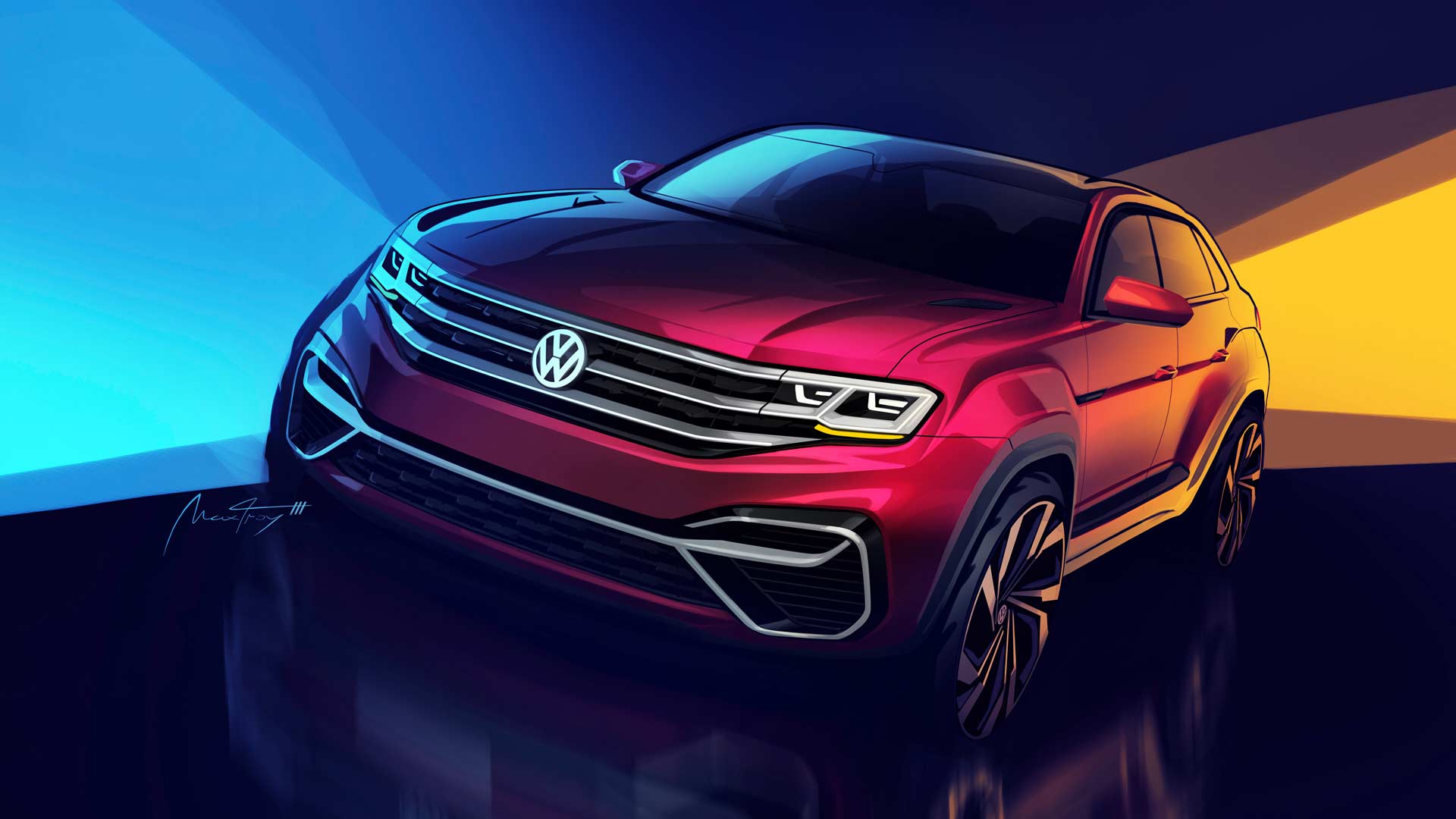 Volkswagen has announced that they’ll be producing a five-seat version of the Atlas SUV with a “coupe-like” roof line, and its near-production concept will be showcased on 28th March at the New York International Auto Show.

Like the seven-seat Atlas, this new five-seat version will also be based on the modular transverse matrix (MQB), and will be produced at the company’s plant in Chattanooga, Tennessee. The new SUV is specially designed and developed for the American market.

The SUV campaign is part of Volkswagen’s Transform 2025+ strategy, because SUVs are experiencing increasingly strong customer demand which makes them an important growth driver for Volkswagen, the company said. One of seven Volkswagen cars sold globally is an SUV. By 2020, 19 SUV models will be offered internationally – from small vehicles in Polo format to large models like the Atlas.

Since it (seven-seat Atlas) was launched last year, more than 36,000 vehicles have been sold. It has made a significant contribution toward boosting the SUV share to over 50 percent in the USA, the company said.

Volkswagen will invest around 340 million US dollars for the new SUV, in addition to investments of around 900 million US dollars already made to expand the plant for Atlas production. The five-seat version of the Atlas will be the third Volkswagen model to be built at the Chattanooga plant. This plant has been producing the US-version of the Passat since 2011 and the Atlas SUV since 2017.