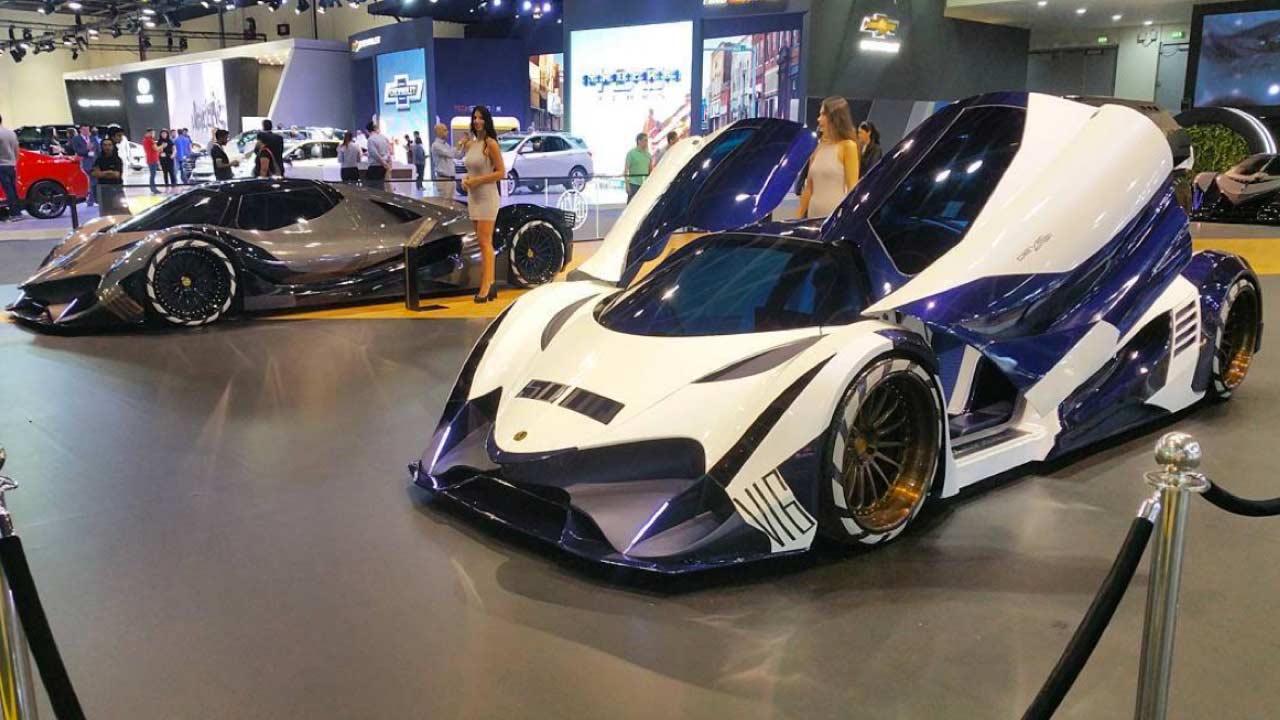 The people at Devel Motors answered the negative comments associated with the Devel Sixteen prototype by showcasing the Steve Morris-built 12.3-litre V16 Quad turbo engine. Later at the 2017 Dubai Motor Show, the Dubai-based startup unveiled the production version as well.

Now though, they’re showcasing a short clip of the Devel Sixteen “playing in the desert on low boost” mode. Needless to say, the turbo spool sound is pretty impressive and makes you feel that the clip should have been a bit longer.

Either way, it’s going to be a difficult task finding tyres and brakes that can handle an enormous power like that.