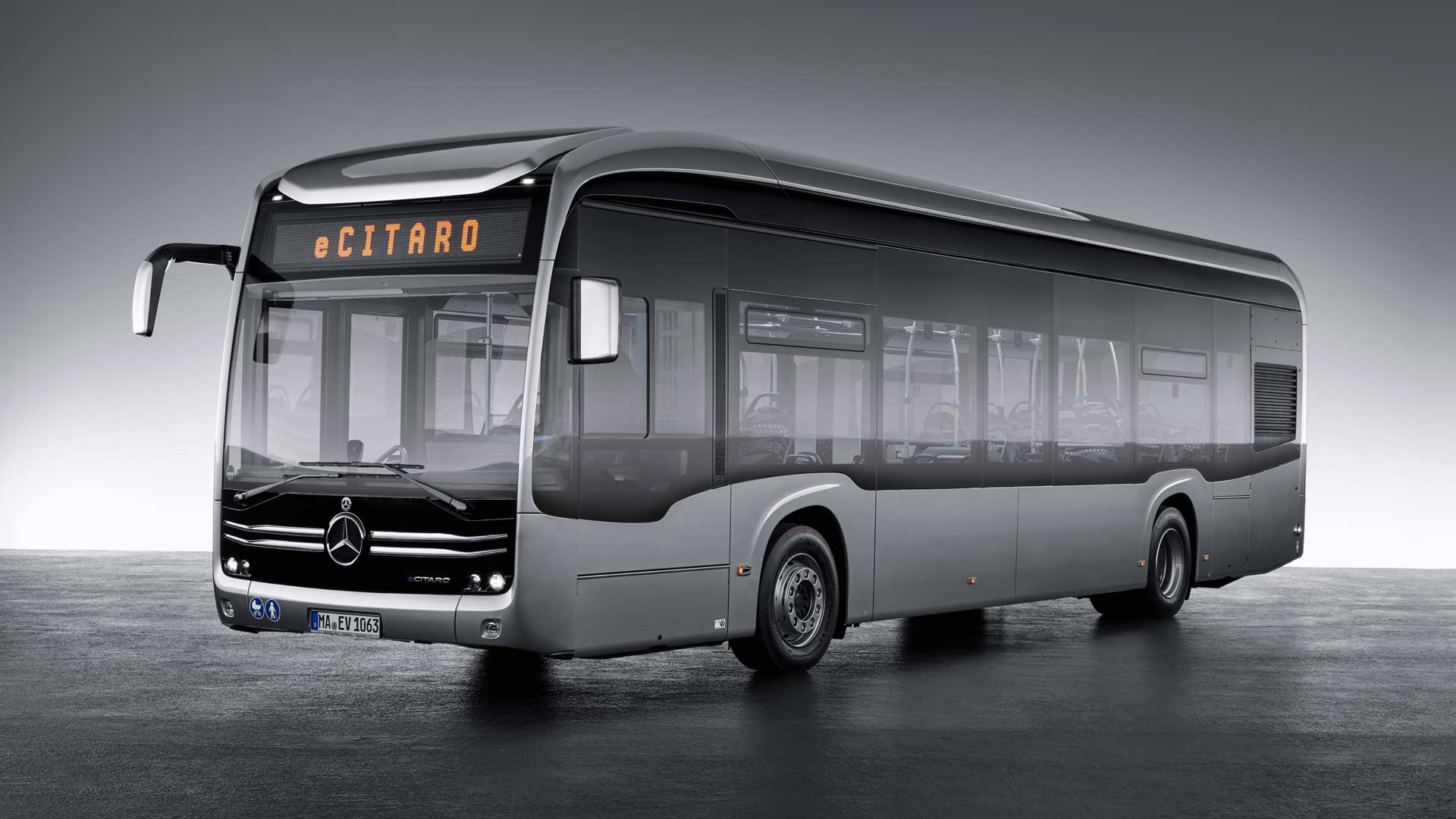 Mercedes-Benz has revealed the eCitaro, the all-electric version of its popular Citaro city bus. The electric bus will make its public debut at the IAA Commercial Vehicles in Hanover, in September 2018.

On the exterior, the bus gets design elements from the Future Bus concept, which includes two slats on either side of the logo. They are made of transparent material but are chromed on the back, resulting in lighting effects from different angles in changing sunlight.

Other features include LED headlamps, the model logo with blue “e”, and curved windscreen from Citaro Ü. Another design highlight is that the roof-mounted equipment is hidden behind a roof-edge ridge made of aluminium. It is segmented to make it service-friendly.

The eCitaro adopts the taillamps, rear hatch and bumper from the existing model range. Interiors feature a new air circulation system which according to the company, lowers the already low interior noise in the passenger compartment even further. The system gets textile ducts in place of plastic air ducts, which are hidden in the new ceiling design.

Also, the light of the LED lamps is refracted in a way to make the modules appear as one homogeneous light panel. The company said that all the interior changes and design features will make it to the entire model series. There are D‑N‑R push buttons to get going or reverse the vehicle. A power metre replaces the rev counter. It displays the current power demand and energy recovery rate. The driver also receives information about the state of charge of the batteries and can access the range, available power and a charging indicator on the central display. The 2.5 tons of batteries add a lot of extra weight. The engineers managed to balance the bus by installing four battery modules in the rear overhang and up to six further battery modules on the roof, on the level of the front axle. This axle has a load-carrying capacity of 8 tonnes and thus, depending on the variant, the bus can carry around 88 passengers.

The modular lithium-ion batteries form a total capacity of up to 243 kWh. Each battery module is made up of 15 cell modules, where each separate cell module houses 12 prismatic cells of 37 Ah each. As for the range, Mercedes-Benz prefers to consider a “worst-case scenario” and according to a standardized city driving cycle known as SORT2, the eCitaro achieves an operating range of around 150 km (93 mi) in the summer. The company further adds that under ideal conditions, the eCitaro even drives around 250 km (155 mi) without charging.

The eCitaro has already received orders and the deliveries will begin at the end of 2018. 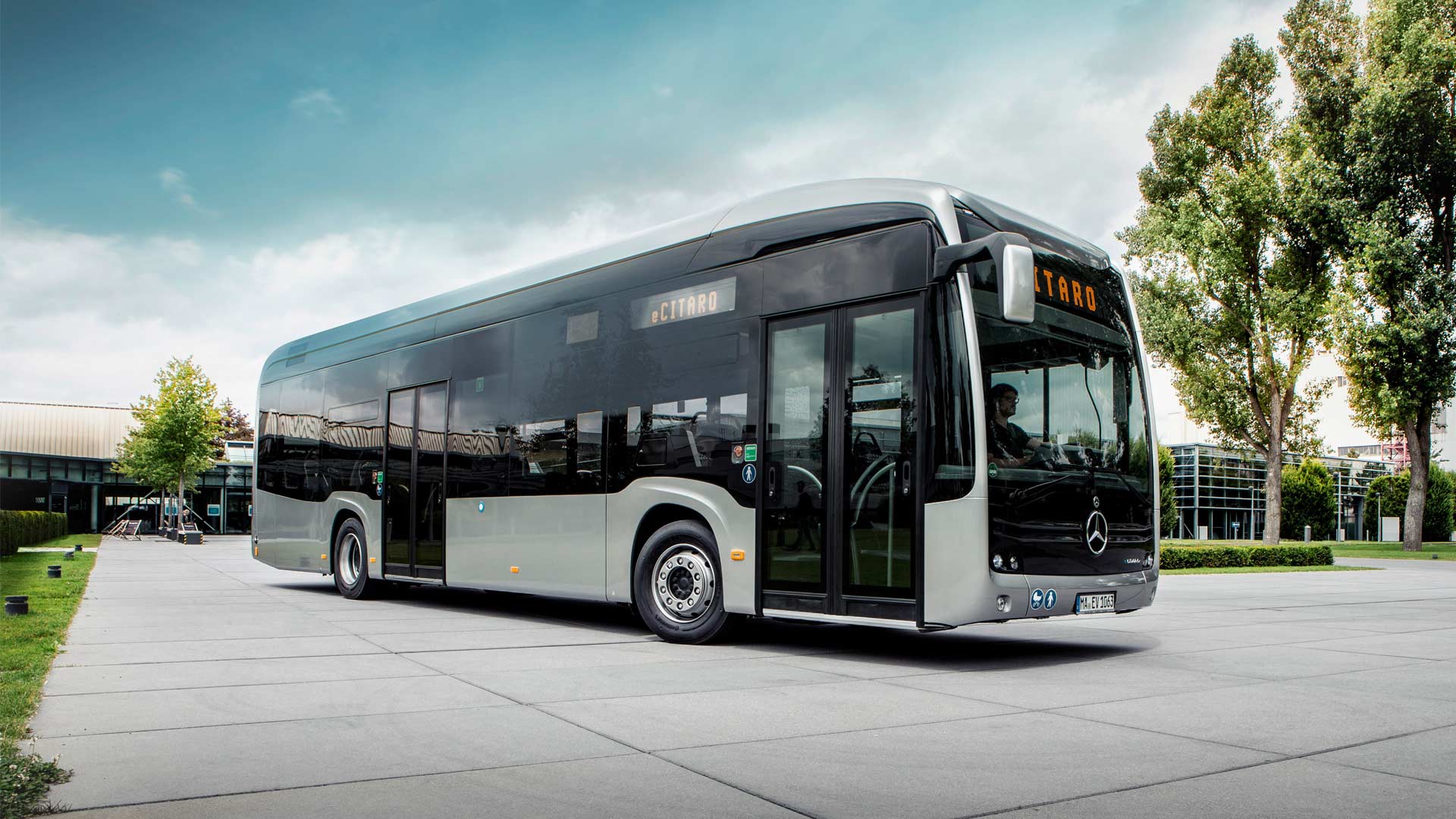 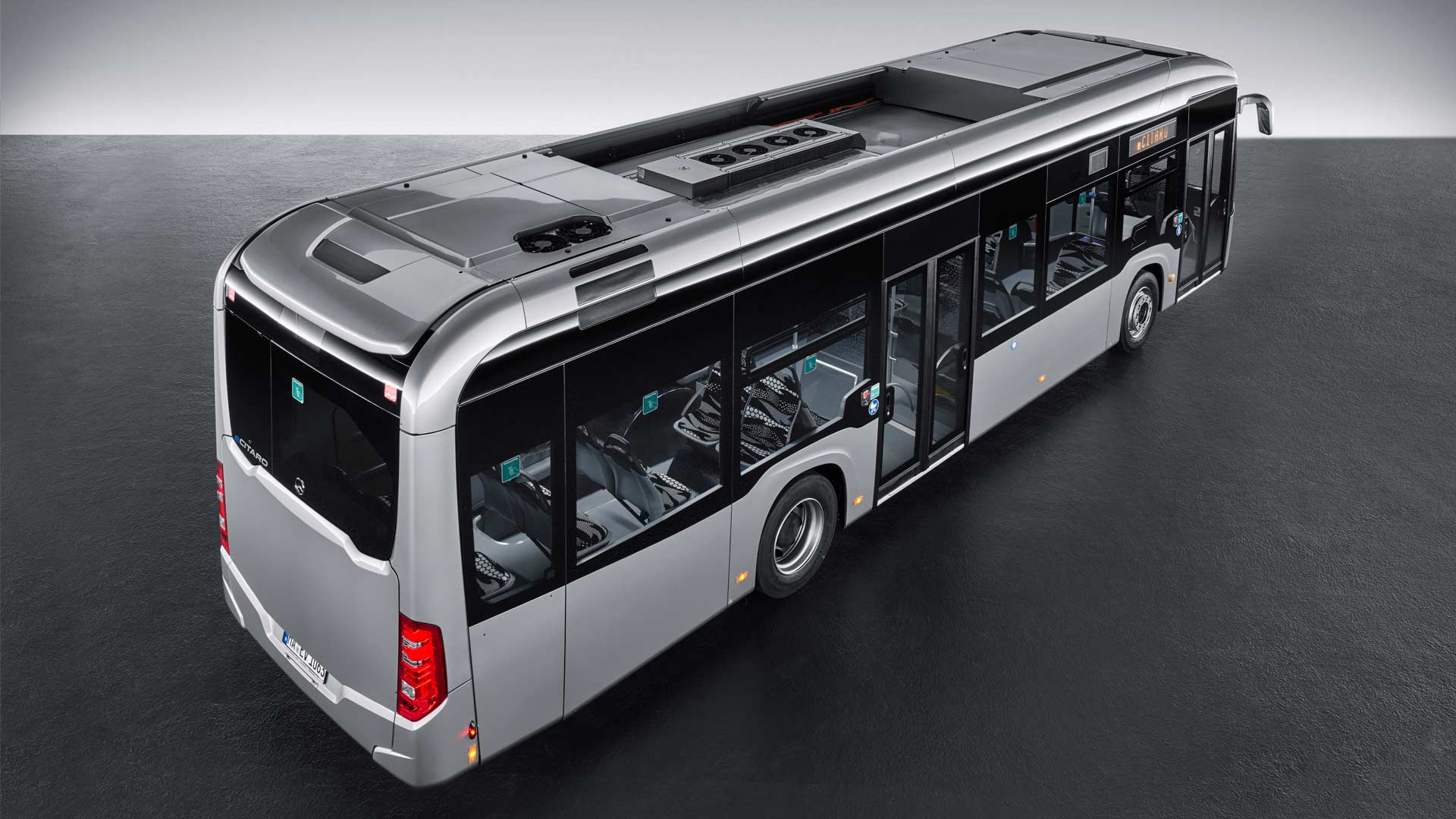 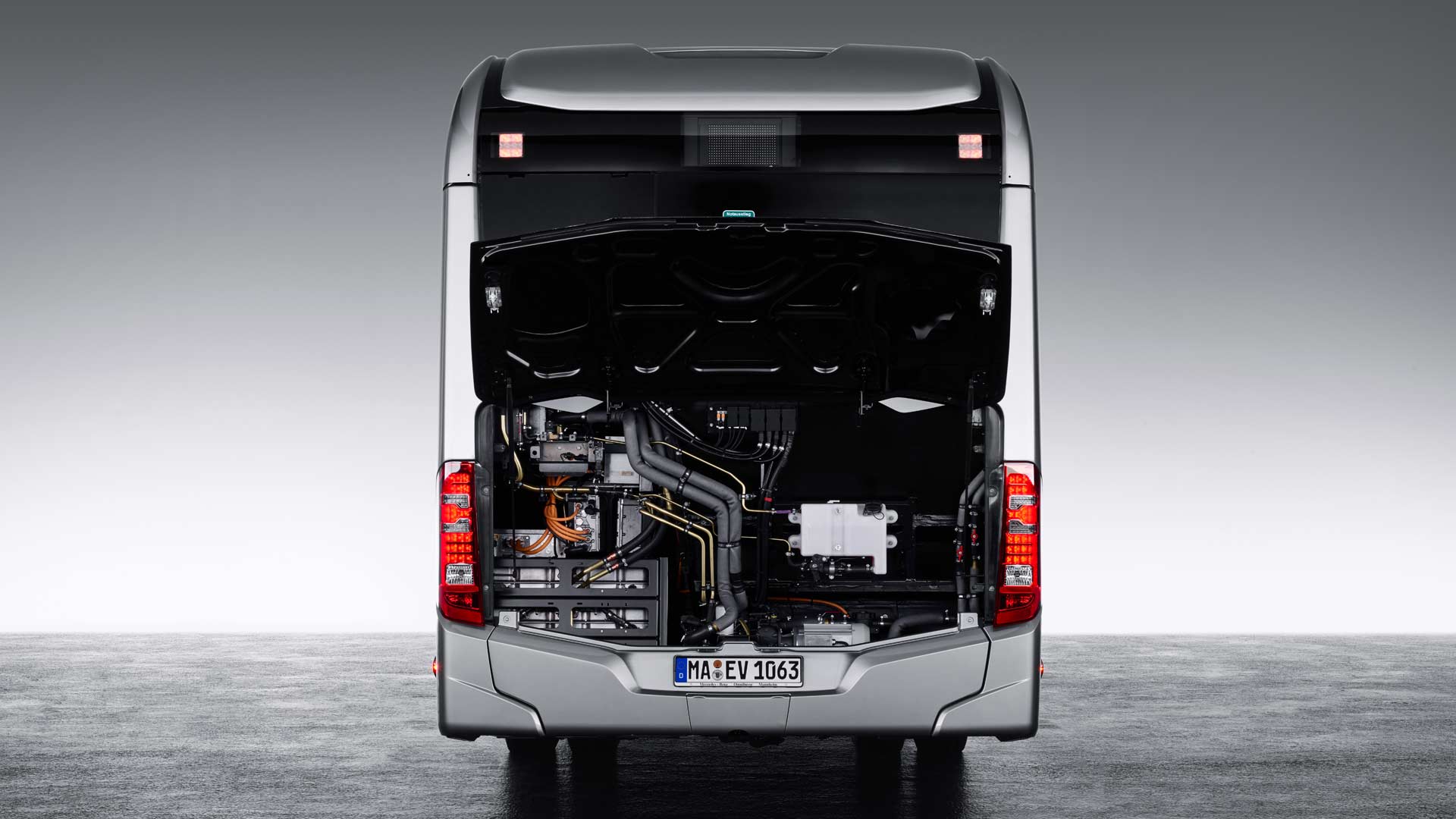 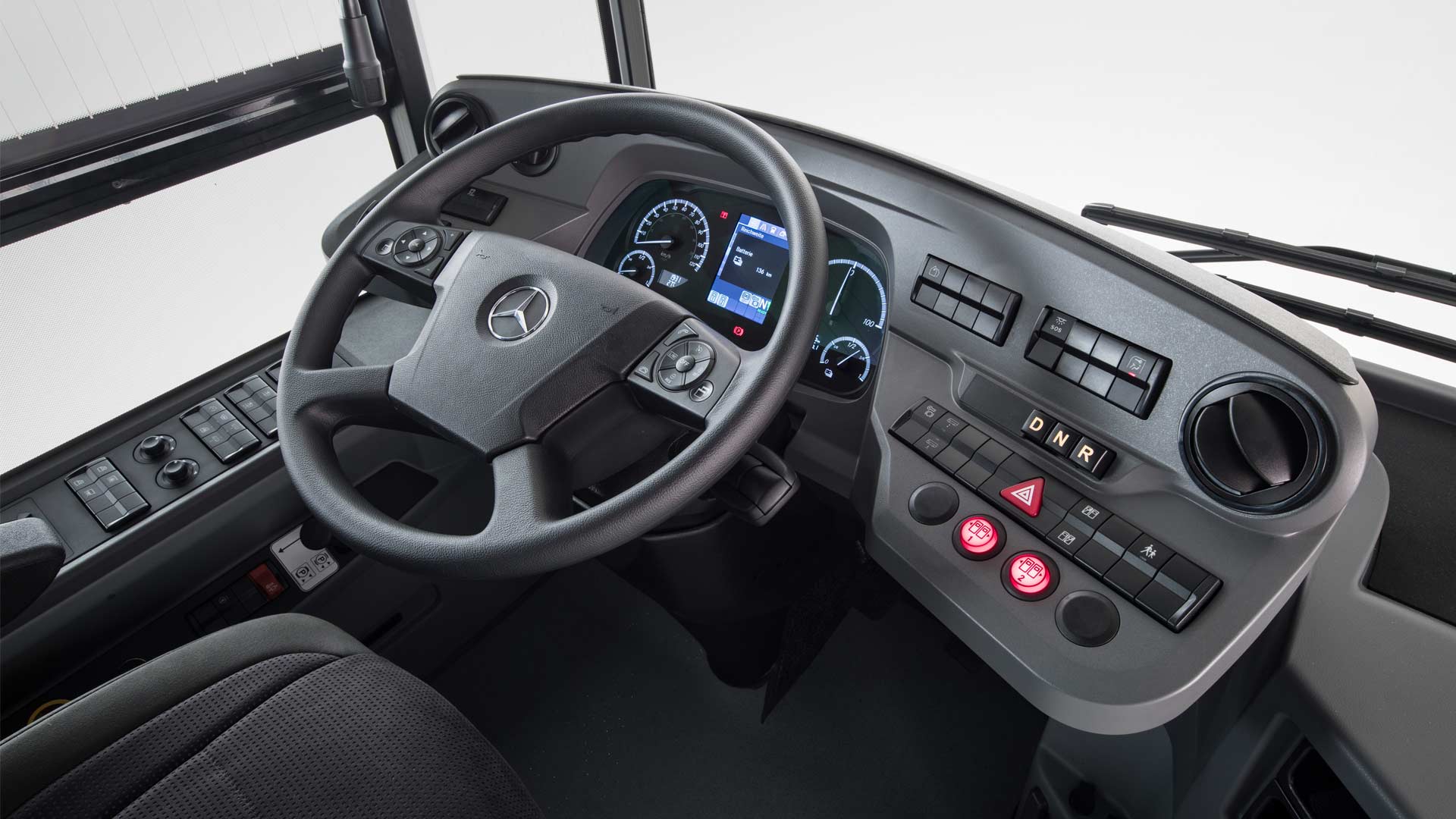 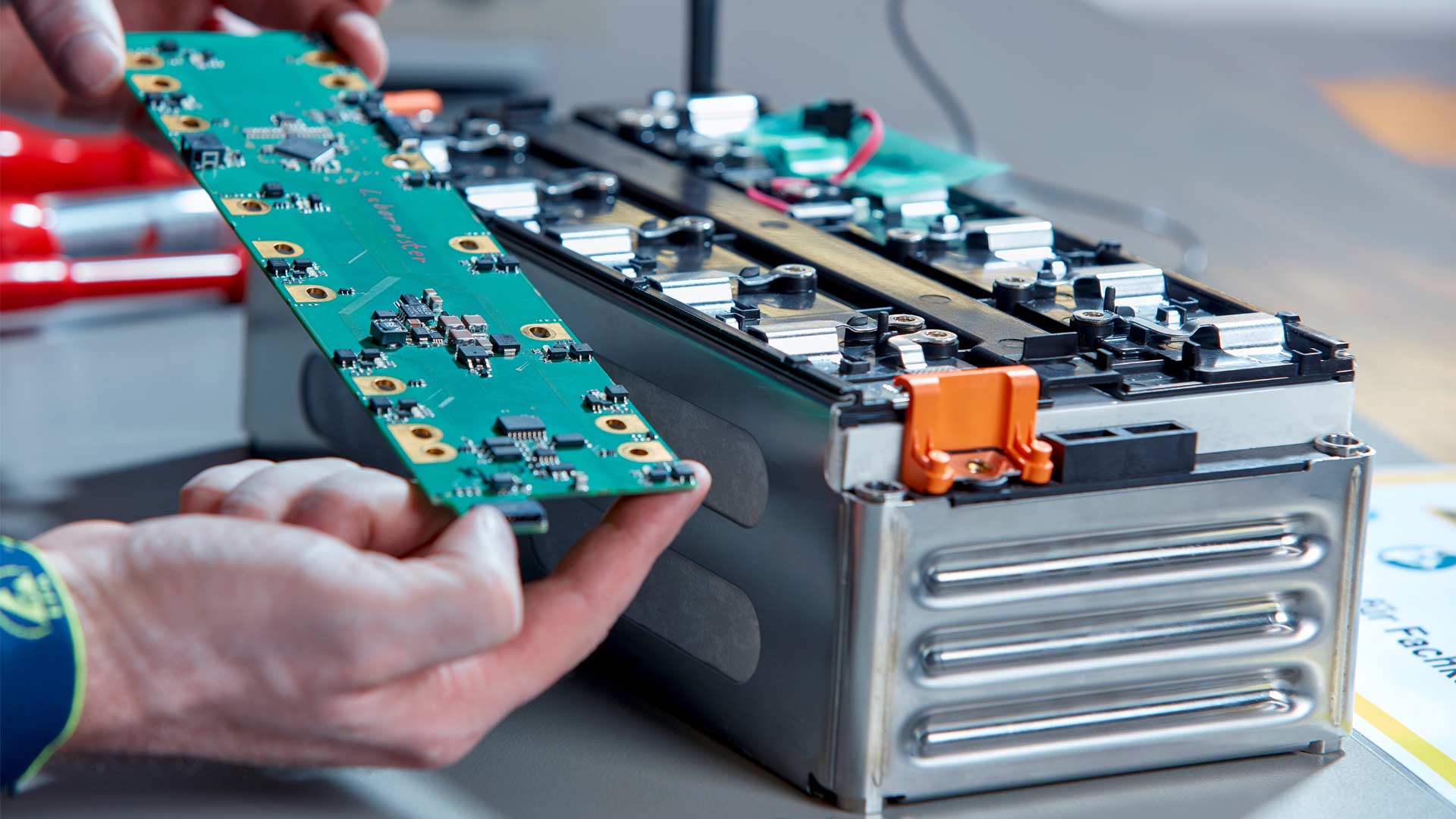