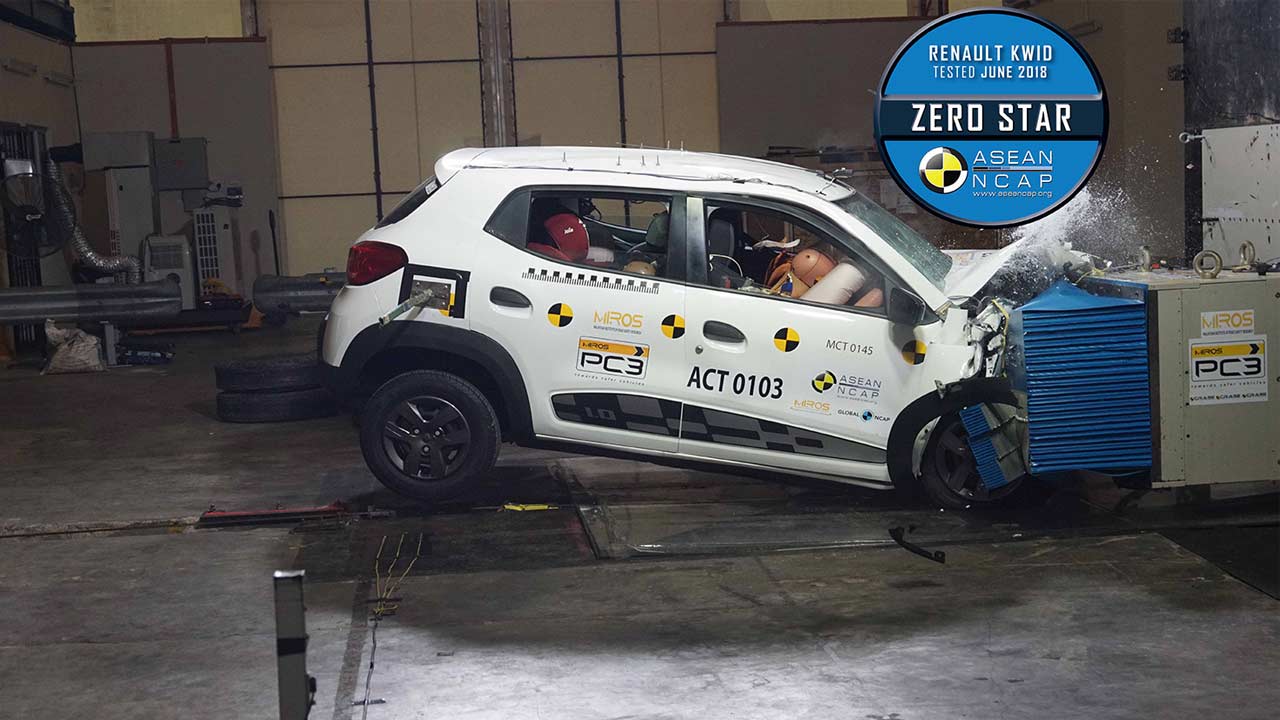 The Renault Kwid, manufactured in India for the Indonesian market has been awarded an embarrassing zero star in the latest ASEAN NCAP crash tests.

The tested variant was of 2018 model year, and had 1.0L engine. Besides a driver airbag and driver seat belt pre-tensioner & load limiter, the Kwid sold in Indonesia doesn’t offer any other safety equipment.

The Kwid obtained 10.12 points in the Adult Occupant Protection and 14.56 points in the Child Occupant category, resulting in an overall score of 24.68 points. Furthermore, no ISOFIX mounts in the car contributed to the car’s zero star rating.

David Ward, Global NCAP Secretary General, said – “It’s very disturbing to see such a poor result for the Kwid. Renault have shown that they can make a much safer version in Latin America, so why not in South East Asia too? Different regions and double standards from Renault is deeply disappointing!”