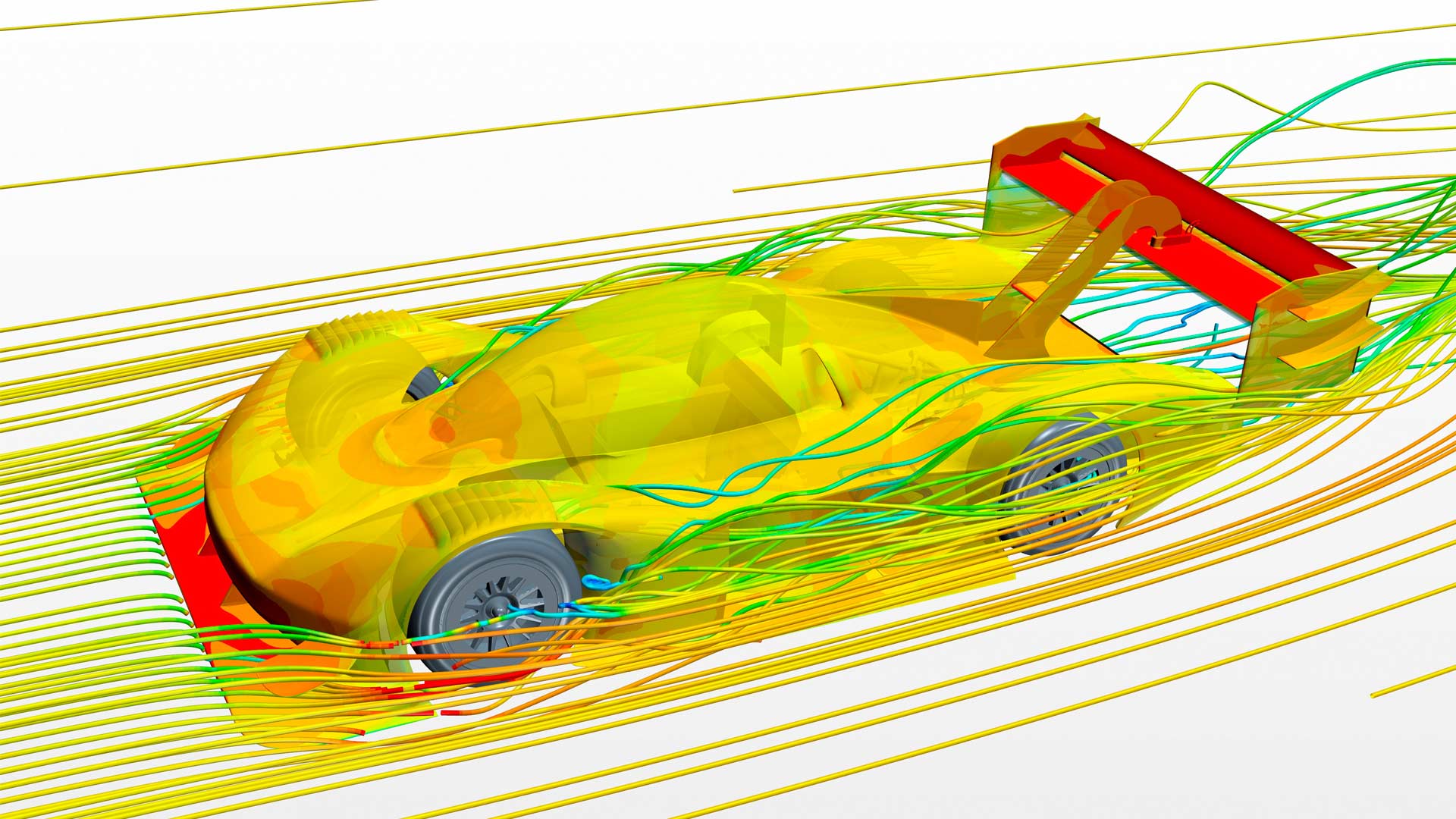 One of the success factors that contributed to Volkswagen I.D. R Pikes Peak‘s victory is heavy computer simulations in the initial phase of development.

According to Benjamin Ahrenholz, head of calculation/simulation at Volkswagen Motorsport, the computer was used in multiple areas. “We used simulation programmes to calculate the components of the I.D.R Pikes Peak facing heavy structural wear and tear, for example, the chassis, monocoque, rear subframe and rear wing,” he said.

“This enabled us to simulate which components of the I.D. R Pikes Peak might need to be strengthened, where we could conserve material and thereby weight, or where the construction might need to be changed,” described Ahrenholz.

Also, the 19.99 km track already existed as a computer model which further helped Ahrenholz’s team. The upper section of the track in particular posed challenges for the Volkswagen Motorsport engineers. “The road surface there is so uneven that the load on the chassis is much greater than on the extremely level strip of the lower section of the racetrack,” said Ahrenholz. “We weren’t entirely sure what would await the I.D. R Pikes Peak in the upper section beforehand, which is why we factored in a certain safety margin.”

Another computer-based technology used during the development of I.D. R Pikes Peak’s aerodynamics was computational fluid dynamics (CFD). The computer programme calculated how even the smallest modifications to the body and the spoilers of the I.D. R Pikes Peak affected the drag coefficient, downthrust or the inflow of coolers. “In this way, we simulated hundreds of different configurations before we tested a 1:2 model in the wind tunnel,” said Ahrenholz. The scale model had about 2,000 3D printed plastic components, as carbon fibre would make the team wait for several days or weeks. The big rear wing however, was made from aluminium. Some small 3D printed components made it to the actual race car.