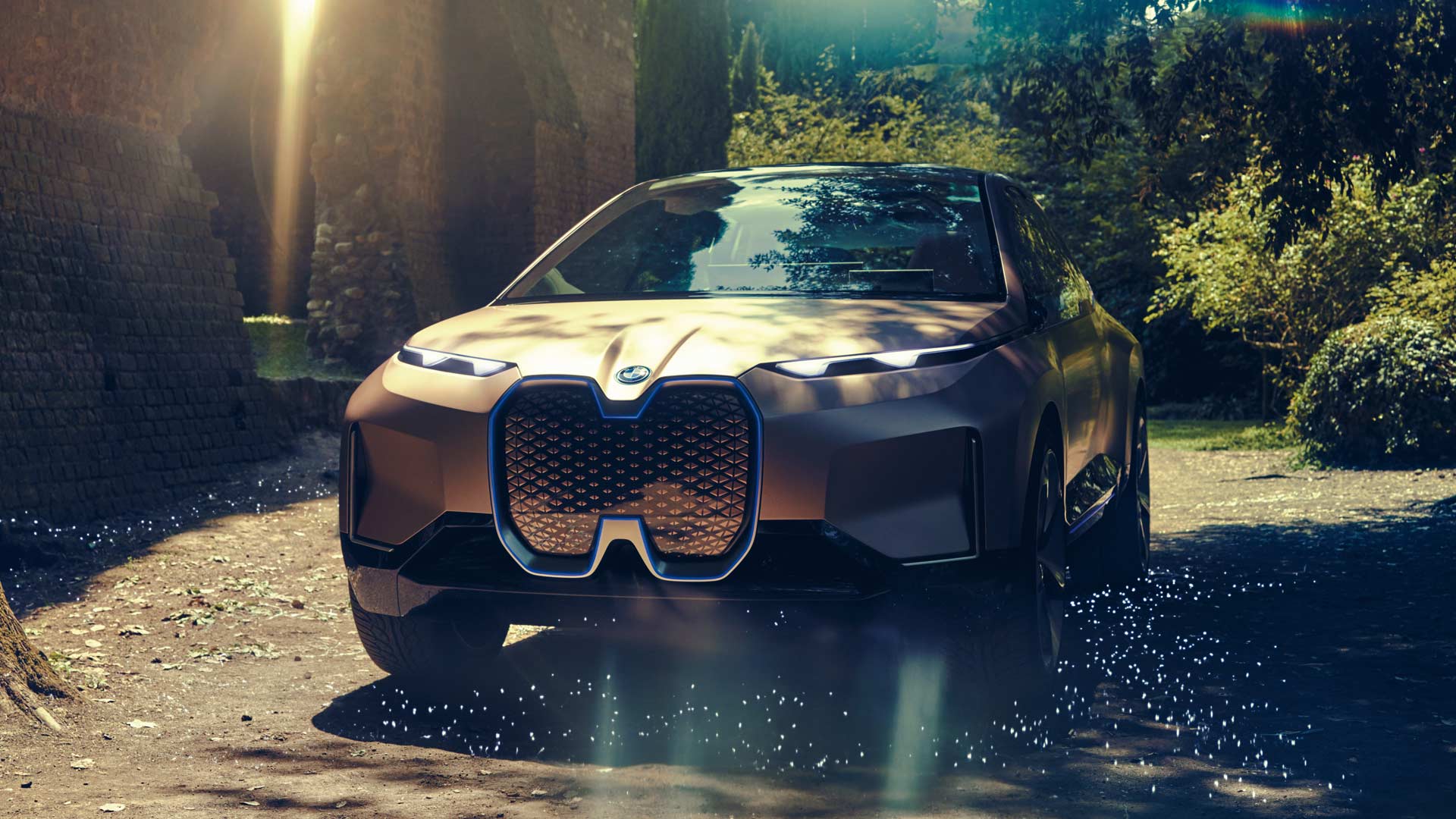 The end of ICE or Internal Combustion Engines as we know it is inevitable; it’s just a matter of time. But when it comes to driving yourself, there is still some hope. The future is not all autonomous and boring, just like the concept here.

Unlike the other concepts we’ve seen recently, the Vision iNEXT doesn’t take away all the controls. BMW doesn’t mention the level of automation, but simply says “highly automated”.

The polarizing exterior design is finished in Liquid Greyrose Copper. As with all-electric vehicles, the large kidney grille is blanked off but houses various sensors. The super-slim headlights are a modern interpretation of BMW’s signature four-eyed front end. Unlocking the vehicle causes the blue accents to light up, accentuating its lines.

Naturally, the cameras assume the job of exterior mirrors, while touch-sensitive illuminated graphics replace the conventional door handles. Compared to the front end, the rear design is more likeable. Rounding off the looks are large 24-inch aerodynamically optimized wheels. The interiors are very minimal and relaxed, just like the environment in your living room. There’s a blend of cloth and wood materials resembling the furniture. The Purus Rosé, Brown and Beige are used for the cockpit’s colour scheme with accents in Mystic Bronze, while the rear compartment is dominated by the petrol-coloured Enlighted Cloudburst cloth upholstery.

The centre console with its open-pore wood finish gives it the appearance of a floating coffee table. Under the wooden panel is a shell made from illuminated crystal glass, which refracts the incoming light and splits it into a multitude of colours and bathes the interior in light reflections.

The more interesting part is that the vehicle has ‘Boost’ and ‘Ease’ modes which changes the driver’s environment. When Ease mode is engaged, the steering wheel retracts slightly, creating a more open sense of space. The display panels switch from driving-related content to ‘Exploration Mode’, which provides the driver and passengers with suggestions of places and events in the surrounding area that could be of interest to them.

The Boost mode is self-explanatory, and according to BMW, it “delivers a highly dynamic and virtually silent driving experience with zero emissions” for the driver if he wishes to drive himself.

If you’re wondering about other controls, there is something called “Shy Tech”. The technology becomes visible and operable only when it is required by the driver or passengers. It is possible to operate various functions via surfaces made out of wood or cloth.

The technology appears to be made of fibre optics which projects the light and turns any surface into an interactive display. In Ease mode, the centre console’s perforated wooden surface assumes this control function. There’s also Intelligent Personal Assistant which responds to “Hey BMW” wake-up command.

Last but not the least, “In 2021, Sheer Driving Pleasure will be reimagined in the form of the series-production BMW iNEXT,” the company said. 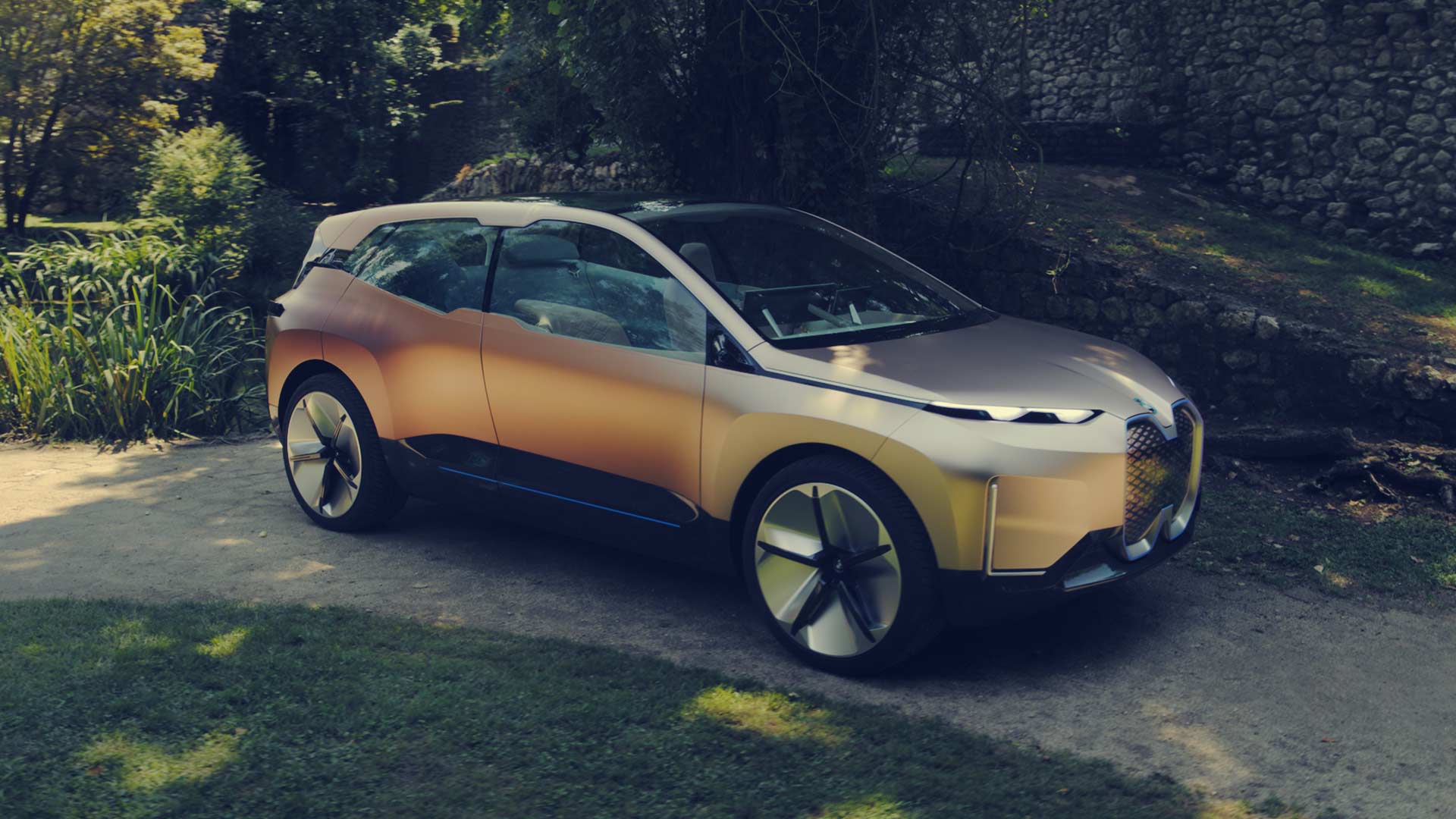 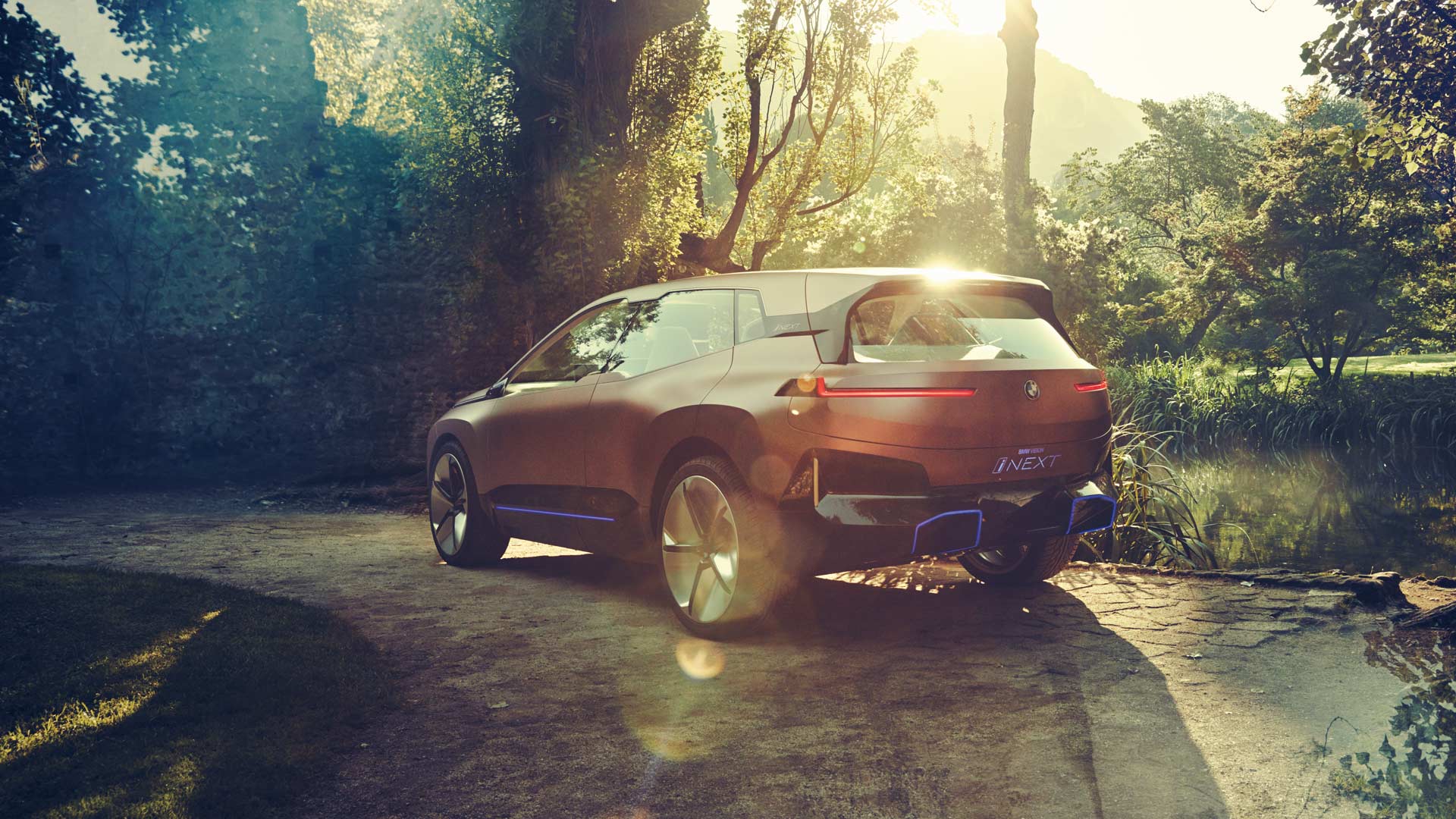 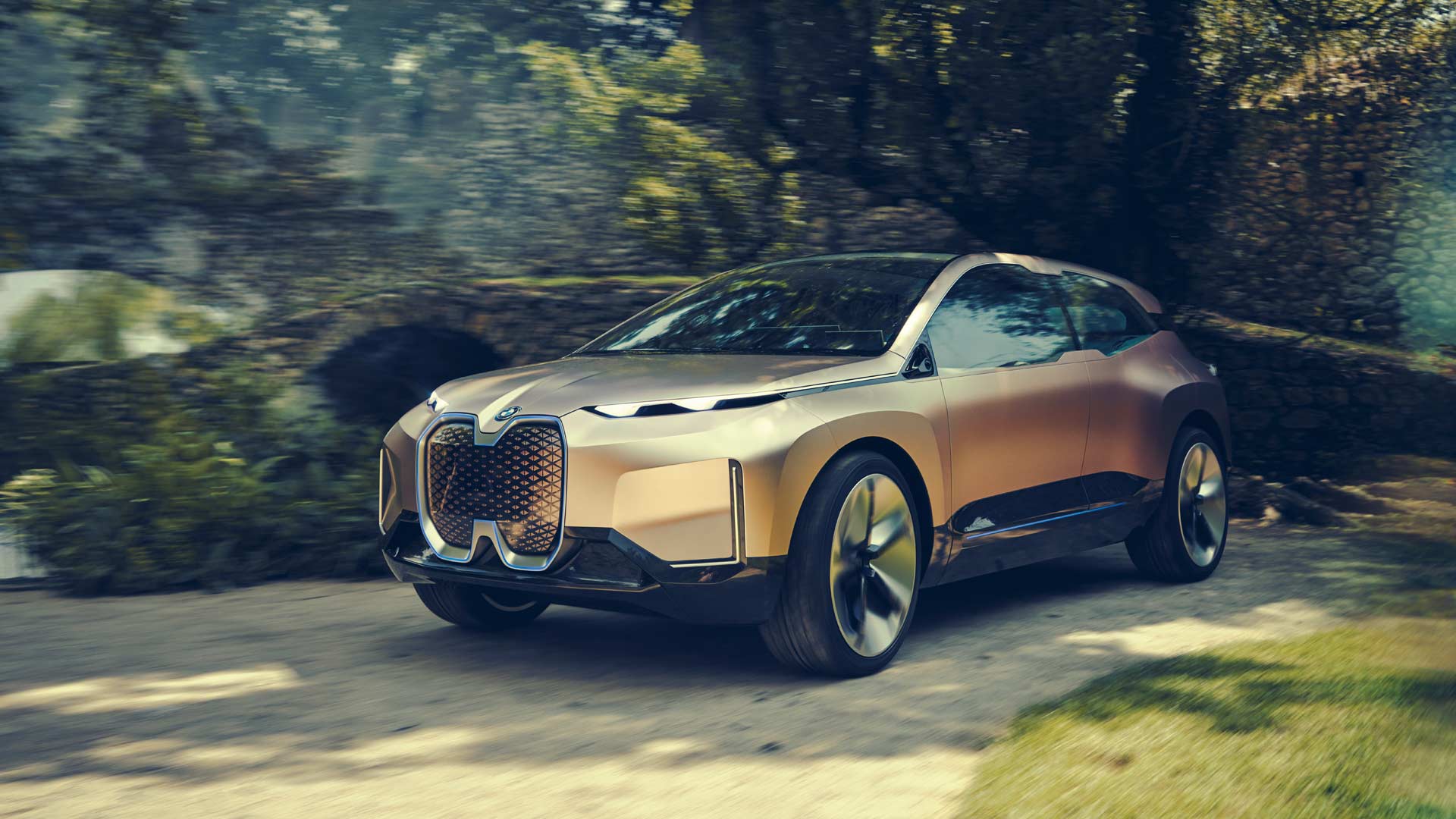 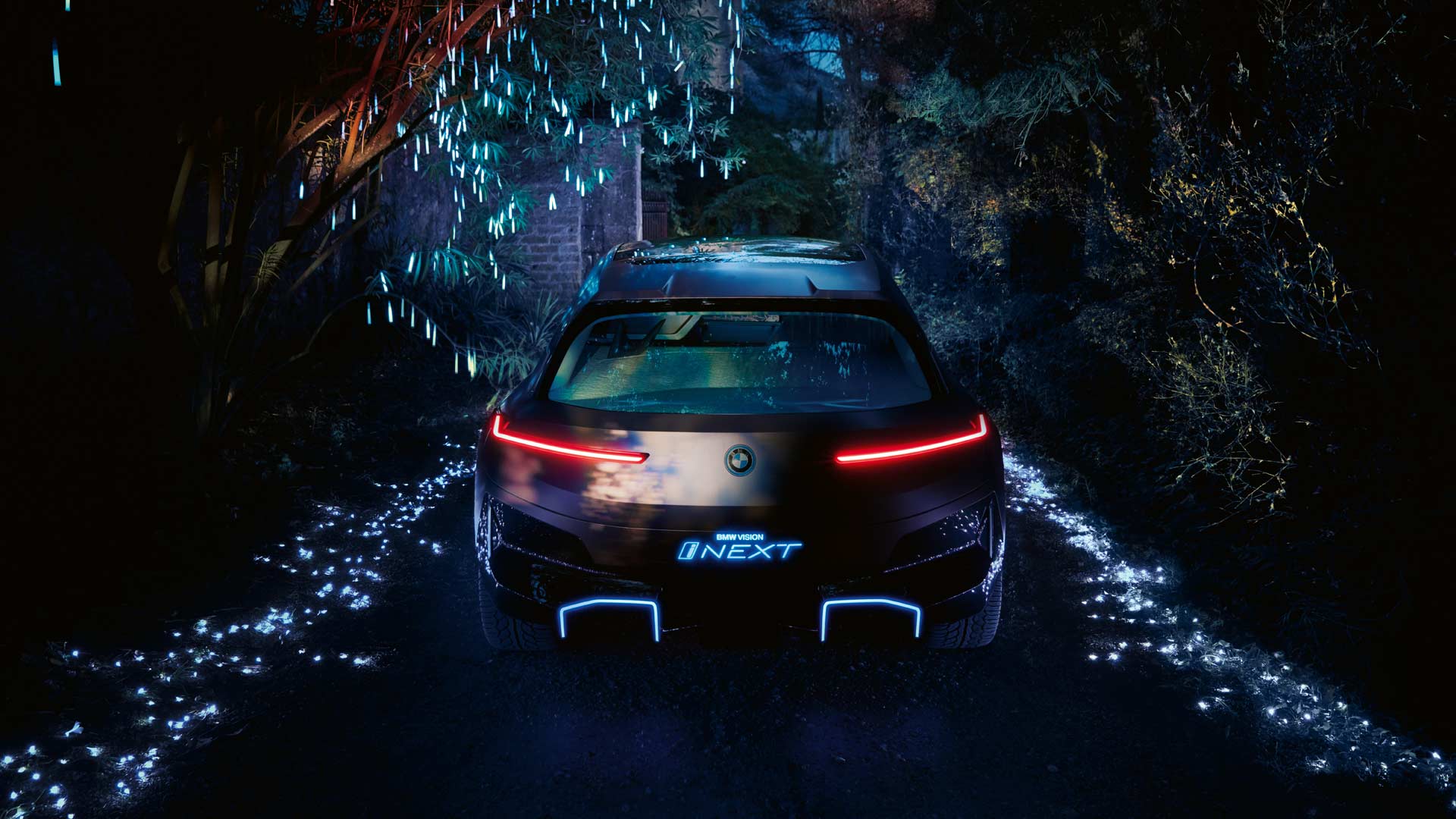 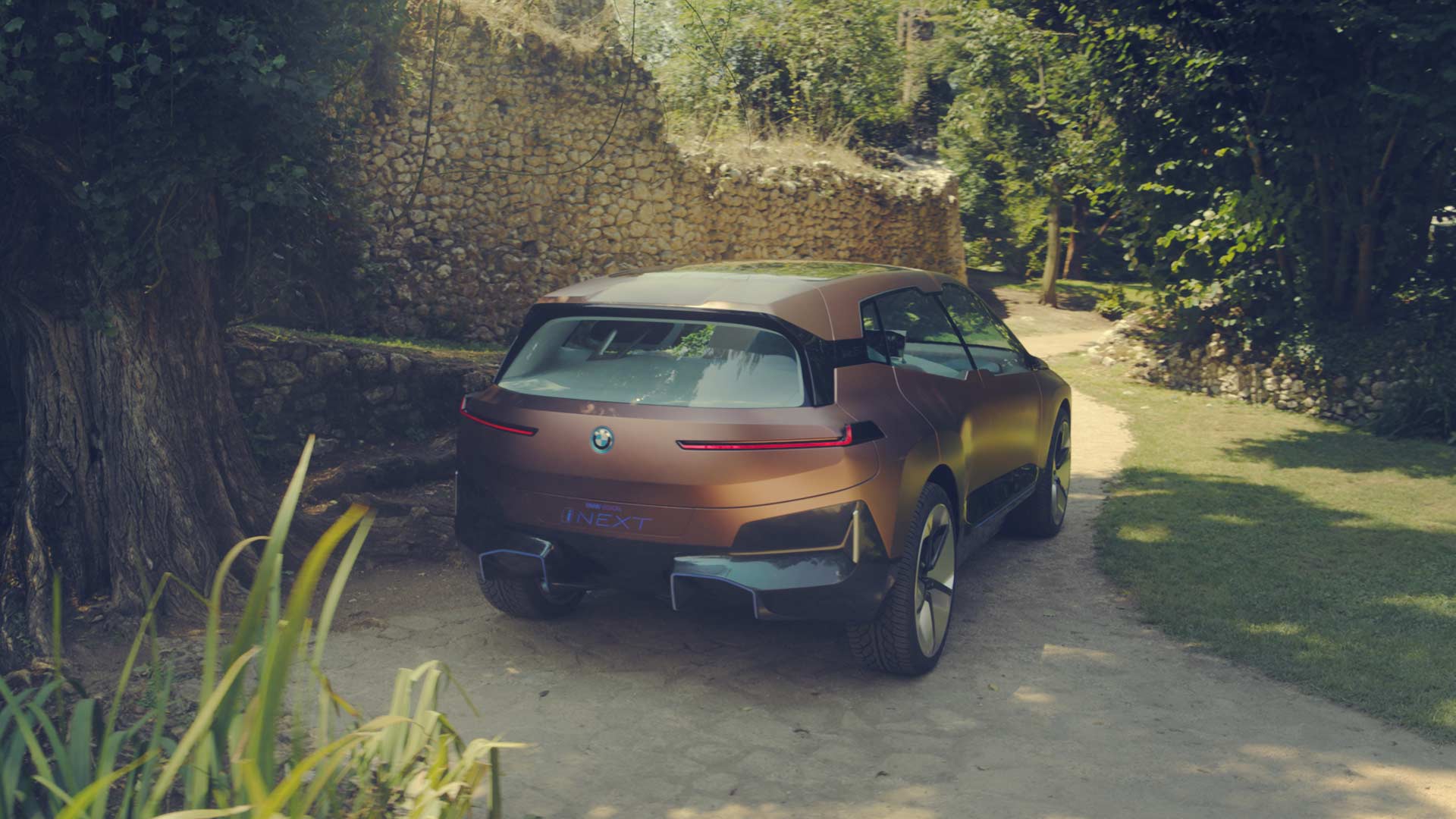 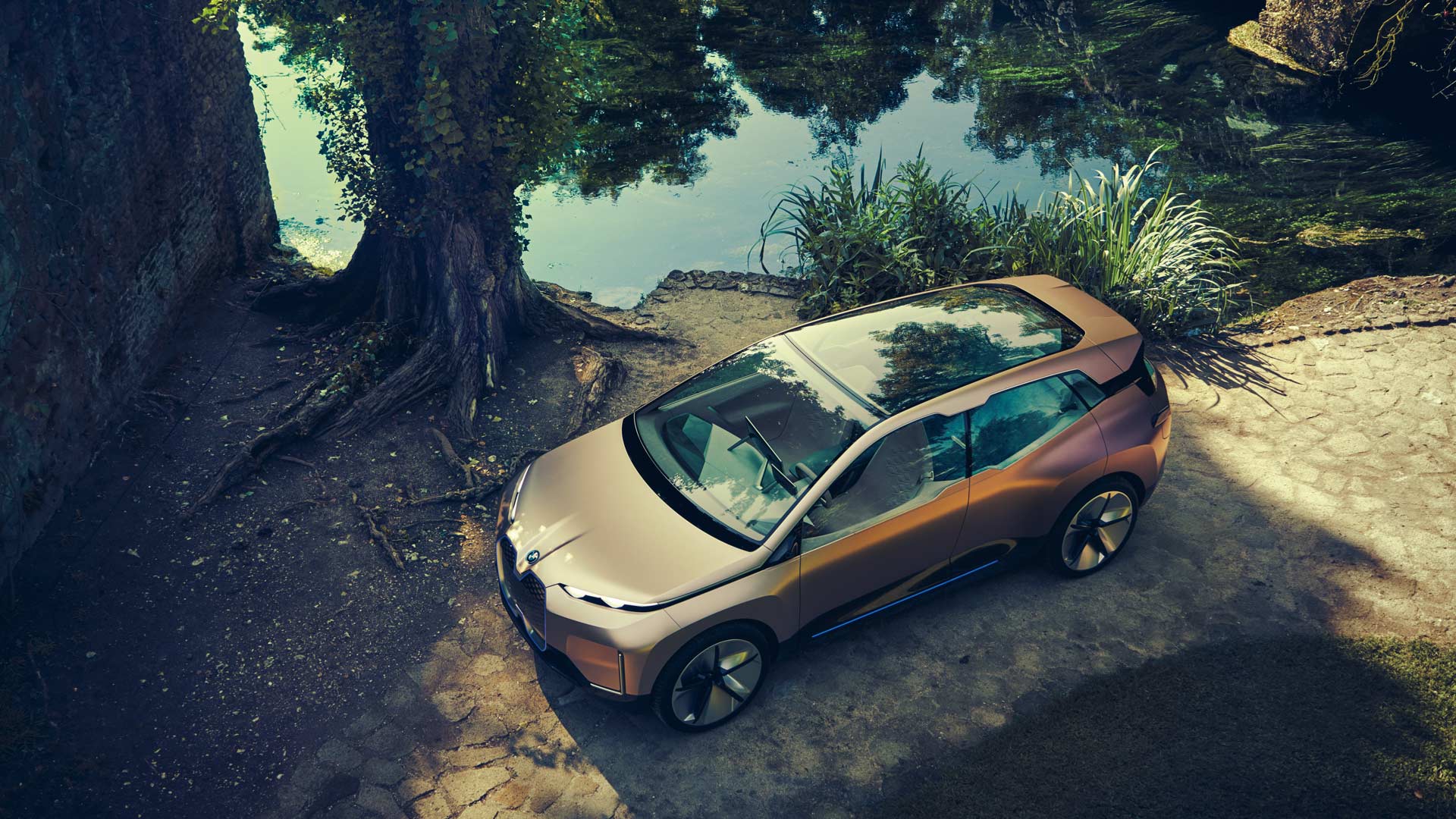 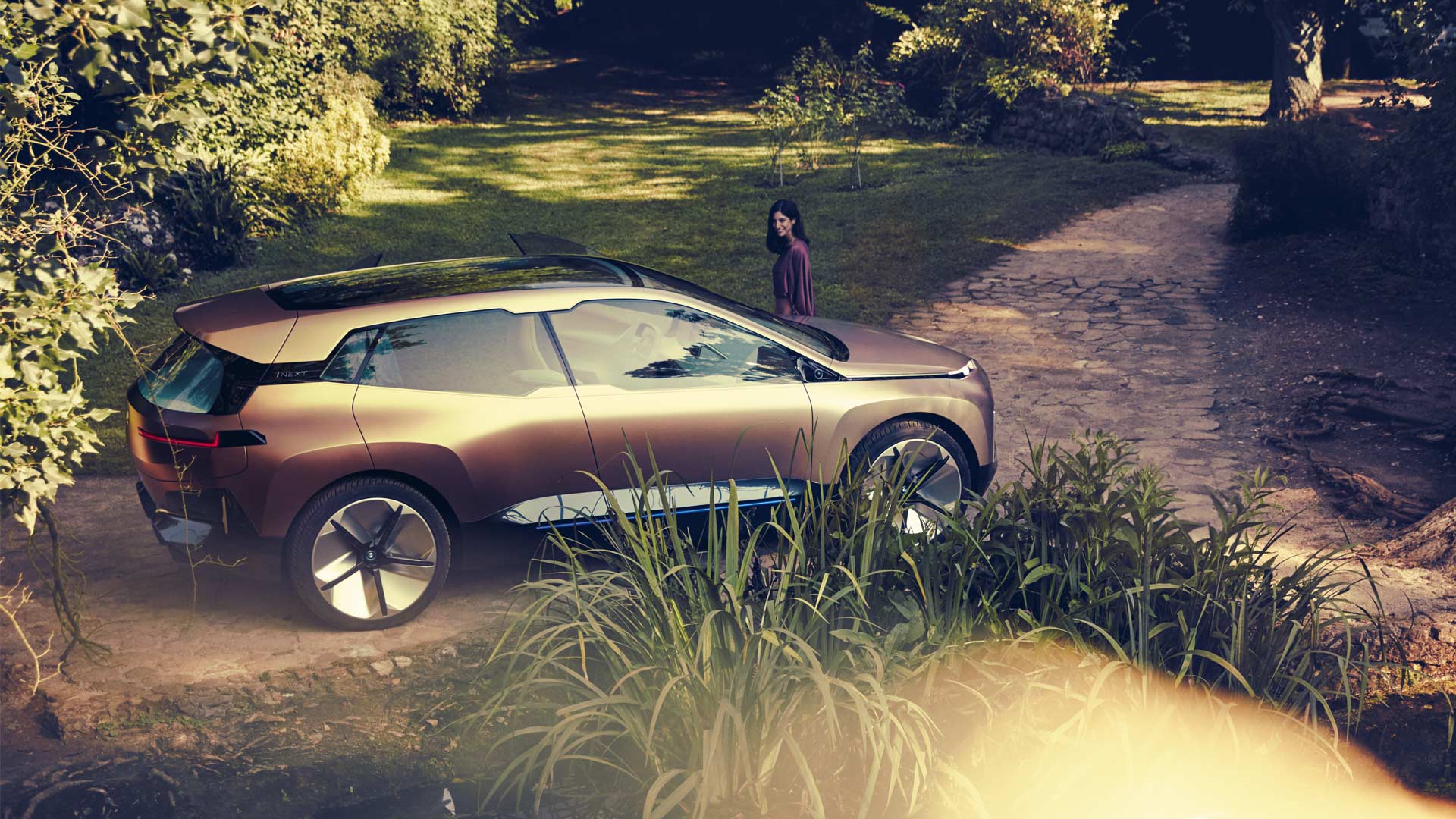 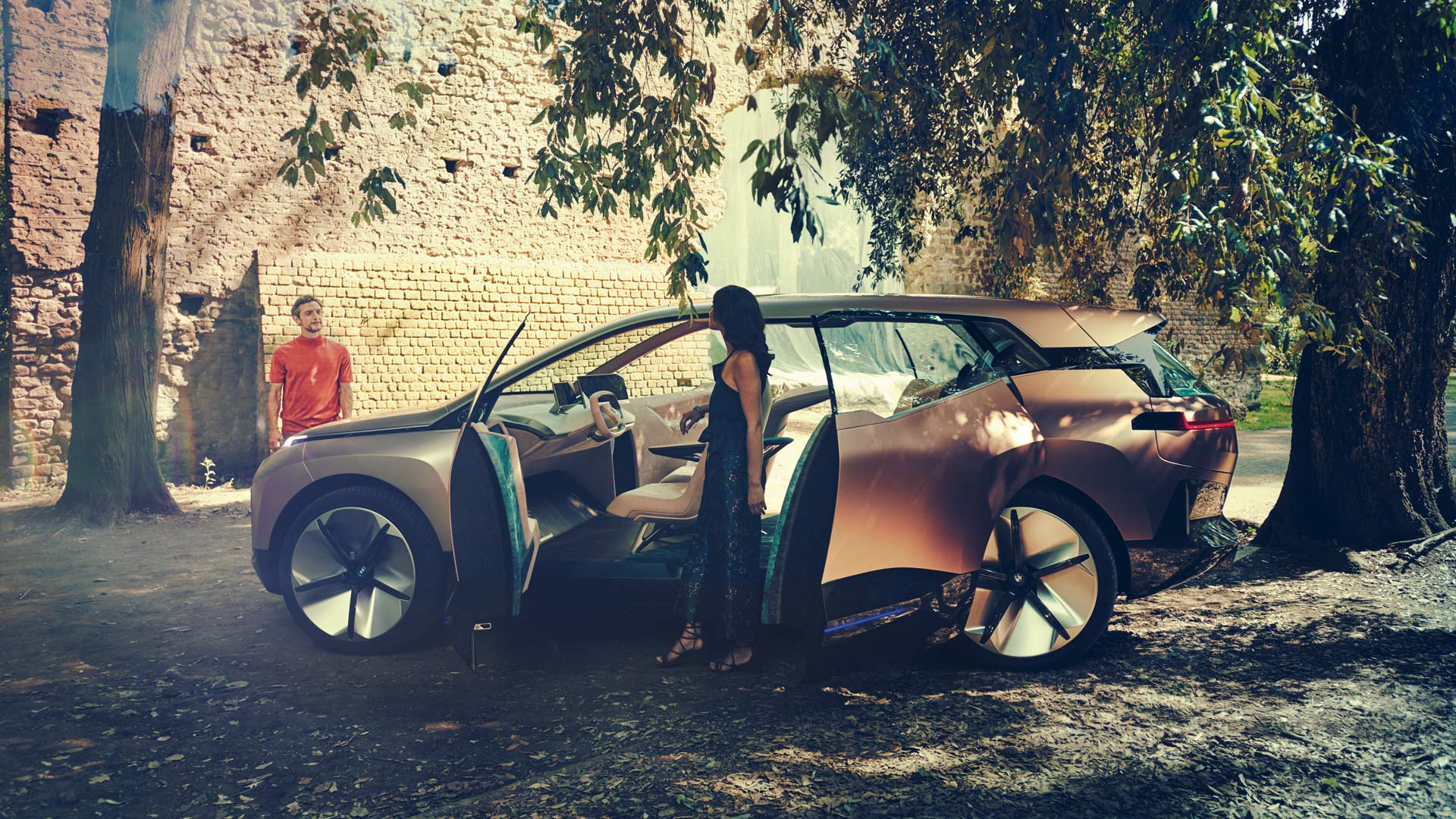 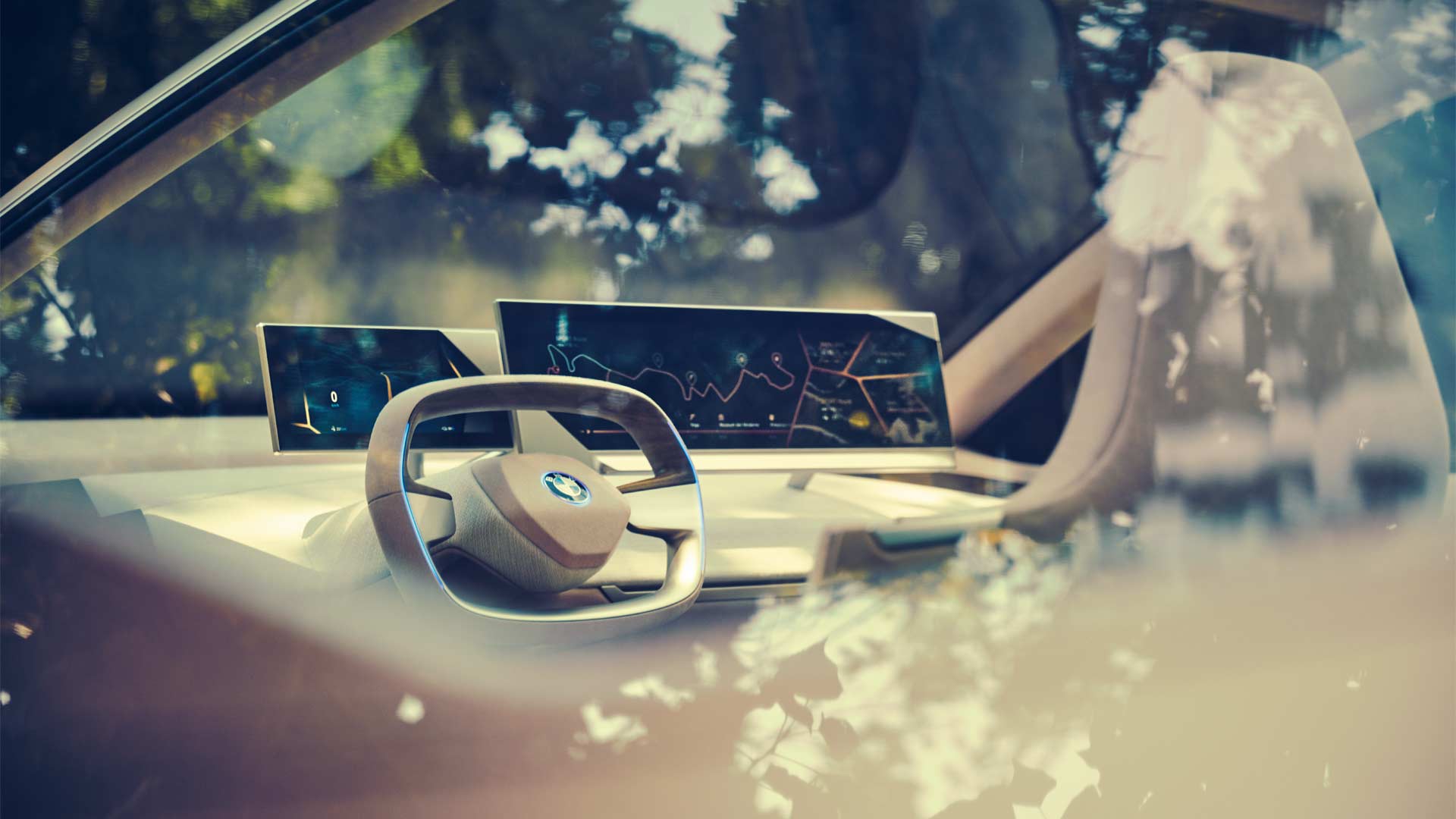 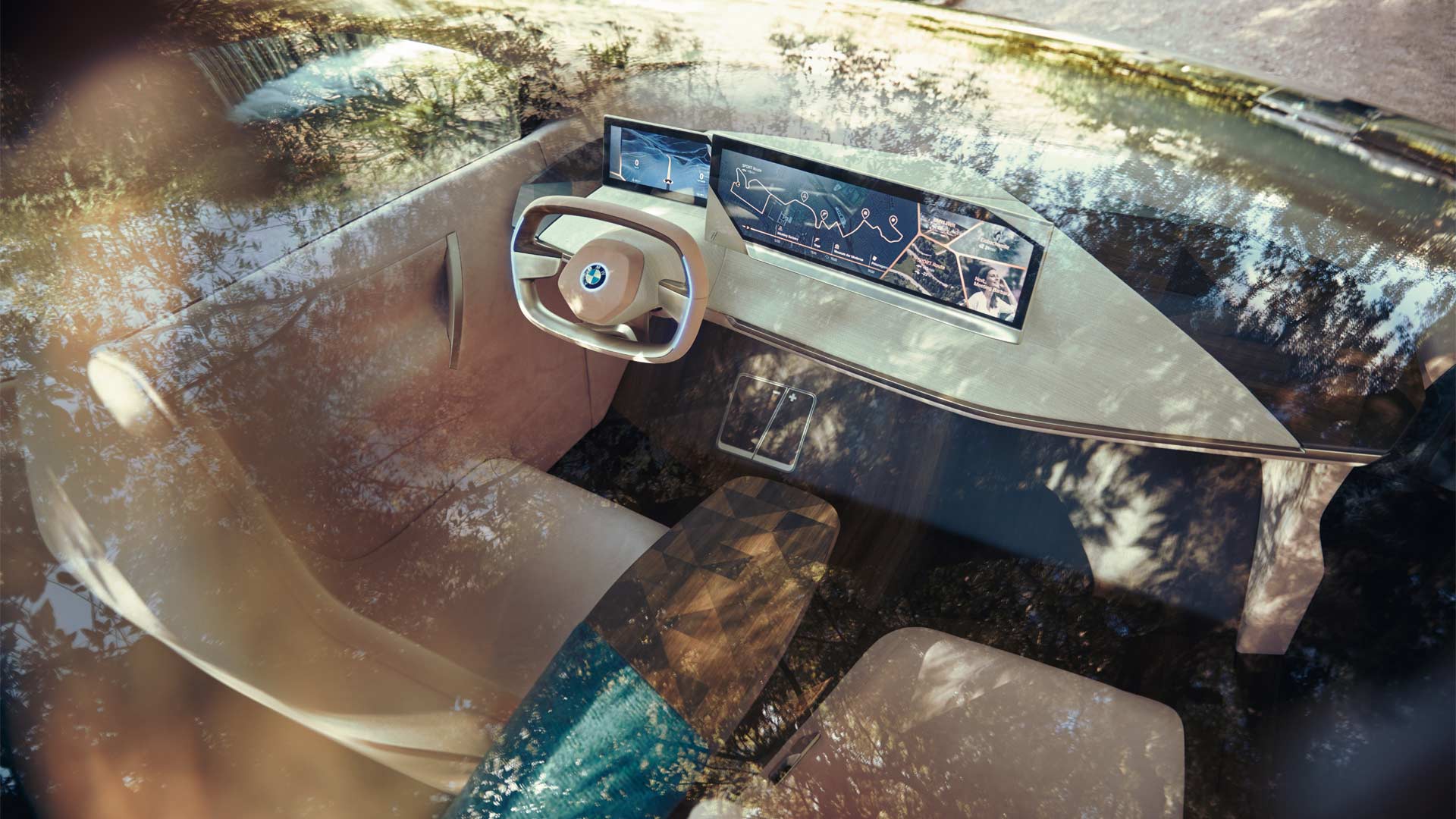