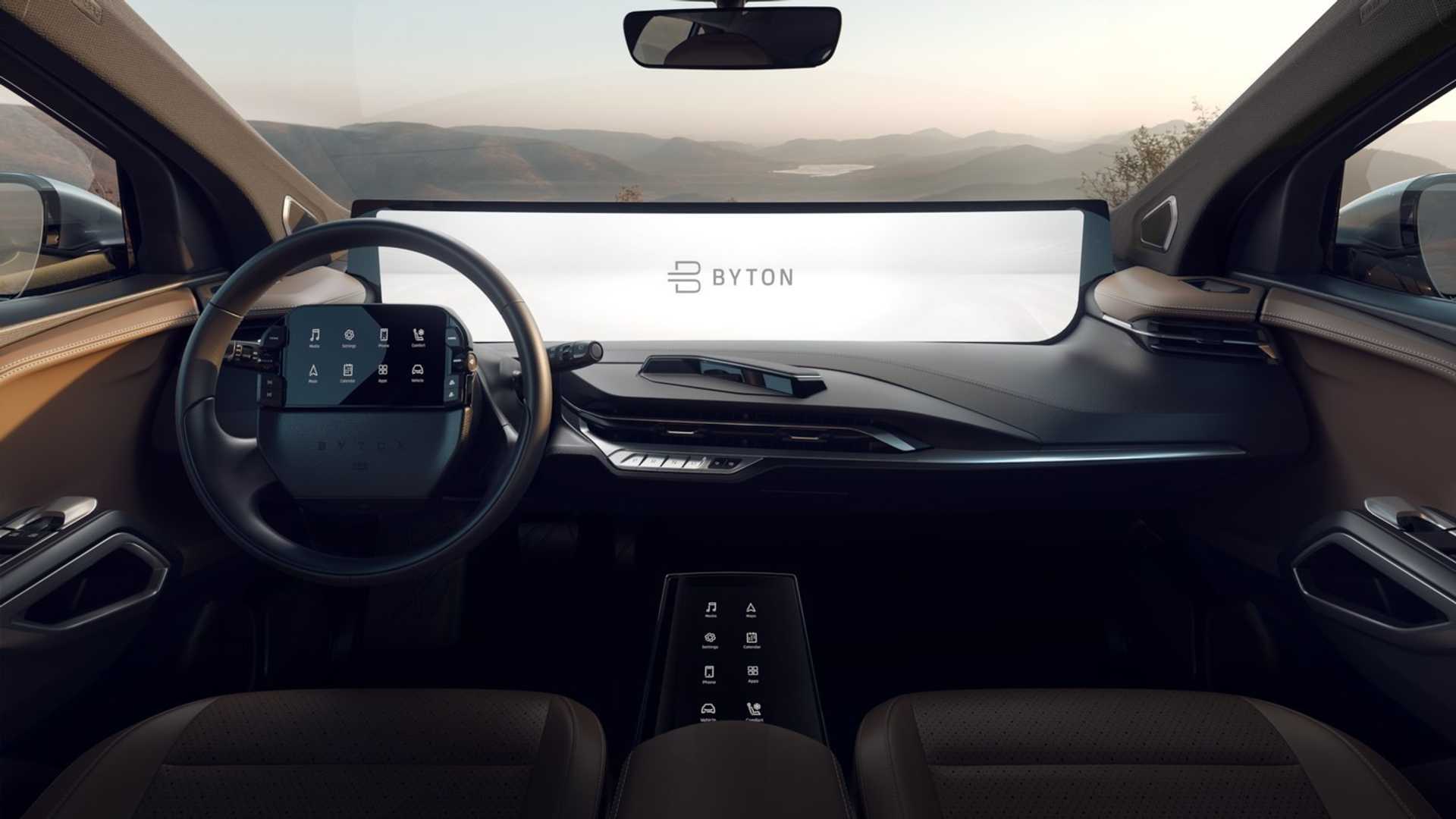 At last year’s CES, Nanjing-based electric vehicle start-up Byton showcased a concept SUV featuring a gigantic display behind the steering wheel, which stretches across the dashboard—all the way to the passenger side.

The production interior of the M-Byte carries over that display. While it appears to be a big distraction to the driver, Byton assures that the position of the “Shared Experience Display (SED)” has been carefully developed and tested to not affect the driver’s line-of-sight and can automatically adjust brightness according to the changes in ambient lighting to avoid further distraction.

Apparently, the SED will meet automotive safety standards as well as crash standards in all target markets. As you might have noticed, the driver also has a 7-inch tablet at the center of the steering wheel—just above the driver airbag, which will serve as one of the main interfaces for the driver to configure the vehicle and interact with the SED.

An 8-inch Touch Pad has been added between the driver and the front passenger seats on the production model, enabling the front passenger to control the SED and enjoy the same interactive experience as the driver. If that’s not enough, the rear passengers have access to independent rear-seat entertainment screens that also share content with the SED, which brings the total number of screens in the electric crossover to five.

As for other features, the front seats can be rotated inward 12 degrees, to create a space that is more convenient for passengers to interact and communicate with each other when the car is not in motion. The vehicle will also have voice control, gesture control and few physical buttons as well.