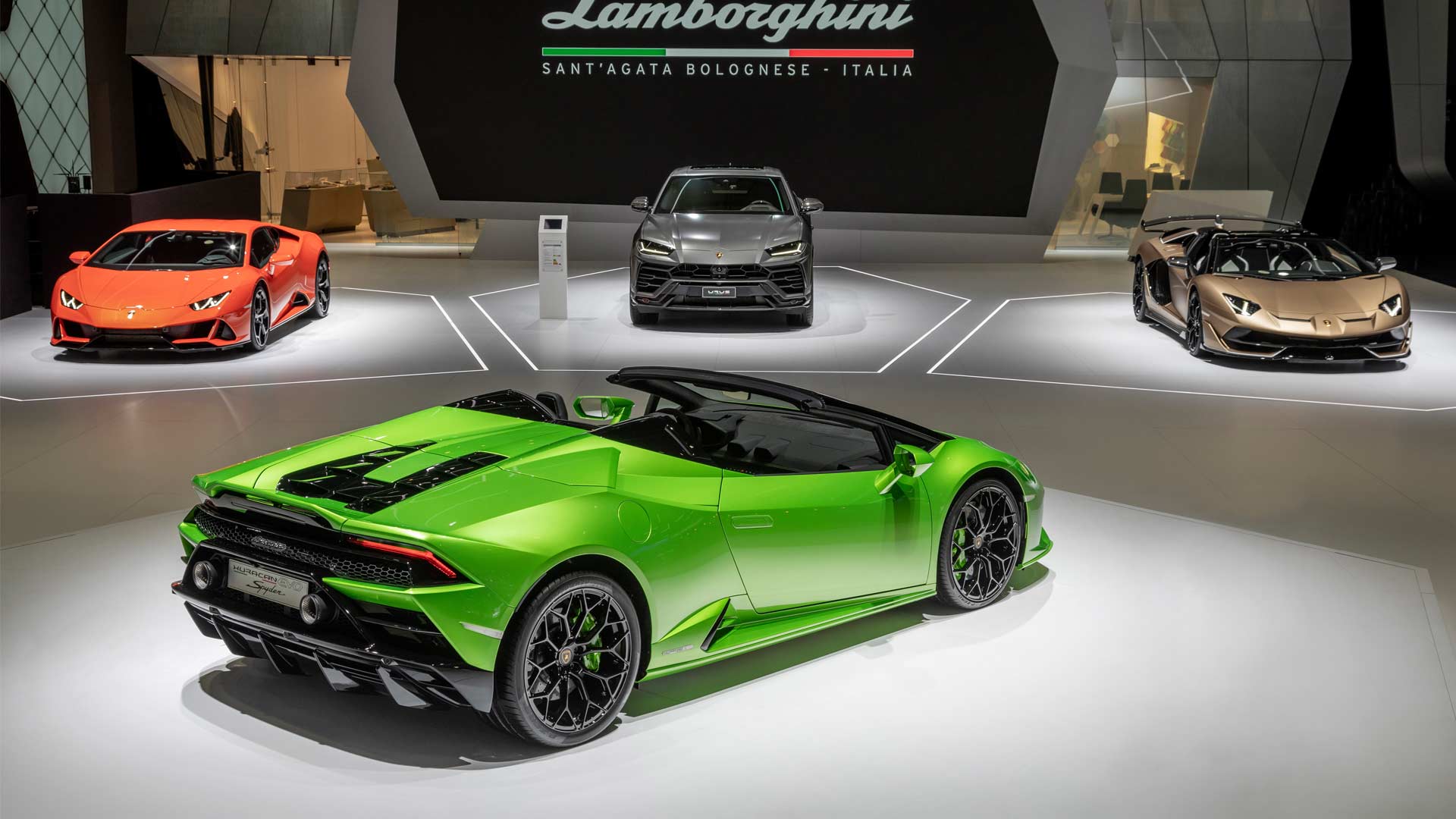 The two latest Lamborghinis – the Huracan EVO and the last version of the Aventador – the Aventador SVJ, have dropped their tops at the 2019 Geneva Motor Show.

The Huracan EVO Spyder gets a new four-layer green color called Verde Selvans. The Spyder’s lightweight soft top opens via a button on the centre console in about 17 seconds and at speeds of up to 50 km/h (31 mph). An integrated duct between the body-colored fins reduces turbulence in the headroom during open top driving. The driver can electronically open the rear window which functions as a windshield when closed, and when opened, amplifies the song of the EVO Spyder’s unique engine sound. Also dropping the top is the Aventador SVJ. Or should we say manual removing & stowing of panels? Either way, the roof panels of the Aventador SVJ Roadster is made from carbon fibre, and is removable via quick-release levers in the cabin, and as always, are stored under the front hood. Weighing less than 6 kg each part (panels), the roadster adds about 50 kg to the SVJ coupé’s dry weight of 1,525 kg.

This particular example is finished in a new matt color bronzo zenas (bronze) with a special Ad Personam livery in bianco phanes (white). The livery emphasizes the sharp lines of the car. 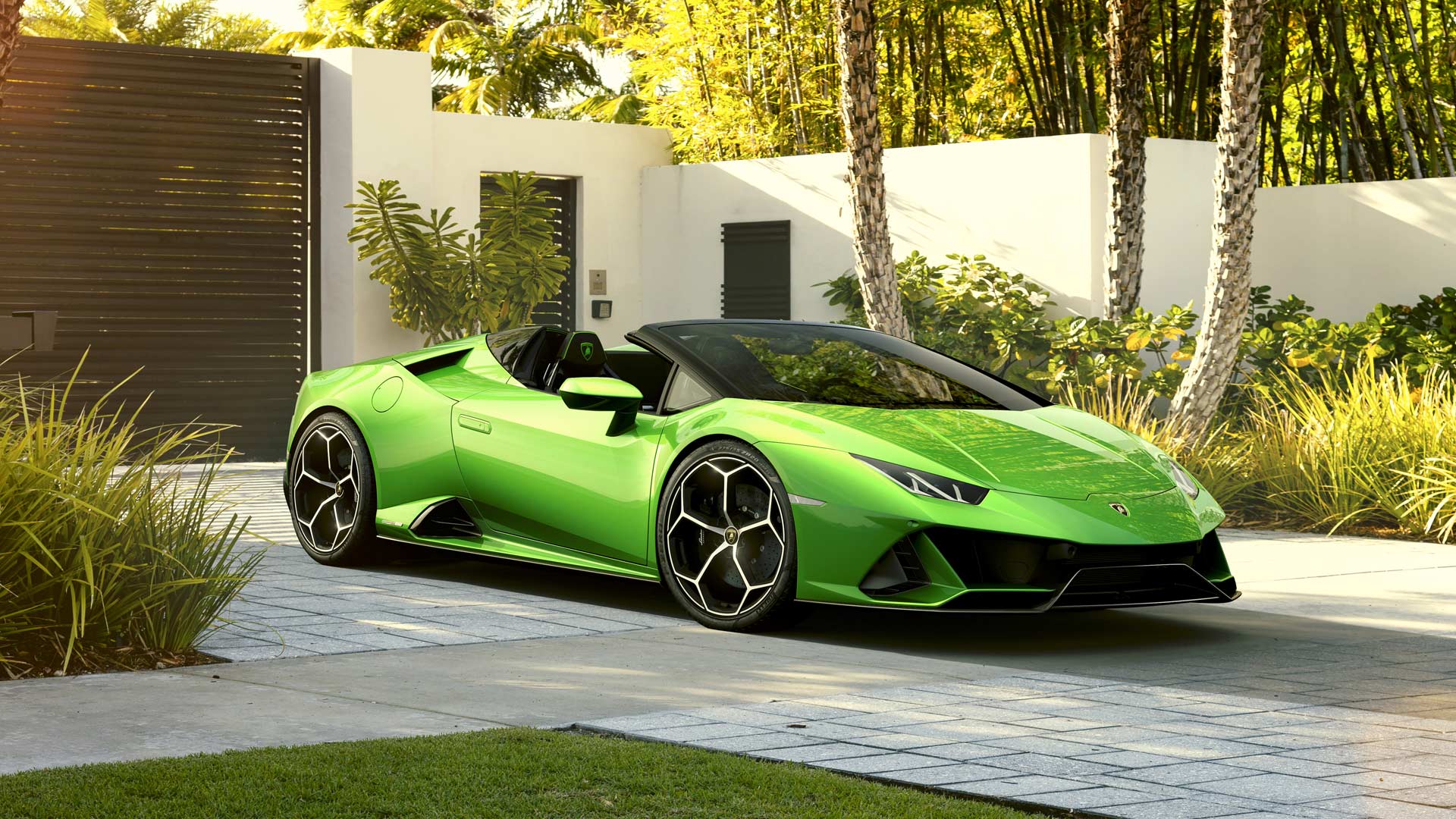 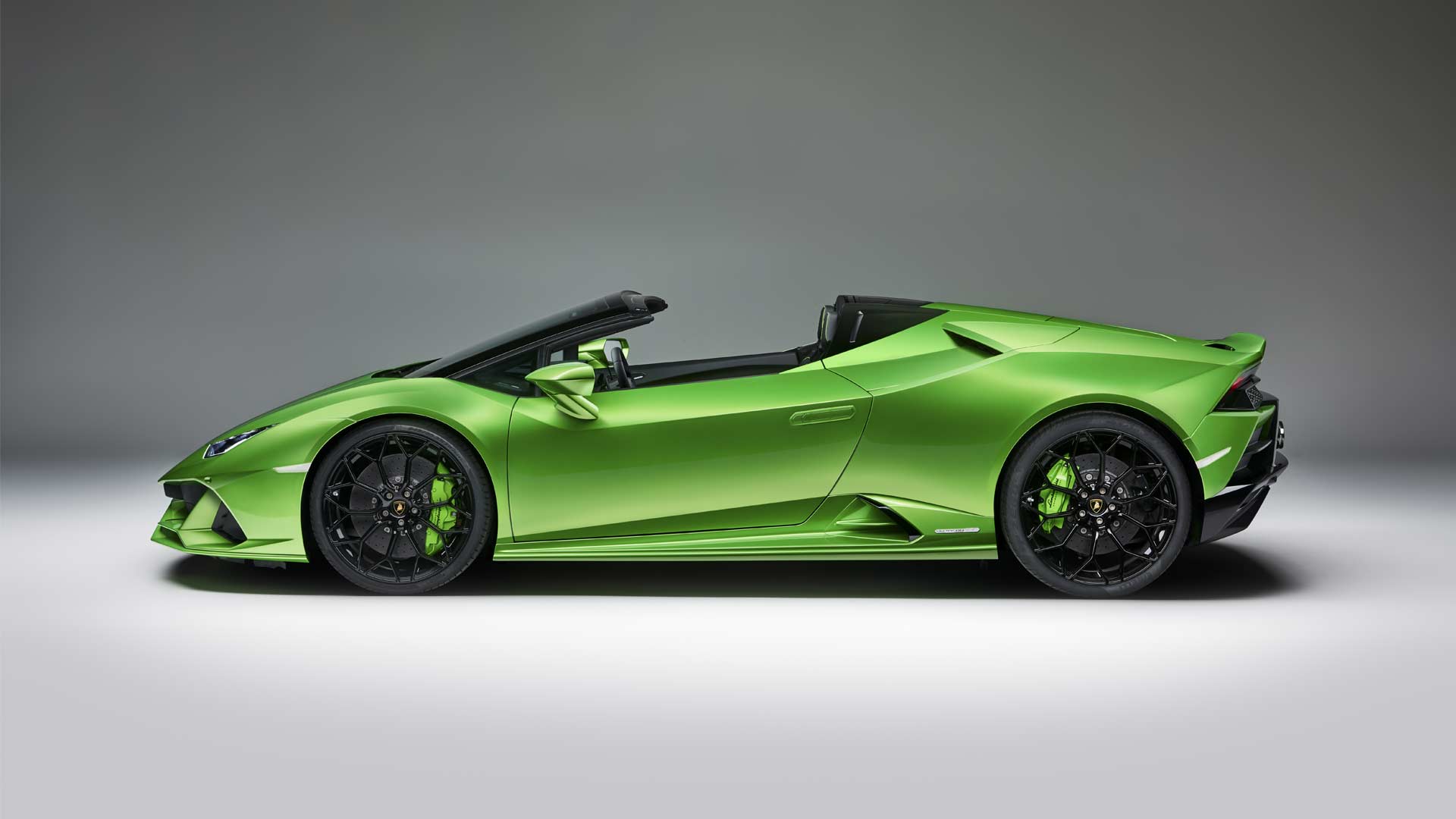 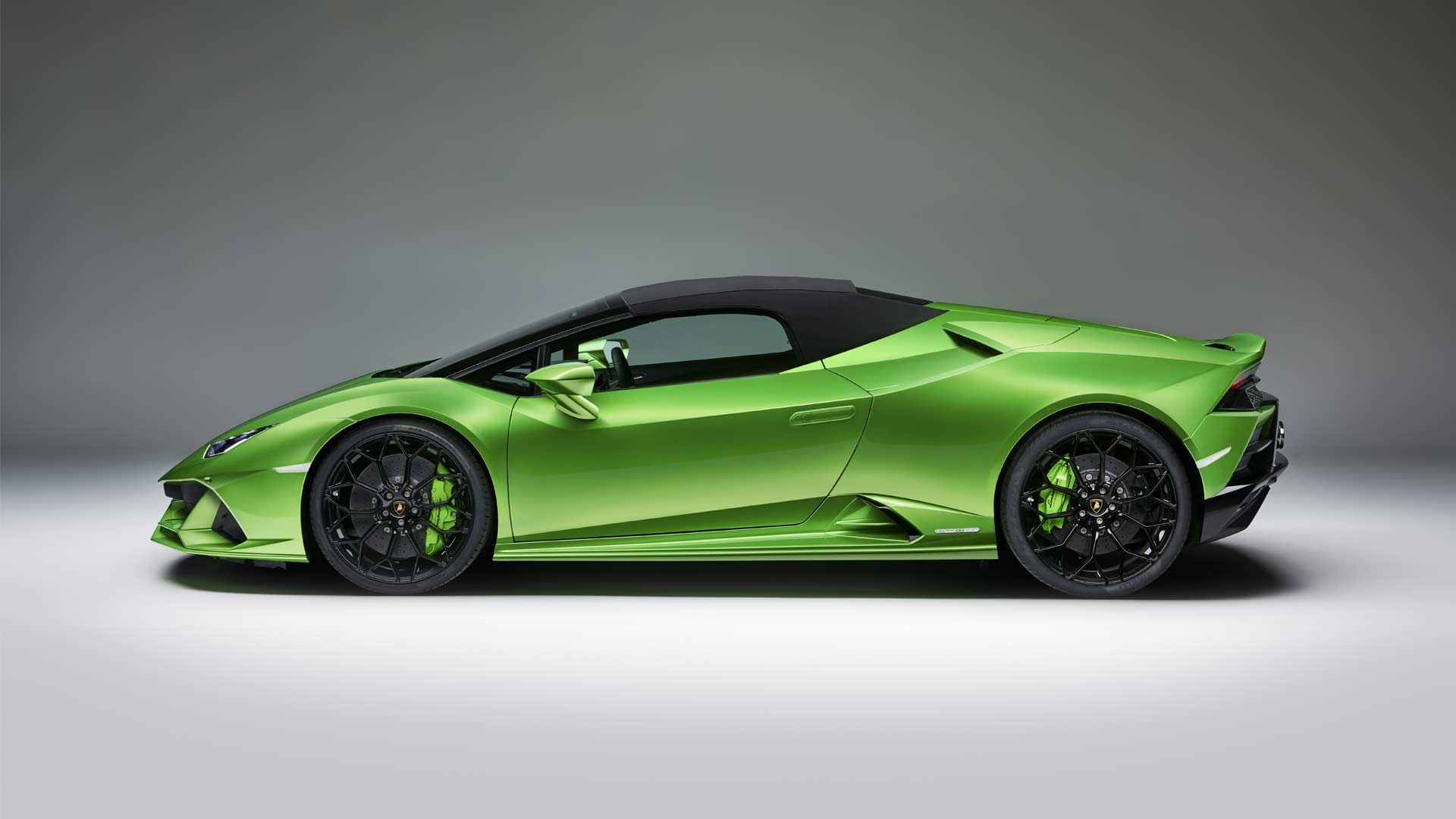 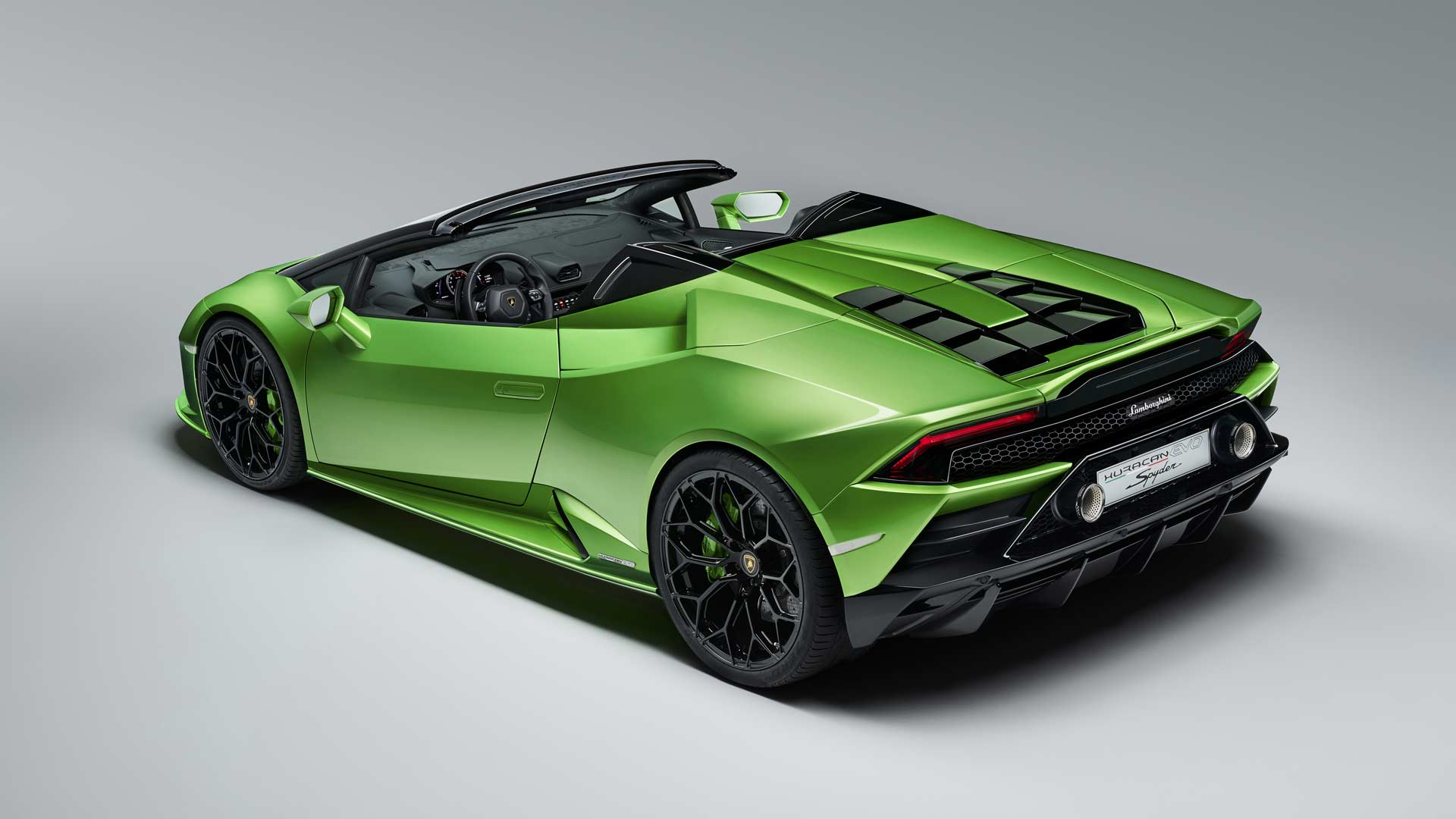 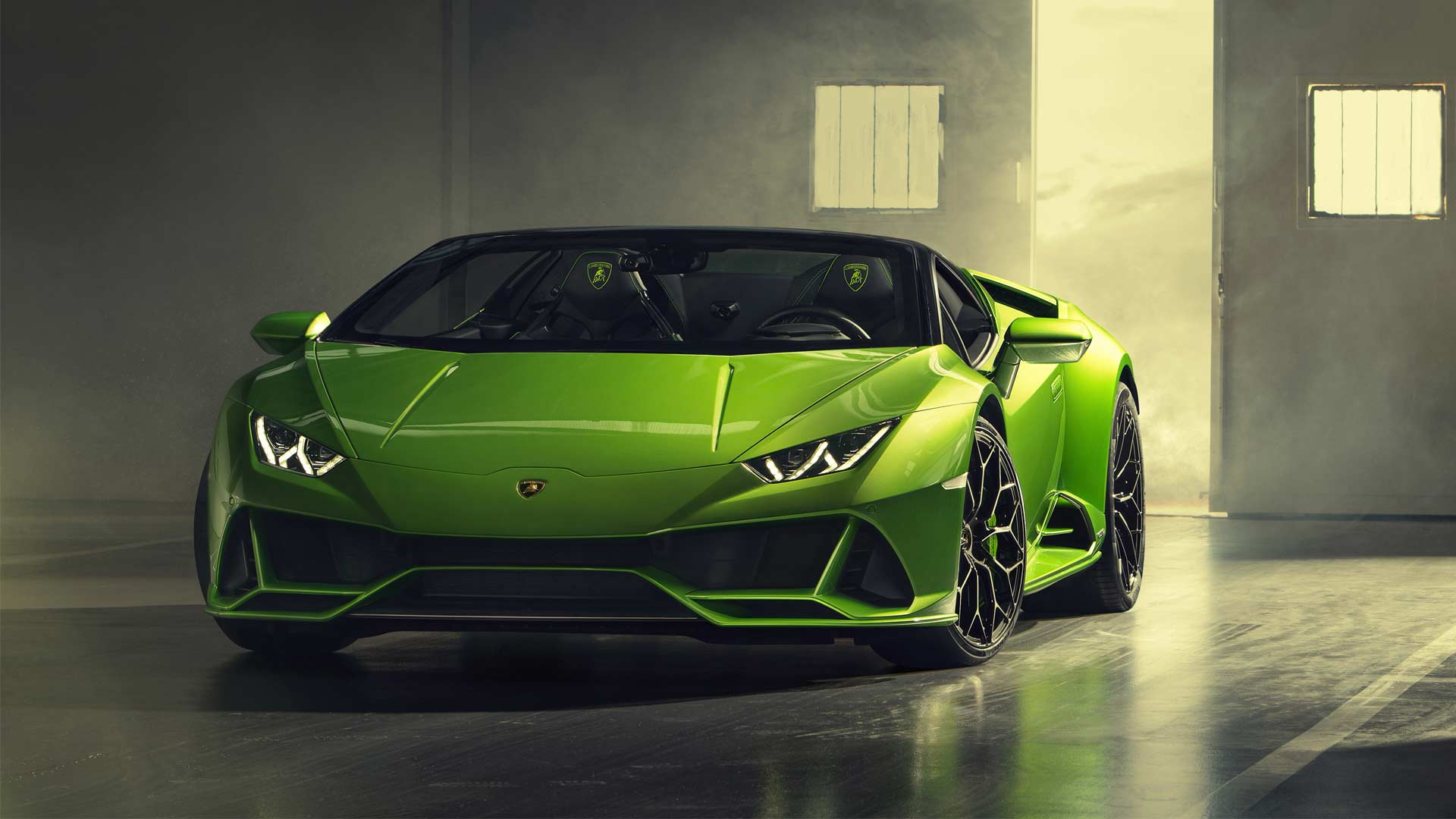 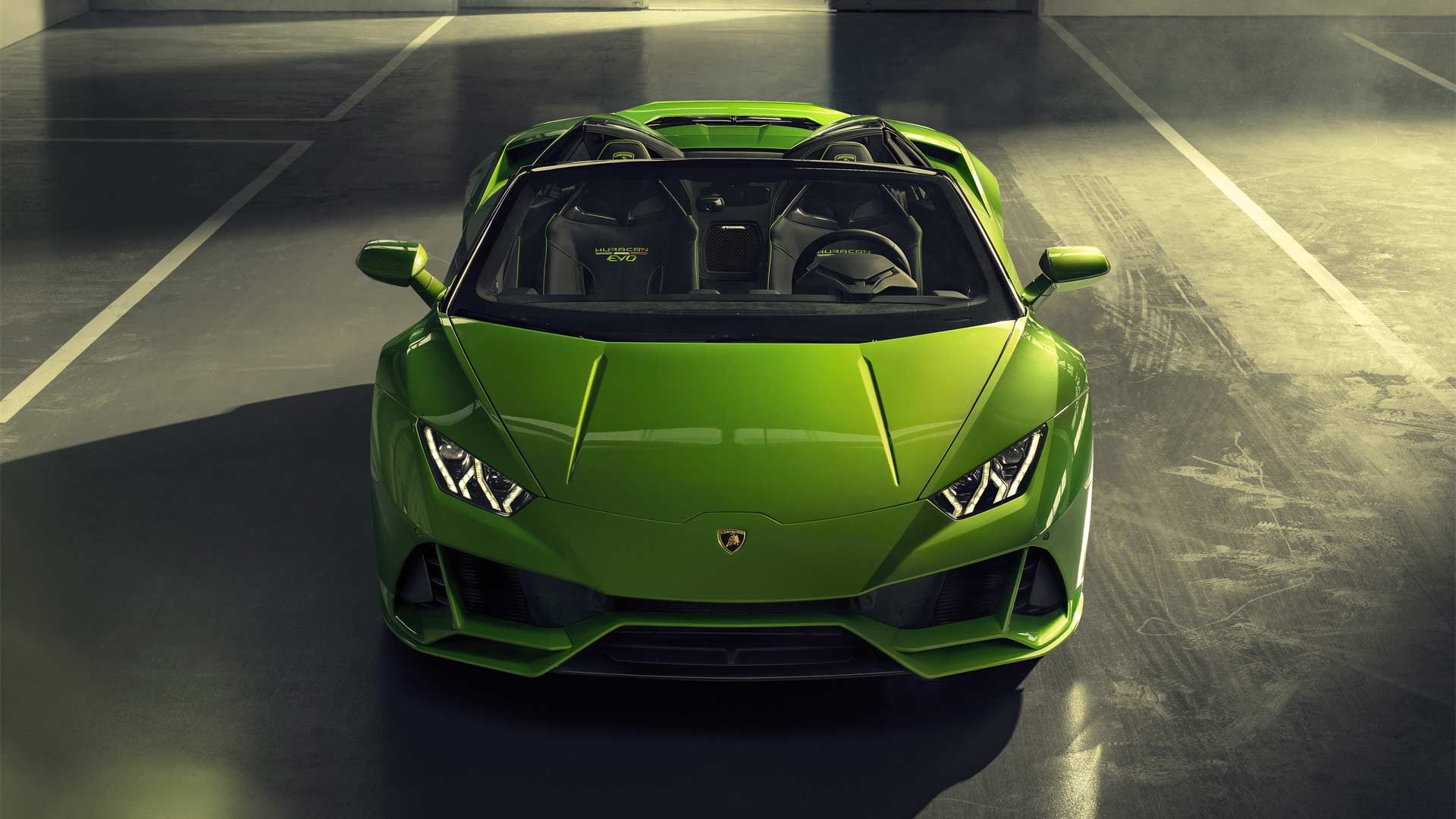 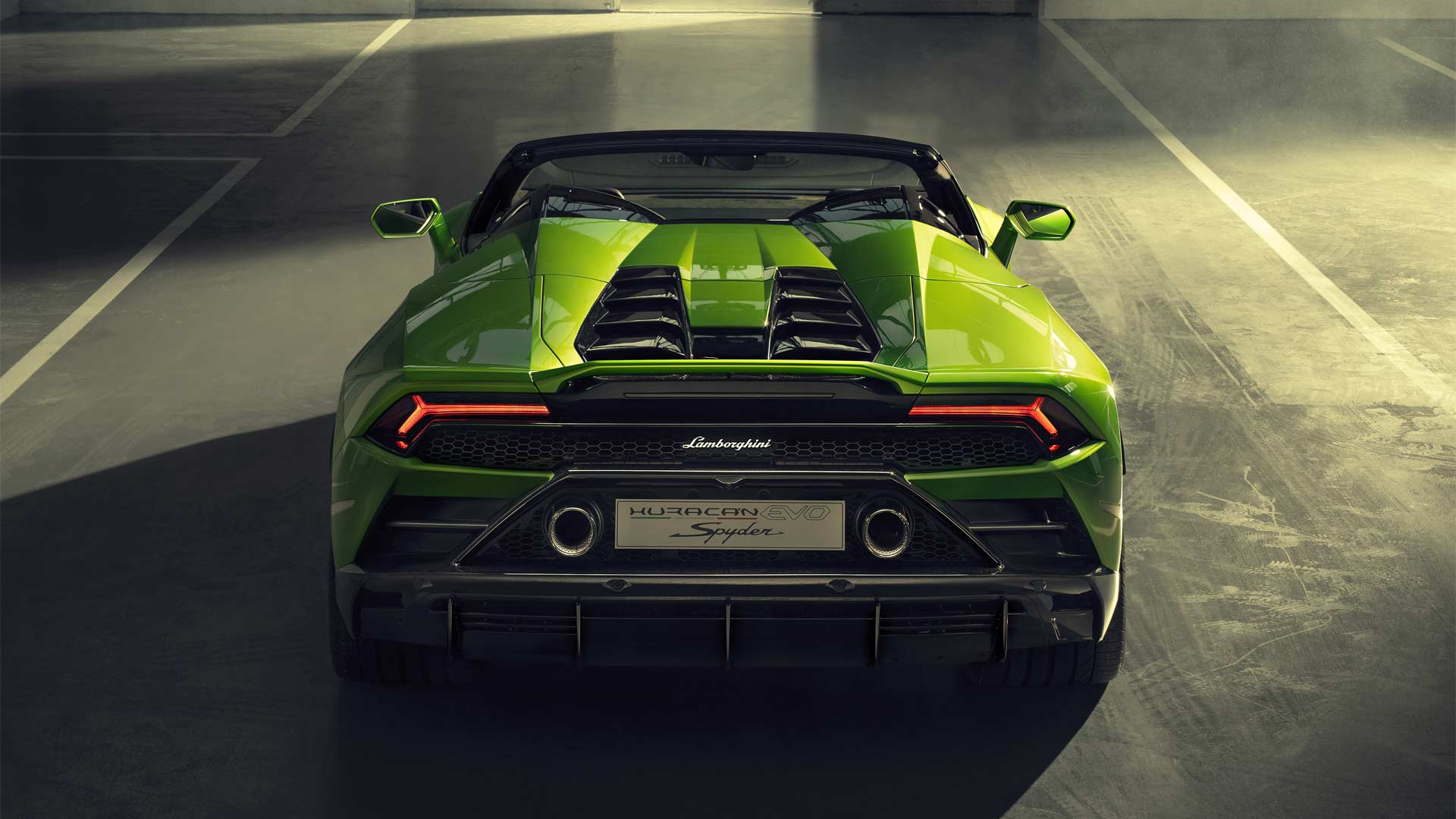 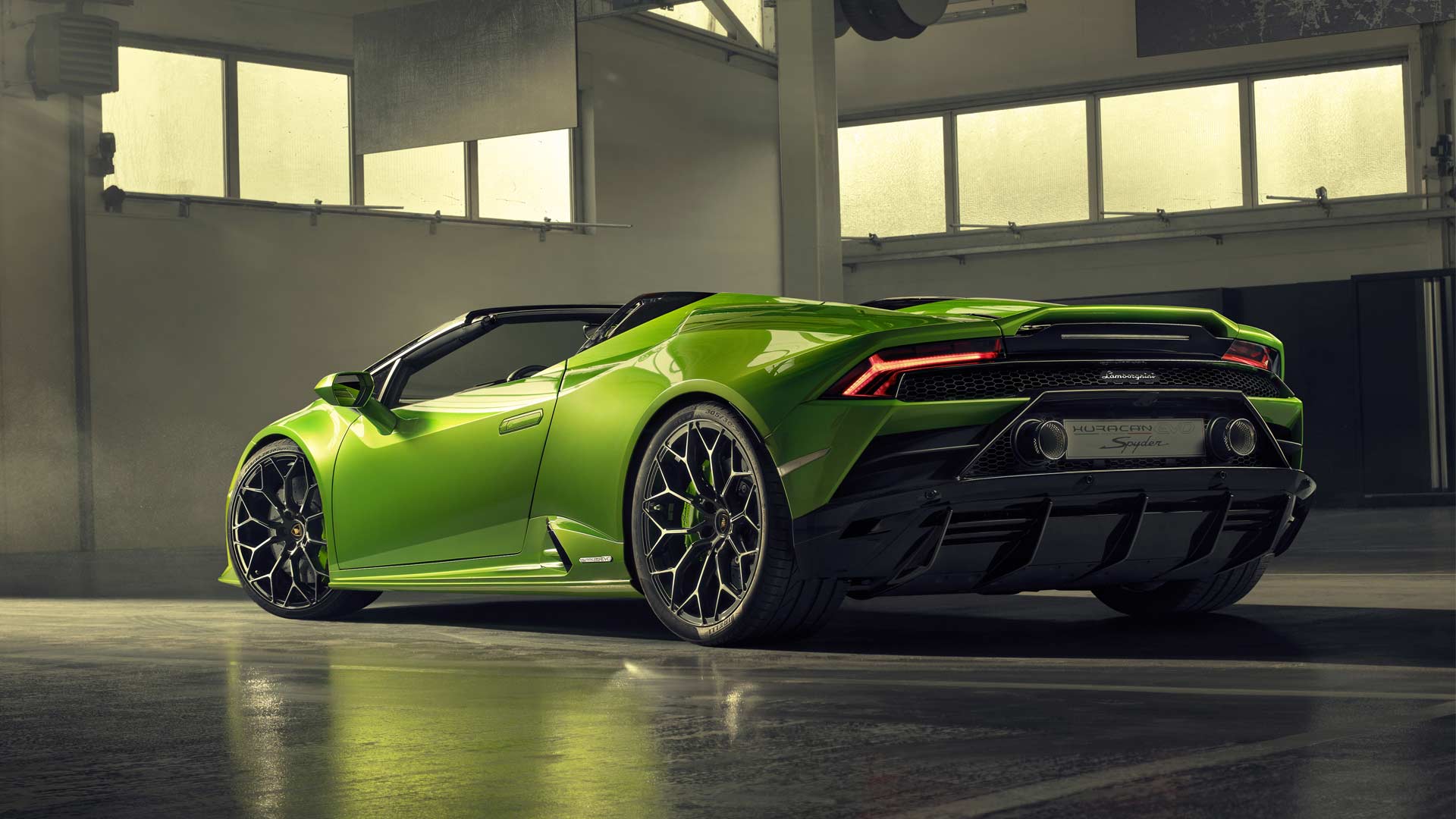 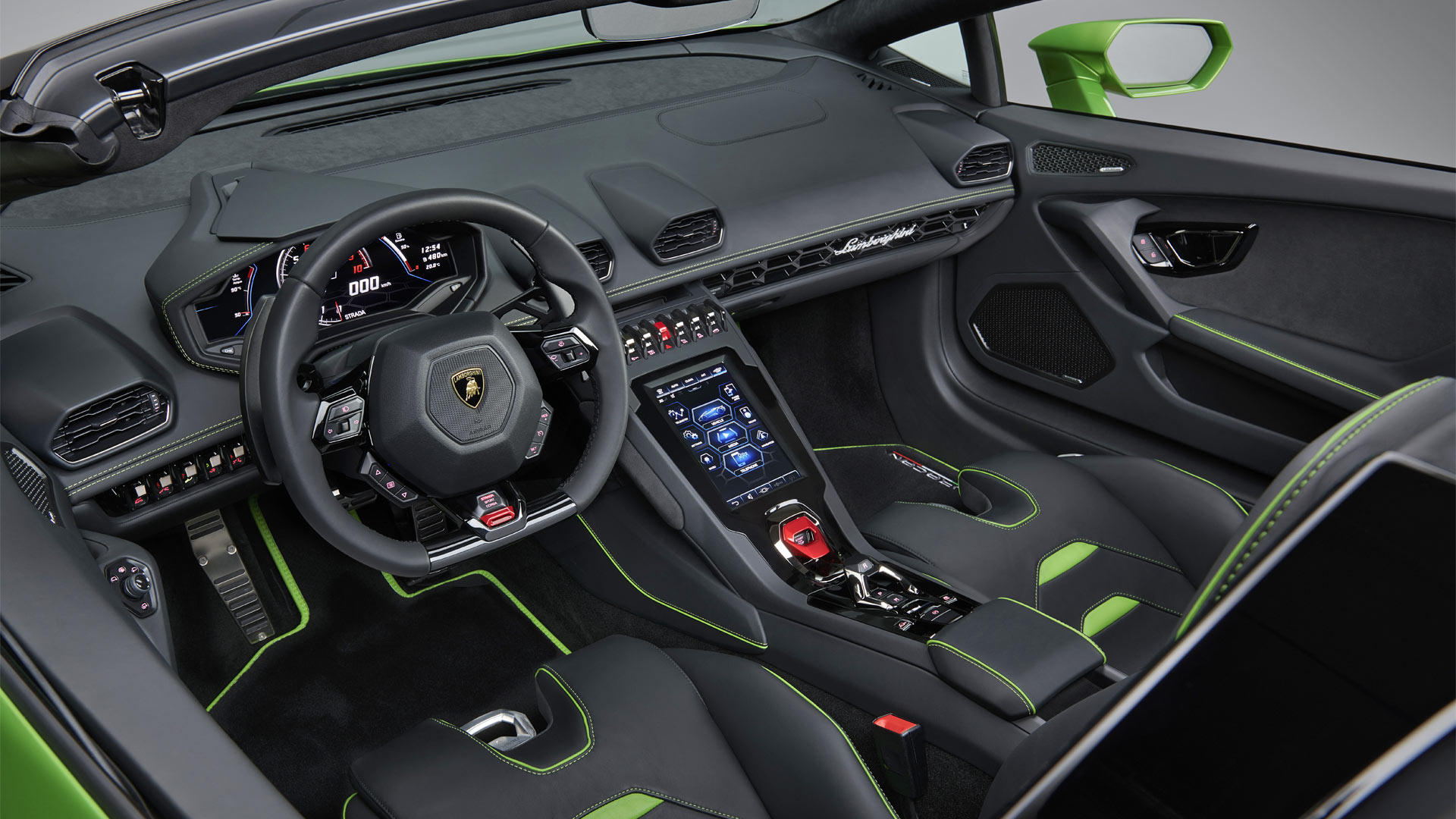 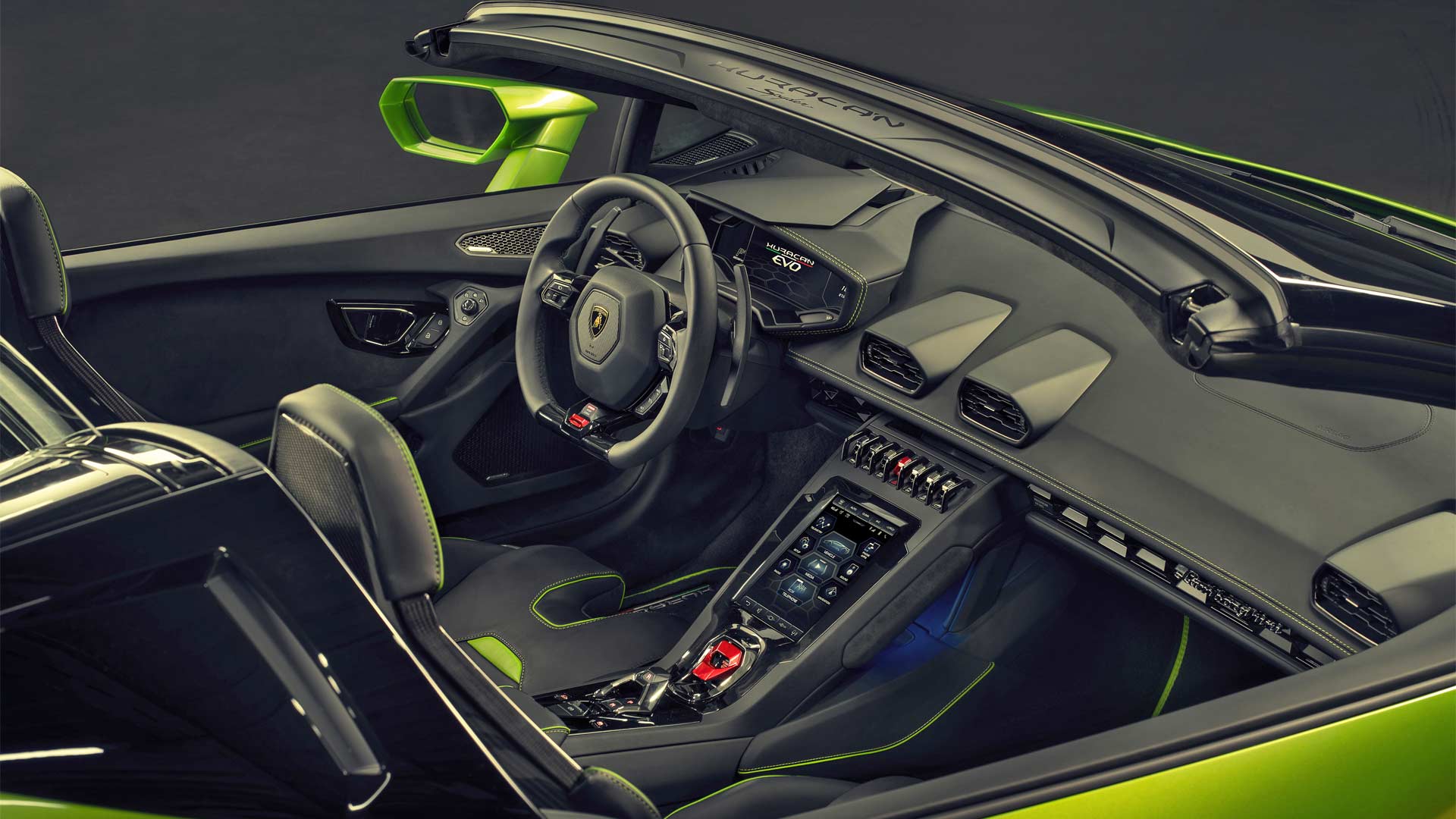 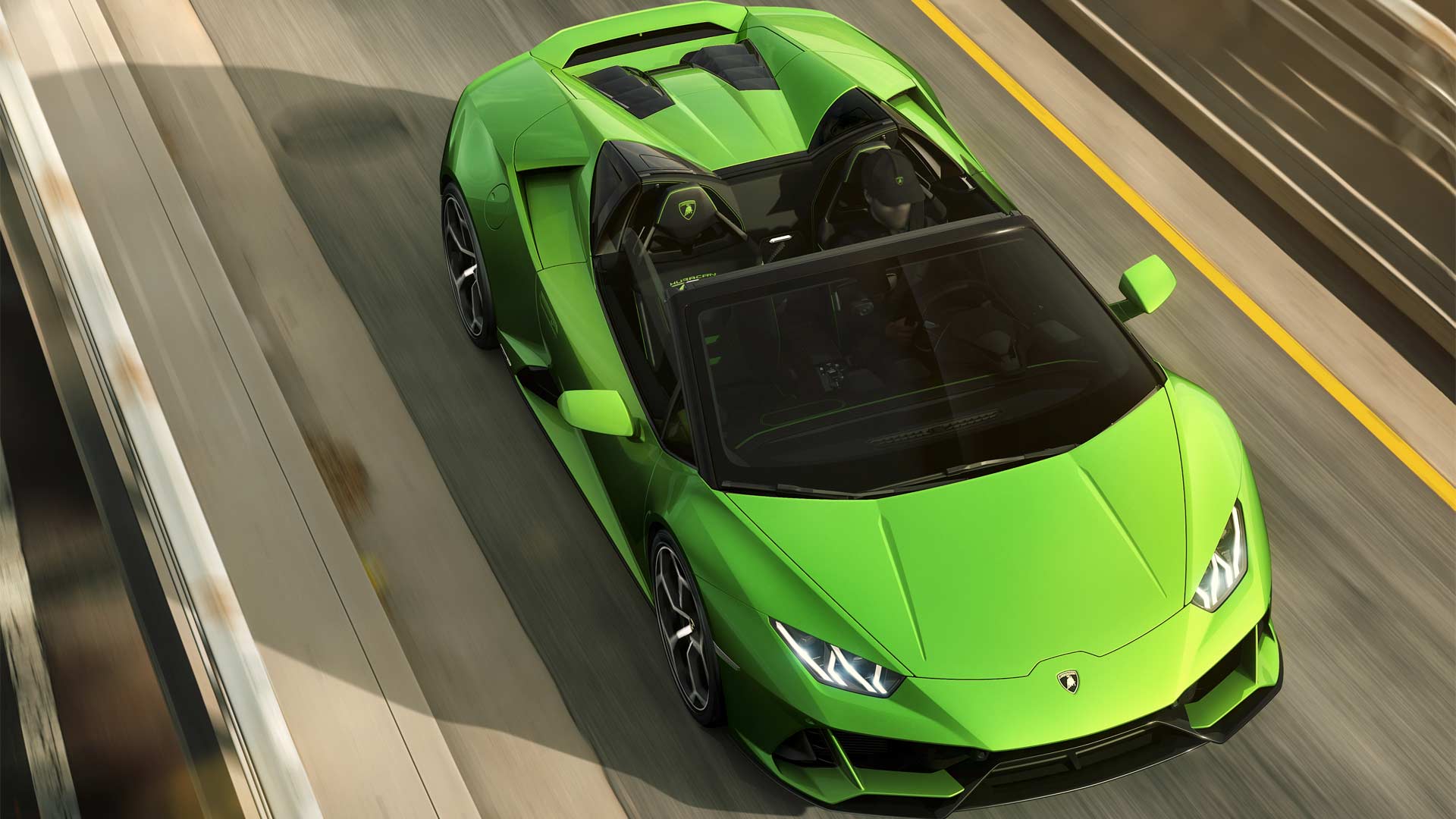 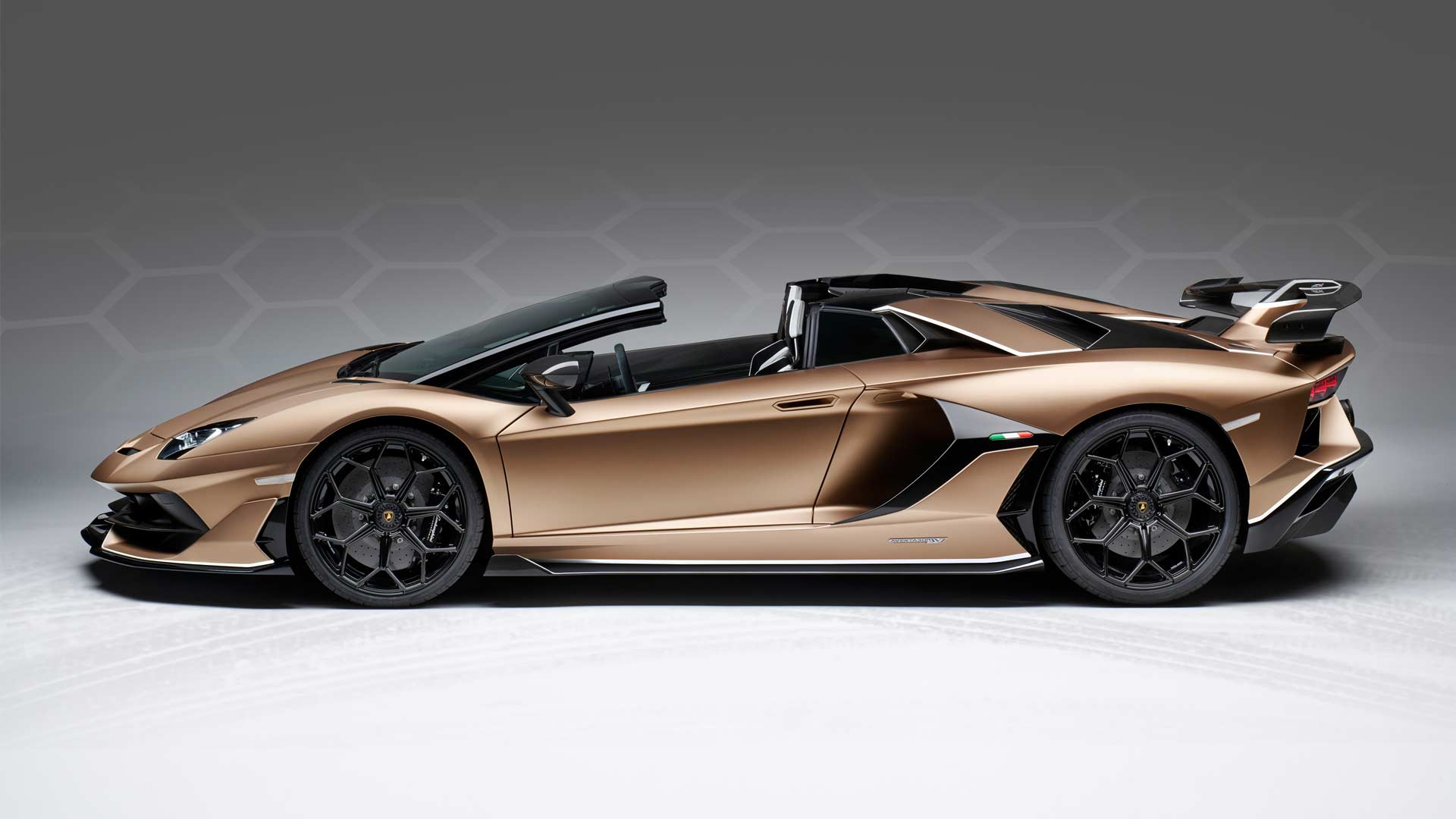 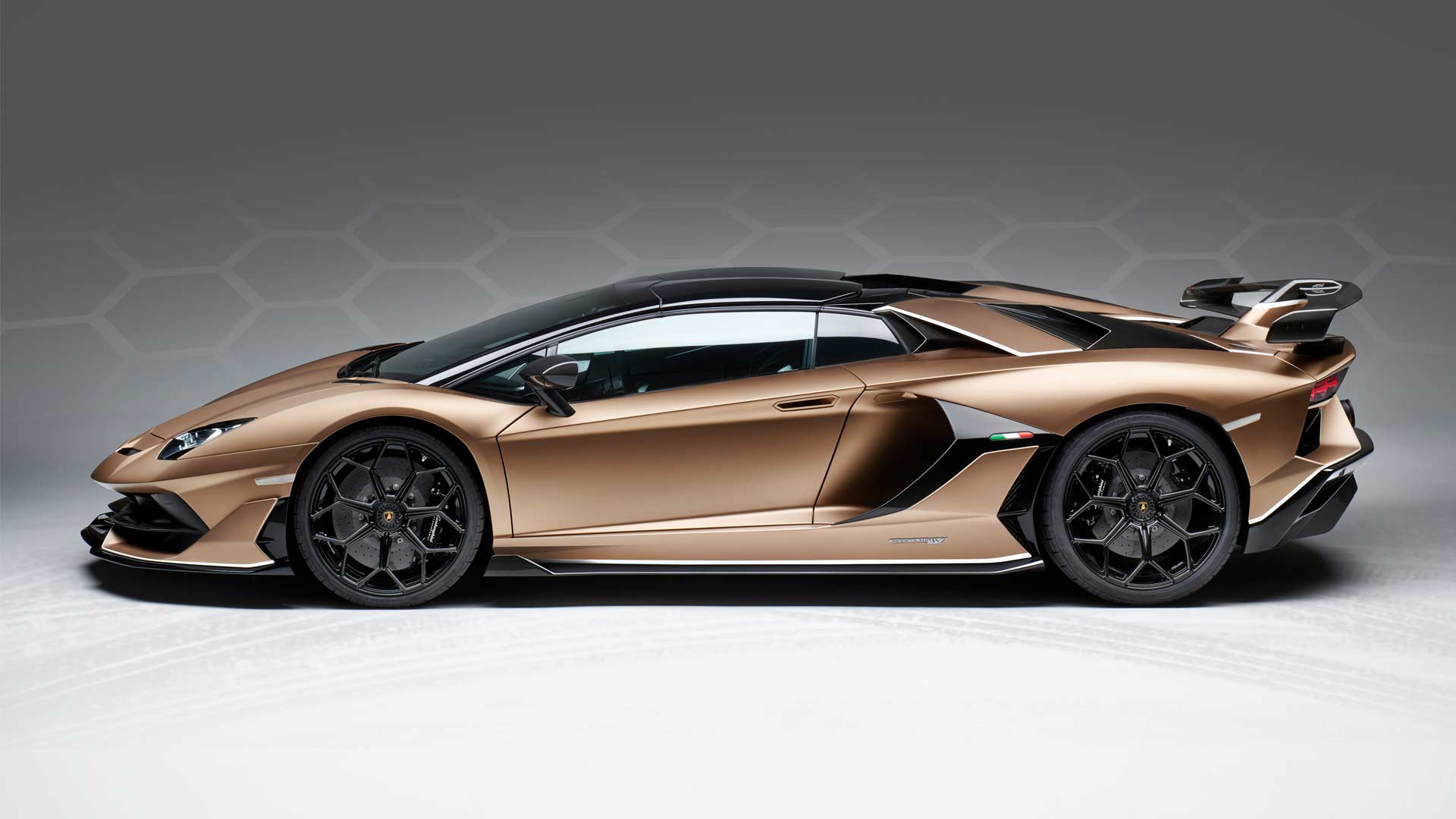 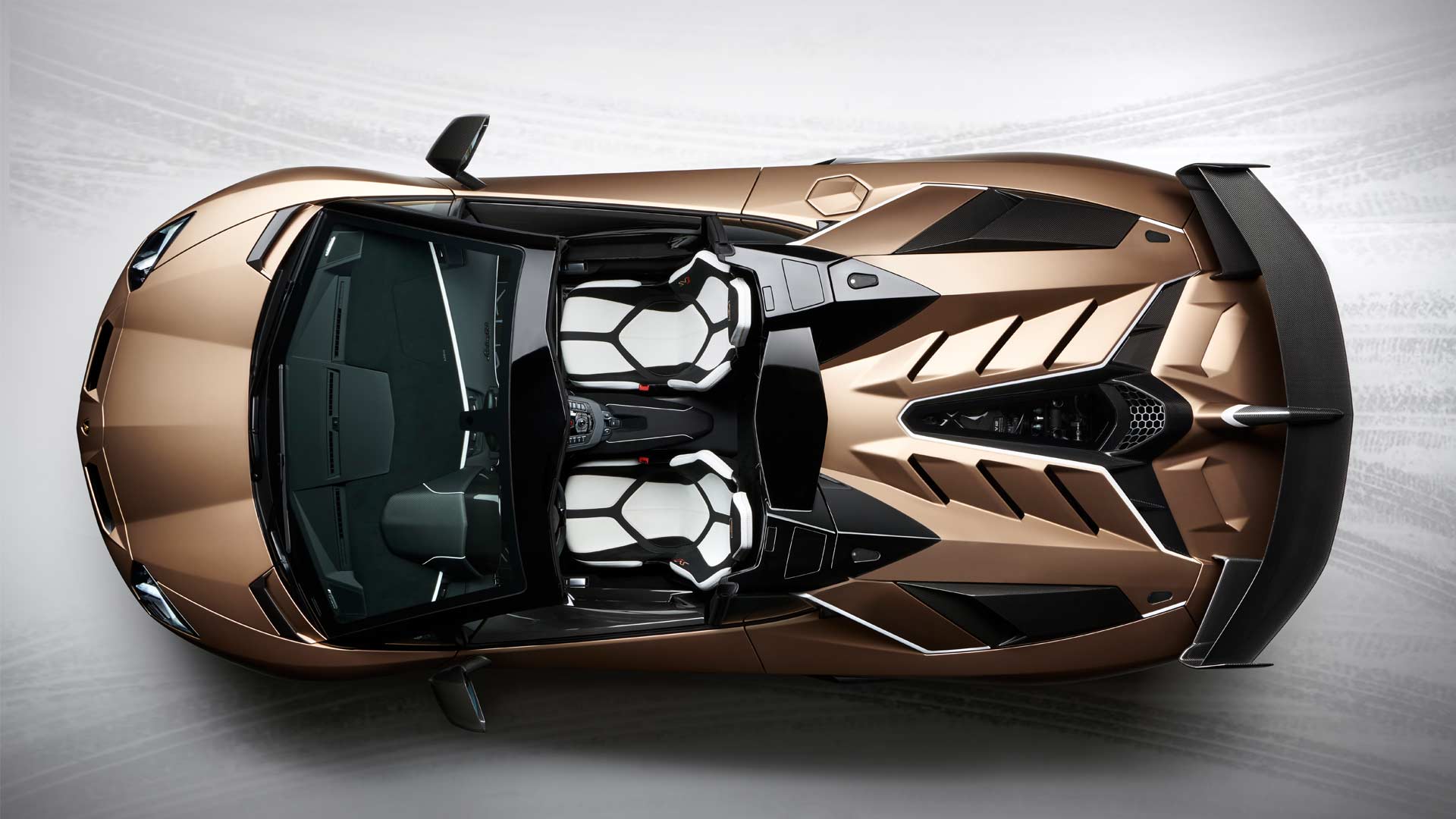 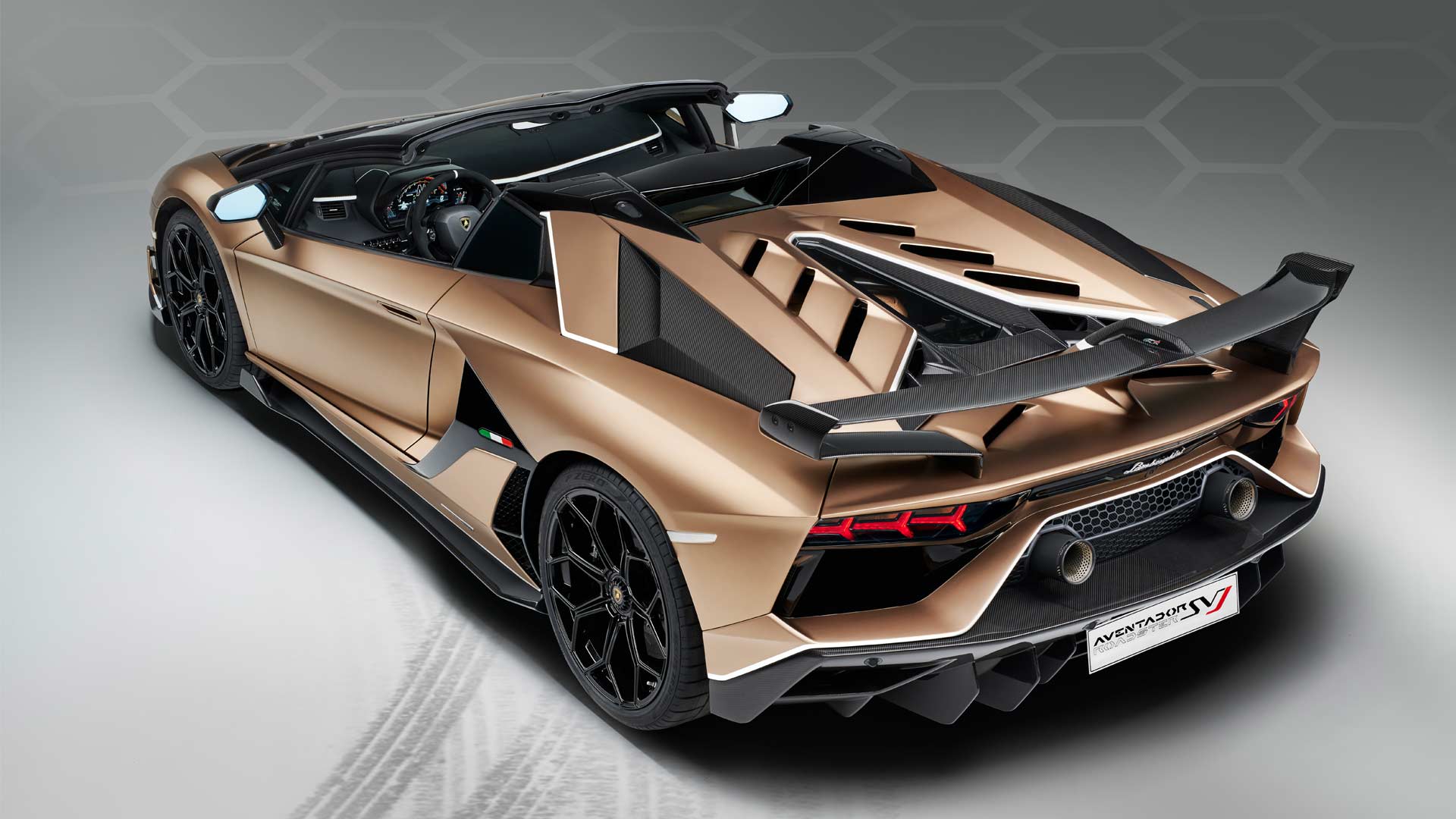 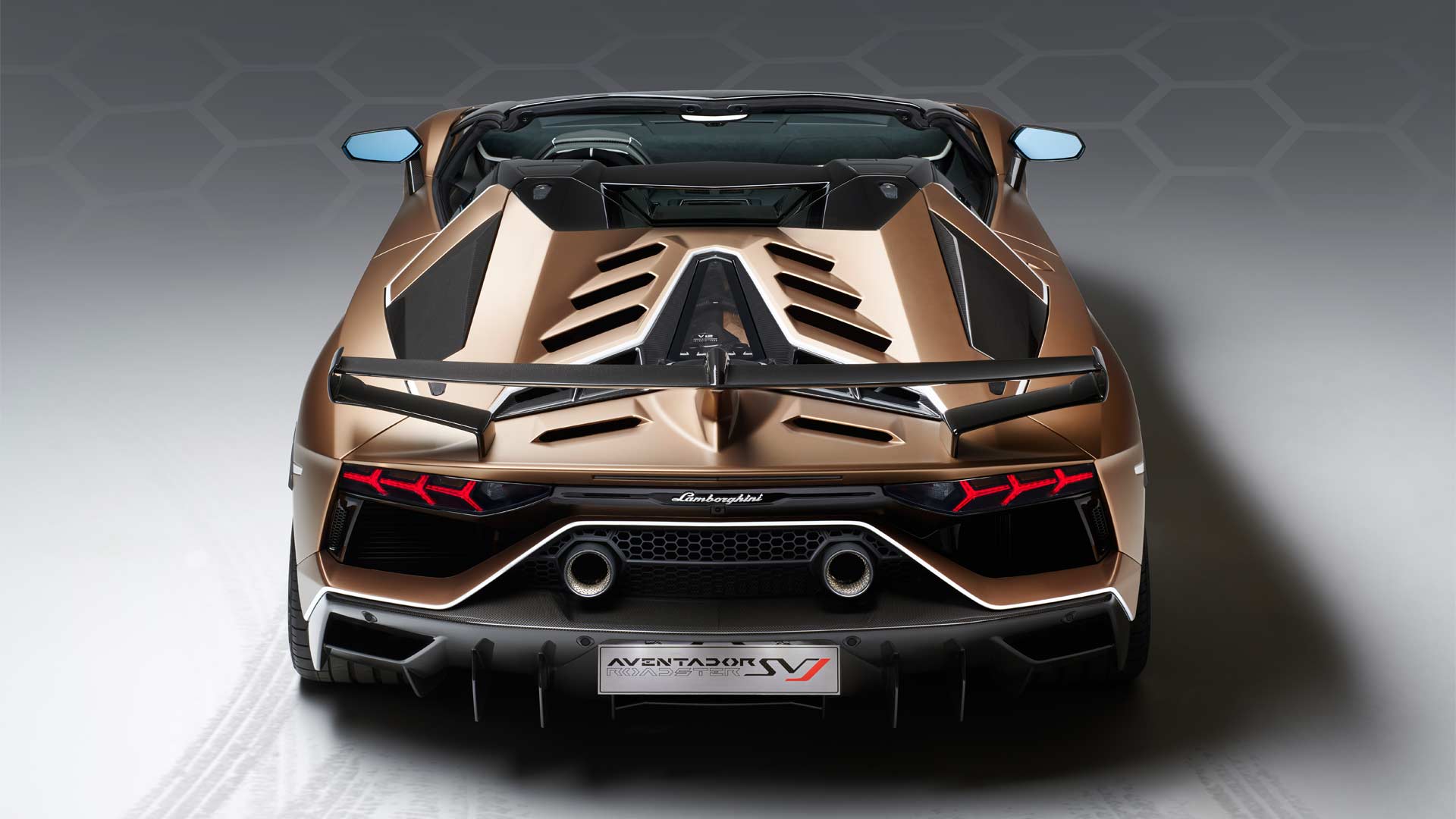 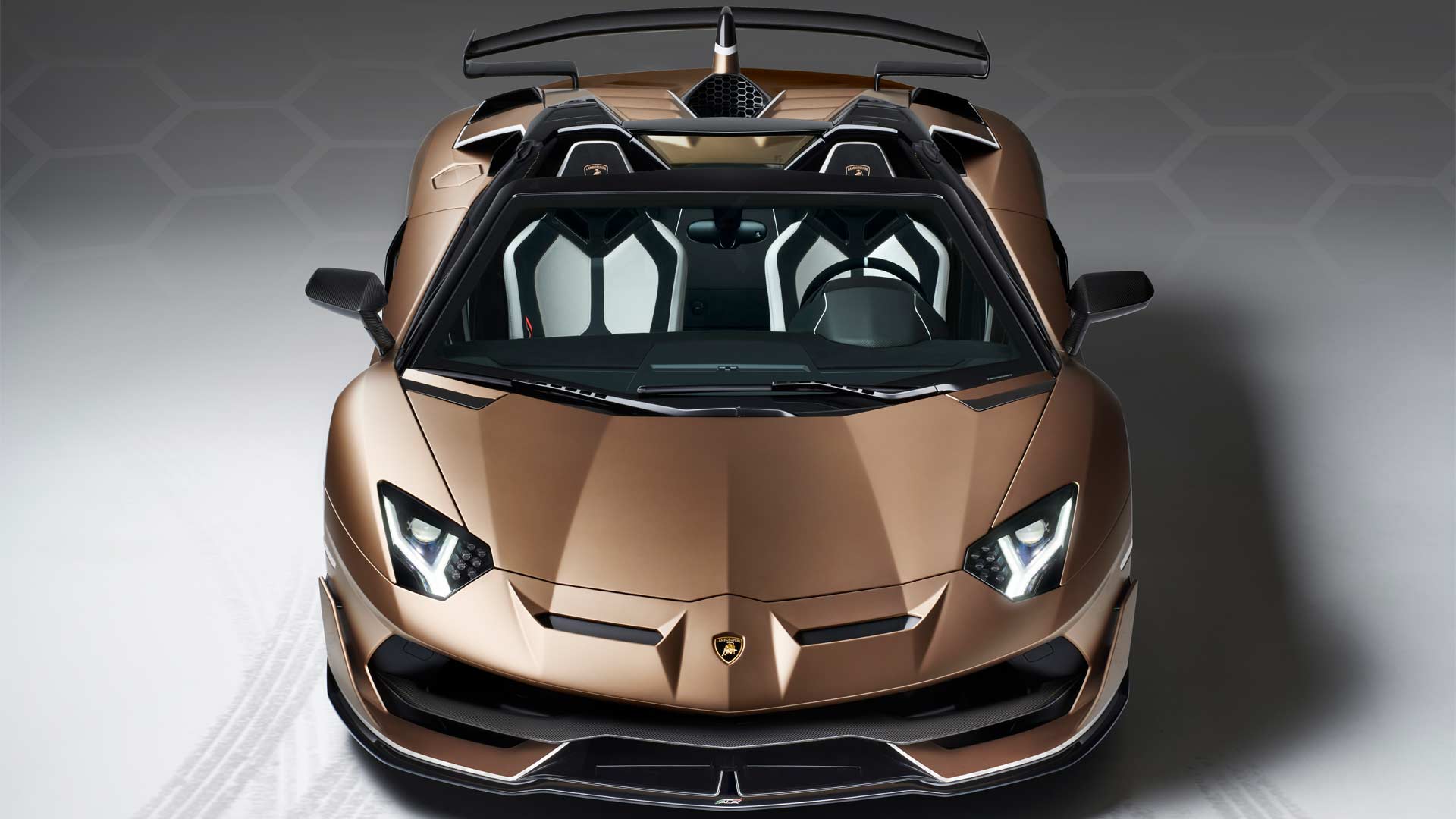 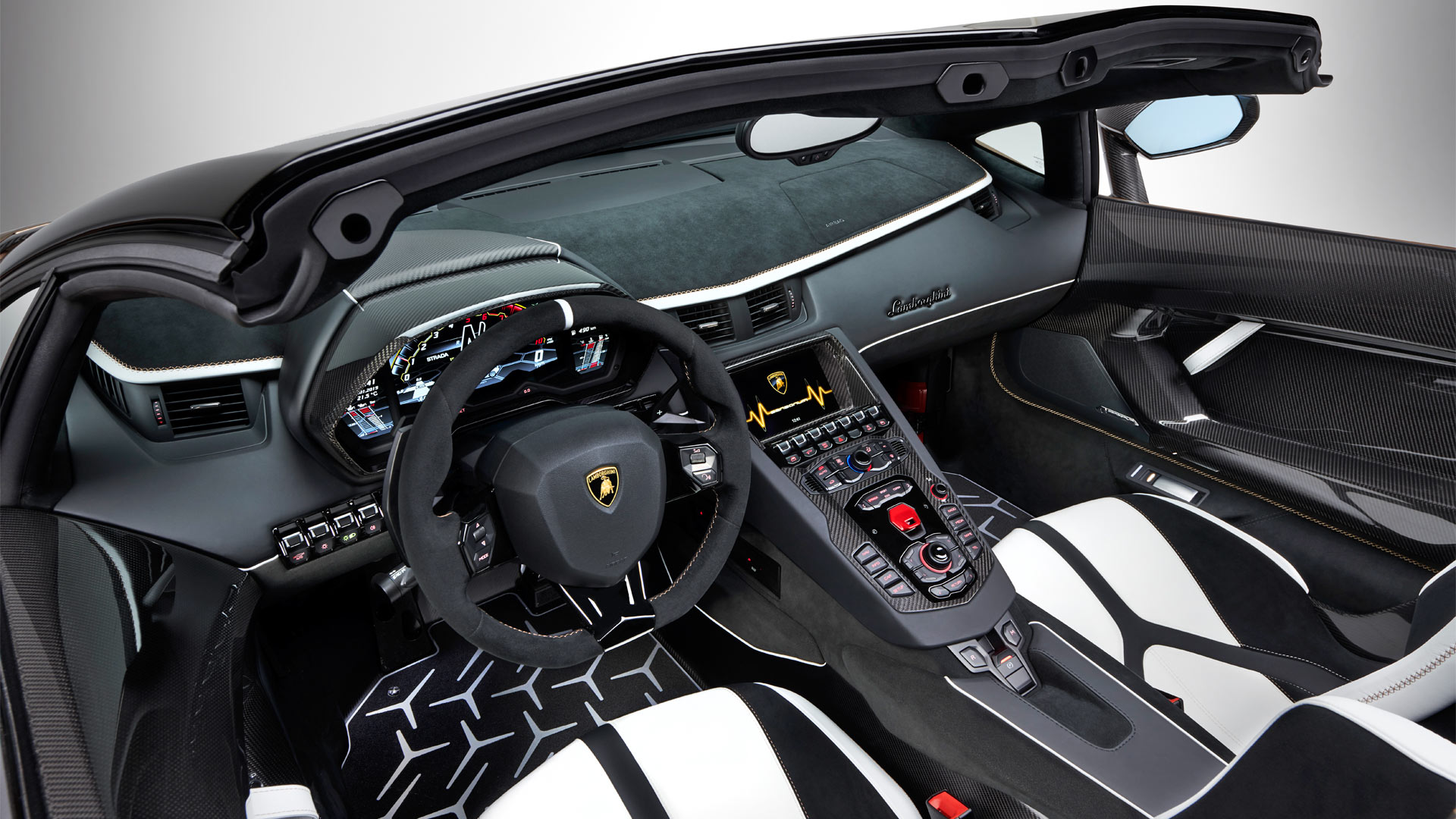 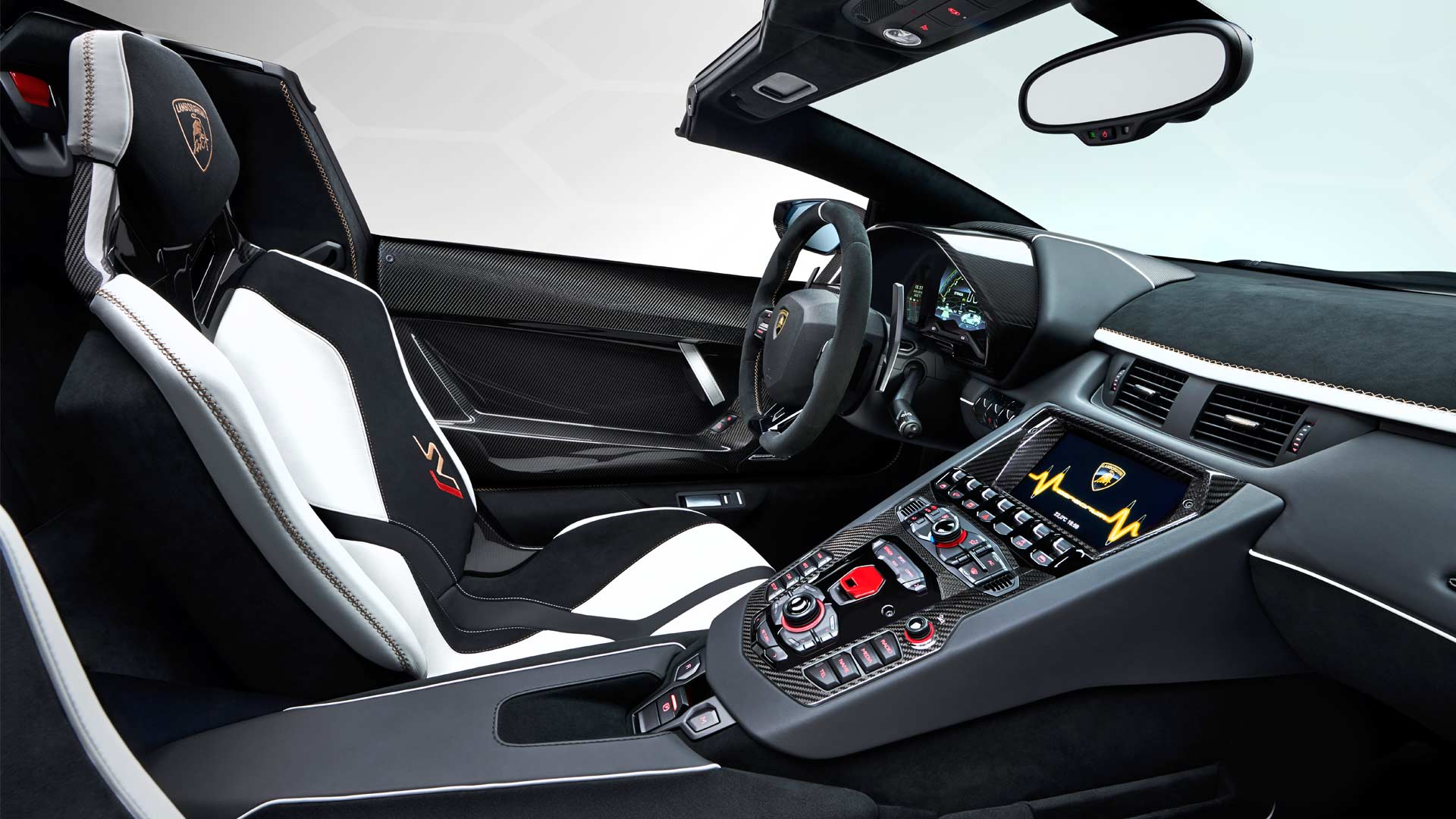 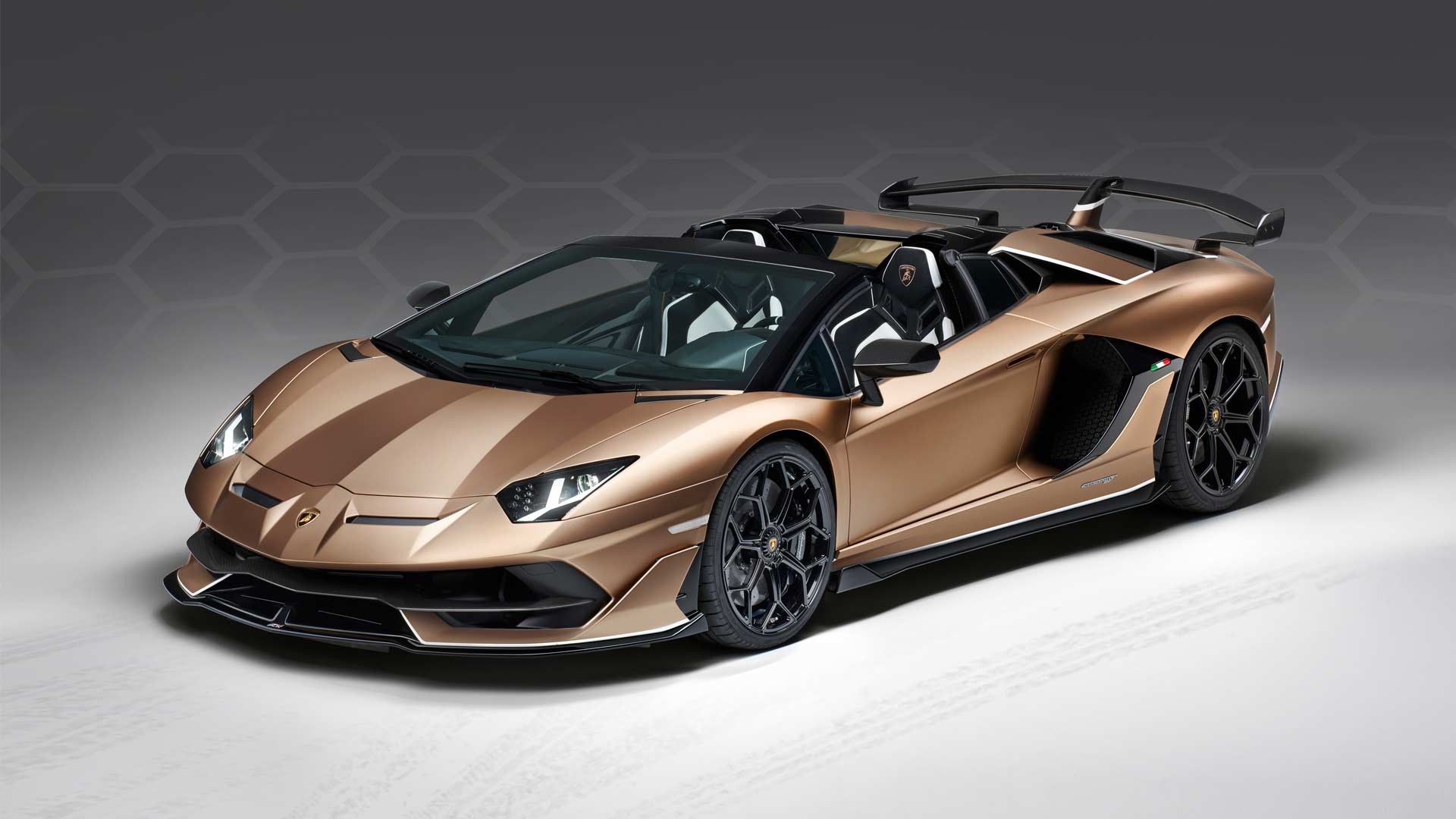