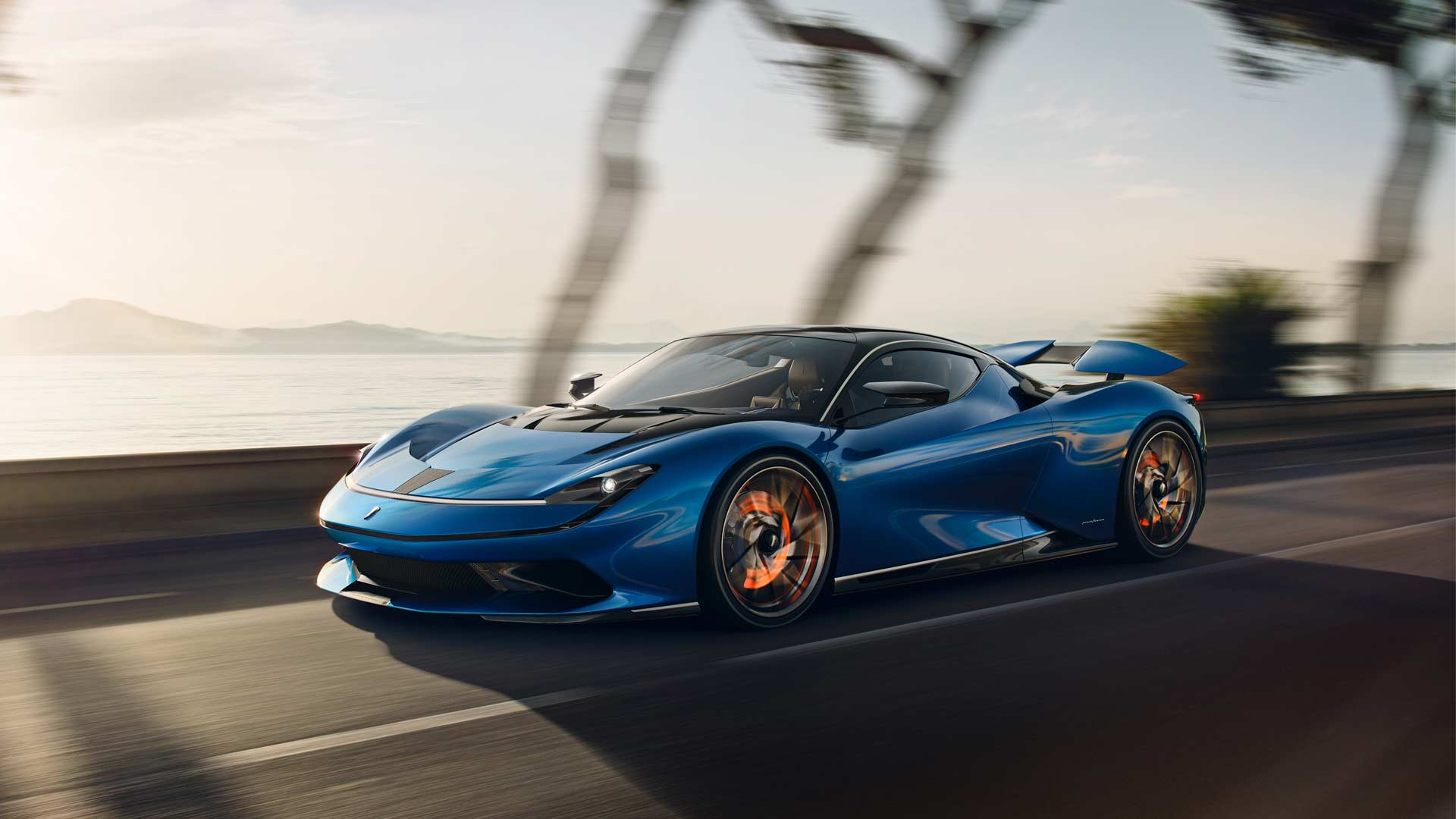 The numbers are really big. So much so that according to Pininfarina, the Battista will be the most powerful car ever designed, and will deliver a level of performance that is unachievable today in any road-legal sports car featuring an Internal Combustion Engine.

Poaching is a common practice in the auto industry when it comes to developing a new product or a brand. For Automobili Pininfarina, Michael Perschke is not the only person the brand poached from VW Group. Dr. Christian Jung, who initially worked for Mission E, joined Pininfarina in 2018 as a Chief Technical Officer. The team also includes people from other German and British brands, who all have worked together to create a fantastic looking electric hypercar.

As for the looks, the Battista’s design was led by the Design Director Luca Borgogno and Design Vice President Carlo Bonzanigo. At the front, a single strip of LED links the Battista’s headlights, creating an effect of a floating front wing. 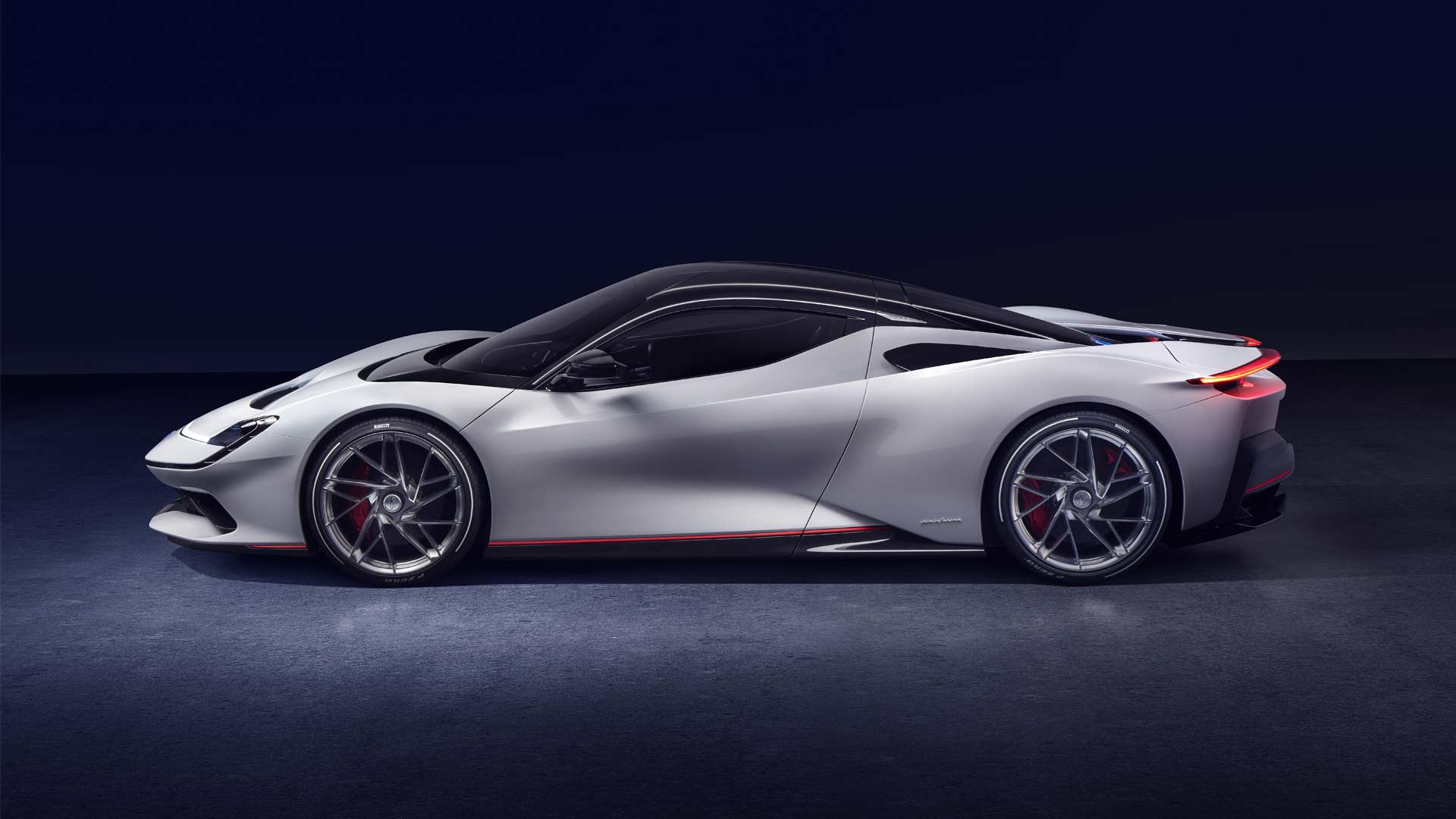 While there are enough air ducts, the character lines are limited. A line from the door climbs over the rear wheel arch and around the rear wing. At the rear, the charging port adds a level of drama as it pulsates to indicate the Battista’s charge status. 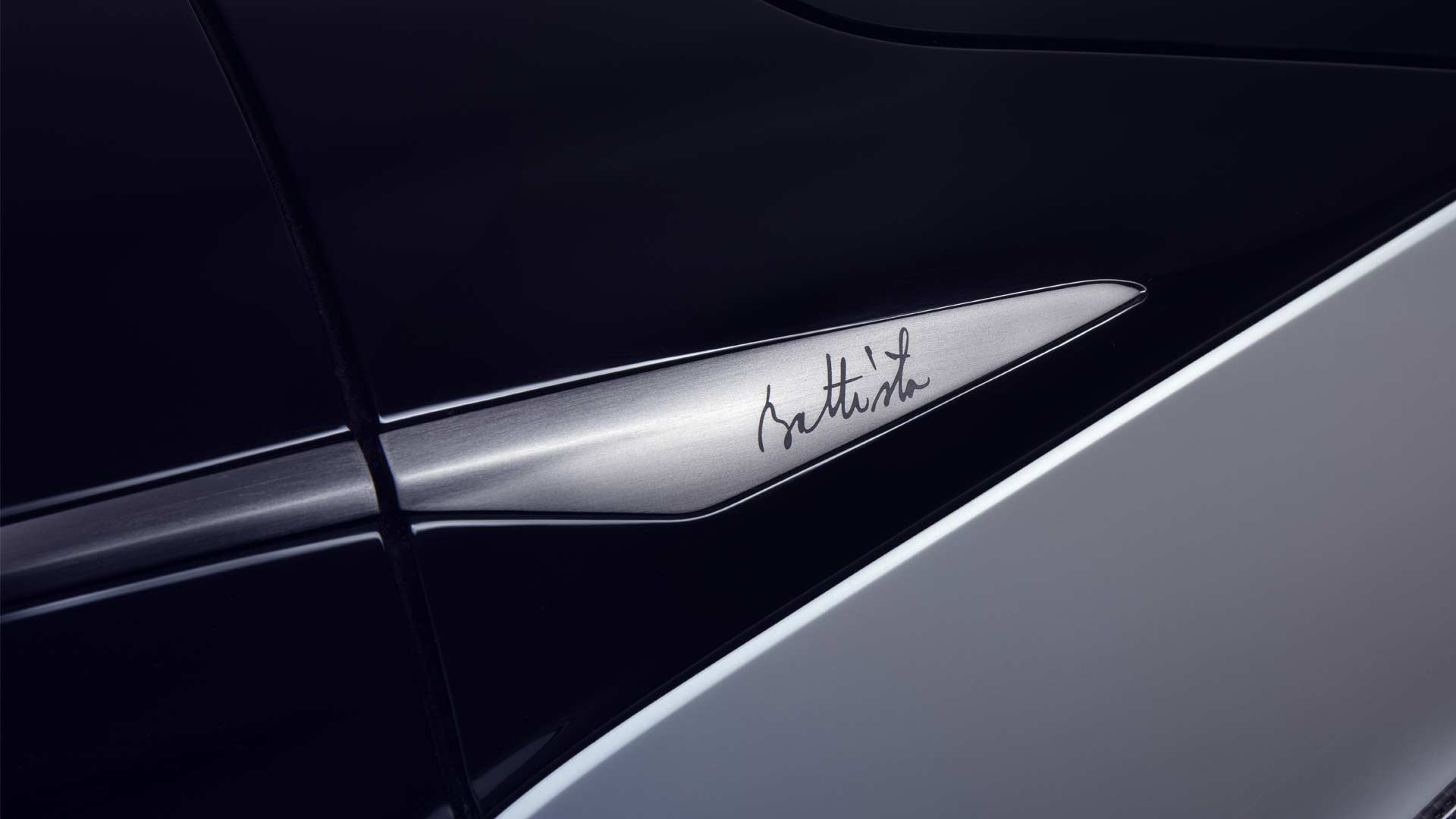 A line of aluminum connects A- and B-pillars, defining the shape of the doors and side windows, and ending just above a carbon fibre bridge that connects the cabin to the rear flank. Notice the Battista logo on the last piece. Rounding off the looks are 21-inch wheels shod with bespoke Pirelli P Zero tyres. 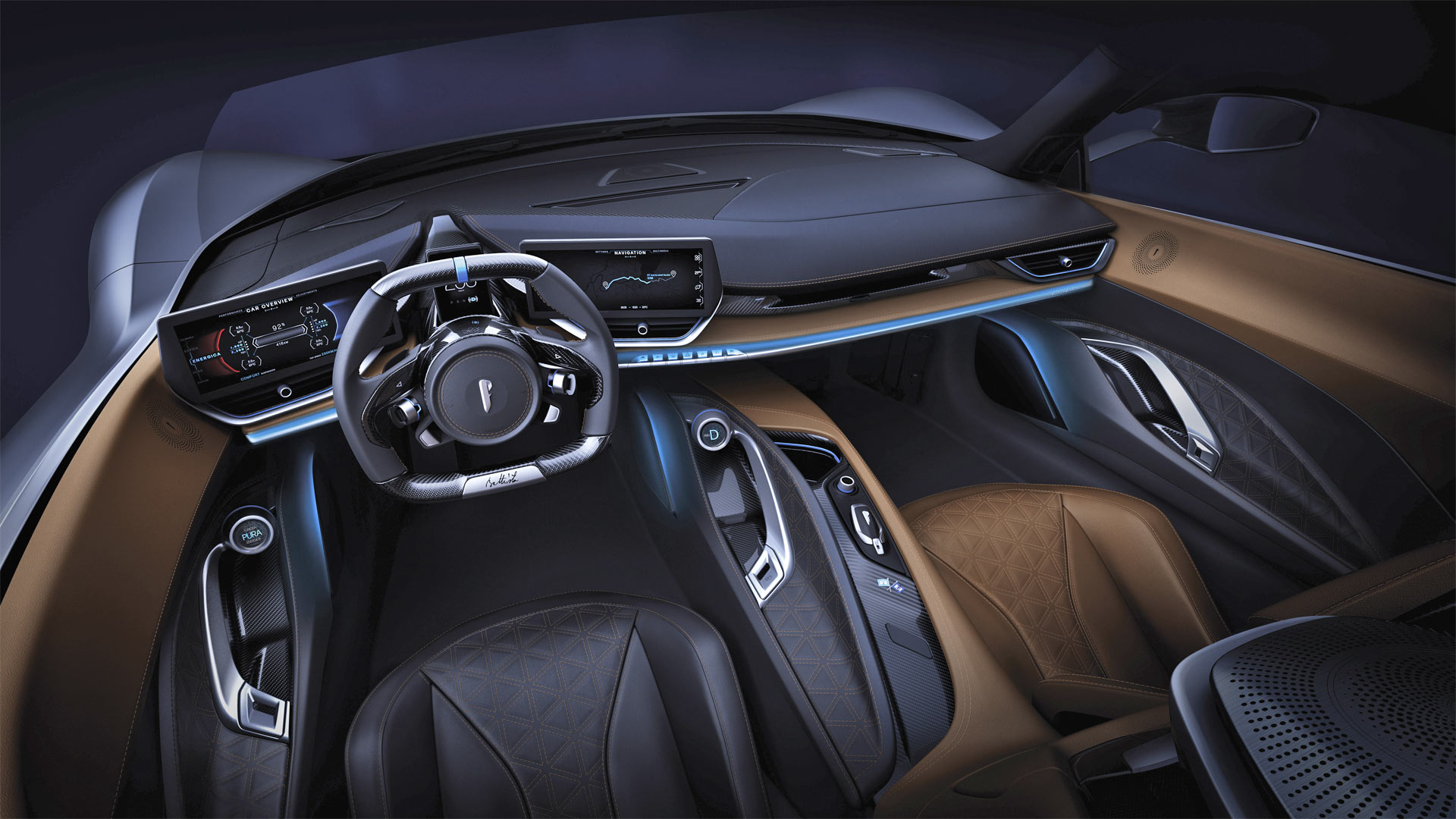 As we can see, the interior is totally focused on the driver. Dominating the cockpit are multiple screens angled towards the driver, which Borgogno calls a “vanishing point” concept. The left screen controls dynamics and performance, while the right screen controlling media and navigation. Lower down are rotary controls that change drive mode settings and transmission controls, left and right, respectively.

Since Pininfarina is building only 150 units, buyers will have almost endless opportunities to personalize with materials and colour. 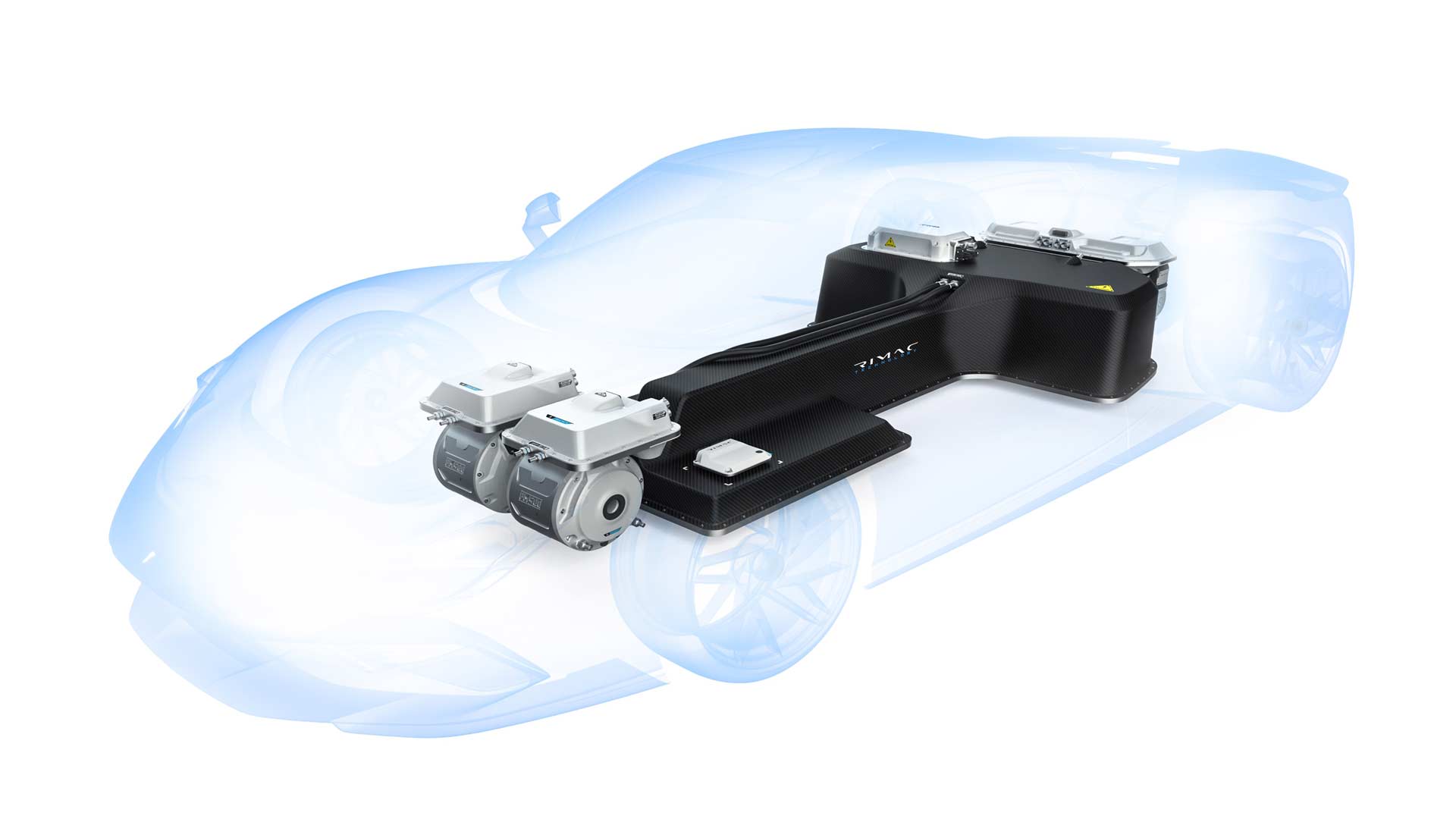 Pininfarina’s battery pack partner is Rimac Automobili, who have created a T-shaped lithium-manganese-nickel liquid-cooled 120 kWh battery pack for Battista’s four electric motors, one per wheel, producing a total of 1,417 kW (1,900 bhp) and 2,300 Nm (1,696 lb-ft) of torque. Four motors suggest that the torque vectoring is easy. The driver will have access to 5 driving modes.

The range is estimated to be around 450 km (280 mi), and the battery is DC fast charging capable. As for the performance, Pininfarina claims a 0-100 km/h (62 mph) sprint time of less than 2.0 seconds and a top speed of over 350 km/h (217 mph). Stopping power comes from carbon-ceramic discs measuring 390 mm (front and rear) with 6-piston calipers.

A full carbon monocoque, bonded carbon roof, rear carbon subframe with crash structures of carbon fibre and aluminum, and a full carbon body tells us that the car is made of little else than carbon.

The Battista will arrive in 2020 which is also the 90th anniversary of the legendary Italian design house. 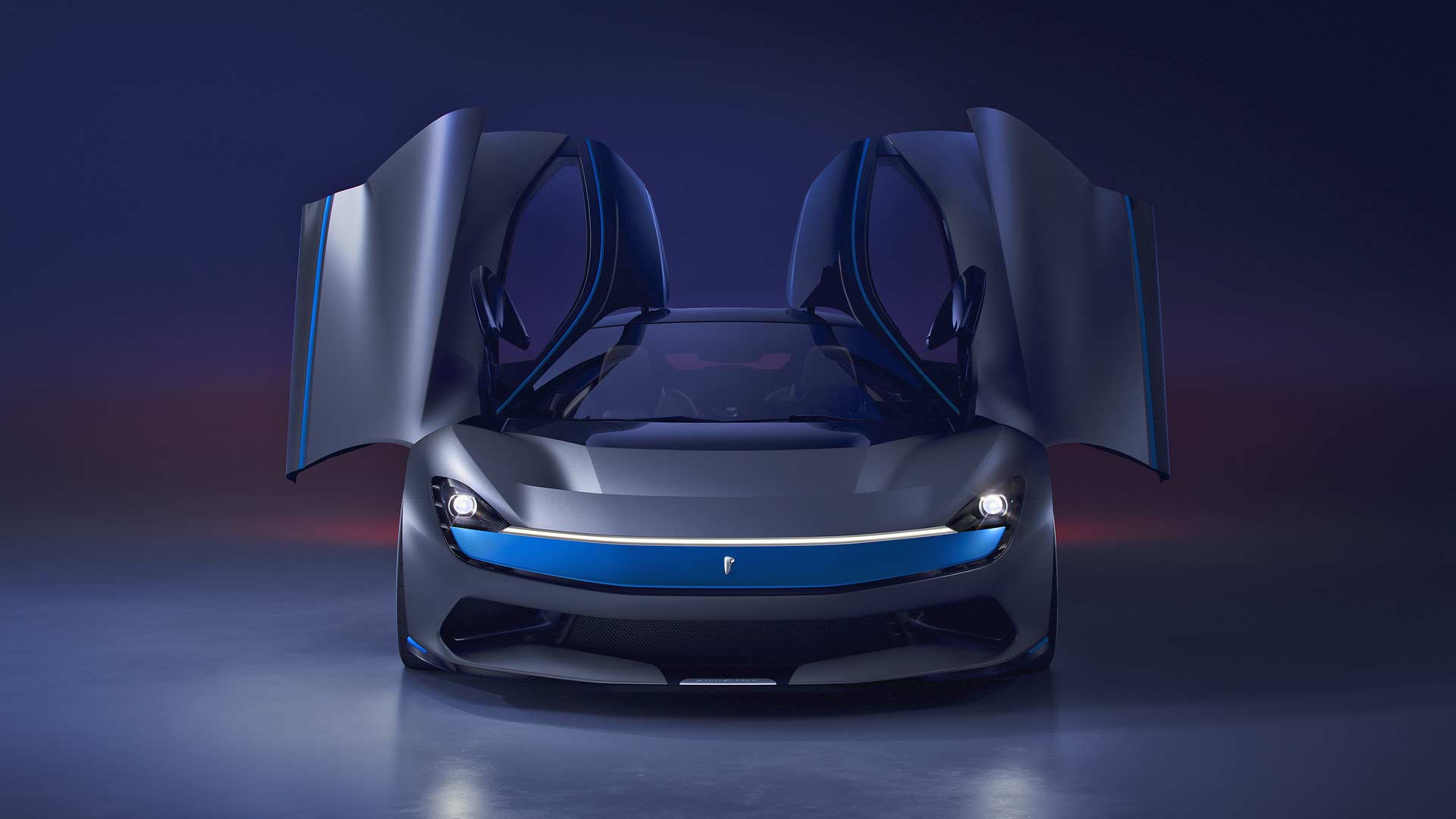 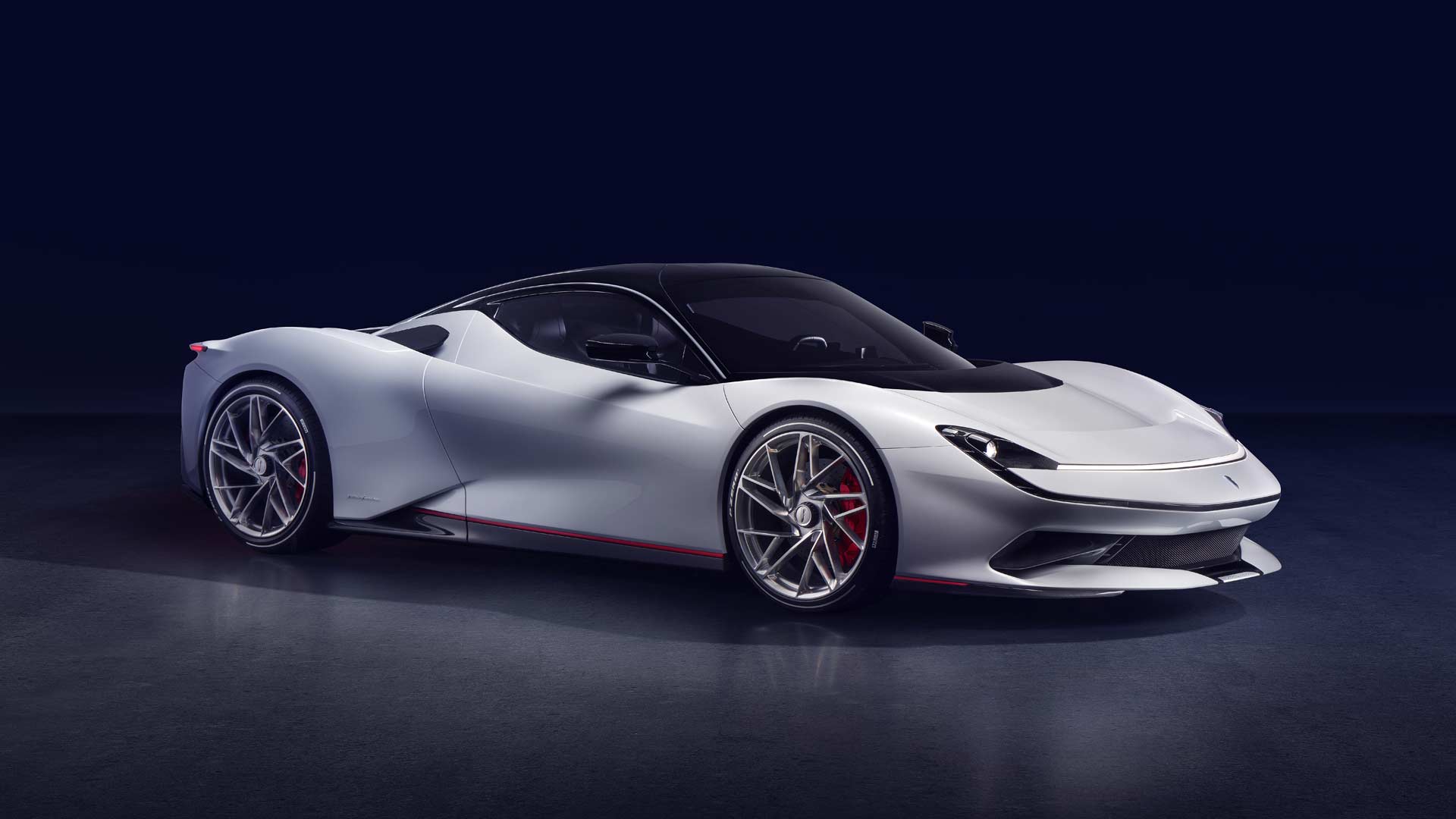 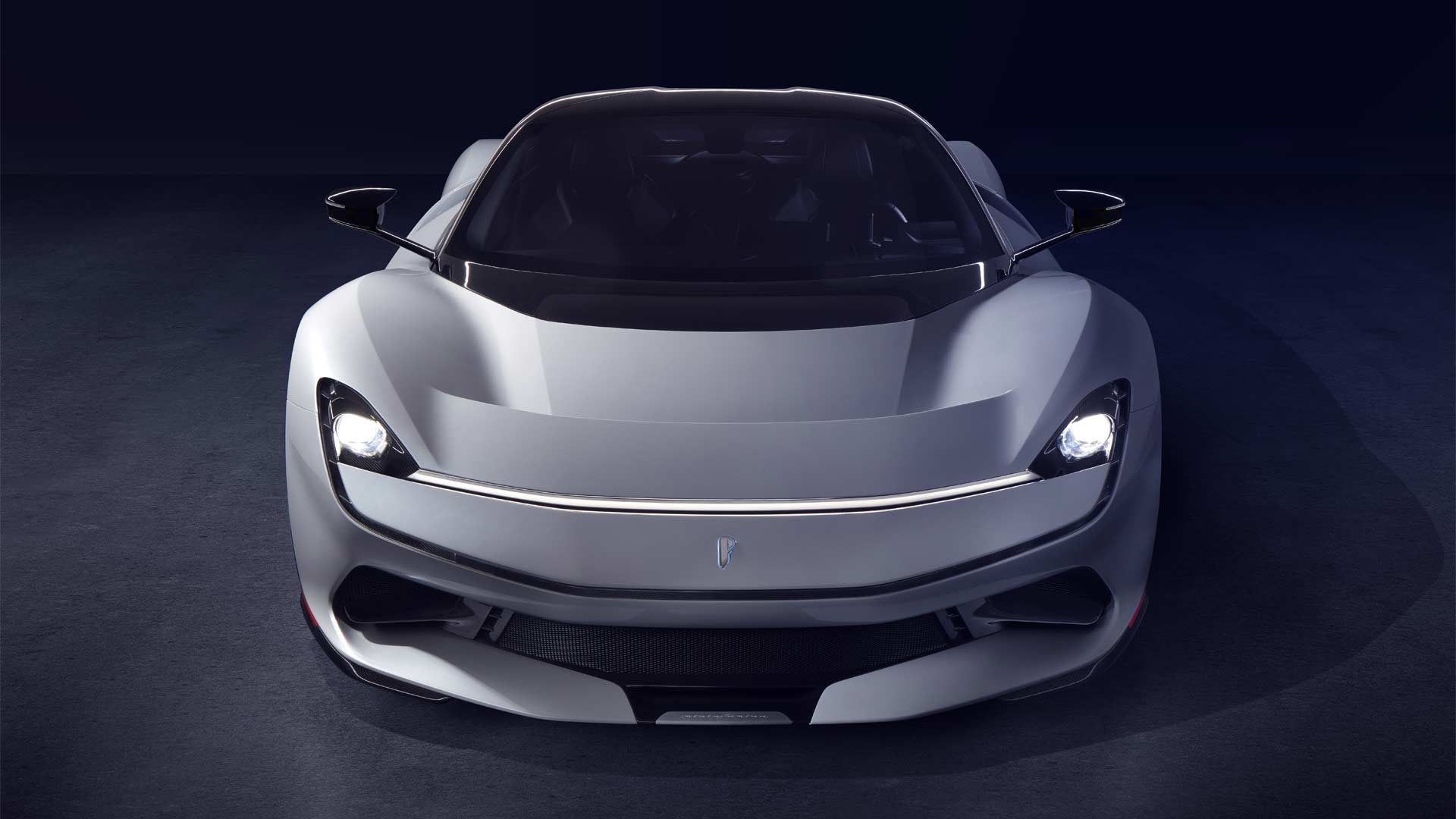 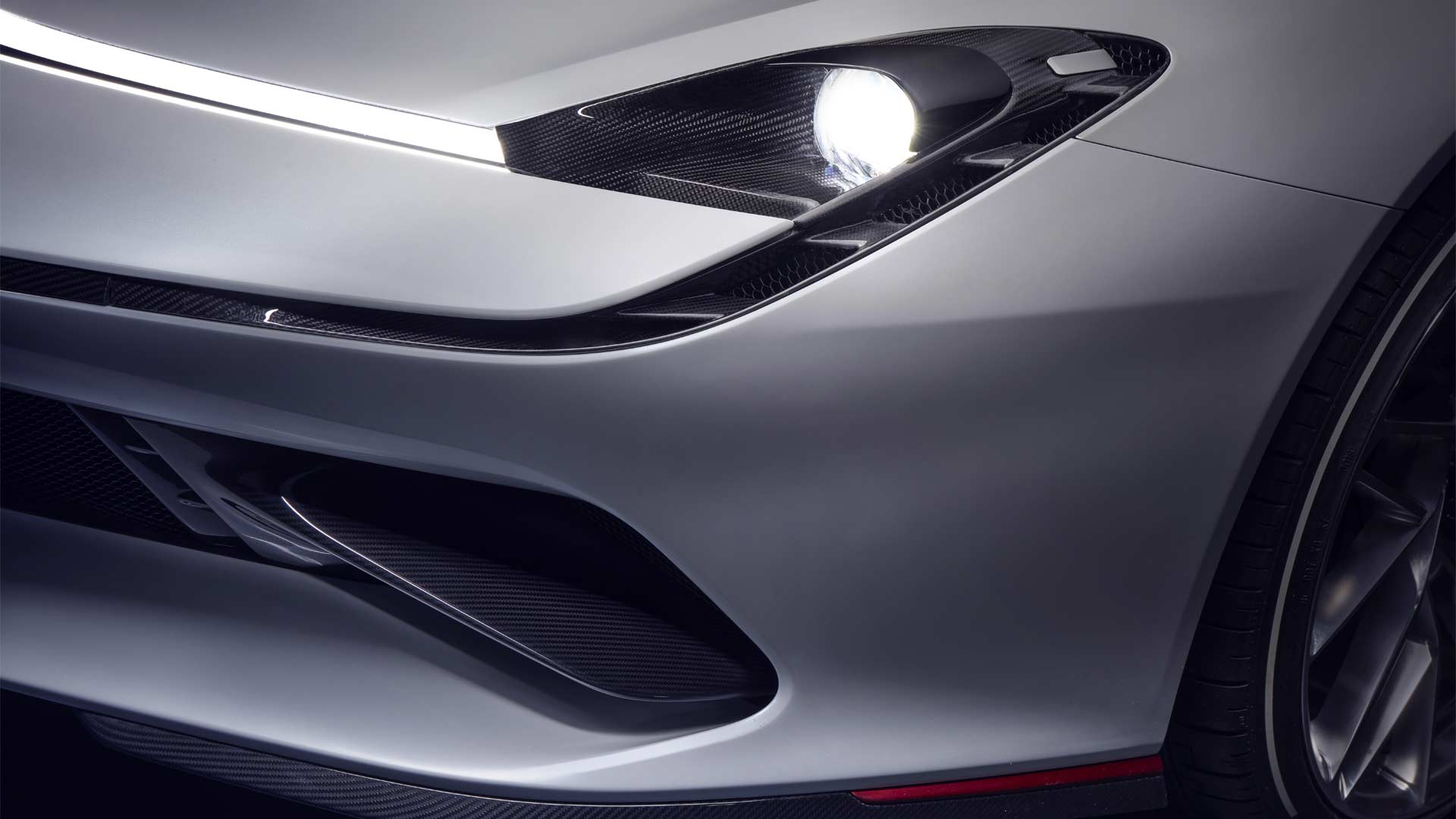 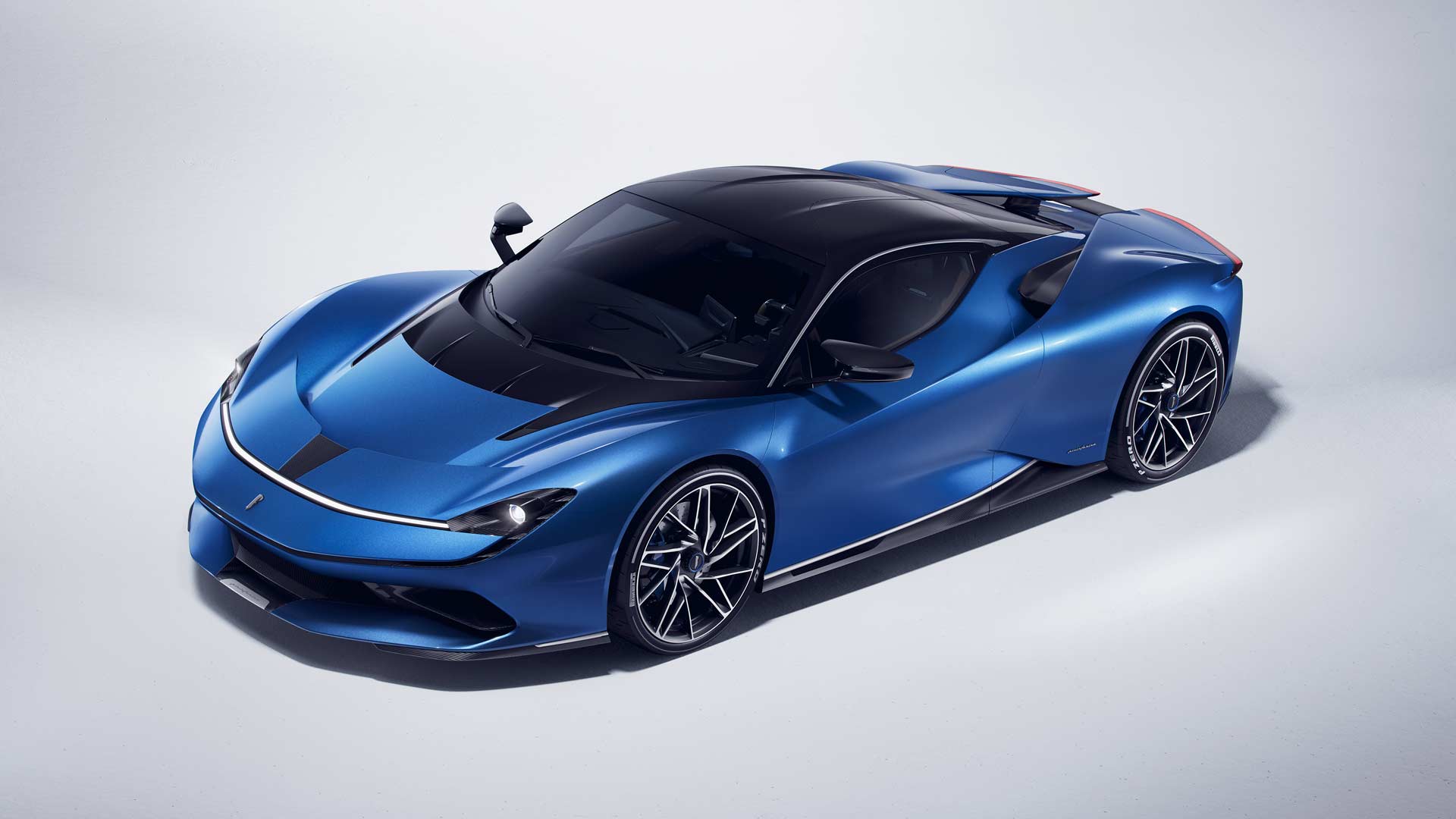 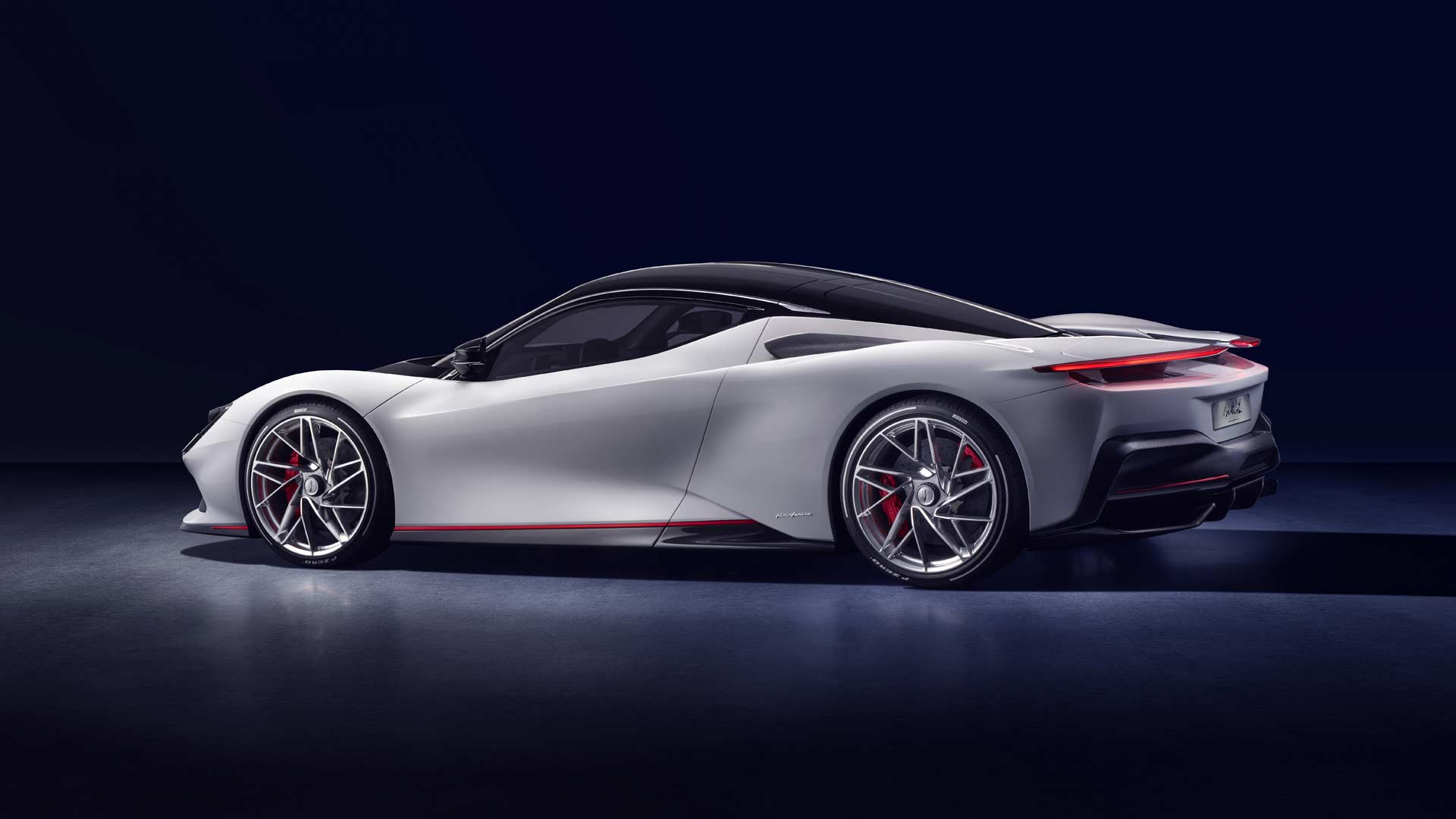 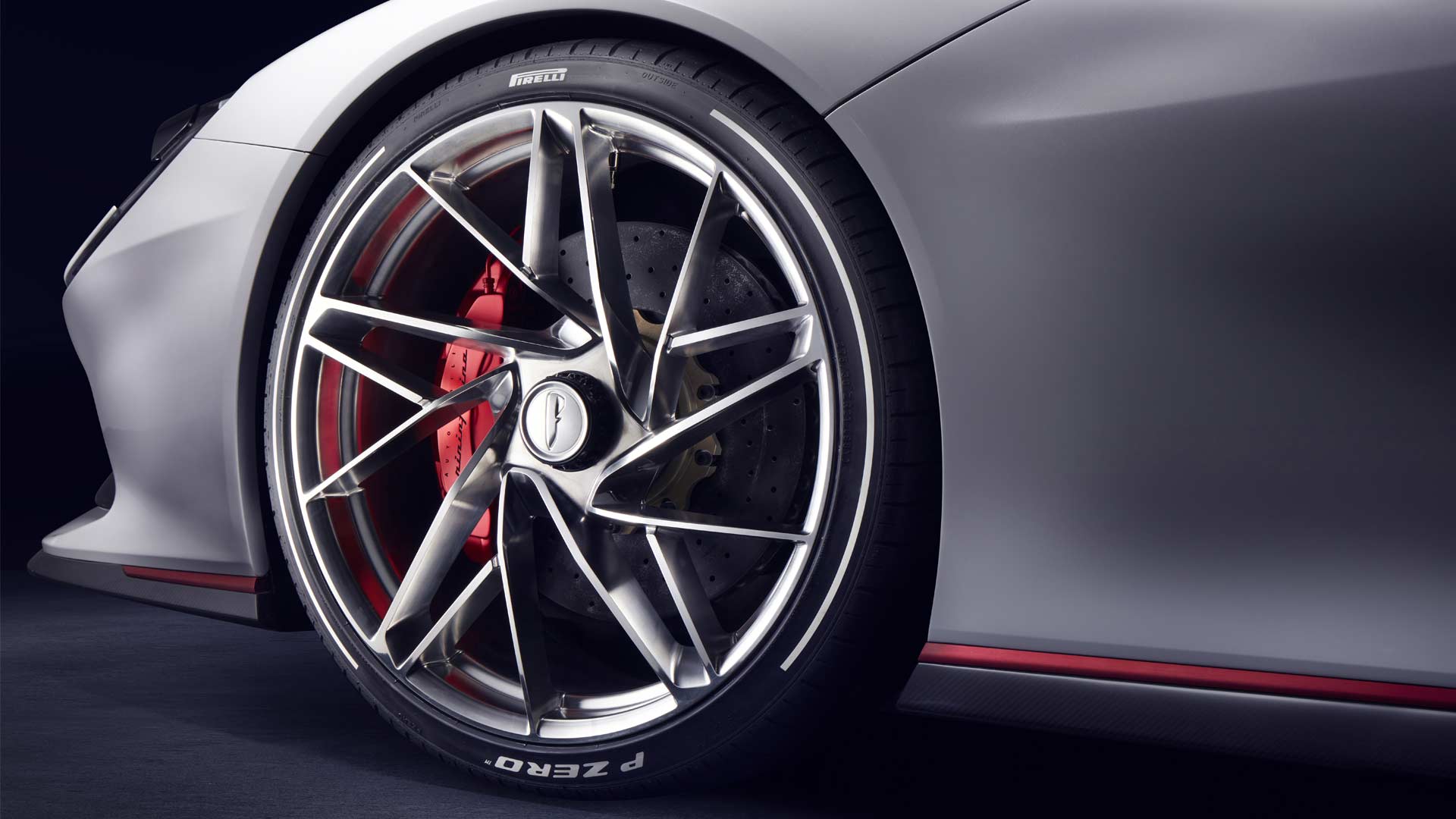 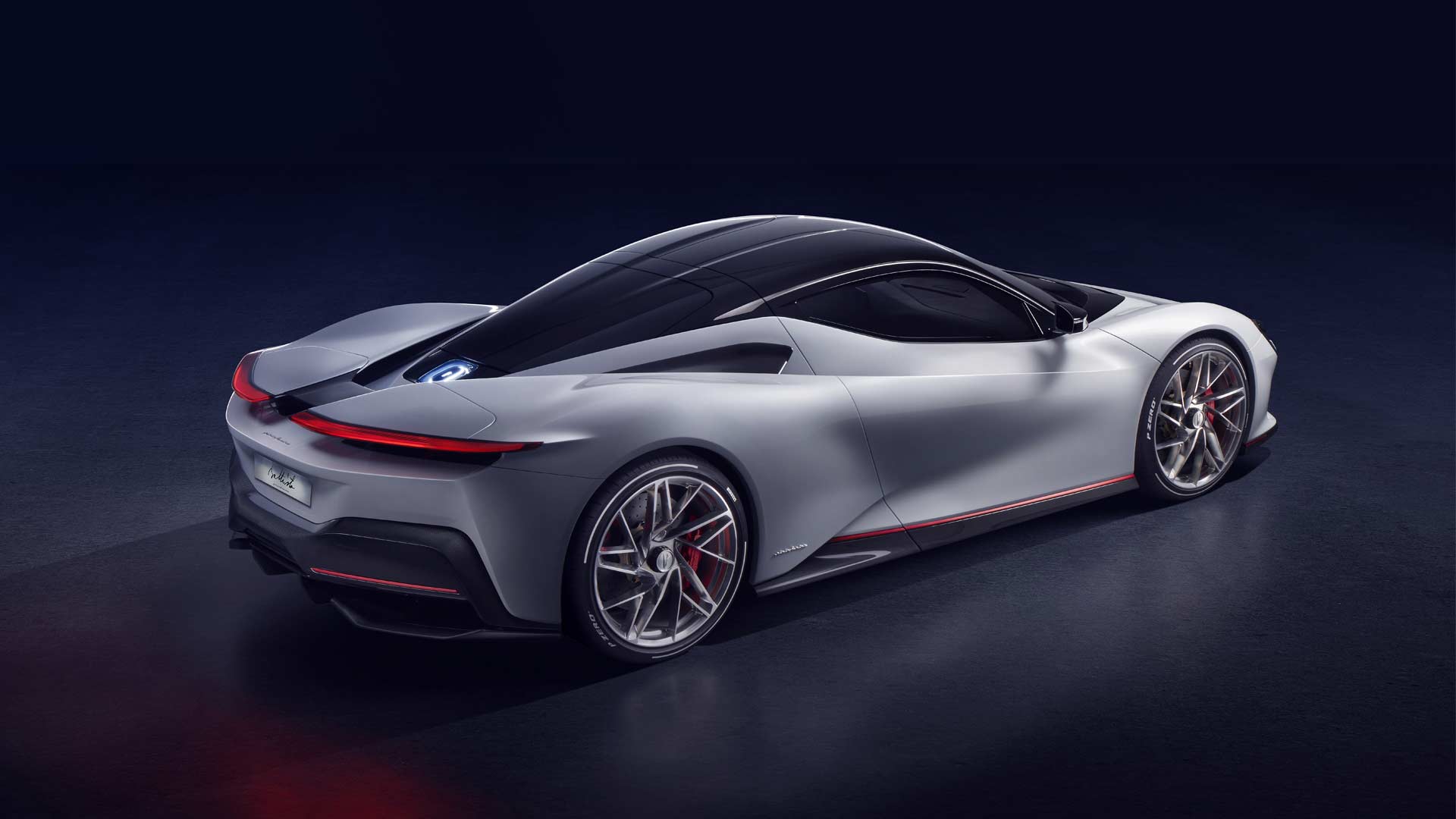 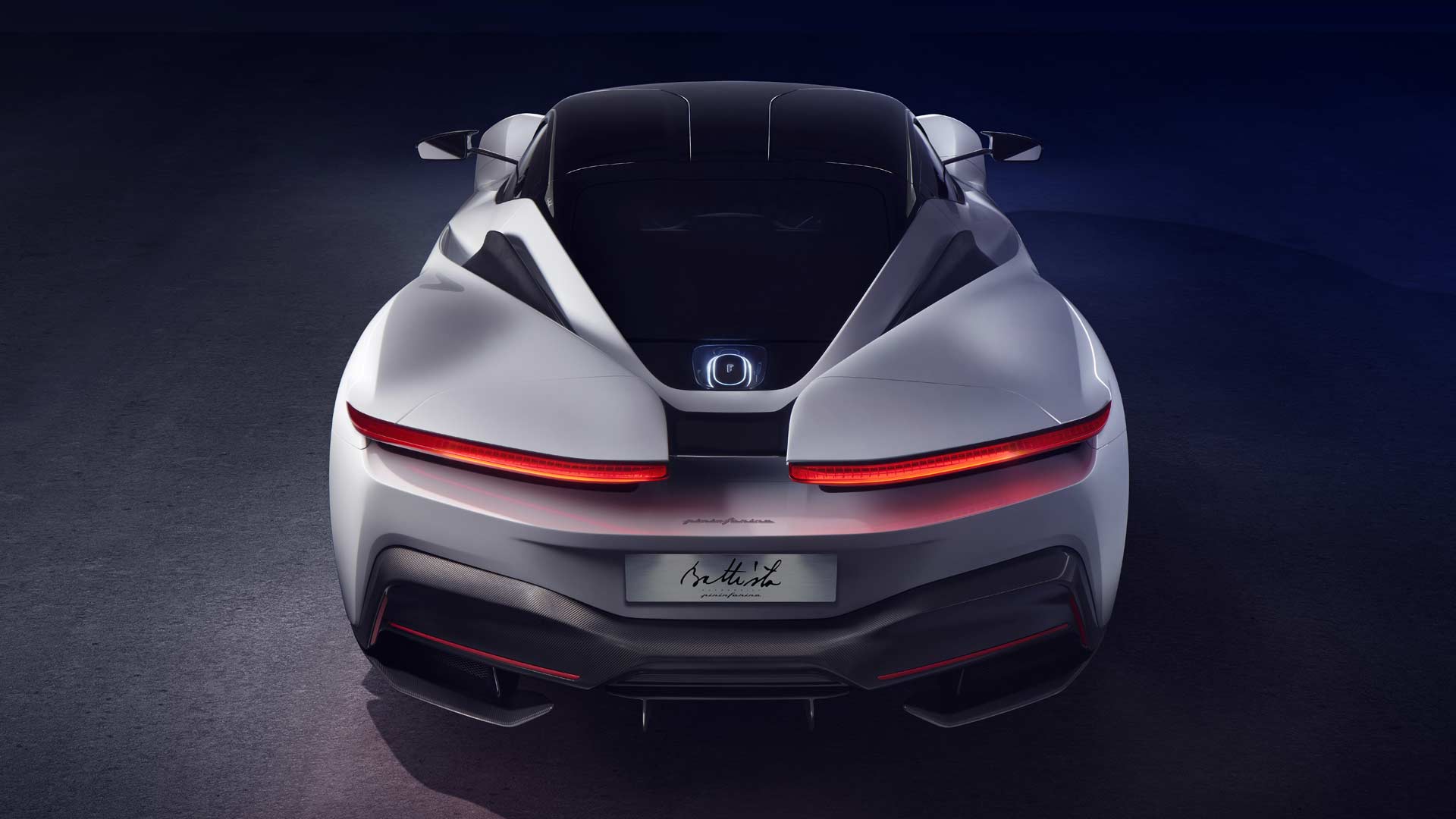 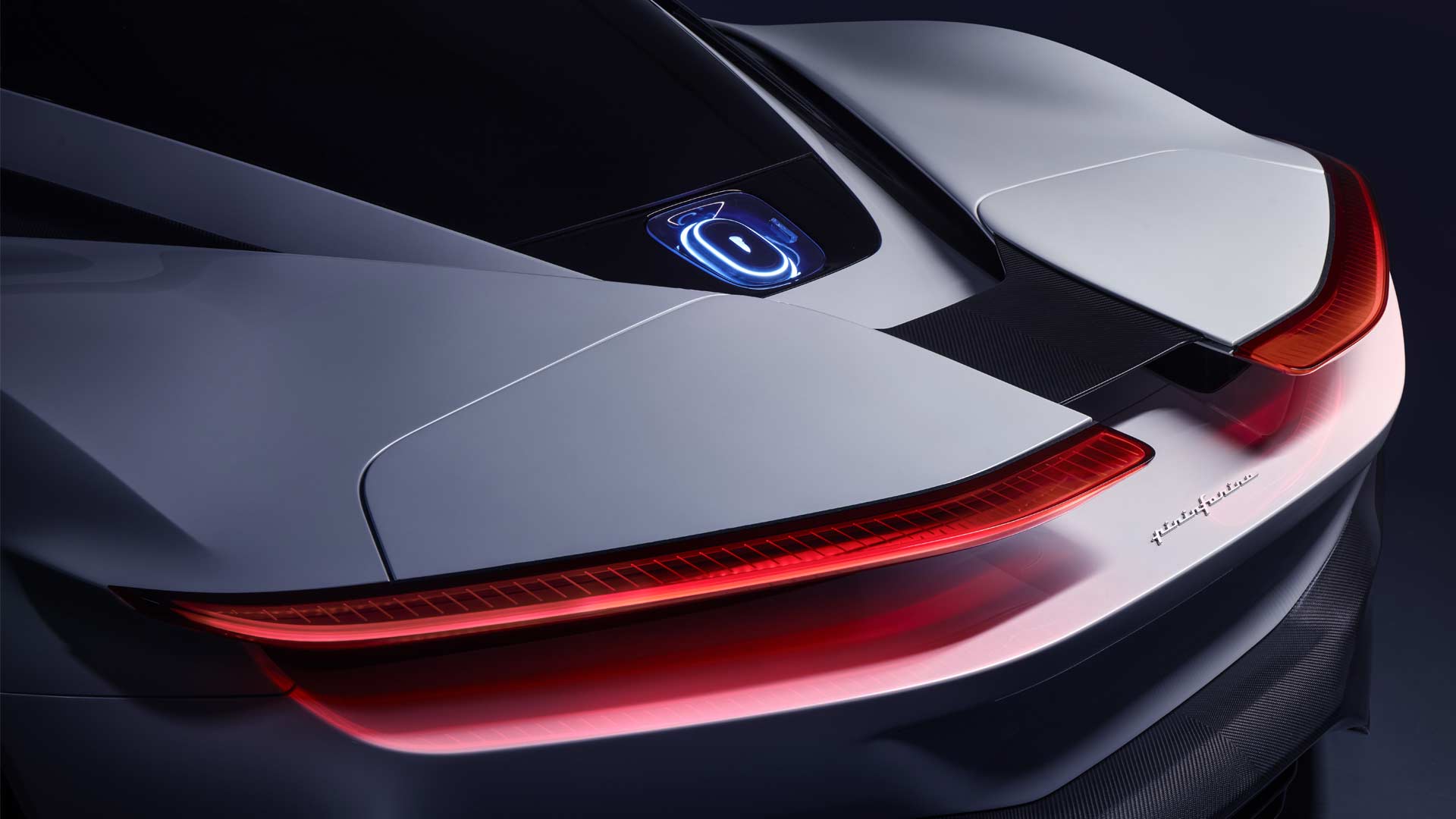 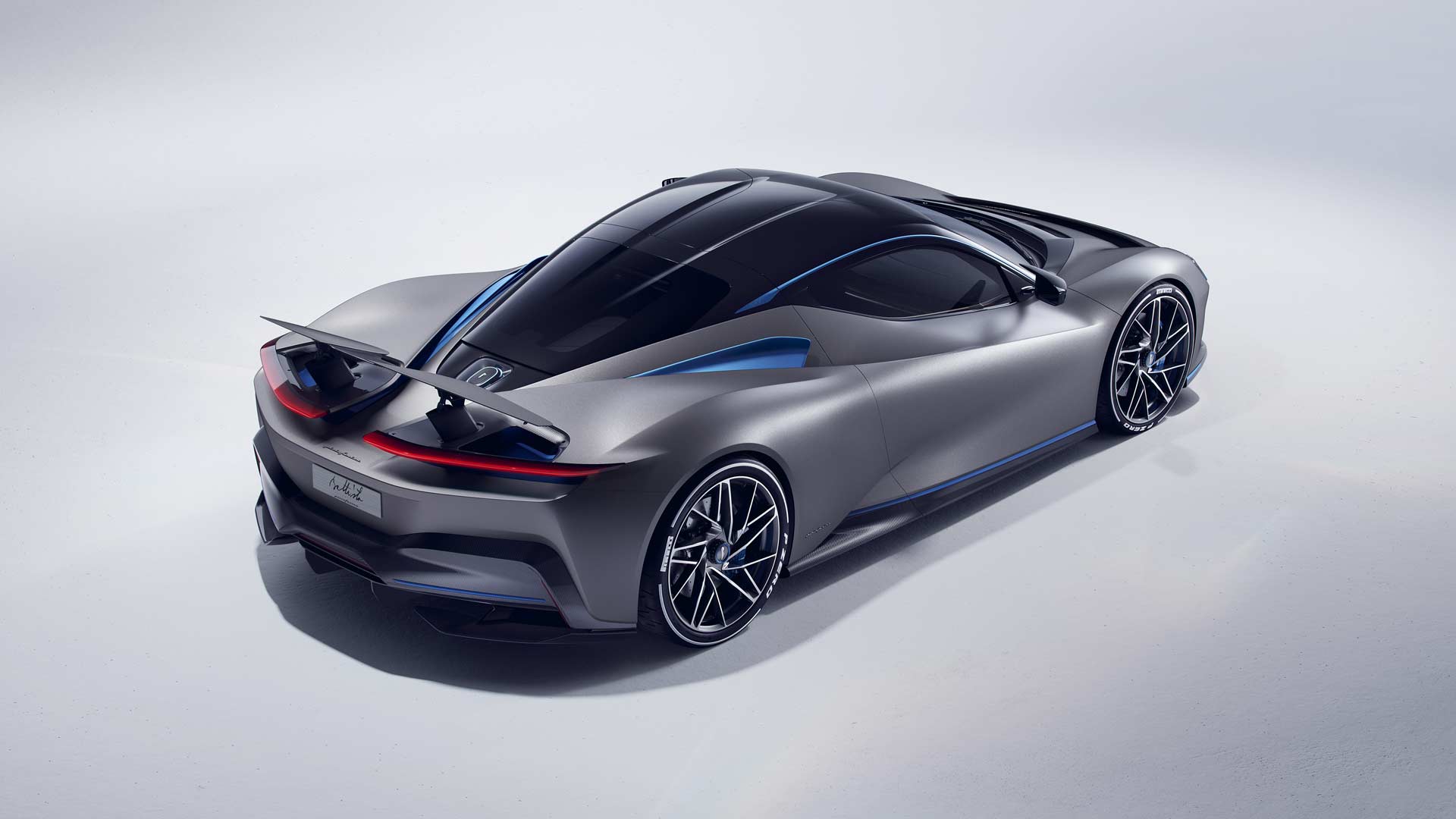