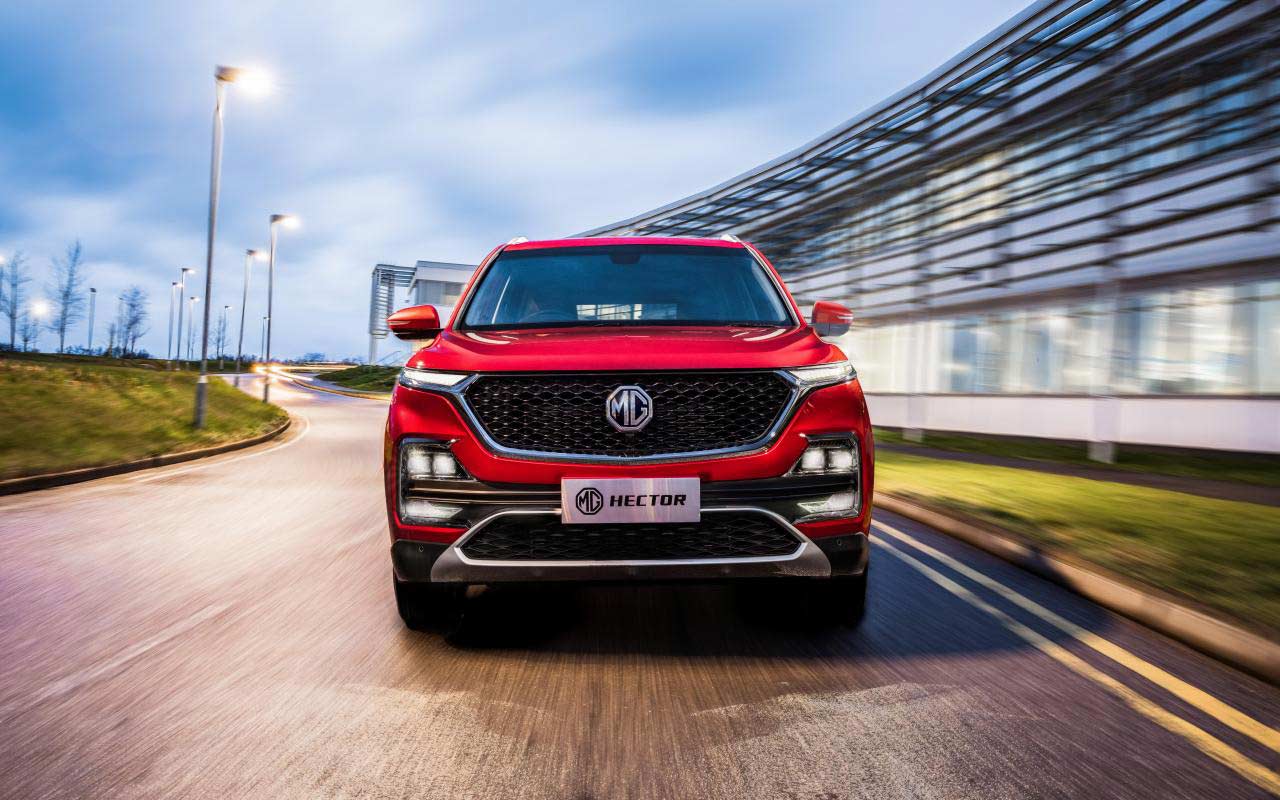 Unlike Kia Motors which has been involved in the Indian sports scene to build its brand in the country, MG Motors has taken a different approach altogether. The SAIC-owned British brand’s first product for India will be called MG Hector, based on Baojun 530.

The MG Hector coming soon on Goan Roads… Here’s bringing in ‘Internet of Cars’ concept. Do you want to wait any longer for the future?

However, there’ll be modifications for the country, and one of which will be iSMART Next Gen – a connected car technology. In fact, MG goes on to call the Hector as “India’s first internet car”. Unlike the original Baojun, the Hector will feature a portrait-oriented 10.4-inch head unit which features voice command, and comes pre-loaded with entertainment content. It is apparently built to withstand extreme climatic conditions of India. The SUV comes embedded with M2M (Machine-to-Machine) sim that is claimed to be an industry first. Developed by Unlimit in partnership with Cisco and Airtel, the connected mobility solution on the MG Hector is Internet Protocol Version 6 (IPV6) ready for 5G. This enables the users to receive real-time software, entertainment content and application updates Over The Air (OTA).

Another key feature of this iSMART system is Voice Assist, developed by Nuance, and has been specifically designed for India for Indian accent learning, apparently. The Artificial Intelligence (AI) and Machine Learning (ML) algorithms in the system will learn and get better with every day usage. Activated with “Hello MG”, the voice assist allows over 100 commands, including opening and closing of windows and sun roof, AC control, navigation, and works even under poor connectivity, the company said.

As you would expect, there’ll also be a mobile app to remotely monitor and control the Hector. The car gets scanned each time the App is opened, and information includes location of car, tyre pressure, or if the doors are locked or not. Owner can use the app to directly lock or unlock doors, turn on ignition and switch on the AC. It would also allow owners to schedule a service and keep track of the service history.

As for security concerns, MG said that the iSMART ensures that its customers remain protected against advanced threats. Owners can locate their cars remotely and geo fence it, so that the car cannot be taken out of a predefined zone. The iSMART is hosted on Microsoft Azure Cloud which will apparently provide impregnable cyber security for all data.

Last but not the least, MG has set up a customer management service centre called the Pulse Hub. If a car’s airbags are deployed under an emergency condition, automatic messages are sent to the Pulse Hub and the registered phones along with a series of emergency response actions will get activated instantly. MG Motor confirmed that the Hector will go on sale by June this year.