Just like Apple, Facebook too seems to be getting ready for ACES or CASE (Autonomous, Connected, Electric, Shared) future. No, we’re not talking about Facebook employees using shared mobility in the future; the social networking giant seems to be secretly working on some mobility solutions too.

One of those projects is a strange looking two-wheeler, a platform rather, which is supposed to balance itself. The patent named Self-Balancing Robotic Motorcycle has been applied by Facebook on behalf of the inventor Scott C. Wiley. 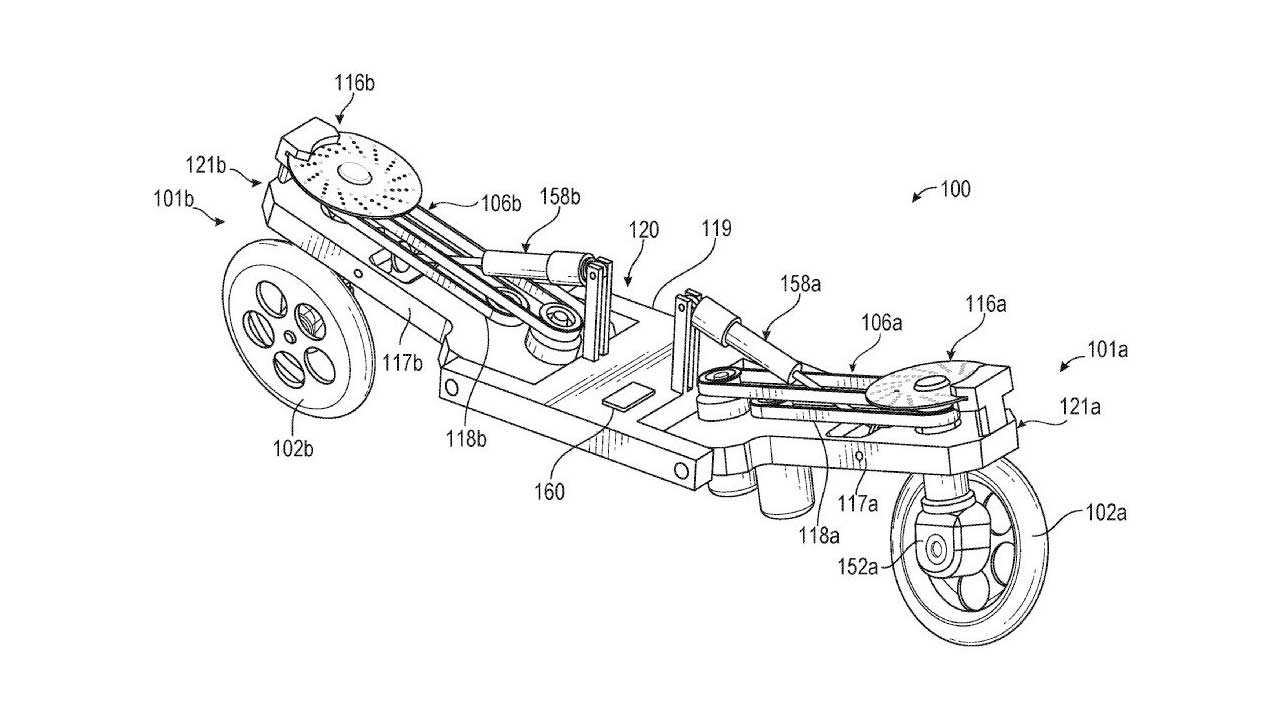 As the drawings would suggest, the setup is rather unusual. Simply put, think of it as two motorcycle-like swingarms that have been mounted in a horizontally opposing way. Also, notice the monoshock suspension on either side, setup in a pushrod-like way. What makes it more strange are those disc brakes and calipers, which aren’t in a place where they are typically expected to be.

What we can also figure out is that there are two electric motors, one for each wheel, but the drive isn’t direct. In each “swingarm”, a belt transfers the torque via a set of gears. 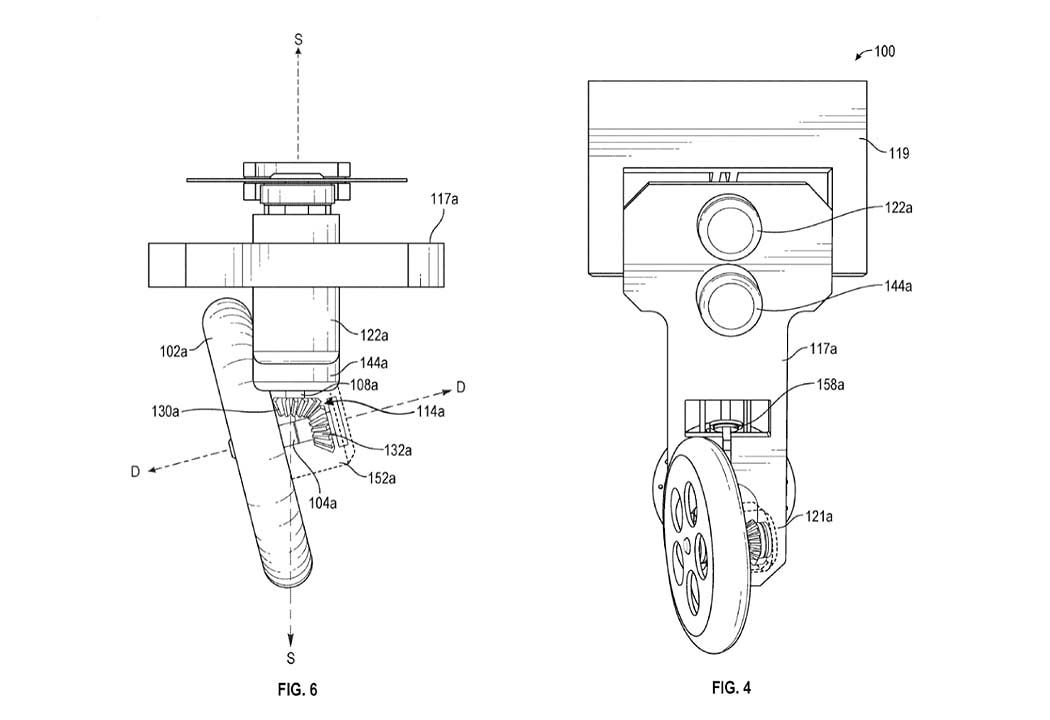 This setup is also expected to help the vehicle move sideways in a congested urban space. As for the self-balancing part, the patent mentions a control loop stabilizer that involves sensors for detecting balancing input, and (maybe) a gyroscope too – something expected on a self-balancing two-wheeler.

While there have been attempts of self-balancing motorcycles before (I’m talking about Honda and BMW), what makes this one more interesting or strange, is its unusual setup or the question that why Facebook is working on this.