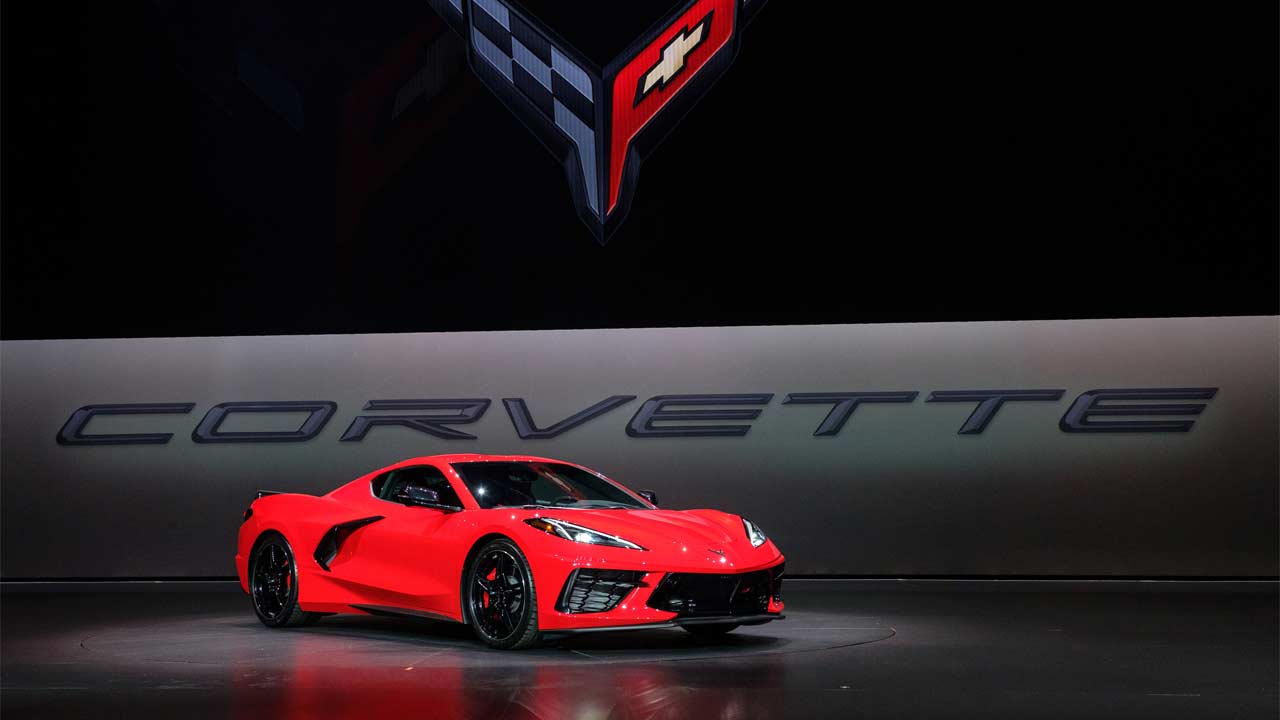 As announced back in April this year by driving the prototype through the streets of NYC, the new generation Chevrolet Corvette has made its debut on Thursday in California, with an impressive new design and rear-mid-engined layout for the first time. The photos here showcase the Corvette Stingray with targa top. 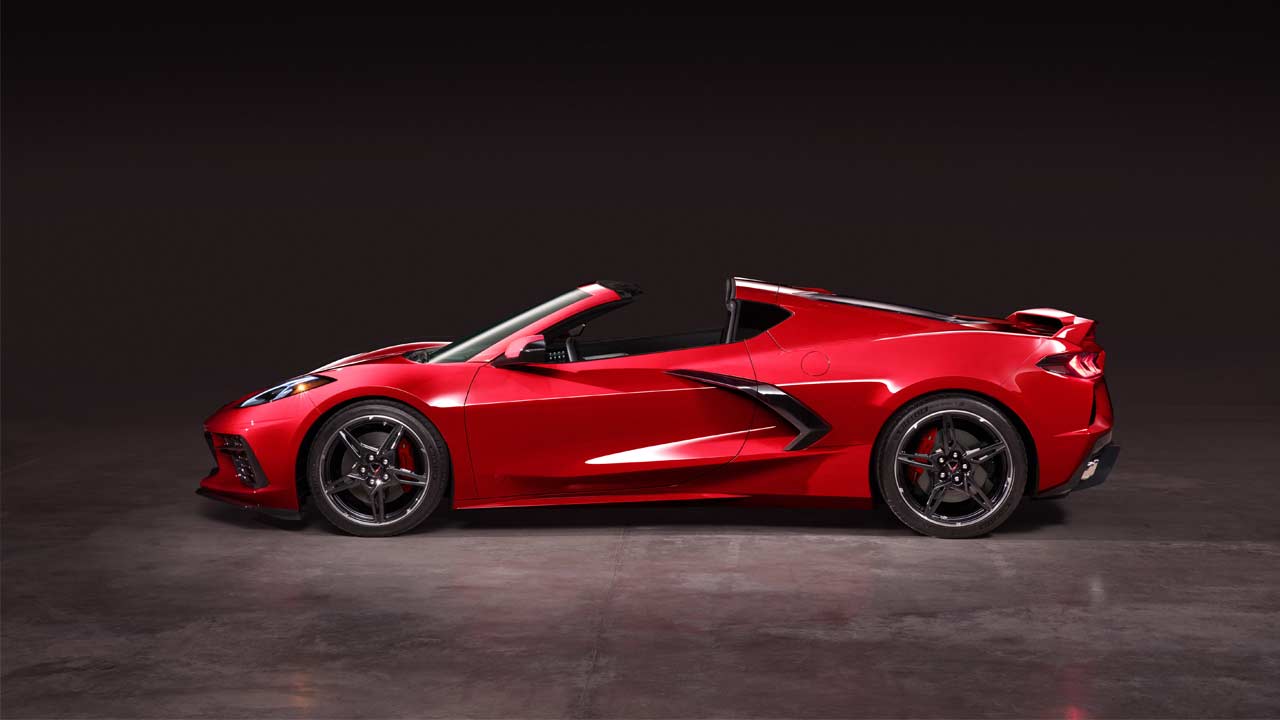 The removable roof can be stored in the rear trunk

Naturally, the new layout has resulted in the cockpit moving much forward, about 16.5-inches. According to Chevrolet, the 2020 Stingray’s canopy-forward stance was inspired by F22s, F35s, and other modern fighter jets and F1 racing.

In case you’re wondering, the door release is hidden under the black insert of the air inlet for a clean look and better airflow. Apparently, the front splitter and open two-piece rear spoiler add up to a combined 181 kg (400 lbs) of downforce.

While the front fascia looks significantly different compared to the C7 Corvette Stingray with new headlamps and a reworked bumper with large air inlets, the rear-end’s dual-element LED taillamps are recognizable as a Corvette. The tailpipes are now positioned on either side of the lower bumper insert.

The car also gets a front suspension lift that raises ground clearance by approximately 40 mm at the front bumper in 2.8 seconds. Chevrolet says that it can operate at speeds up to 24 mph (39 km/h) and be programmed to work automatically through GPS to remember up to 1,000 locations. 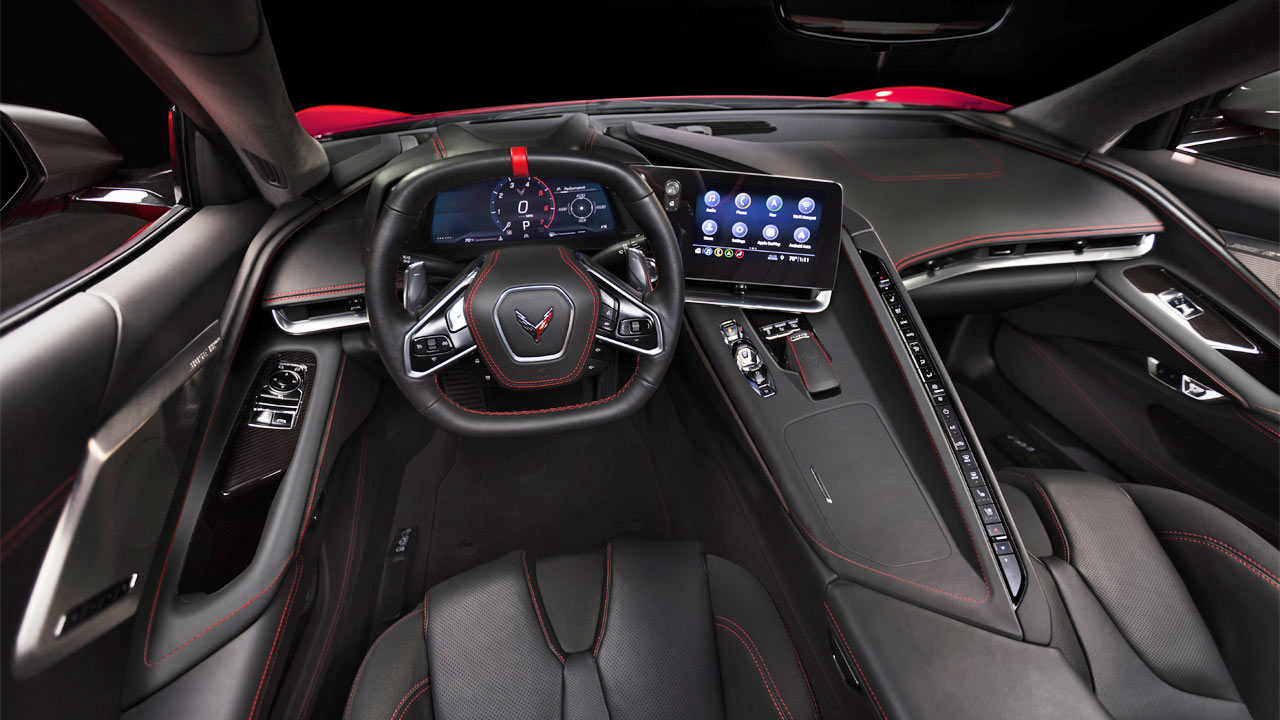 The driver-focused interior layout gets its inspiration from aeronautics as well, with vertically arranged buttons on the central spine grabbing all the attention. It appears that the passenger can barely see the central touchscreen. There are 6 color themes available – Jet Black, Sky Cool Gray, Adrenaline Red, Natural / Natural Dipped, Two-Tone Blue and Morello Red, and 3 seat options — GT1, GT2, and Competition Sport for a serious track-focused driver. The latter two also get heating and ventilation. 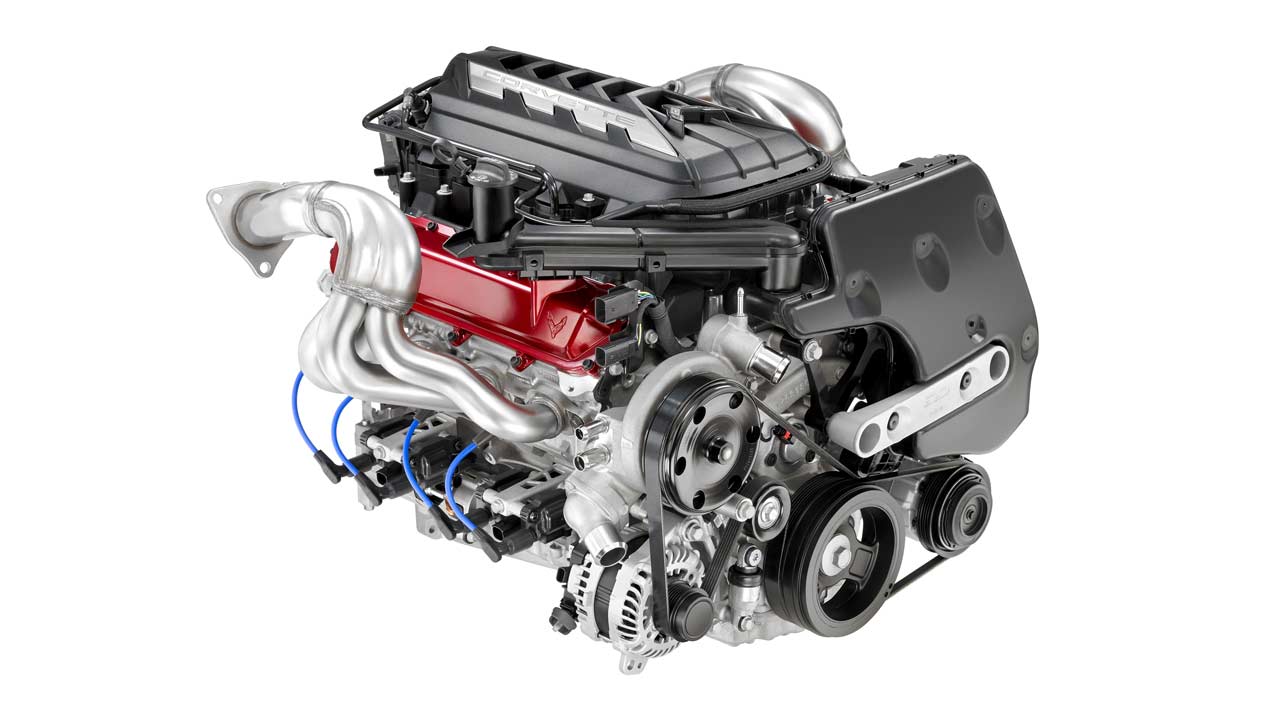 Powering the 2020 Corvette Stingray is the 6.2-litre LT2 V8 naturally aspirated petrol engine with cylinder deactivation technology. It puts out 369 kW (502 metric hp) and 637 Nm (470 lb-ft) of torque when equipped with a performance exhaust. 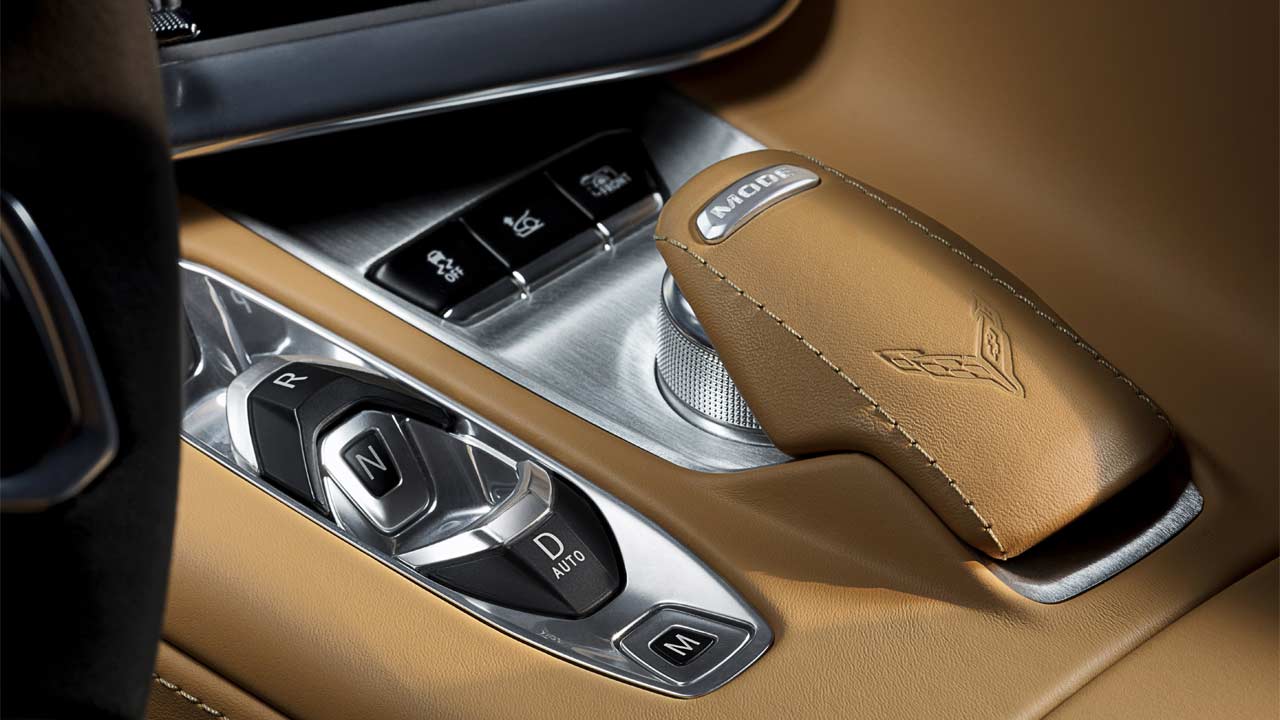 The engine is paired with a Tremec-sourced 8-speed dual-clutch automatic transmission that sends power to the rear wheels. As for modes, the familiar Weather, Tour, Sport and Track modes remain, and there are two new modes — MyMode and Z mode. The latter is activated through a Z button on the steering wheel, allowing drivers to adjust the engine and transmission as well.

What’s more interesting is that when the new Corvette goes on sale in the US, it’ll start at less than $60,000. 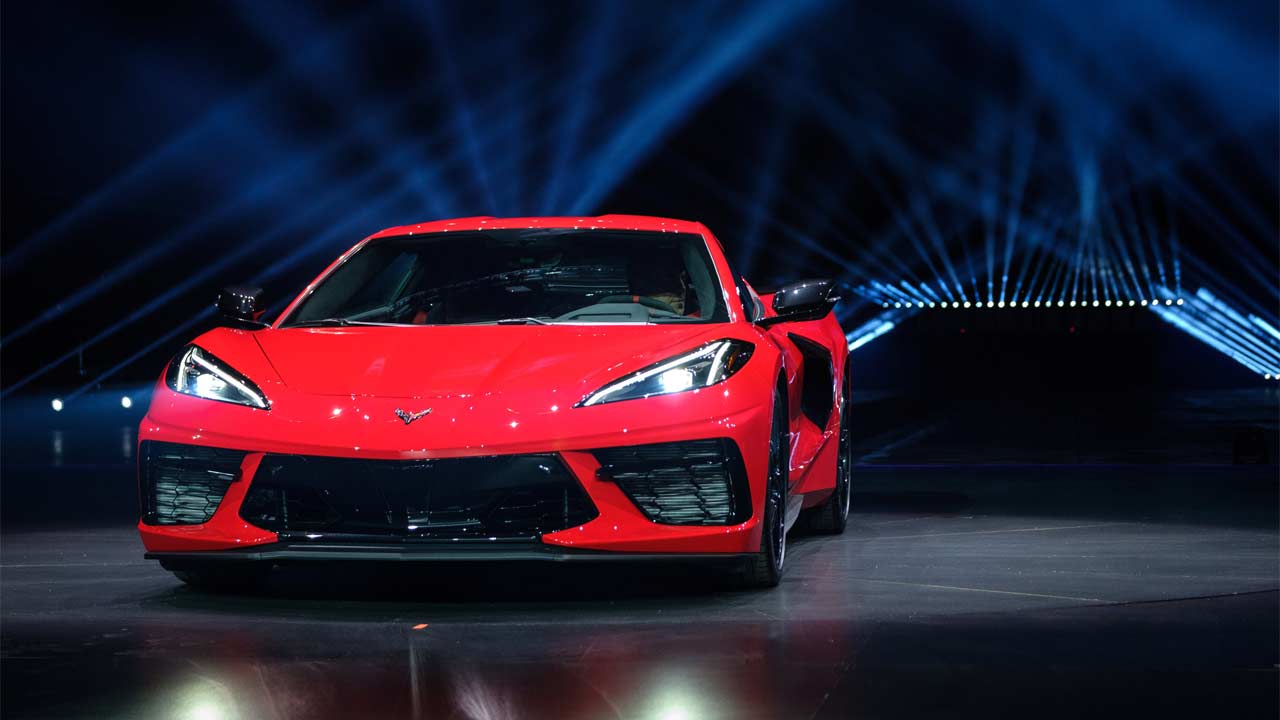 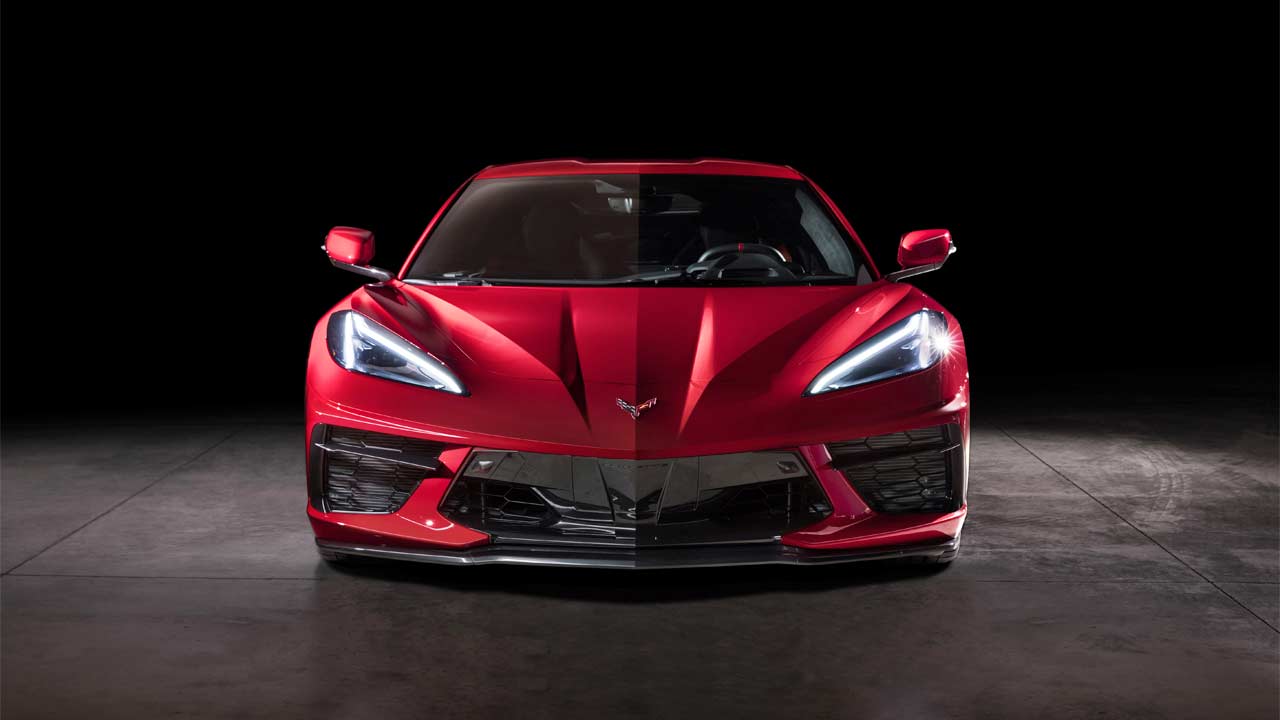 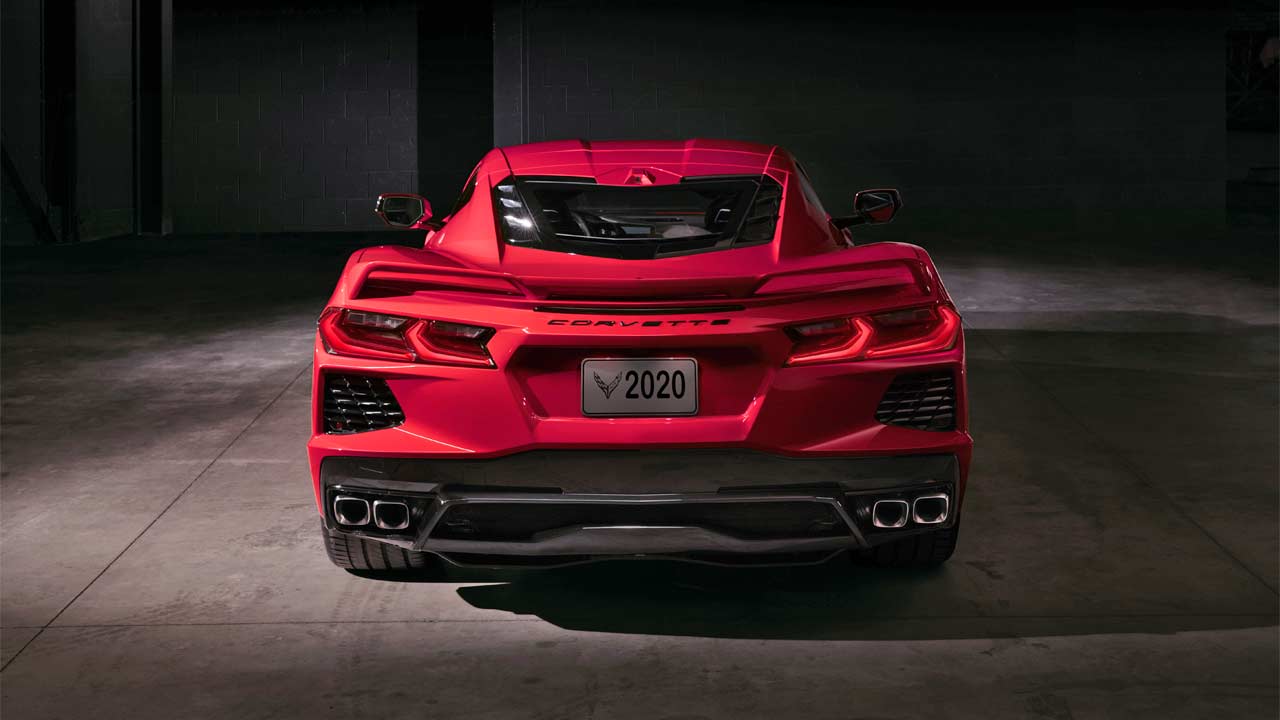 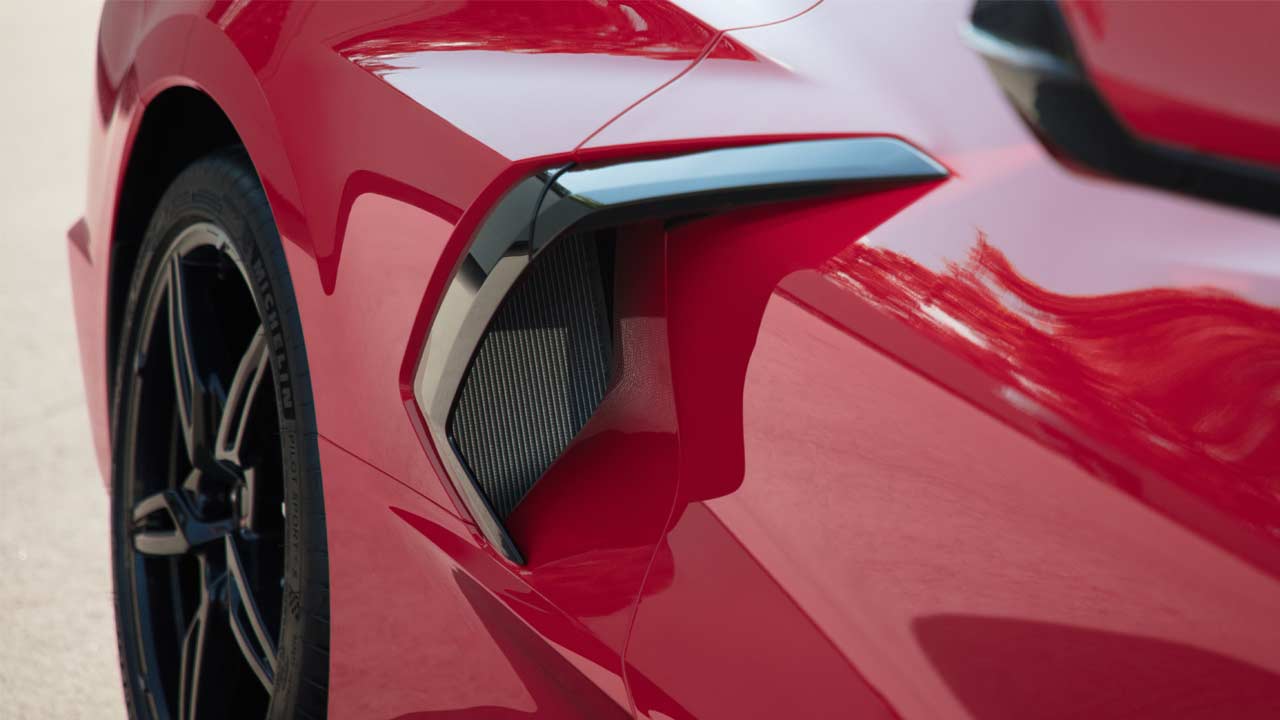 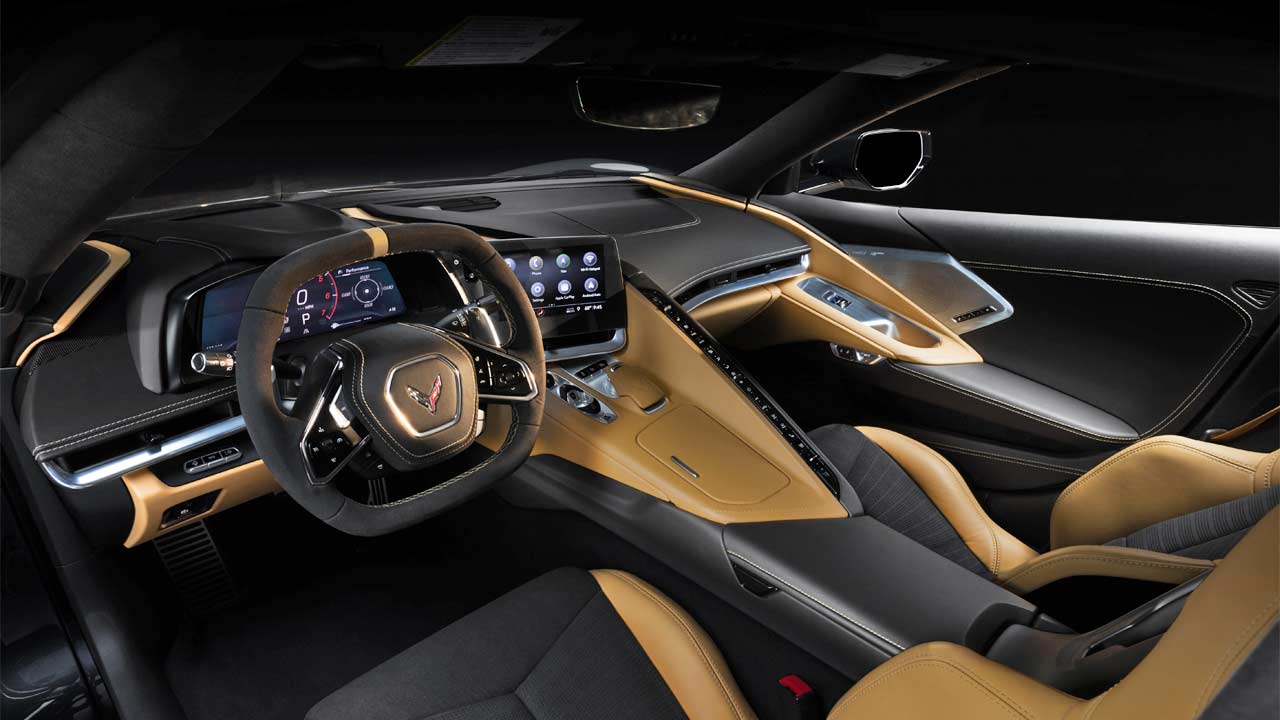 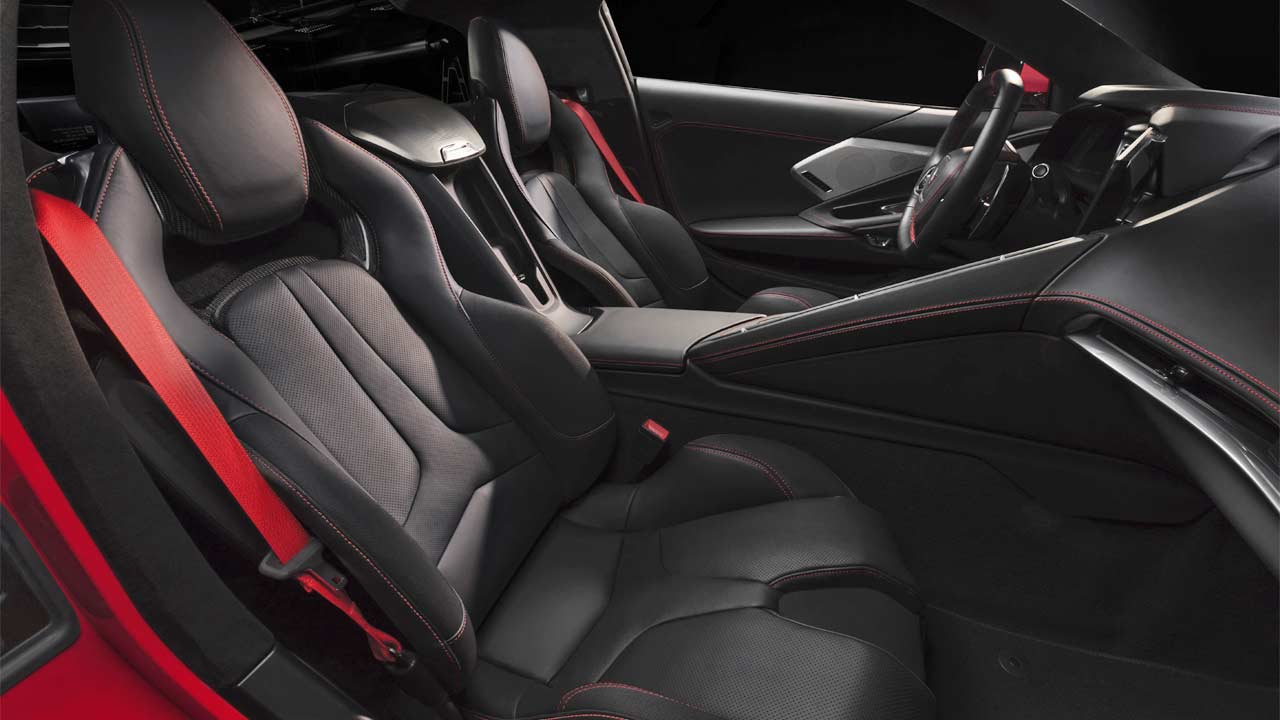 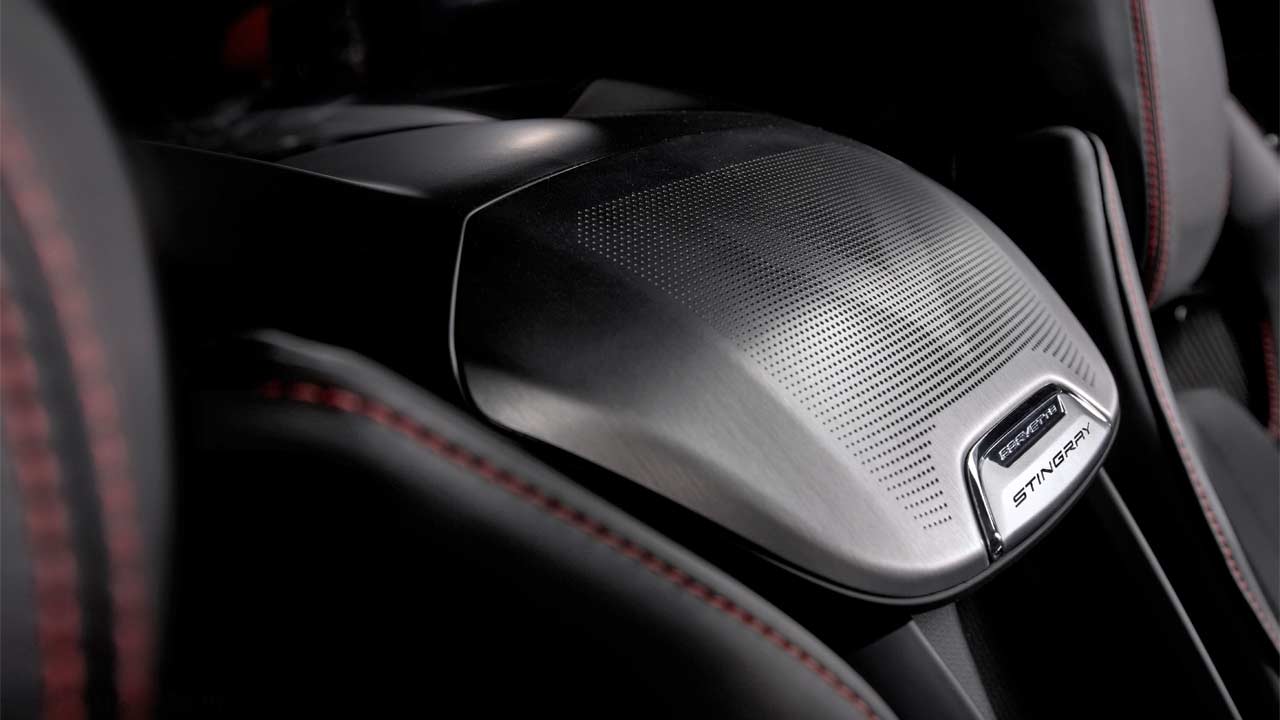 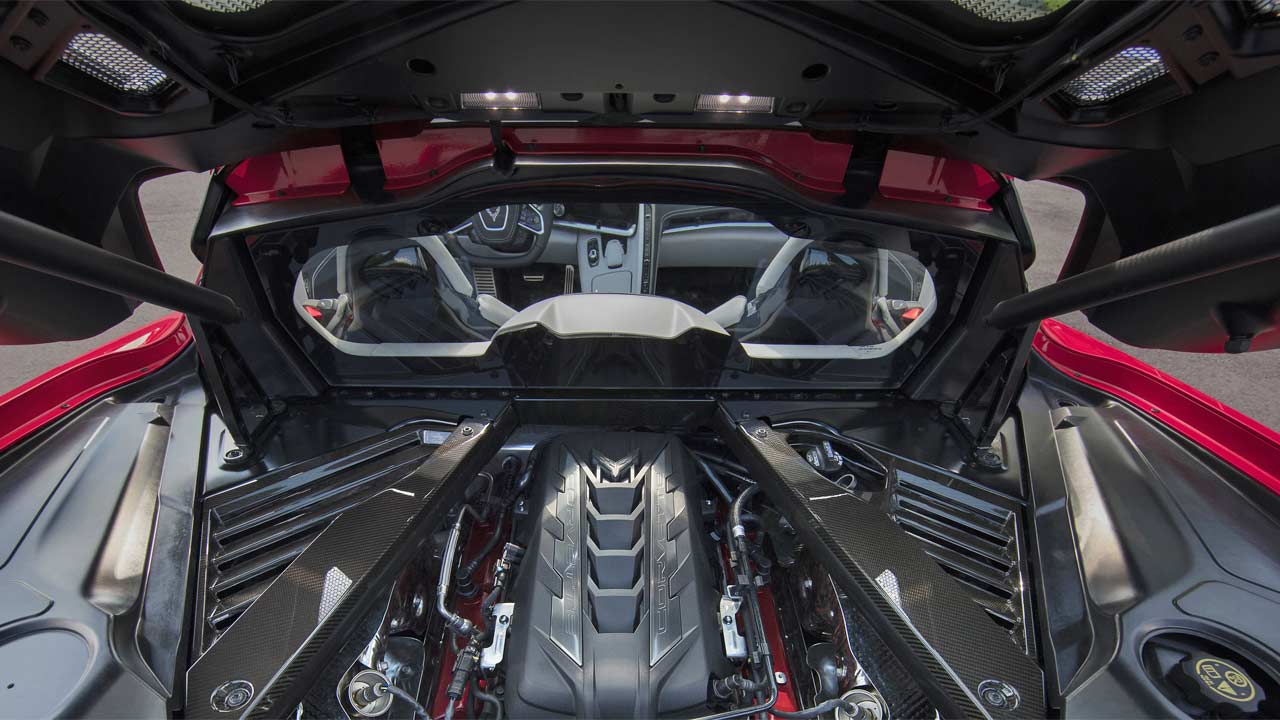 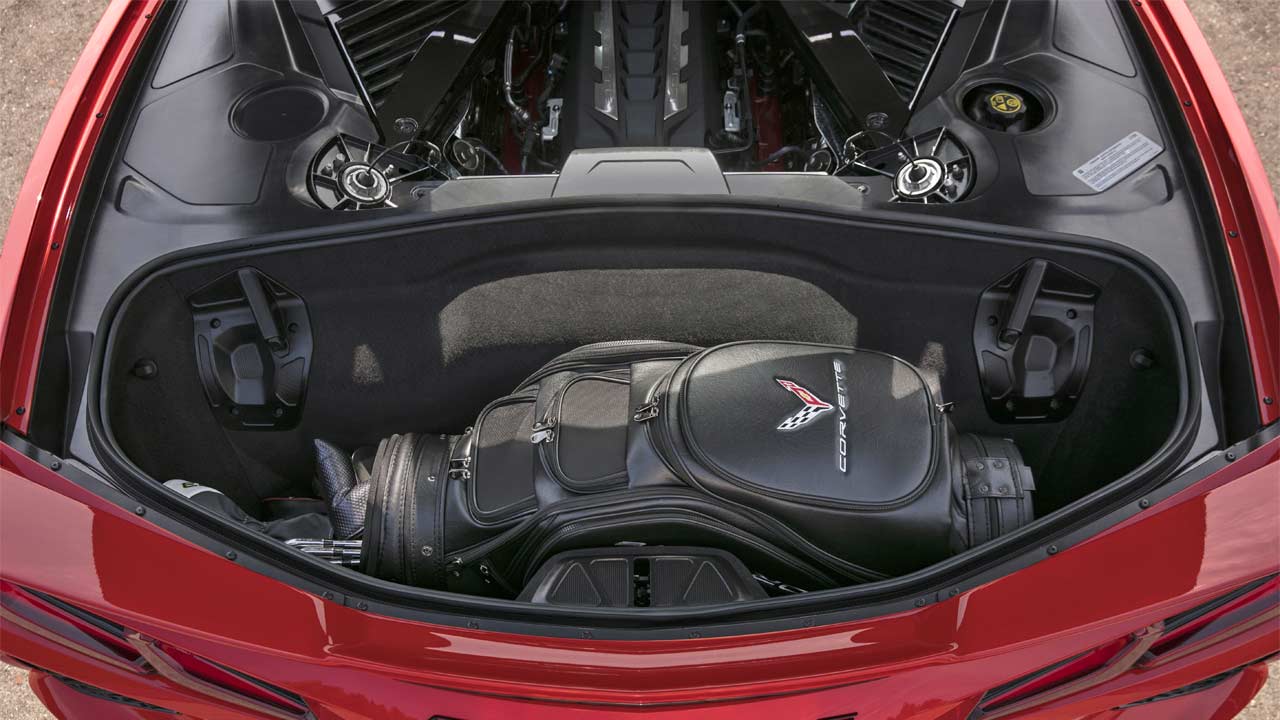 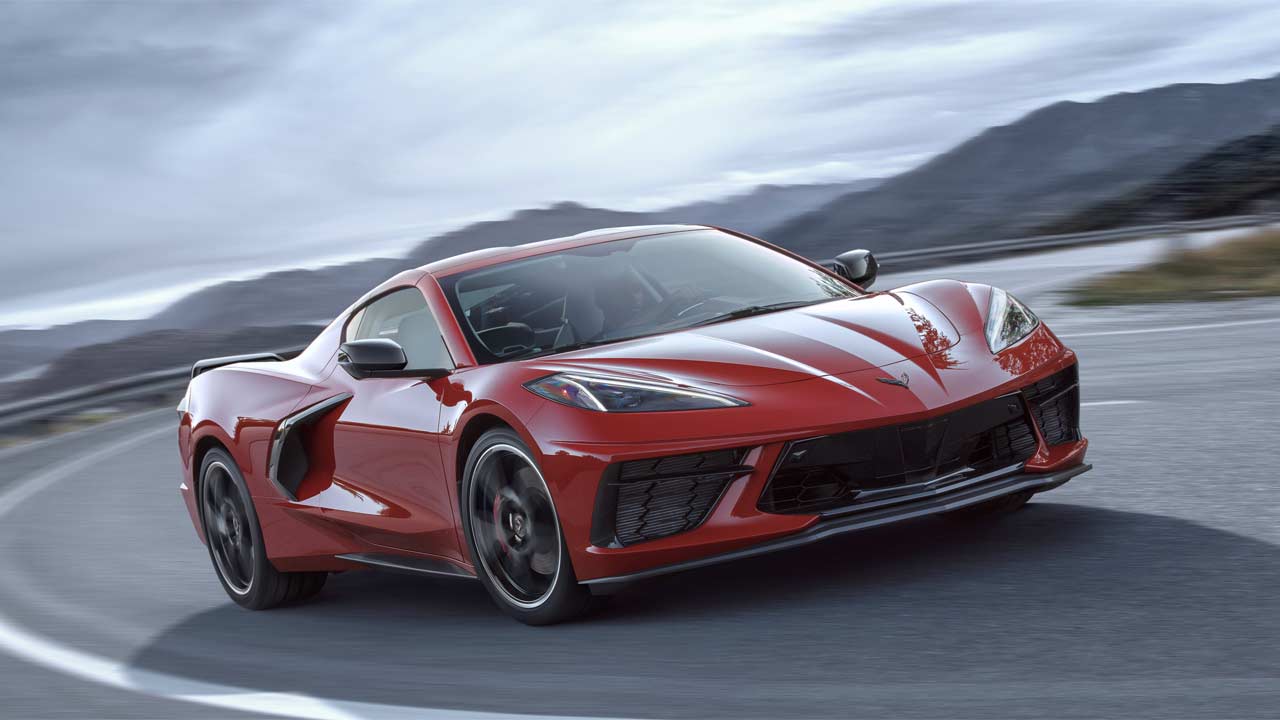 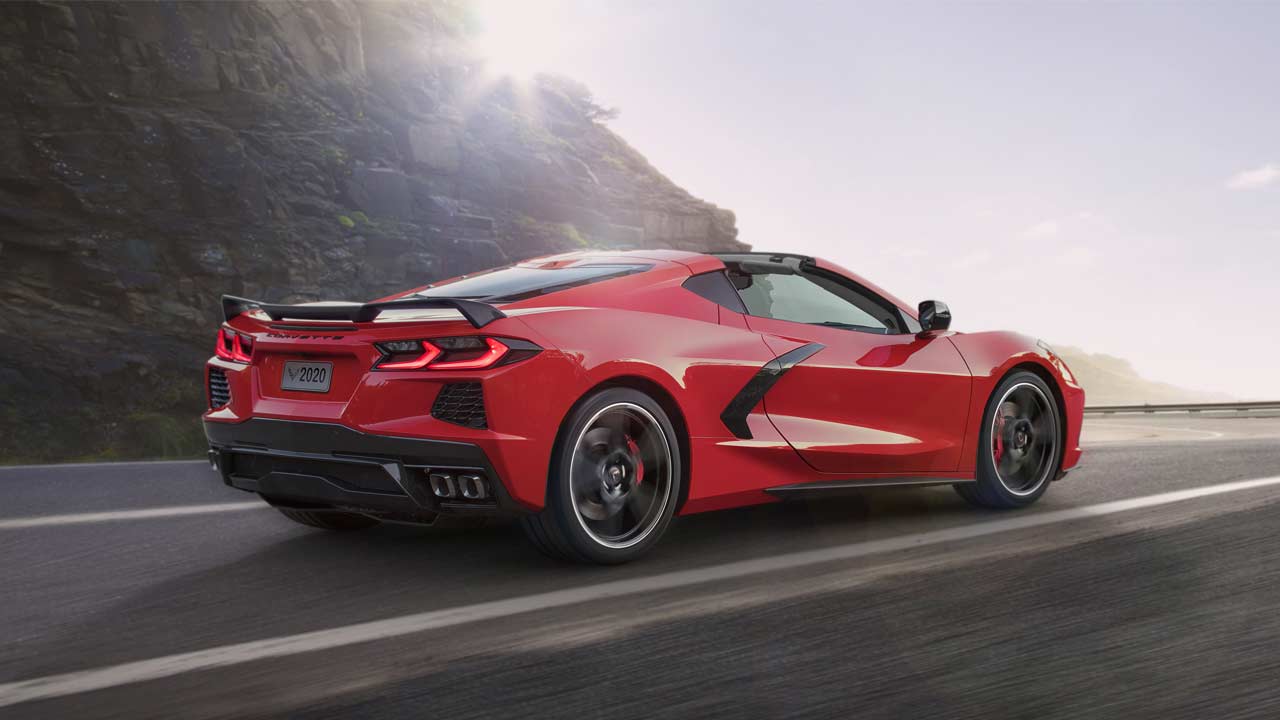 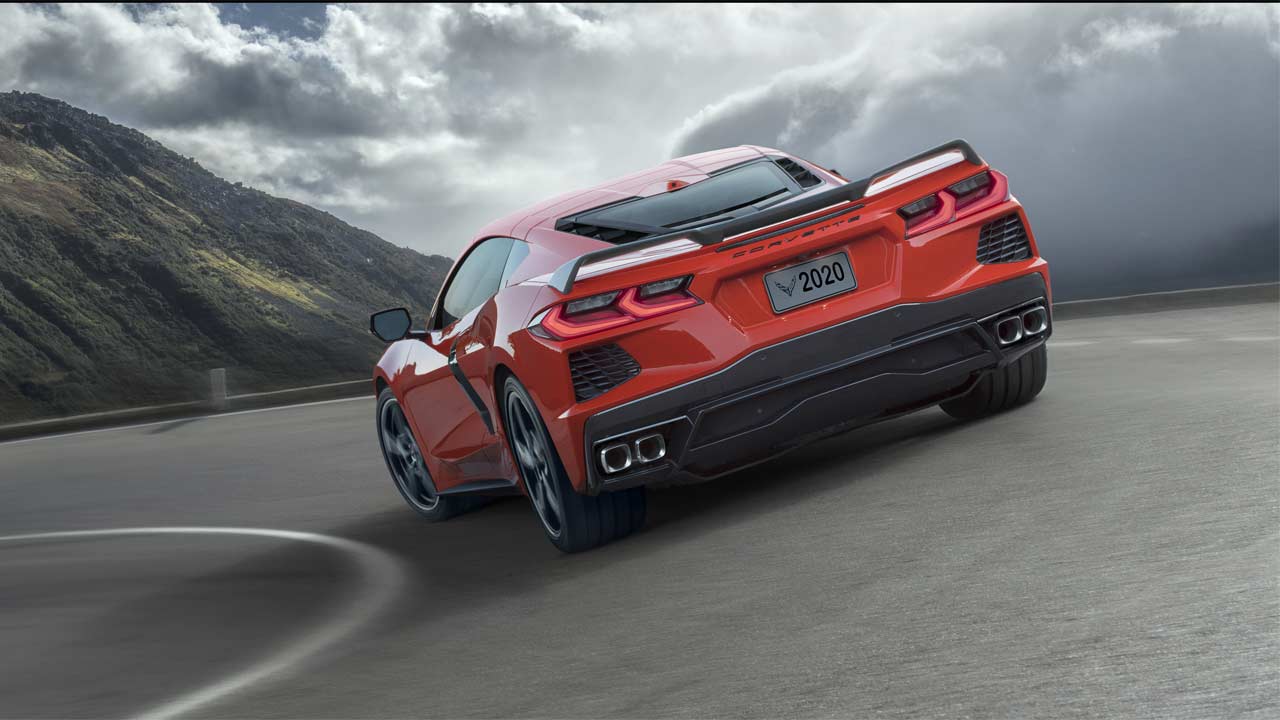