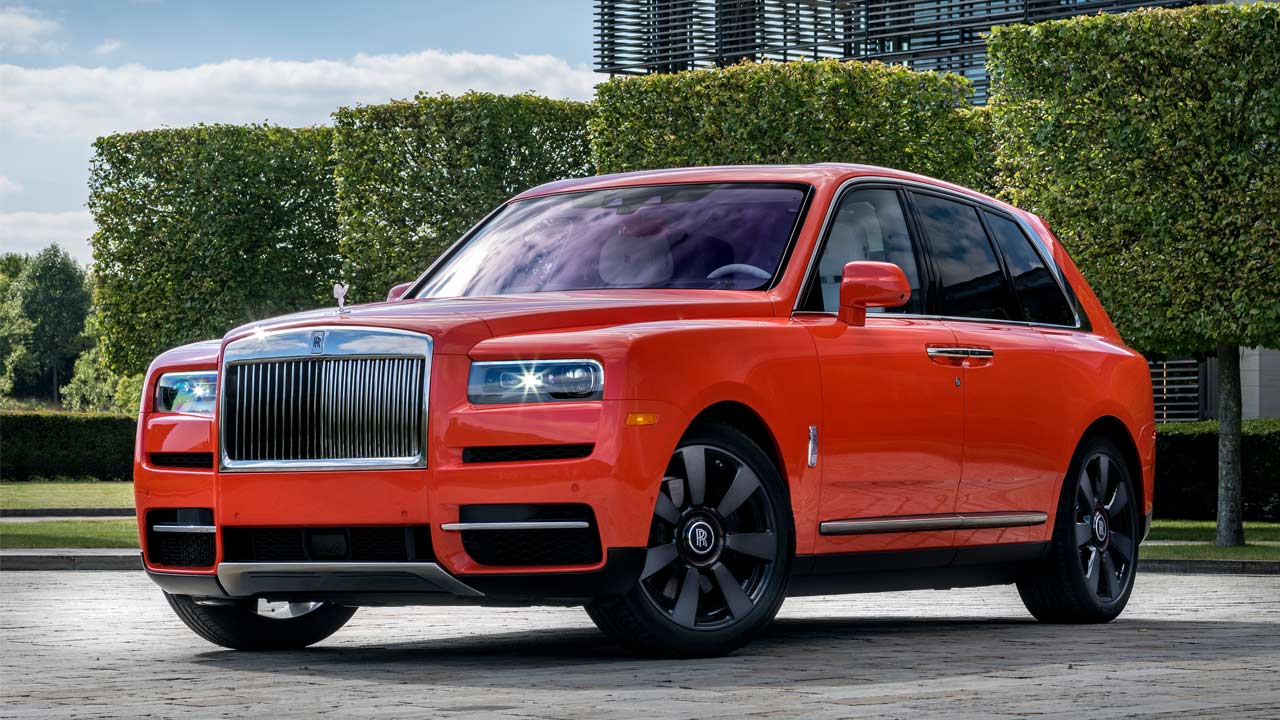 No no, not literally. There’s no woman standing behind the Cullinan. They say, “behind every successful man, there is a woman”. As for the Cullinan here, the inspiration apparently came from a vibrant orange ladies wrap that caught Fux’s attention somewhere in South Florida.

Michael Fux is, of course, a successful businessman in the bedding and linen industry. However, he’s known for his vibrant car collection which includes 9 other Rolls-Royces. He purchased the aforementioned wrap and had it delivered to the Rolls-Royce Bespoke Collective. Working together for nearly a year, the teams delivered a perfect paint of more than 7 layers, polished by hand for multiple hours in the Surface Finish Center.

The exterior even features black Cullinan wheels and pinstripe wheel centers in the bright Fux Orange. 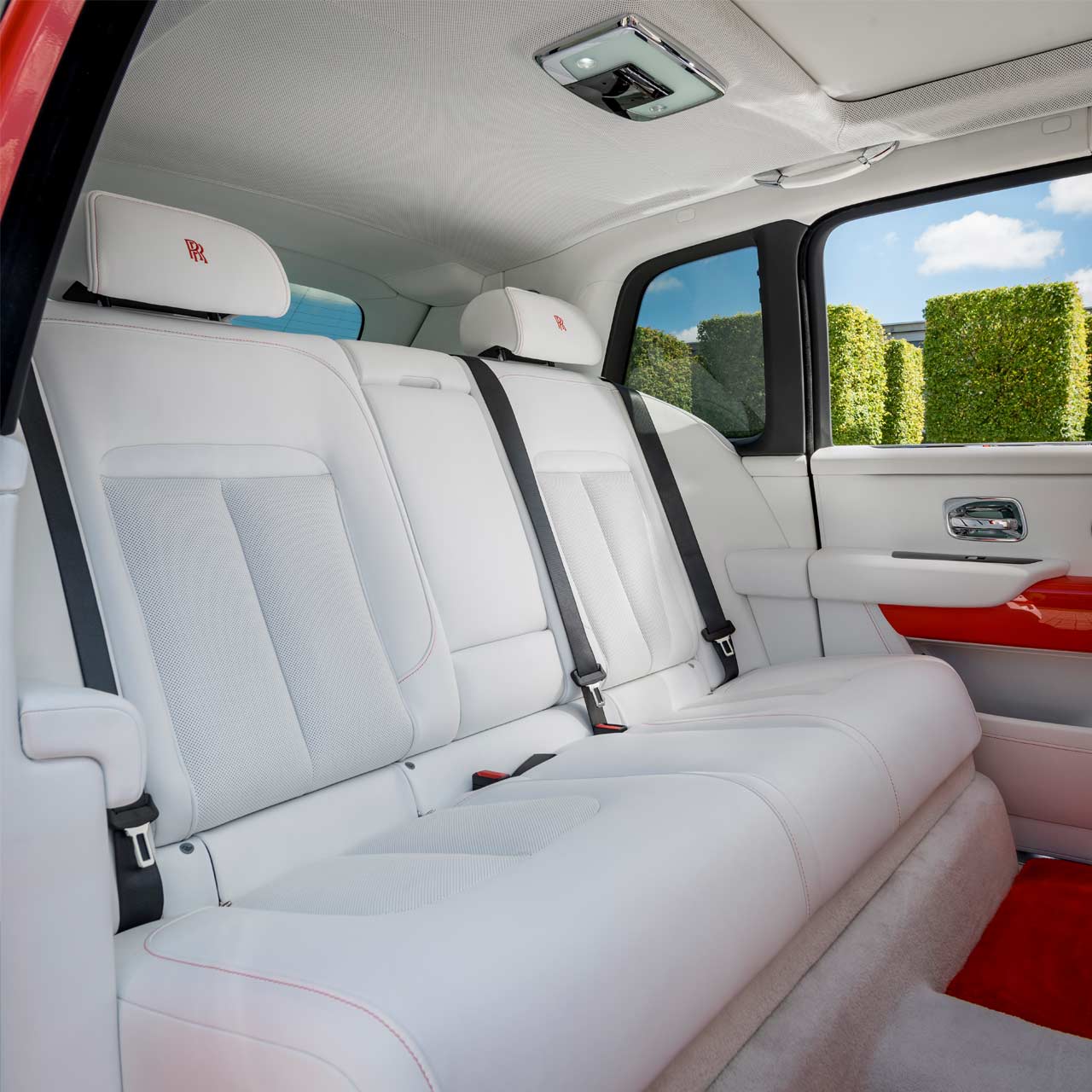 Thanks @motor1com for the nice spread you guys did on my @rollsroycecars bespoke collection.

Fux arrived in the United States as a young Cuban immigrant and built a series of successful businesses. Since establishing The Michael Fux Foundation in 2006, he has apparently donated millions of dollars to enrich the lives of children stricken with serious illnesses. In addition to building the Fux Family Center at the Miami Children’s Hospital, Fux and his wife Gloria hold multiple events each year to sustain the center and entertain the children. The colorful collection of his cars are used at fundraisers to raise money to benefit those in need.

The Cullinan made its global debut in May 2018 as the brand’s first-ever SUV. 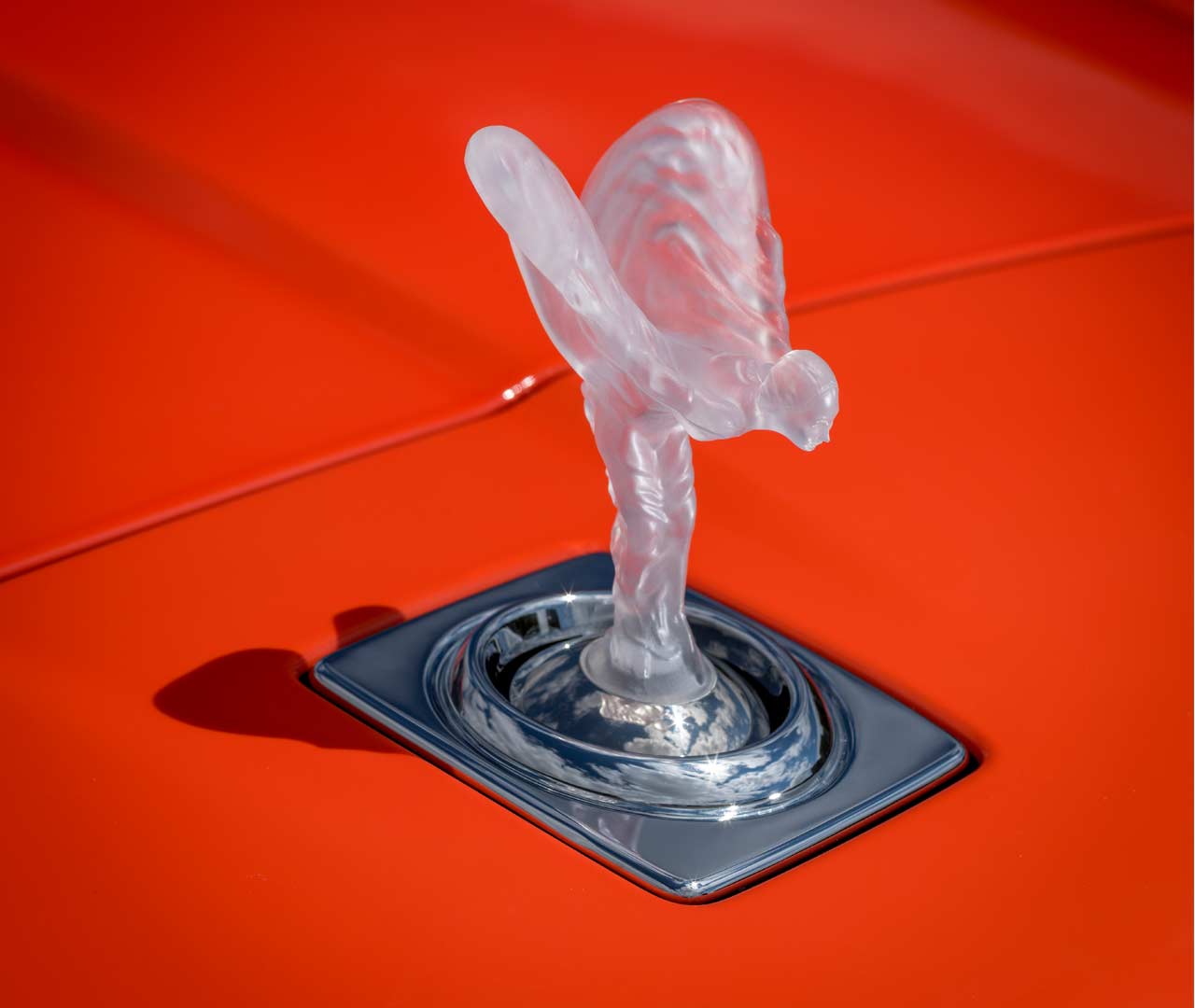 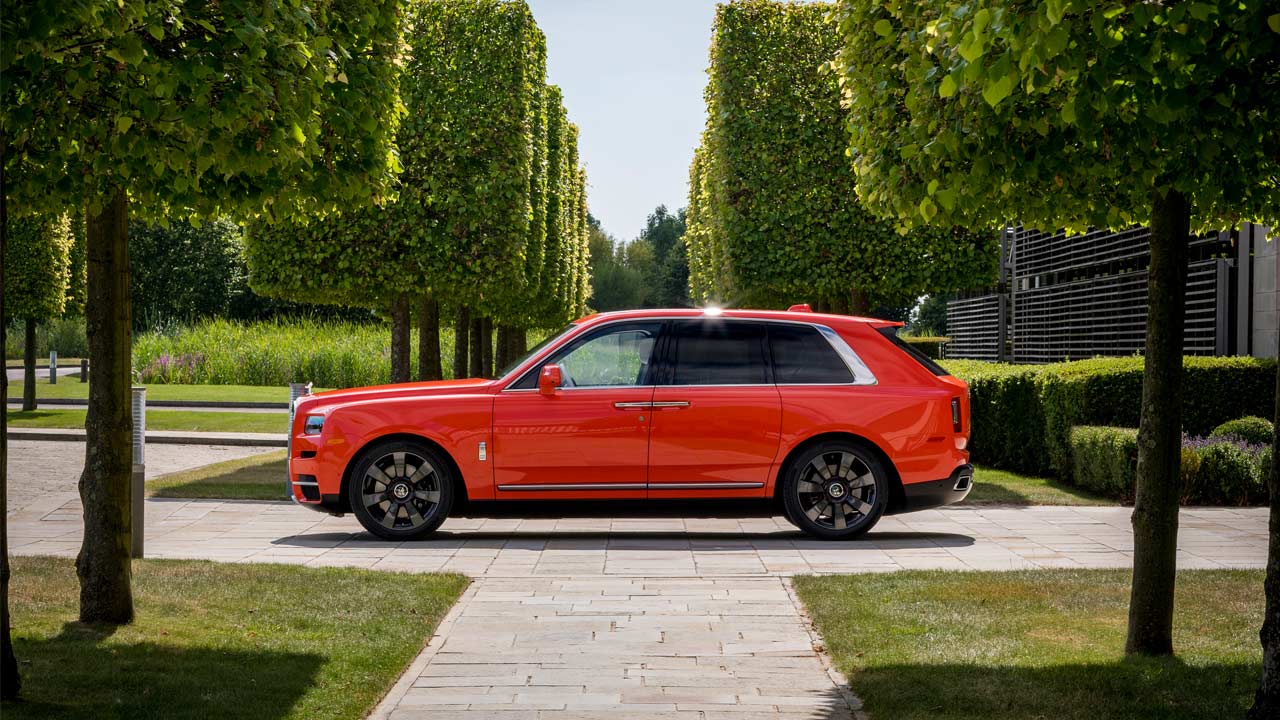 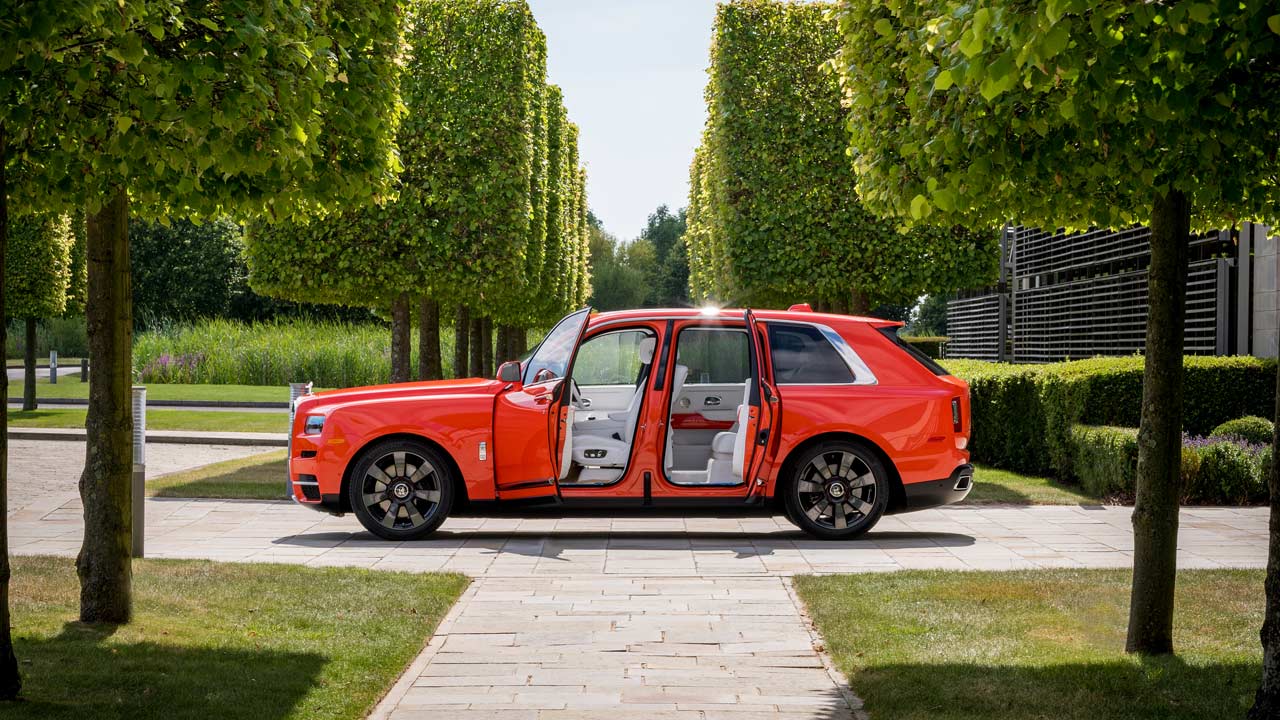 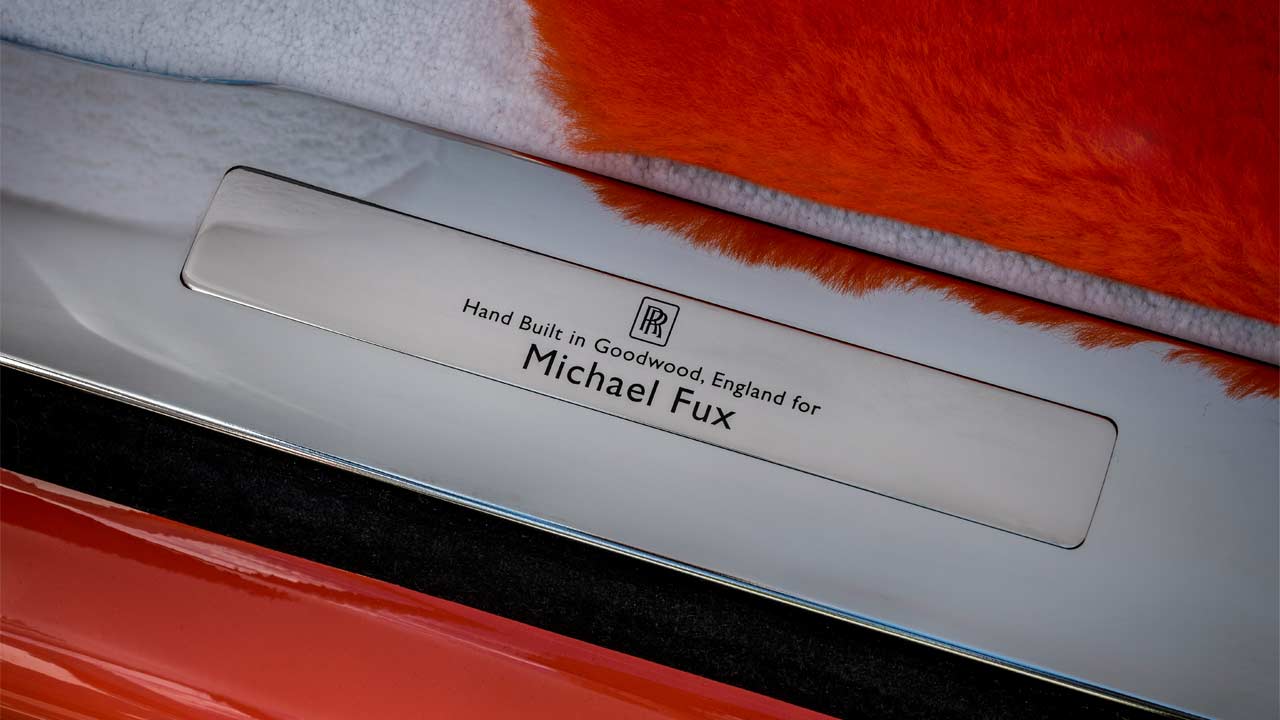 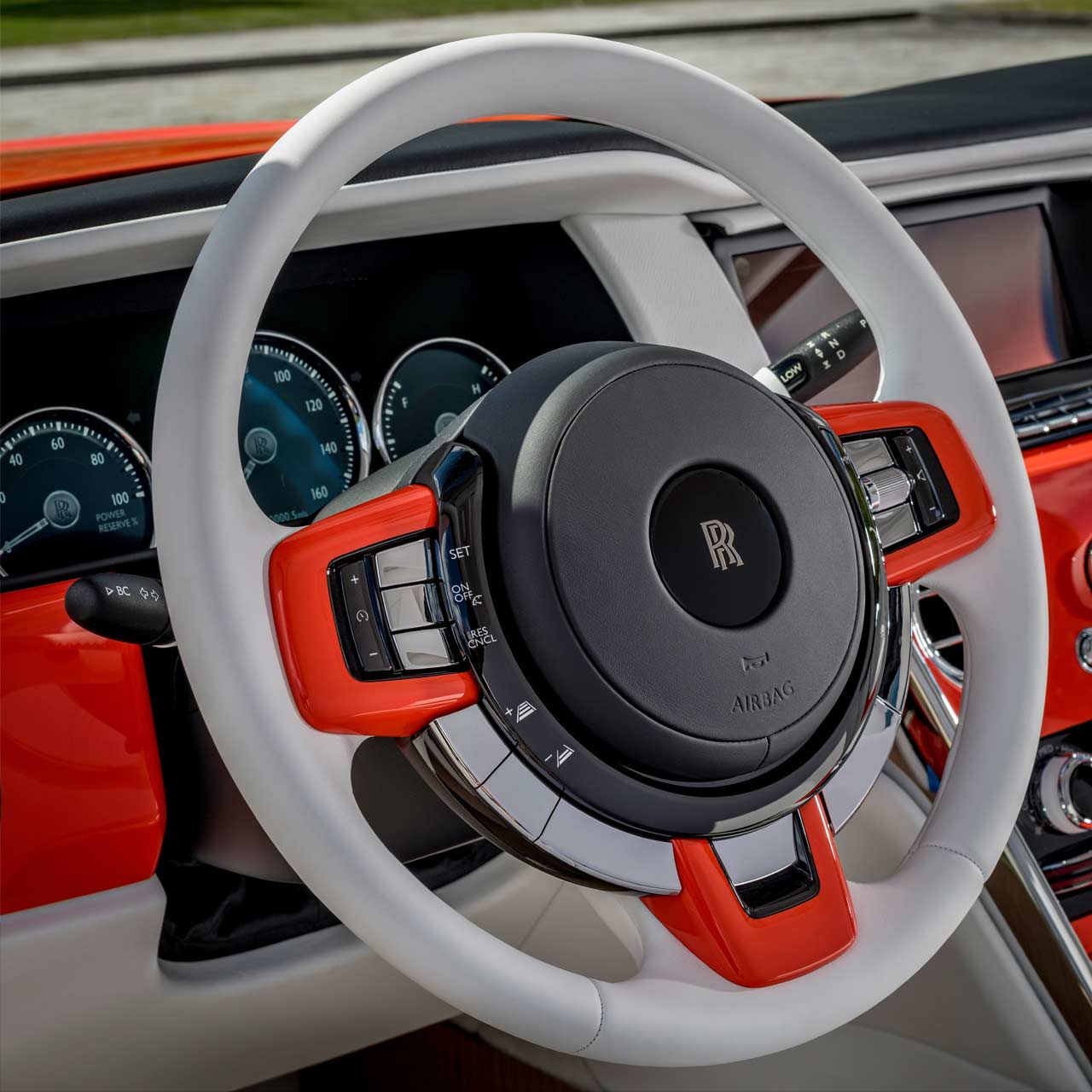 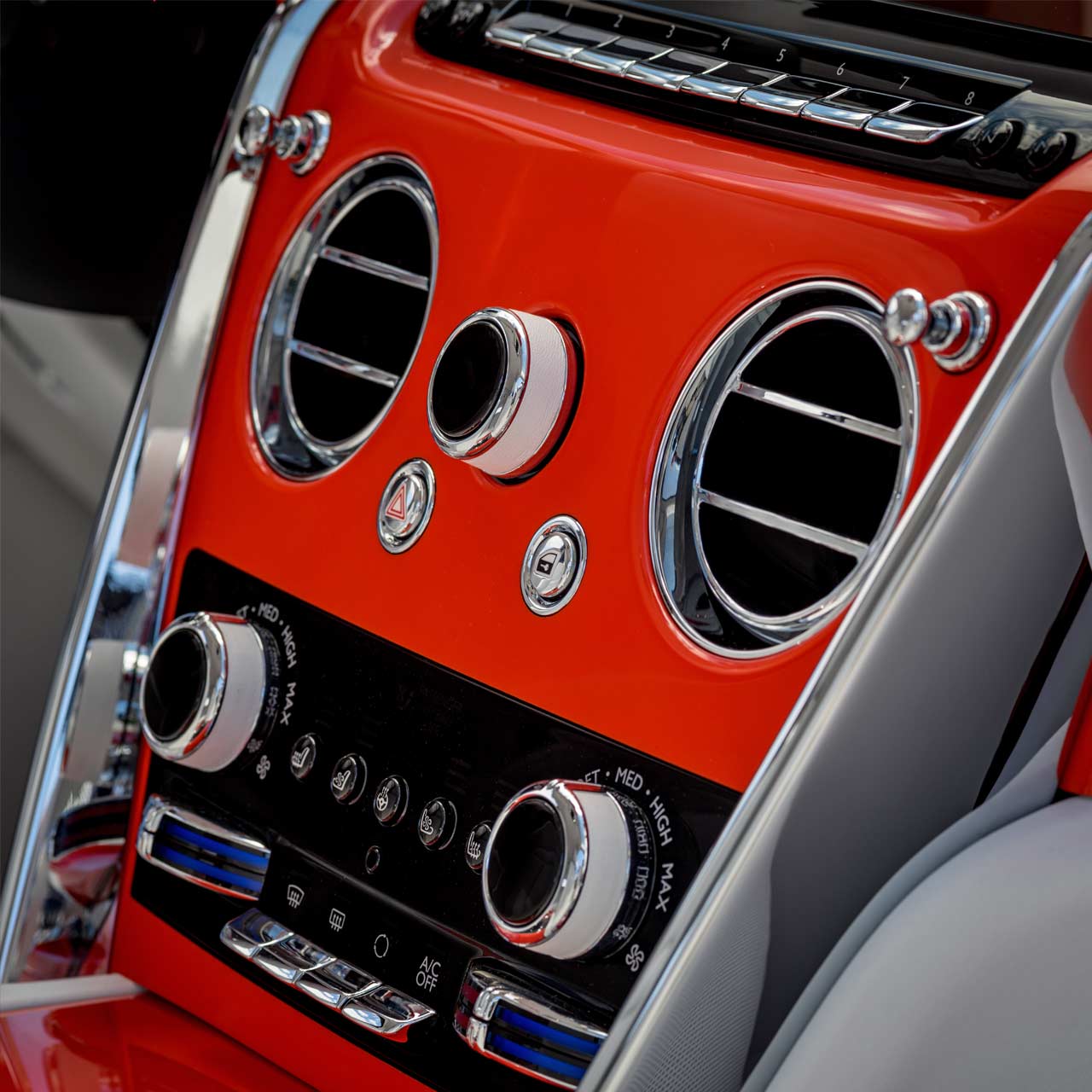 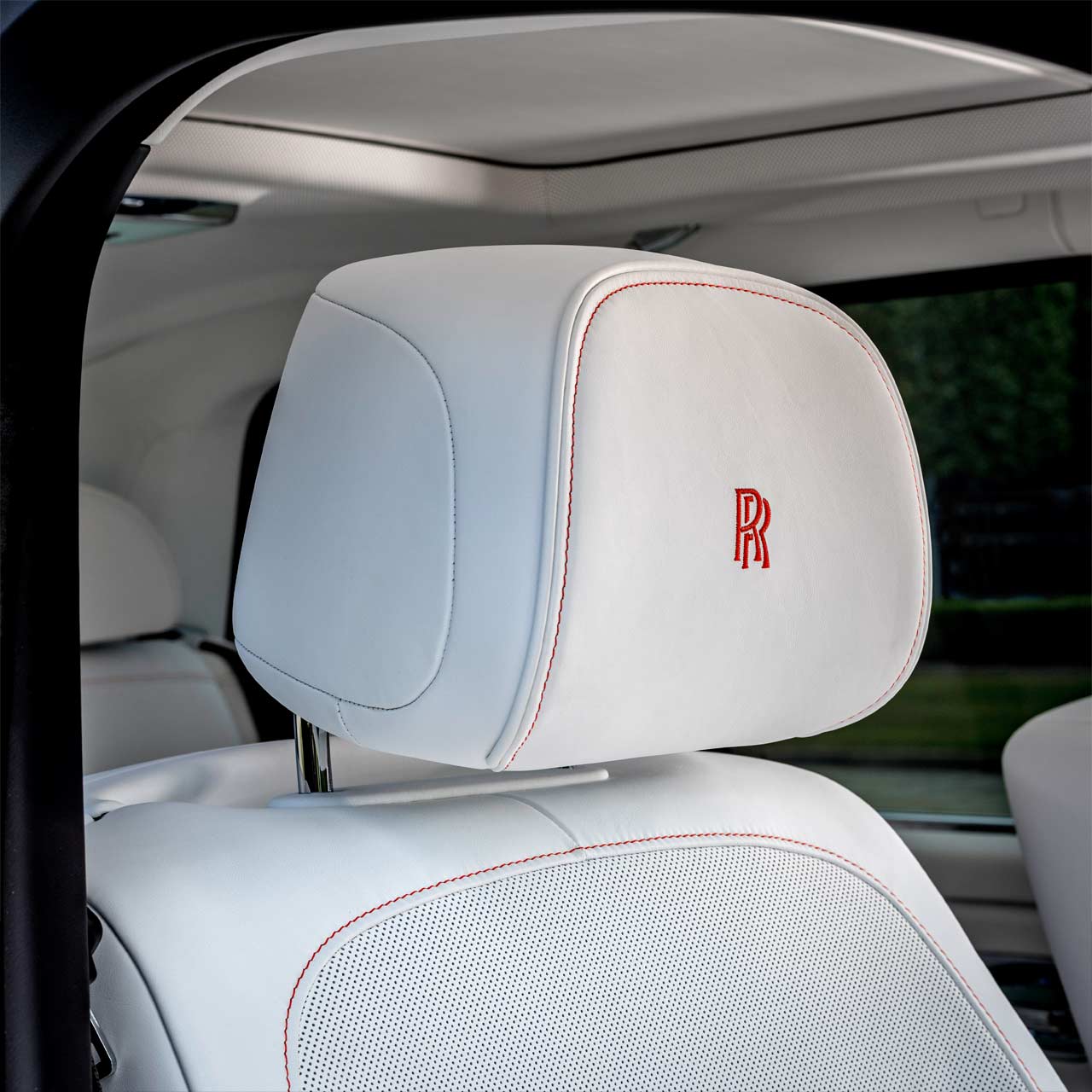 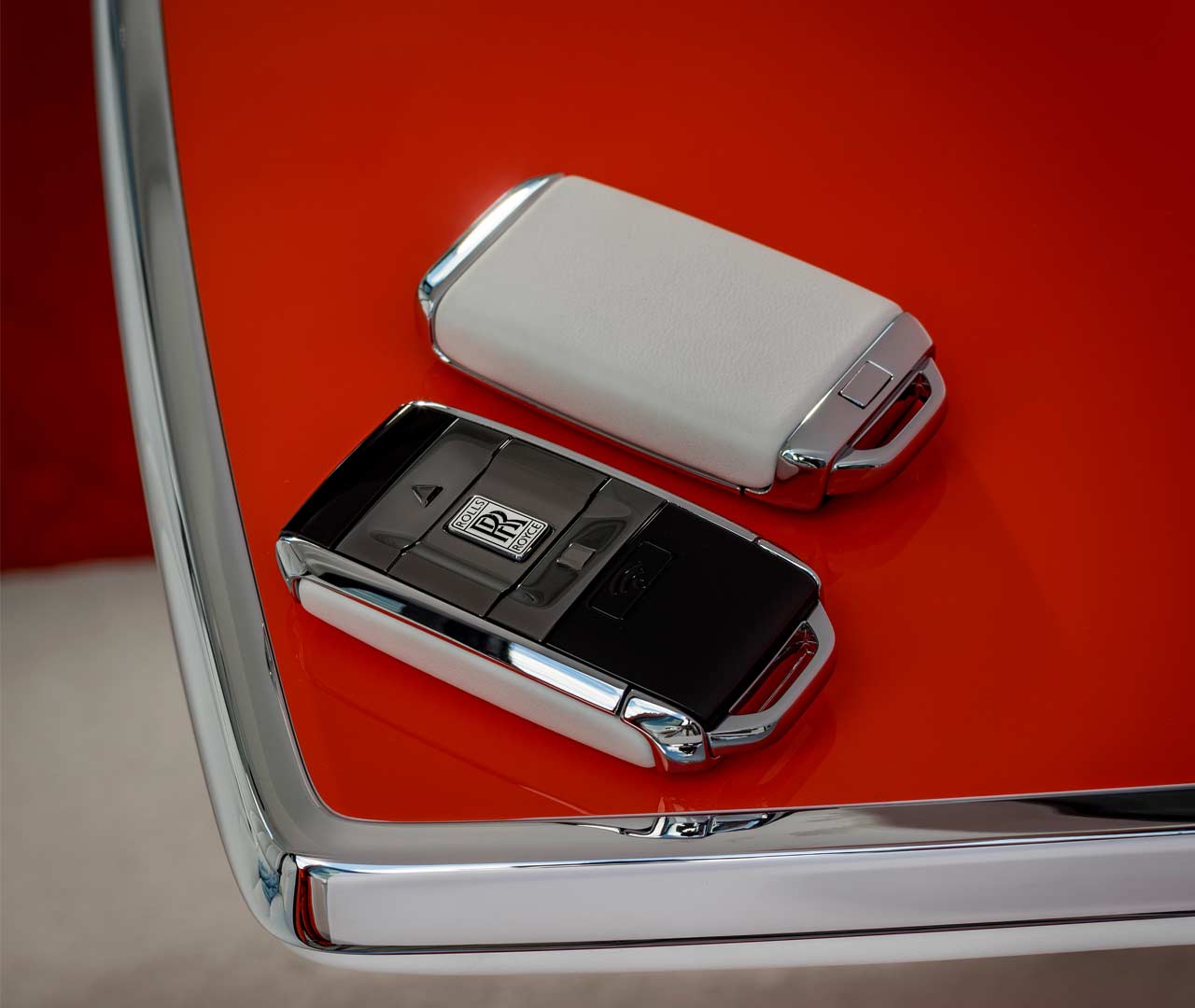 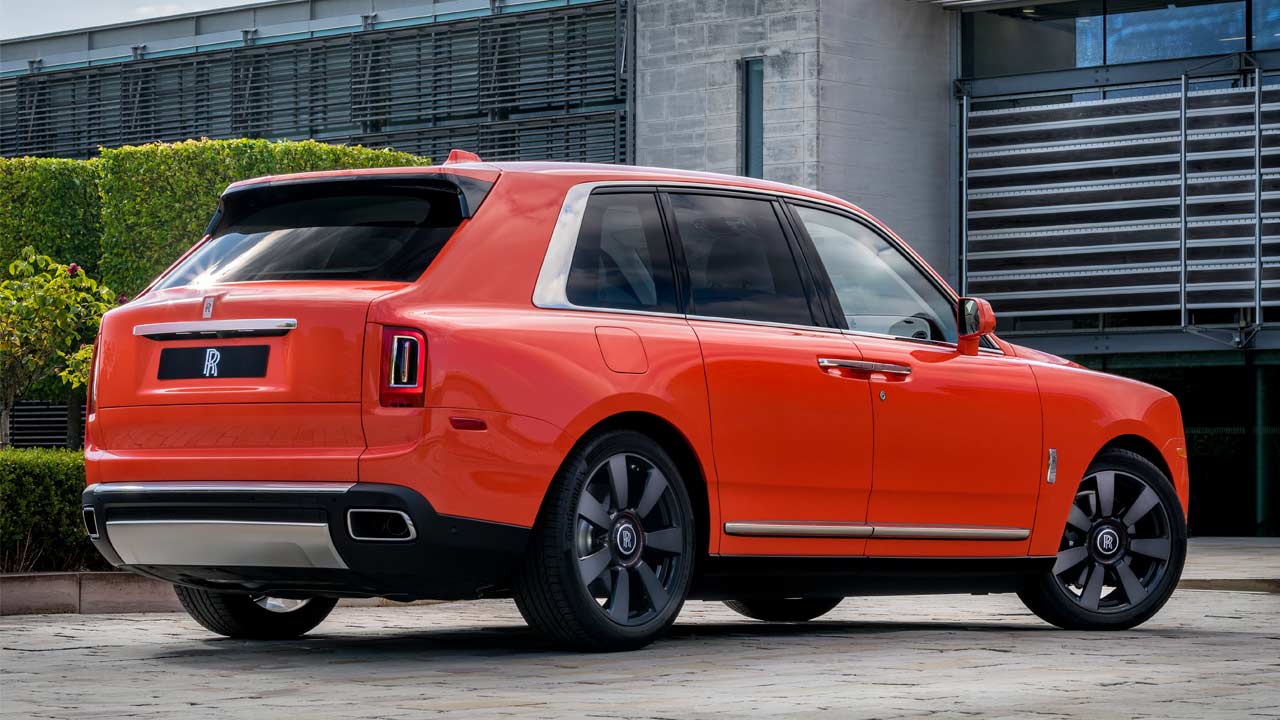 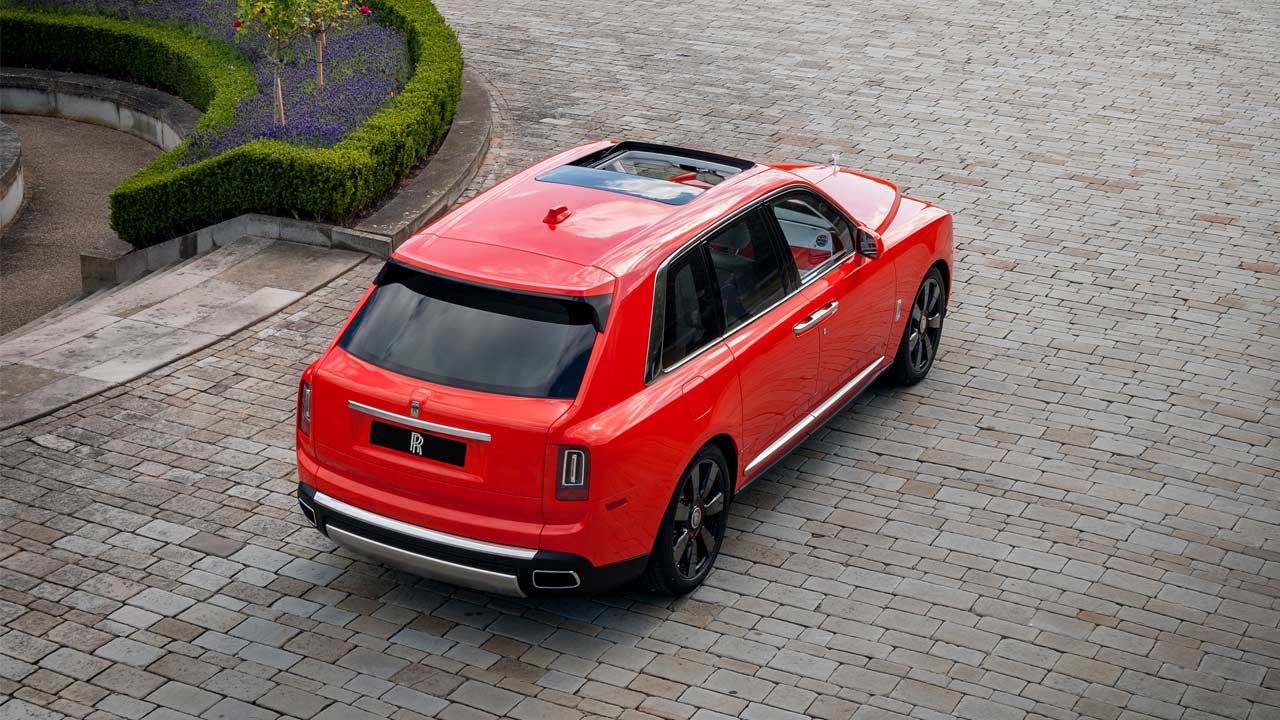