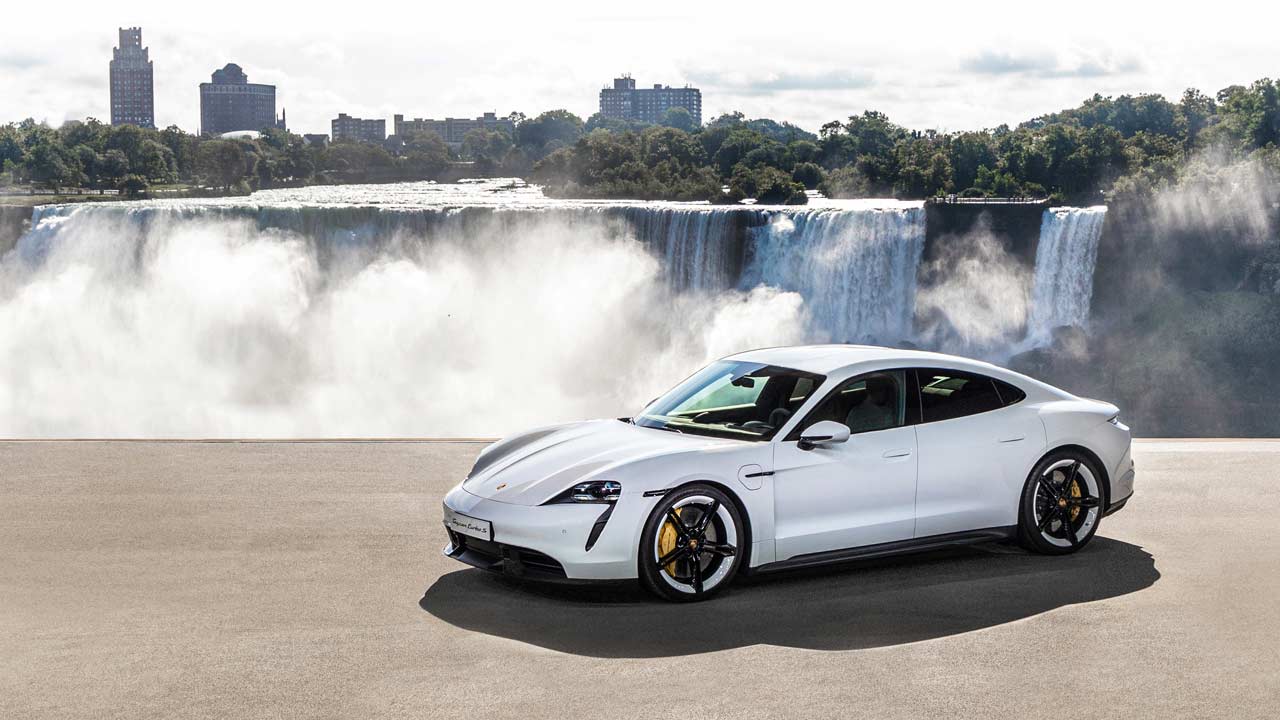 That’s right. The all-electric Porsche Taycan has made its debut simultaneously in three continents (North America, Europe, and China), with Turbo and Turbo S models. Obviously, the “Turbo” is just metaphorical, there are no swooshy sounds here, unfortunately. With that out of the way, let’s take a look at the cars.

The white one in the pictures here is the Taycan Turbo S, which I think looks closest to the concept. The Taycan Turbo on the other side looks pretty much like the Panamera. Compared to the Panamera, the Taycan’s roofline is much more slopy, almost like a stretched version of the 911. Its smooth lines and curves and flat underbody have resulted in a drag coefficient of 0.22 Cd. 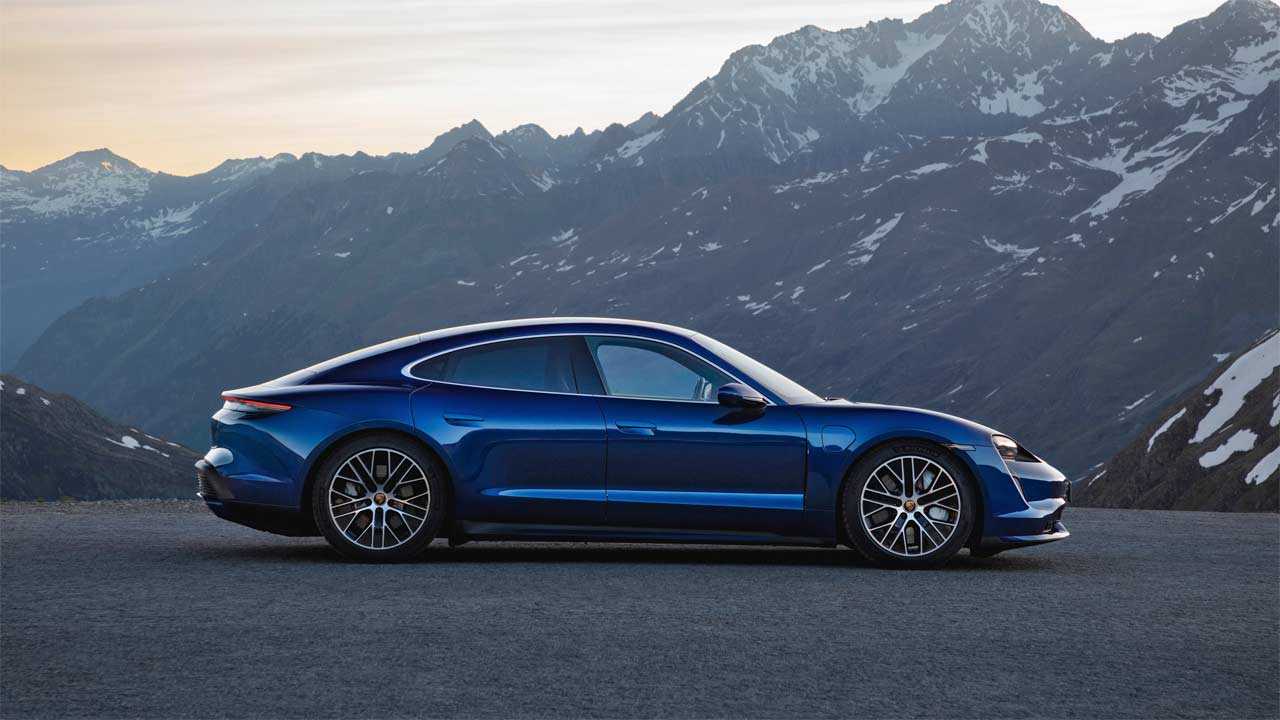 The Taycan links our heritage to the future. It carries forward the success story of our brand – a brand that has fascinated and thrilled people the world over for more than 70 years. – Oliver Blume, Chairman of the Executive Board, Porsche AG

We promised a true Porsche for the age of electromobility – a fascinating sports car that not only excites in terms of its technology and driving dynamics, but also sparks a passion in people all over the world, just like its legendary predecessors have done. Now we are delivering on this promise. – Michael Steiner, Member of the Executive Board, Porsche AG 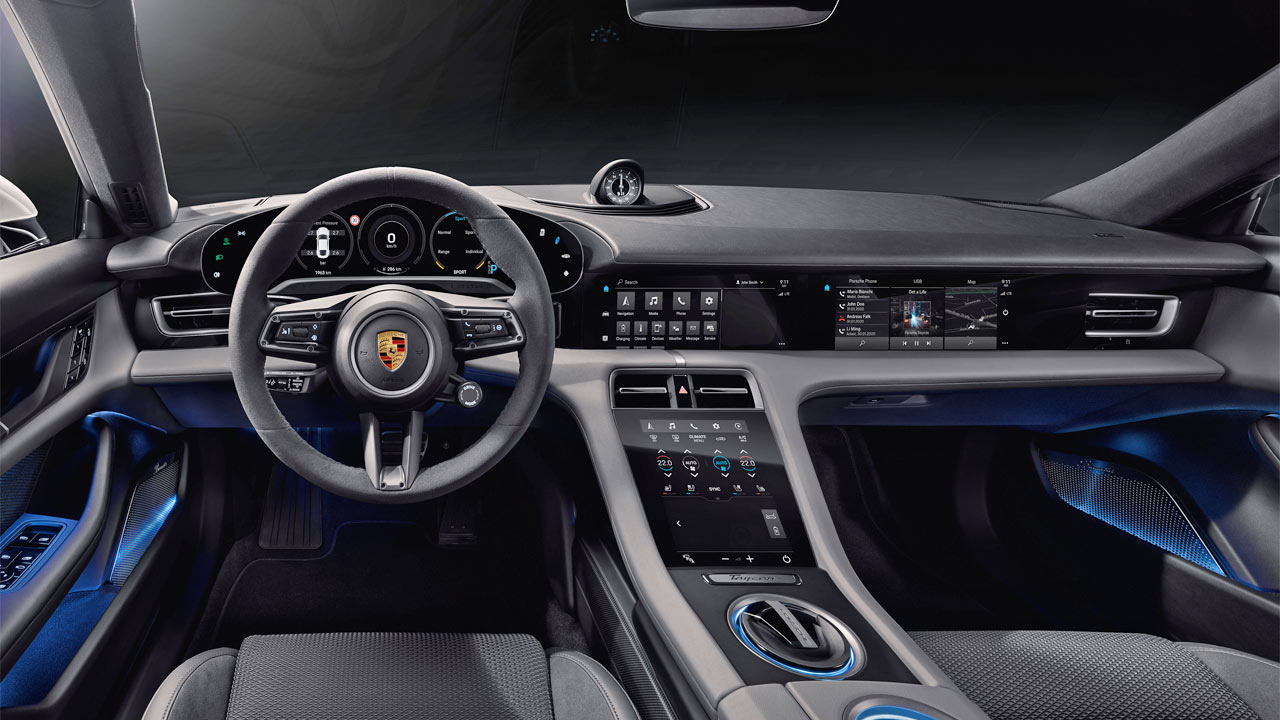 The production interiors of the Taycan were revealed just over a week ago. More about the interiors here. Features include a curved instrument cluster, 10.9-inch infotainment system, and 8.4-inch touch panel on the centre console. Options include a passenger display and four-zone climate control.

As for luggage compartments, the Taycan offers two. The front compartment has a capacity of 81 litres and the rear 366 litres. 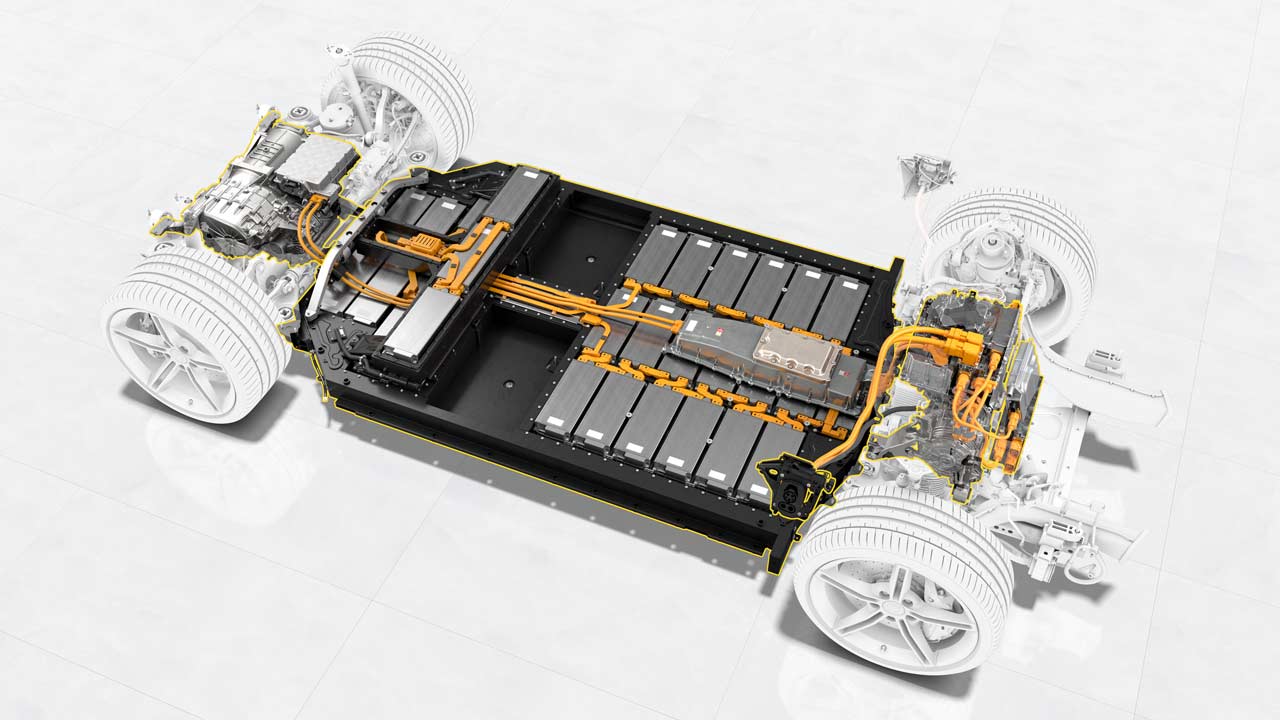 Interestingly, there’s a two-speed transmission installed on the rear axle. Porsche says that the first gear is for an even more acceleration from a standing start, while the second gear with a long ratio is to ensure high efficiency and high power reserves.

The Taycan uses an 800-volt architecture instead of the usual 400-volt for the electric cars. This according to Porsche, enables consistent high performance, reduces the charging time and decreases the weight and installation space of the cabling. The battery is integrated into the vehicle’s cooling circuit via a line system and a coolant pump. 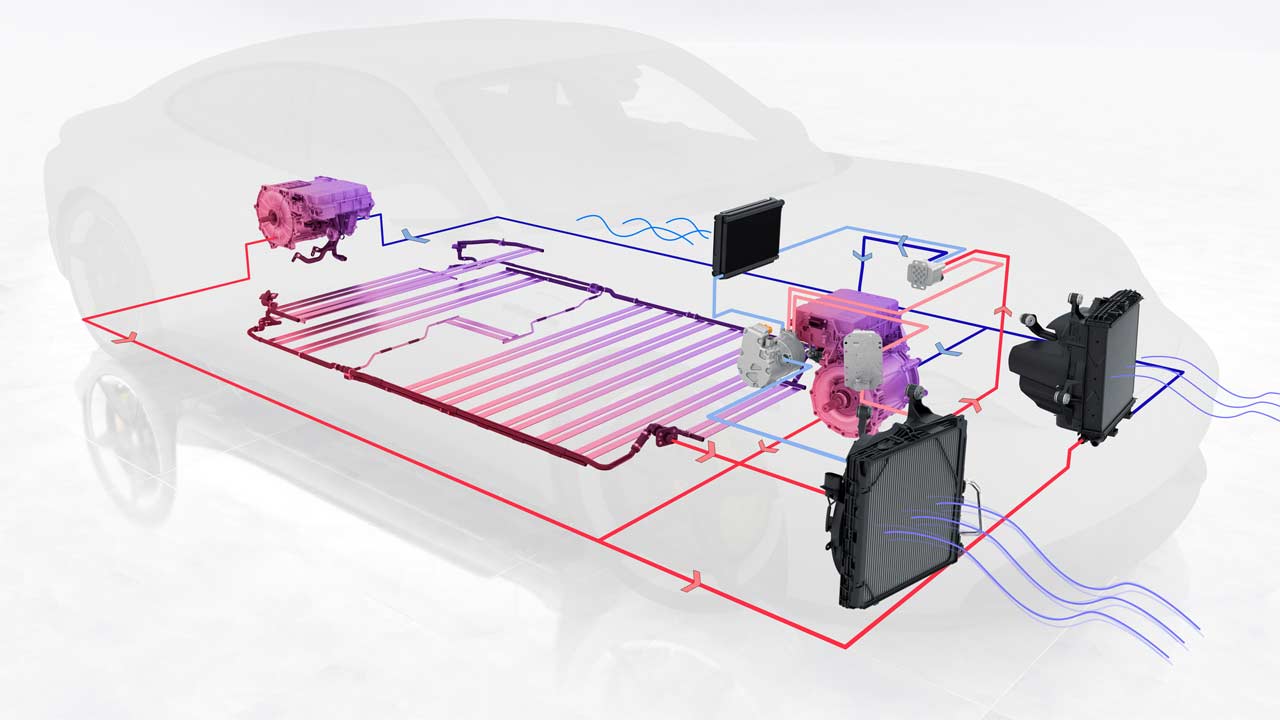 The cooling elements have been placed outside the actual battery box and are glued to its underside so as to allow heat transfer. The fundamental development aim was to dissipate as little heat as possible into the environment and thus be as energy-efficient as possible in winter, Porsche said. The battery can also store the waste heat from the liquid-cooled high-voltage components. As a result, it serves as a thermal storage device or buffer, enabling functions such as conditioning to ensure driving performance. 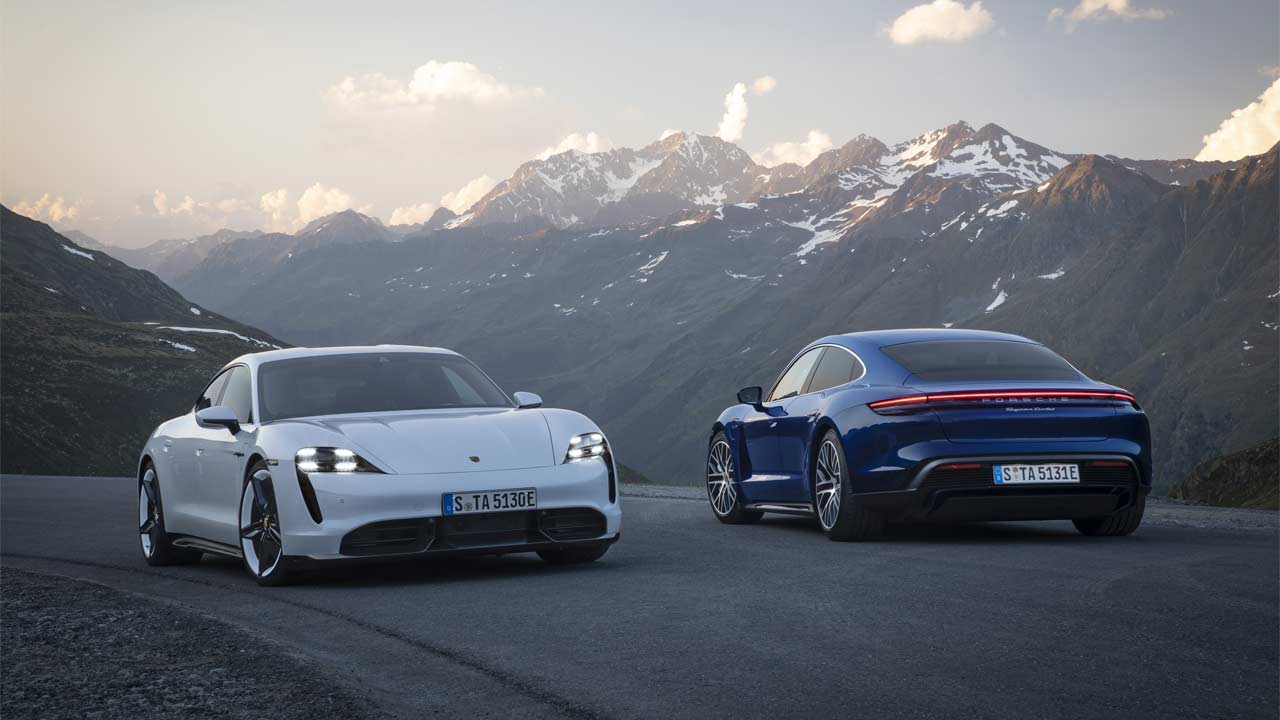 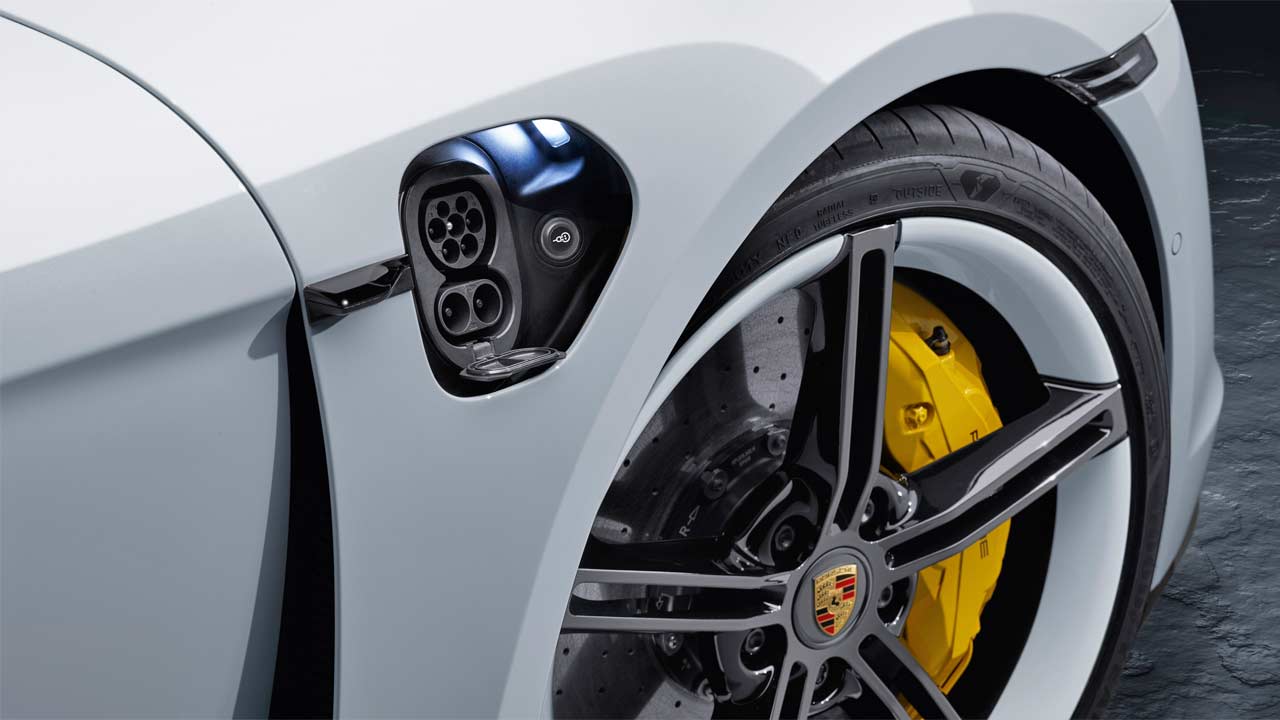 Just swipe under that black panel to access the charging port

The 93.4 kWh floor-mounted Performance Battery Plus battery pack is claimed to offer a range of up to 412 km (WLTP) in the Turbo S and up to 450 km (WLTP) in the Turbo. Since the Taycan uses an 800-volt architecture, it can charge the battery with a maximum charging capacity of 270 kW. Under ideal conditions, a 5 to 80% SoC (state of charge) is claimed to happen in 22.5 minutes.

For charging at 400-volt charging points, an on-board 50 kW DC charger is installed (150 kW optional). An on-board 11 kW AC charger is also installed, which would take about 9 hours to fully charge the battery. 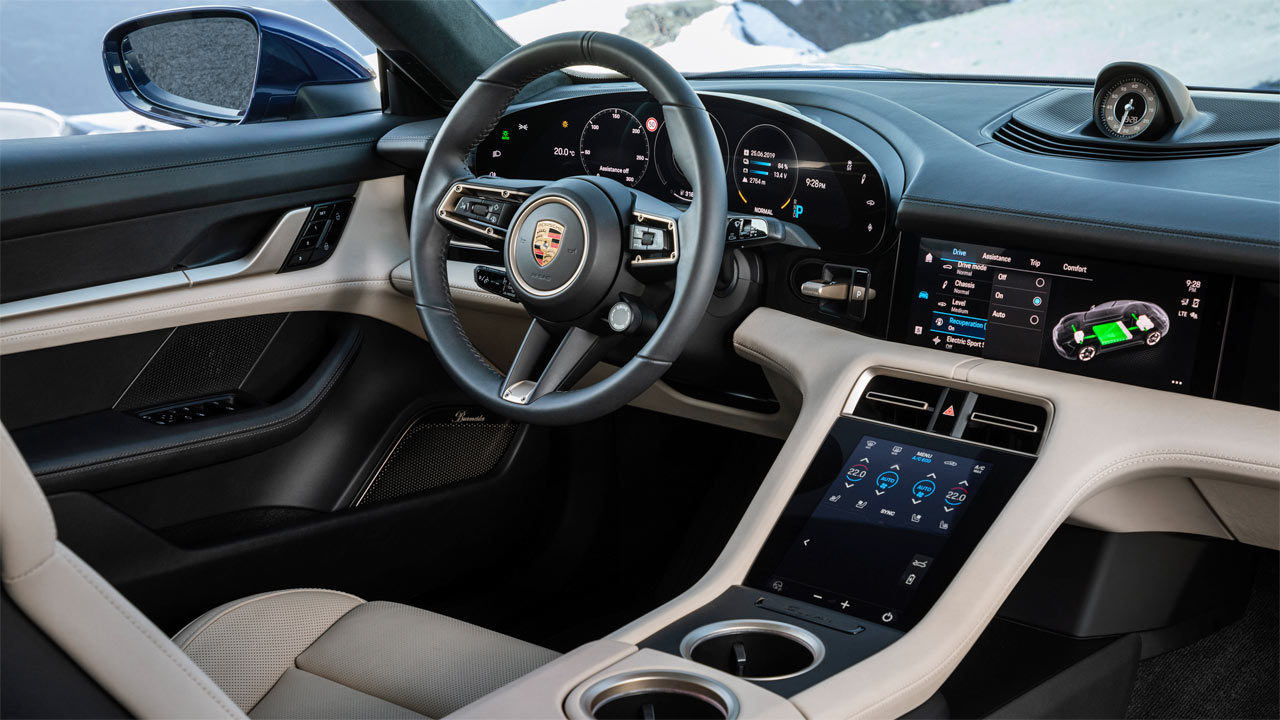 At up to 265 kW, the potential recuperation power according to Porsche, is significantly higher than that of the competitors. 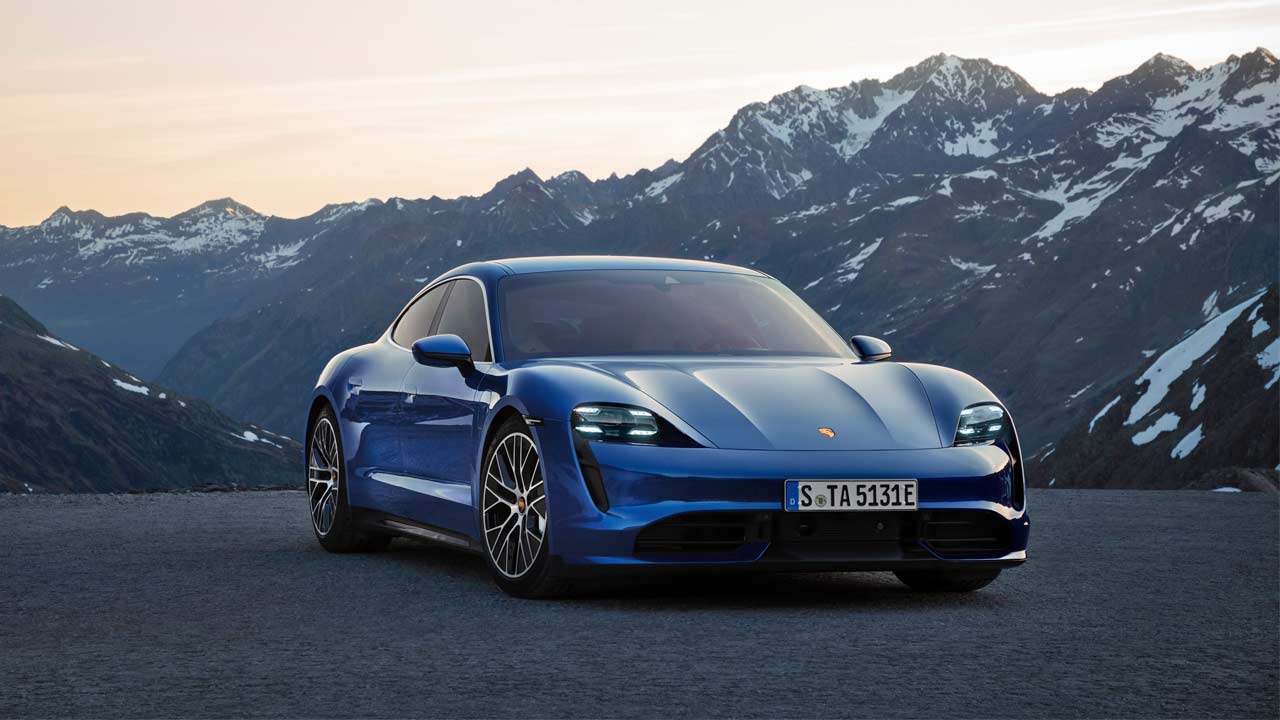 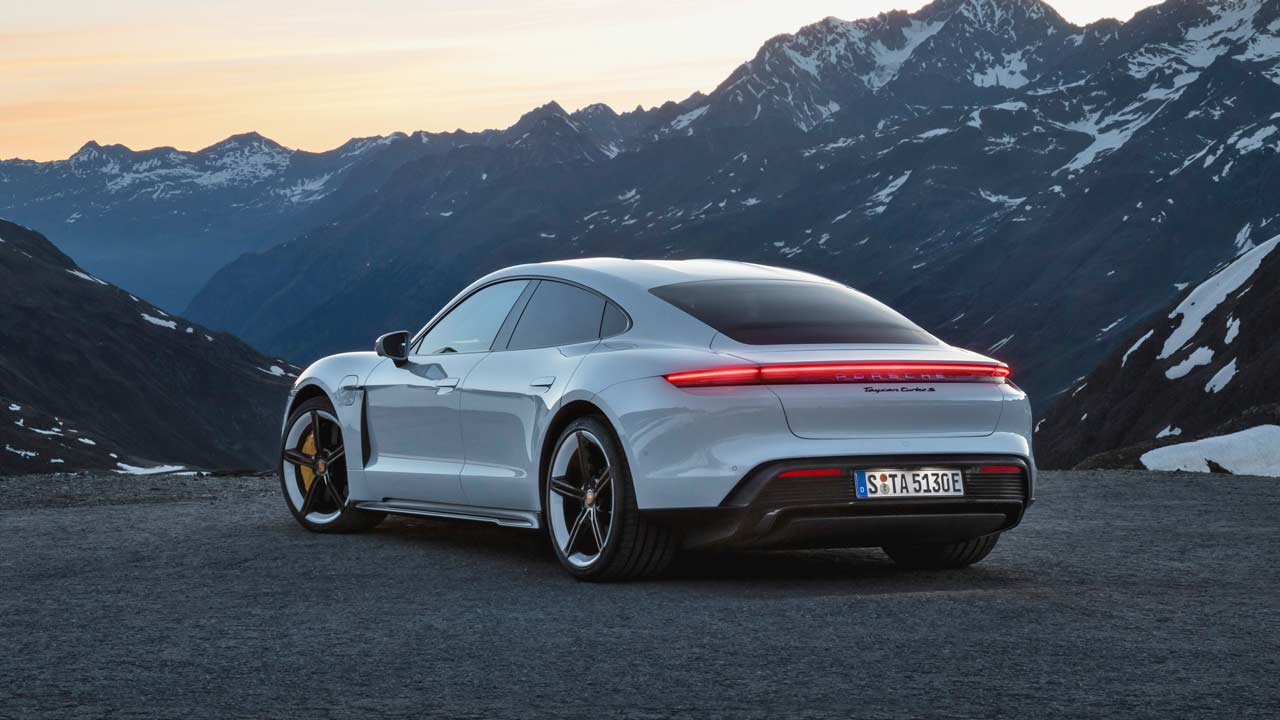 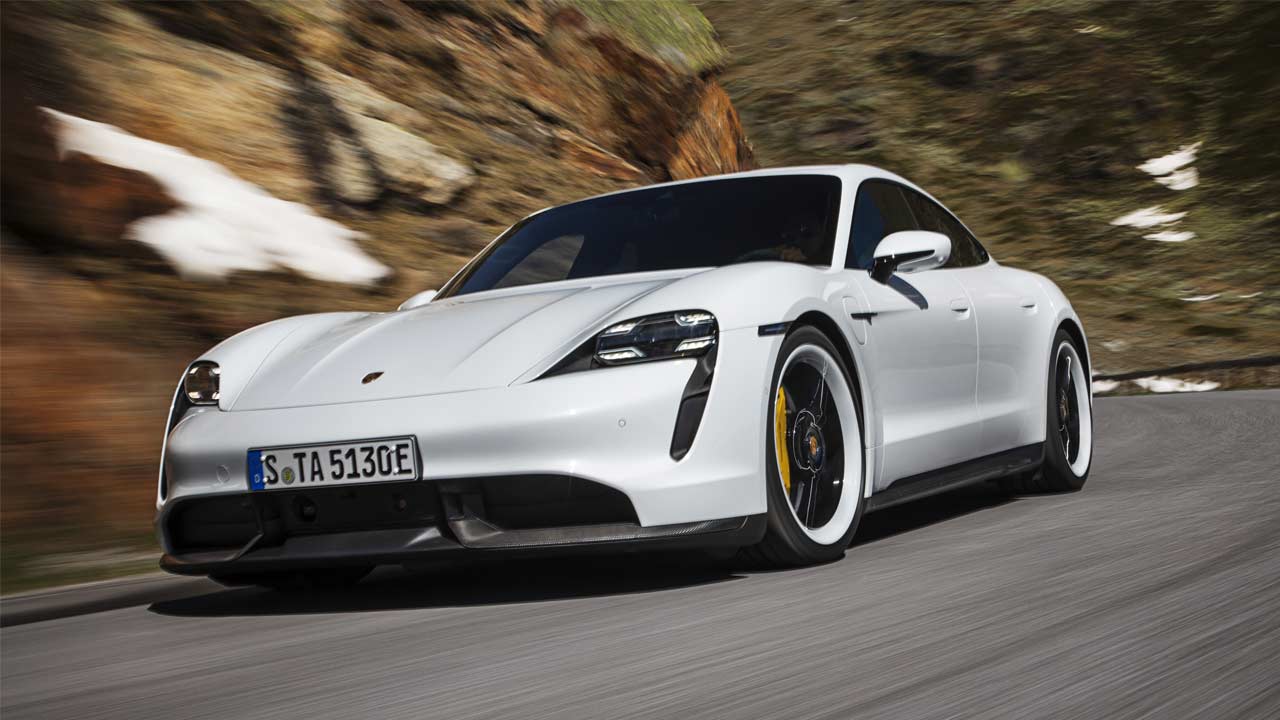 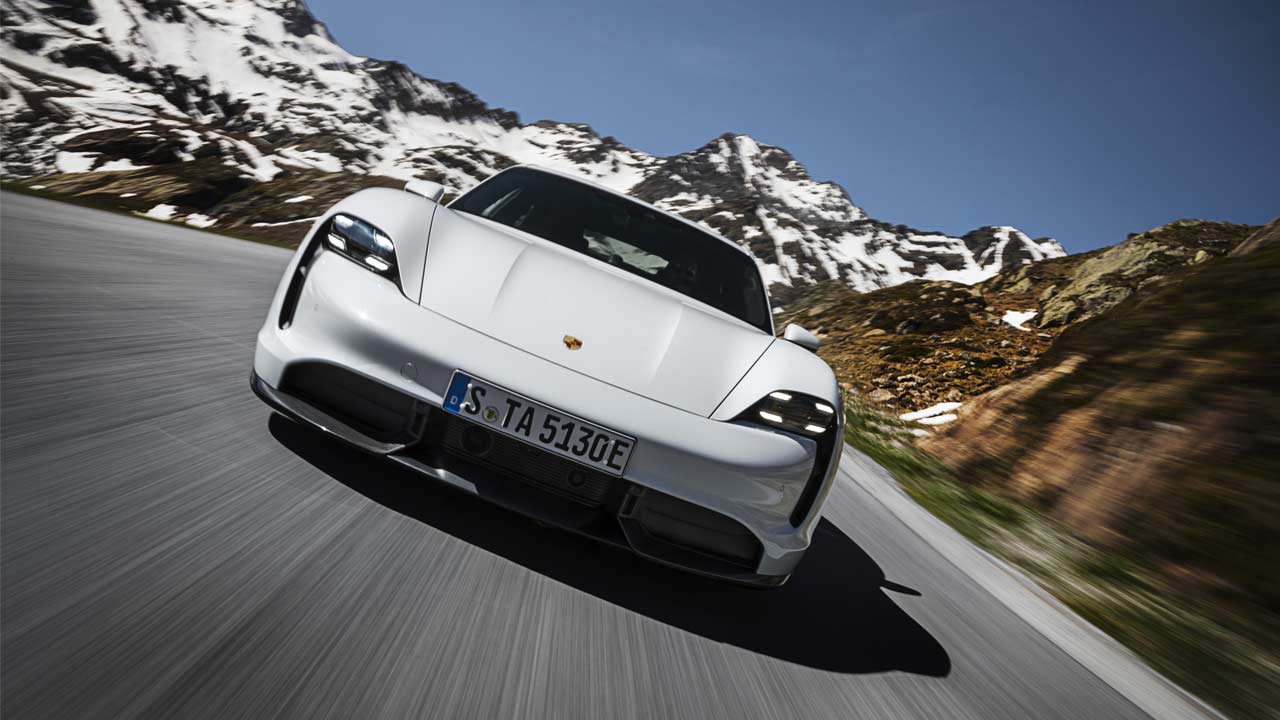 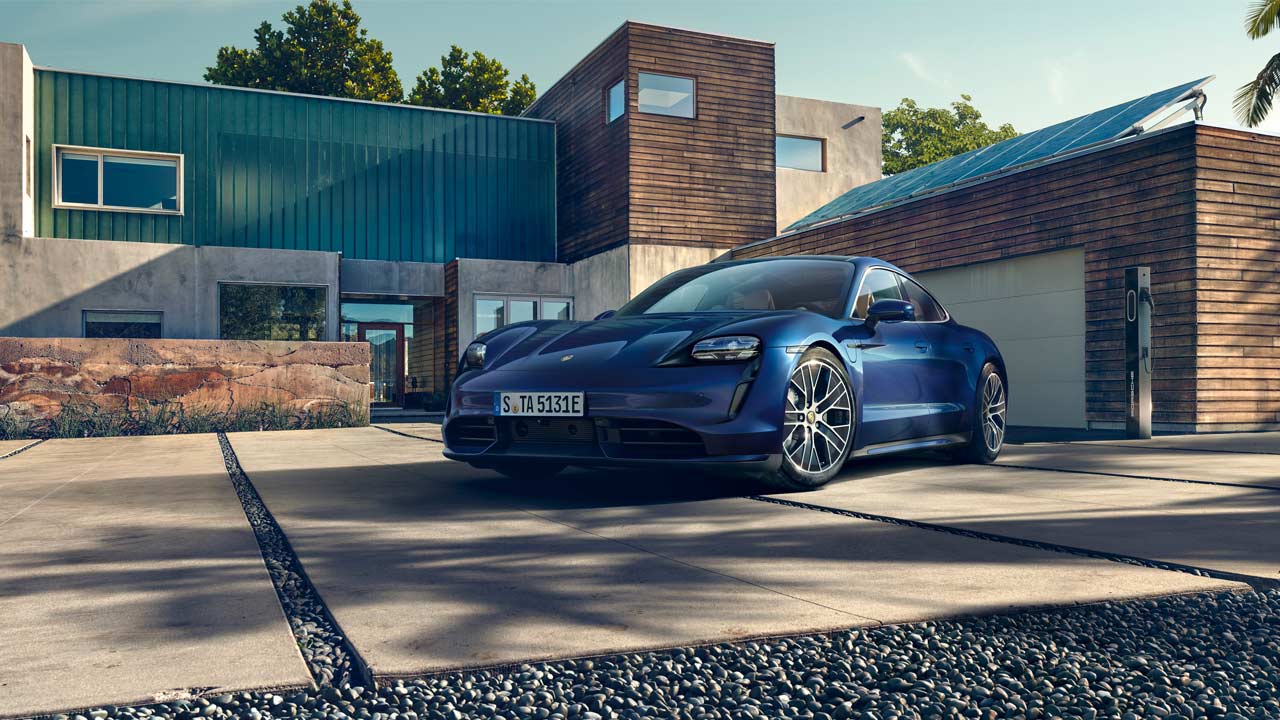 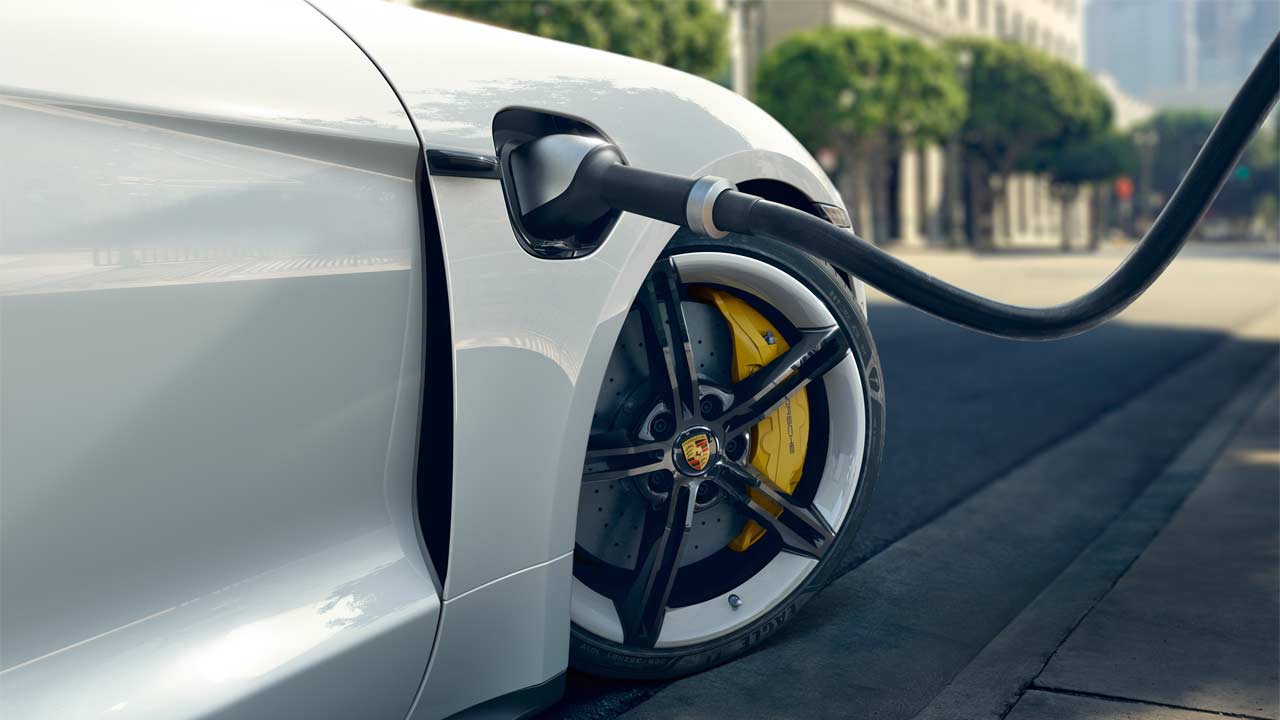 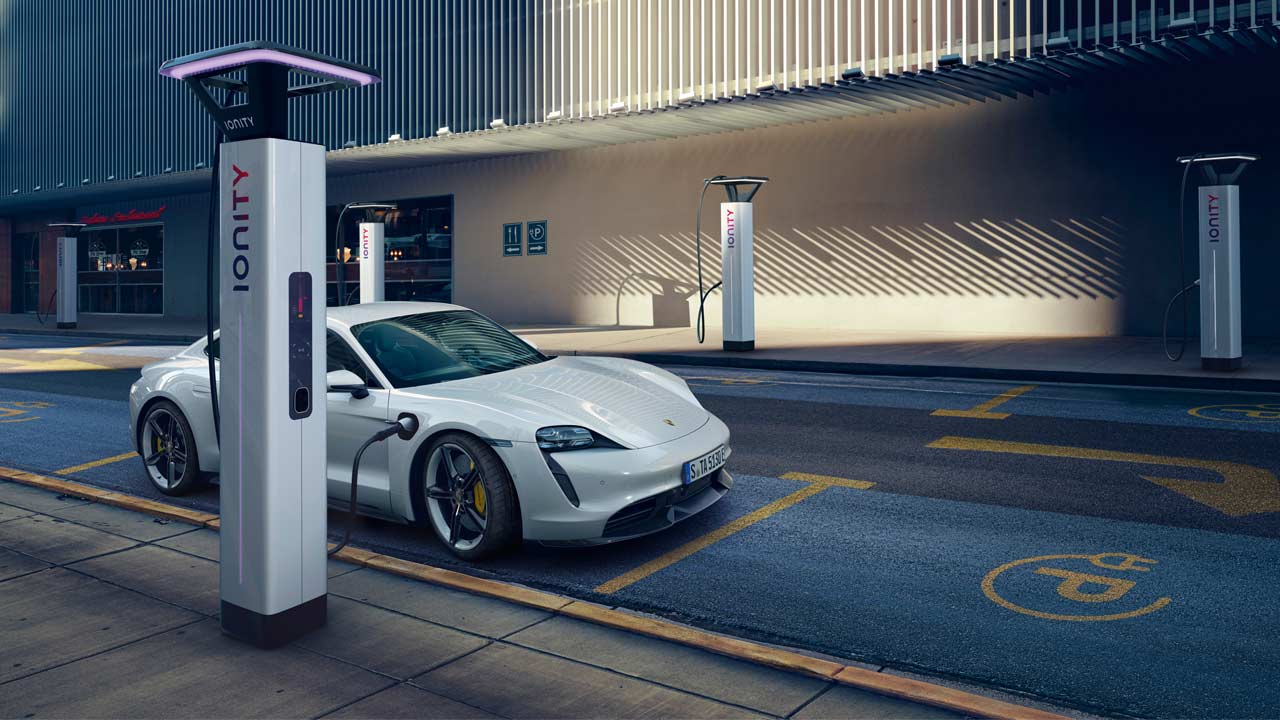 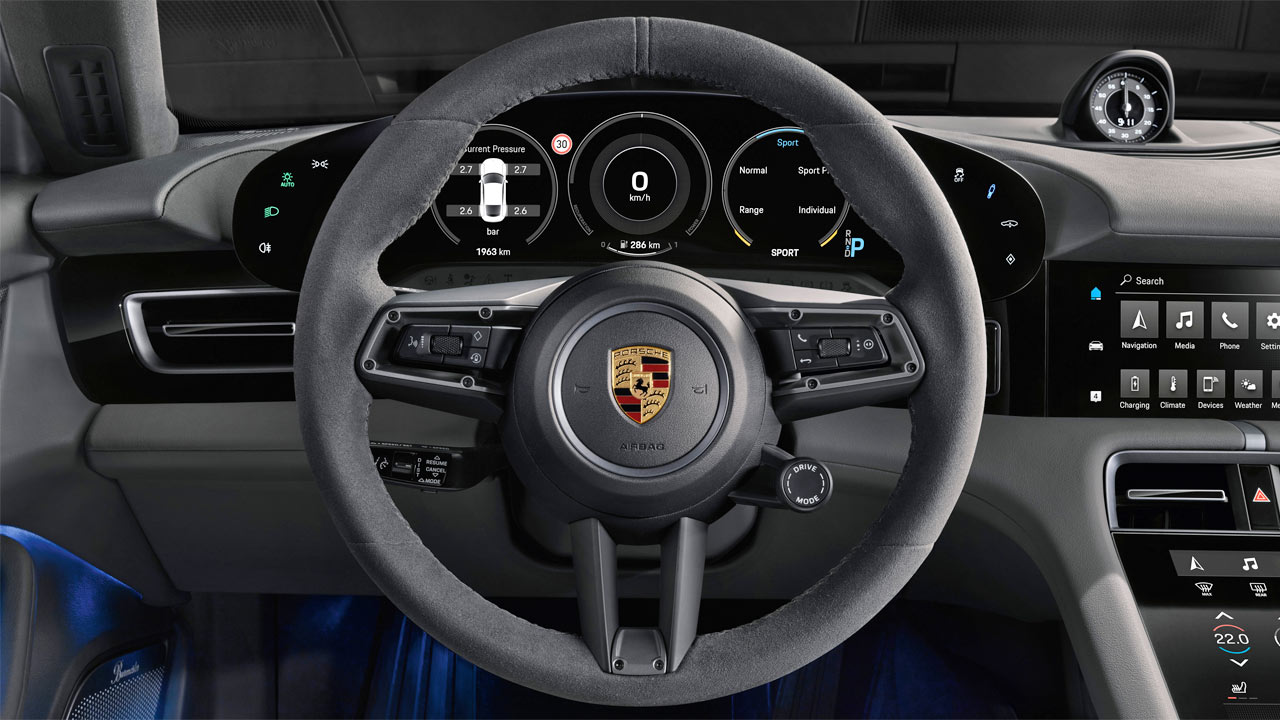 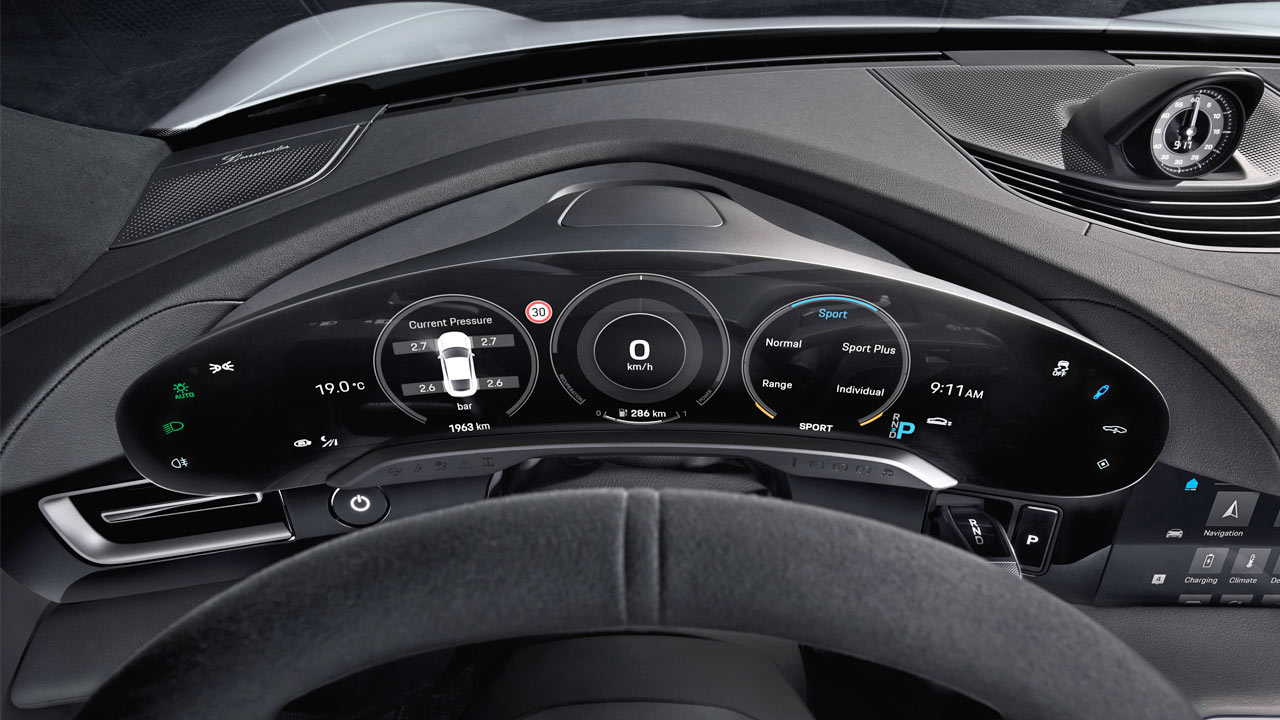 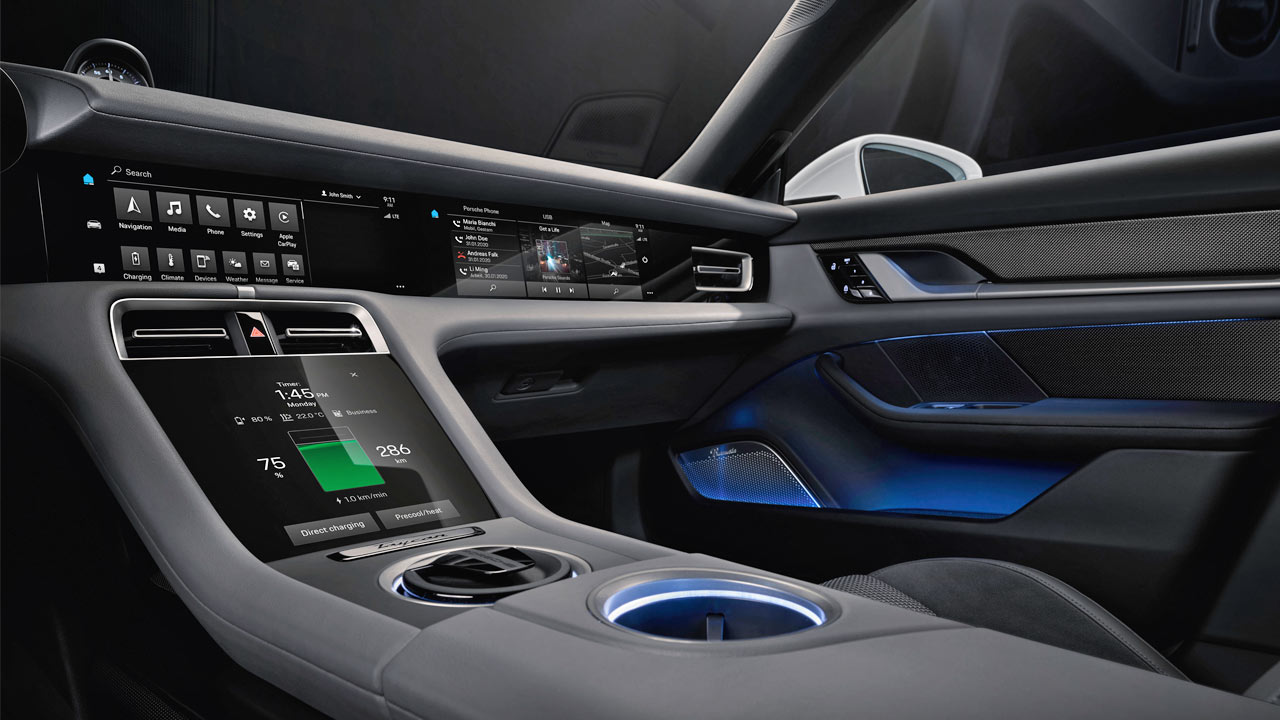 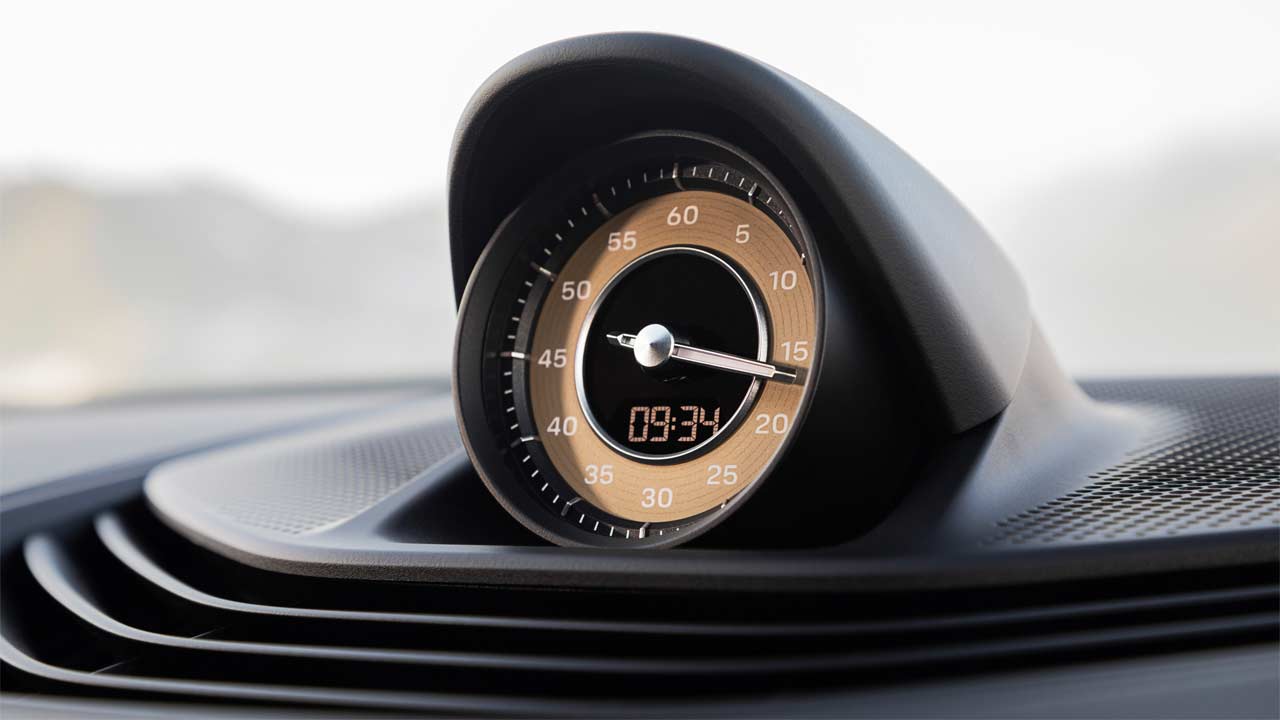 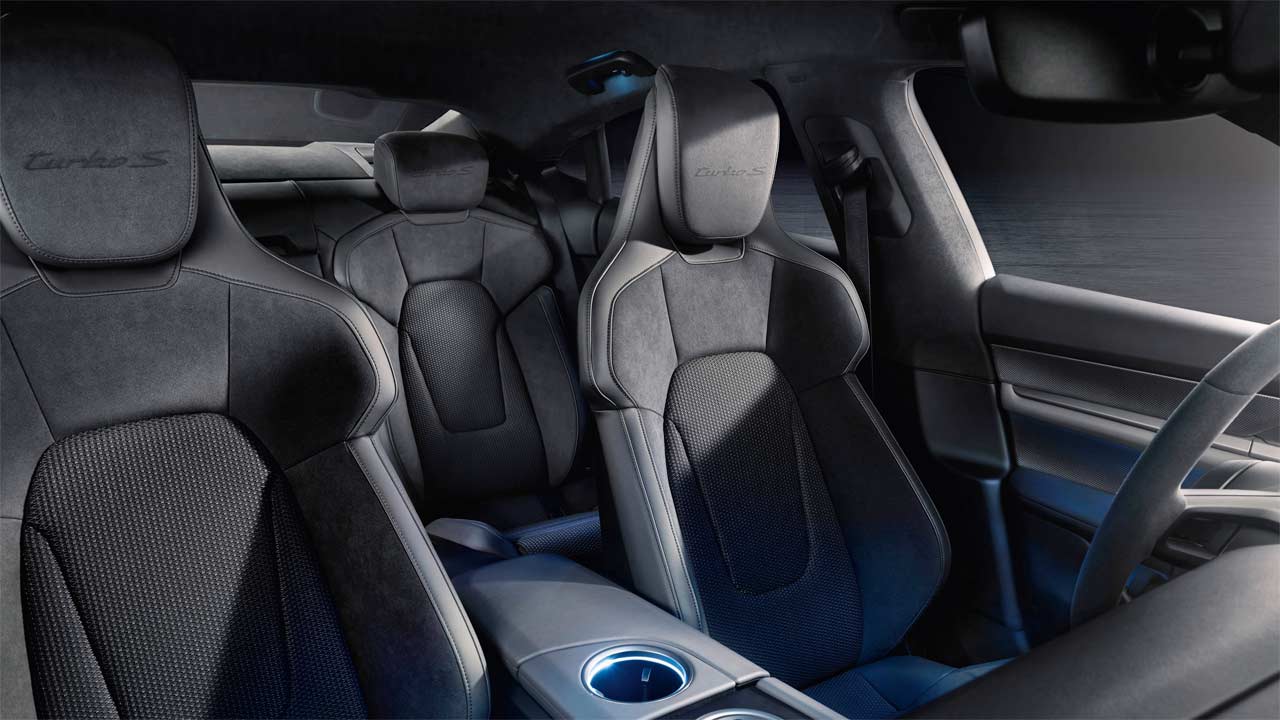 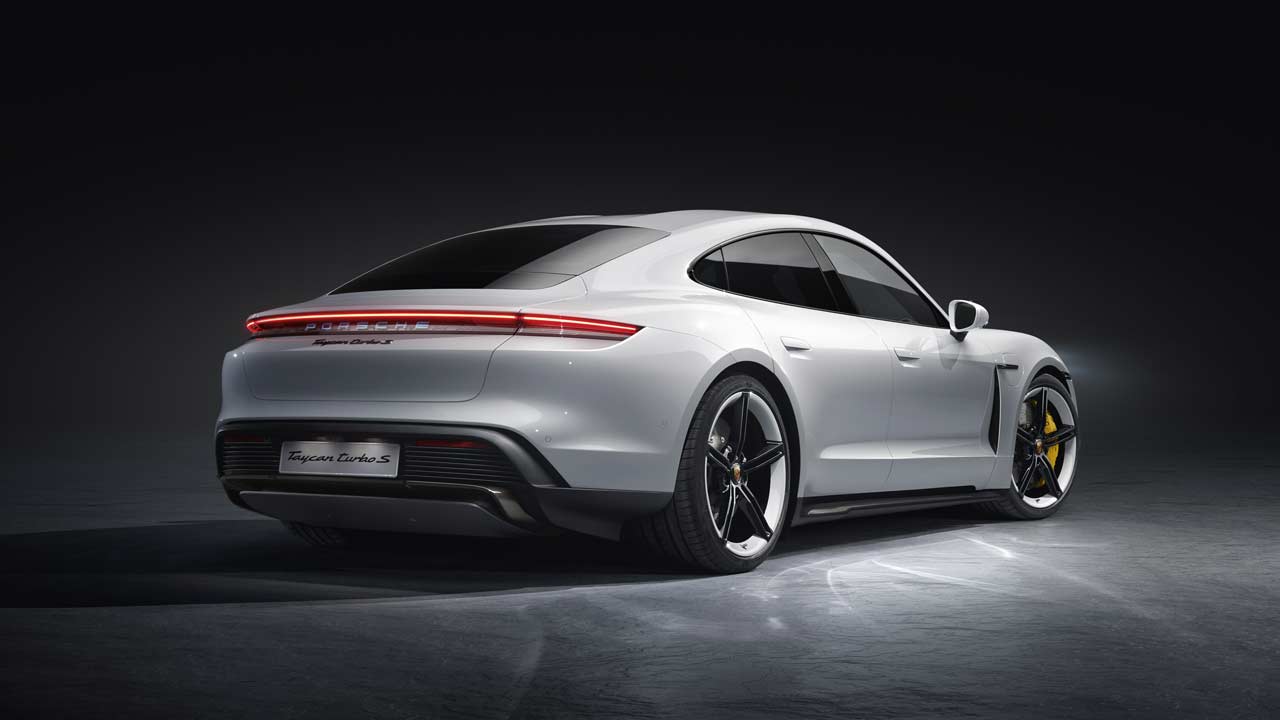 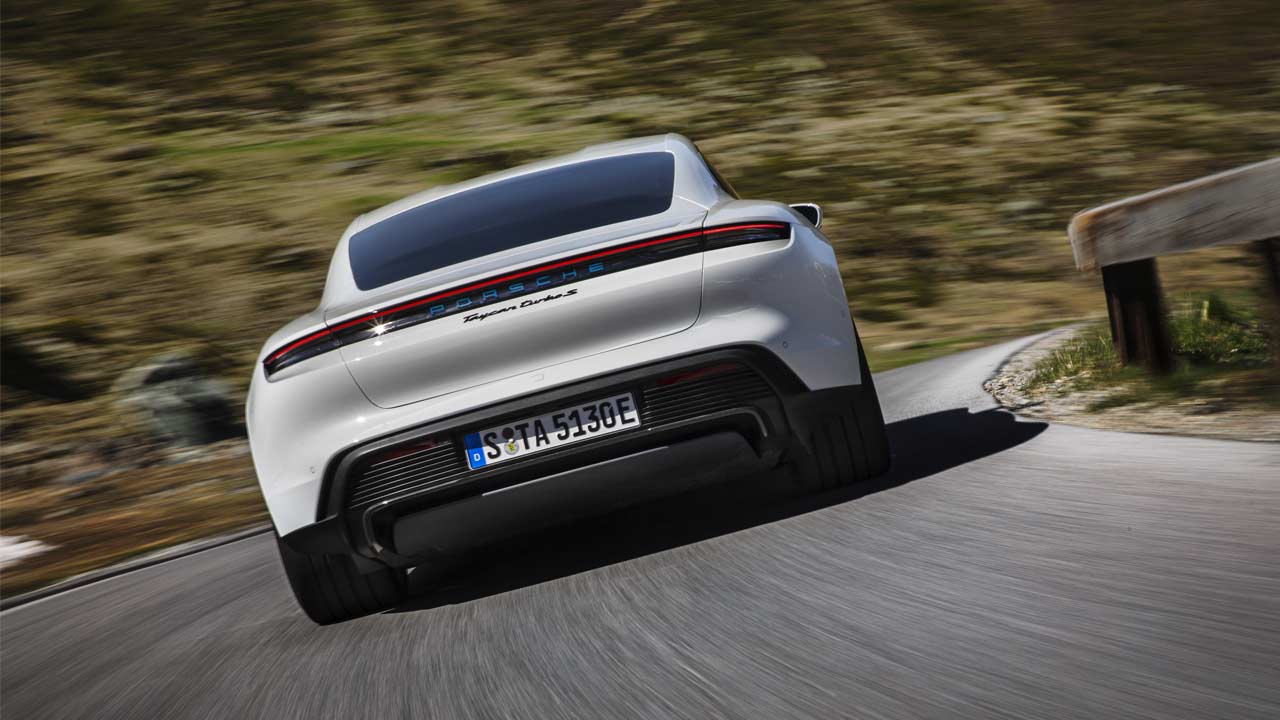 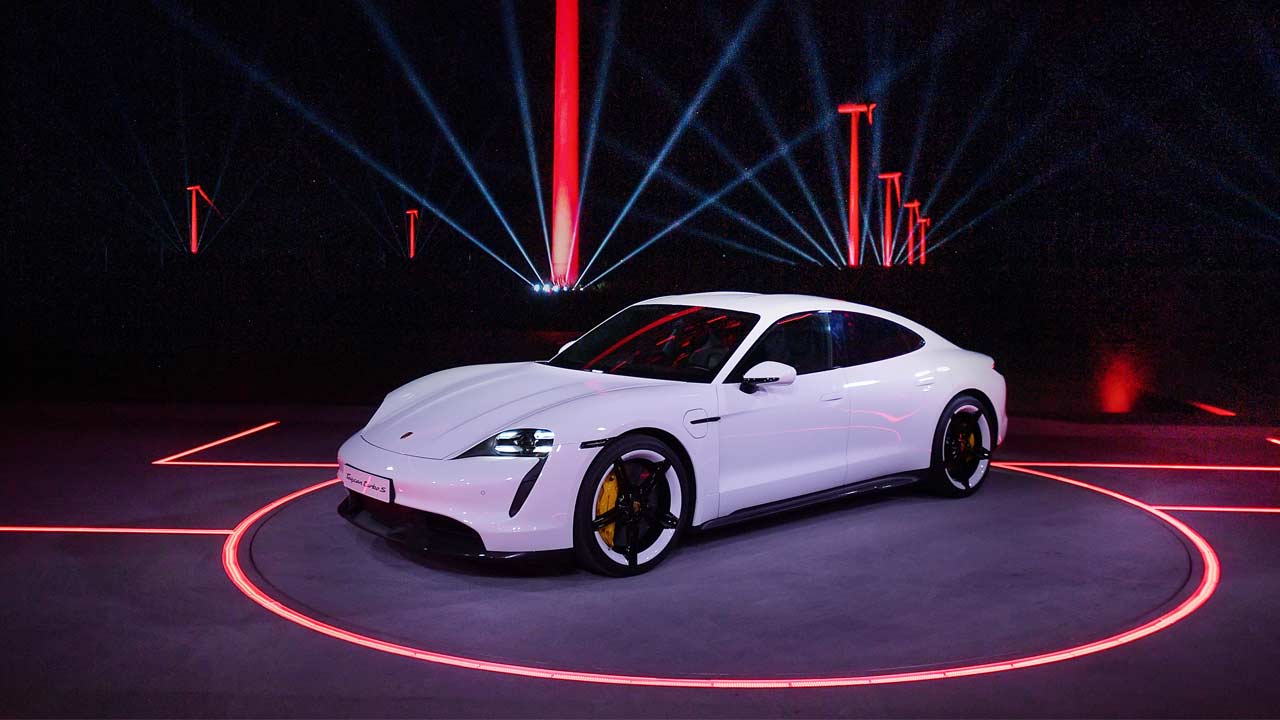