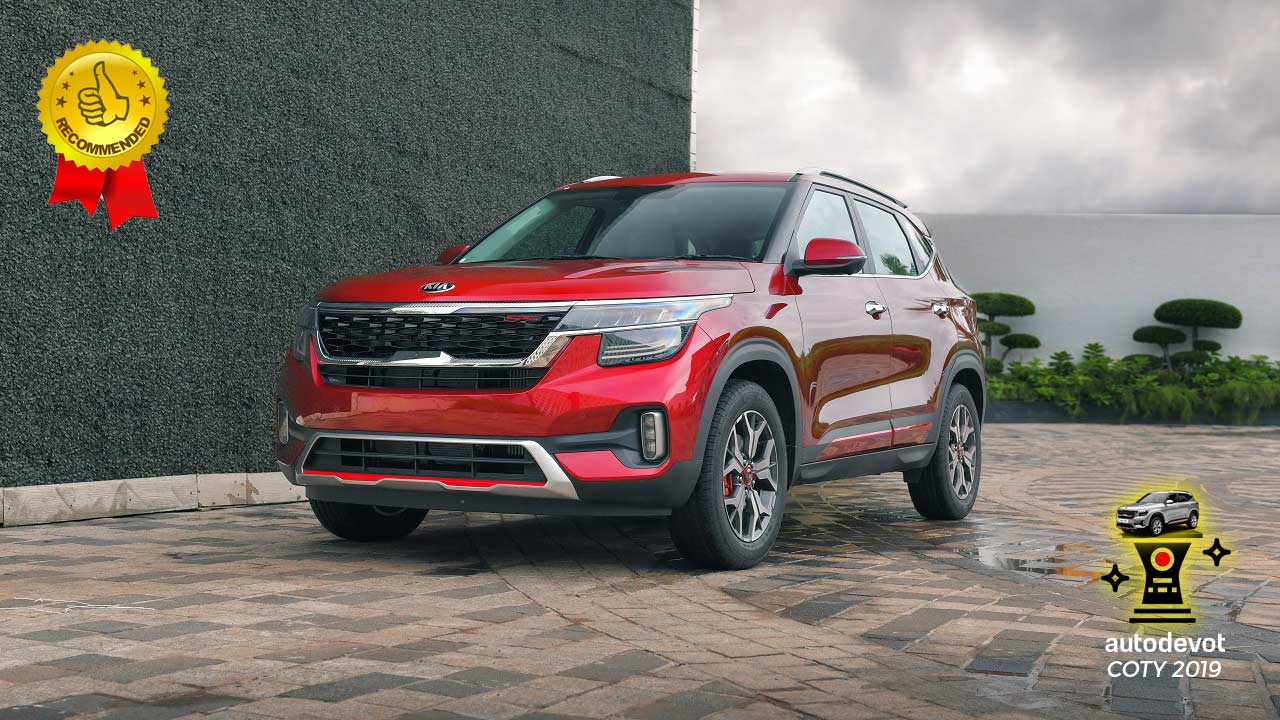 Since everyone seems to be giving their own Car Of The Year Awards, I thought I might as well get on-board. Because it’s too much fun not to. What’s not so funny, however, is the car. It means serious business. As mentioned in the title, the autodevot.com Car Of The Year 2019 is Kia Seltos.

Let’s get the obvious stuff out of the way then. Ever since the Seltos was showcased as SP Concept in 2018, me and everyone who saw it personally, knew that it is going to be a winner. In November 2019, Kia sold 14,005 units in India, which tells us all how much the designers have impressed the end-users. Bookings in India must have crossed 70,000 by now.

The Seltos is being launched in other major markets as well and the success story is only going to continue.

The Seltos is not all about the looks though. One of the reasons why it’s a success (in India) is because it offers a big list of variants. Although it can be confusing, there’s a Seltos for every budget and so are the features. There are 3 engines to choose from and all those three engines are available either with a manual or an automatic transmission, which I think played an important role in the Seltos’ success. Whether it’s the usual office and grocery run or some weekend fun, the Seltos has you covered. For those who don’t like the blingy GT Line, they can go for the Tech Line.

Even the very base model looks really good, which takes us back to how BADASS the design is.