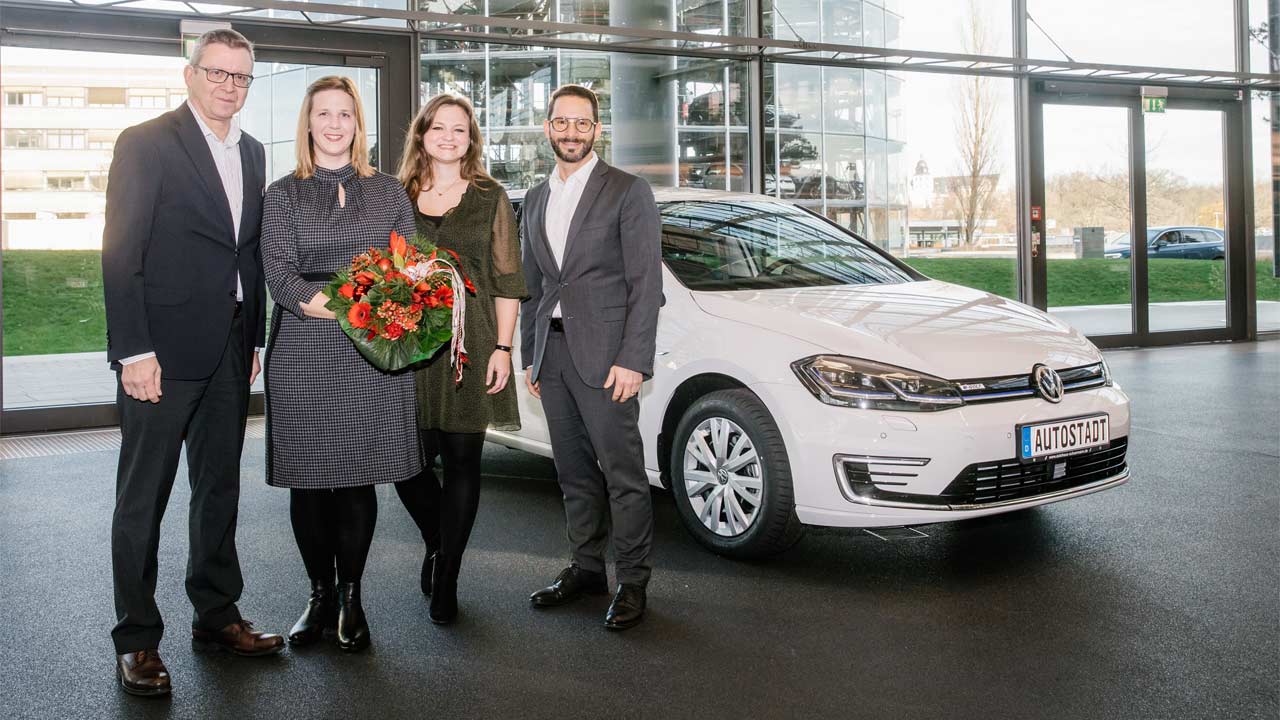 At the Autostadt in Germany, Sandra Fleischer (2nd from left in the featured photo) took the delivery of Volkswagen’s 250,000th electrified vehicle – an e-Golf.

The brand’s electrified model range has expanded ever since the introduction of the e-up! in 2013. The e-Golf and Golf GTE followed in 2014, the Passat GTE and Passat Variant GTE in 2015. Since 2018, the Passat and Tiguan have been available as plug-in hybrids in China, where they were followed by the battery electric versions of the Bora and Lavida this year.

Volkswagen brand delivered more than 70,000 electrified vehicles in 2019. The main sales markets in 2019 were China, Norway, Germany, the USA and the United Kingdom.