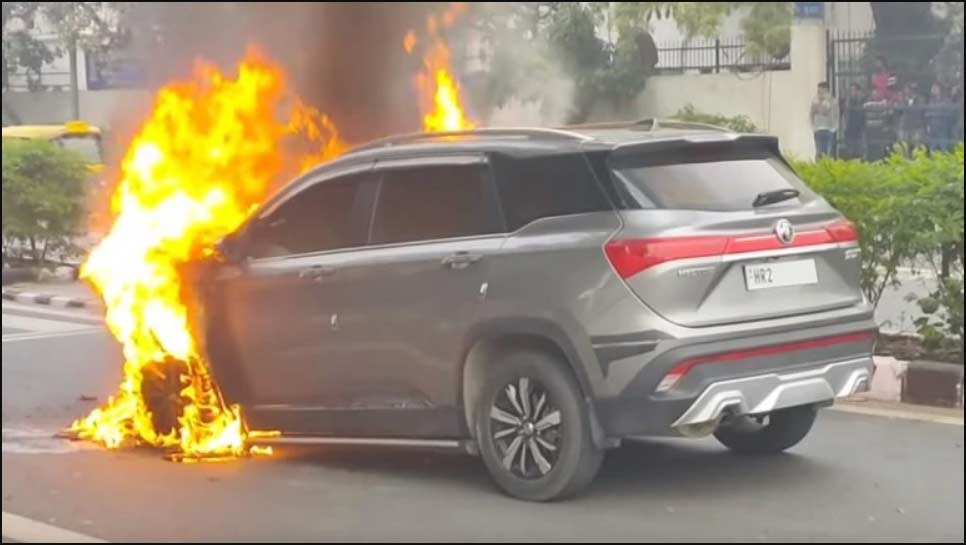 MG Motor India has released an official statement on the Hector SUV which allegedly caught fire in New Delhi while driving—on 20th Jan 2020. MG claims to have investigated the incident and concluded that a foreign material could be the cause of the fire. 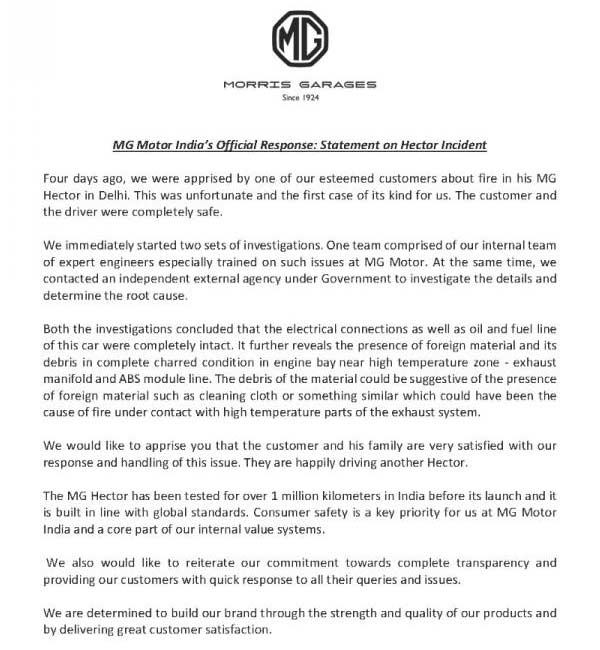 The company claims to have initiated two sets of investigations with the second team from “an independent external agency under Government”.

Both investigations concluded that the electrical connections as well as the oil and fuel line of this car were completely intact. It further reveals the presence of foreign material and its debris in a complete charred condition in the engine bay near high temperature zone – exhaust manifold and ABS module line. The debris of the material could be suggestive of the presence of foreign material such as cleaning cloth or something similar which could have been the cause of the fire under contact with high temperature parts of the exhaust system.

The statement further adds that the customer and his family are very satisfied with the company’s response and that they are happily driving another Hector. 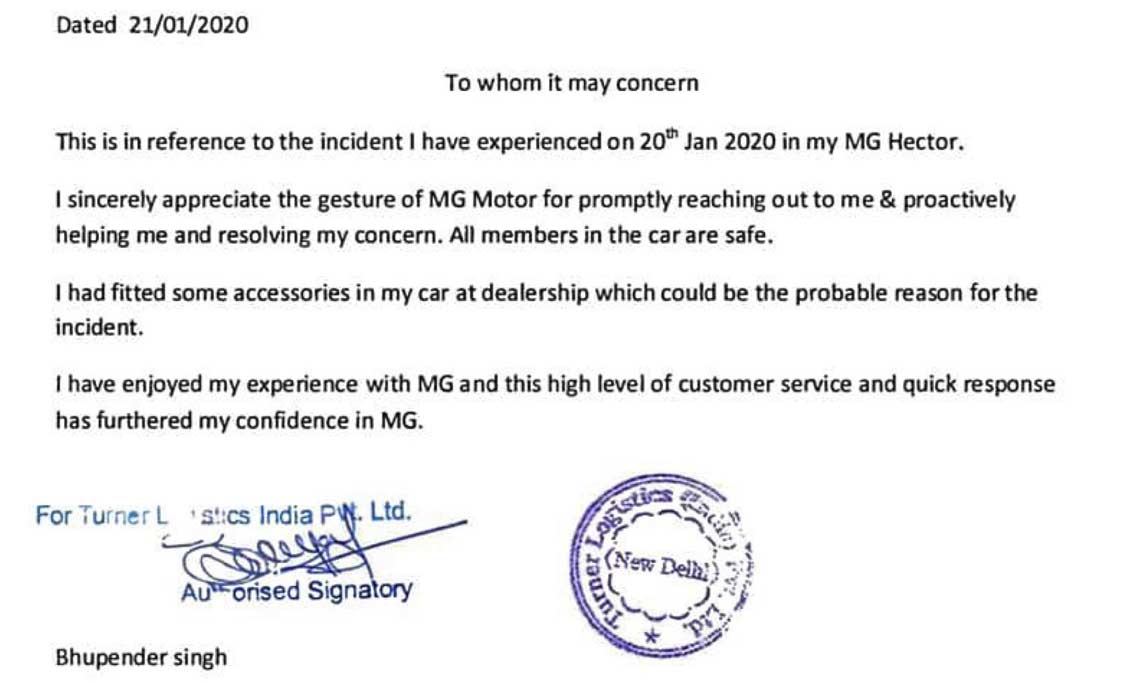 The Hector involved in the incident appears to be registered in the name of a private company. Prior to MG India’s official statement, a public statement purportedly written by the customer, blamed a third party accessory for the incident. However, the customer doesn’t share more information on the said accessory.