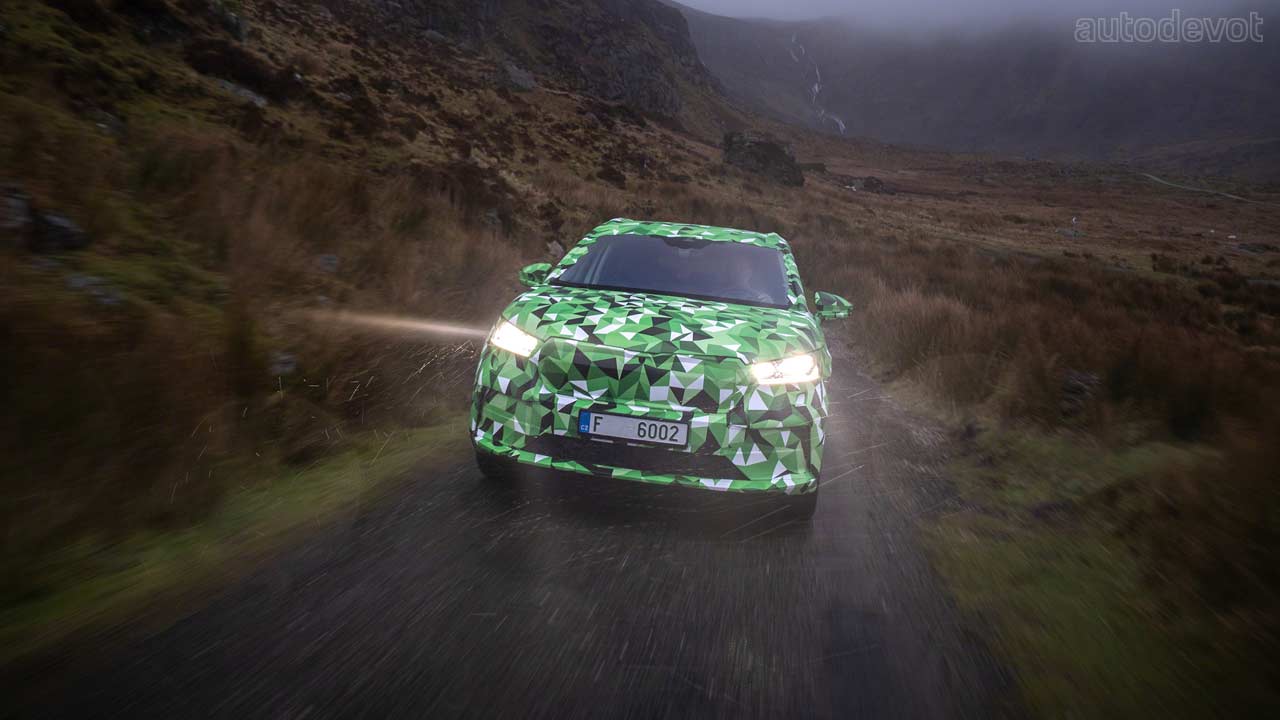 Skoda has revealed a camouflaged prototype of the all-electric Enyaq iV SUV, along with some technical information. While the camouflage is pretty strong, we can still see through the front fascia and figure out the Enyaq’s lines and creases. 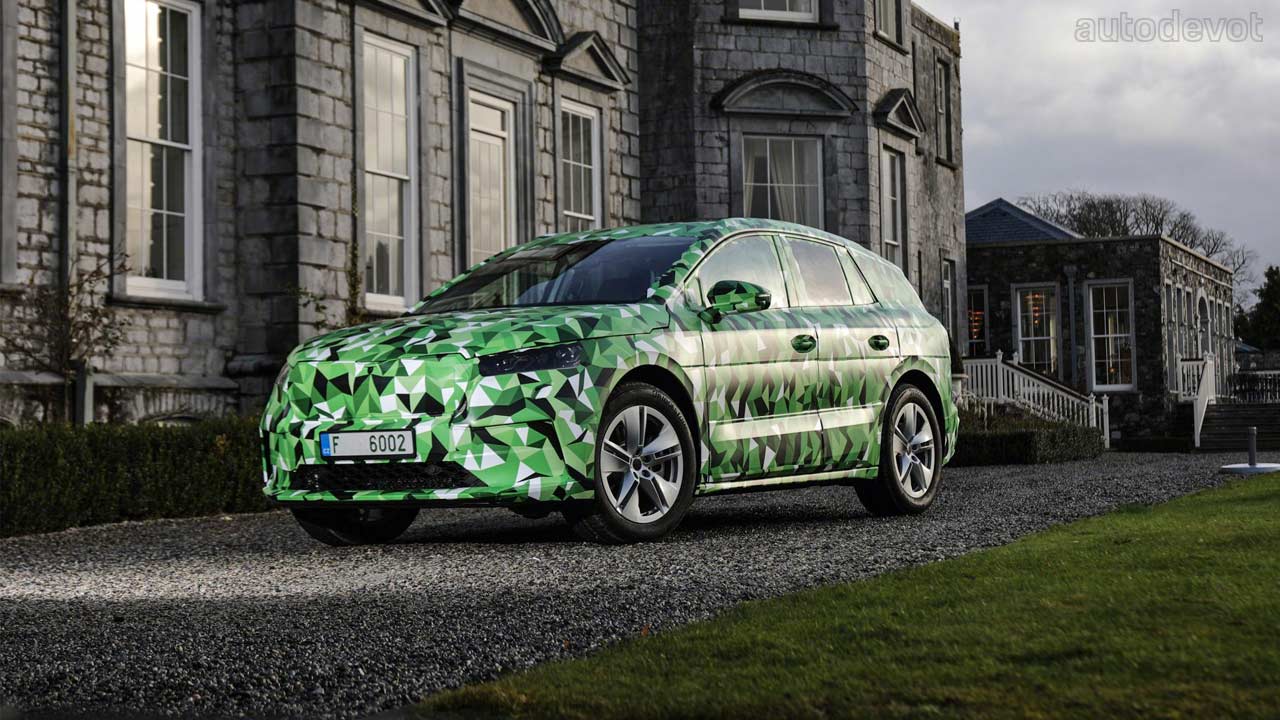 The Enyaq measures 4,648 mm long, 1,877 mm wide and 1,618 mm high, which is almost the same length and width as the Kodiaq. Meaning, one can expect a generous amount of space inside. The MEB platform, which houses the battery pack in the vehicle’s floor, also contributes to the aforementioned generosity. The luggage capacity is claimed to be 585 litres. 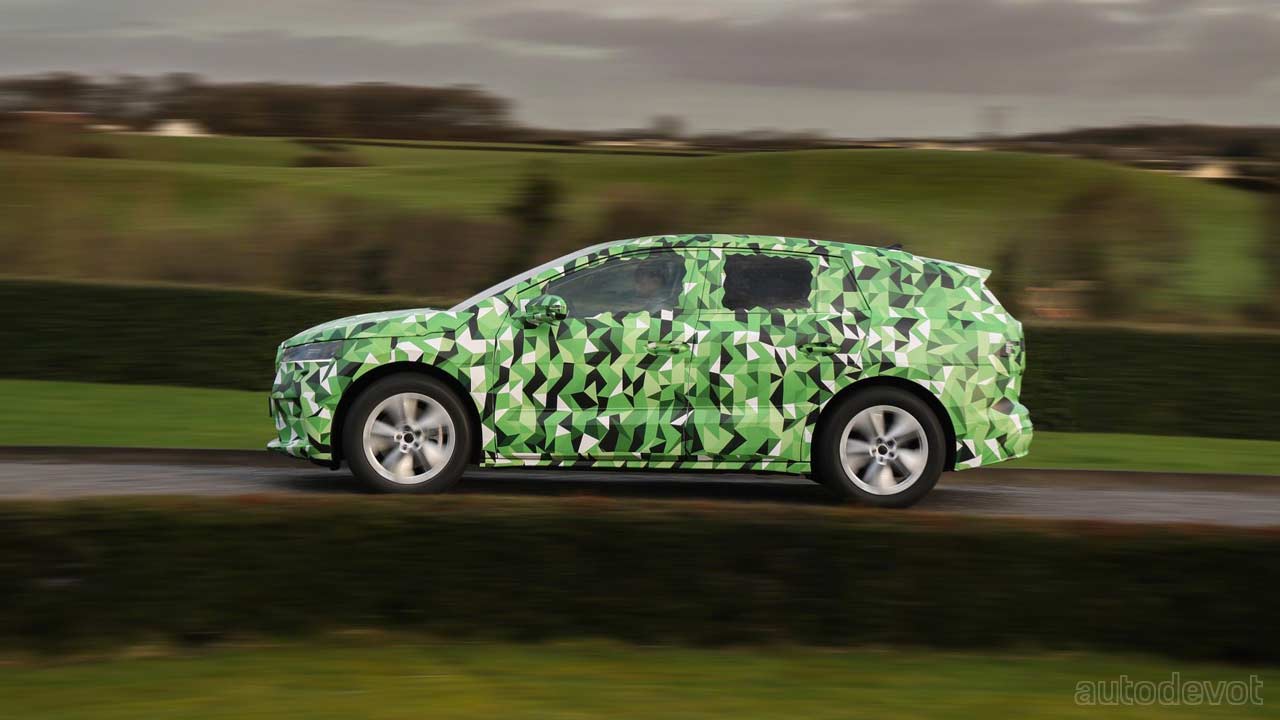 While we don’t have a glimpse of the interior just yet, Skoda says that it is using sustainable materials like leather tanned with olive extract – claimed to be the first time in a mass-produced car. 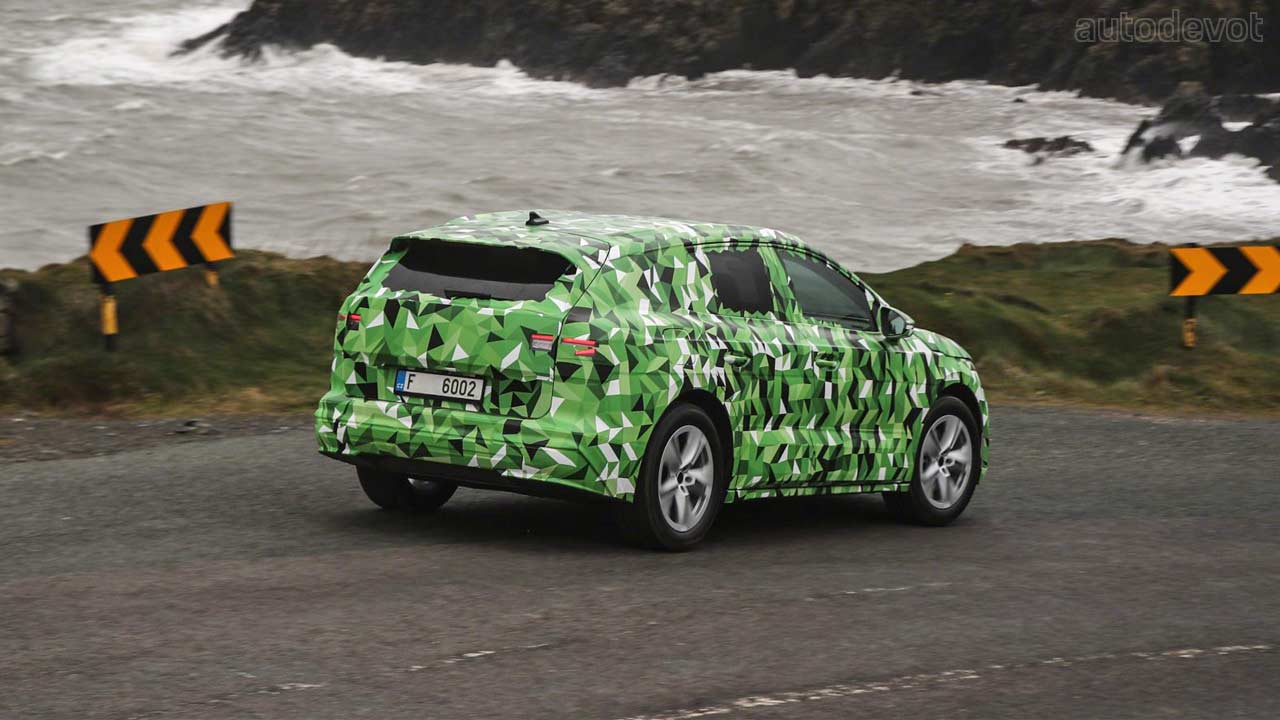 As for the business end of the story, the Enyaq iV will be available either as rear-wheel drive or all-wheel drive, with three different battery capacities and five performance versions. The base model will be the Enyaq iV 50 with a battery capacity of 55 kWh, which will have a 109 kW (148 hp) electric motor mounted on the rear axle and will deliver a claimed range of up to 340 km (211 mi) on a single charge. 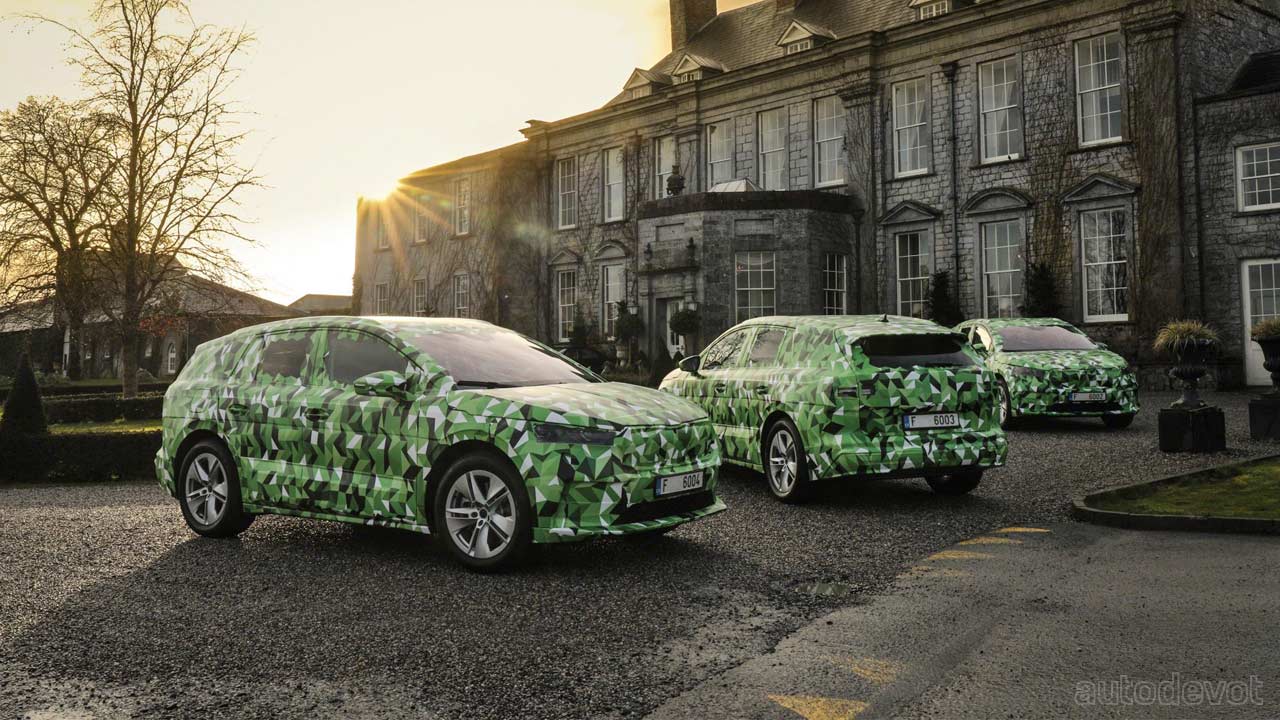 Charging capacity will be up to 125 kW, which will make it possible to charge the battery from 10% to 80% in just 40 minutes, Skoda said.