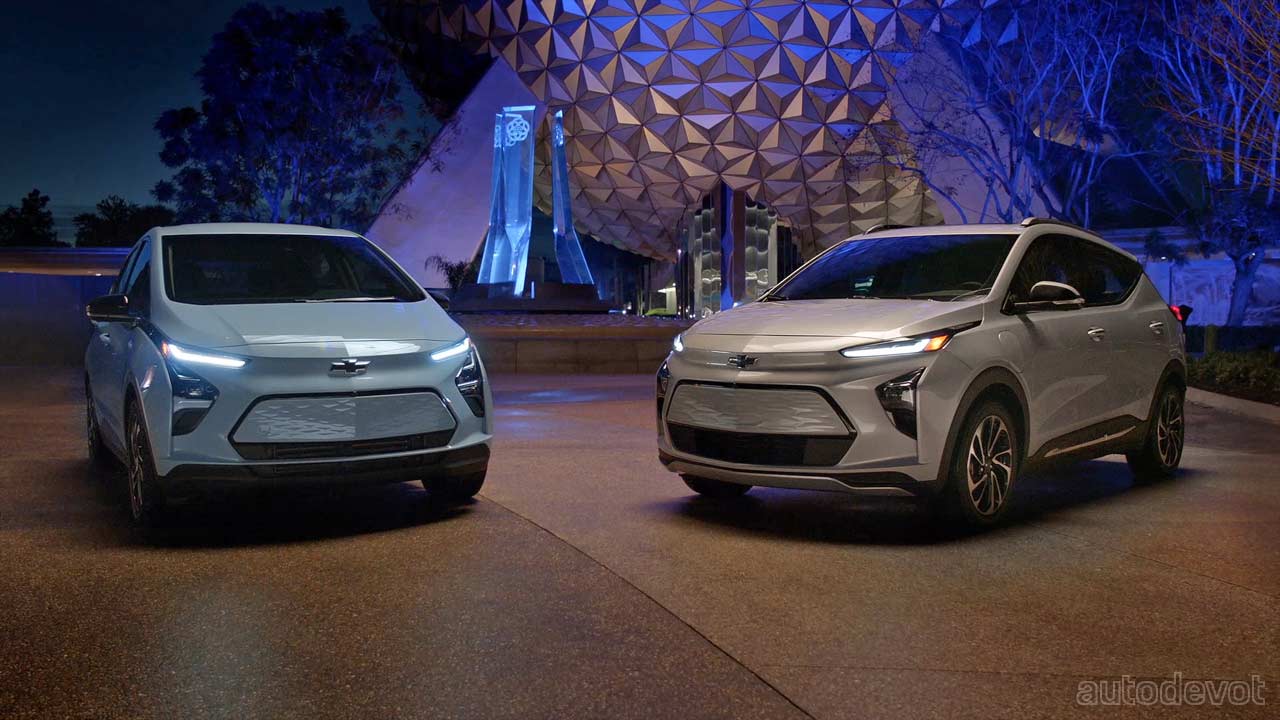 Chevrolet has revealed the Bolt EV facelift and for the first time, an SUV/crossover version called Bolt EUV (“Electric Utility Vehicle”). Both are scheduled to go on sale in the U.S. market in summer 2021 as 2022 models. 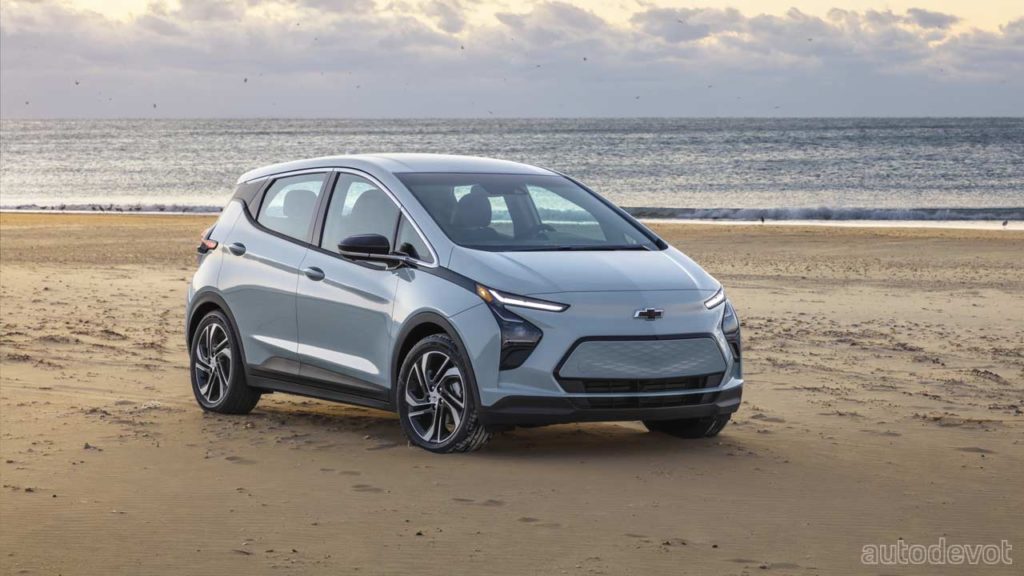 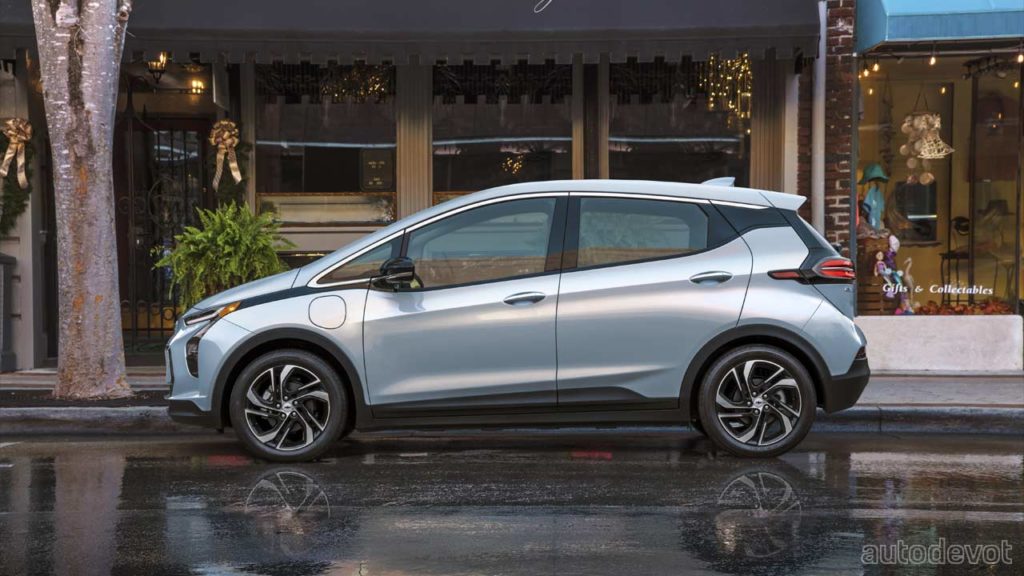 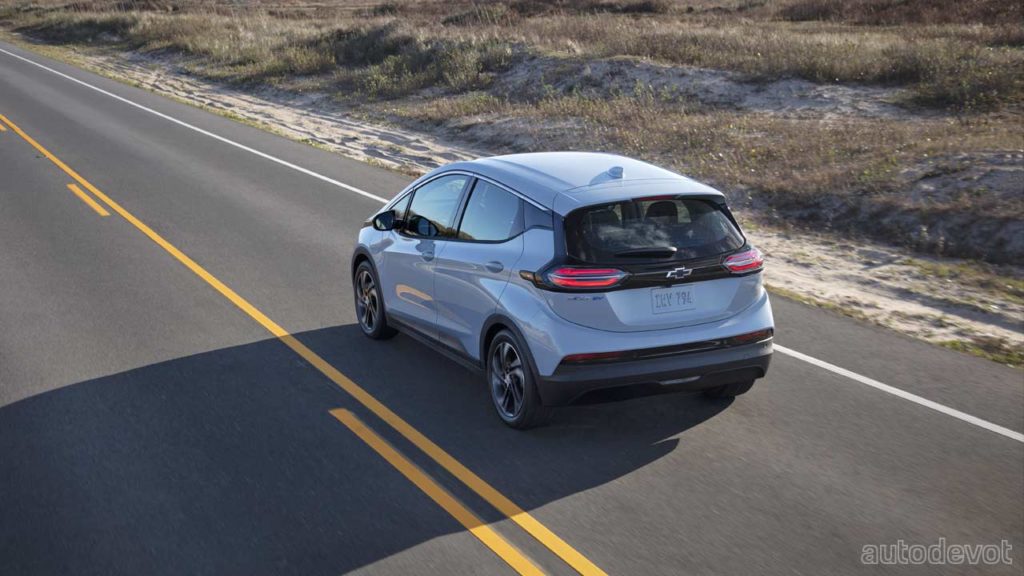 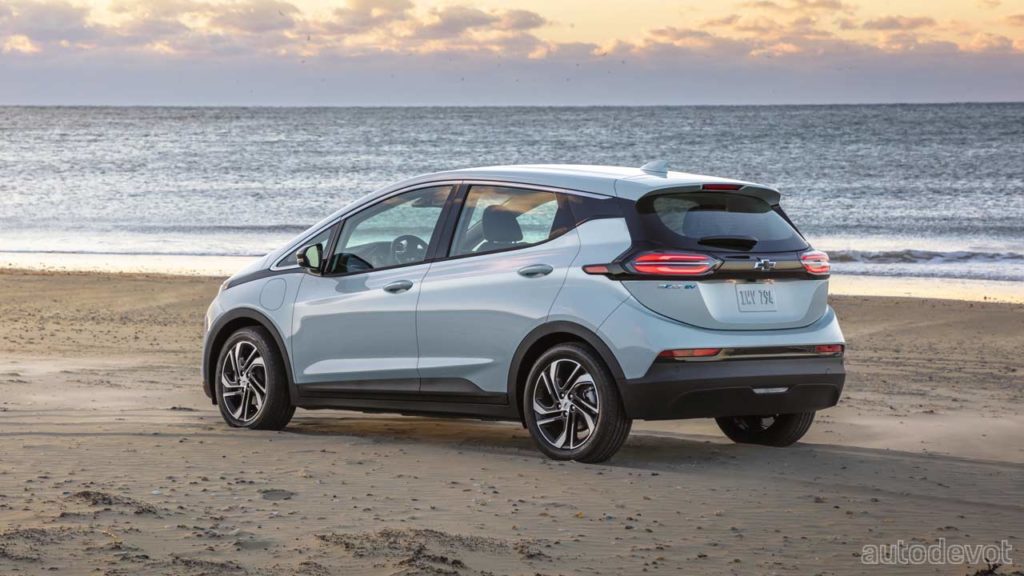 Let’s start with the Bolt EV then. The designers have gone with the trend for crossovers these days, which is of course the dual-lamp set-up where the top section is a narrow strip of light LED running lights while the main headlights are at the bottom. The overall front fascia has been cleaned up and now there’s only the lower hexagonal grille. The side profile remains mostly unchanged except for a new set of 17-inch aluminum wheels, and at the rear, there are new, contemporary-looking taillights and there’s also a new bumper. 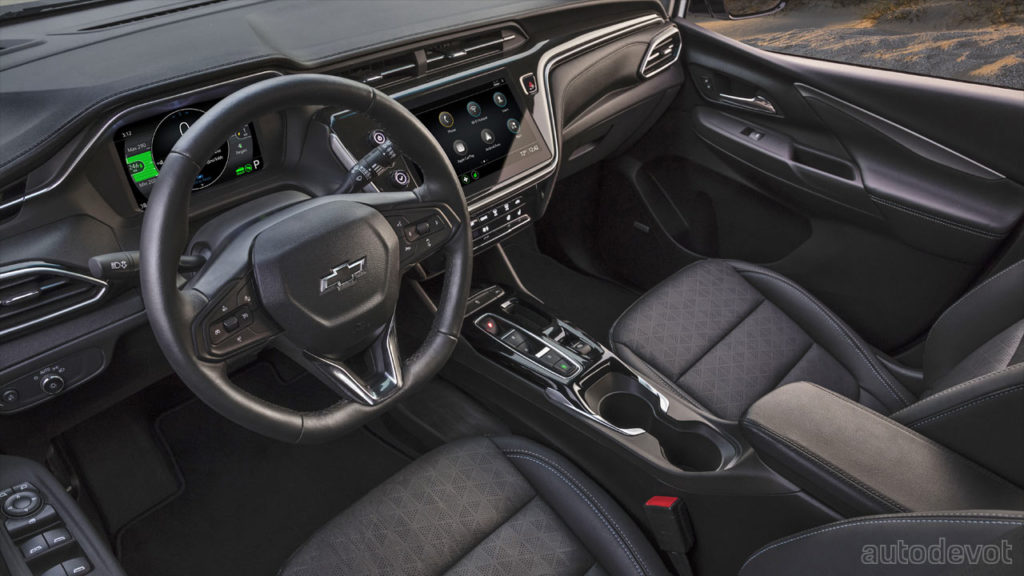 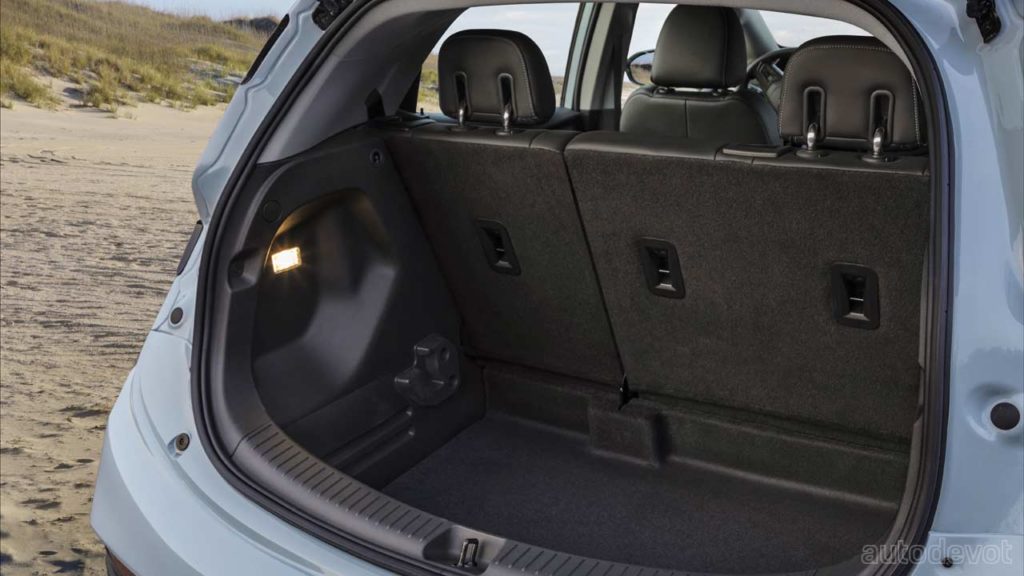 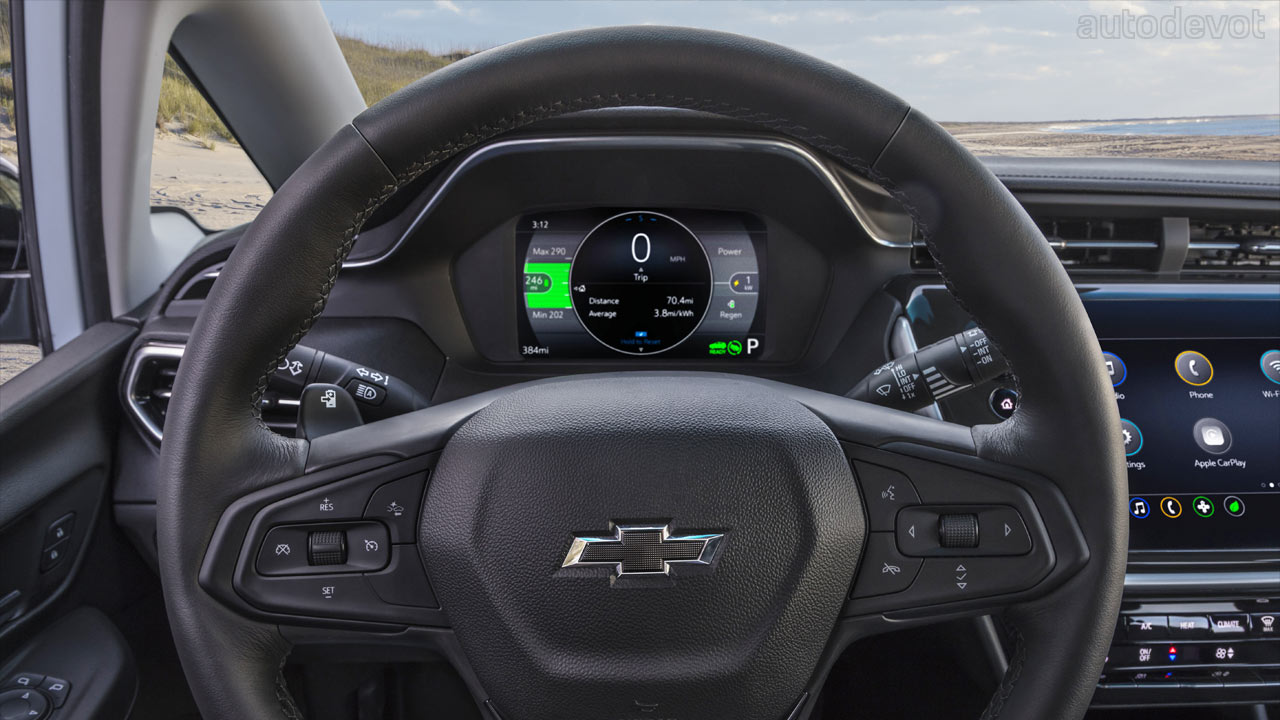 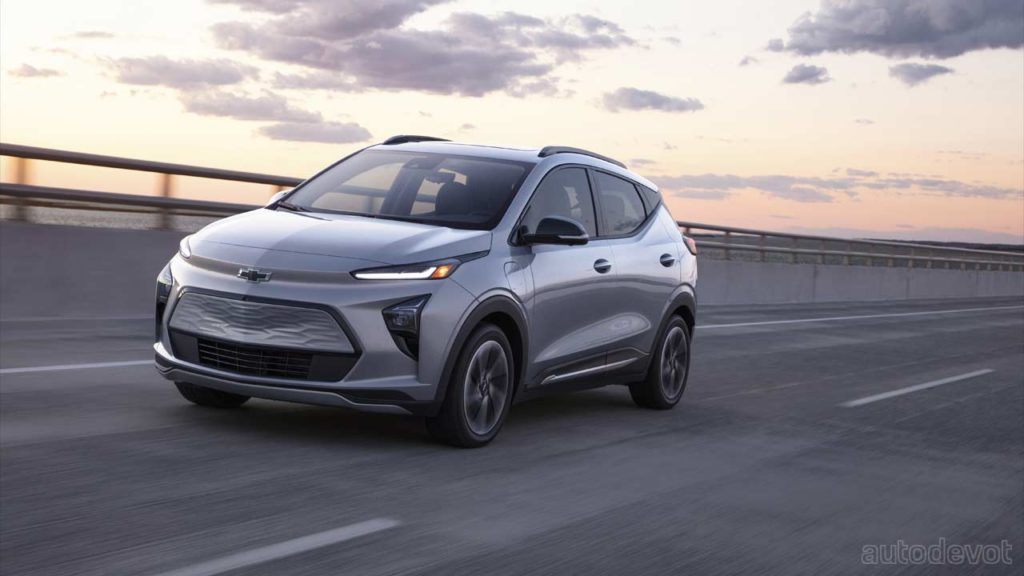 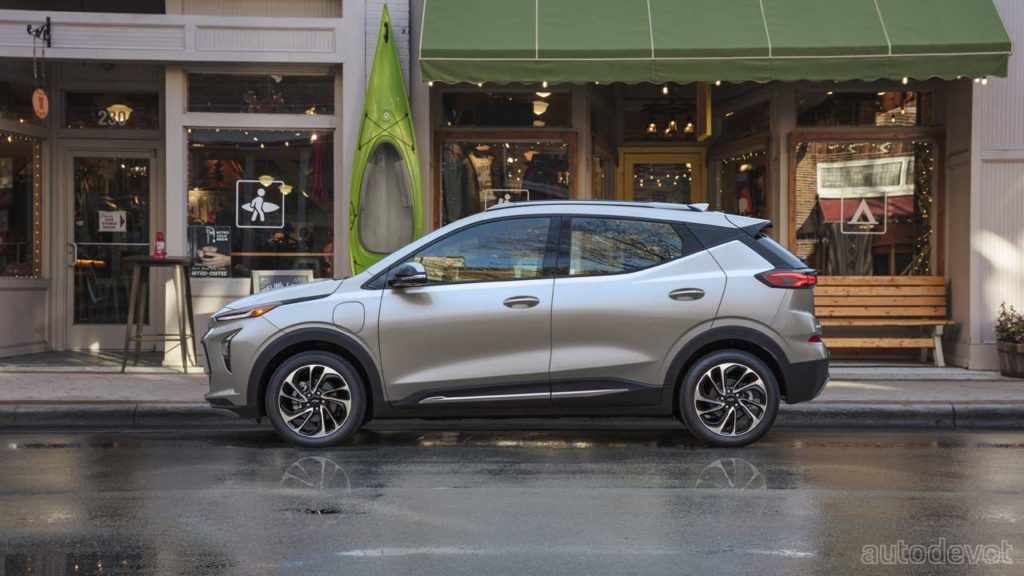 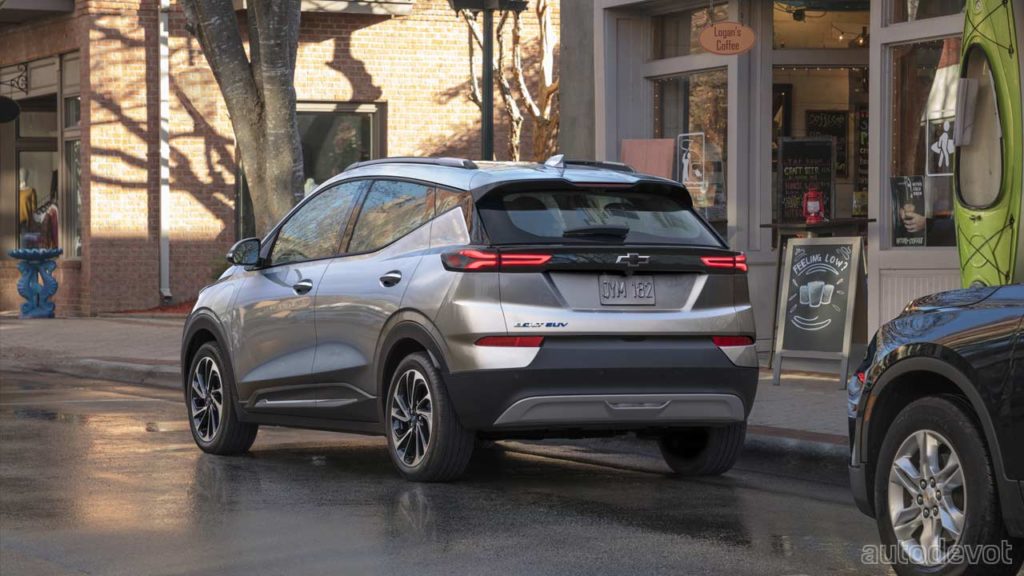 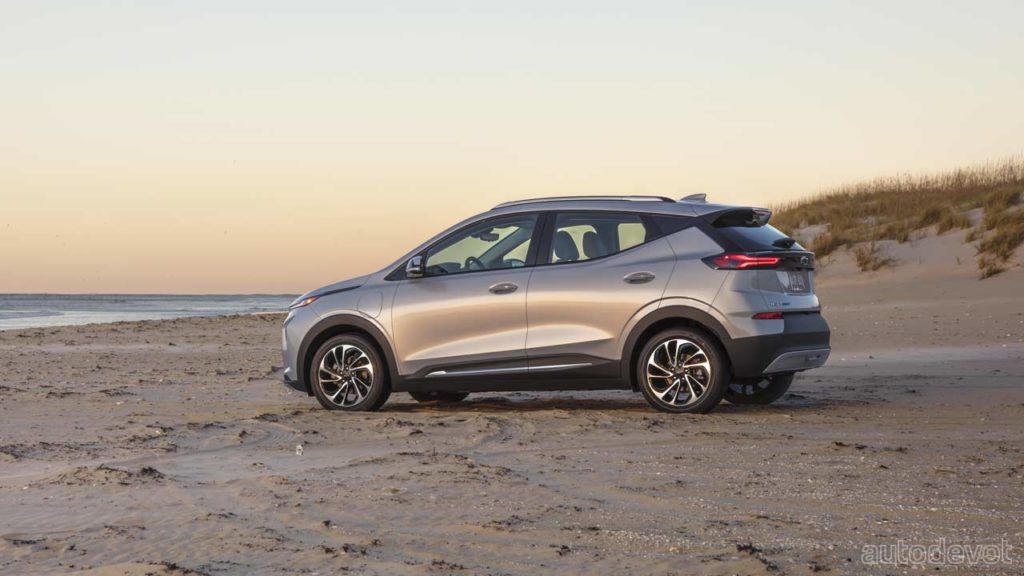 Will come back to Bolt EV’s technical bits in a bit, but let’s also take a look at the first-ever Bolt EUV. It has a fairly similar design language and from some angles, it rather looks like a hatchback. The wheel design too is similar to those on the Bolt EV. However, the steep angle of the window line tries to compensate for it and so are the roof rails and a chiseled tailgate design with a unique roof spoiler. Chevy claims that no exterior sheet metal parts are shared between the two vehicles. The EUV is 6.3-inches longer. 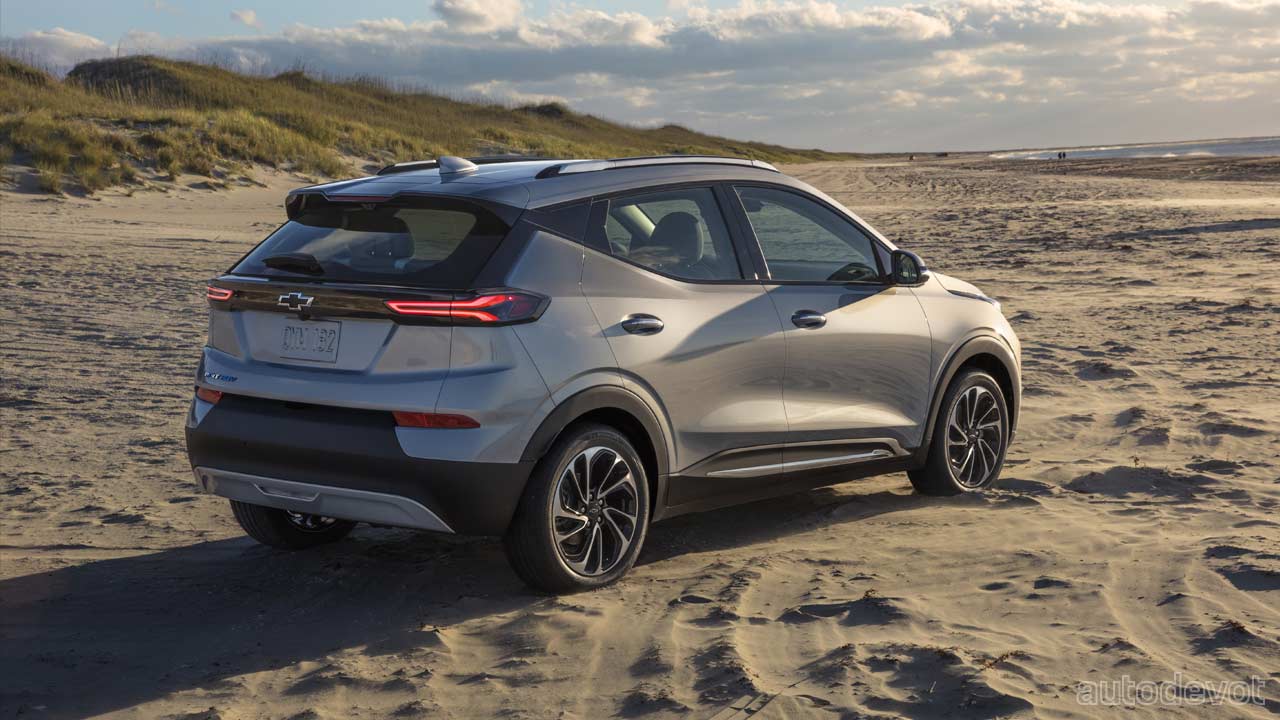 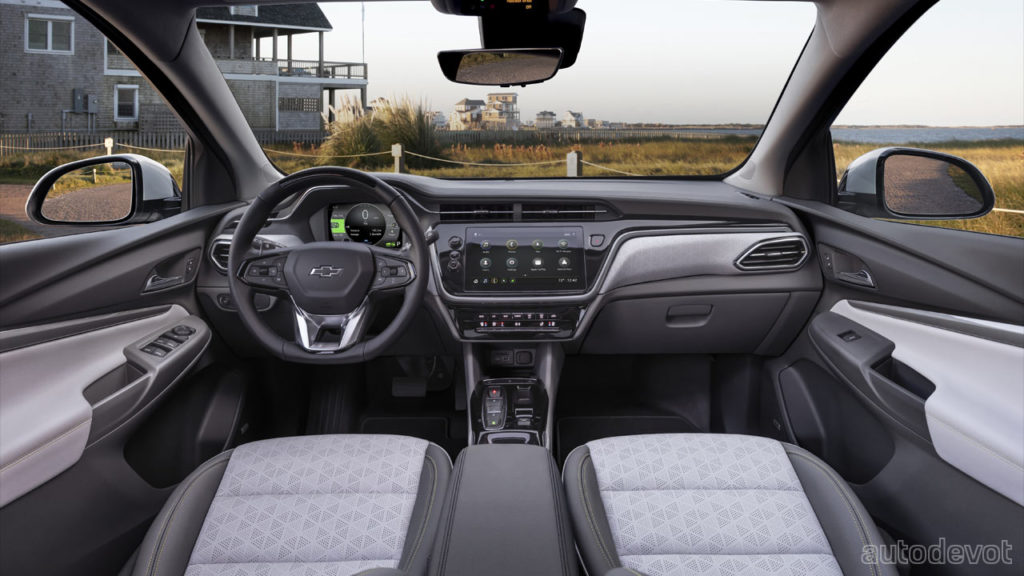 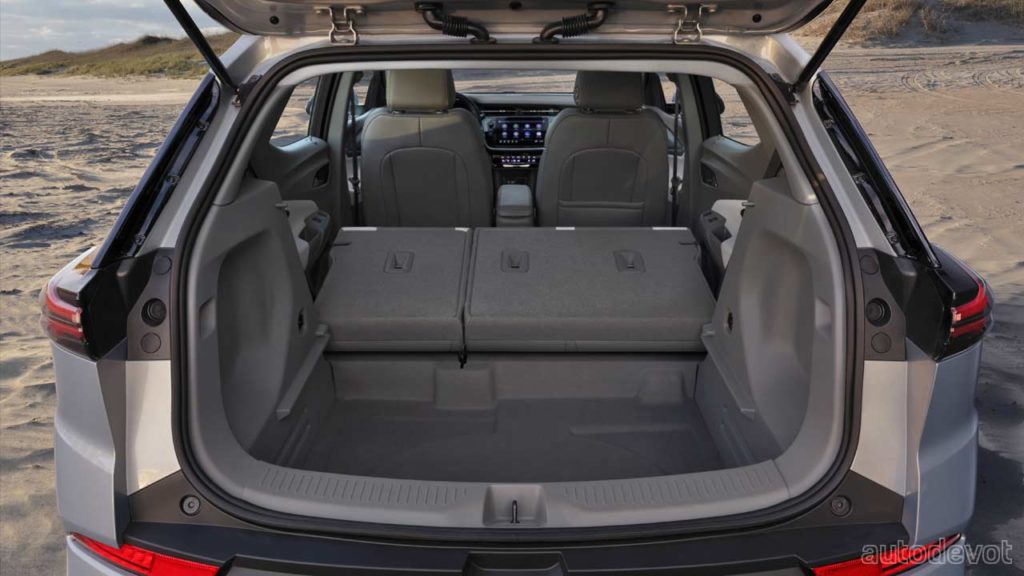 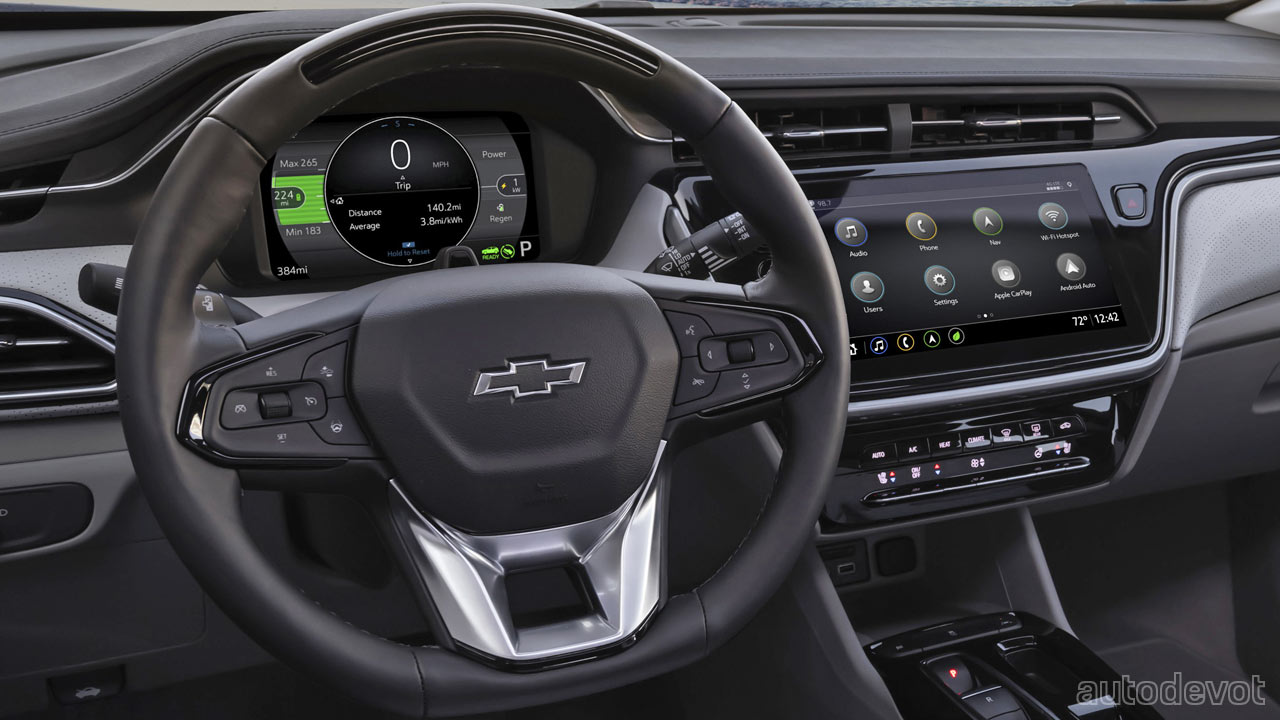 The cabin too looks similar to the Bolt EV, naturally. The list of features is the same as well, however, the EUV gets a couple of additional features such as wireless smartphone charging, which is optional on the hatchback. Also, the Bolt EUV is the first Chevrolet to come with Super Cruise hands-free driving tech that debuted with the Cadillac CT5. 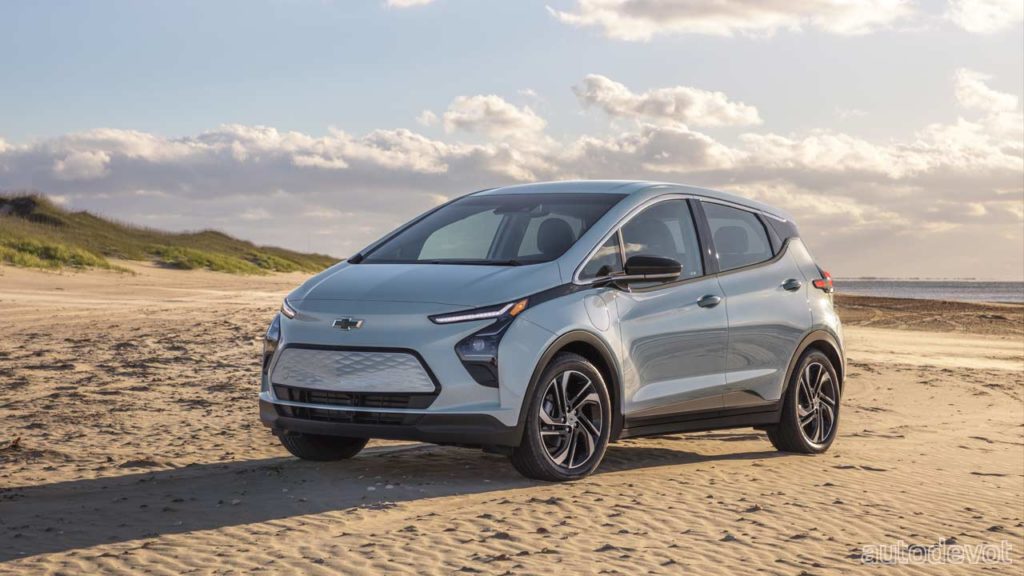 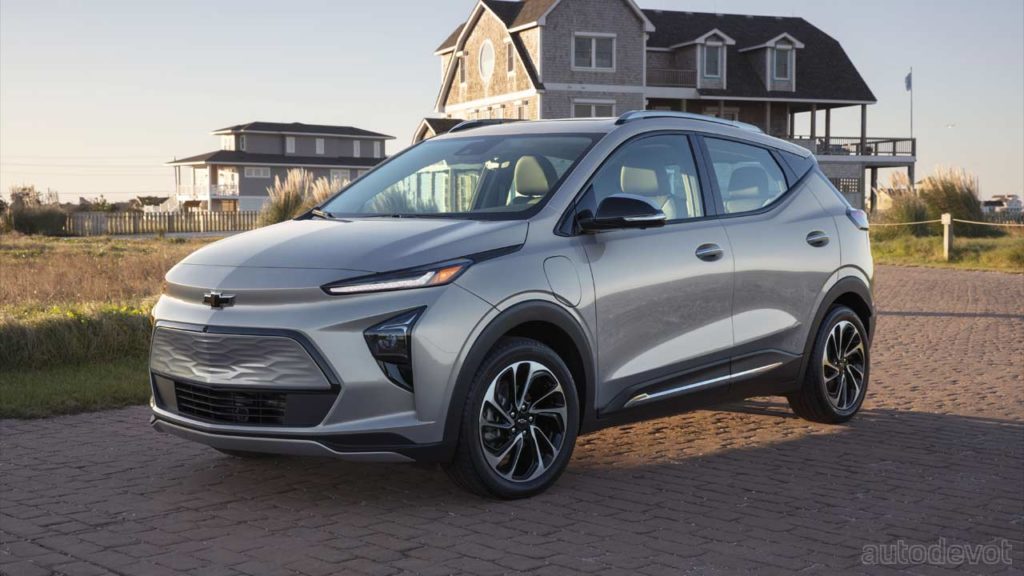