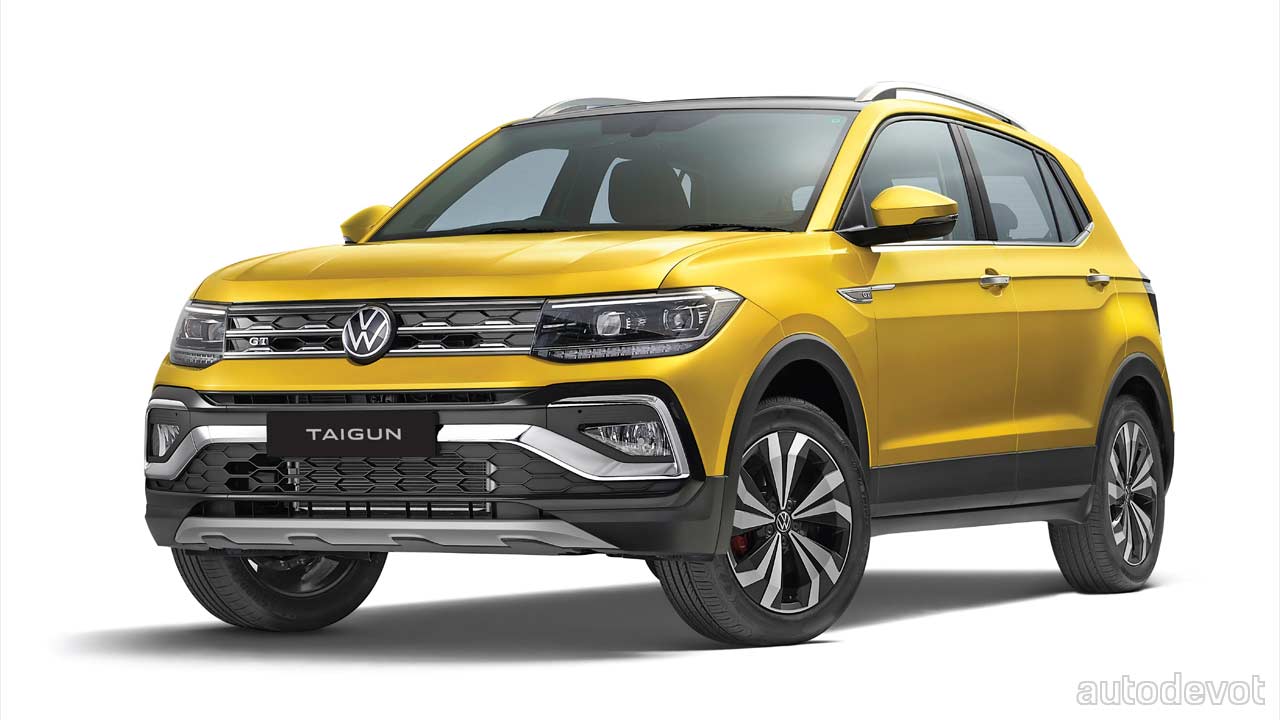 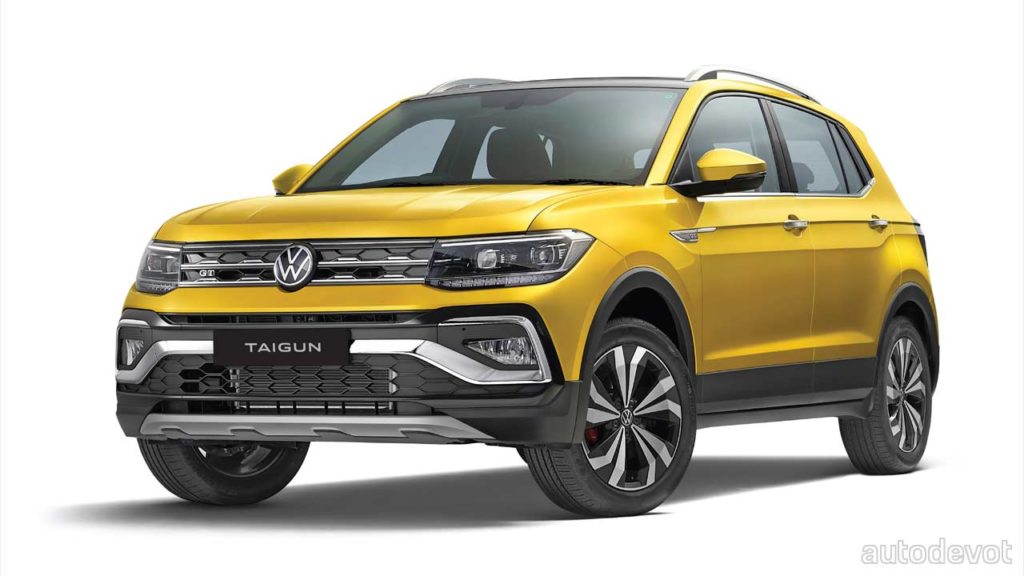 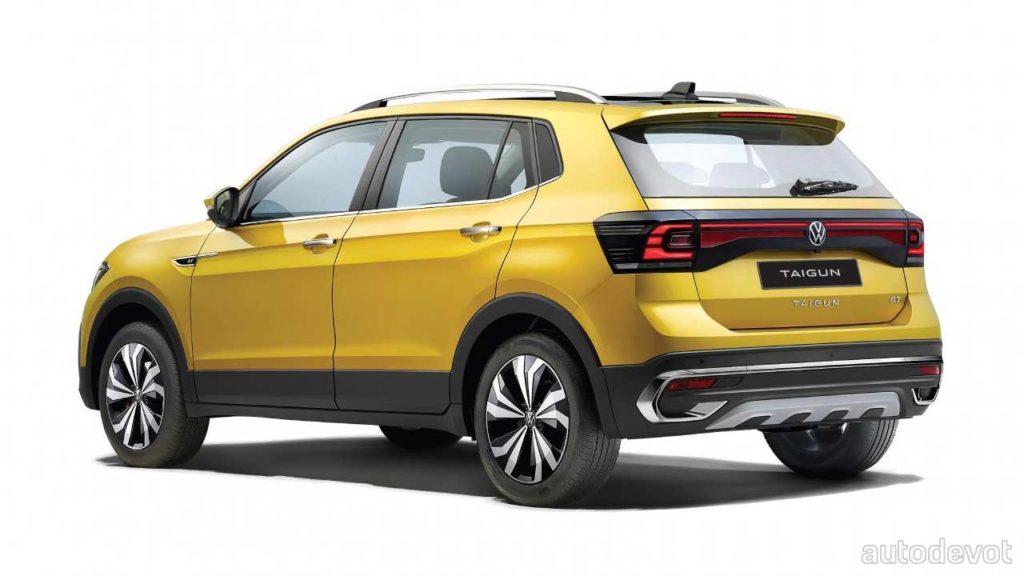 Speaking of which, the prototype doesn’t look all that different from the concept we saw at the 2020 Auto Expo. While there is a lot of chrome at the front, the Taigun manages to look fairly handsome, especially the GT variant from the three-quarter angles. The rear-end looks contemporary with a connected taillight signature. Also, notice the chrome applique on the rear bumper, which sort of mimics that of the front, but is inverted.

Exterior features include LED headlights, LED running light signature, LED taillights, and 17-inch dual-tone alloy wheels. VW didn’t share the interior yet, but the feature list includes ventilated leather front seats, adjustable headrest for all seats, a touchscreen, a virtual cockpit, and ambient lighting. Safety features would include up to 6 airbags and ESC.

As for powertrain options, the Taigun will borrow all of ’em from Kushaq, which will be 1.0L TSI and 1.5L TSI petrol engines with three gearbox options depending on the model/trim.