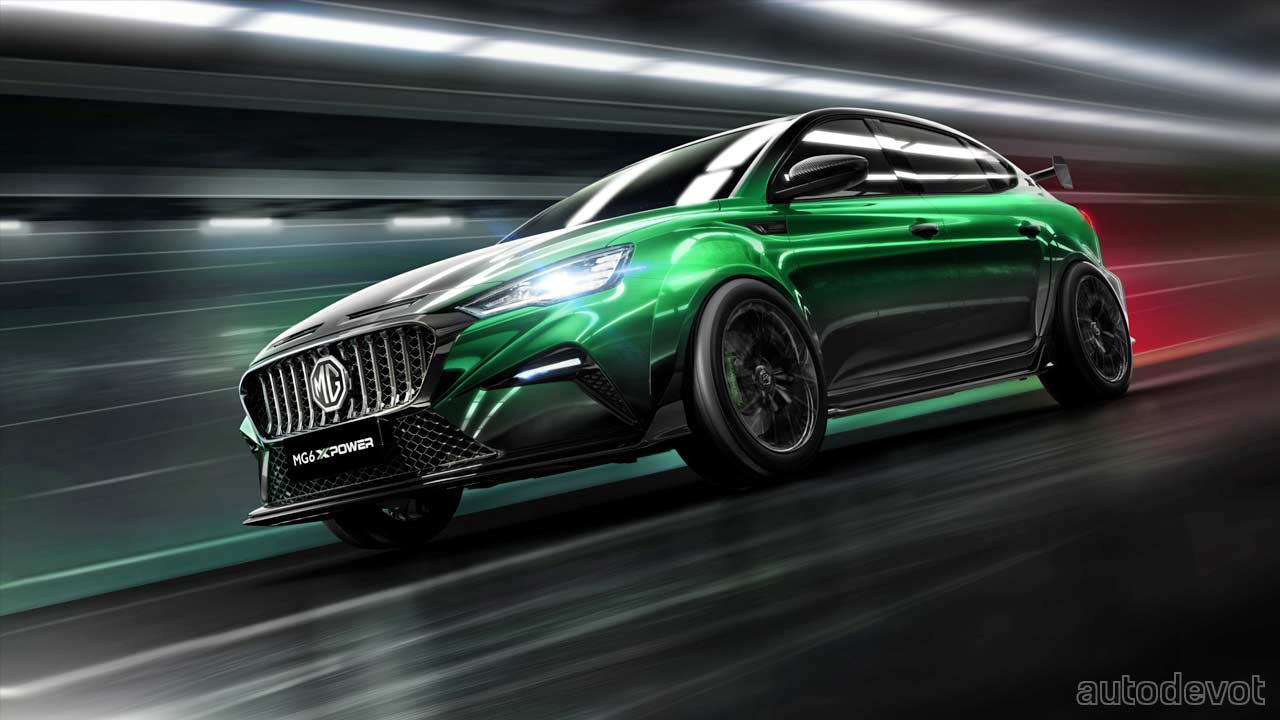 MG Motor has revealed a sportier version of the MG6 sedan named MG6 XPower for the international markets. It features a sporty body kit, a tuned suspension and a high-performance PHEV powertrain. 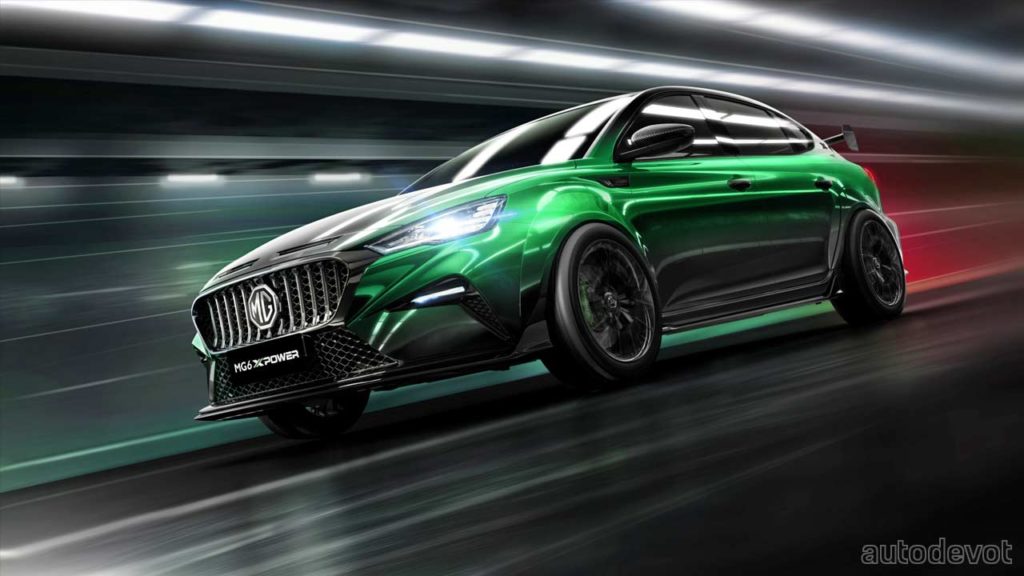 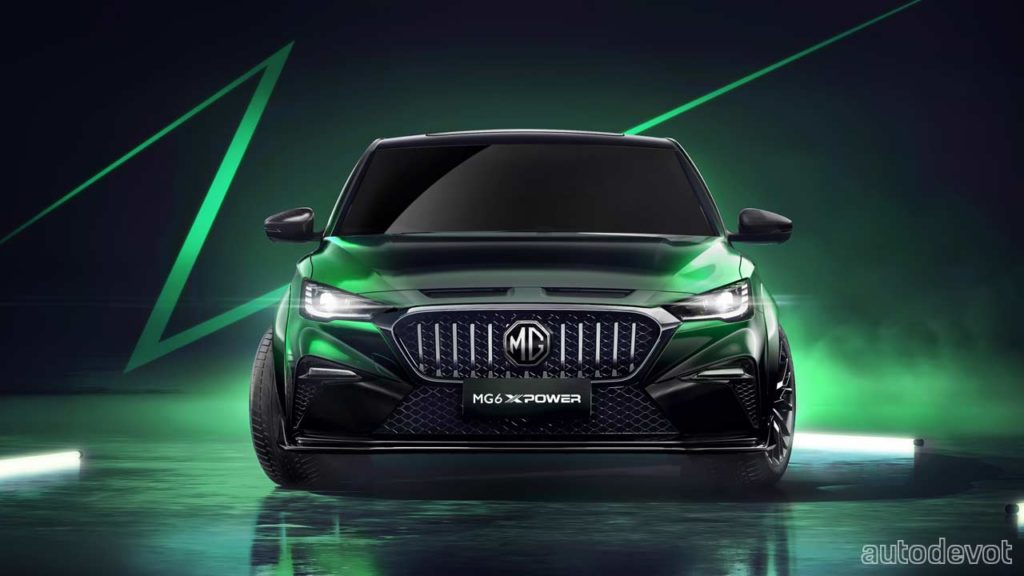 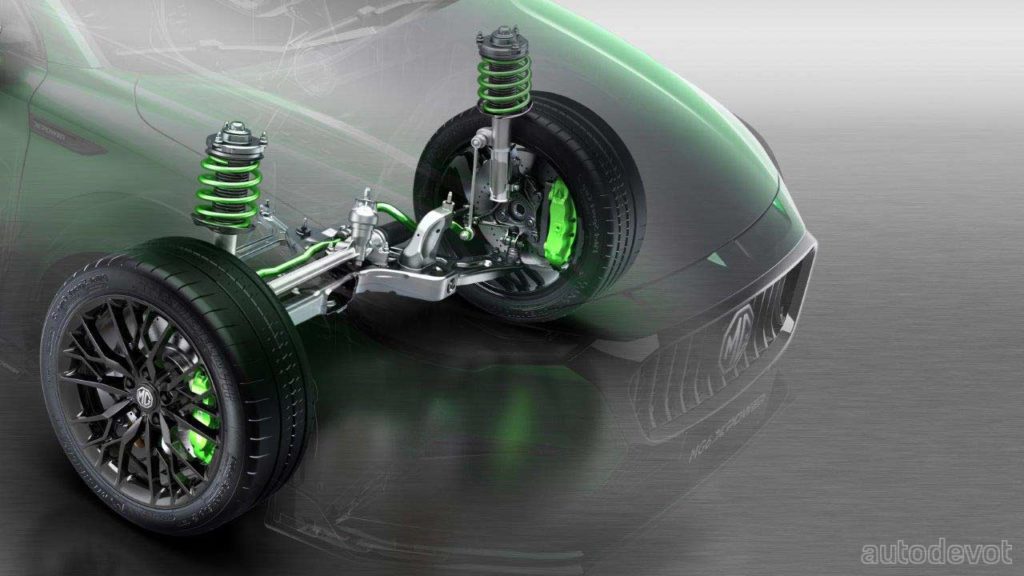 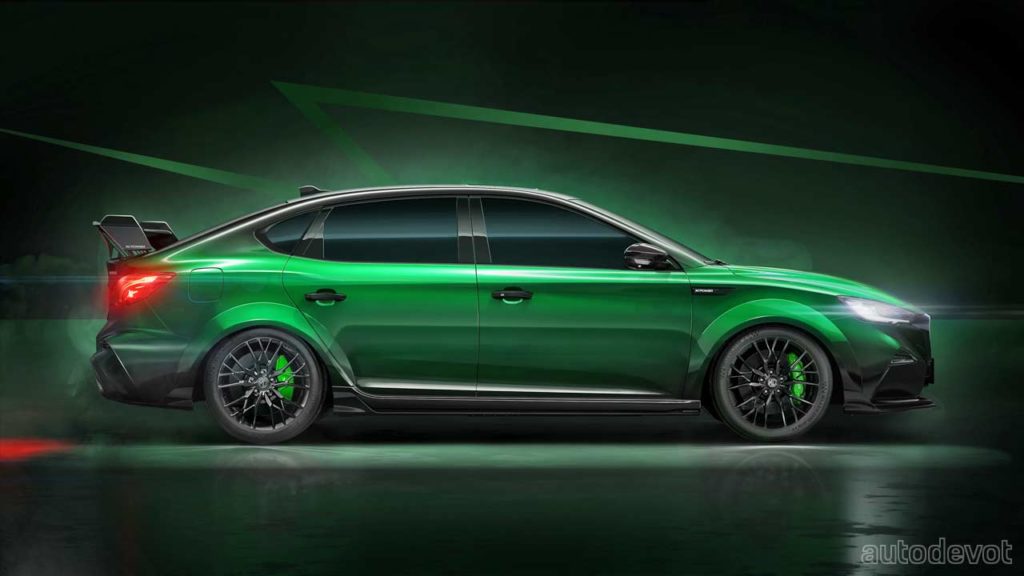 Indeed, the Xpower looks a lot more sporty compared to the regular MG6, so much so that it now looks even more German; not that the regular already didn’t. Its front fascia looks especially stunning with two additional vents over the grille. On the side, the flared wheel arches look a little bit ricey in my opinion, and so is that massive wing at the rear. But the good thing is that I’m told the wing is made of carbon fibre. 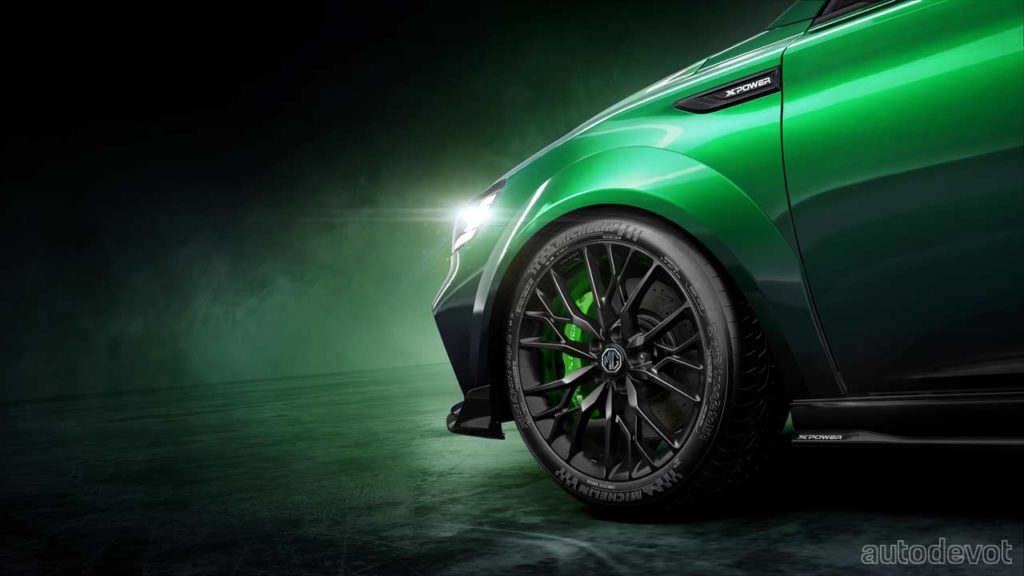 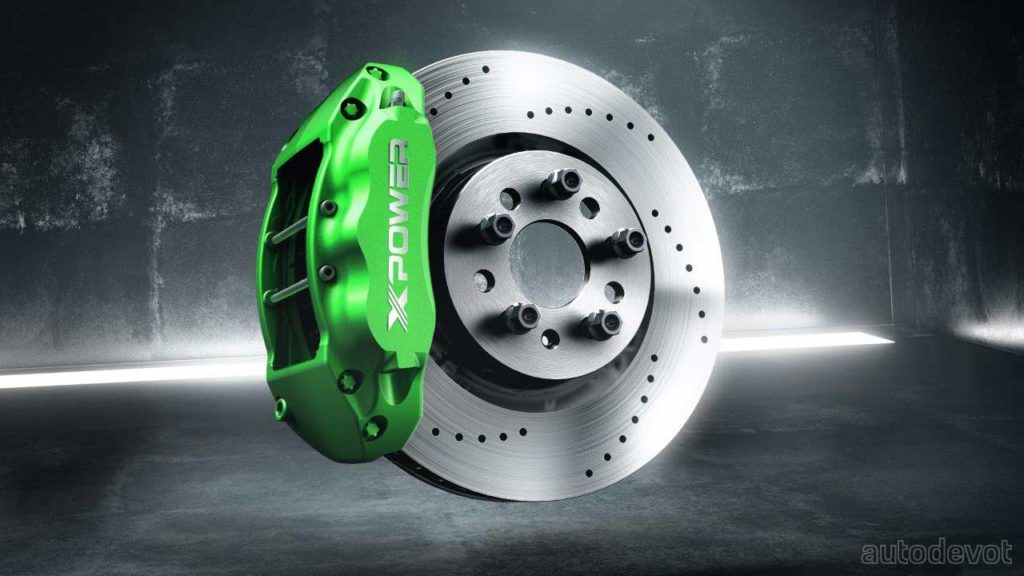 The wheels are wrapped with Michelin Pilot Sport Cup 2 tyres. MG further said that the suspension has been tweaked to offer improved rigidity and durability, and the car rides 10 mm lower. As for braking, the new model is equipped with racing-grade 920E 6-piston fixed calipers, which according to the company, are specially designed for the Xpower family. 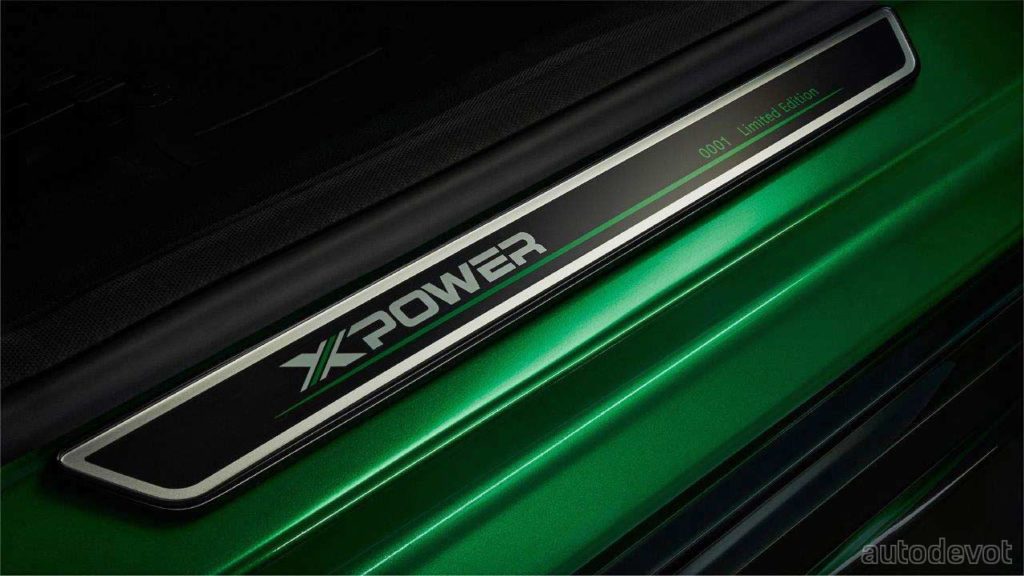 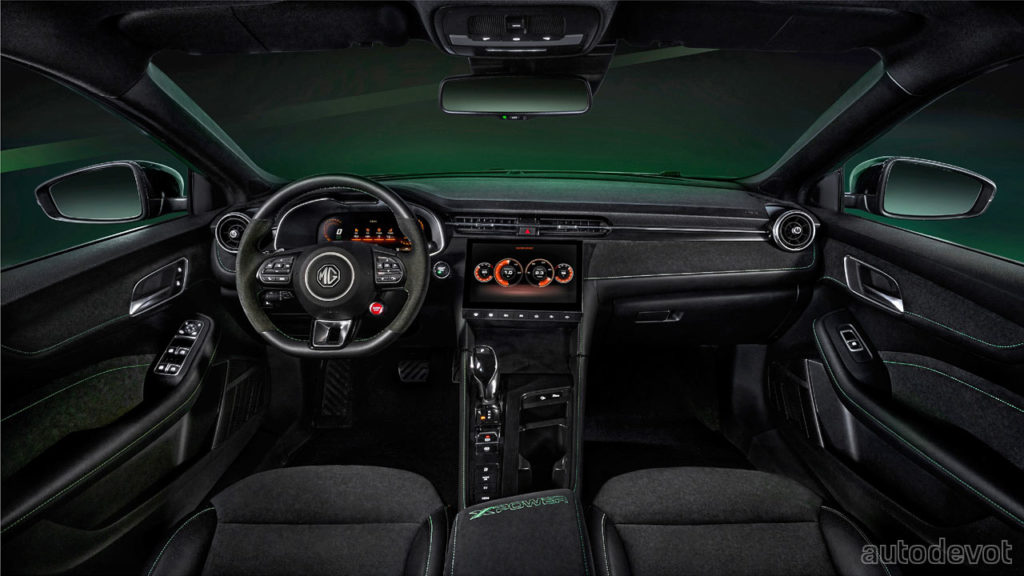 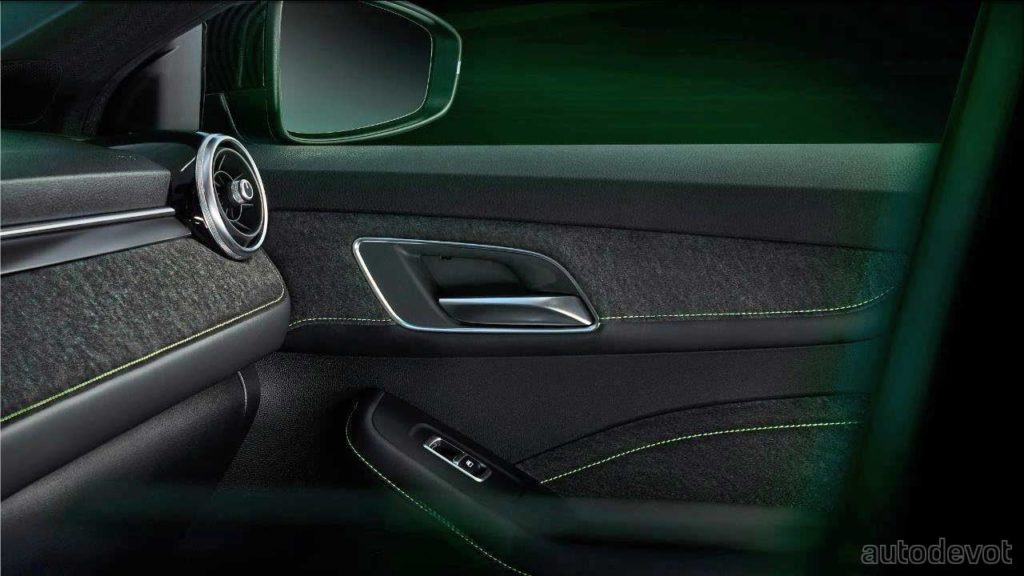 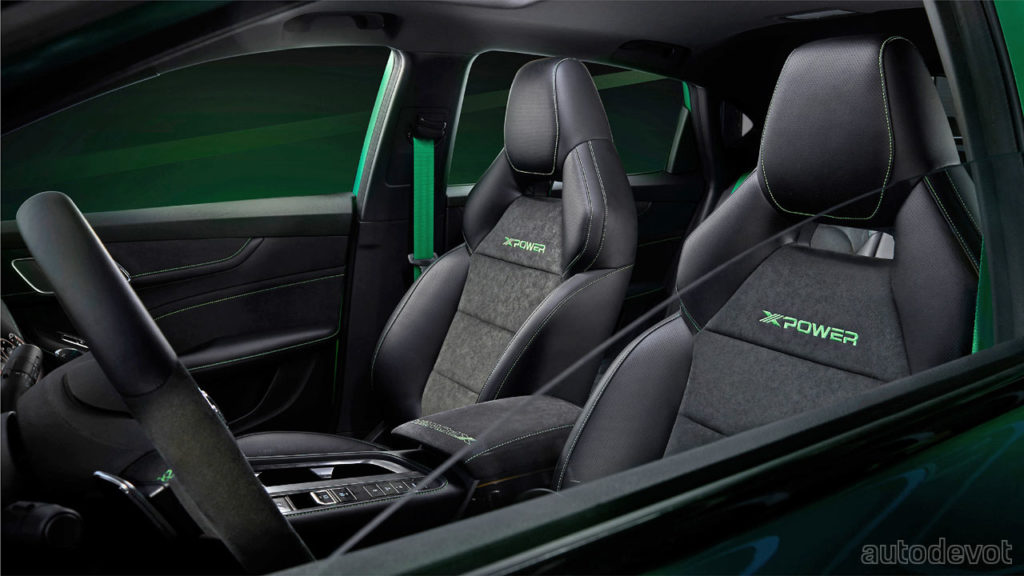 The cabin has been spiced up with leather, Alcantara, and green contrast stitching. The door sills, seat backrests, and the central armrest can be branded with the Xpower logo. The door sill also carries the limited edition number. 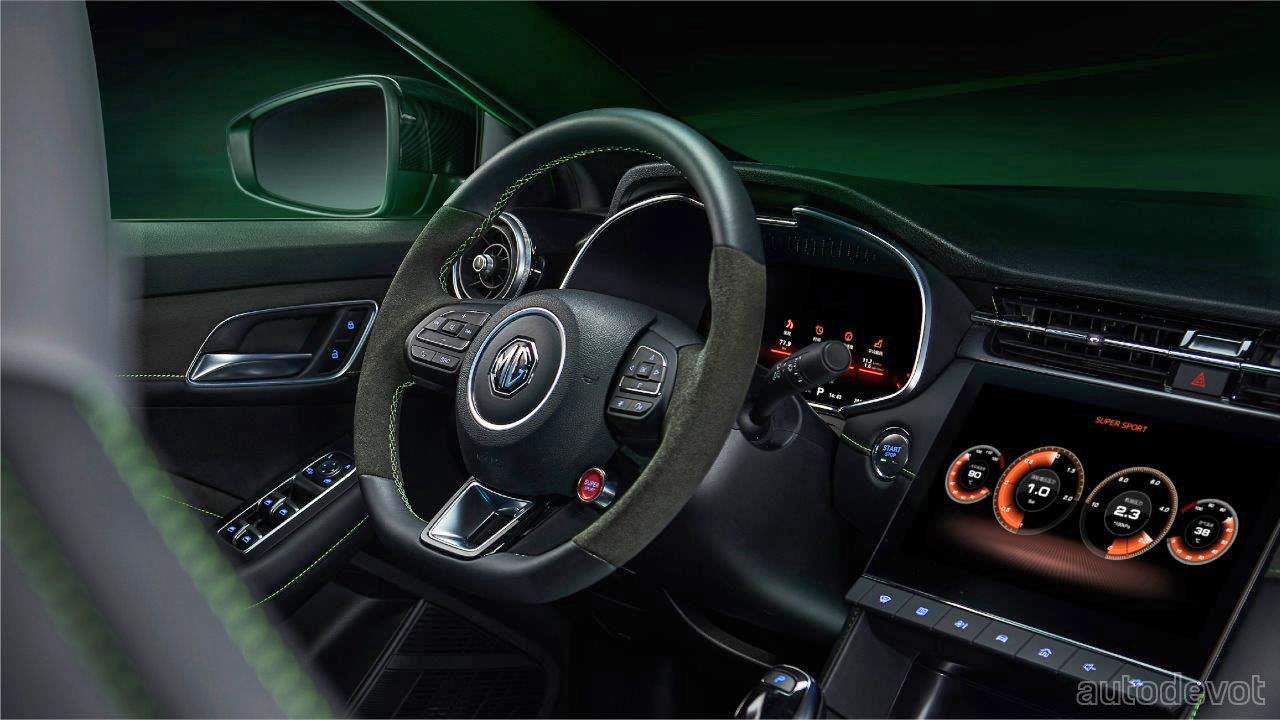 The MG6 XPower is powered by a 1.5-litre 4-cylinder turbocharged petrol engine — co-developed with GM, combined with a permanent magnet synchronous motor and a 10-speed EDU transmission. The combined output is 224 kW (305 metric hp) and 480 Nm (354 lb-ft) of torque, good for a 0-100 km/h (62 mph) sprint time of 6 seconds. For those who are scratching their heads (including me), the following is an official explanation on the EDU thing —

The petrol engine’s drive torque is transmitted by a 6-speed automatic gearbox, while the electric motor transmits the power through an electronic drive unit with four gears. Together, they form a 10-speed automatic gearbox, enabling the vehicle to choose the ideal gear and change gear smoothly and rapidly, ensuring above-average efficiency in all conditions.