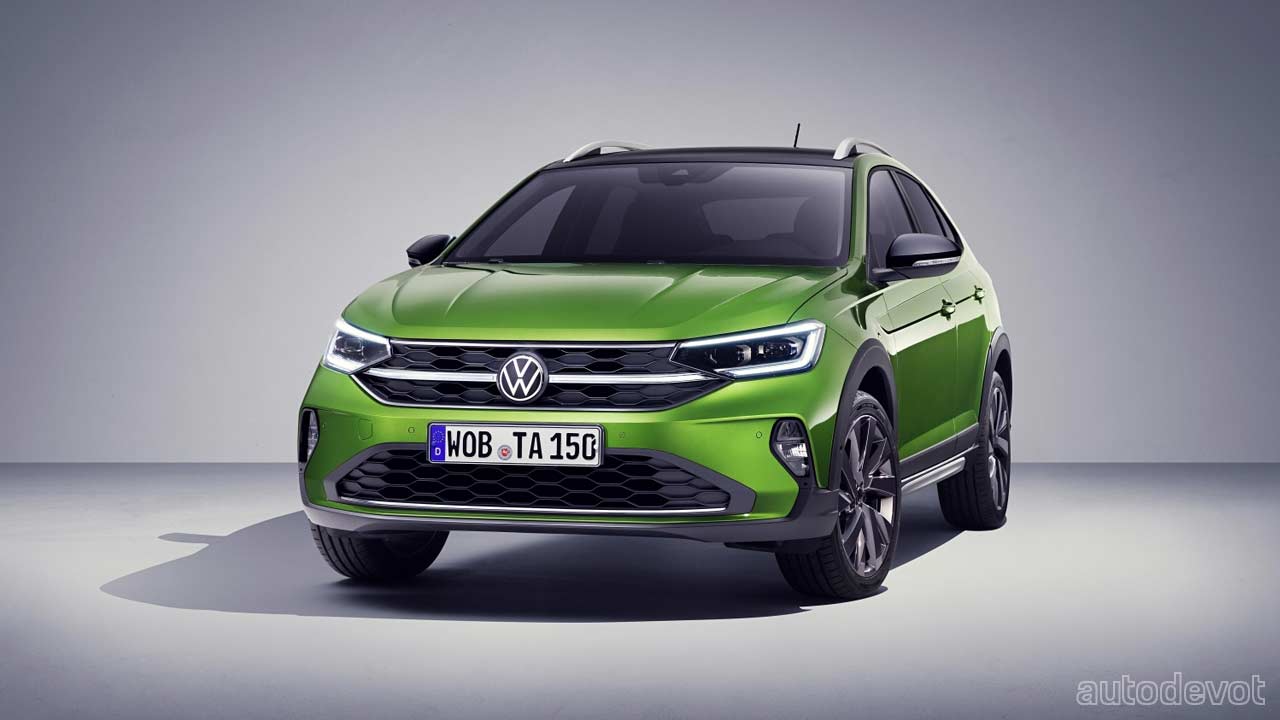 Volkswagen has revealed the Taigo coupe-SUV for the European markets, expected to go on sale by the end of this year. The crossover has already been listed on VW UK and Germany official websites. The Taigo might look familiar because it is essentially a European version of the Nivus that is on sale in Latin American markets. 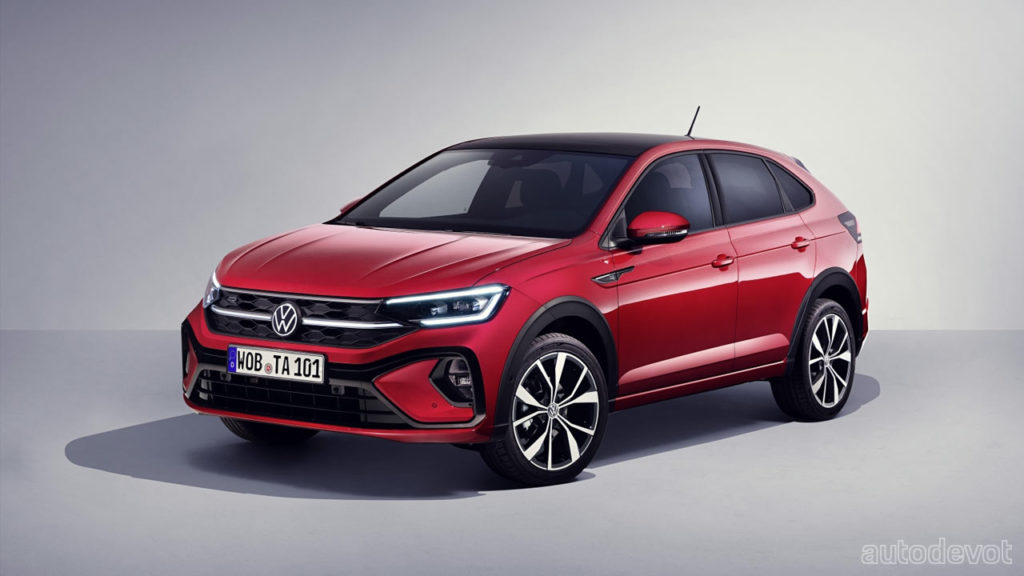 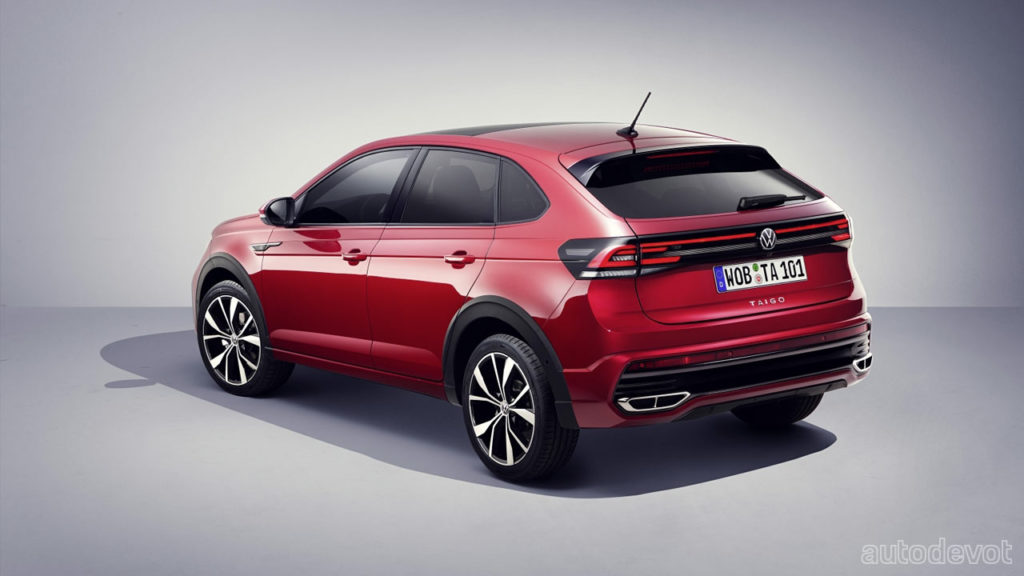 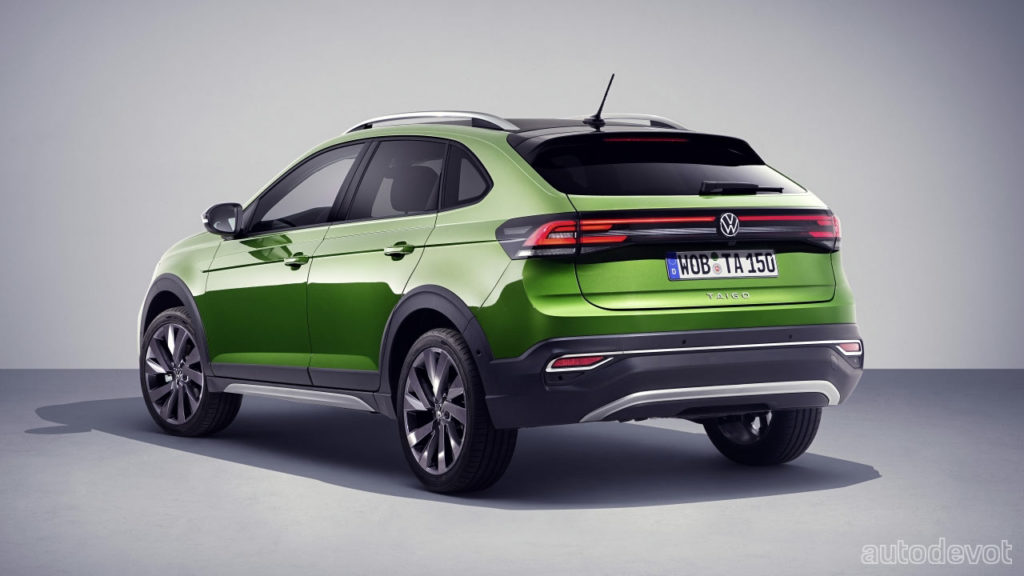 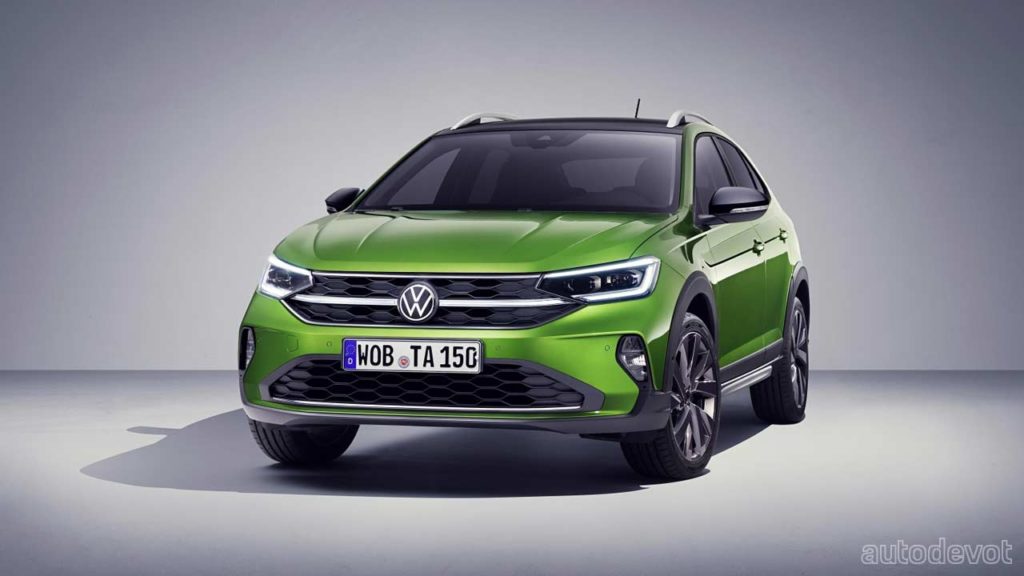 However, there are some subtle differences, such as the grille pattern, taillights with a continuous light strip, and wheel designs. The photos here showcase the Style and R-Line trims. The standard LED headlights can be upgraded to IQ.Light Matix LEDs. That light strip on the front grille is also an option. 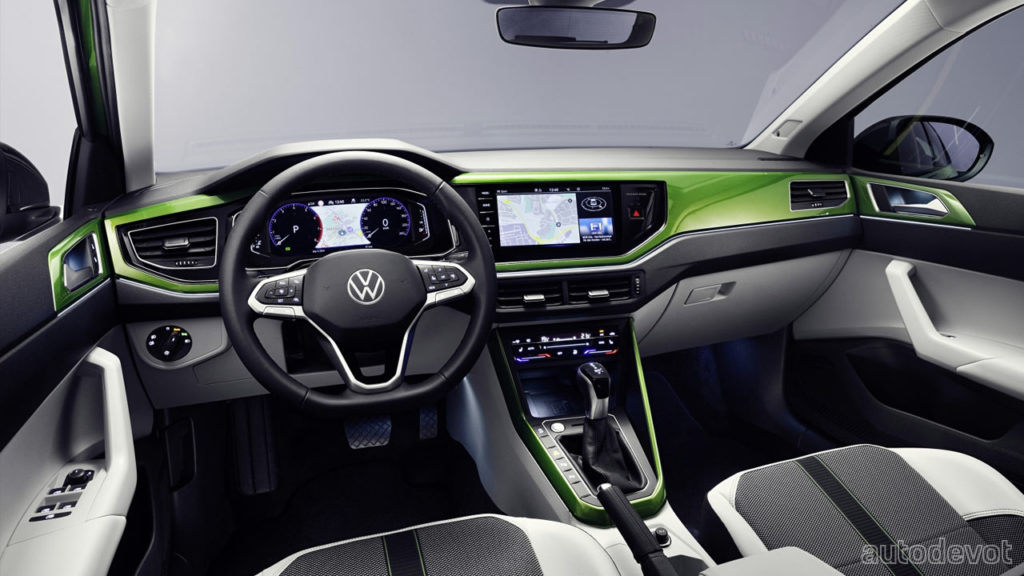 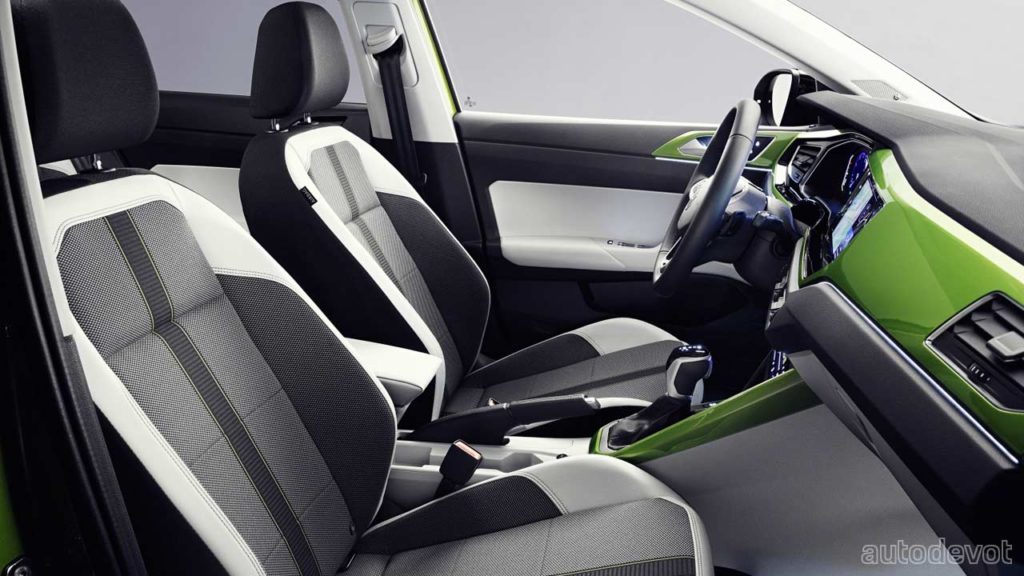 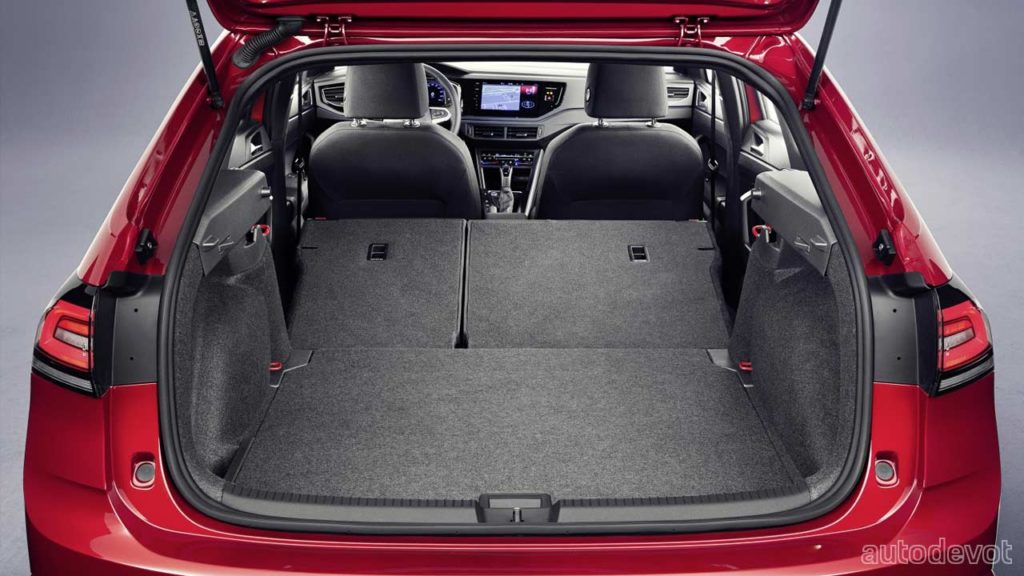 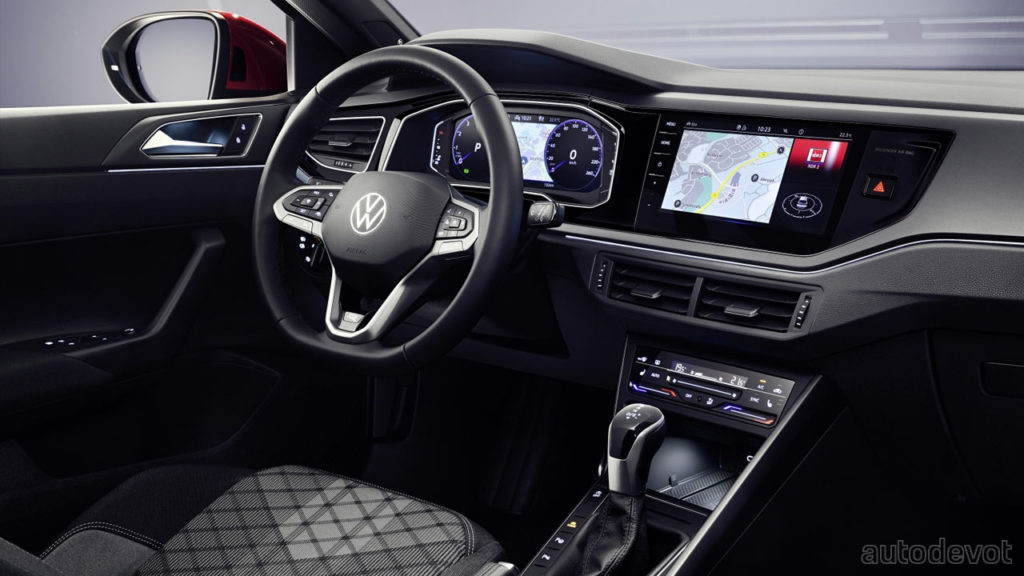 The cabin looks fairly identical to the Nivus. Features include a 10.2-inch digital cockpit (8.0-inch standard); a large central touchscreen with an eSIM for connectivity; a two-tone theme depending on the trim, and so on. As for ADAS, the Taigo comes with Front Assist and Lane Assist as standard. The IQ.Drive Travel Assist is an optional extra, enabling semi-automated driving up to a limited top speed of 210 km/h (130.5 mph). 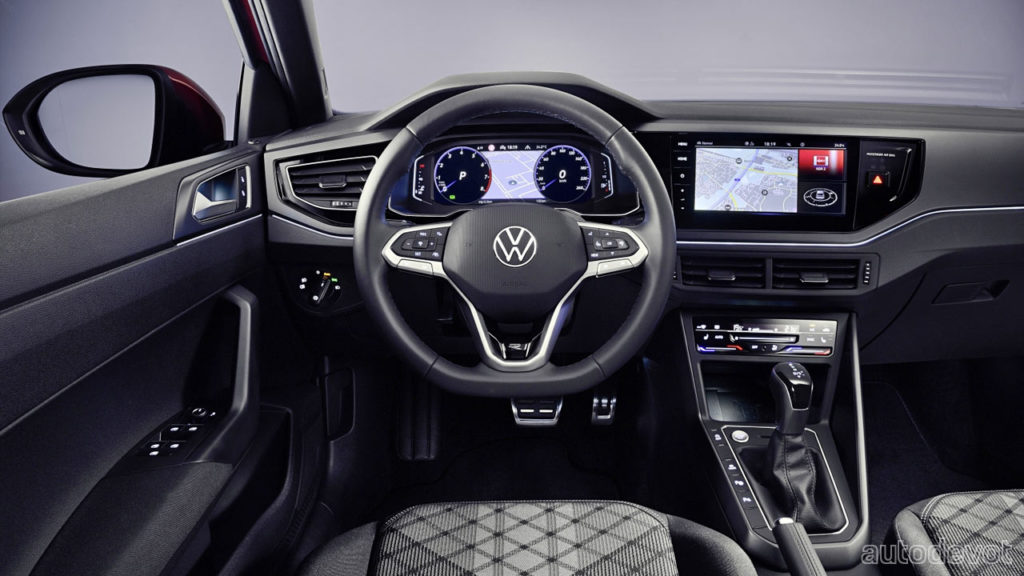 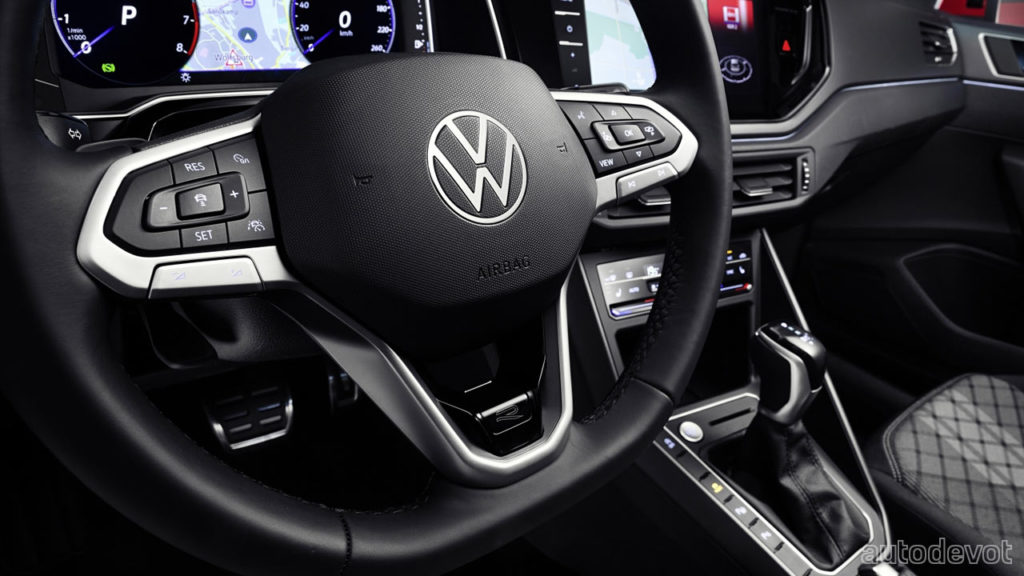 As for the juicy bits, the Taigo will most likely offer a choice between 1.0L 3-cylinder TSI and 1.5L 4-cylinder TSI petrol engines. Gearboxes depending on the engine/trim include a 5-speed manual, a 6-speed manual and a 7-speed DSG. 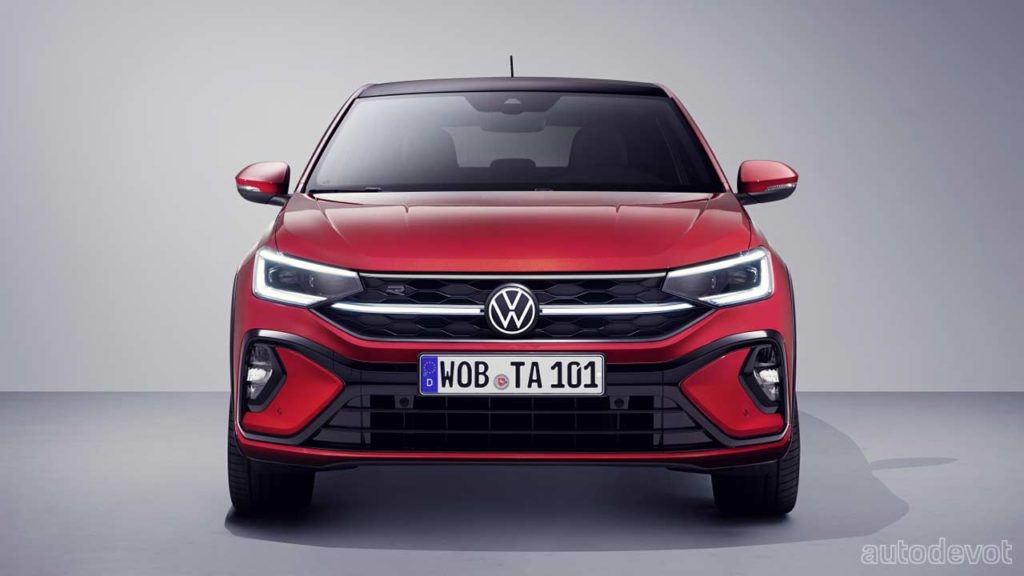 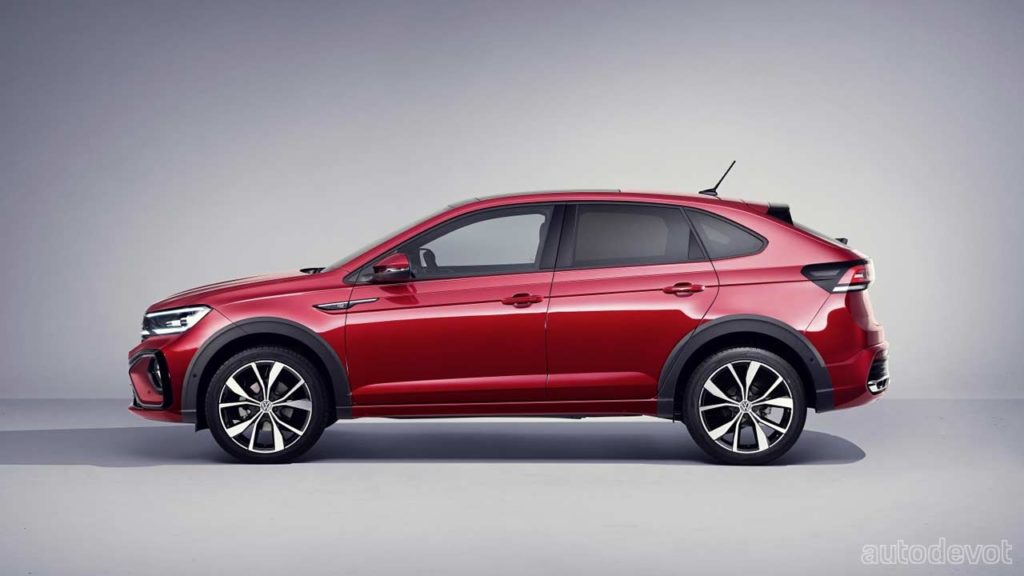 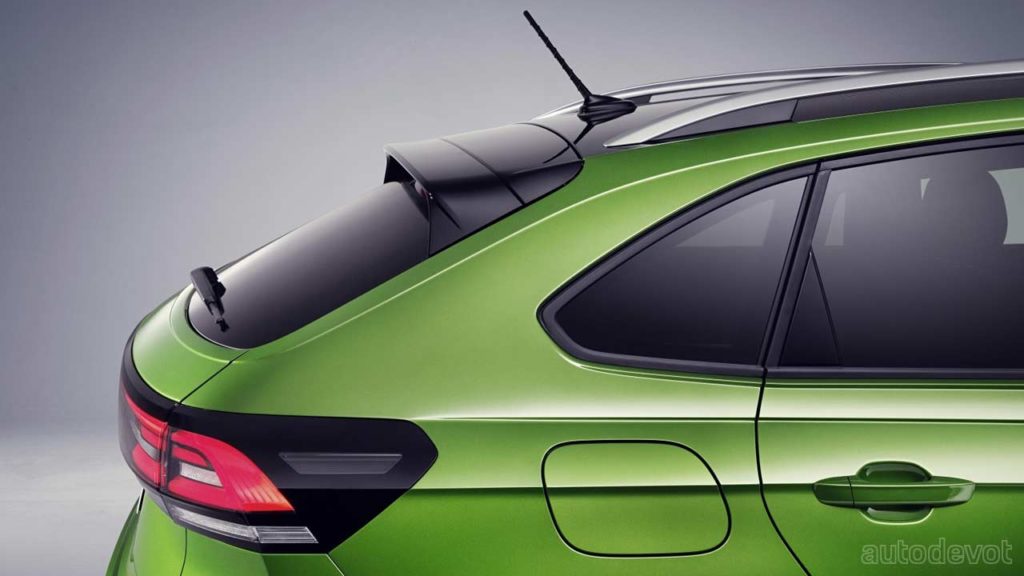 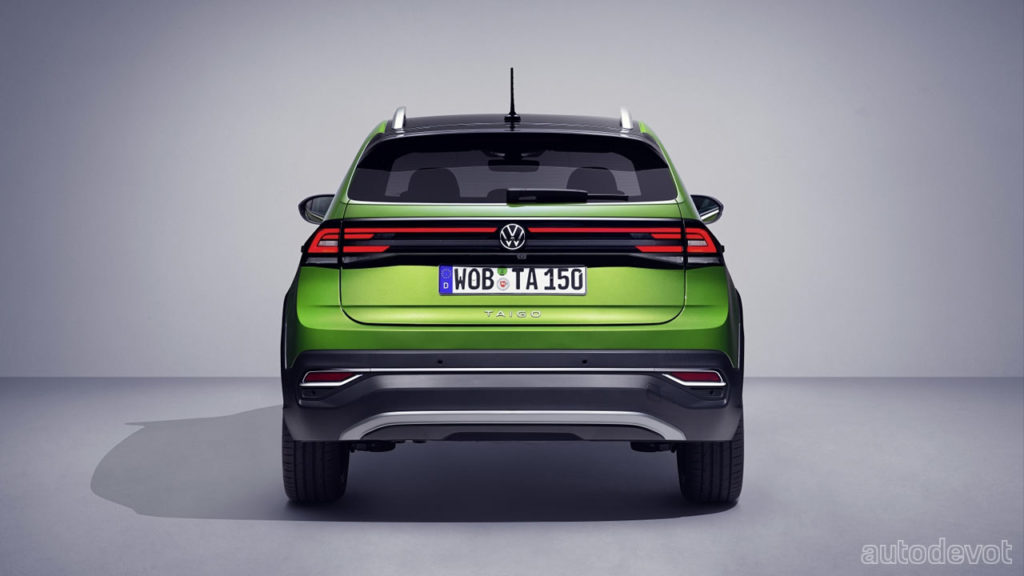 All gearboxes will drive the front wheels only and don’t expect an AWD system.