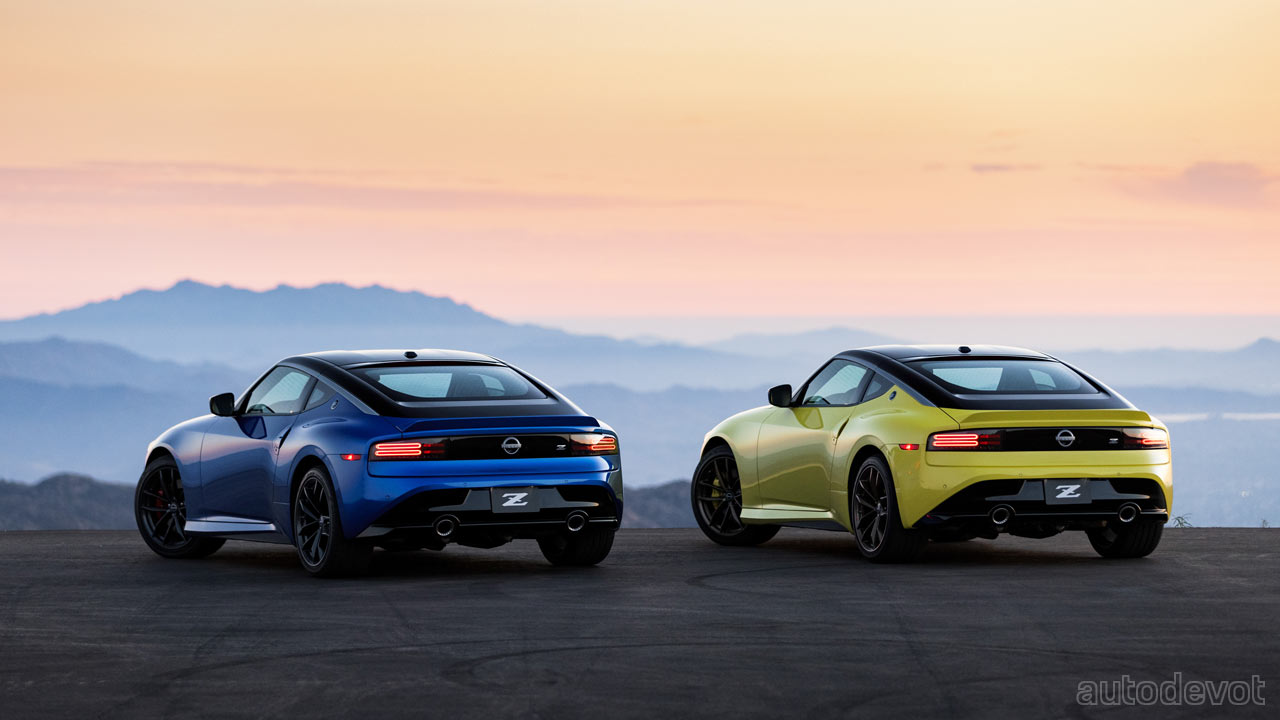 Nissan has revealed the production version of the Z Proto that debuted almost a year ago. The new Z is, of course, the successor of the 370Z, but it’s not gonna carry any prefix number; it is simply gonna be called the ‘Z’. In Japan, however, it’ll most likely be referred to as Fairlady Z. Anyway, the photos here feature the American-spec models. Speaking of which, there’ll be three variants: Sport, Performance (Seiran Blue in the photos) and Proto Spec (Ikazuchi Yellow in the photos). 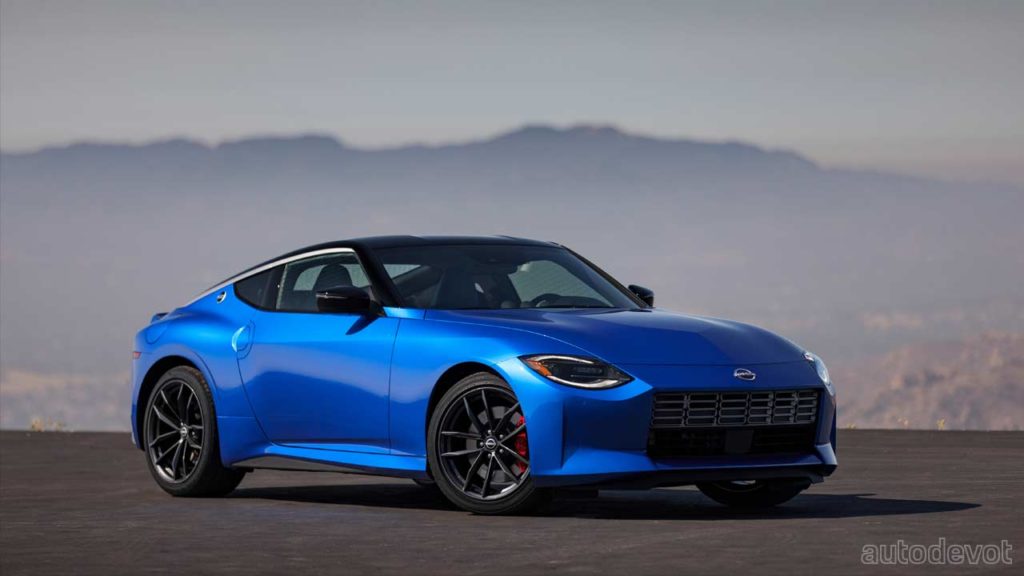 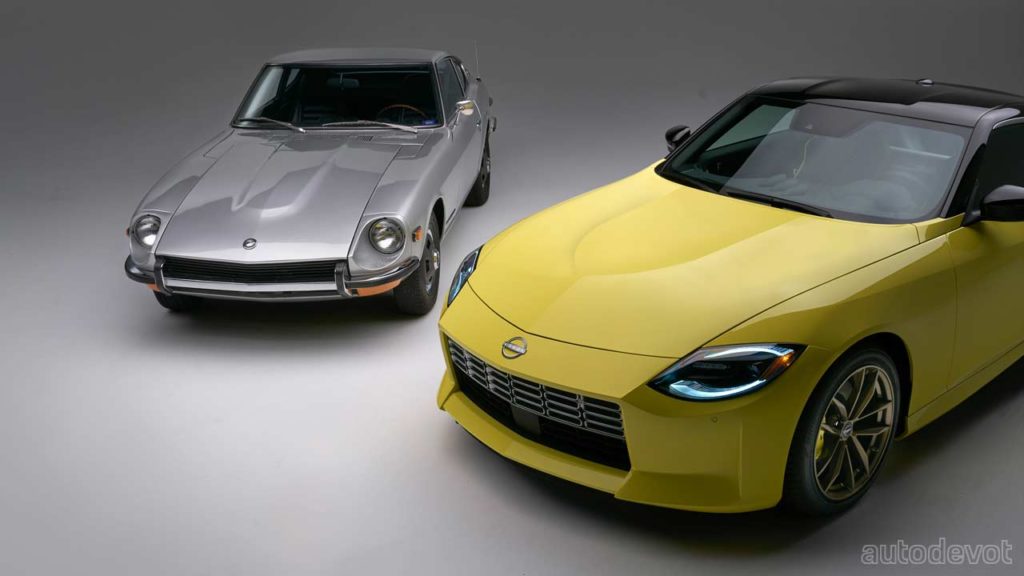 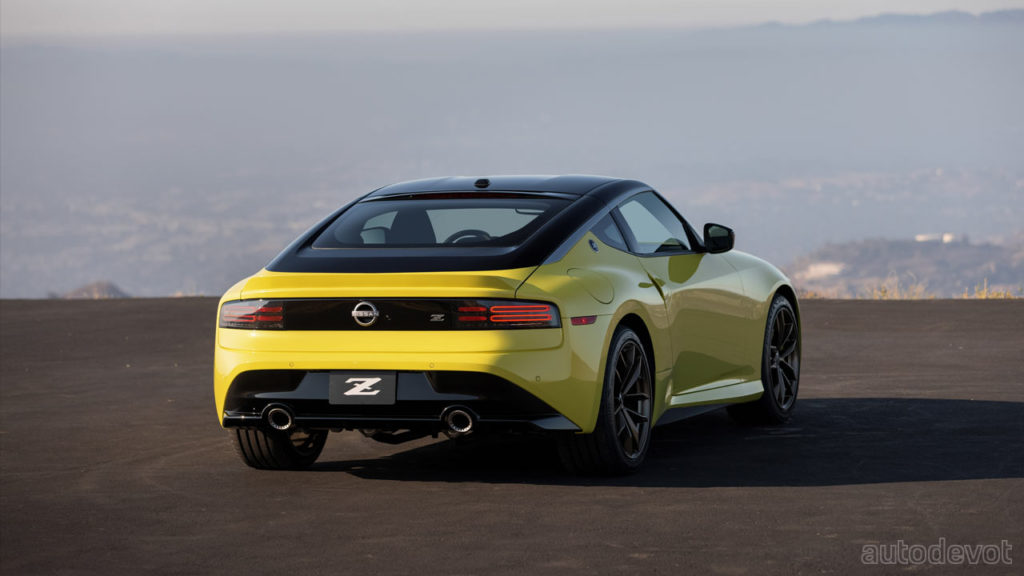 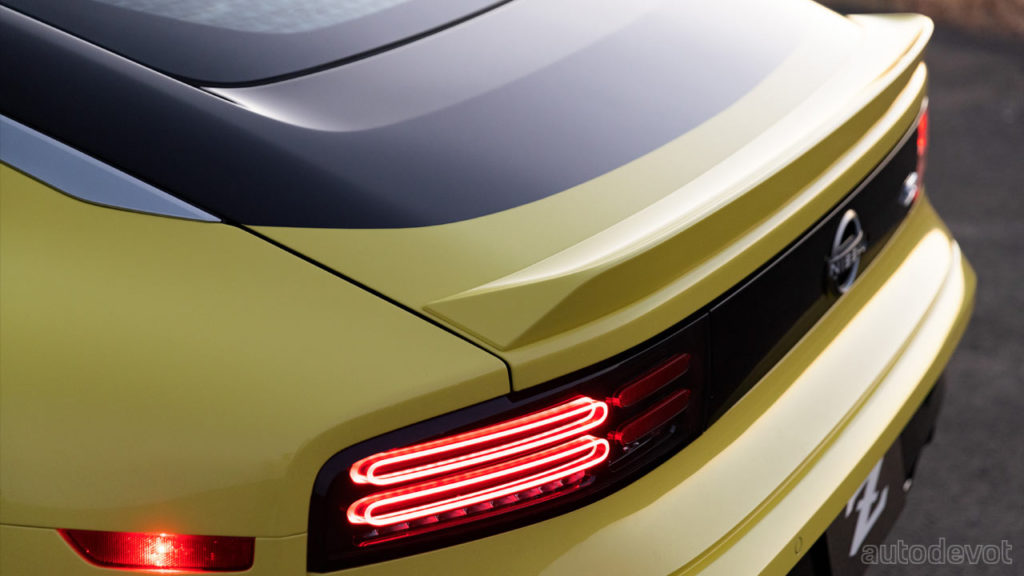 The new Z will go on sale in America in spring 2022 as a 2023 model. As for the styling, the Z retains all the elements from the last year’s prototype, including the Fairlady 240ZG-inspired retro headlights with two half-circle running lights and the Z32 300ZX-inspired taillights. Except for a roof fin and an integrated rear spoiler, I couldn’t find any other differences. Overall, the styling is clean and minimal.

The new Z will be available in three monotone and six two-tone exterior paint finishes—including two new colors featured in this post—Seiran Blue and Ikazuchi Yellow—both combined with a Super Black roof. 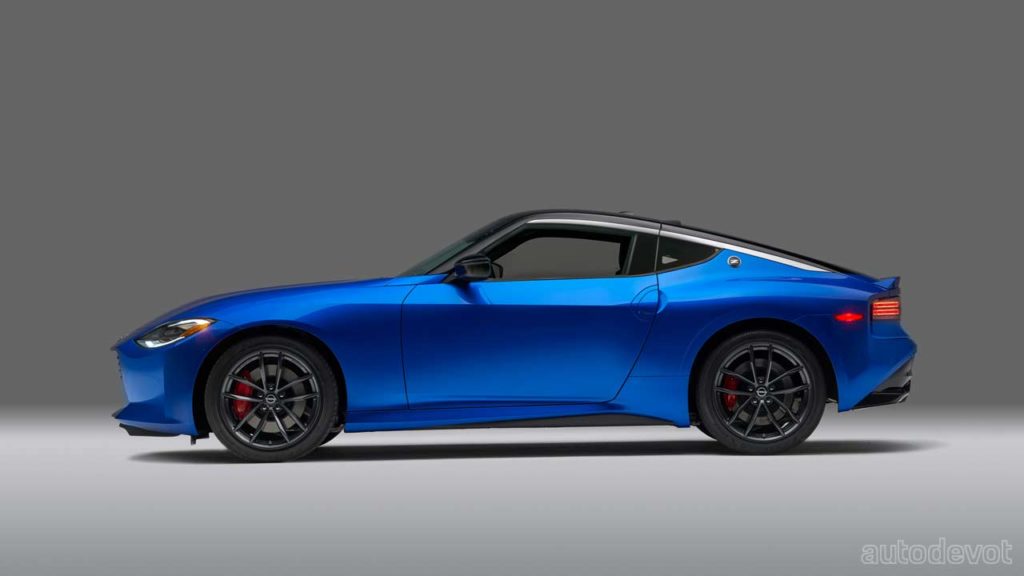 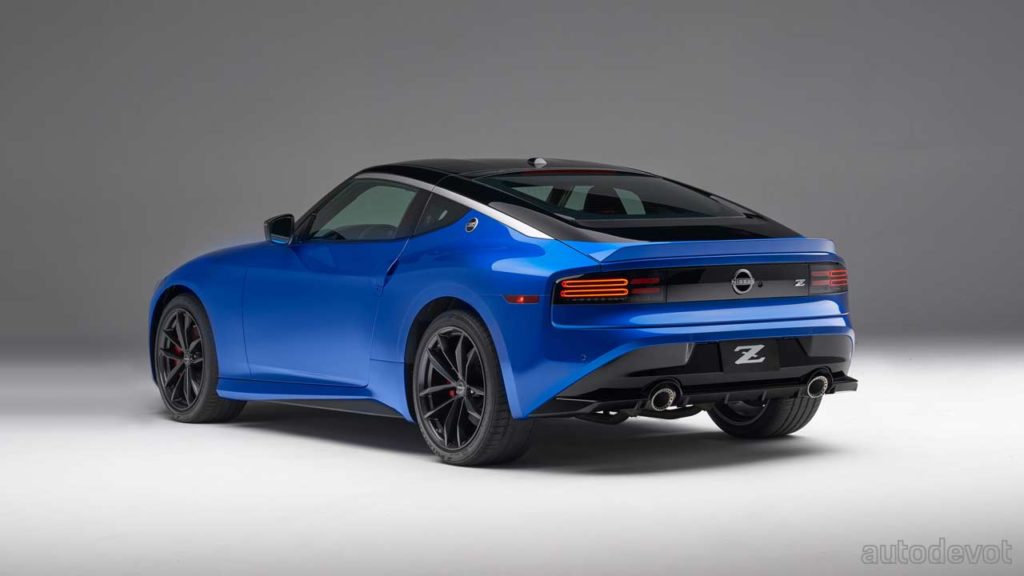 As for the suspension setup, Nissan said that both front and rear dampers use a new monotube design with a larger diameter than the outgoing 370Z, resulting in approximately 20% reduction in dampening force to help minimize impact shock over uneven surfaces, enhance on-road performance and improve handling. The aluminum double-wishbone at the front features new geometry, including caster angle which has been increased, aiding in straight-line stability. 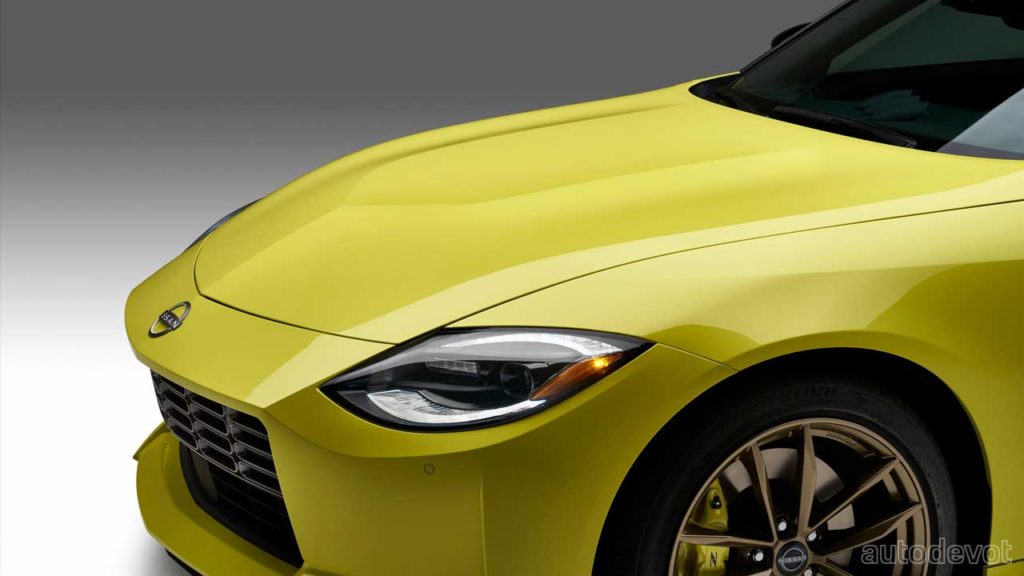 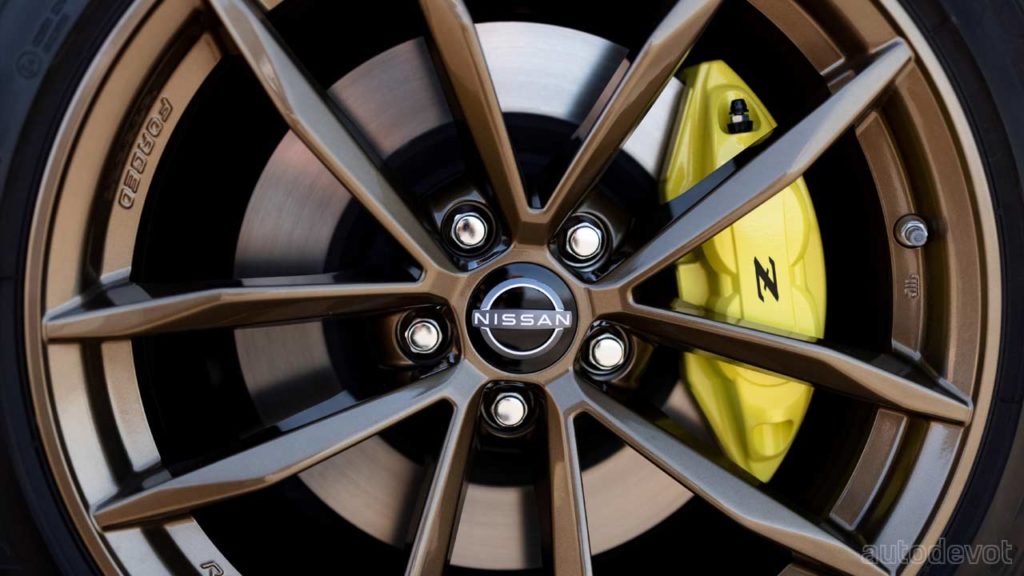 The Sport grade rides on 18-inch wheels wrapped with 245/45 tyres, while the Performance and Proto Spec ride on 19-inch ones wrapped with tyres measuring 275/35 at the rear and 255/40 at the front. In case you’re wondering, the Proto Spec is limited to 240 units and features exclusive bronze-colored aluminum-alloy wheels and yellow brake calipers with Z logo. 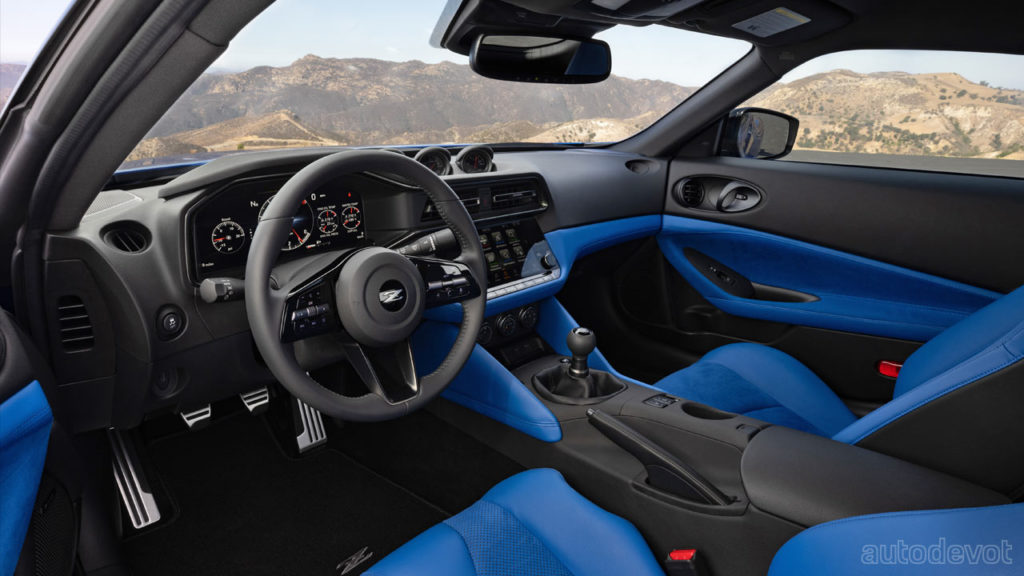 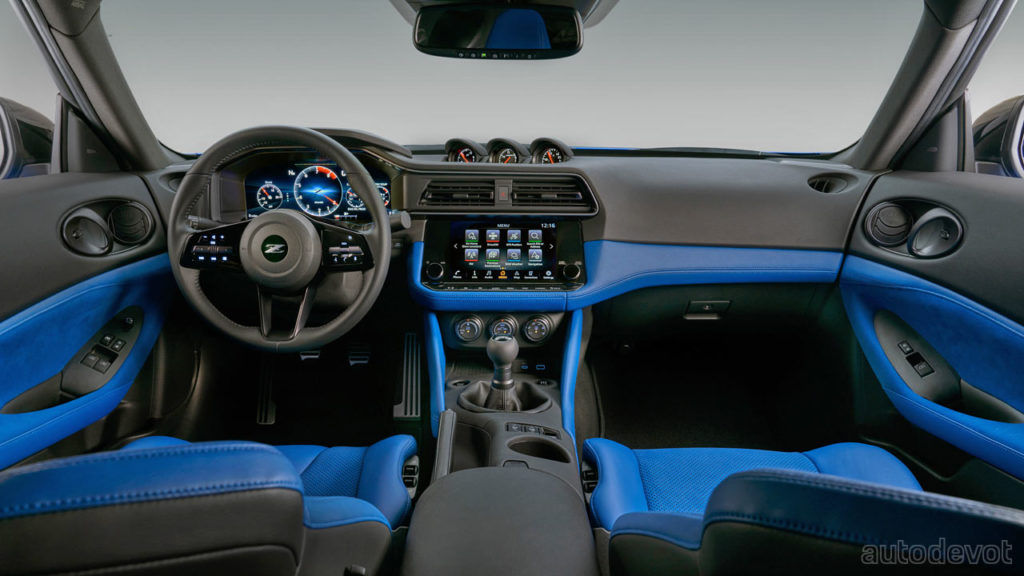 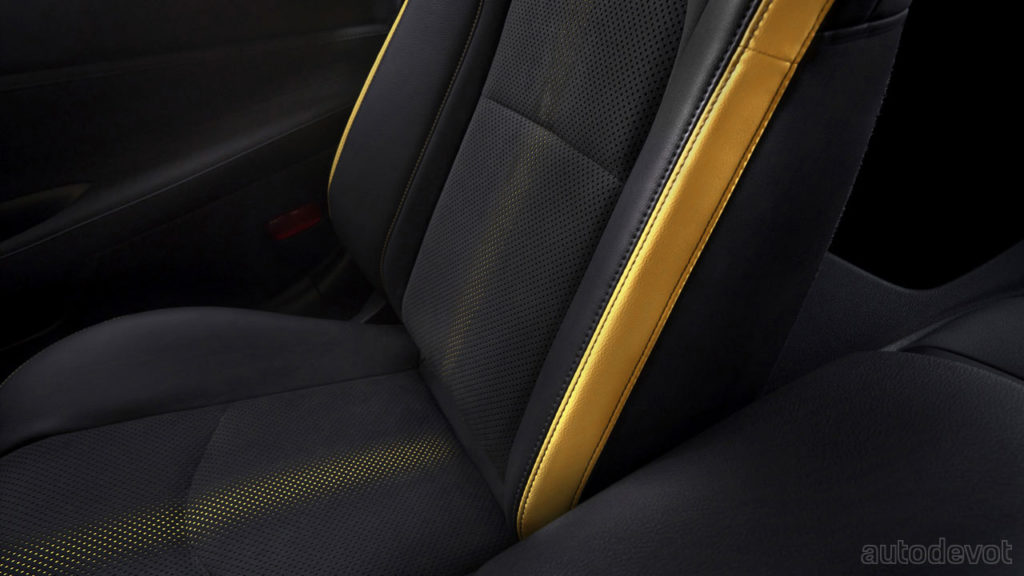 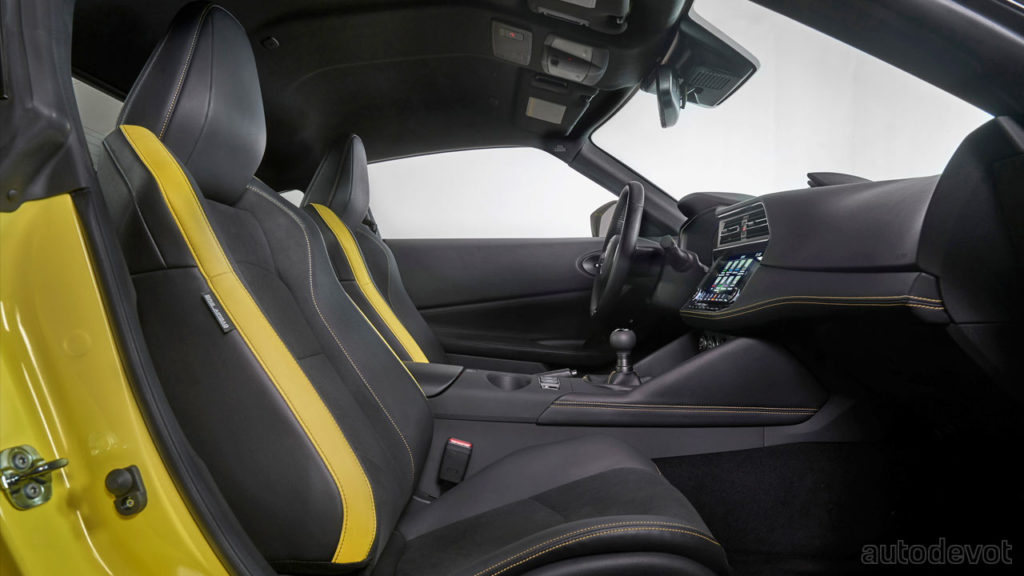 For the cockpit, three themes are available: Graphite, Red and Blue. And yes, the Proto Spec features yellow inserts on the seats with yellow contrast stitching; the stitching can also be found on the centre console and dashboard. Other highlights include a 12.3-inch driver display and an 8.0-inch central touchscreen. 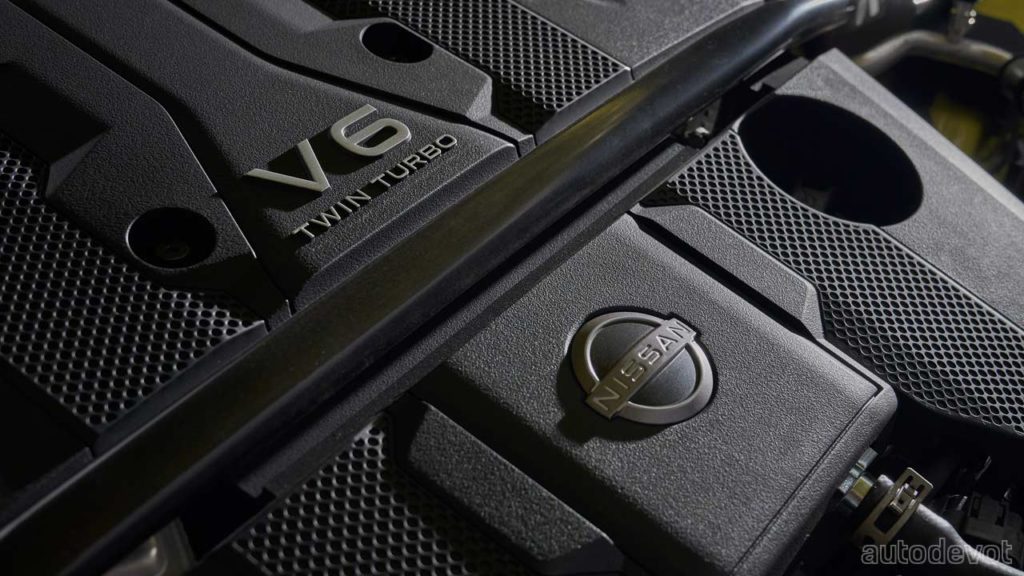 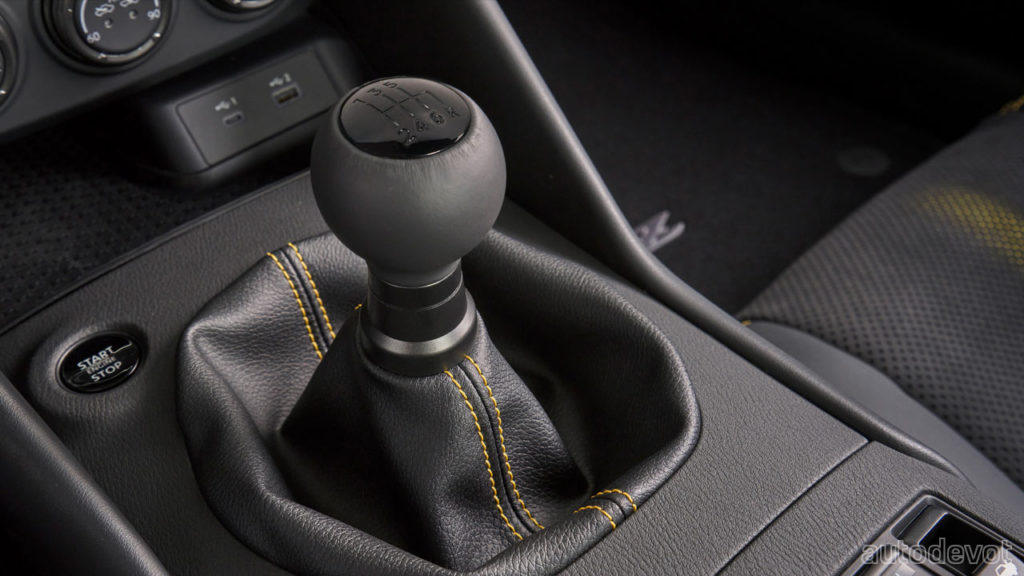 Moving on to the juicy bits of the story then, the new Z is powered by a VR30DDTT 3.0-litre twin-turbo V6 motor that develops 298 kW (405 metric hp) and 475 Nm (350 lb-ft) of torque. As standard, the engine is paired with a 6-speed manual transmission with Downshift Rev Matching, however, buyers can go for an optional 9-speed automatic that is claimed to offer a quick response thanks to its wide gear ratios. The driveshaft is made of carbon fibre, which is another highlight of the product. And the Performance grade is blessed with a mechanical clutch-type limited-slip differential.