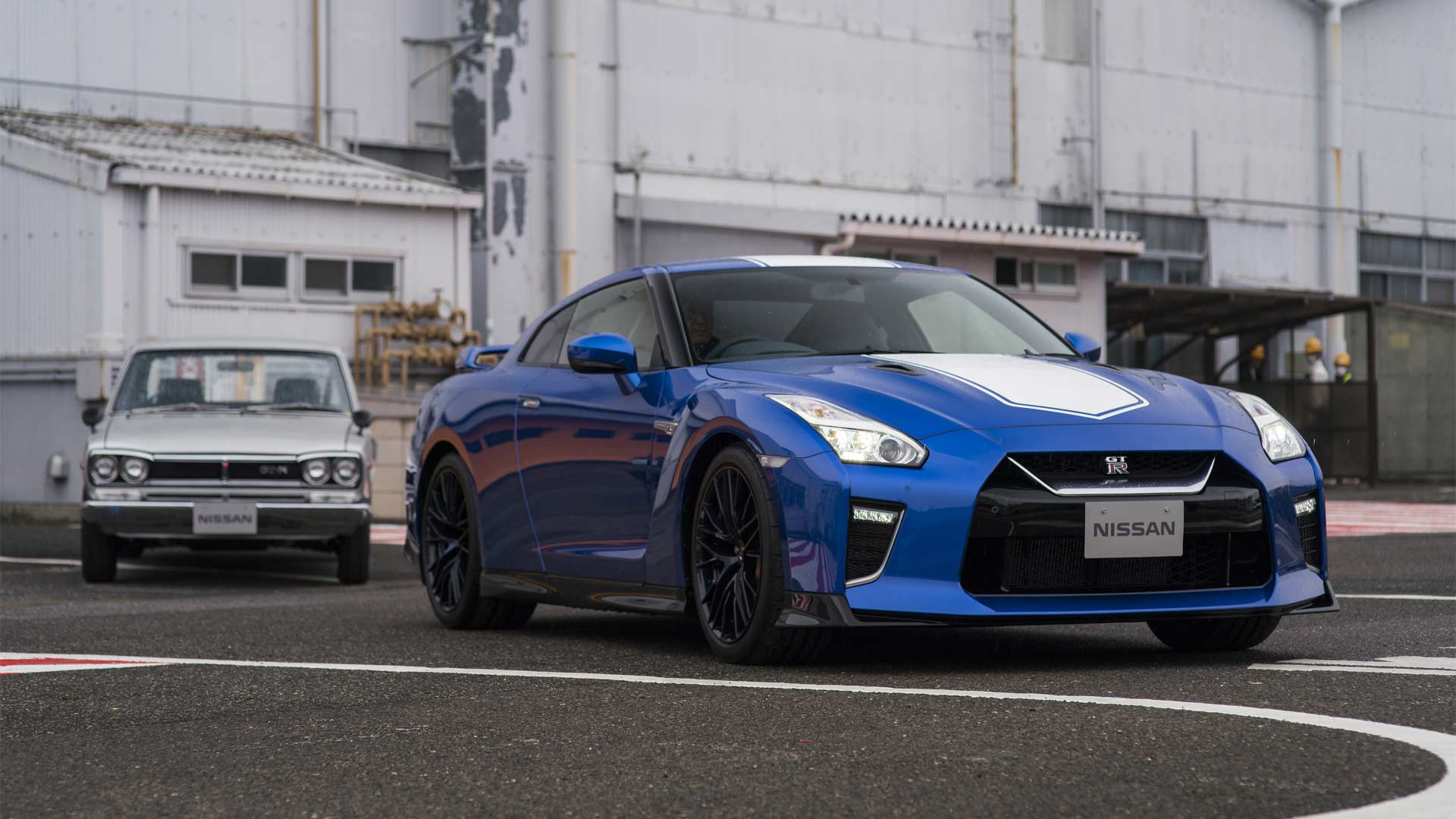 The Nissan GT-R 50th Anniversary Edition comes in two-tone exterior finish that is meant to represent the GT-R’s liveries from the Japan GP series – of which the original GT-R was born.

Retired since the GT-R “R34” model, Bayside (Wangan) Blue makes a return, complete with white racing stripes. A four-coat, double-heat treatment process ensures a vivid blue with striking highlights and deep shadows. Blue accents on the wheel spokes are among several fine touches made to celebrate the GT-R’s milestone. Pearl White with red stripes and Super Silver with white stripes round off the 50th Anniversary liveries. Inside, the 50th Anniversary Edition gets a special gray interior color scheme, which apparently is reminiscent of the atmosphere of the night sky after the twilight hour (the scheme is also available on select other 2020 GT-R models). Additional 50th anniversary features include a unique steering wheel and shift knob trim, special embossed seats, an Alcantara headliner with unique stitching, Alcantara-wrapped sun visors, and more. The 370Z is celebrating 50 years of the Z car with a special livery that pays homage to the #46 BRE (Brock Racing Enterprises) Datsun 240Z that won multiple SCCA National Championships with John Morton behind the wheel.

The 370Z 50th Anniversary Edition is available in two different paint schemes: white with red accents, or silver with black accents. Key BRE design cues include the two signature stripes on the side of the car and the painted trunk, hood, side mirrors and A-pillars in the accent color. The package also includes 50th Anniversary identification on the front fender, anniversary rear badging and special 19-inch alloy wheels with red accents. Inside, special touches include a 50th Anniversary steering wheel wrapped in Alcantara, with a center stripe. The leather and suede covered seats have unique stitching, graphics and the 50th Anniversary logo embossed into the backrests.

The 3.7-litre V6 offers 332 hp and 270 lb-ft (366 Nm) of torque. The special edition is also available as a 7-speed automatic with Downshift Rev Matching, paddle shifters and adaptive shift control that is apparently designed to offer quick, manual-like shifting when operated in manual mode, with a target time of 0.5 seconds between shifts. 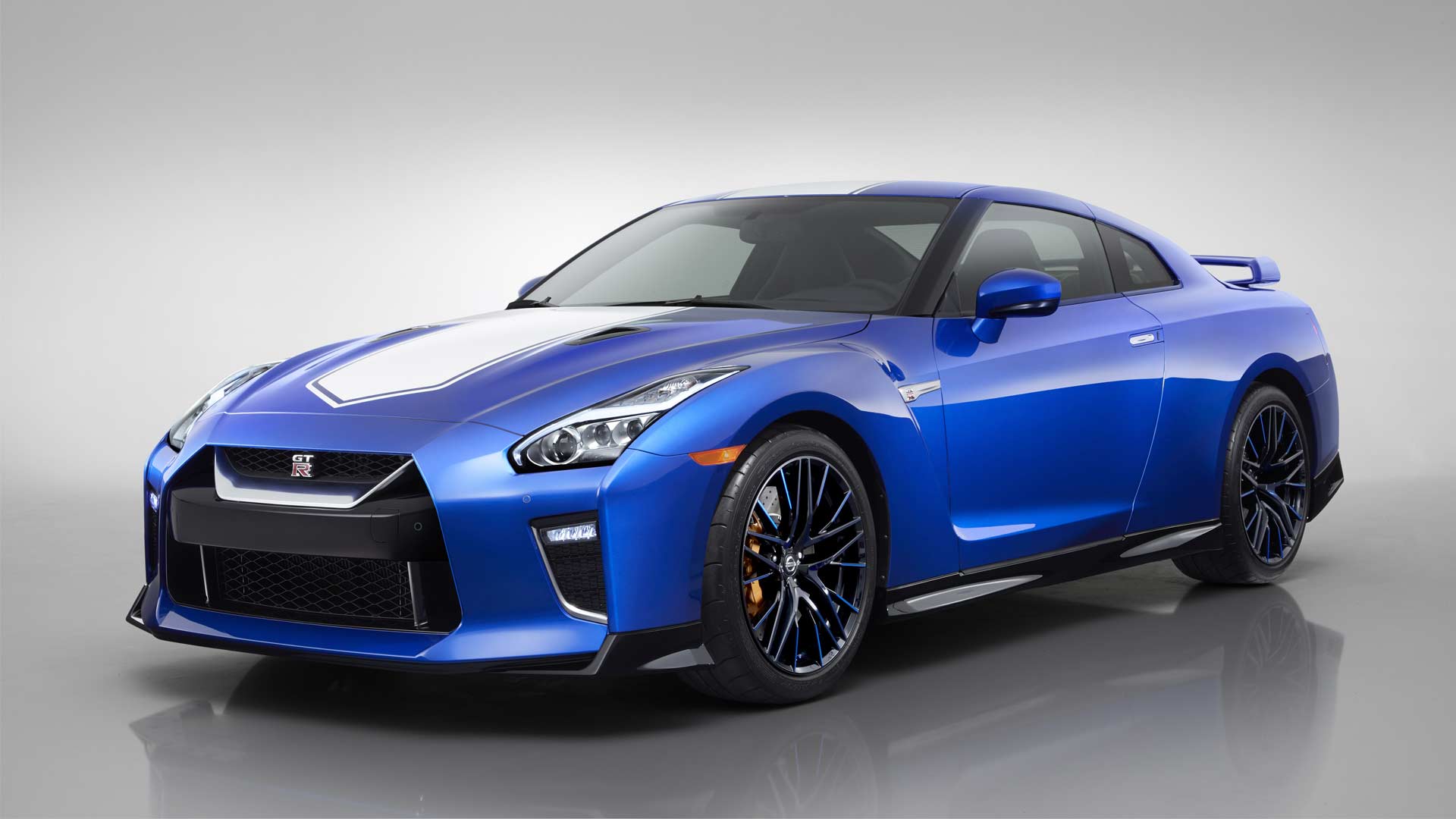 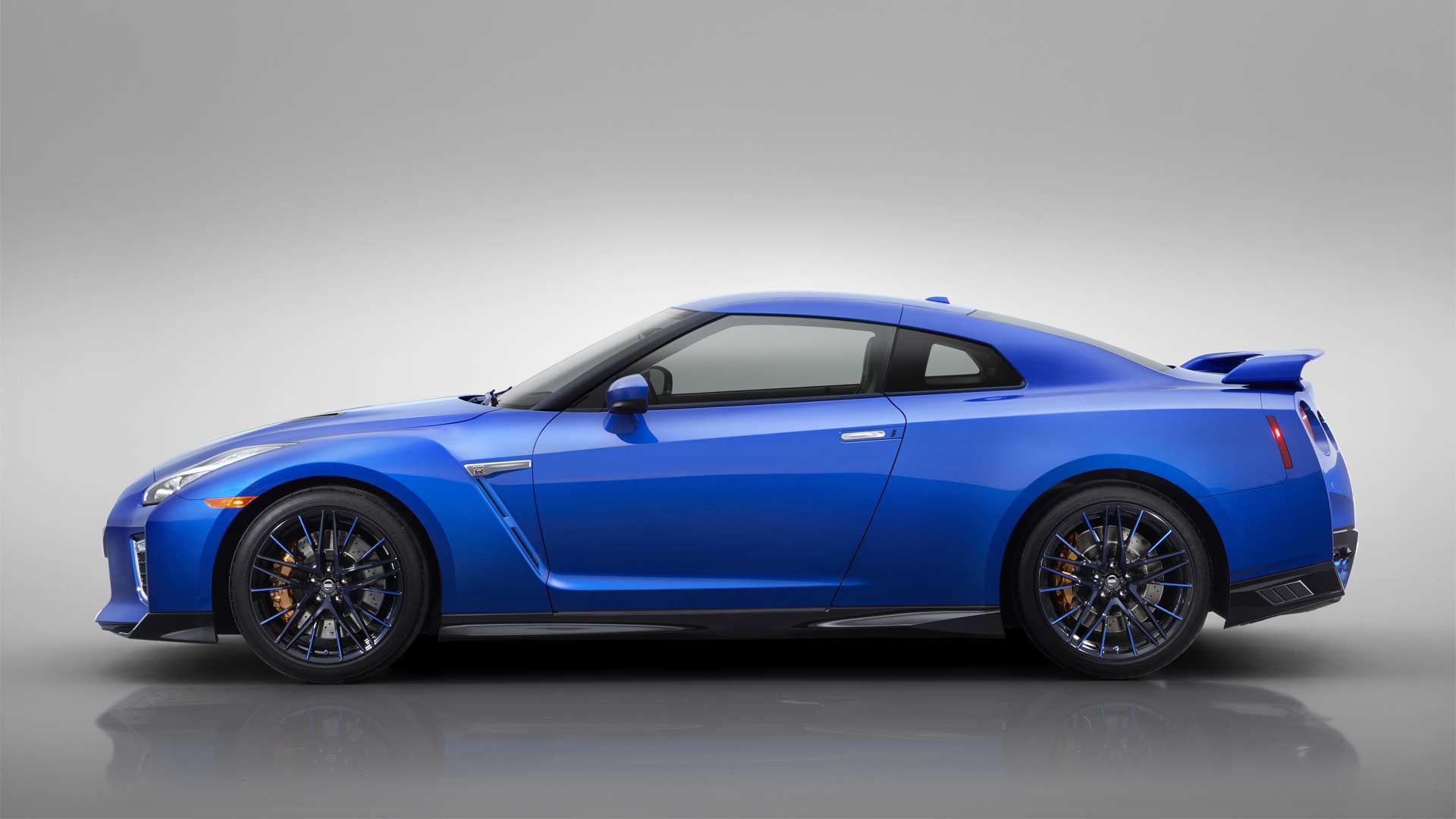 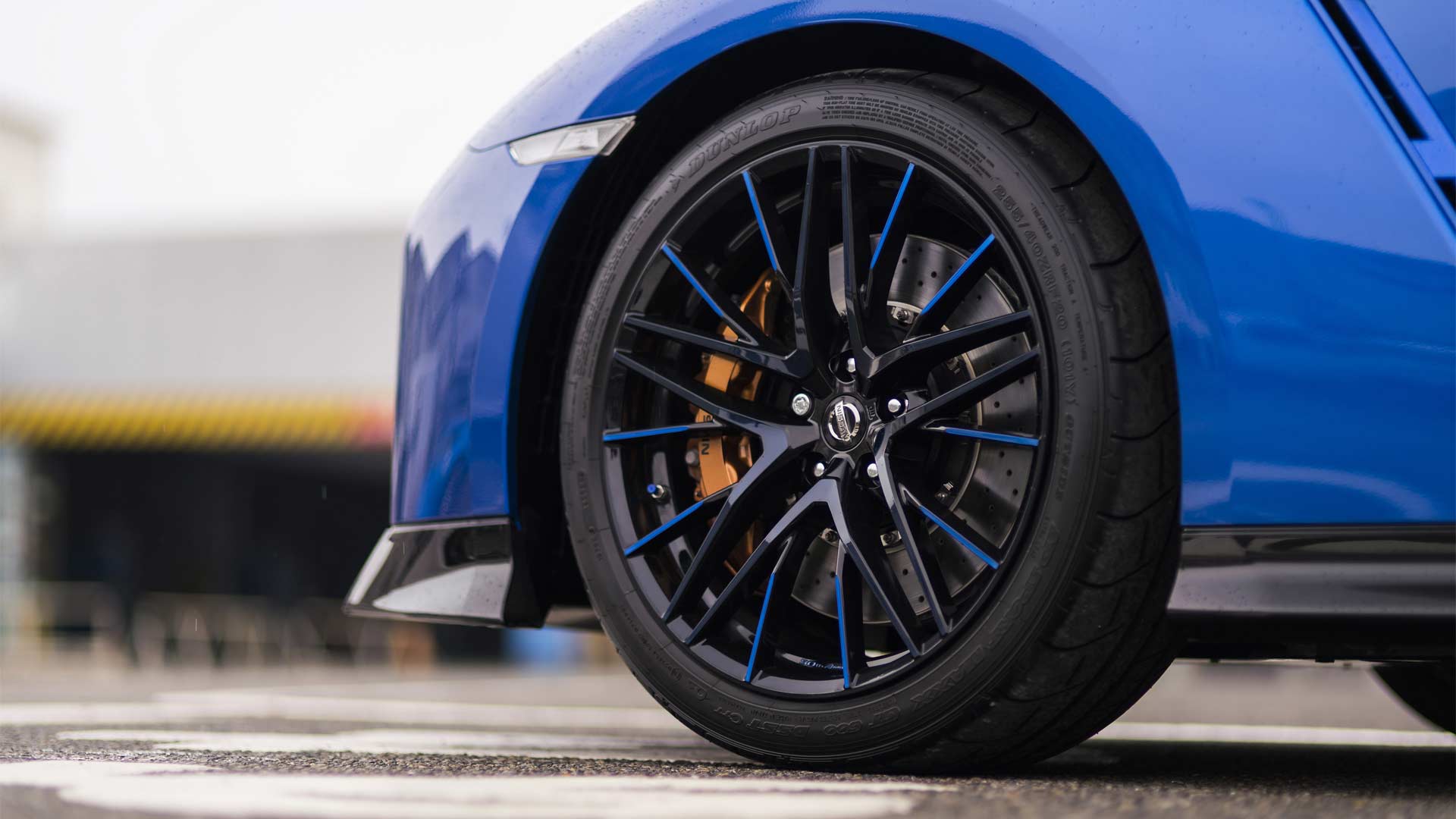 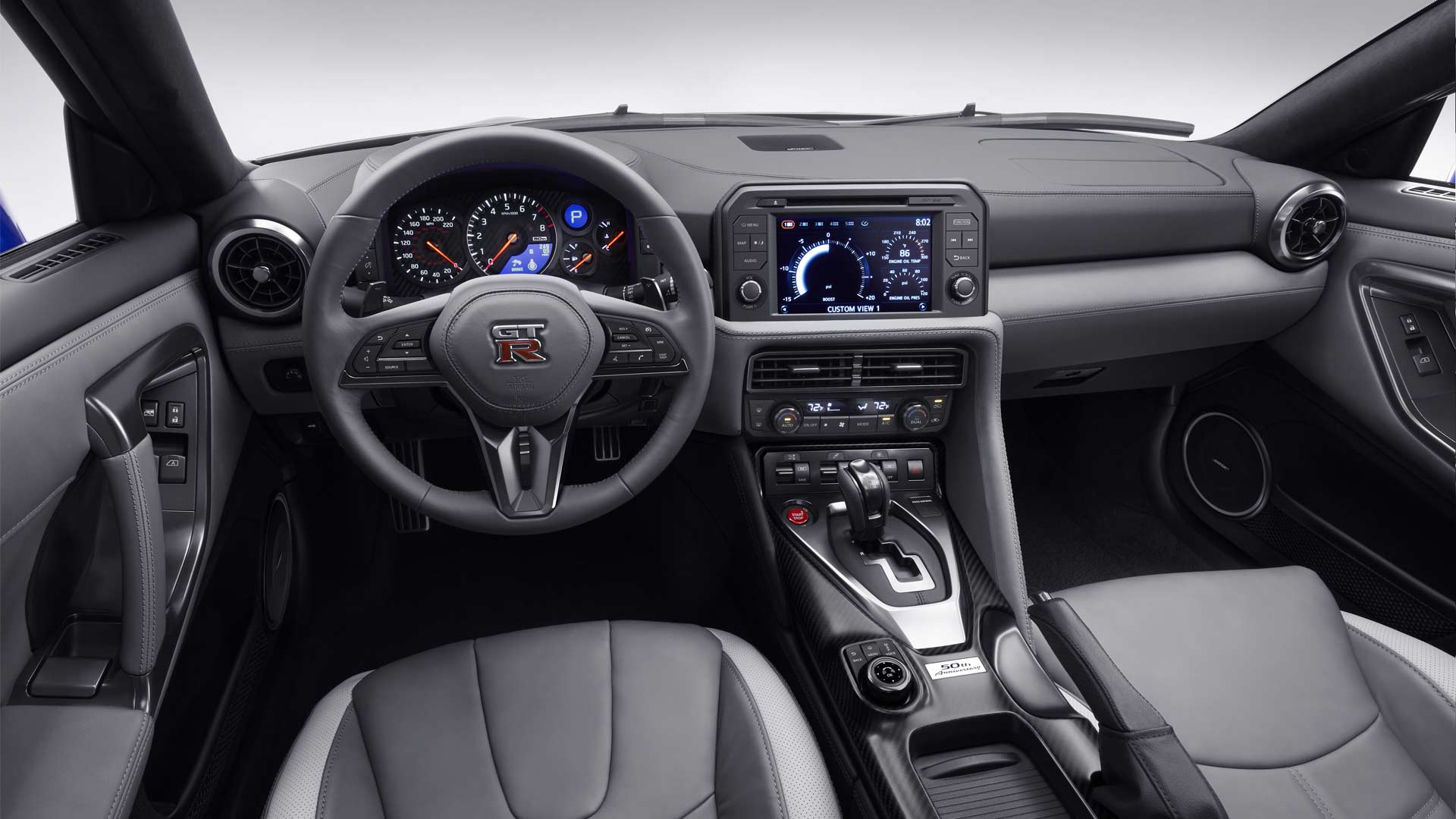 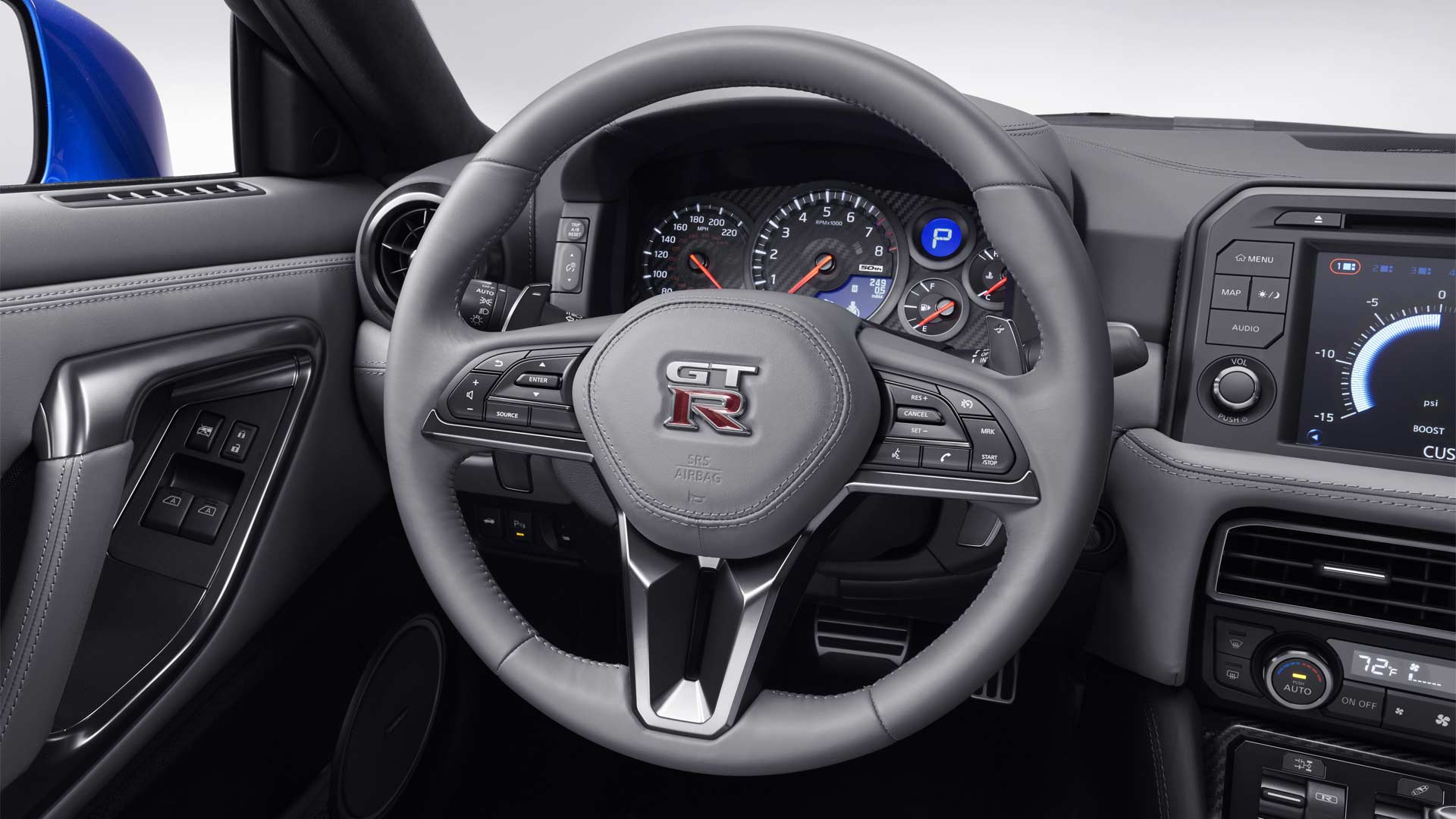 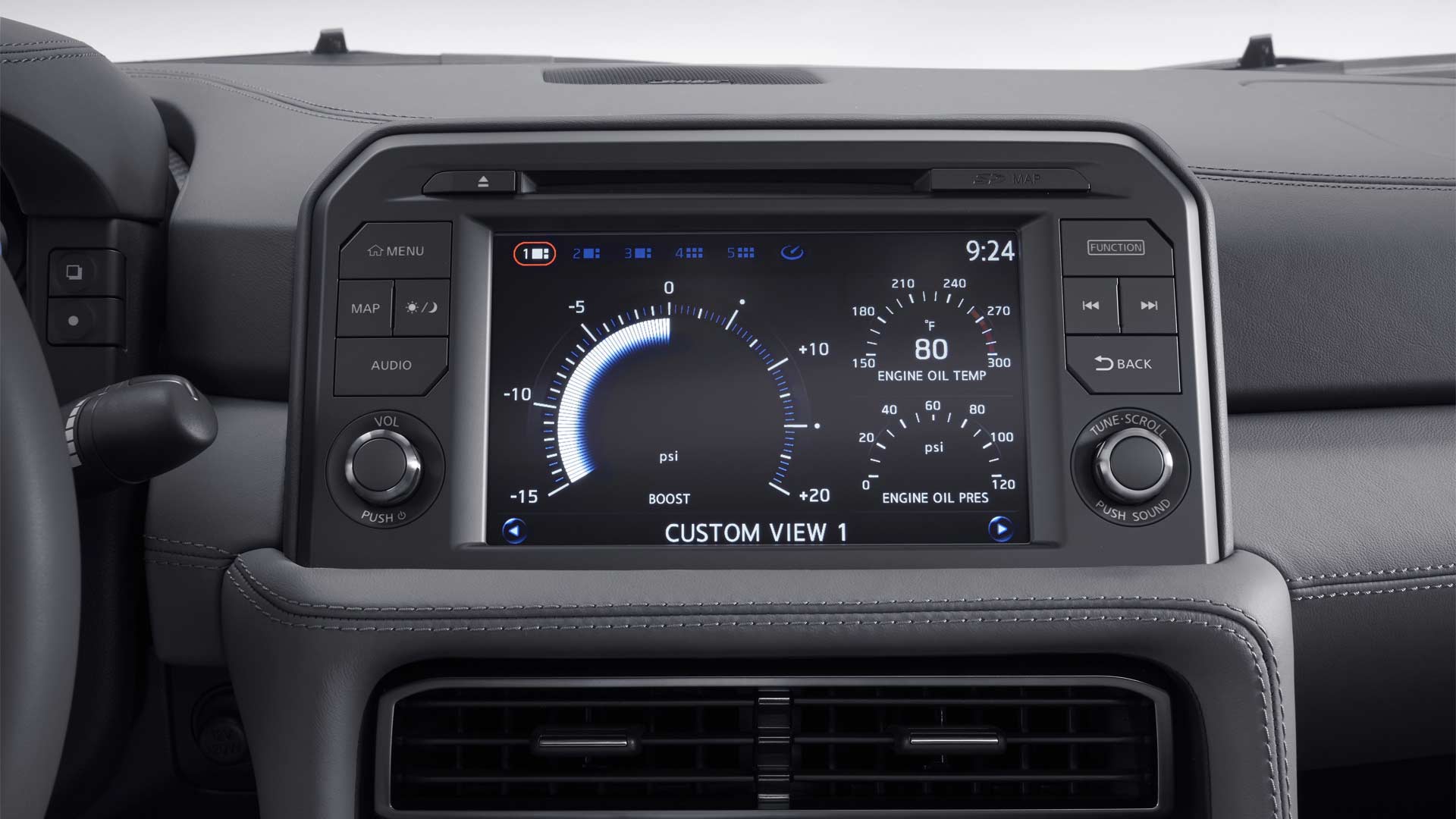 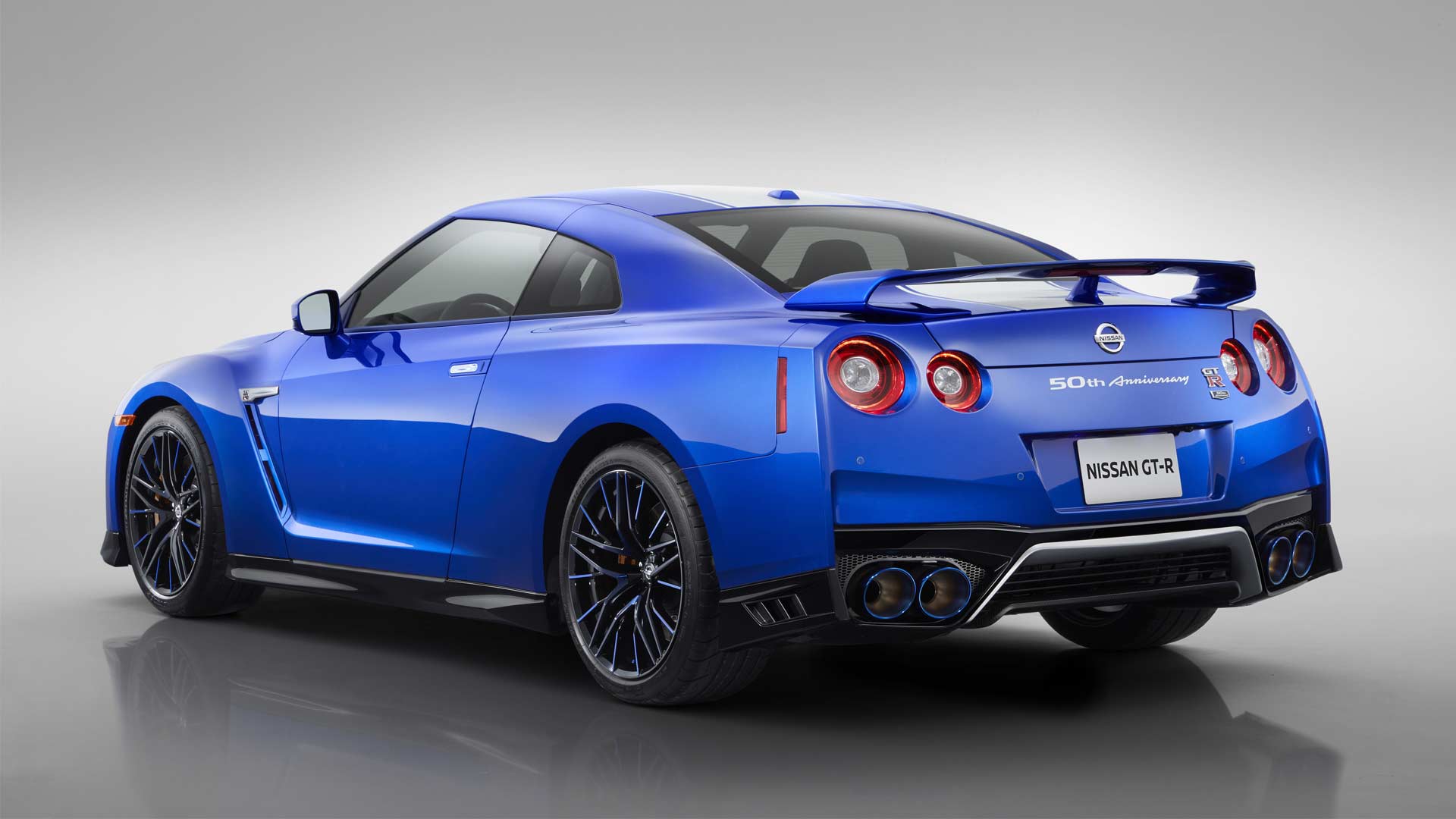 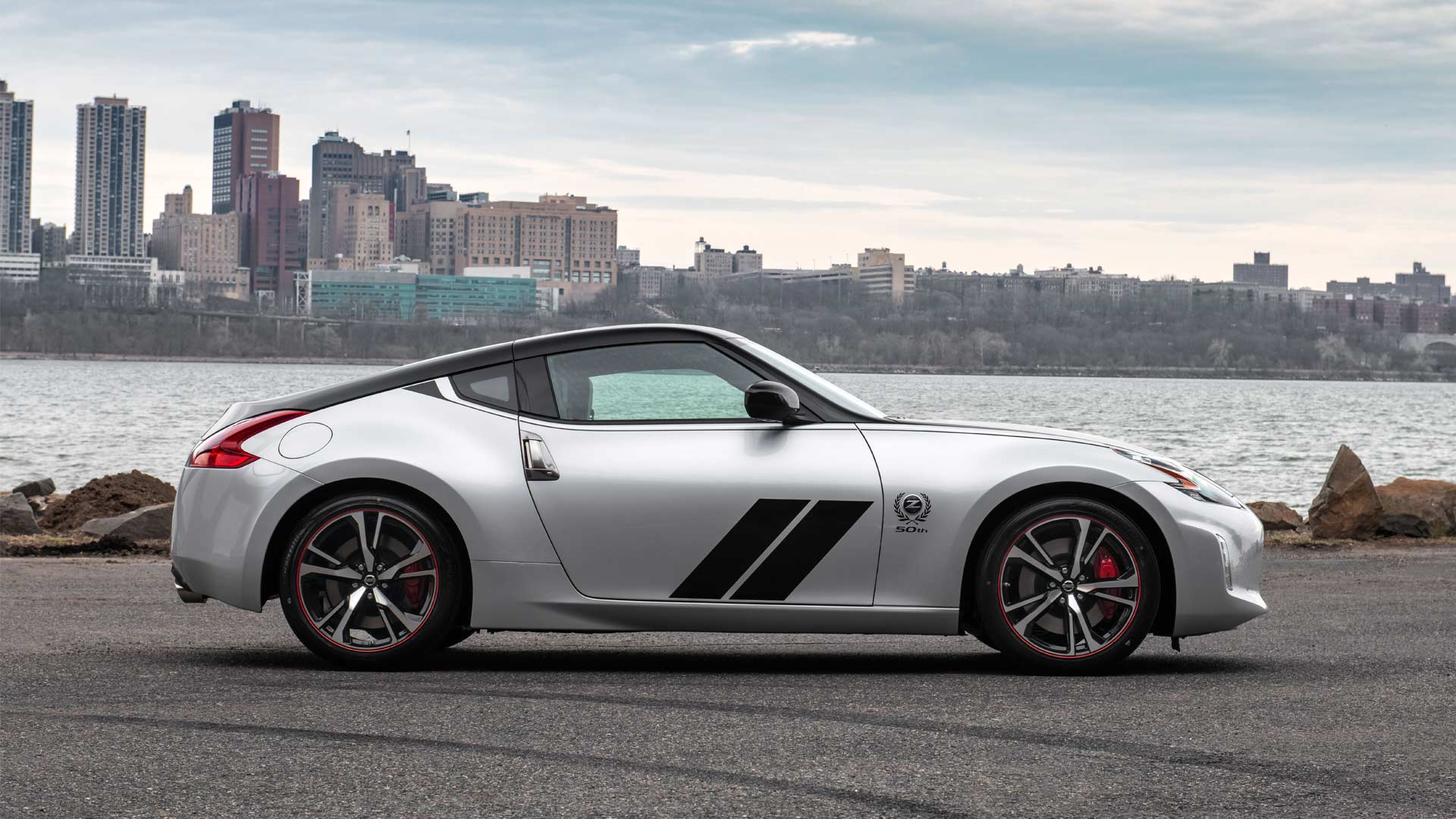 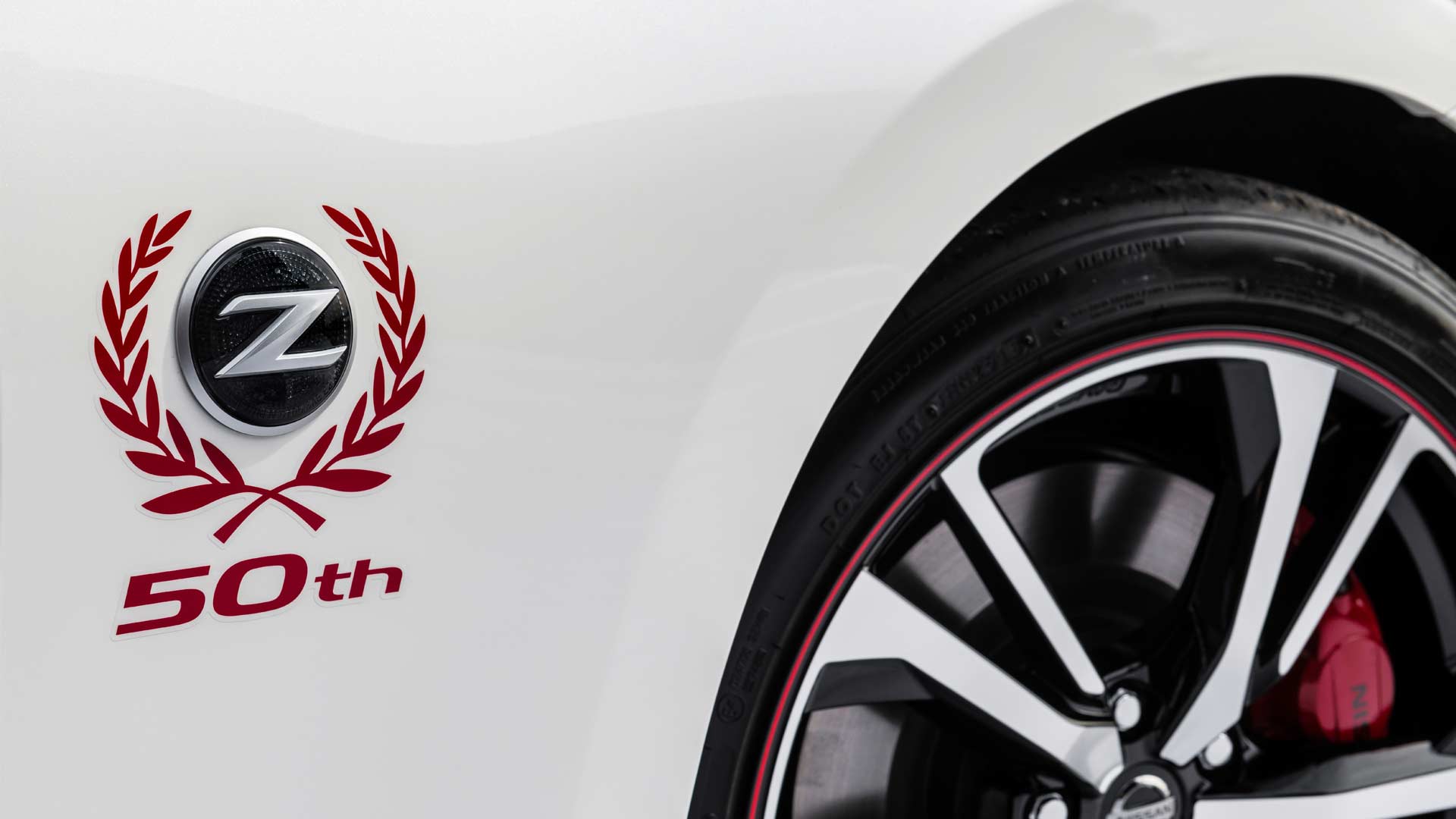 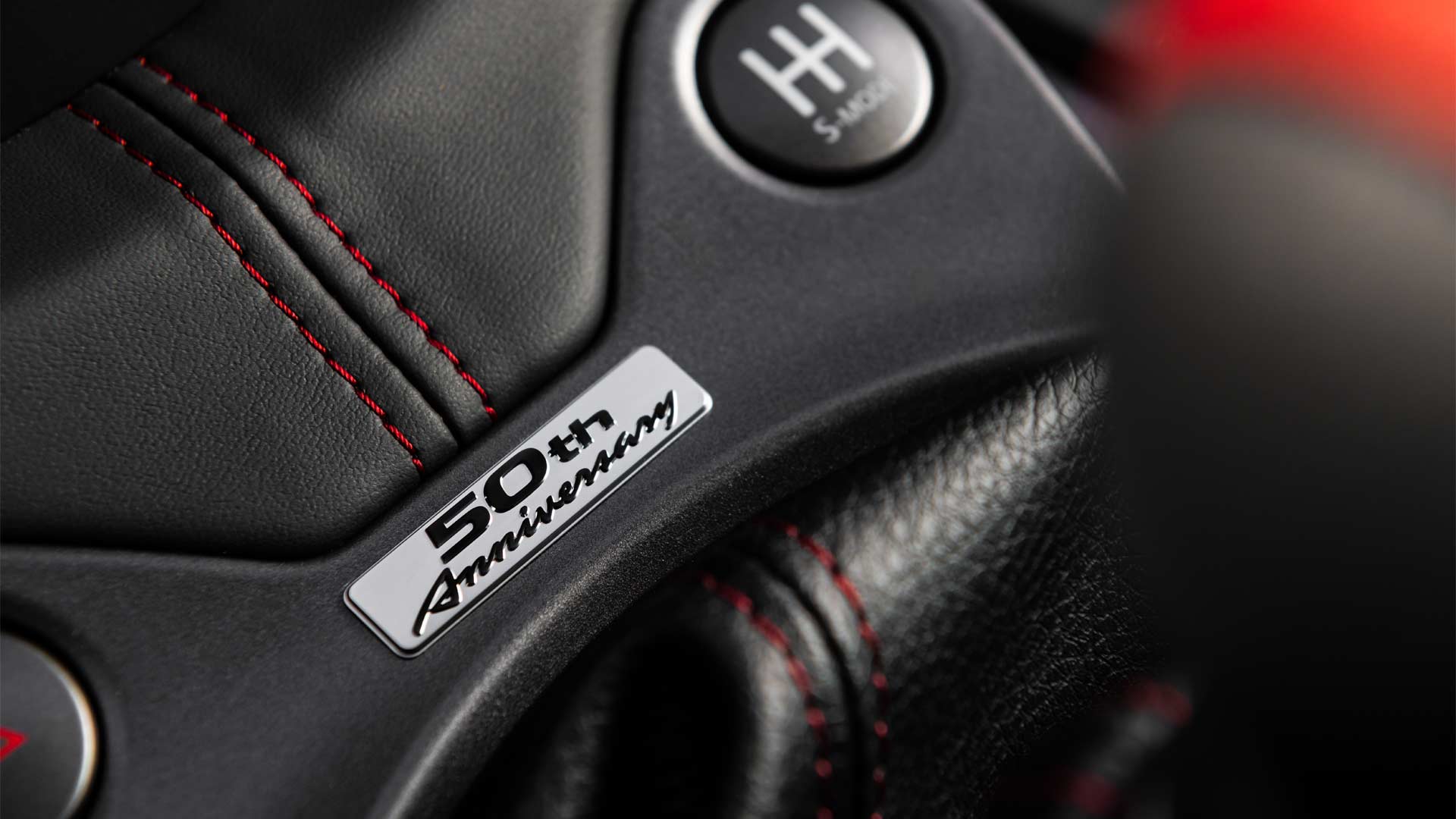 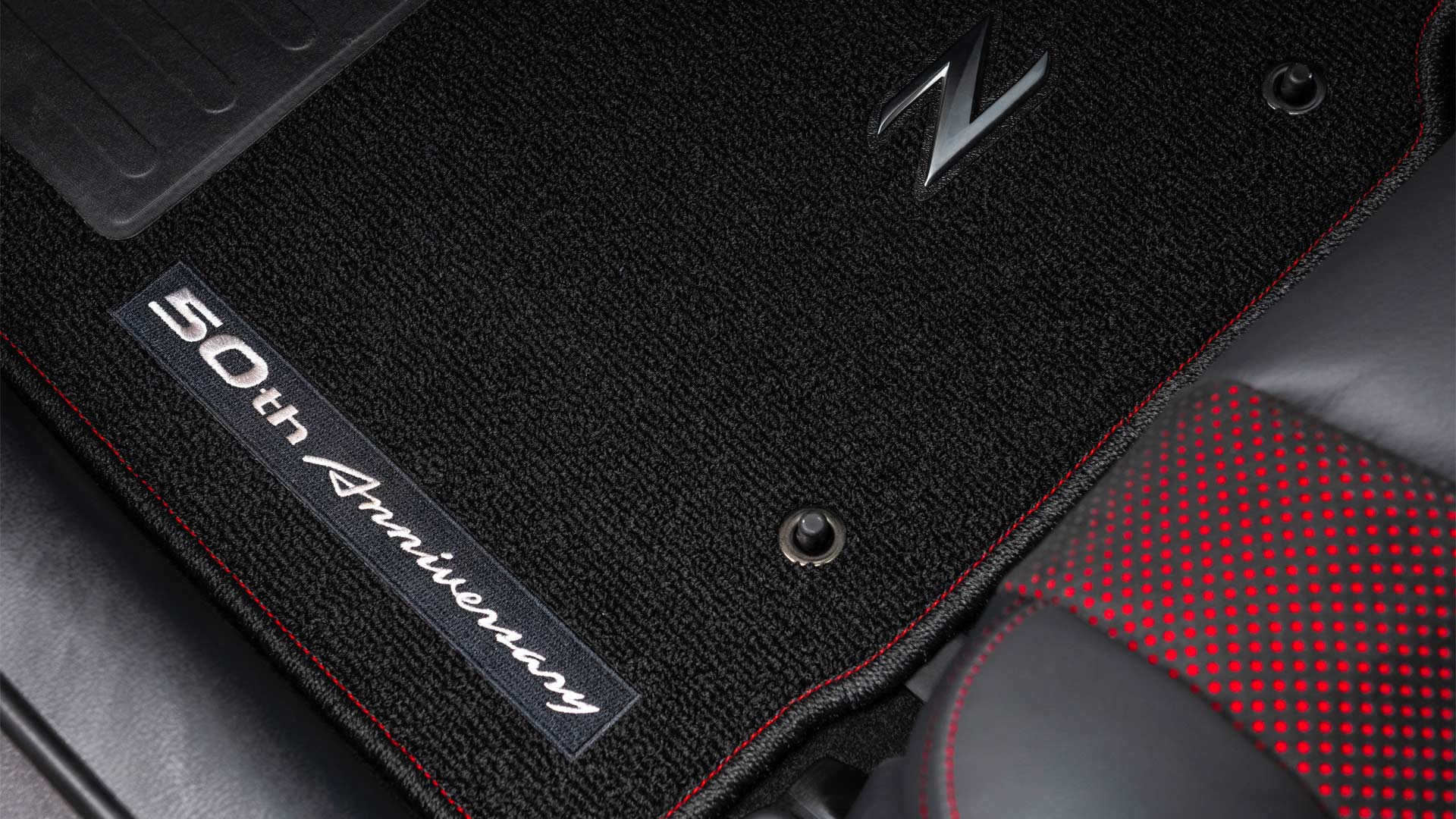 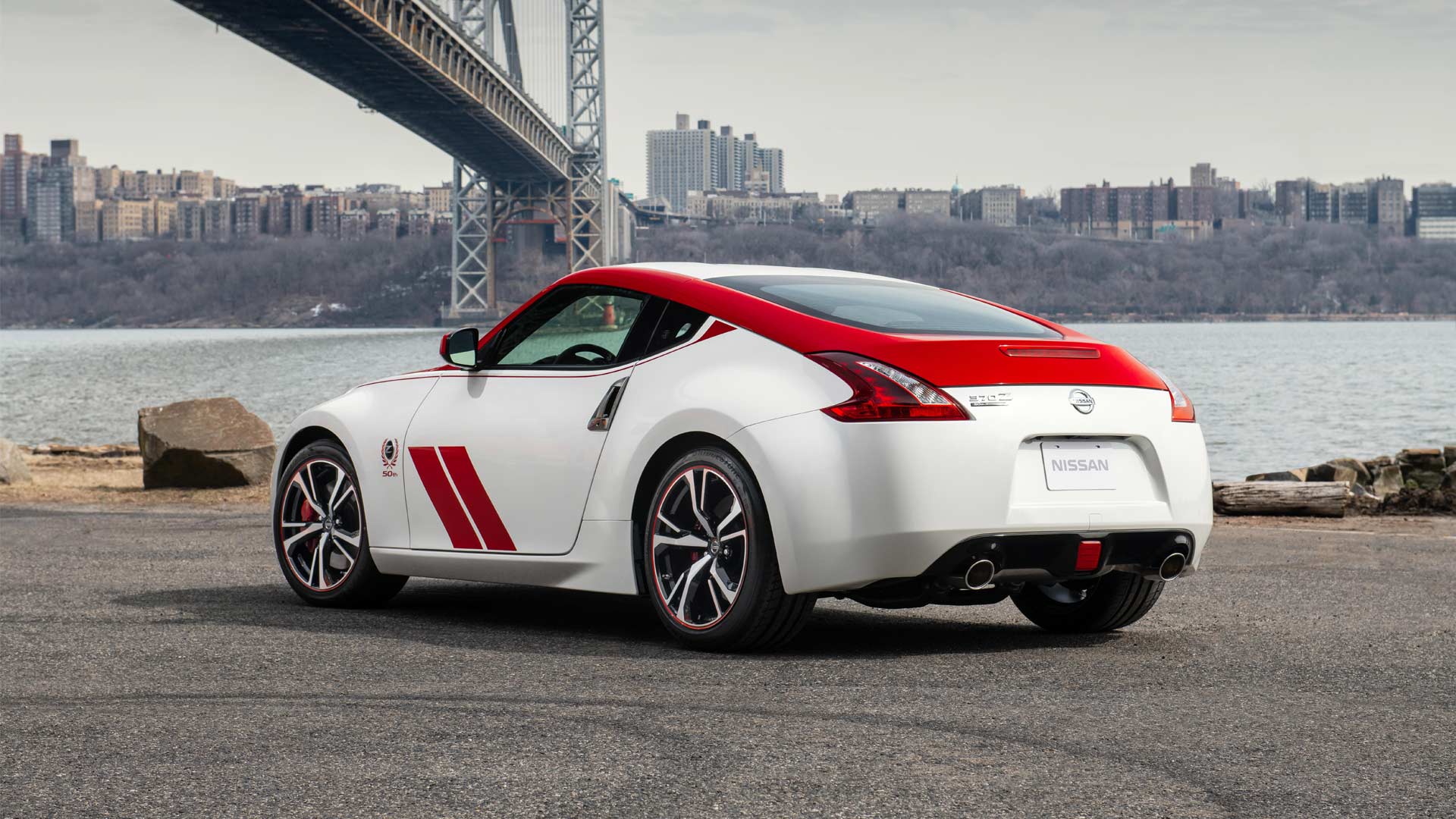