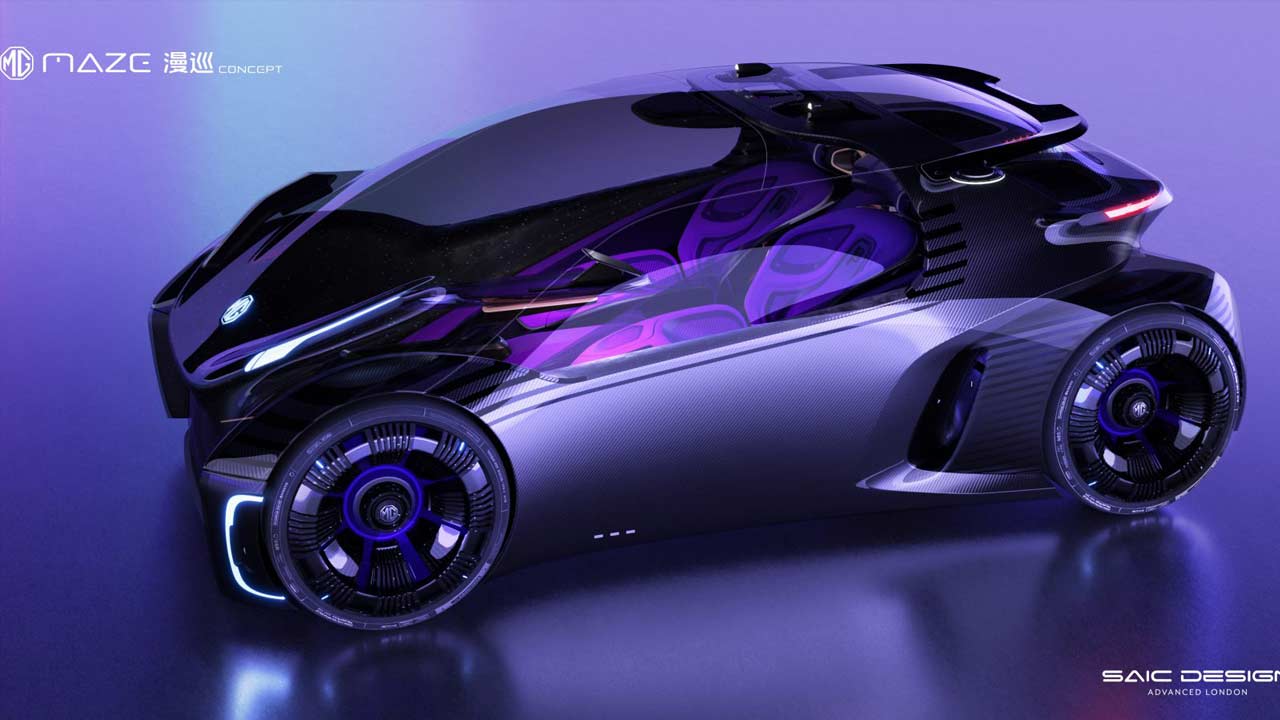 After the MG Cyberster concept, SAIC’s London design studio has revealed another gaming-themed concept called ‘Maze’, as part of the studio’s 3rd-anniversary celebrations. Apparently, the idea is that the riders will use their smartphones/tablets for accessing and controlling the vehicle. 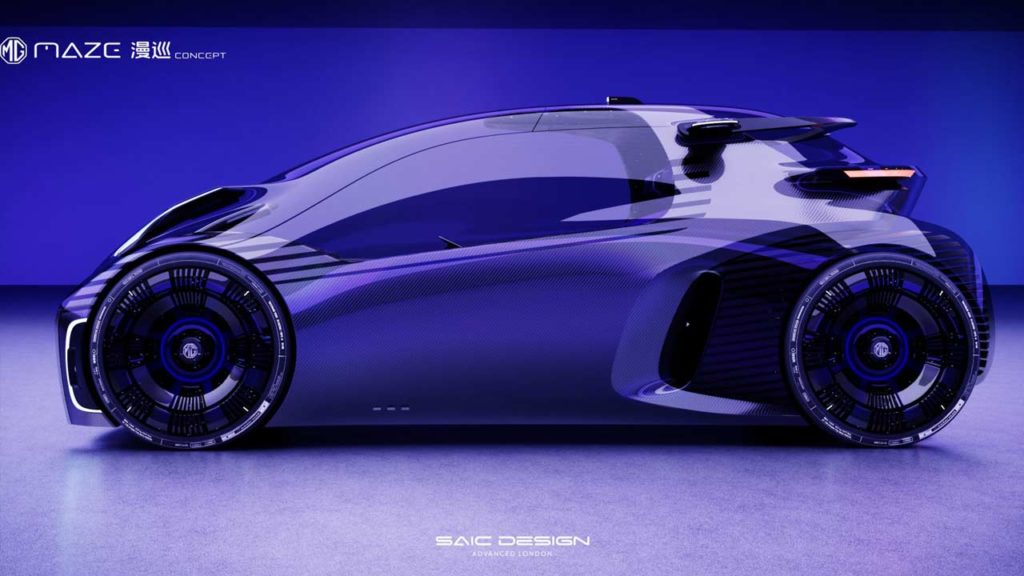 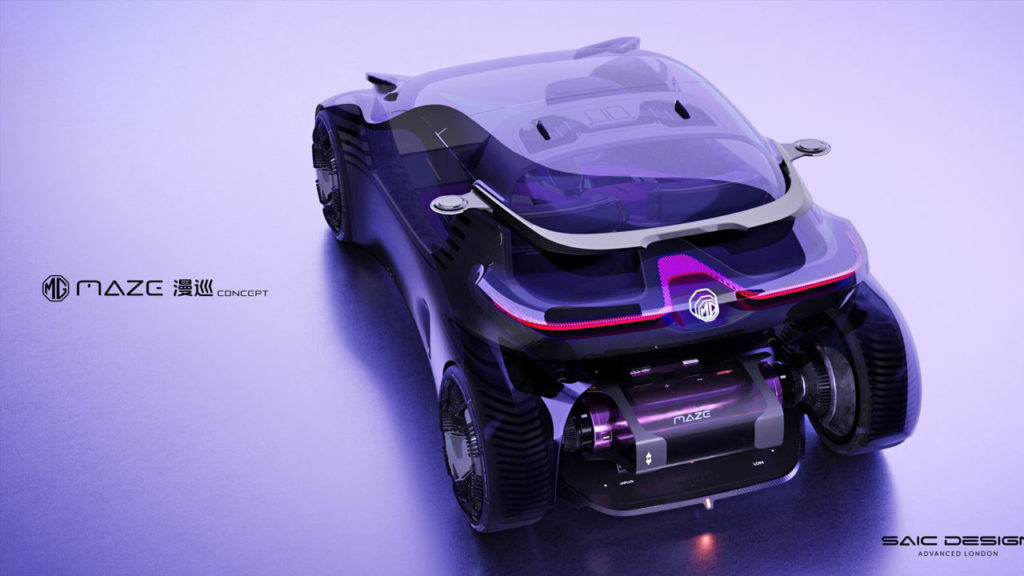 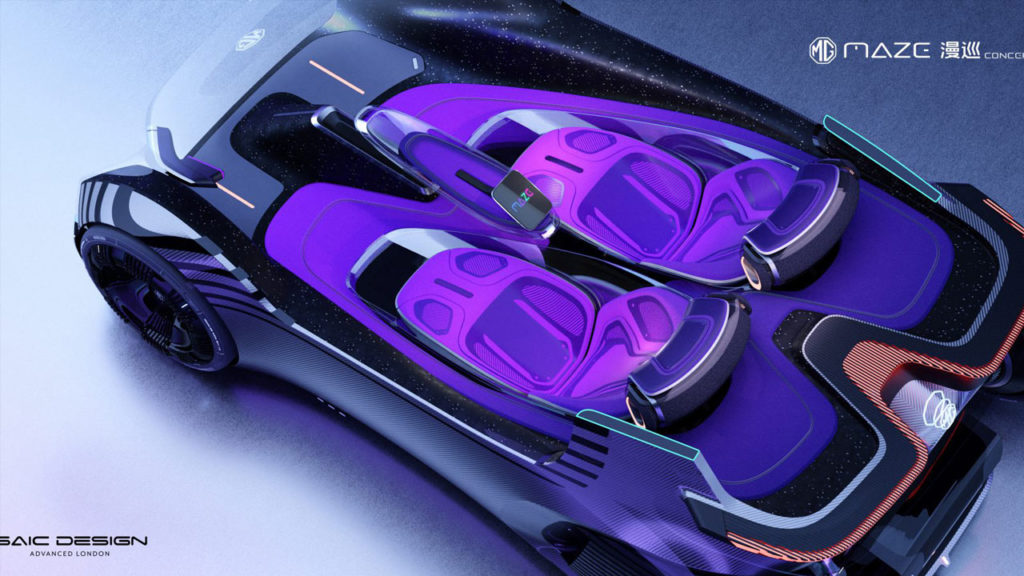 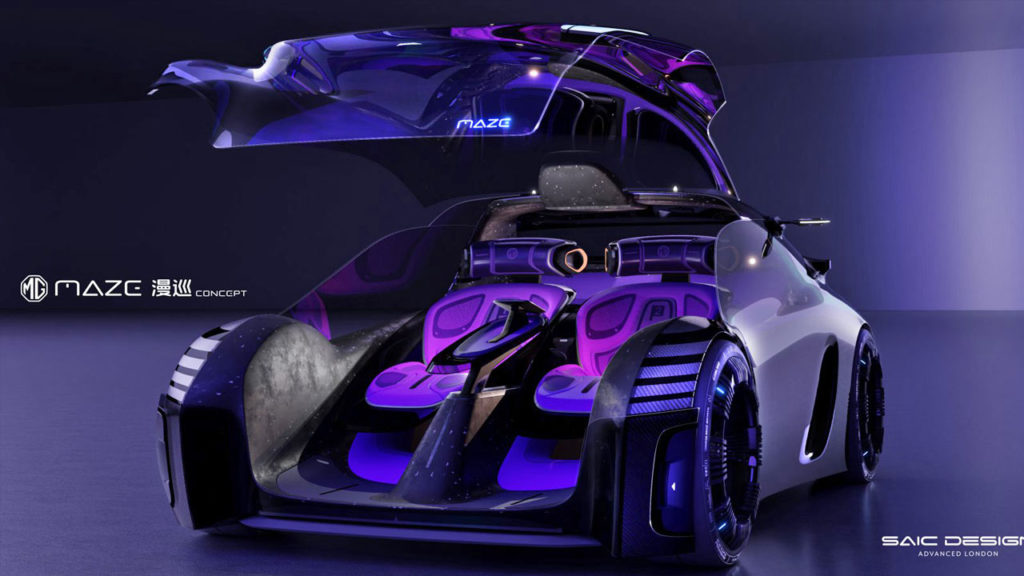 The Maze reminds me of the Toyota GR Yaris for some reason; if the GR Yaris were to become an all-electric, fully autonomous robotaxi in the future, this is probably how it would look like. But anyway, as we can see in the renderings, the way you get in is from the front, by opening up the polycarbonate shell canopy.

Once inside, it’s kinda hard to understand the concept. “A sophisticated User Interface overlays images and digital content with the occupant’s perspective,” says the studio. If I understood whatever that is correctly, some kind of a holographic projection appears at the front for the two occupants to play while the car is in autonomous mode.