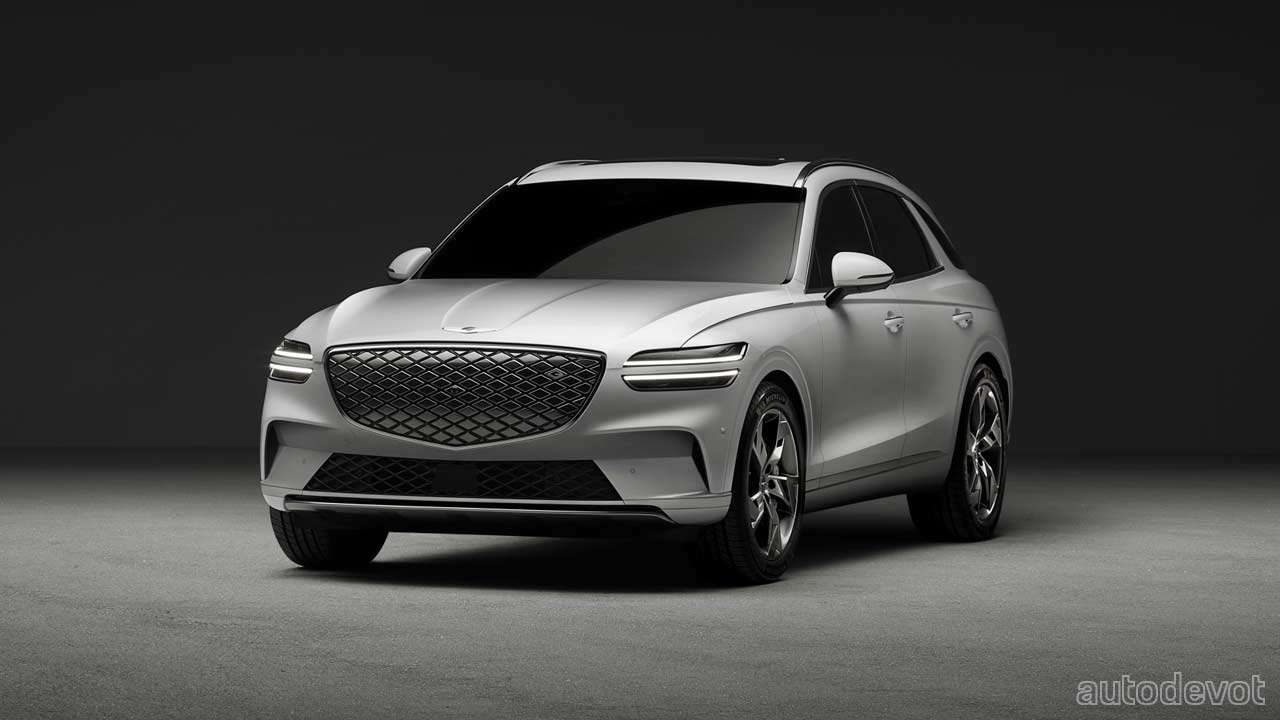 Genesis has unveiled a battery-electric version of the GV70 SUV at the 2021 Auto Guangzhou (in China). The Electrified GV70 is expected to be launched in China and Korea initially, followed by other global markets at a later date. 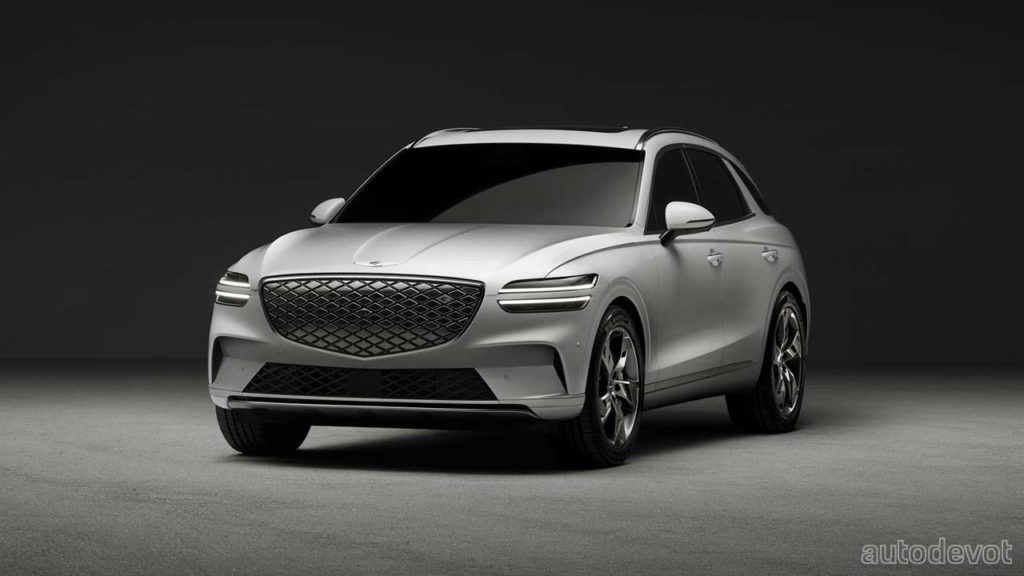 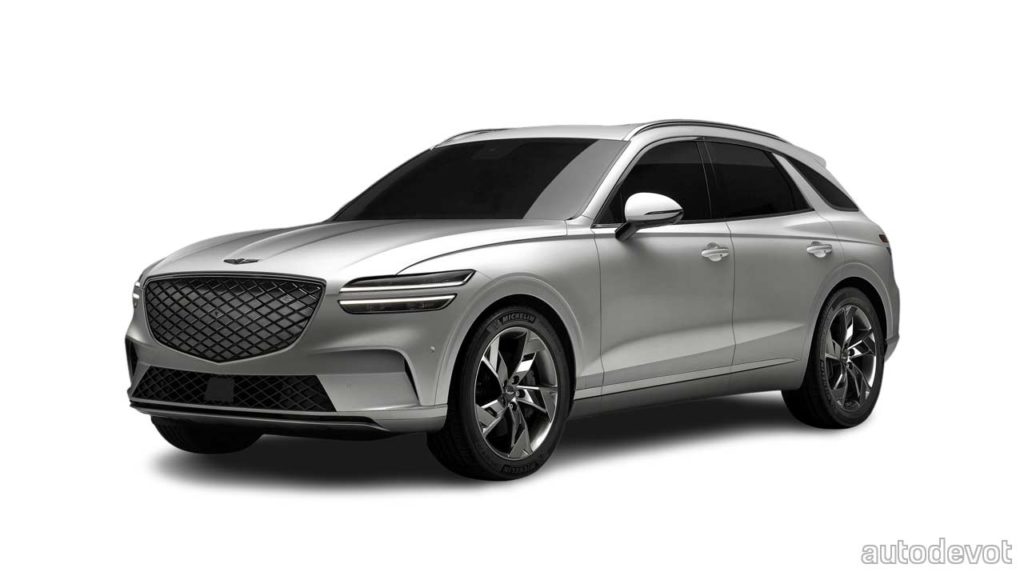 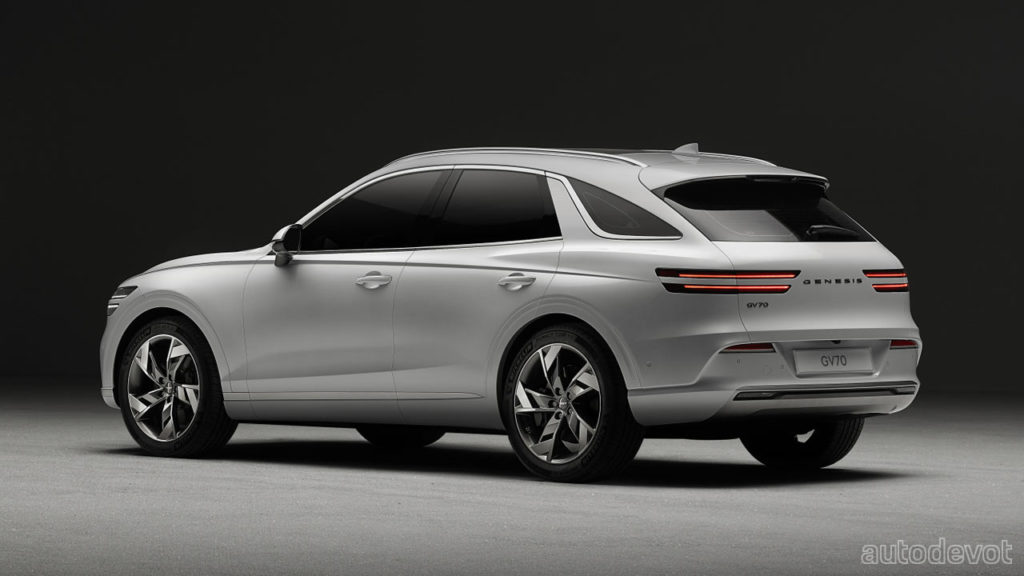 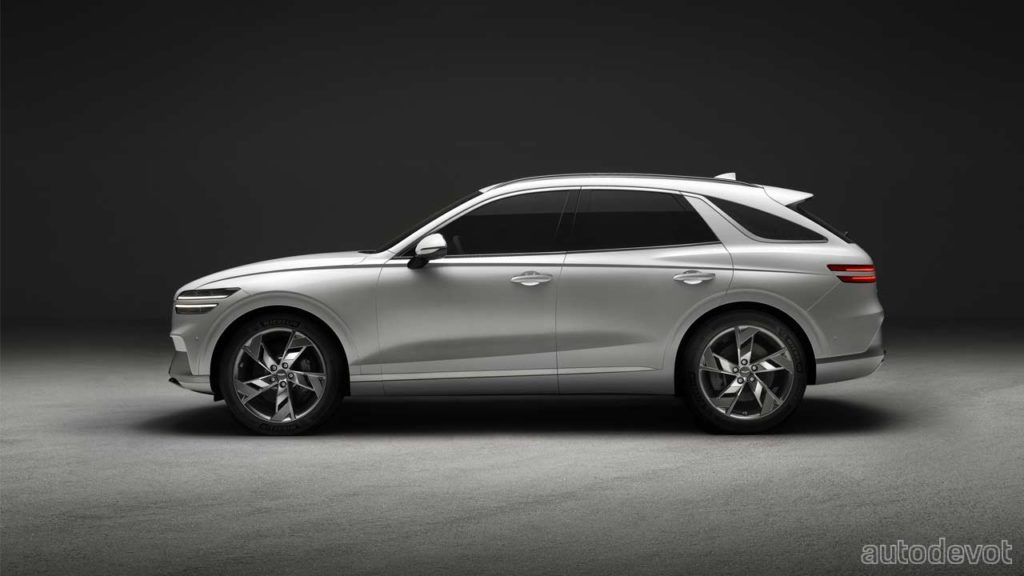 Visually, the signature Crest Grille is closed off and features a diamond pattern which Genesis calls a G-Matrix pattern; the grille incorporates the charging port as well, making the electric version appear more discreet. At the rear, the bumper is free of tailpipe housings, of course. The 20-inch wheels also appear to be unique to the electric model. As with most modern EVs, the Electrified GV70 also boasts a V2L (Vehicle to Load) feature that can power electric appliances outside the vehicle. 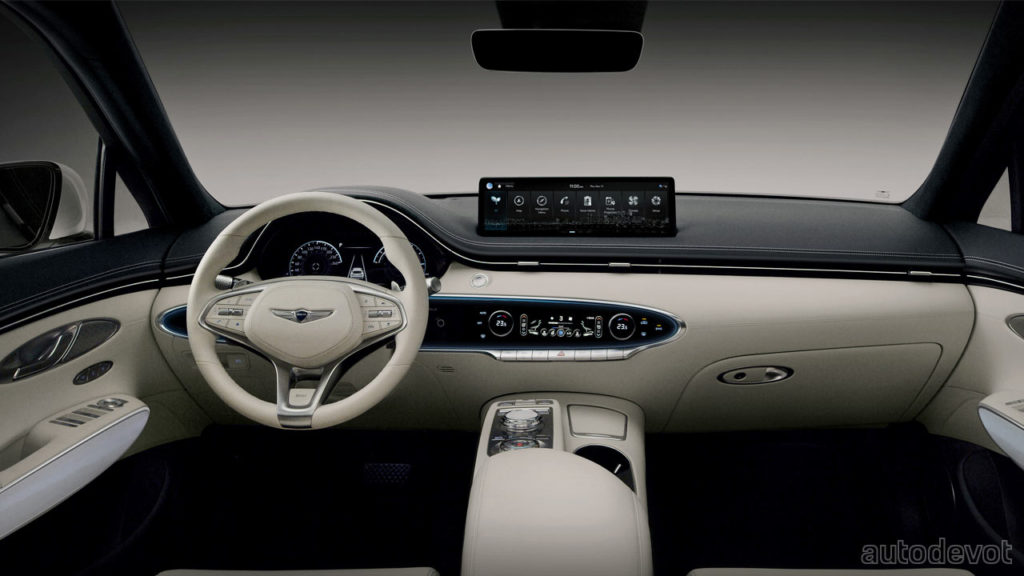 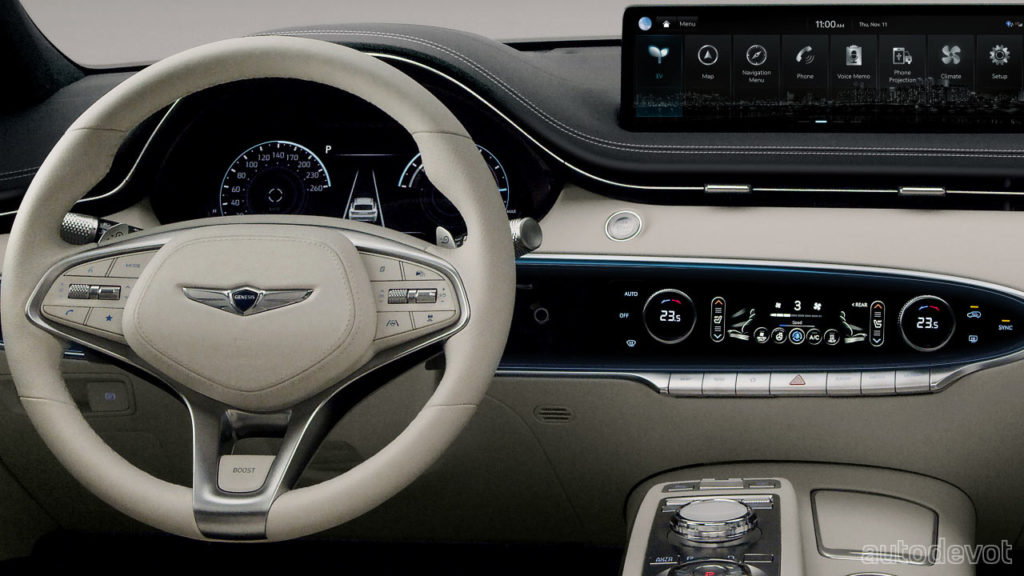 Inside, the Electrified GV70 features some eco-friendly materials with a high-quality finish. Genesis will offer the model with a Glacier White interior theme. The model comes with ANC-R (Active Noise Control-Road). The technology is claimed to significantly reduce the level of noise by measuring and analyzing road noises by utilizing four sensors and eight microphones and simultaneously creating sounds at opposite phases.

The Electrified GV70 also boasts an SUV-specific e-Terrain Mode—which is claimed to enable a stable driving experience in various environments. Another key highlight is the Disconnector Actuator System (DAS) that can automatically connect or disconnect the motor and drive shaft—enabling seamless switching between 2WD and AWD—depending on the driving conditions to increase efficiency.

It appears that the team at Genesis forgot to share the battery pack capacity, but said that the model is capable of delivering a range of up to 500 km (311 mi) as per CLTC standard and up to 400 km (248 mi) as per the Korean EV certification system. The battery pack can be recharged with up to 350 kW—which is claimed to take 18 minutes to get juiced up from 10% to 80%.