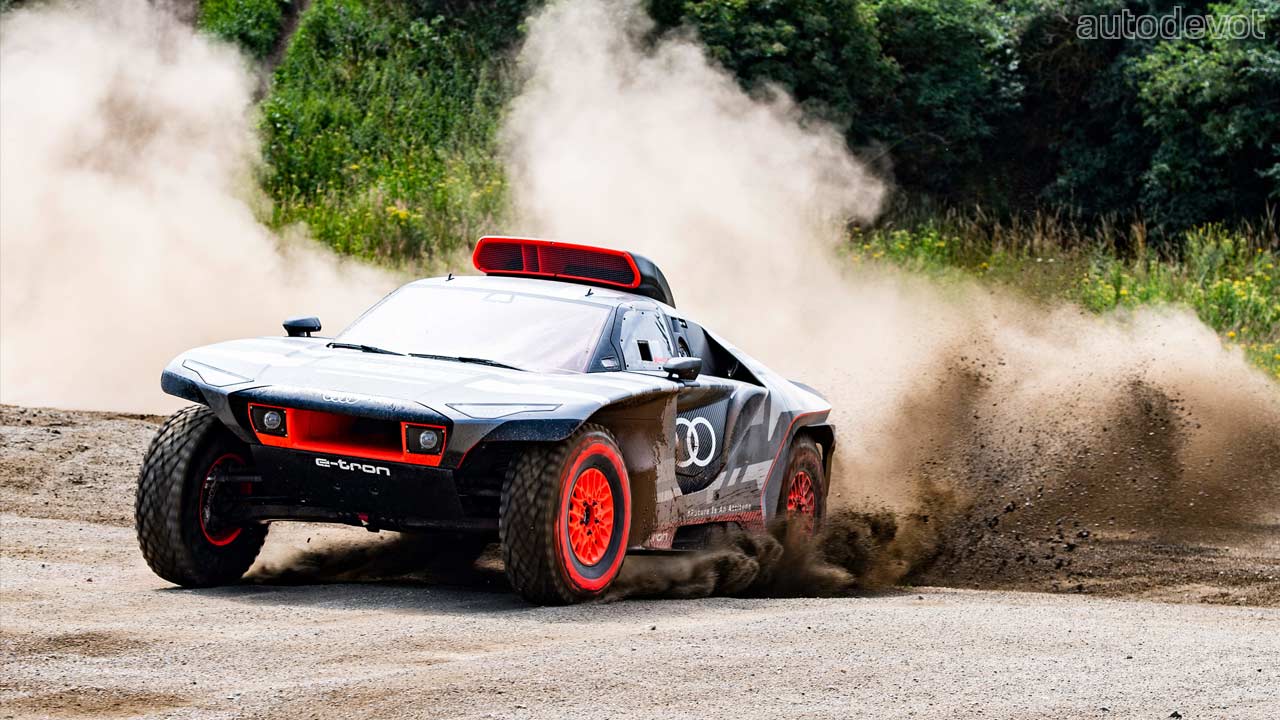 Audi has shared some more information on its RS Q e-tron Dakar Rally car that is all set to make its rally debut in January 2022. Apparently, the car is all set to handle the desert heat—literal or otherwise. 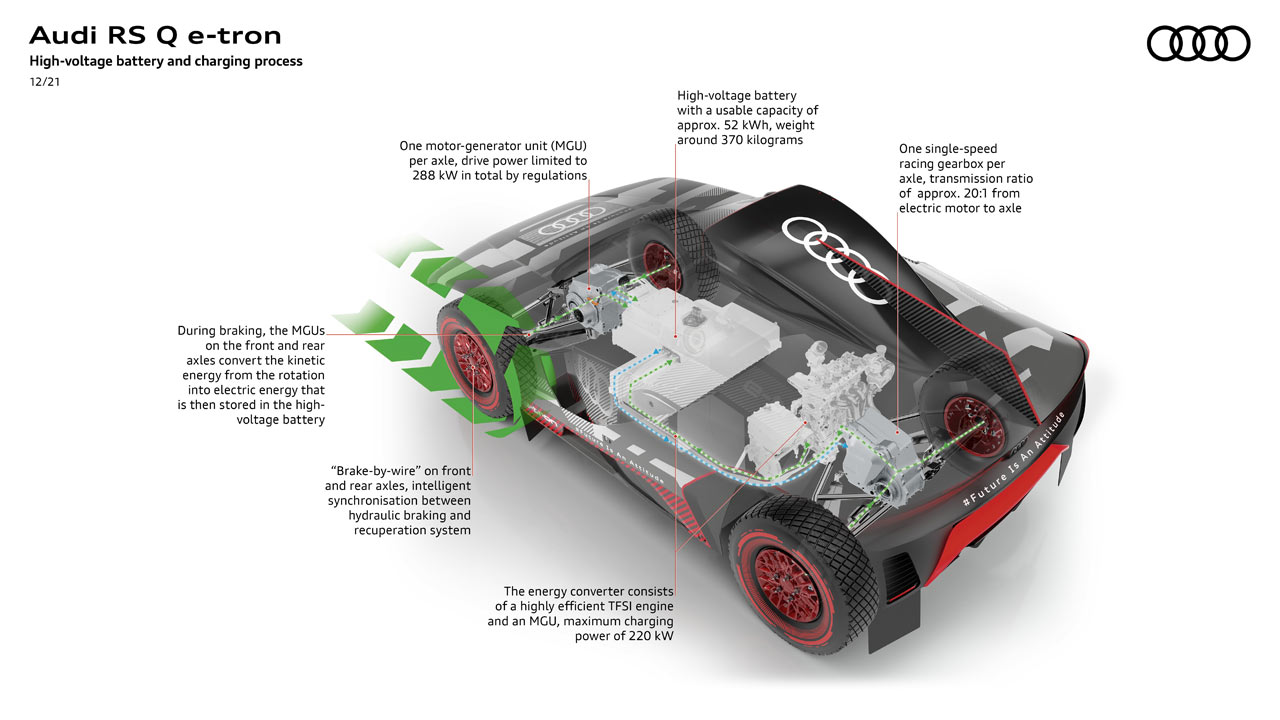 Alright then, let’s jump straight to the important bits of the story. As you might already know, the RS Q e-tron is a series-hybrid vehicle; meaning, the electric motors take care of the actual propulsion of the vehicle, while there’s also a combustion engine that acts as an onboard generator/range extender. In fact, there are three electric motors called motor-generator units or MGUs. There’s one MGU at each axle to take care of the propulsion, while there’s another MGU hooked-up with a 2.0L 4-cylinder TFSI engine to recharge the battery pack. The 52 kWh (usable energy) battery pack weighing about 370 kg (816 lbs) is located right in the middle of the chassis. The battery pack uses cylindrical cells.

The engine and the MGU—dubbed as a single “energy converter” unit, offers a max charging power of 220 kW. The combined output from the front & rear MGUs is limited to 288 kW (392 metric hp) as per the regulations. These motors also take care of brake energy recuperation. 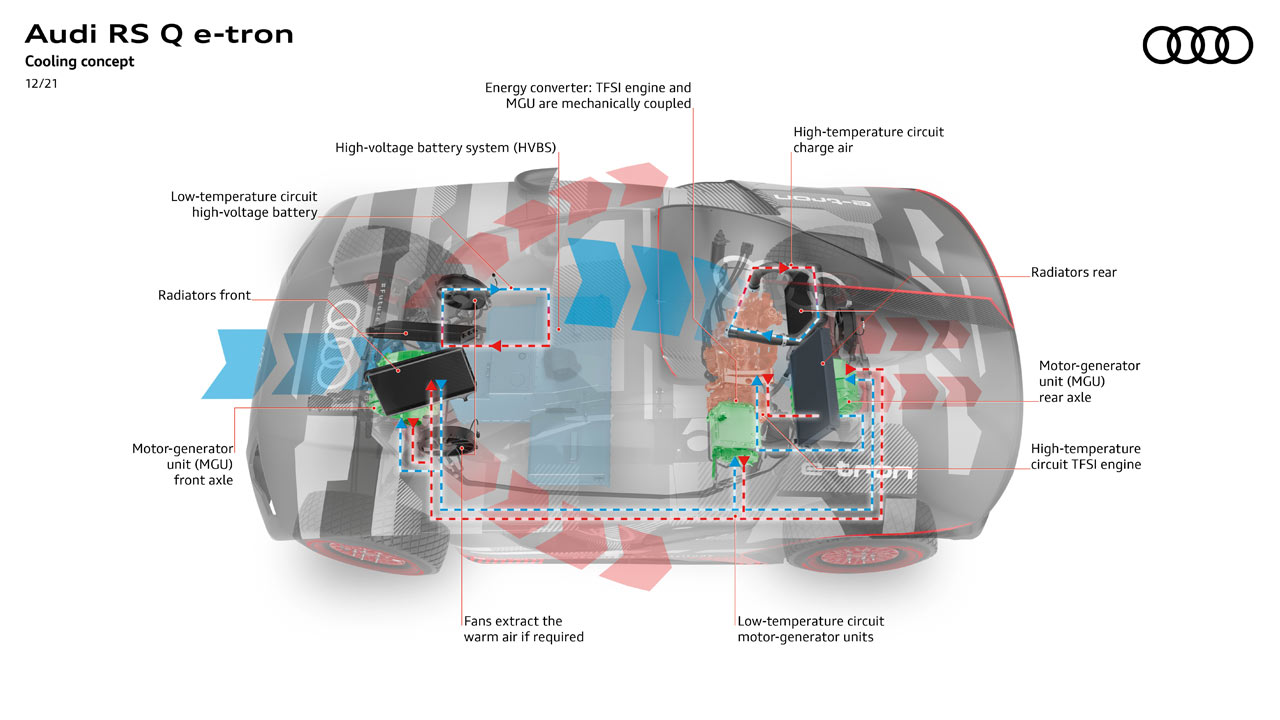 To keep the battery temperature in check, Audi uses a coolant called Novec from 3M. Also, notice that there are four radiators in total; two at the front and two at the rear. Other cooling systems include an oil cooling loop located in the left front air duct, circulating hydraulic oil for the power steering; the system also supplies the two jacks on the right and left side of the vehicle via valves in case a puncture forces the crew to change the wheel.