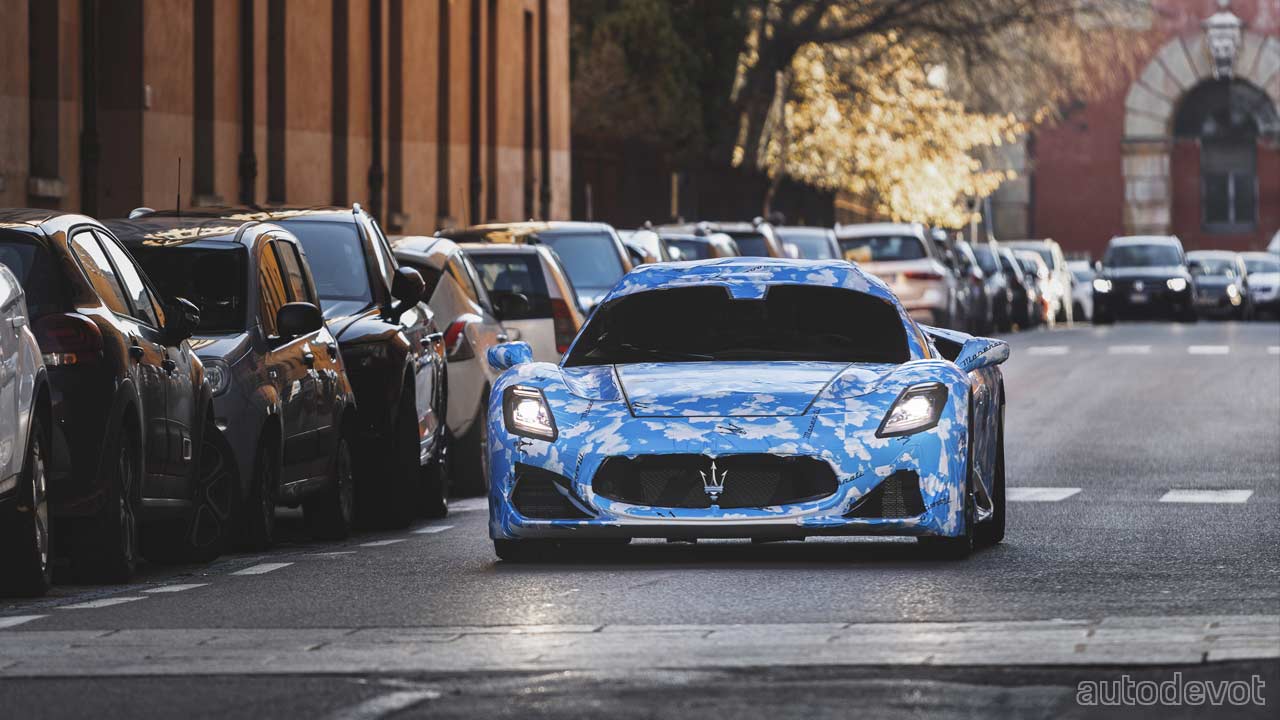 Maserati is baking a convertible version of the MC20 and an early prototype has exited the gates of the Modena plant for some real-world testing. It is wearing a special camouflage featuring a play of clouds, because after all, it is a convertible. Visually, the front half of the car will remain identical to the coupe, but the rear half is where you can expect some changes, especially with the engine bay cover. 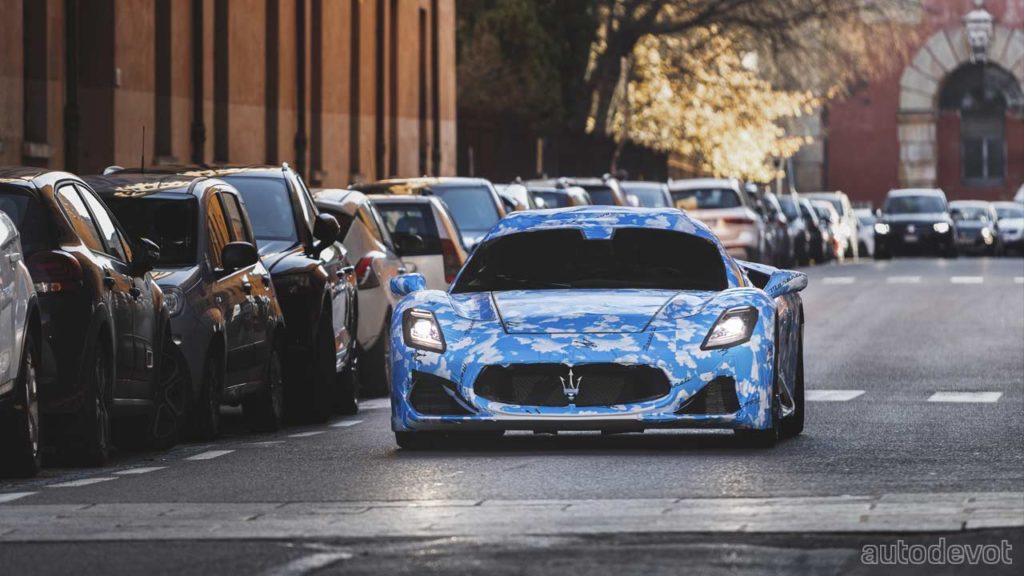 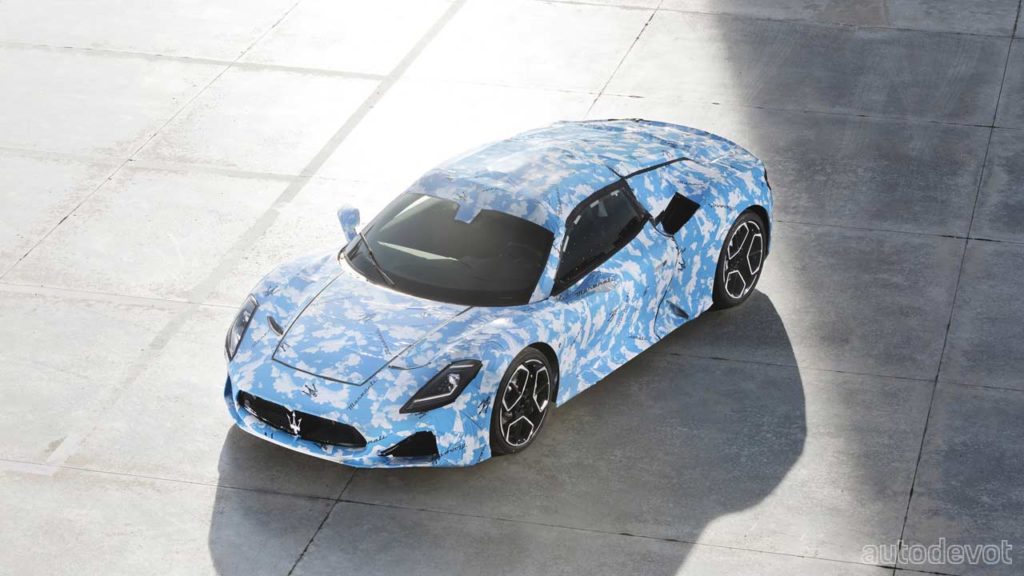 The rest of the things will remain as is, obviously, including the 630 hp 3.0-litre twin-turbo V6 Nettuno engine paired with an 8-speed DCT. However, there might be a minor difference in the official 0-100 km/h (62 mph) sprint time.

And yes, Maserati confirmed that an all-electric version of the MC20 is also coming in the future.