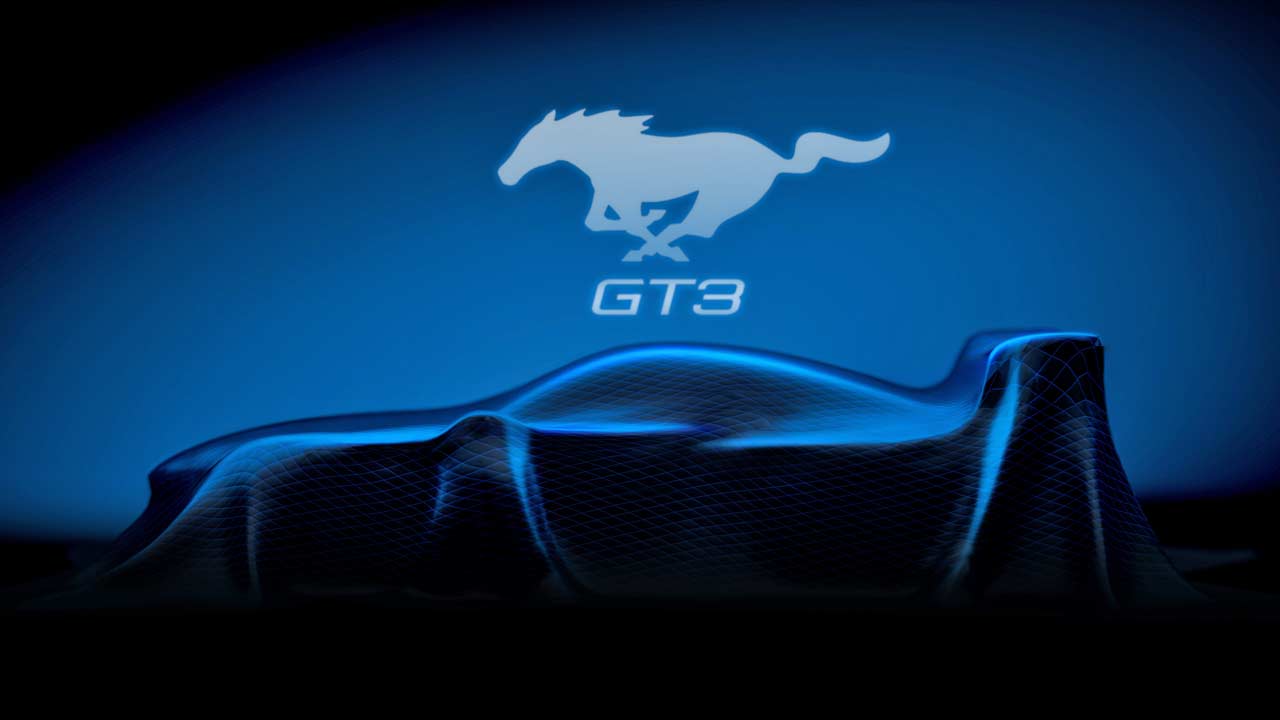 Ford is returning to factory-backed GT3 racing with an all-new Mustang GT3 IMSA race car that will also be available for customers, starting with the 24 Hours of Daytona in 2024. The new Mustang GT3 will be a joint program between Ford Performance and long-time racing collaborator Multimatic Motorsports.

“Multimatic Motorsports is the perfect partner on this project for us. Not only have they worked with us to develop numerous customer Mustang programs in the past, but its work on the Ford GT program and the new Bronco DR customer race programs has shown together we can provide championship-level race programs for Ford and its customers,” said Mark Rushbrook, Ford Performance Motorsports global director.

The 3D teaser doesn’t reveal much except for a silhouette with a giant rear wing. However, Ford said that the new race car will be powered by a 5.0-litre Coyote-based V8 engine developed by Ford Performance and built by long-time racing collaborator M-Sport of Cumbria, England. The two recently collaborated on the development of the Ford Puma Hybrid Rally1, which finished 1-3-5 in its debut race at the Monte Carlo Rally just over a week ago.

“We are delighted to be broadening our relationship with Ford and extending it into the racing world after a very successful 25 years together in the World Rally Championship, which is once again delivering stunning results with the Puma Hybrid Rally1. M-Sport has a wealth and depth of circuit racing knowledge and expertise, particularly from our GT3 programme that used an M-Sport developed V8 engine for GT3 that powered us to victory in the 2020 Bathurst 12-hour race and 2019 1000 km of Paul Ricard,” said Malcolm Wilson, owner of M-Sport.

“It’s important for us to continue to support the Mustang GT4 effort as well,” said Rushbrook. “We’ve had a lot of success both here and in Europe with the current Mustang GT4, and we look forward to being able to provide our customers with a brand new car for competition in the GT4 category starting next season. We’ll have more to say on that in the near future.”

The official statement further added that the 2022 next-gen Mustang will debut in the NASCAR Cup series on Feb 6 at the LA Coliseum and then at the Daytona 500 two weeks later. And Ford Performance is developing its new Gen 3 Mustang for the Supercars Series that will debut in 2023.