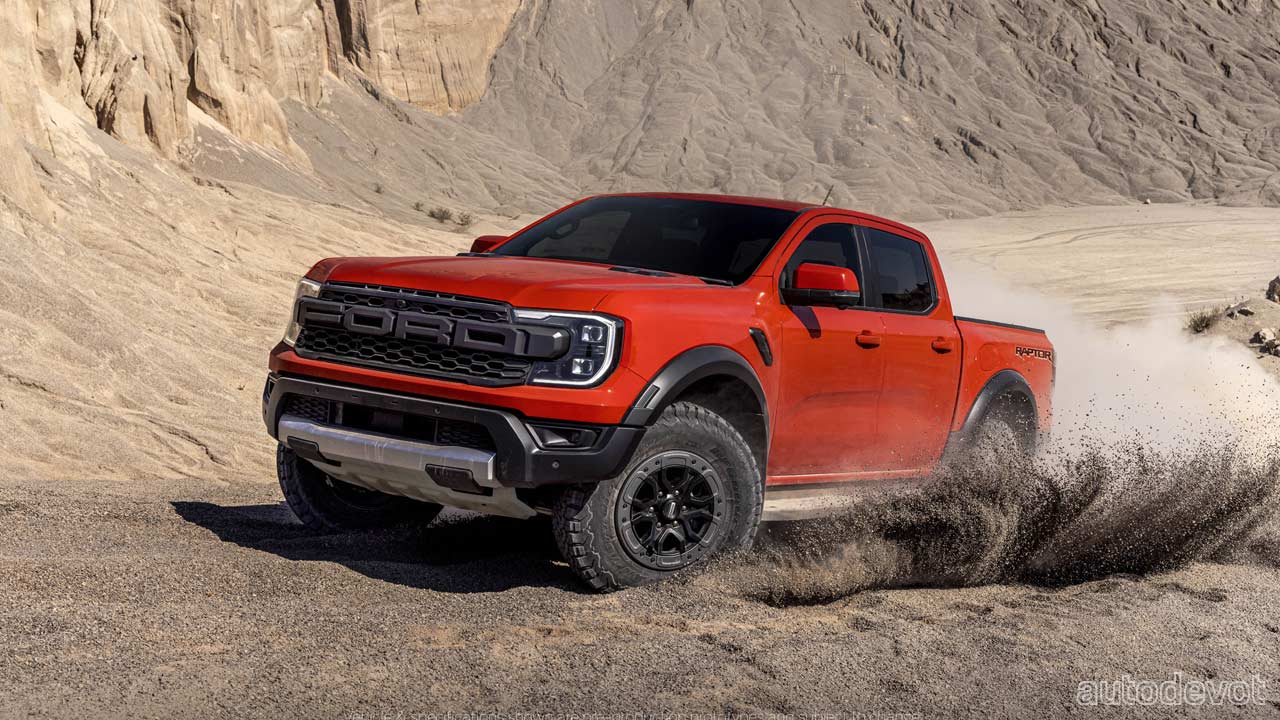 The second-gen Ford Ranger lineup (4th gen, internationally) is now joined by the Ranger Raptor, all set to go on sale later this year in select markets as a 2023 model. The performance ute has already been listed on the official Ford Australia website. 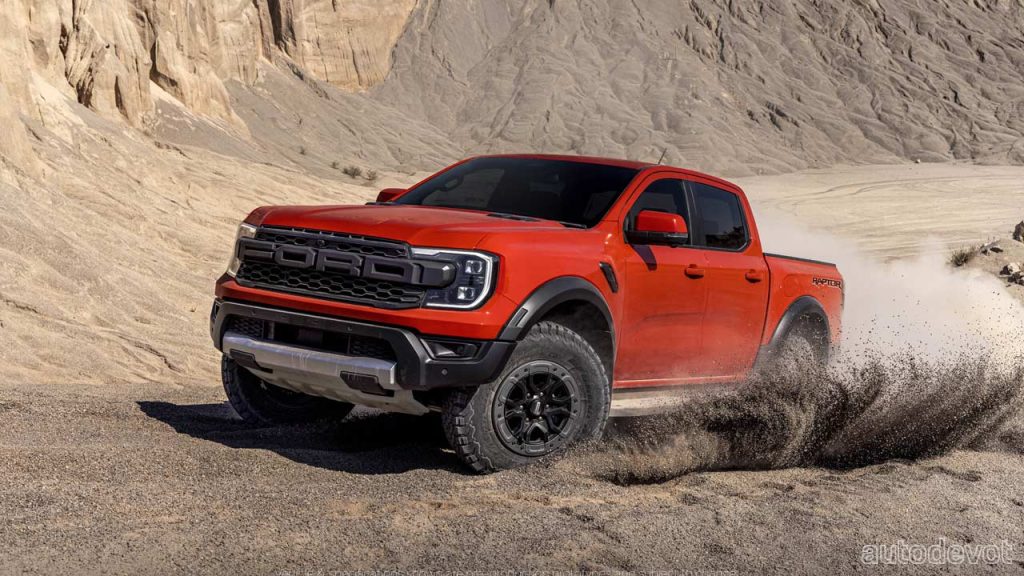 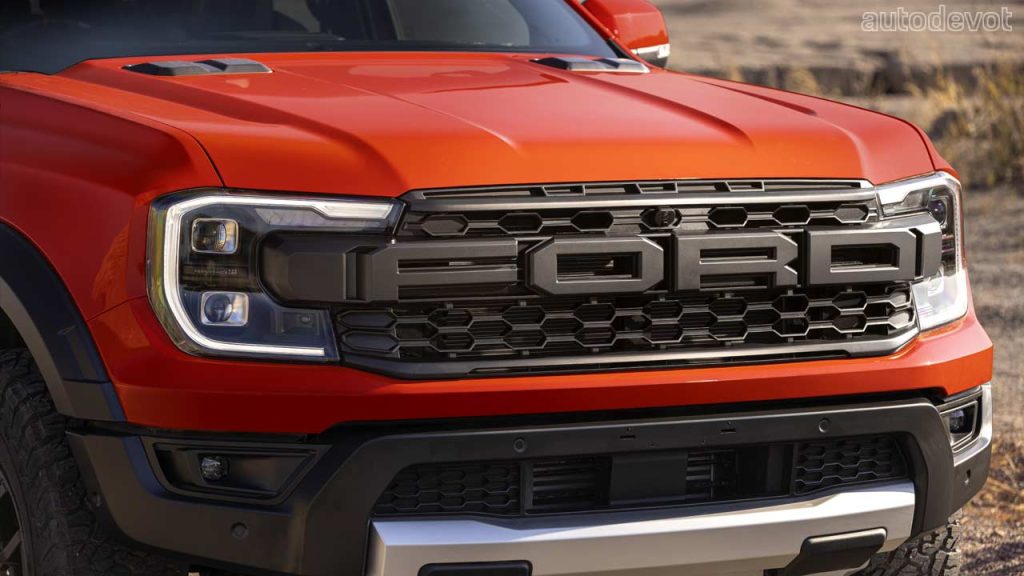 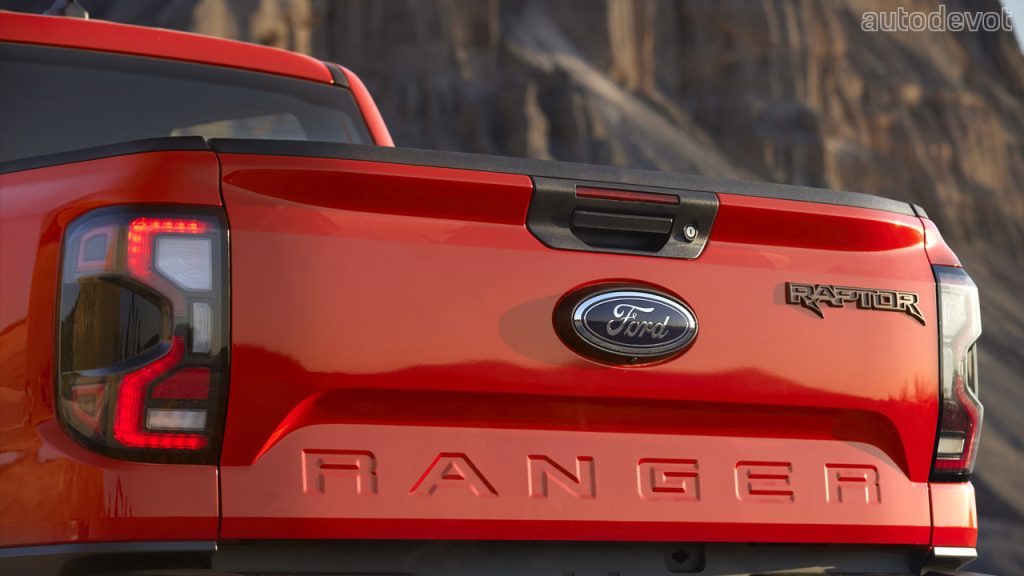 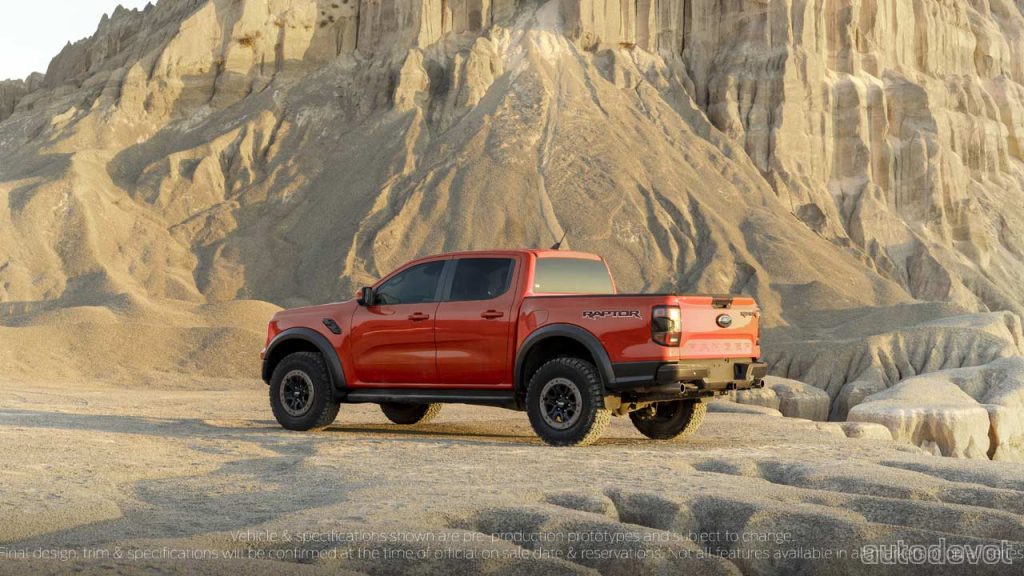 Visually, the ute wears the Raptor-typical black F-O-R-D grille at the front as a main distinguishing factor. It also gets its own unique front bumper; a 2.3 mm-thick high-strength steel bash plate; 17-inch wheels (beadlock-capable optional) wrapped with BFGoodrich all-terrain KO2 tyres, and of course, black wheel arches. The front bash plate is said to not only shield the engine and transfer case, but also the radiator, steering system, front cross member, engine sump and front differential.

And of course, the Ranger Raptor also boasts suspension upgrades. Soaking up those humps and bumps are next-gen FOX 2.5-inch Live Valve Internal Bypass shocks with position-sensitive damping capability. These shock absorbers are said to be the most sophisticated ever on a Ranger Raptor and are filled with Teflon-infused oil that is claimed to reduce friction by around 50% compared with those on the previous Raptor. 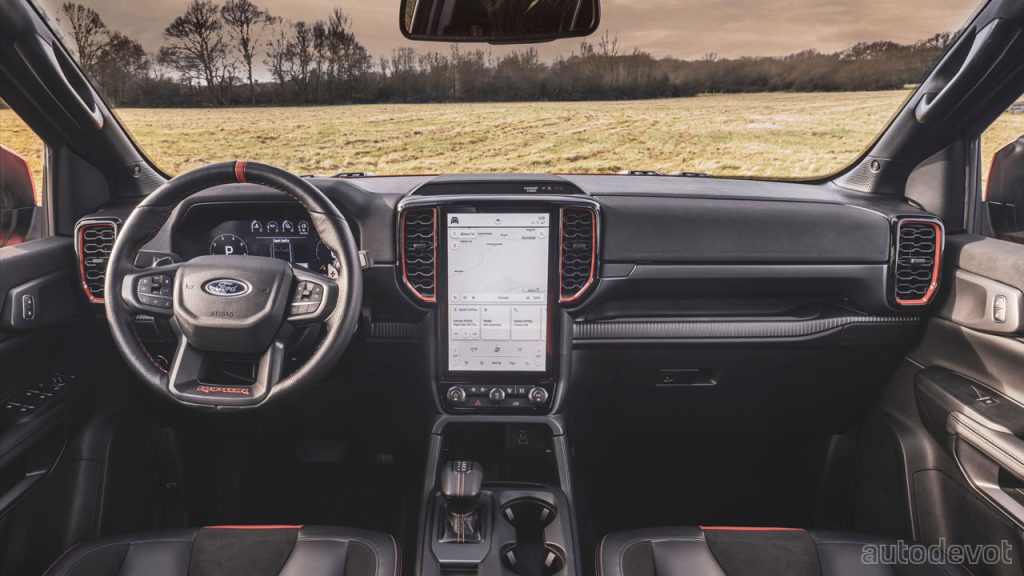 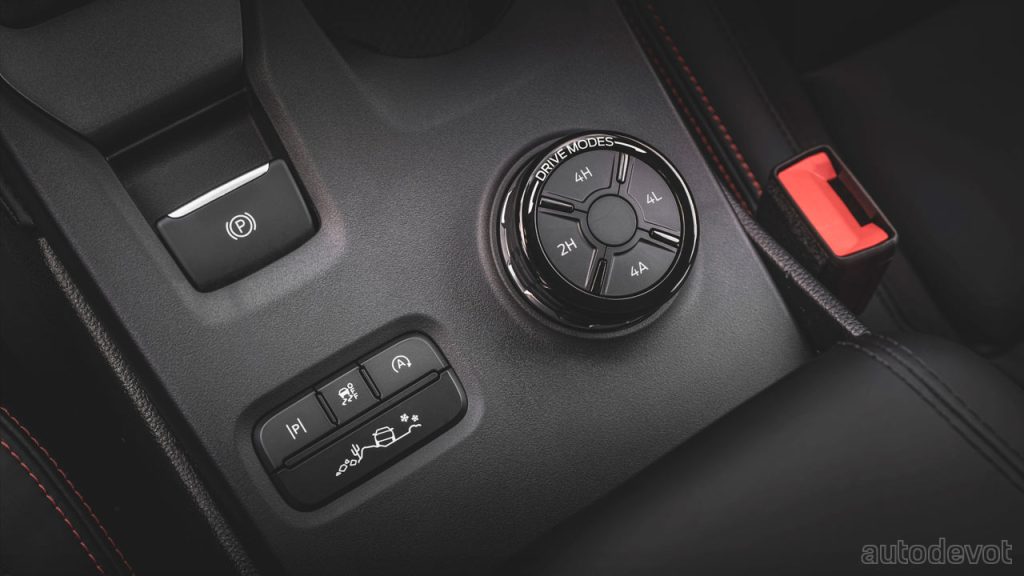 Inside, the new Ranger Raptor gets a 12.4-inch digital cluster, a 12-inch SYNC 4A centre touchscreen, wireless Android Auto & Apple CarPlay connectivity, Bang & Olufsen audio system, Code Orange accents, and jet fighter-inspired sports seats. But that’s not what we are really interested to know, is it?

What we are interested to know is what lies under the bonnet. And what lies under the bonnet is a 3.0-litre twin-turbo EcoBoost V6 petrol engine that pumps out 292 kW (397 metric hp) at 5,650 rpm and 583 Nm (430 lb-ft) of torque at 3,500 rpm. The engine is coupled with a 10-speed automatic gearbox and a two-speed transfer case. The front and rear diffs are electronically lockable. The ute also boasts an active exhaust system.

The off-road only Baja mode must be an interesting one to use, because according to Ford, it keeps the turbochargers spinning for up to 3 seconds after the driver lifts off the throttle, allowing for faster resumption of acceleration out of corners or between gears when the driver gets back on the accelerator.