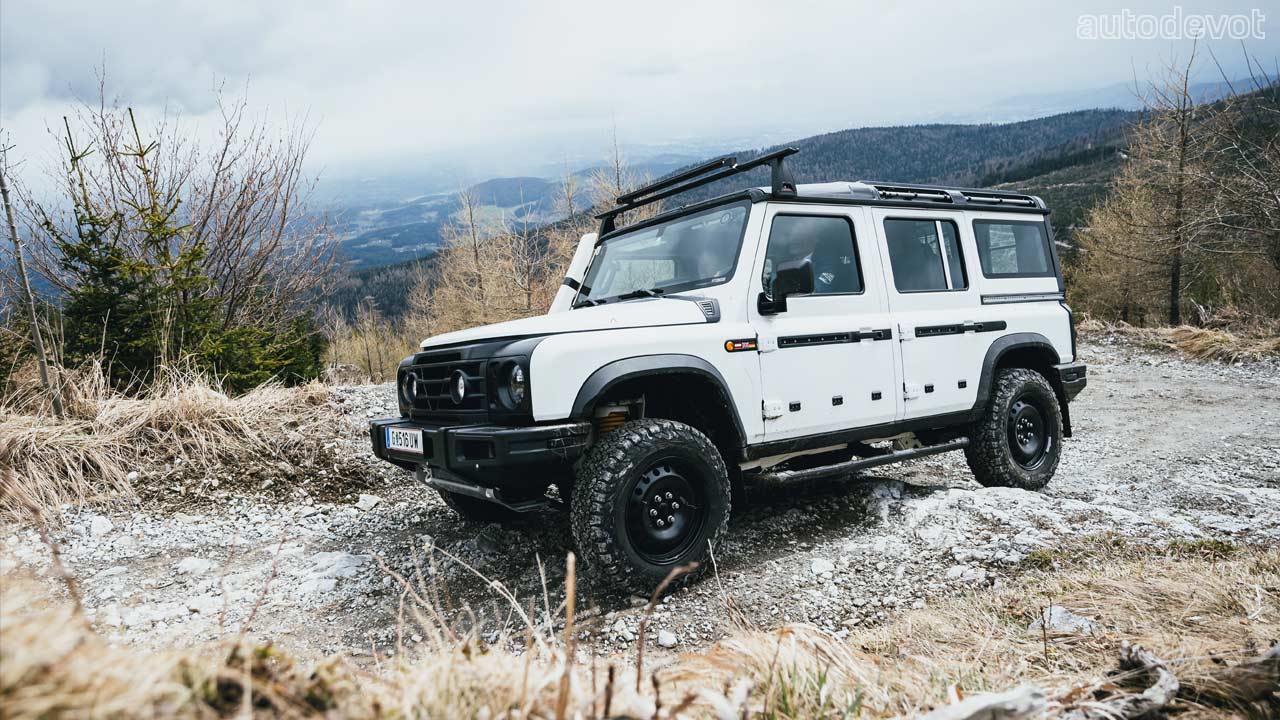 An old-school off-roader a retired brigadier often dreams of?

Depending on where you live, you’ve probably never heard the name ‘Ineos’ before, but the British company has been in existence for over two decades—not building cars, of course, but mainly producing chemical-based products. I’m totally making this up, but founder Sir Jim Ratcliffe probably on a Sunday evening decided that “you know what? I think I should also produce another type of chemical”. “What’s that?” a friend asked. “Dopamine, a chemical that gets released in your brain when you do pleasurable things”. Of course, he didn’t mean that literally, but what he came up with is this Ineos Grenadier. 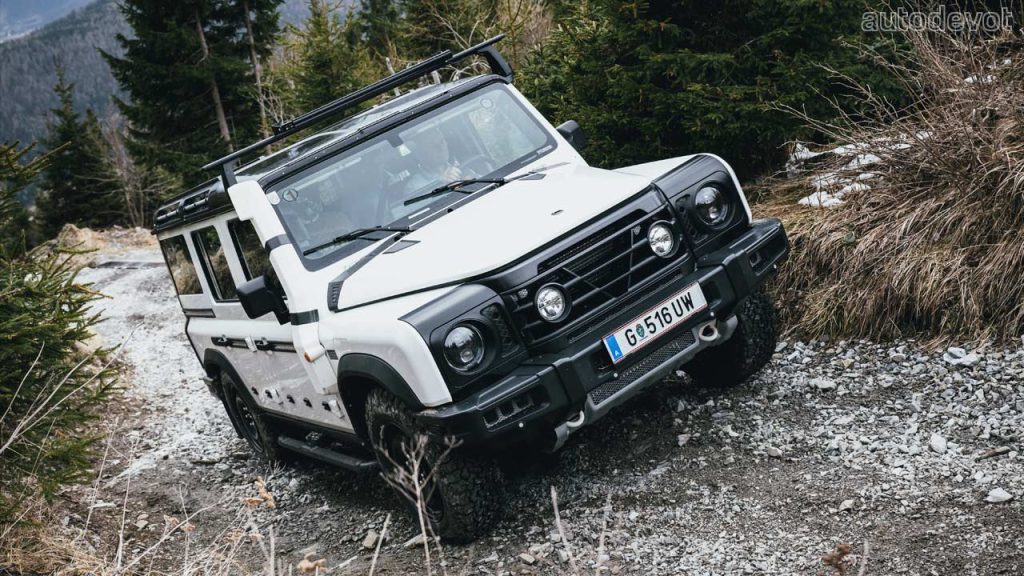 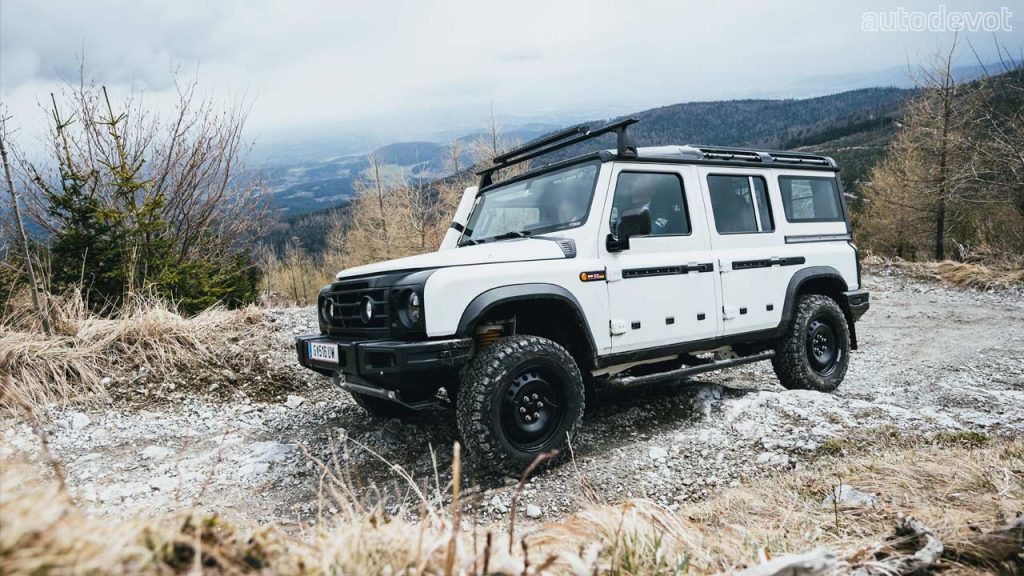 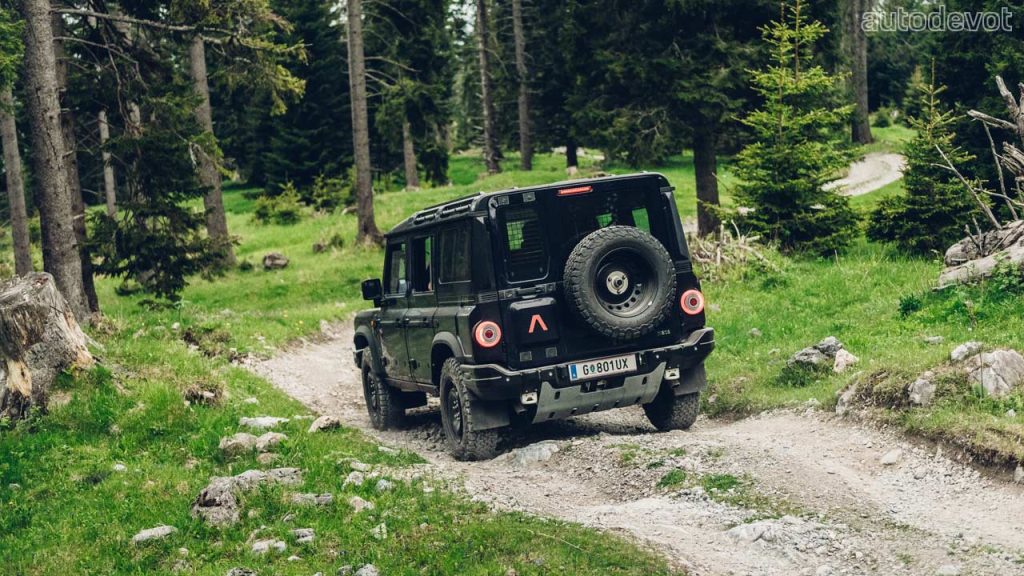 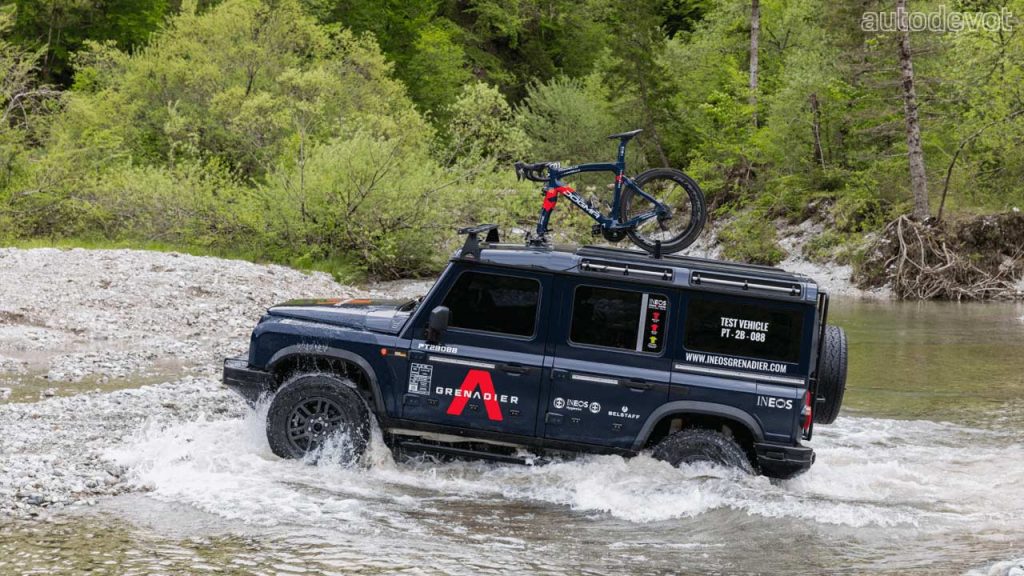 Visually, it looks like an old Defender restomod, and that’s probably the idea. But that’s not the case, Ineos has partnered with industry veterans such as Magna Steyr, BMW, ZF and Carraro to develop the Grenadier. It’ll be manufactured at the Hambach plant the company acquired from Mercedes-Benz last year. Built around a ladder frame, the off-roader boasts solid beam axles by Carraro and traditional coil springs with ZF heavy-duty dampers, in addition to triple locking differentials, a ground clearance of 264 mm, a wading depth of 800 mm, and approach, breakover and departure angles of 35.5, 28.2 and 36.1 degrees, respectively. 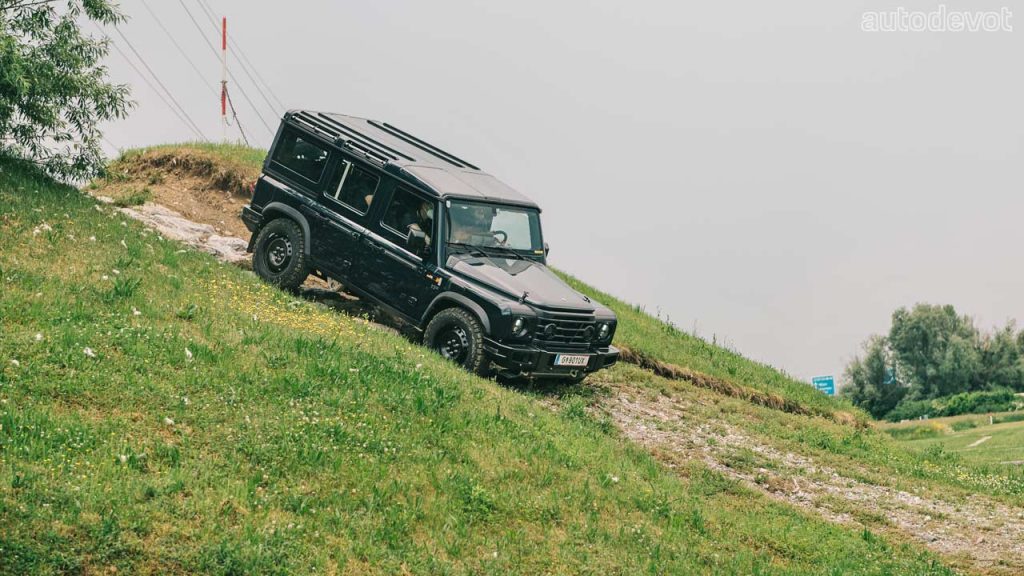 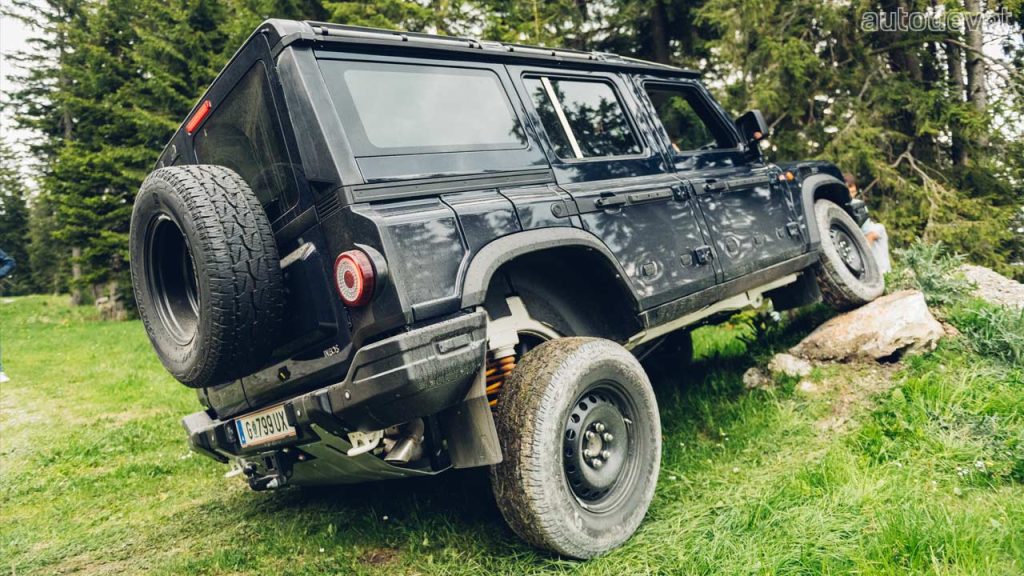 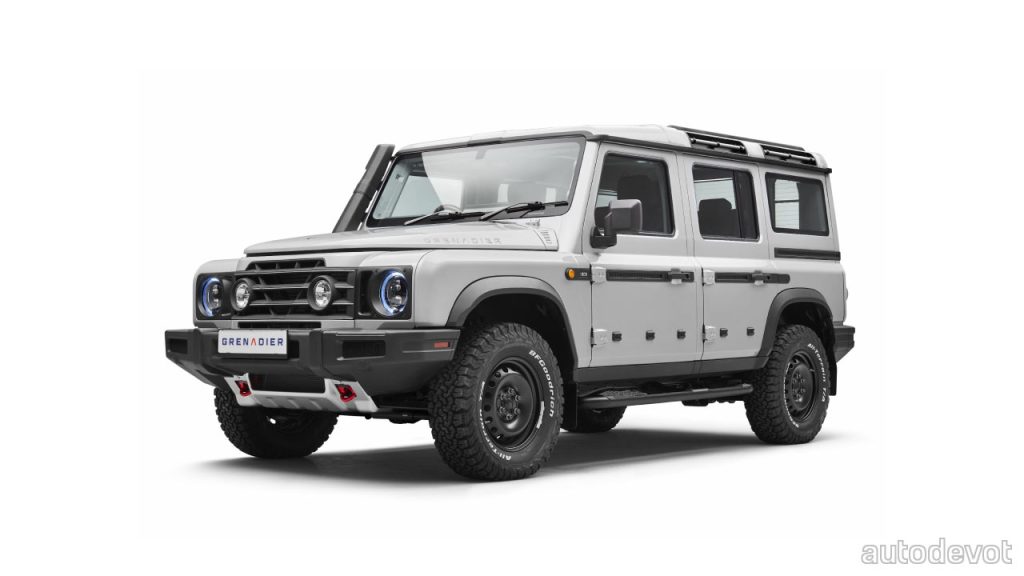 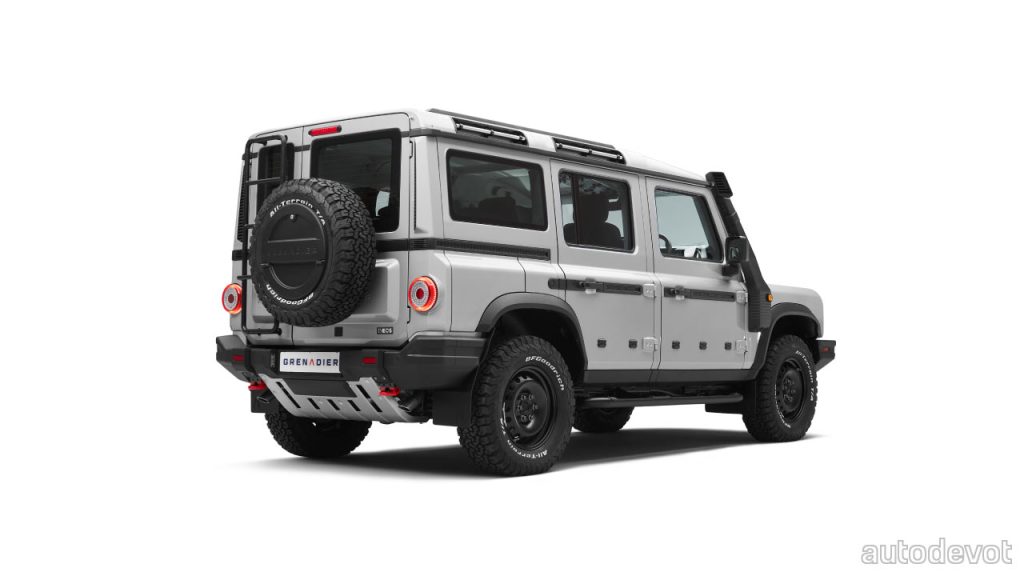 And BTW, the Safari Windows above the driver and front passenger are optional, as are the Utility Belt on the doors and a ladder at the back. For anyone interested to know the dimensions of the Grenadier, well, it measures 4,927 mm long with a full-size spare wheel, 1,930 mm wide (excluding mirrors), 2,033 mm tall, and has a wheelbase of 2,922 mm. Those numbers are pretty close to the current L663 Defender 110. 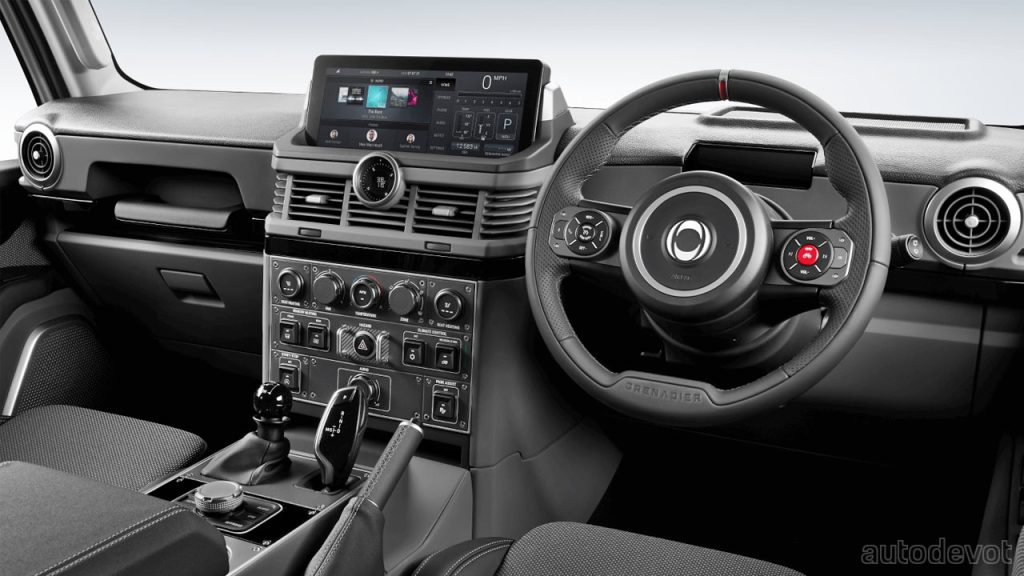 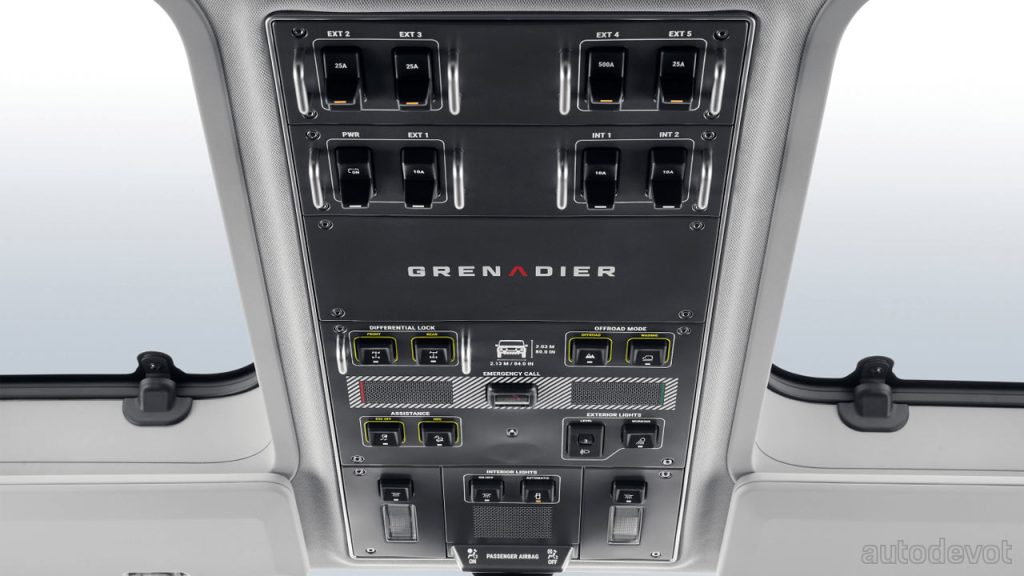 Inside, it appears that the Grenadier has borrowed a li’l bit more than just the engines from BMW, but that’s understandable. A 12.3-inch touchscreen sits proudly in the middle of the dashboard, but there are a lot of physical controls—which are always a welcome feature in the era of touchy douchey stuff. There are even some on the roof, including buttons to lock front and rear diffs.

Ineos is currently accepting reservations for the Grenadier from select markets for £450 (fully refundable). Prices start at £48,000.