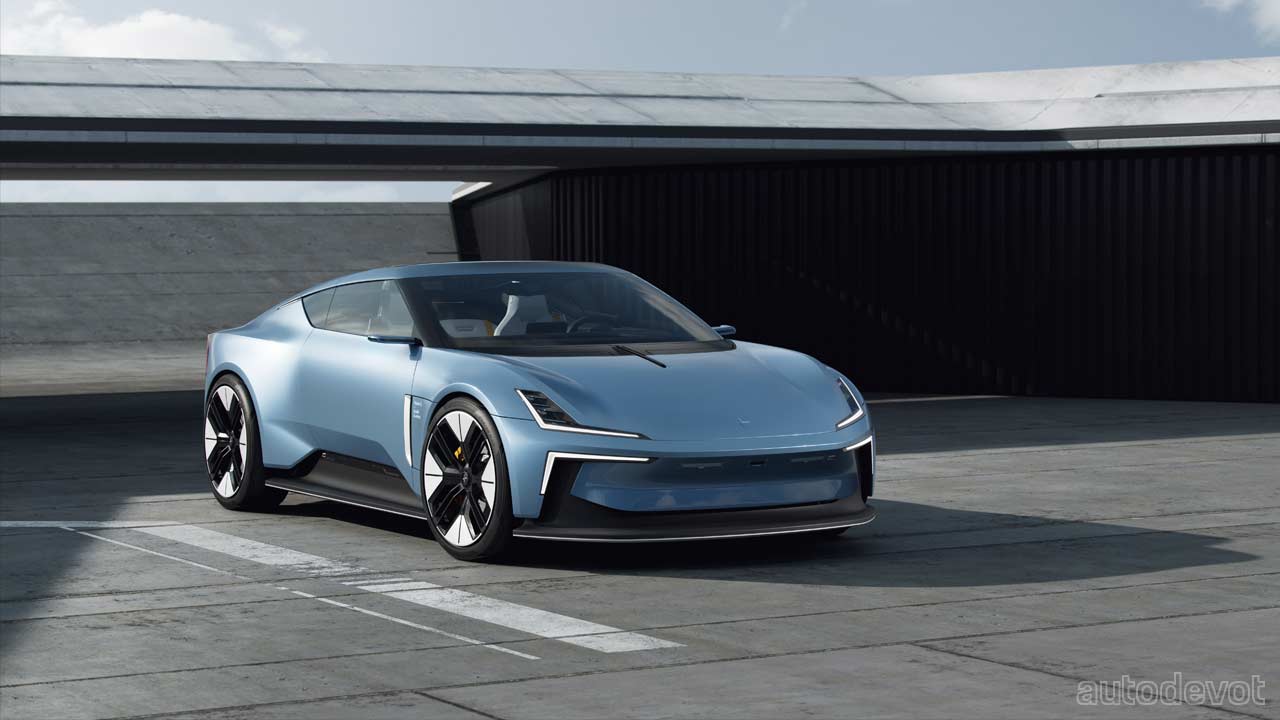 After the Polestar Precept and Polestar 5 concepts, Polestar’s design team has revealed yet another stunning concept called Polestar O2 (stylized as O₂), which is expected to make its production debut in 2024. Unlike the aforementioned 4-door GT concepts, the Polestar O2 is a two-door hard-top convertible. And it also comes with its own autonomous drone, which we’ll talk about in a minute. 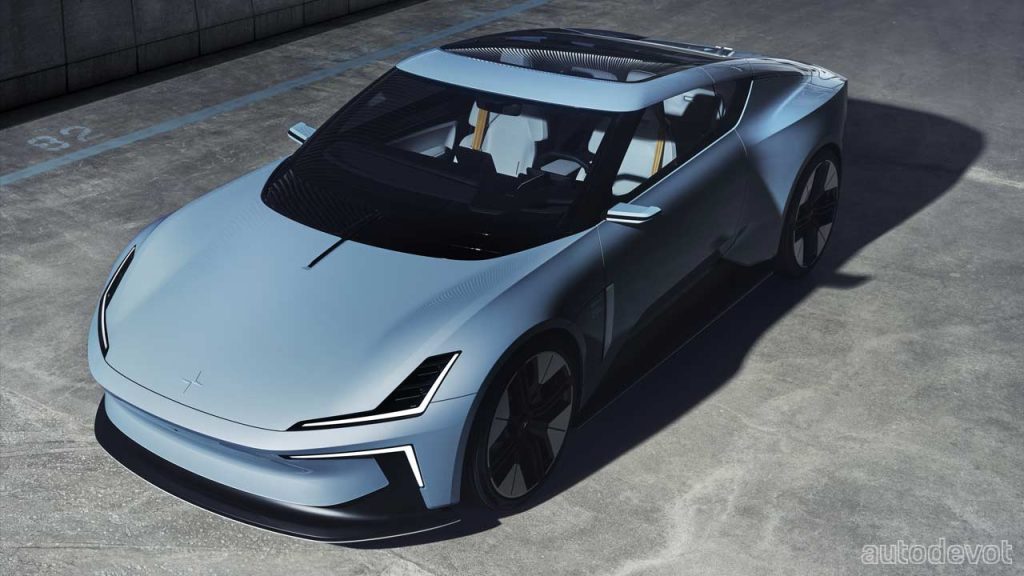 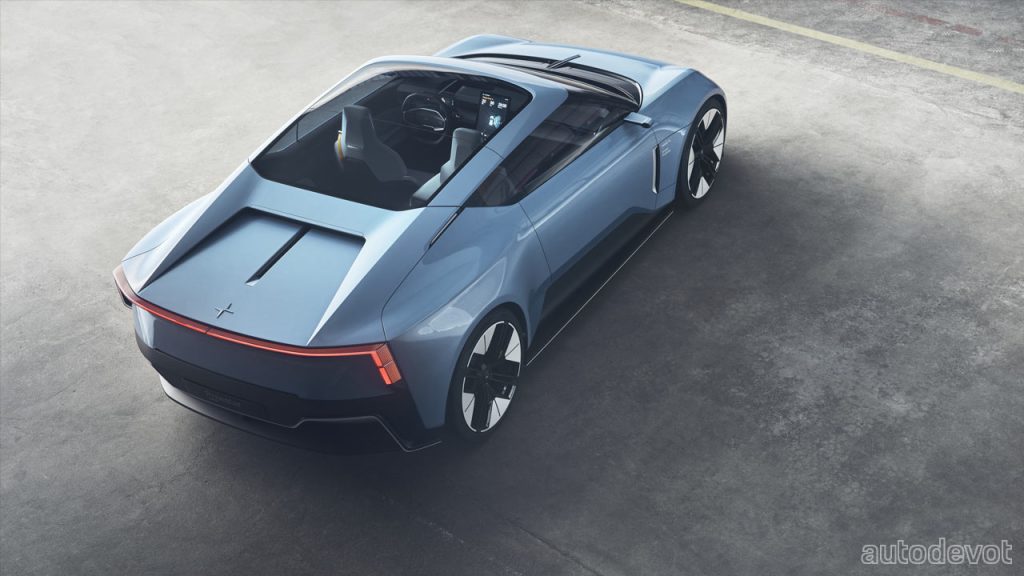 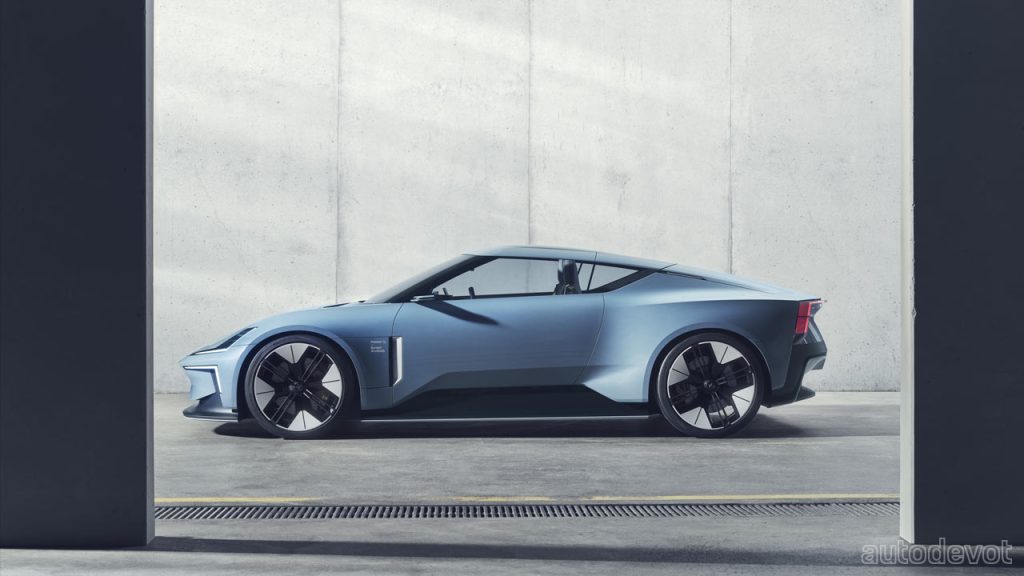 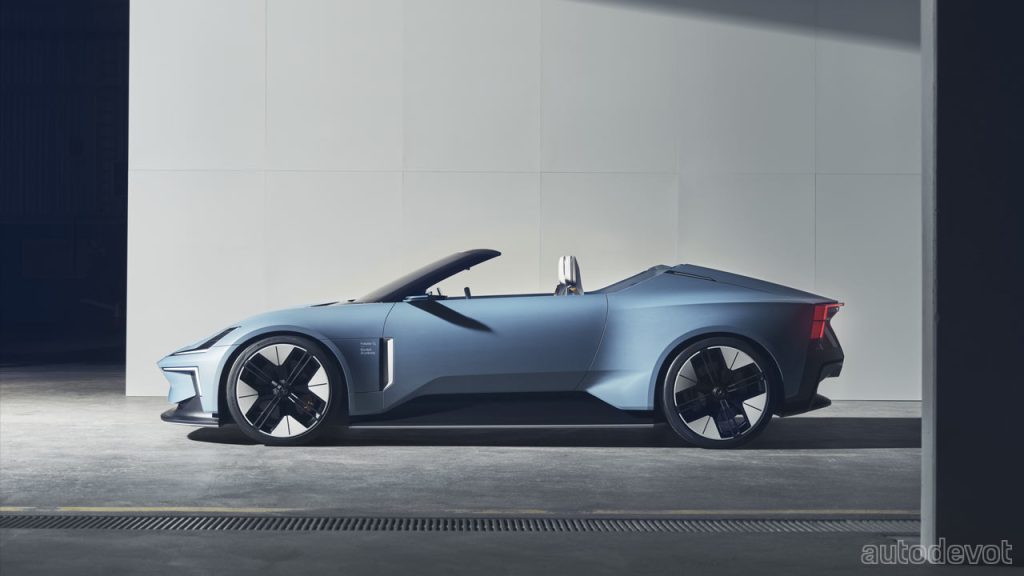 The Polestar O2 almost looks like a shrunken version of the Polestar Precept, but with perfect proportions. It has got the same running light signatures front & rear, and very similar character lines and muscular haunches on the side. Also, is it just me that the car’s top-rear-three-quarter angle gives off the Bugatti La Voiture Noire vibes?

But either way, it’s a stunner, isn’t it? Which is hardly surprising given the fact that ex-designer Thomas Ingenlath is the CEO of the brand. But Polestar’s current head of design is Maximilian Missoni, who says, “this car is a meeting point between technology and art, between precision and sculpture, with a determined but not aggressive stance”. 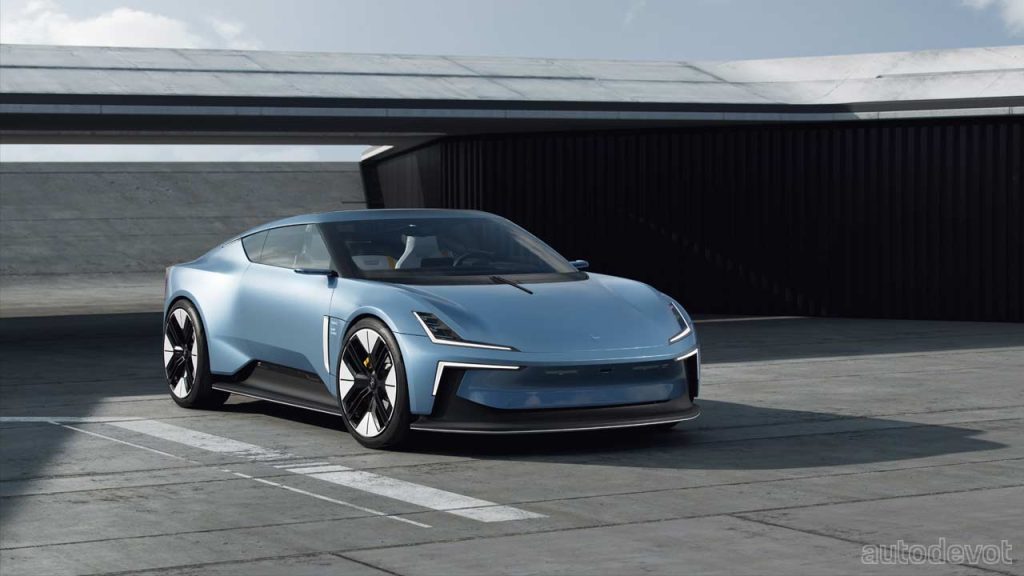 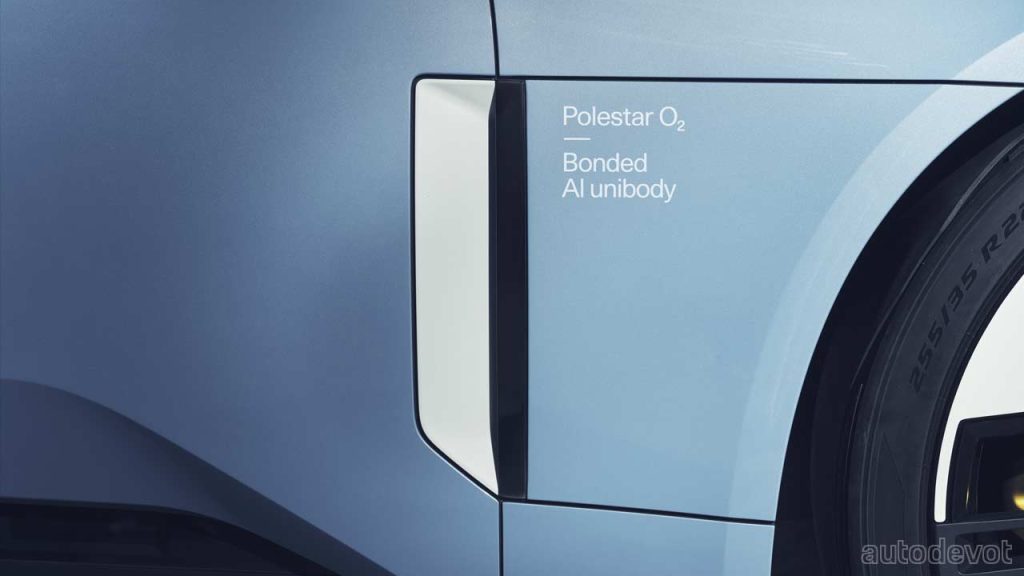 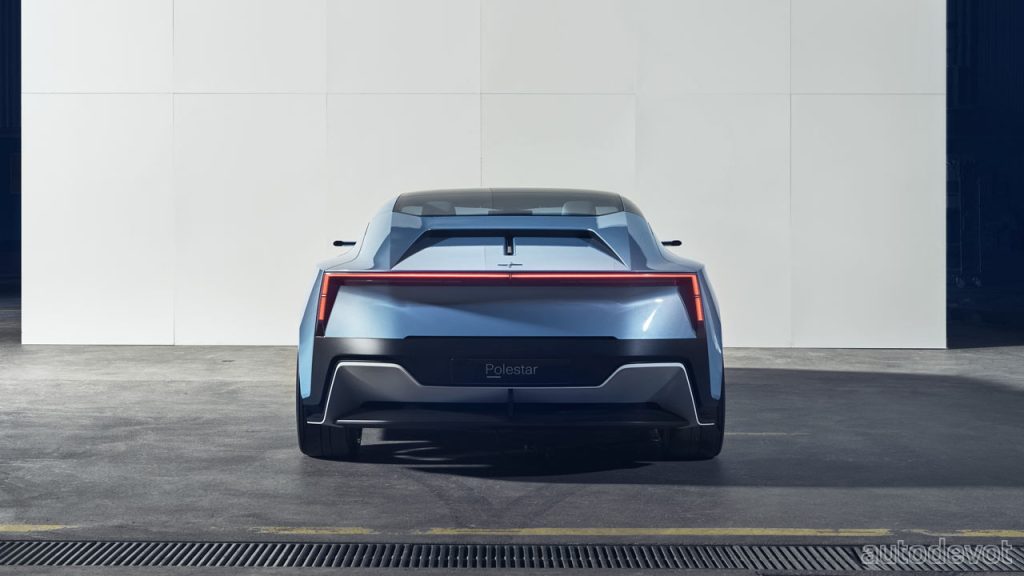 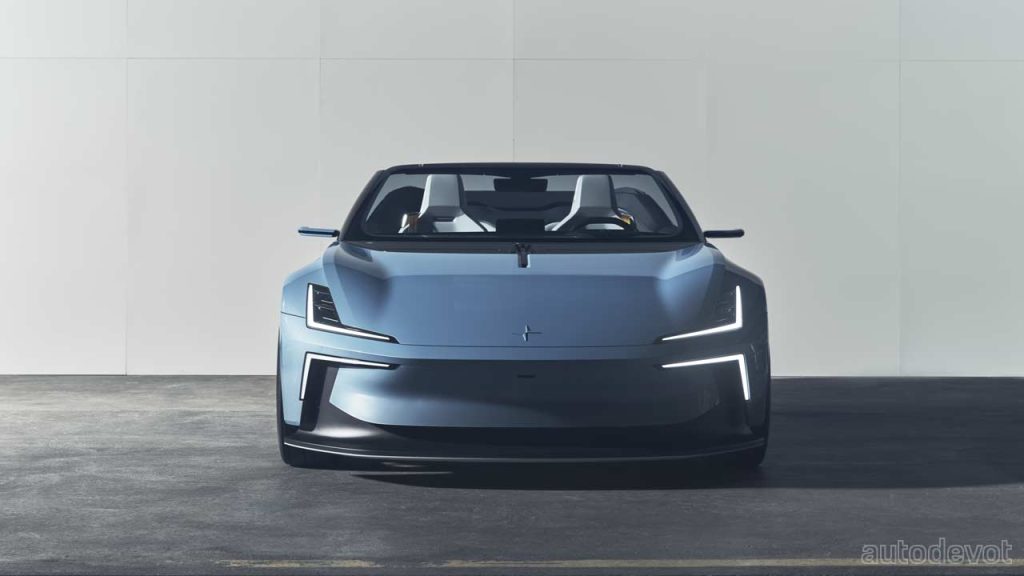 The Polestar O2 is built around a bespoke bonded aluminium platform developed in-house by Polestar’s R&D team in the UK. The upcoming Polestar 5 is gonna use a similar platform, but for the O2, it is tuned to match the car’s heightened dynamics. And in case you’re wondering about that slit in the rear—behind the rear seats, it acts as a rail for the drone to slide out from the back. Watch the following video to better understand:

Why there’s a drone you ask? Well, apparently, to film the car while it is in motion, and of course, to share it later on social media. You know, to make yourself feel like a superstar. Developed in collaboration with Aerofugia’s consumer electronics brand Hoco Flow, the concept drone operates autonomously, following the car at speeds up to 90 km/h (56 mph). The driver can choose from different modes for the drone, and after filming, it can autonomously return to the car. Video clips can be edited and shared directly from a 15-inch central display when the car is parked. 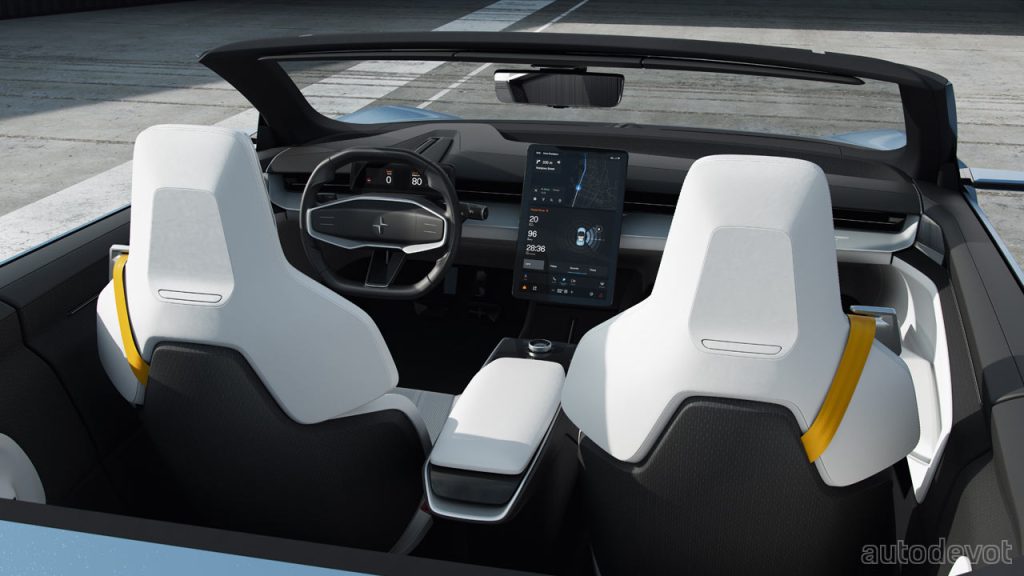 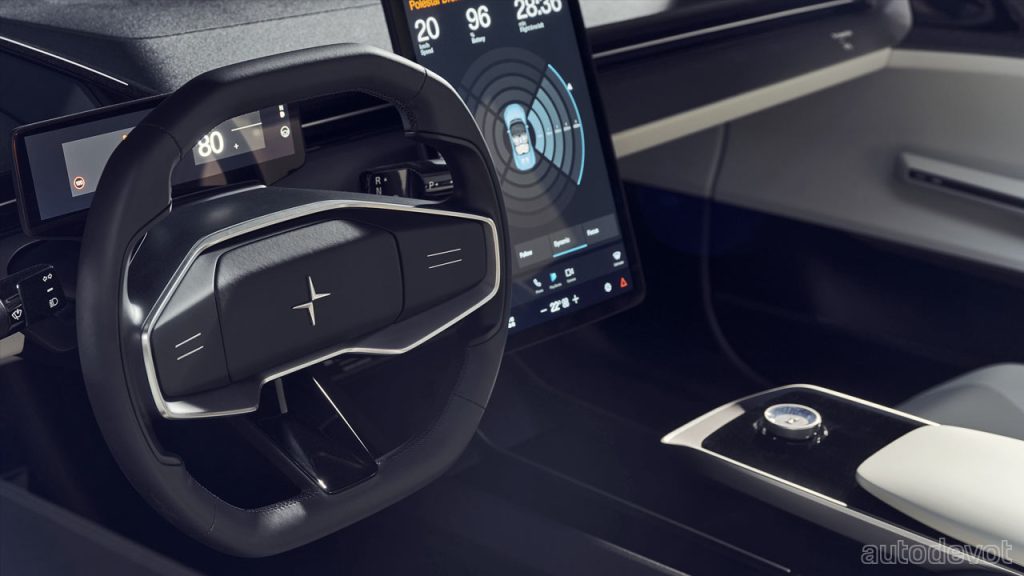 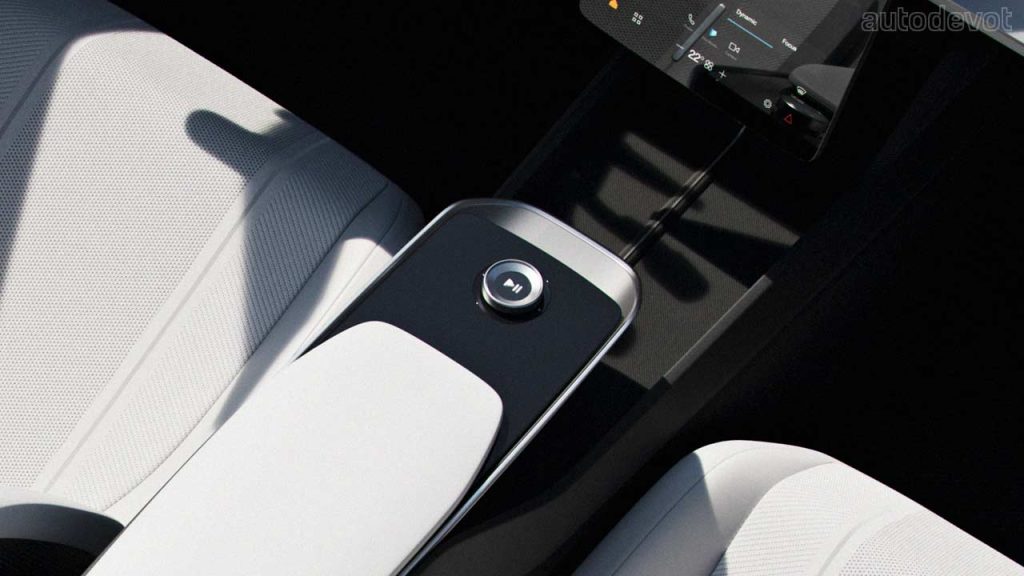 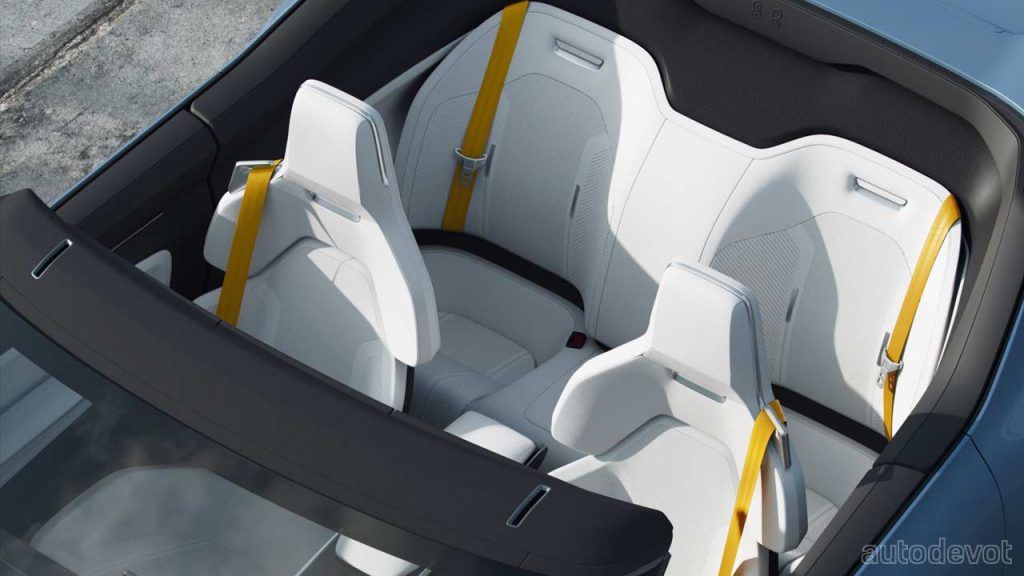 Inside, sustainability is the order of the day, as you can expect. Recycled polyester is the sole material used for all the soft components, such as foam, adhesive, 3D knit fibres and non-woven lamination. The color theme inside is very Polestar-typical, with yellow belts offering a great contrast.

No technical information is available just yet, not that it matters for this absolutely stunning work of art.