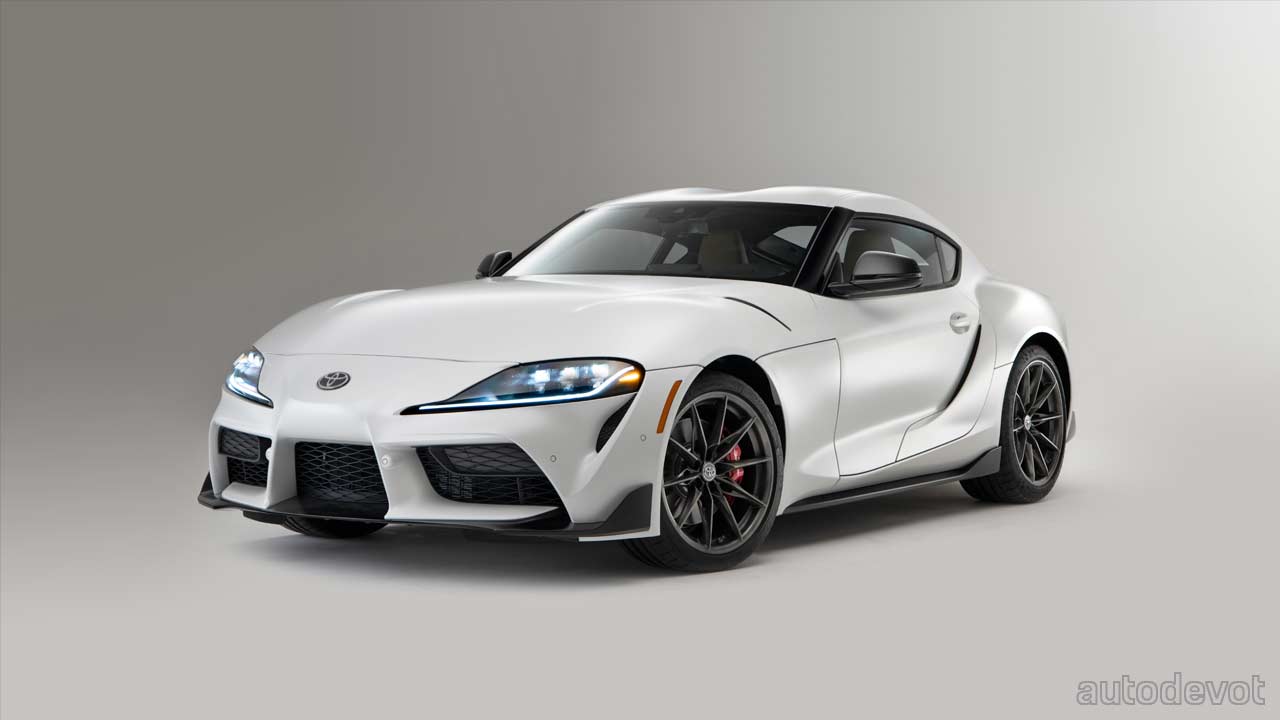 There’s no denying that the Toyota GR Supra kinda got overshadowed by its hotter sibling the GR Yaris and recently by the GR Corolla as well, despite the Japanese giant offering a couple of so-called limited editions. However, the GR Supra has now received a stick shift and three pedals, which might help find the German-Japanese sportscar some more buyers. The manual transmission is available on GR Supra 3.0, 3.0 Premium trims, and a limited A91-MT Edition model as well which is limited to 500 units—exclusive to the U.S. market. But Europeans no need to worry, the Supra Manual is coming there as well. 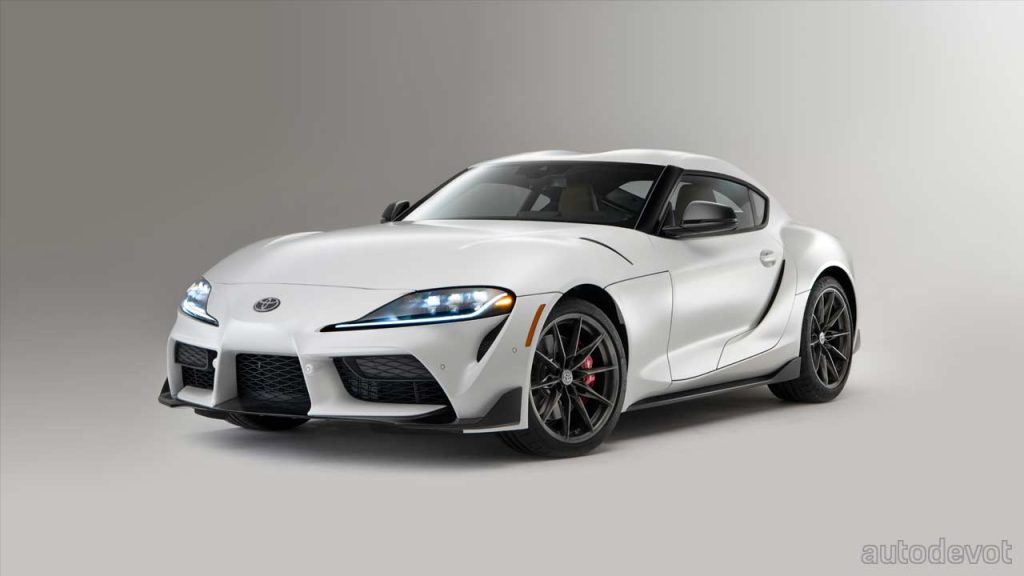 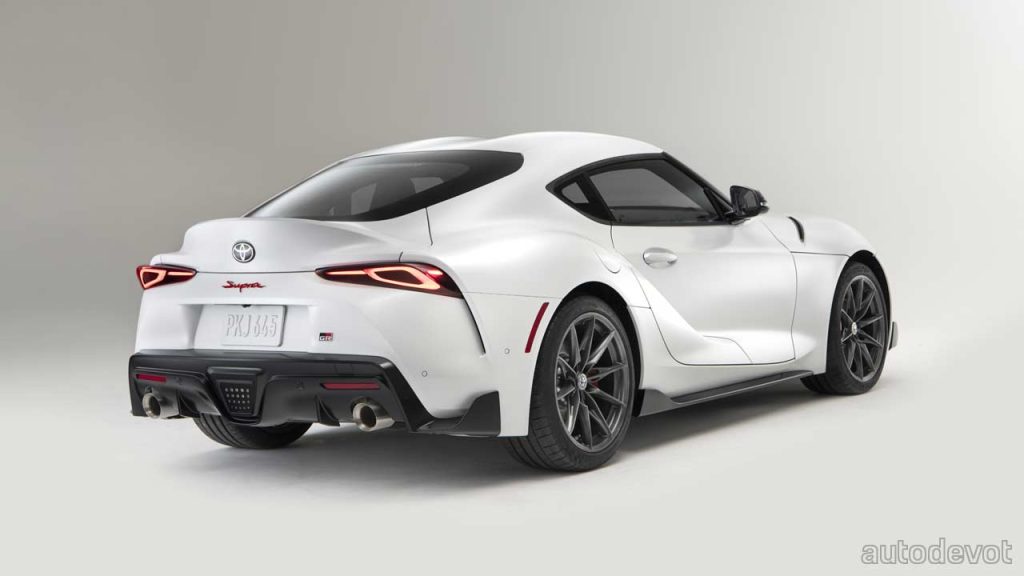 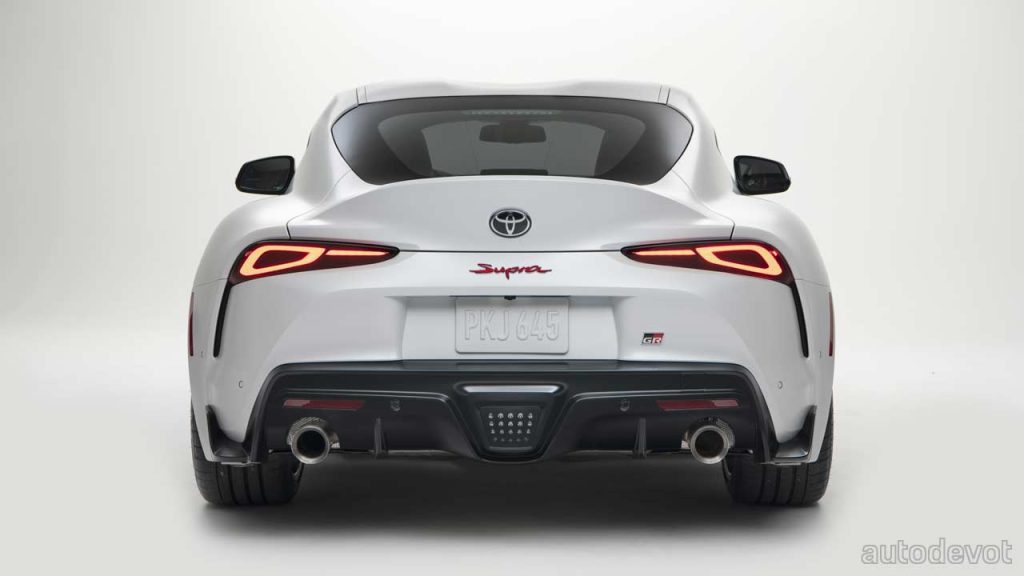 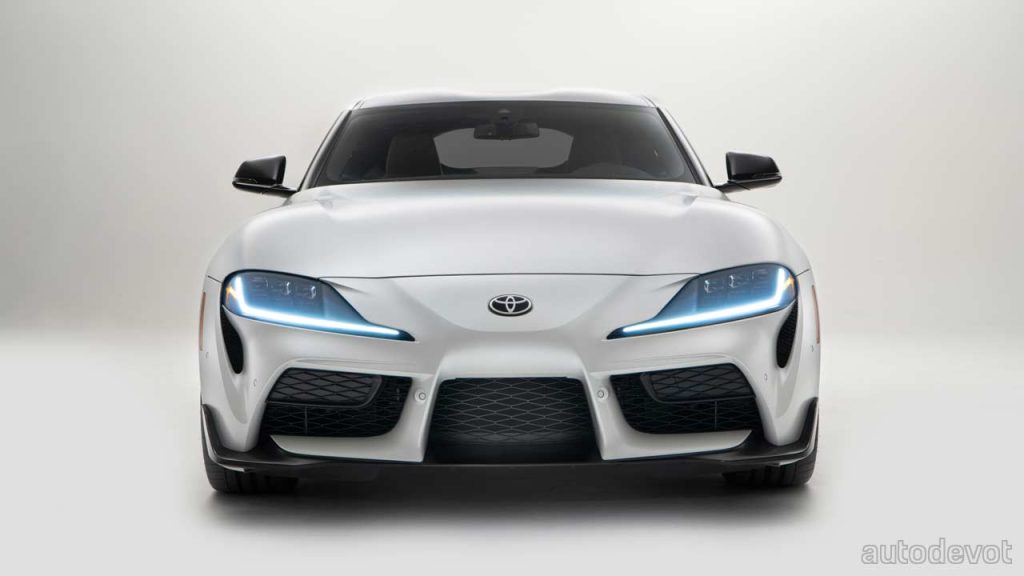 Visually, the GR Supra MT looks nothing different compared with other variants. Available colors for the MT 3.0 and 3.0 Premium will include all standard Supra colors plus a new Stratosphere Blue color—which will also be available on Supra 2.0. The A91-MT Edition will be available in Matte White and CU Later Gray, complemented with lightweight forged 19-inch Frozen Gunmetal Gray wheels. 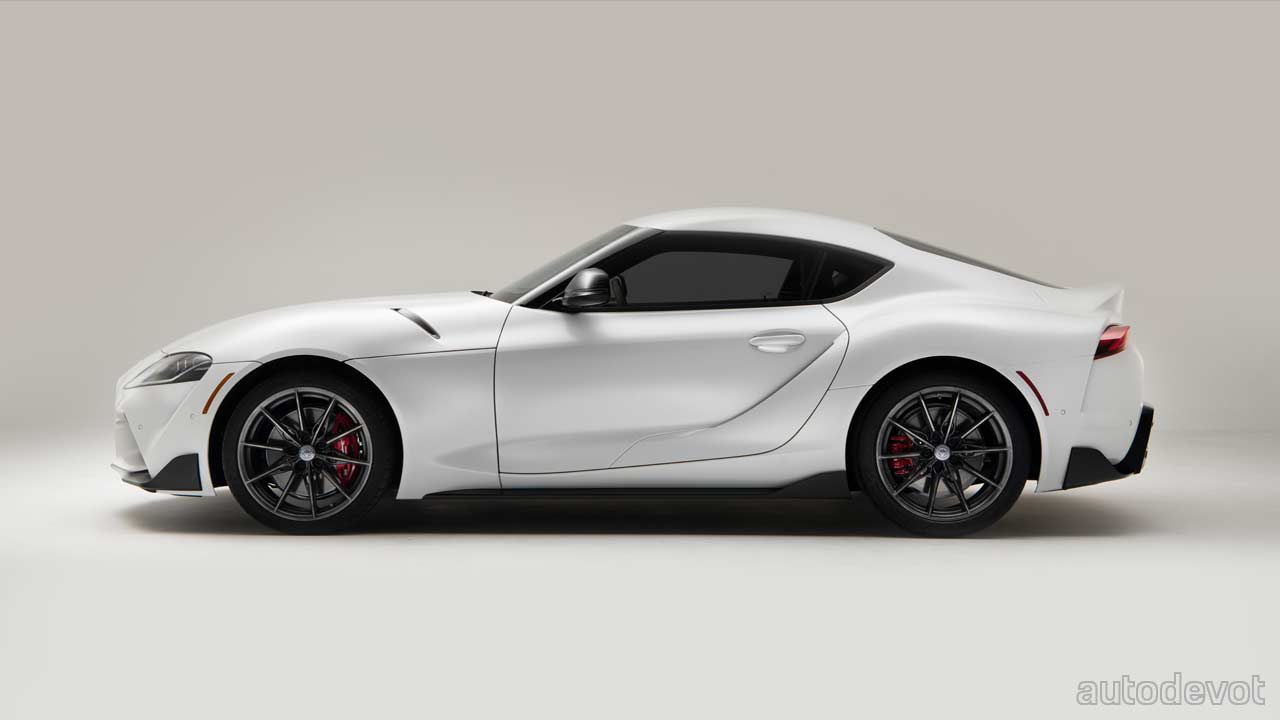 Toyota claims that all GR Supra 3.0 models have received steering and suspension retuning for even better performance. There’s a new Hairpin+ function, which as the name suggests, is claimed to tackle tight corners on an uphill gradient in a better way.

To counter the possibility of “snap-off” oversteer—something that may be hard to control with the car’s Vehicle Stability Control (VSC) alone—an Anti-Roll Program (ARP) has been adopted for both the manual and automatic versions of the GR Supra. This intervenes at an earlier point with the VSC to cover any sudden loss of grip when the car’s high-response suspension setting is used. 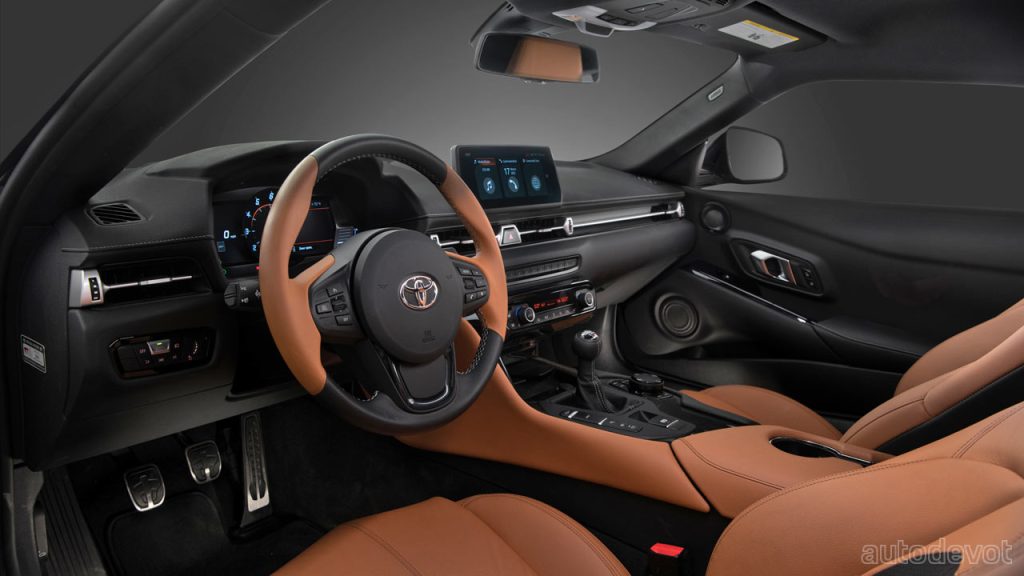 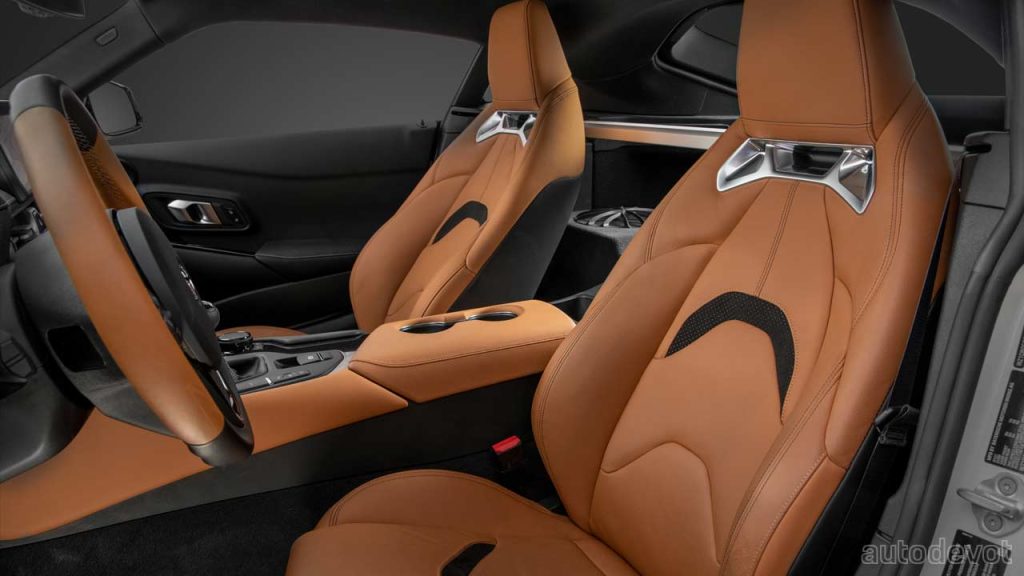 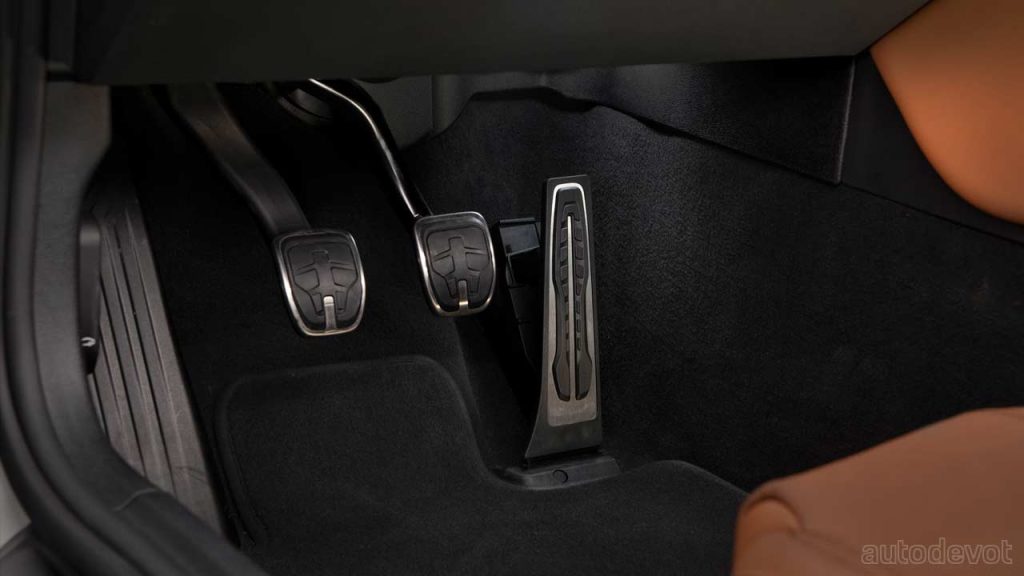 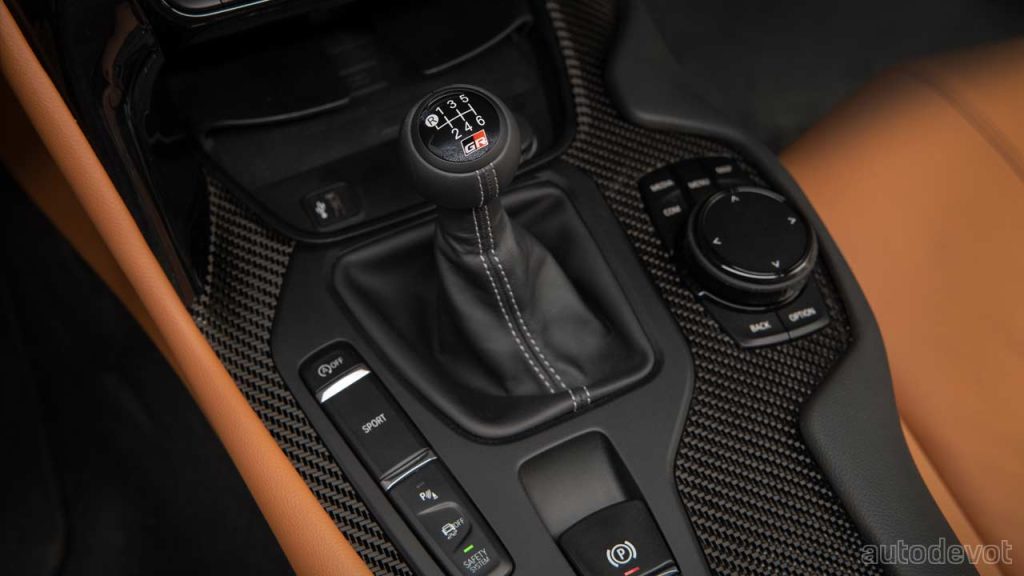