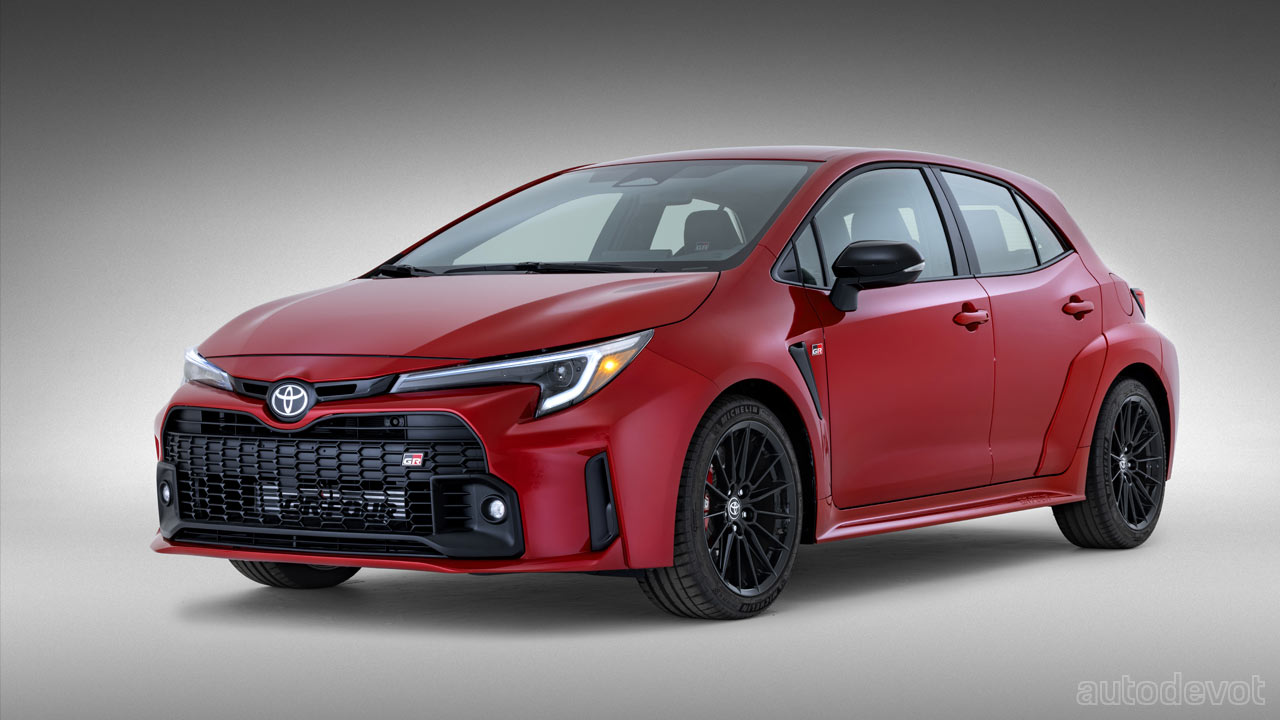 And it’s headed to the United States

Toyota might have disappointed the Americans by not giving them the GR Yaris (remember, there was even an online petition), but boy it is giving a supposedly better one called the GR Corolla. Pricing is yet to be announced, but the hot hatch will go on sale in Japan and U.S. sometime in the second half of 2022 as a 2023 model. Not sure about the European markets currently, but will update as and when the information becomes available. 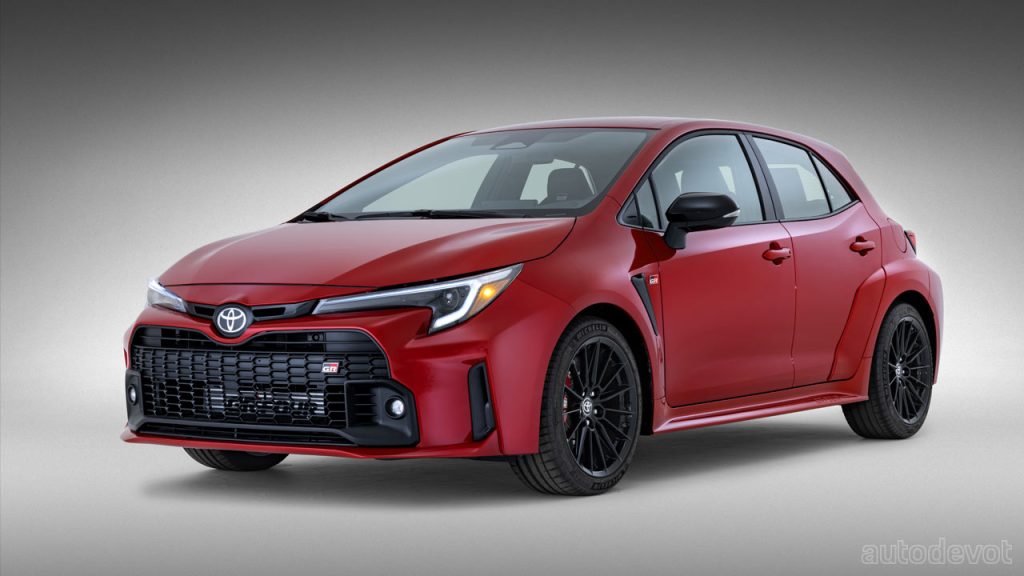 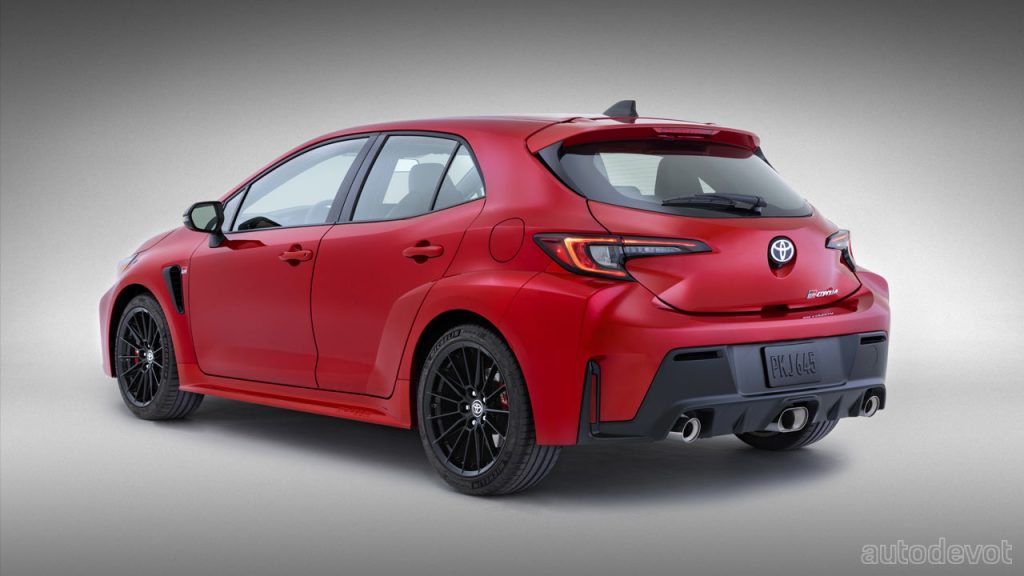 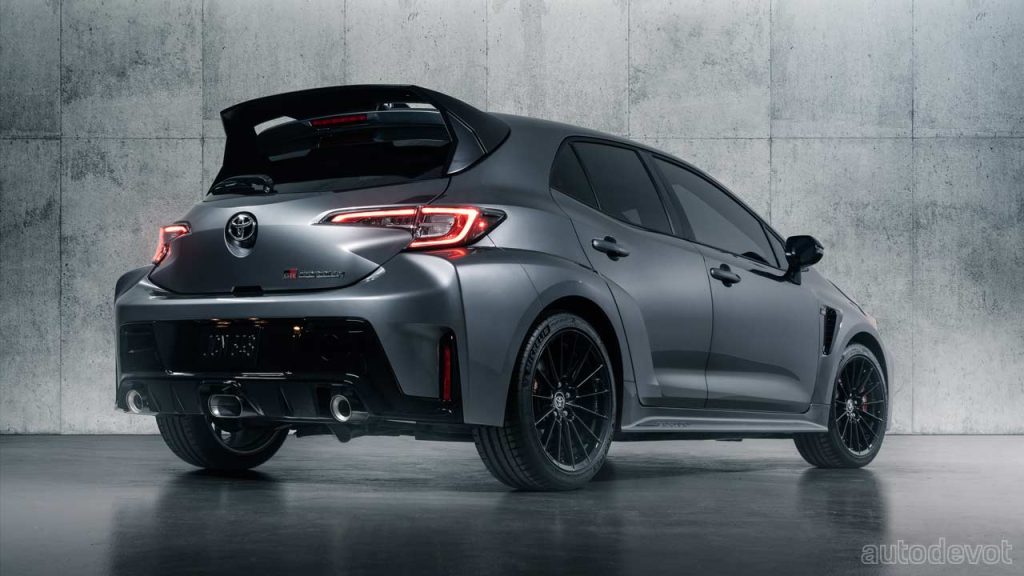 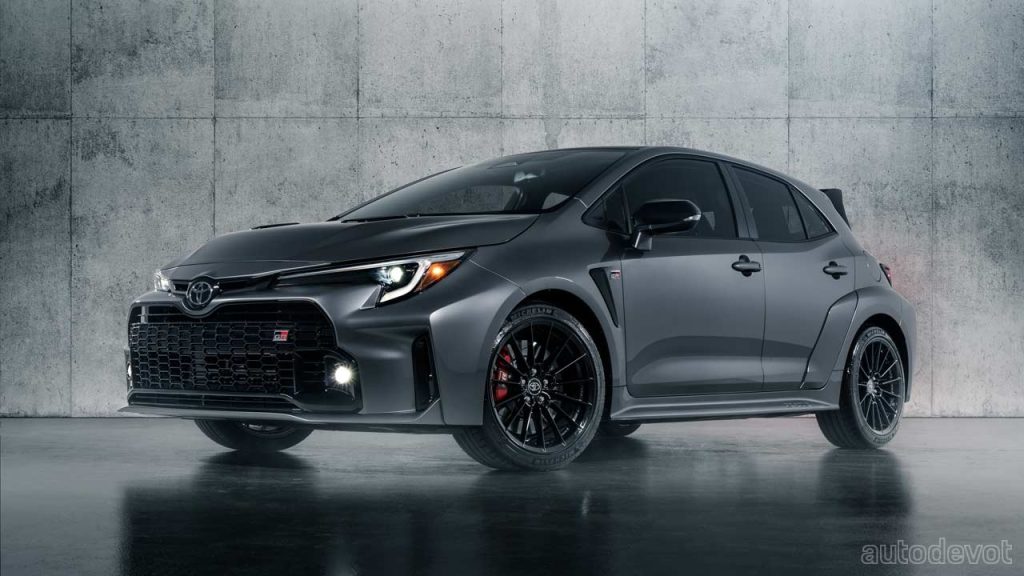 The GR Corolla will be available in two trims: GR Corolla Core and the launch-year-exclusive GR Corolla Circuit Edition (bottom photos), with the latter available in 2023. It’s the Core that is gonna be available later this year in white, black and Supersonic Red. It will have a color-keyed roof with a rear lip spoiler, and GR-Four stamped side rockers. 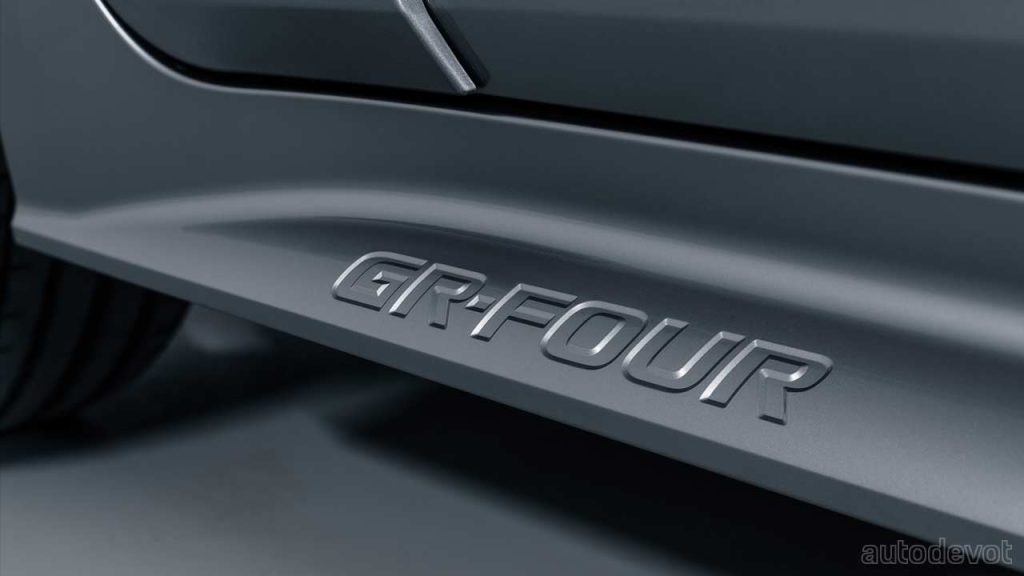 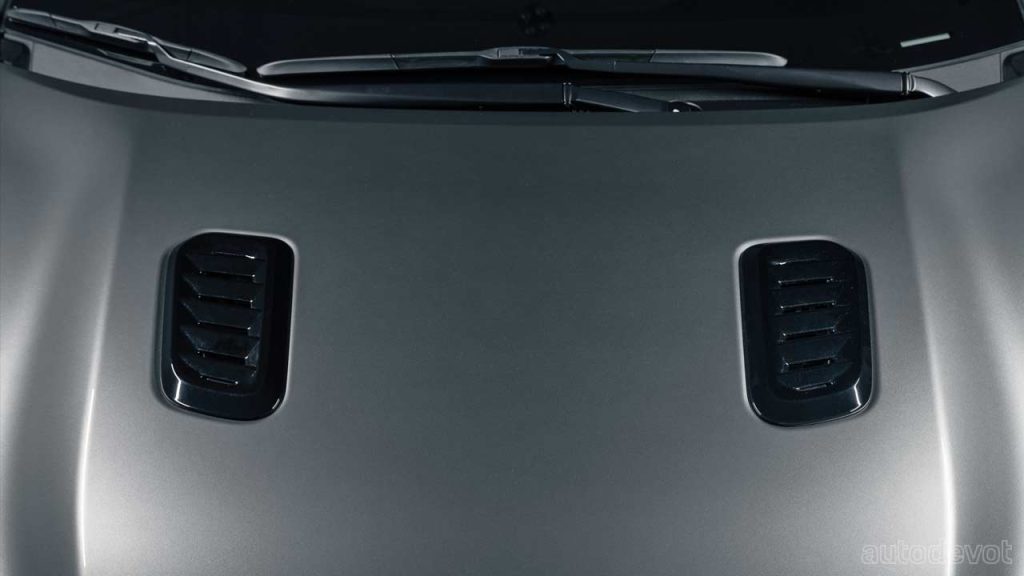 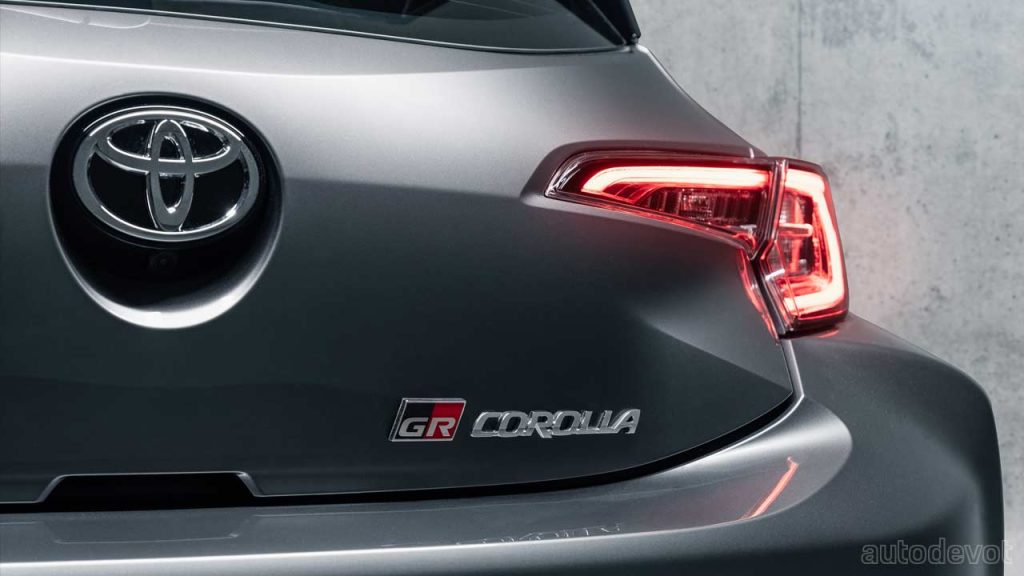 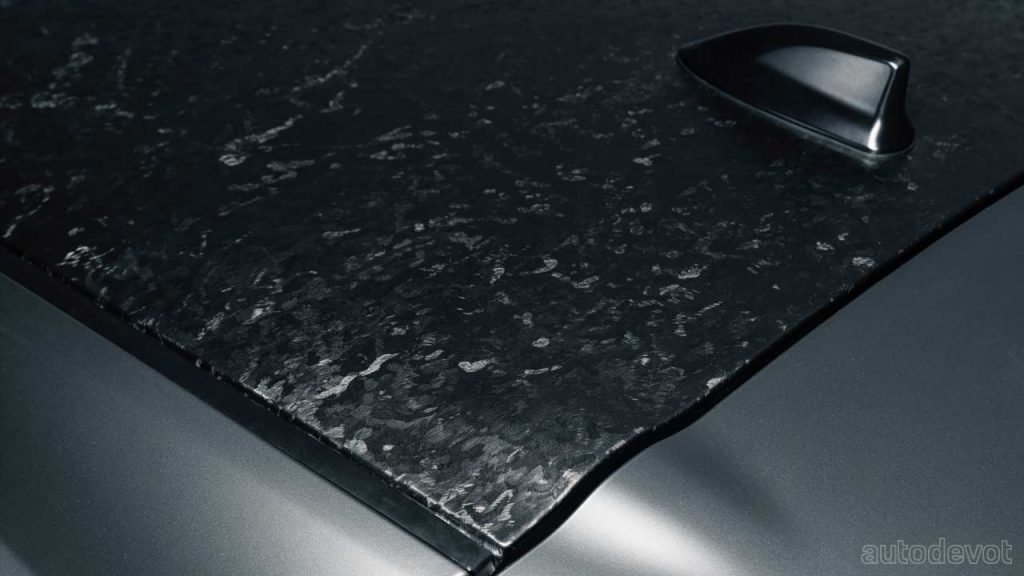 The Circuit Edition will also get GR-Four stamped side rockers, in addition to a forged carbon fibre roof, hood vents and an even bonkers-looking roof spoiler.

The hot hatch rides on gloss-black 18-inch 15-spoke alloy wheels shod with Michelin Pilot Sport 4 tires of size 235/40. Braking duties are handled by discs measuring 14-inches at the front and 11.7-inches at the rear. The calipers in the Circuit Edition are painted red with a GR logo. 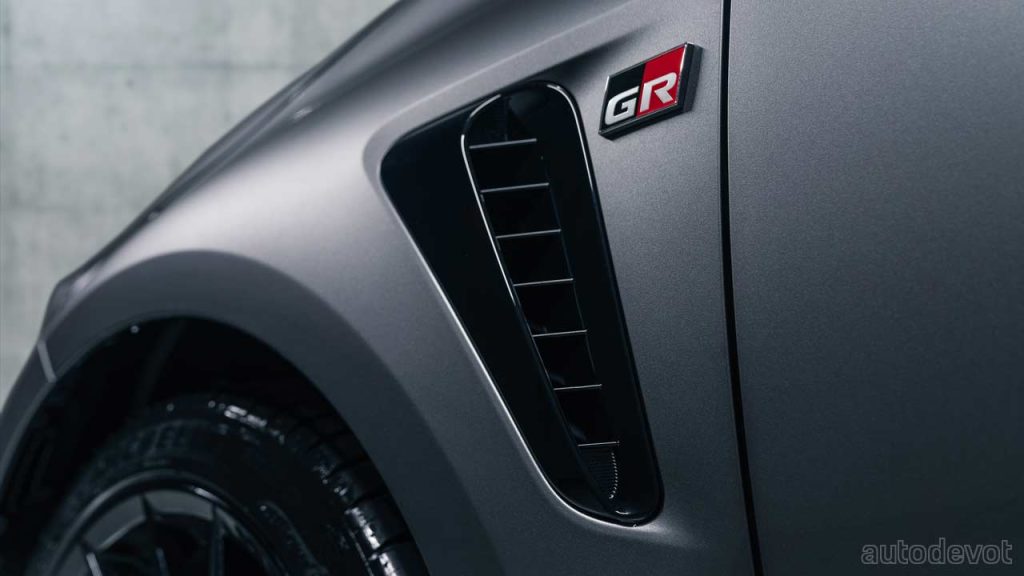 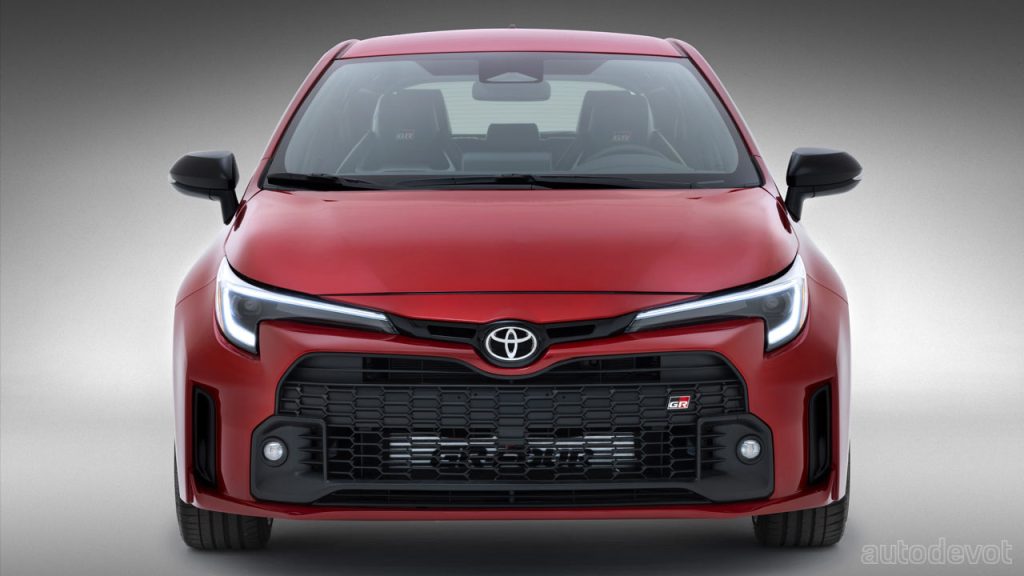 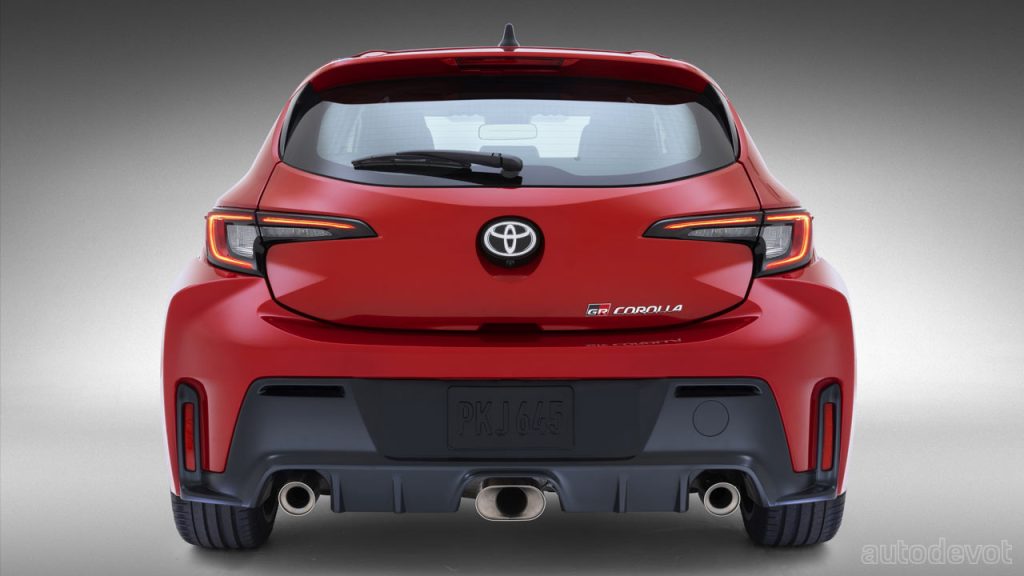 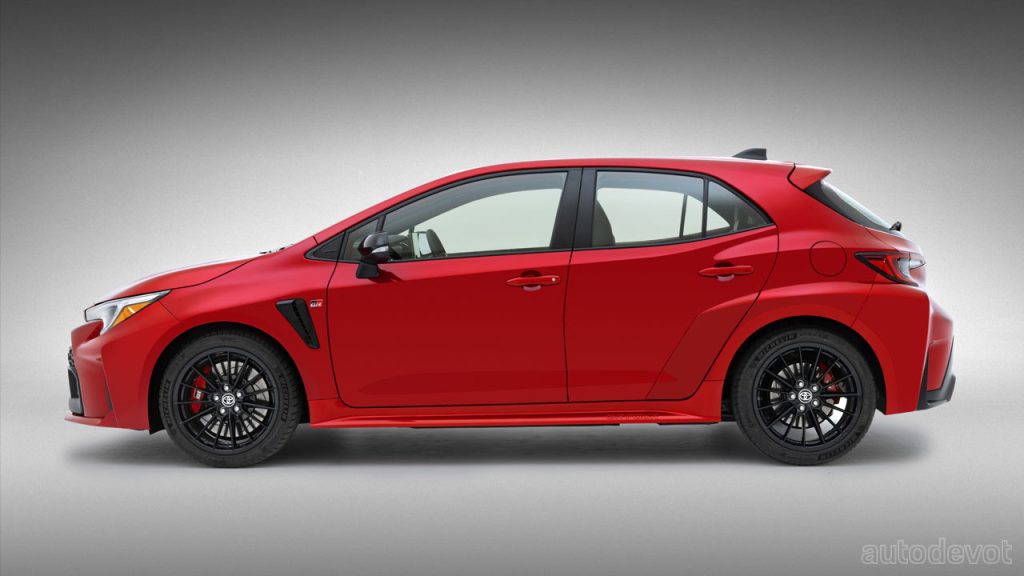 The suspension setup comprises MacPherson struts at the front and double-wishbones at the rear. Toyota didn’t mention if the suspension is adjustable in any way. But anyway, as with the GR Yaris, the GR Corolla also gets Torsen LSD at both axles. And don’t miss those triple exhausts at the rear, which are said to contribute significantly to the engine’s output figures. 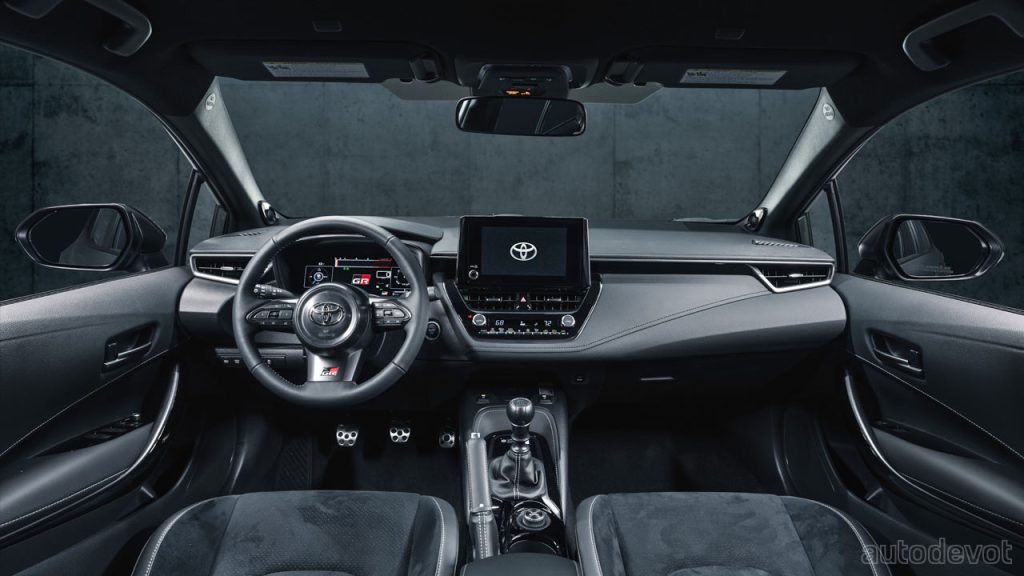 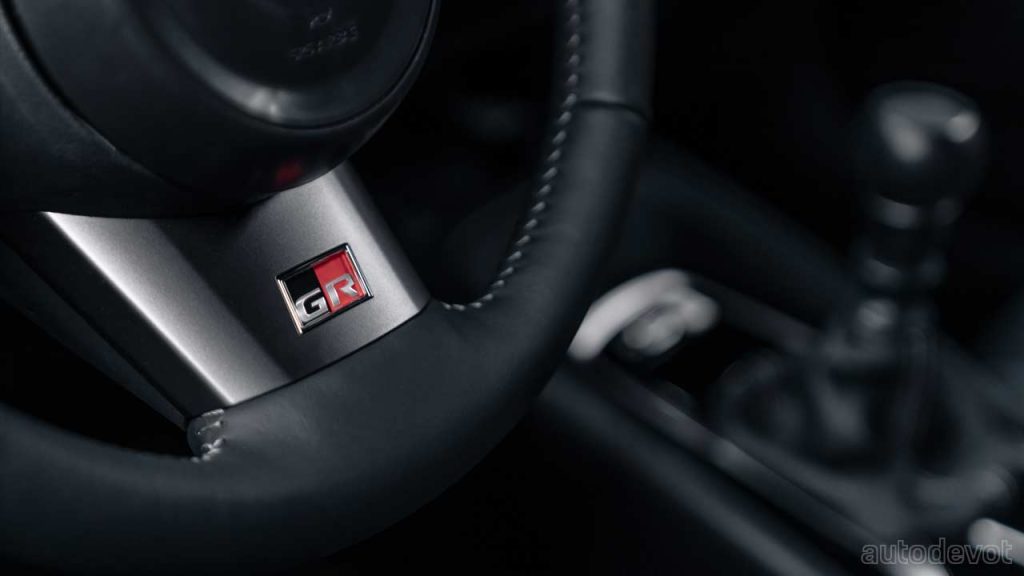 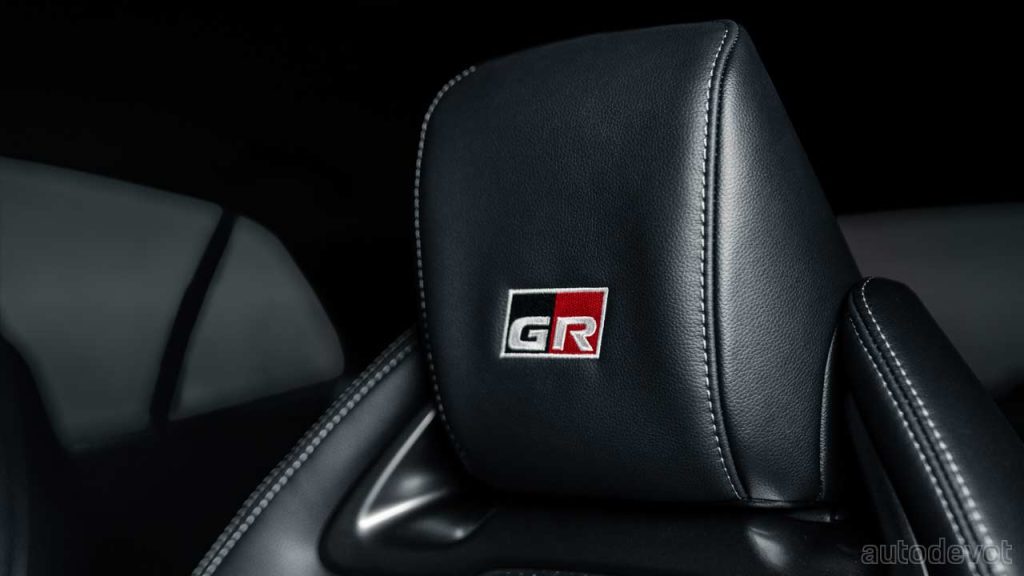 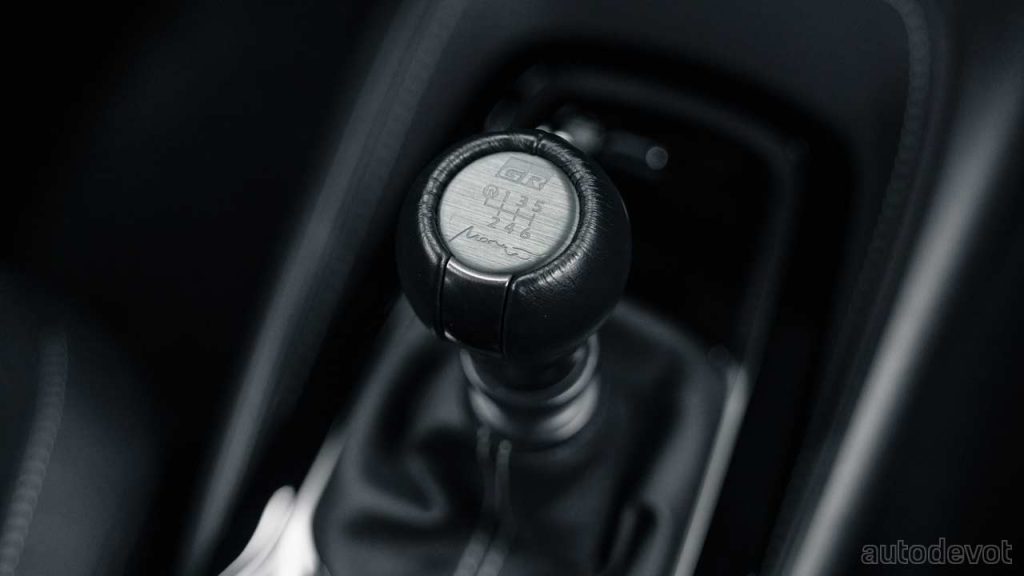 Inside, the Circuit Edition is mostly finished in black, with GR branding here and there. This edition also gets a Morizo (Toyota’s chief test driver) sign-branded shift knob.

Other key features include Brin Naub suede & synthetic leather-trimmed sport seats (fabric on the Core model), a 12.3-inch driver display, an 8-inch touchscreen, 6-way adjustable driver’s seat, and a 4-way adjustable front passenger seat. The rest of the features have been carried over from the regular Corolla hatchback, including the Toyota Safety Sense suite of safety and driver assistance systems.

For everyday situations, drivers can set a front/rear torque distribution of 60:40; for a more sport setting, balance can shift to the rear, with a 30:70 distribution for a fun-to-drive quality on winding roads and circuits; and for maximum stability, a 50:50 setting can be used for fast, competitive track driving on circuits or special stages. In each mode, the torque balance will automatically adjust in response to the driver’s inputs, vehicle behavior and road or track conditions.