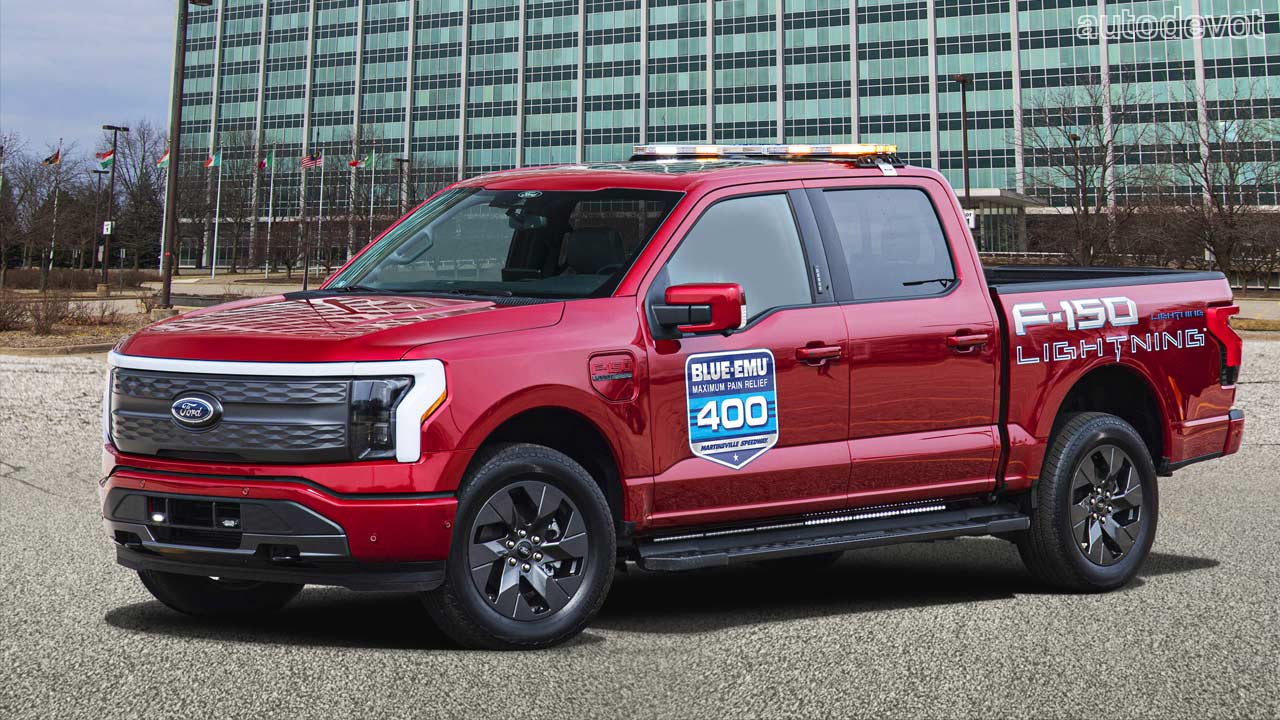 Ford is happy to announce that the all-electric F-150 Lightning is making its debut as an official pace vehicle for the NASCAR Cup Series on April 9, 2022. This marks the second year in a row for an all-electric Ford to pace a NASCAR race after the Mustang Mach-E led the field at Talladega Superspeedway in April last year.

Ford is also happy to announce that the electric truck has received nearly 200,000 reservations since its unveiling in May last year. Production is apparently on track and customer deliveries are expected to begin this spring. Prices start at $39,974 for the base Pro model and go up to $90,874 for the range-topping Platinum model.

”We can’t wait to show our Ford fans how capable the F-150 Lightning is. With 563 horsepower, 775 lb.-ft. (1,051 Nm) of near-instantaneous torque and a 0-60 mph time in the mid-4-second range, I think it will turn some heads out on the track,” said Darren Palmer, Vice President, Ford electric vehicle program.

Ford is investing more than $50 billion in electric vehicles globally through 2026.