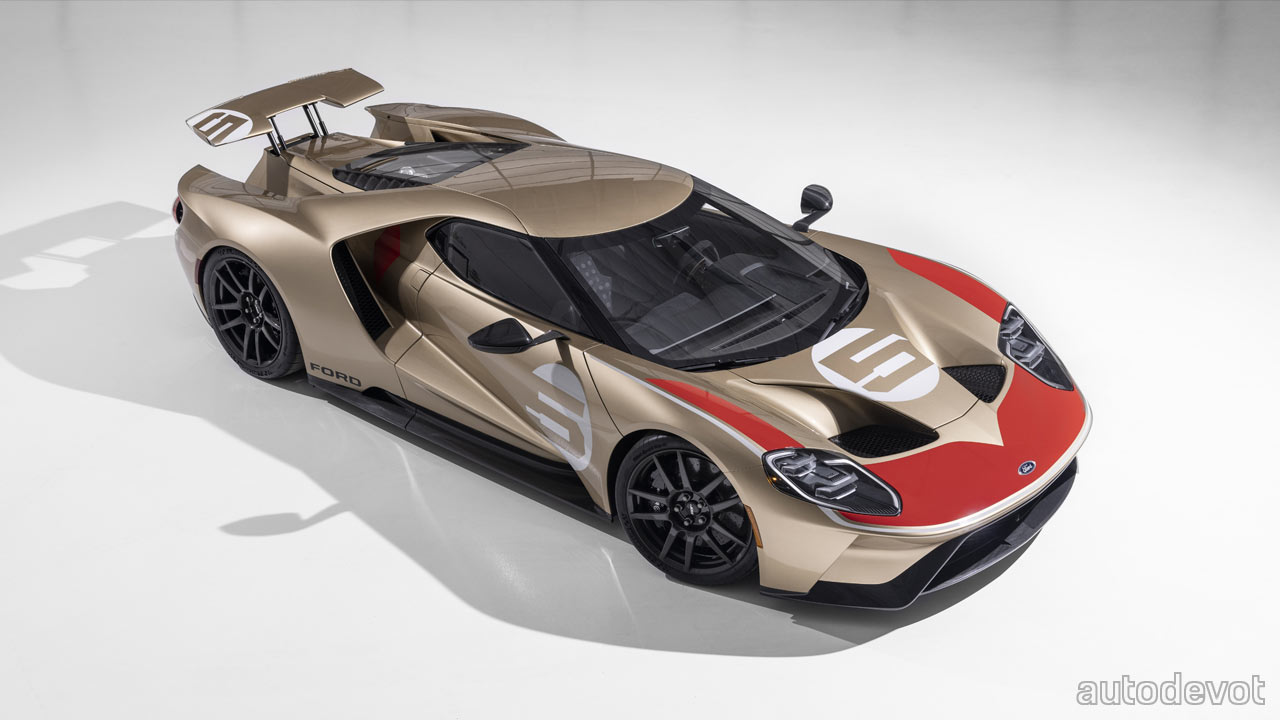 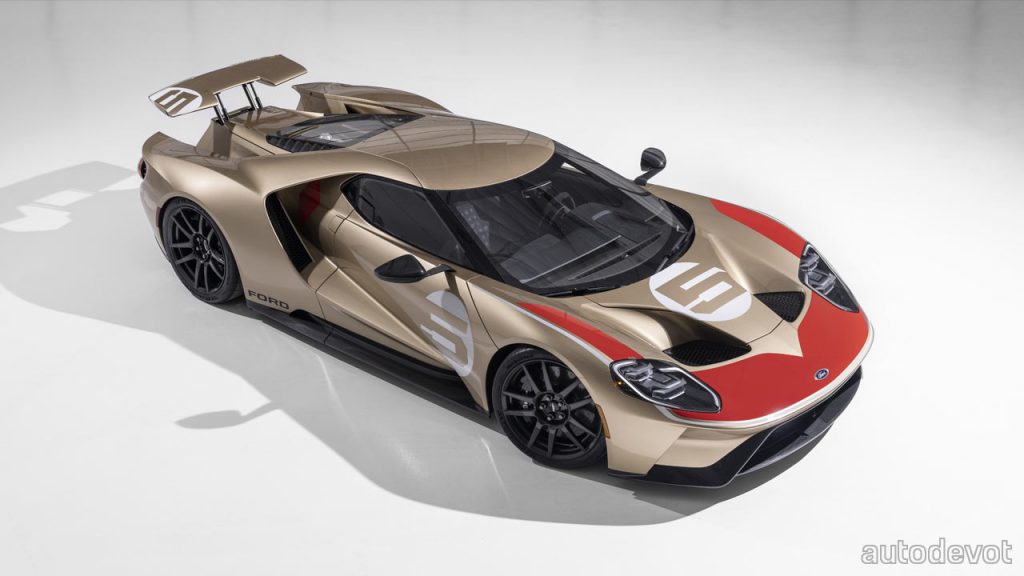 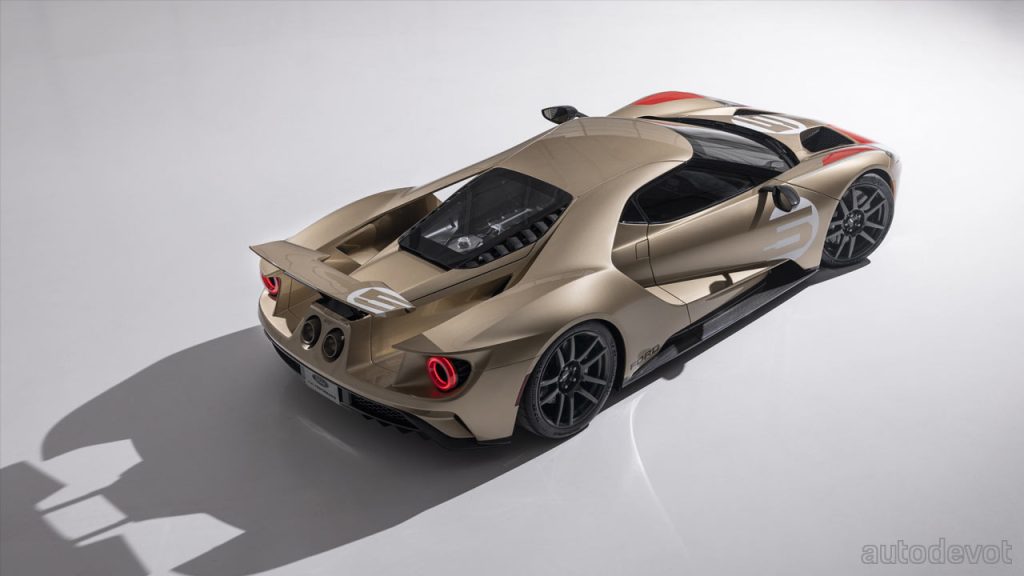 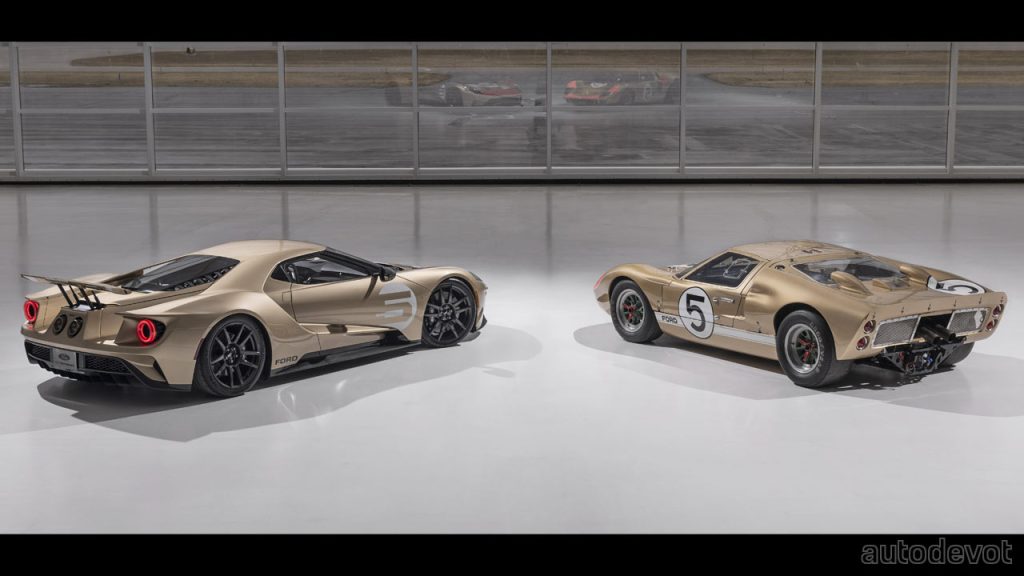 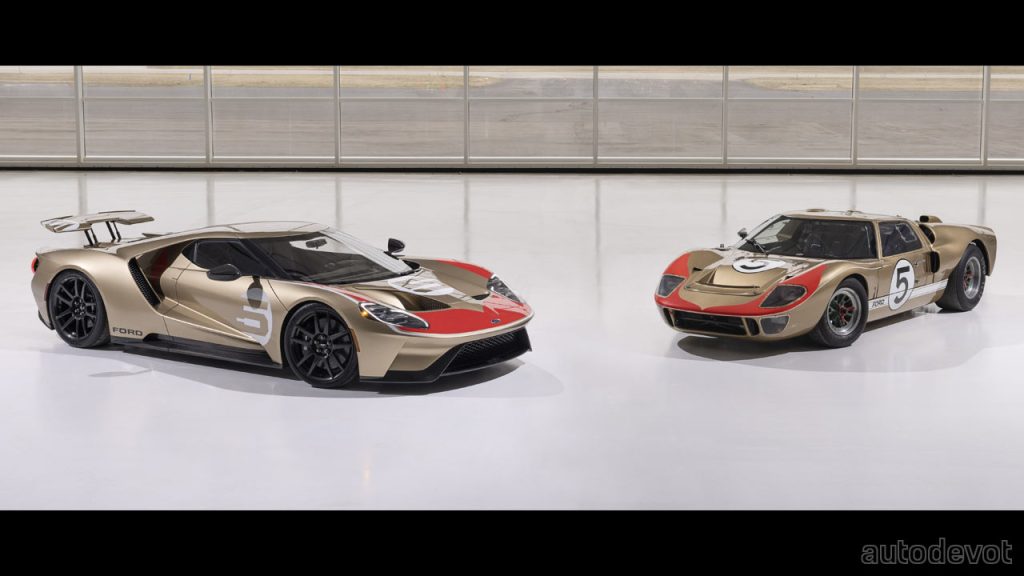 The second-gen Ford GT production is gonna end this year, and Ford has confirmed that the Holman Moody is gonna be the final Heritage Edition. However, that doesn’t mean there isn’t another final special edition in the works. But anyway, the Holman Moody Heritage Edition pays homage to the original GT40 MK II race car that was part of Ford’s 1-2-3 finish at the 1966 24 Hours of Le Mans.

The car features a gold and red livery, contrasted with Oxford White roundels with No. 5 stamped on the doors, hood and rear wing—all matching the appearance of the aforementioned 1966 Ford GT40 raced by Holman Moody. The 20-inch carbon fibre wheels hide black lacquered Brembo calipers. 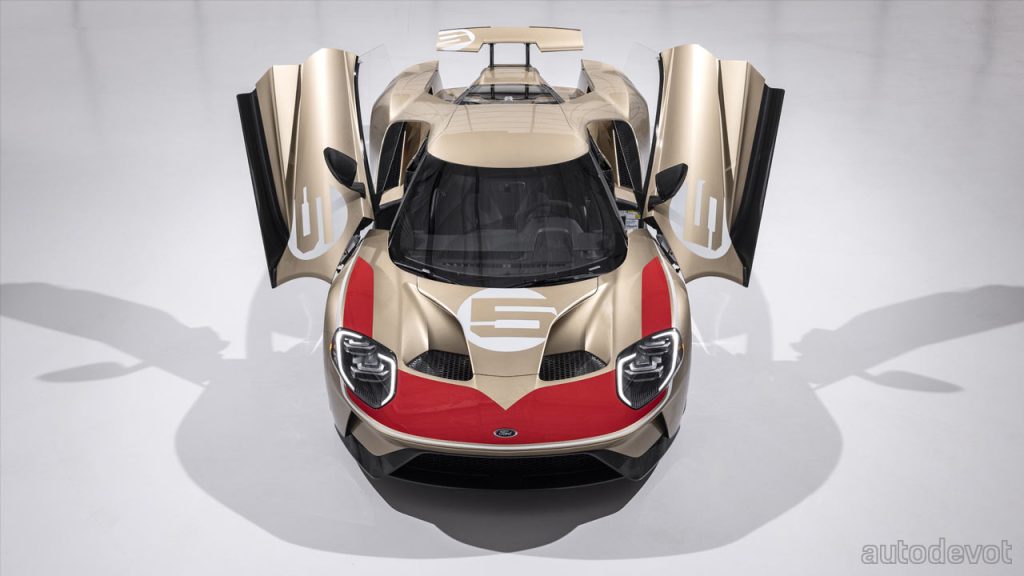 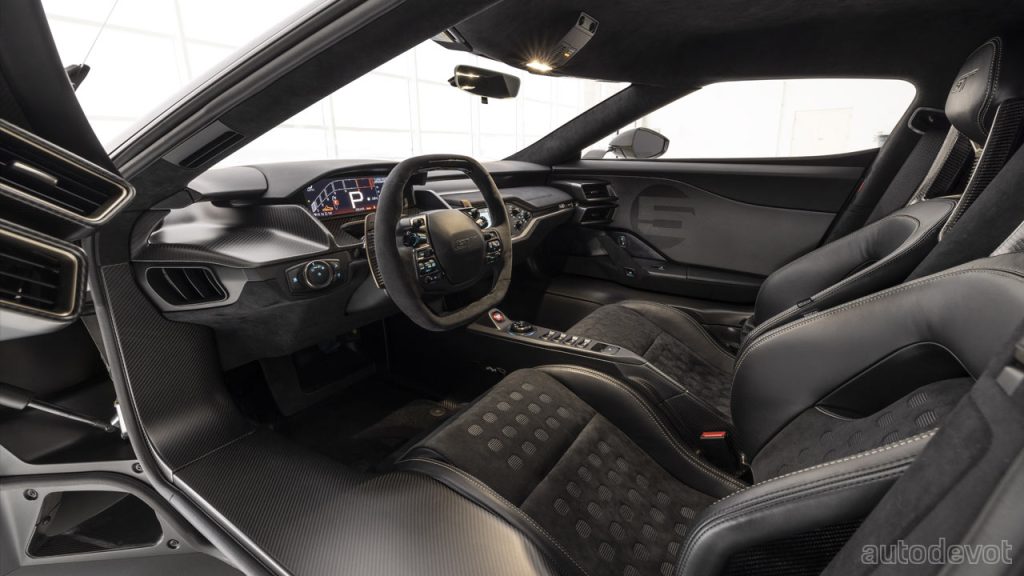 The steering wheel is finished in Ebony Alcantara with black stitching, while the paddle shifters are finished in exterior-matching Holman Moody Gold.