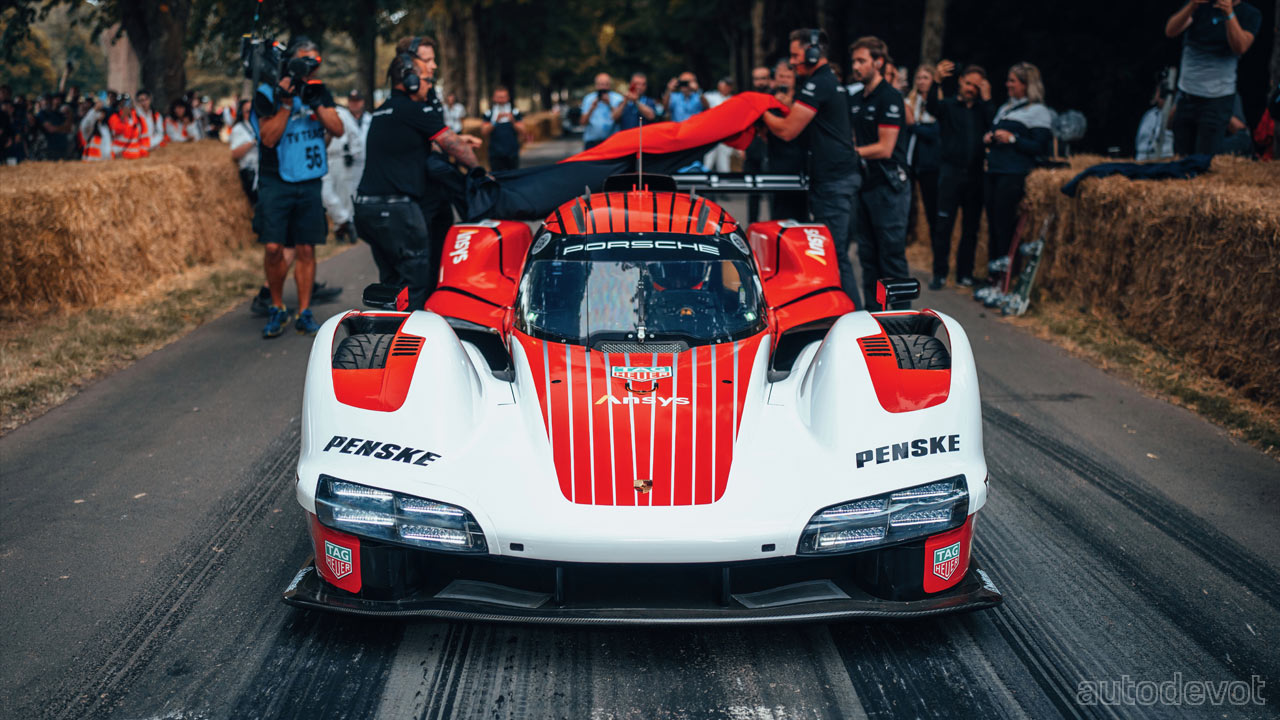 The Porsche Penske Motorsport team unveiled the new 963 LMDh race car right at the starting line of Goodwood’s hill climb track. Starting 2023, two of these prototypes will compete in both the FIA World Endurance Championship and the IMSA WeatherTech SportsCar Championship. 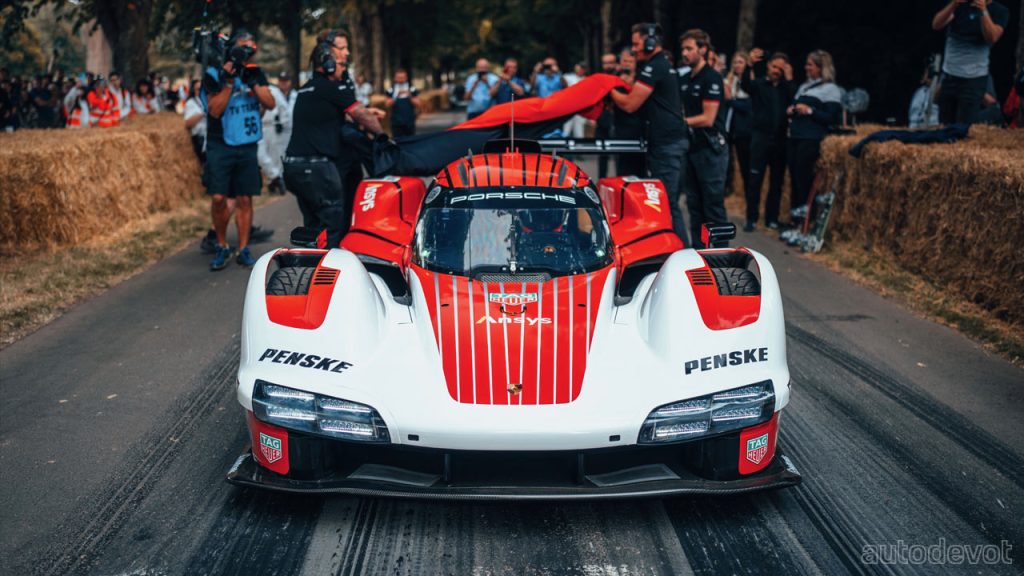 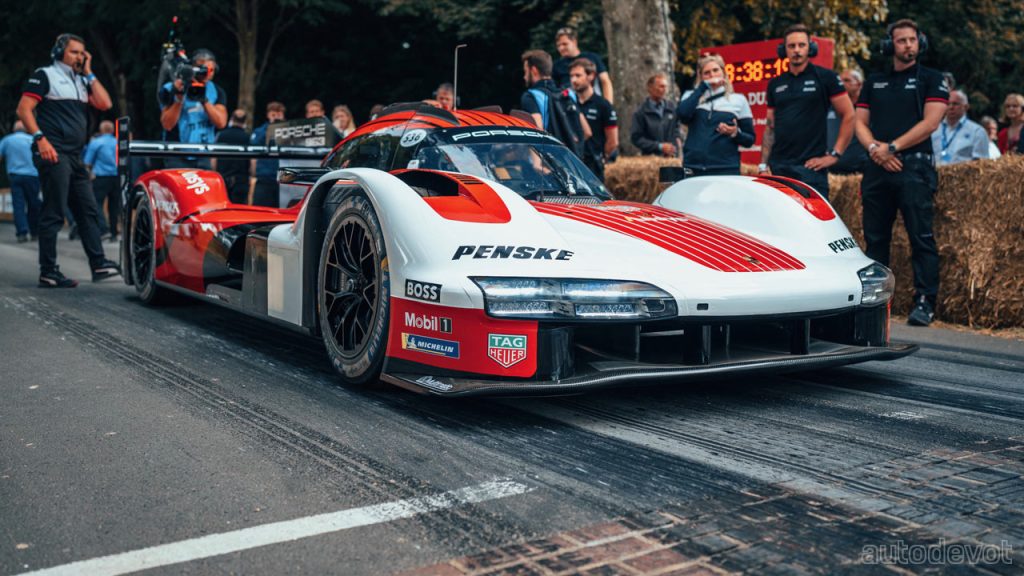 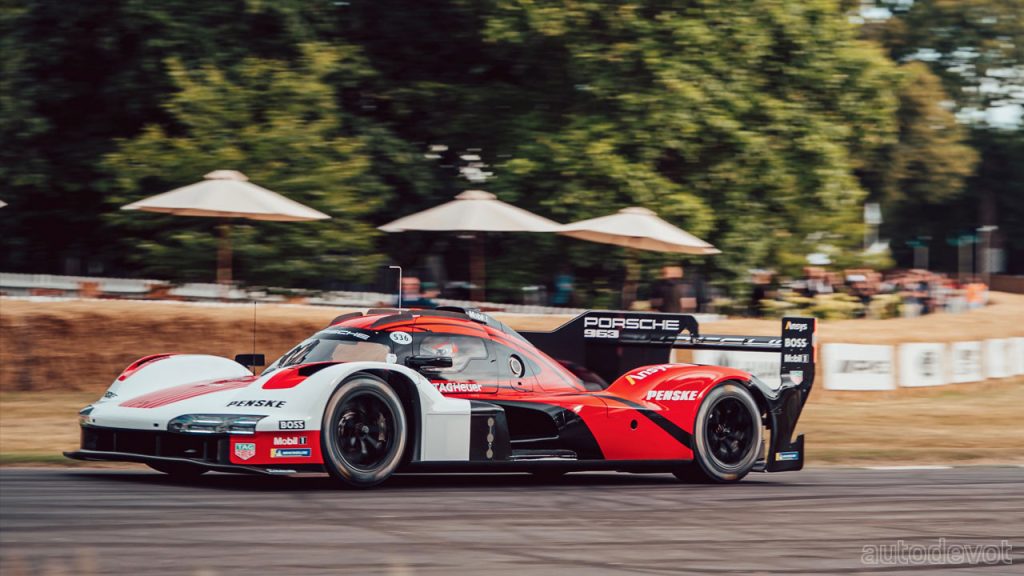 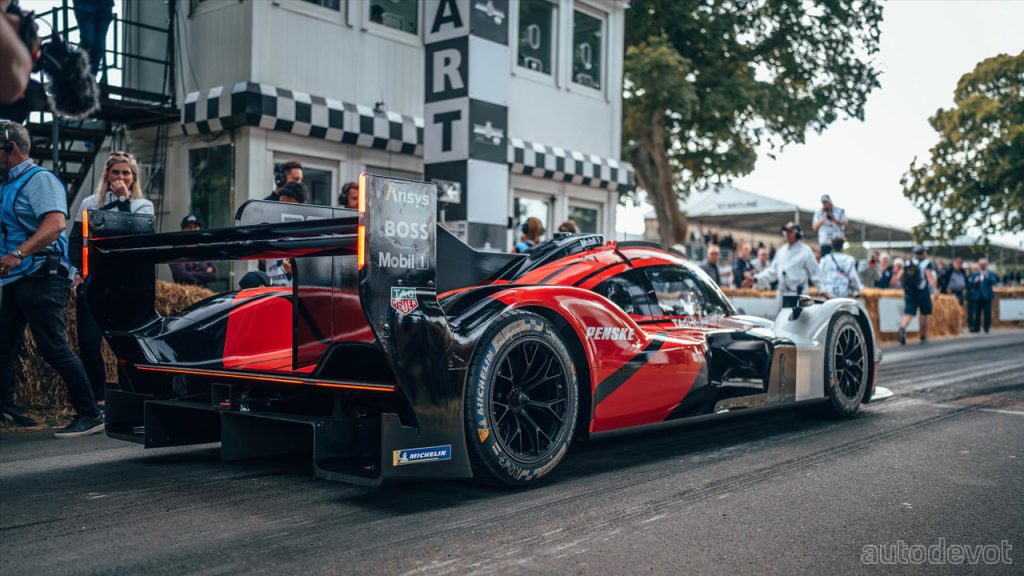 The new 963 sports a stunning livery comprising Porsche Motorsport-typical colors of white, red and black; all three colors look perfectly balanced here. Also, notice the four-pod “headlights” reminiscent of the running lights on the Taycan, and at the rear, the vertical fins have two separate lights—in addition to a strip at the bottom that runs along the width of the car.

The new Porsche 963 is built around an LMP2-category chassis developed by Canada’s Multimatic; the same company that builds the second-gen Ford GT. Bosch, Williams Advanced Engineering and Xtrac contribute the hybrid components, while the ICE is an in-house 4.6-litre V8 biturbo. The engine is a tweaked version of the one found in the 918 Spyder. 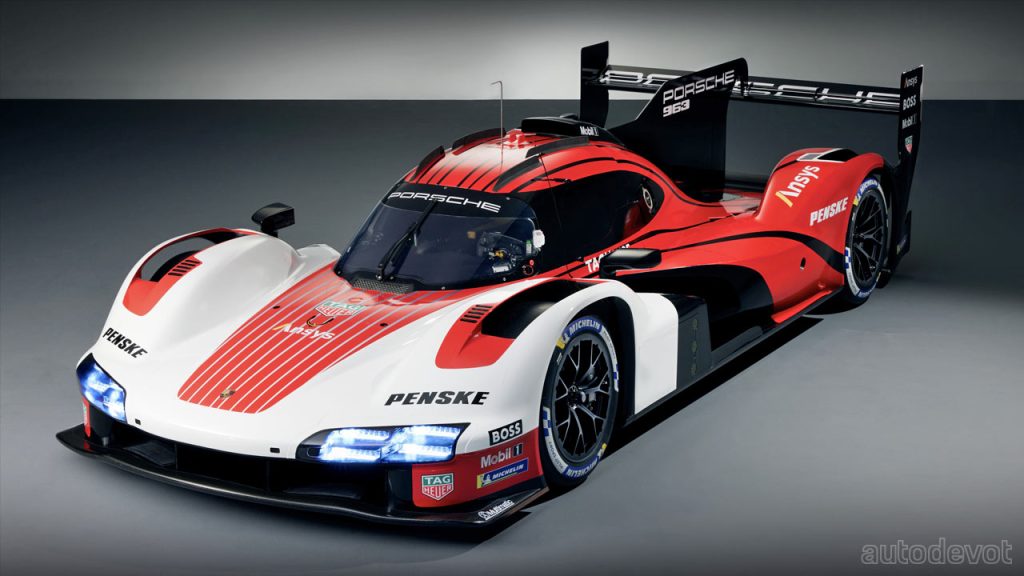 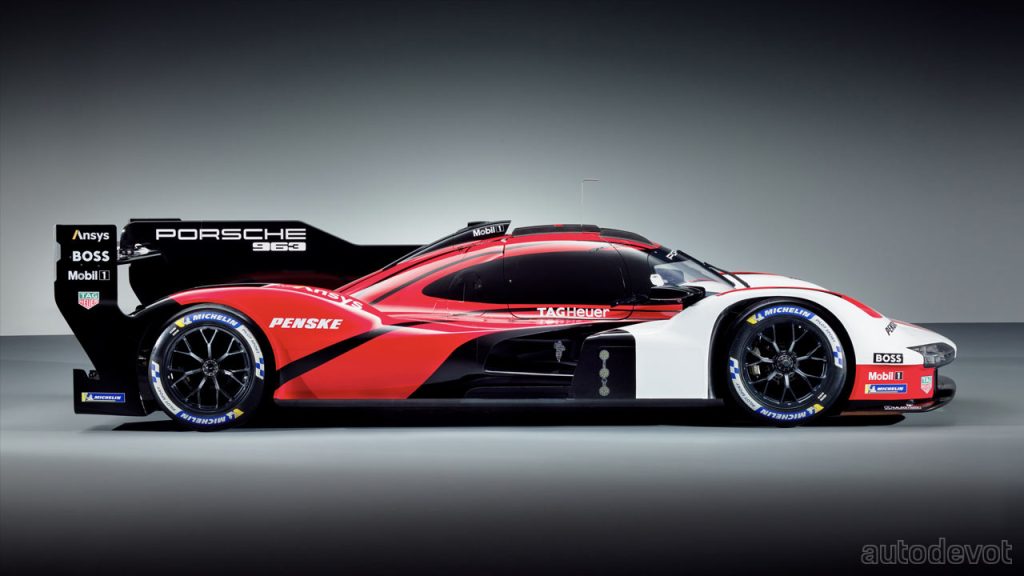 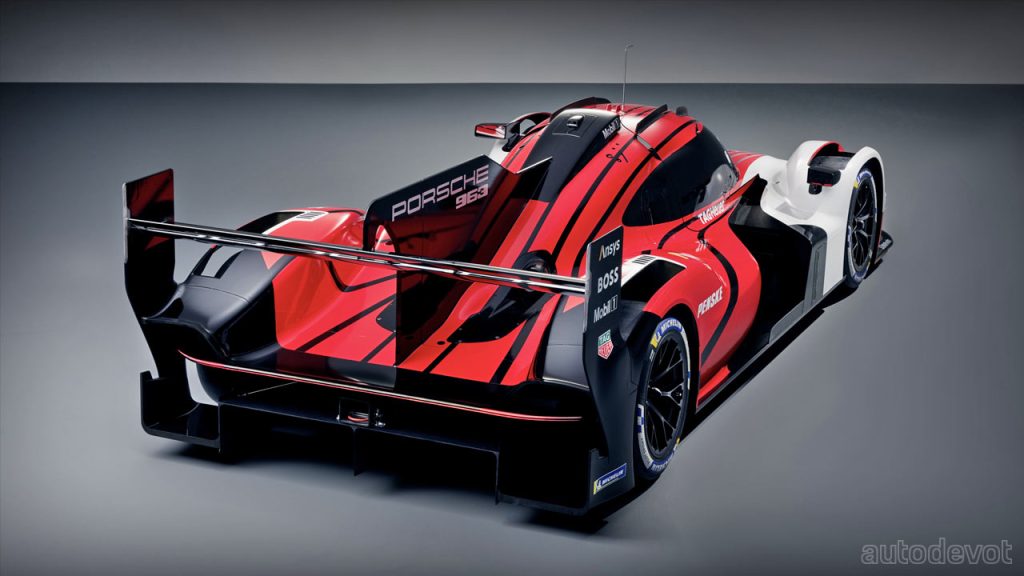 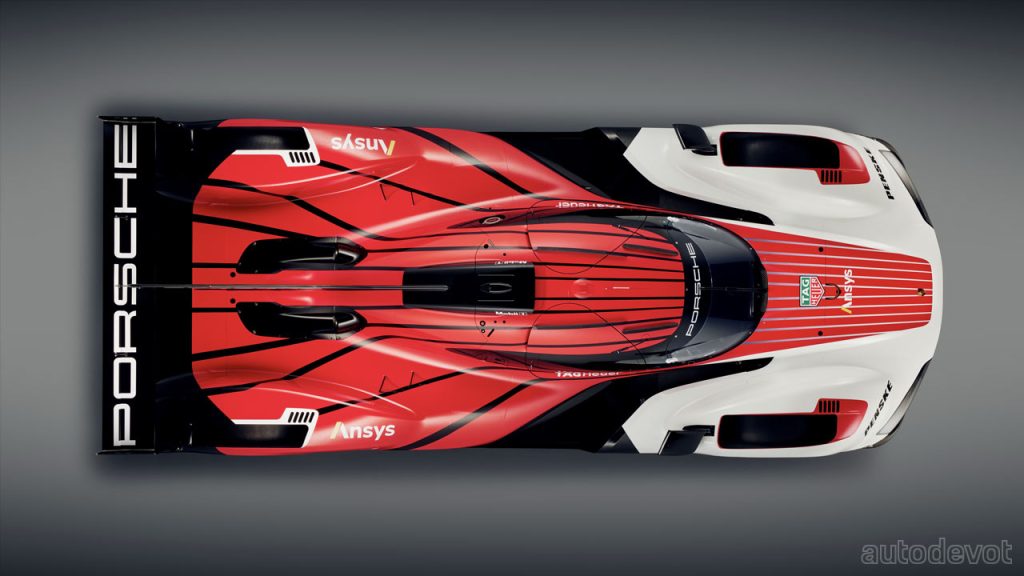 As you probably know, the combined max output of these cars is capped at 500 kW or 680 metric hp as per the regulations.

After 7,889 test kilometres (4,902 mi) during the first half of 2022, we’re on a very good path but there is still work to be done before the start of next season. Our new Porsche 963 should continue the legacy of legendary models such as the 917, 935, 956, 962 and the 919 Hybrid. I’m positive that we will be well-positioned when it comes to technology and we’ve also created the relevant team structures to set us up for wins in the thrilling competition between many manufacturers and different concepts. – Thomas Laudenbach, Vice President, Porsche Motorsport division