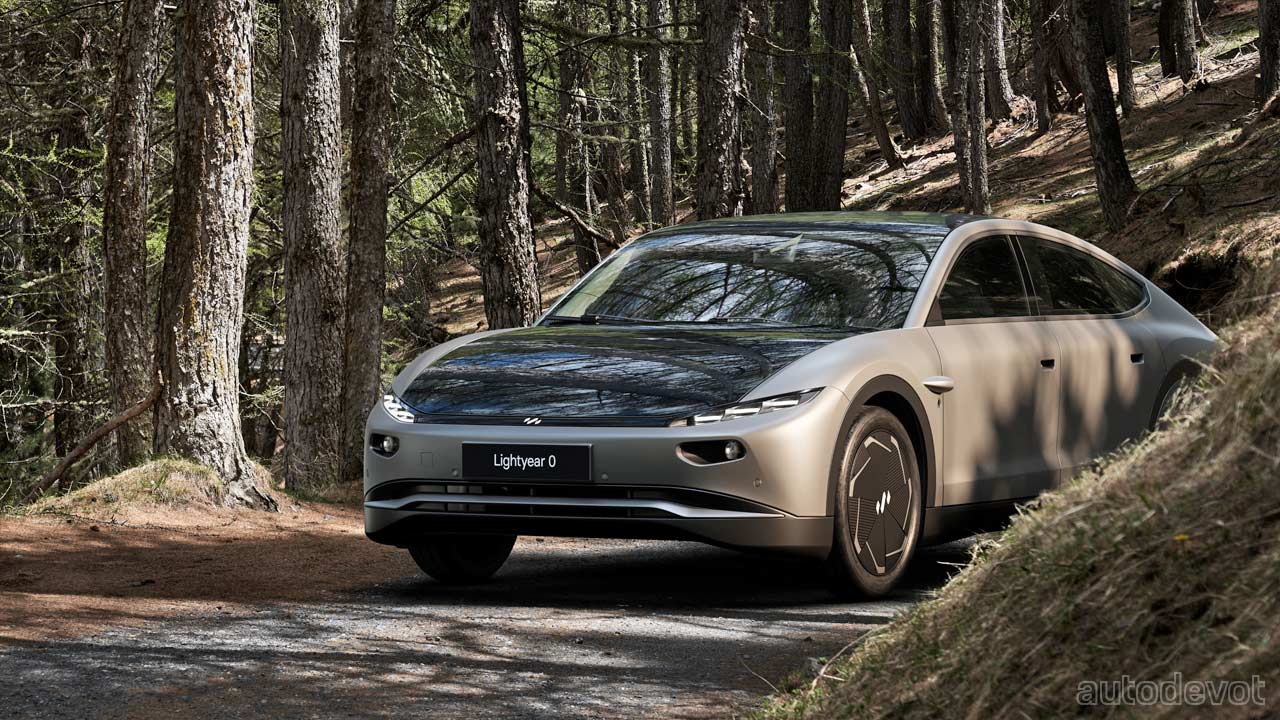 Dutch start-up Lightyear has revealed what appears to be the final production version of the Lightyear One it originally announced back in 2017. That’s right, the name has been changed to Lightyear 0 (zero) for some reason, and so is the pricing; it now carries a starting price tag of €250,000 (INR 2,04,25,720 or US$ 261,682)—which is an inexplicable €100,000 increase from what we saw earlier this year. Production is limited to 946 units, there’s no change in that, and the company aims to commence deliveries in November 2022. 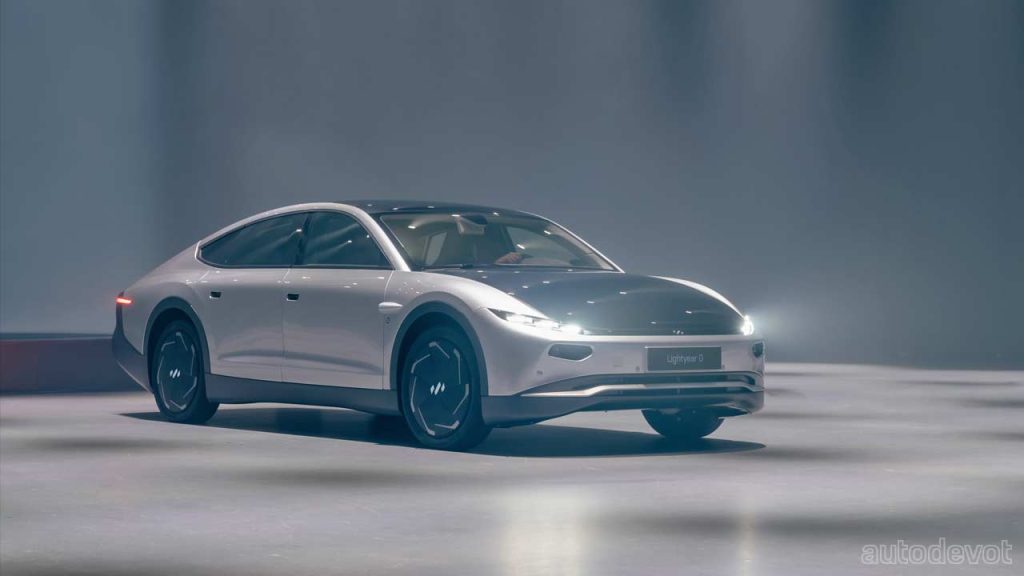 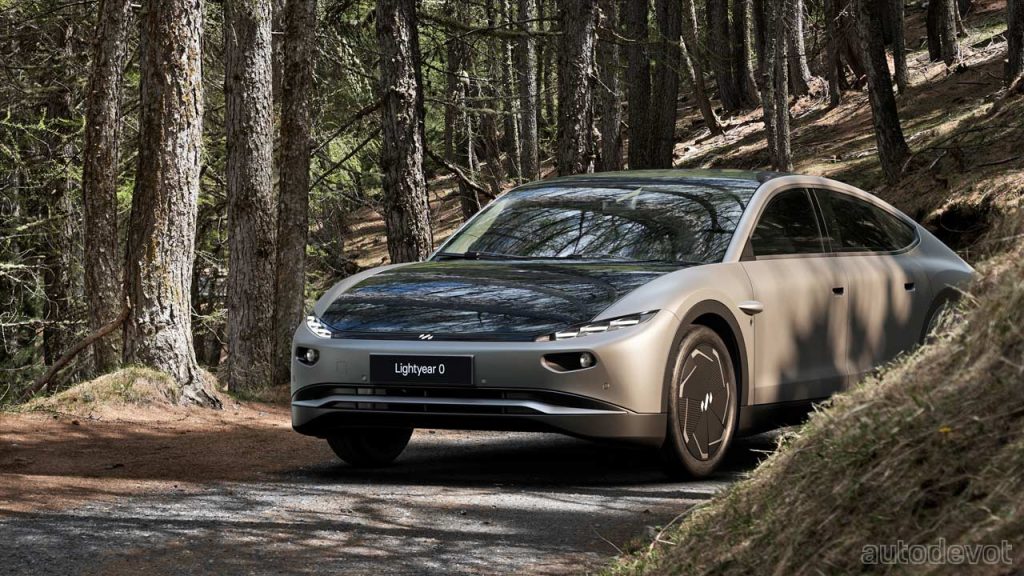 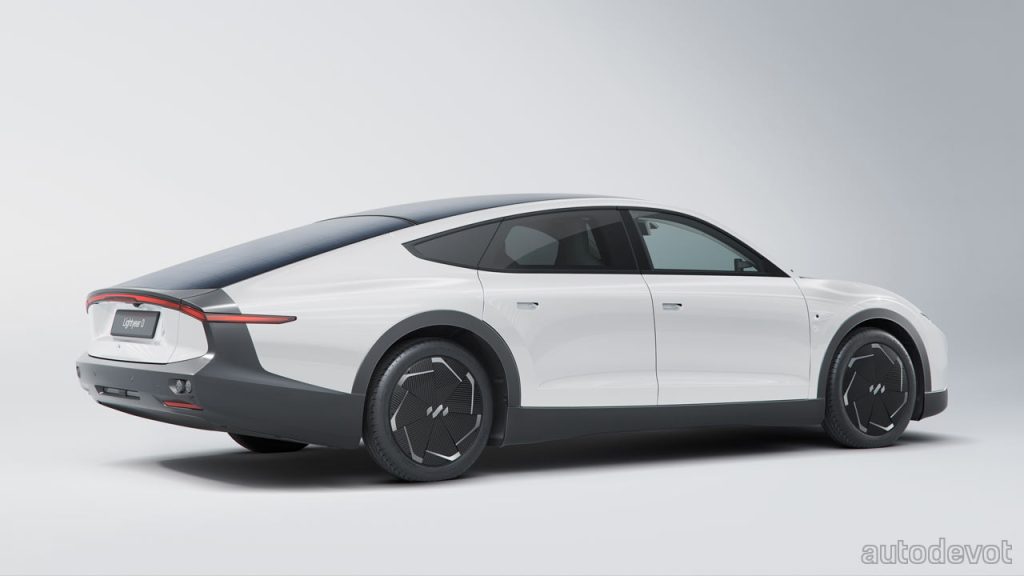 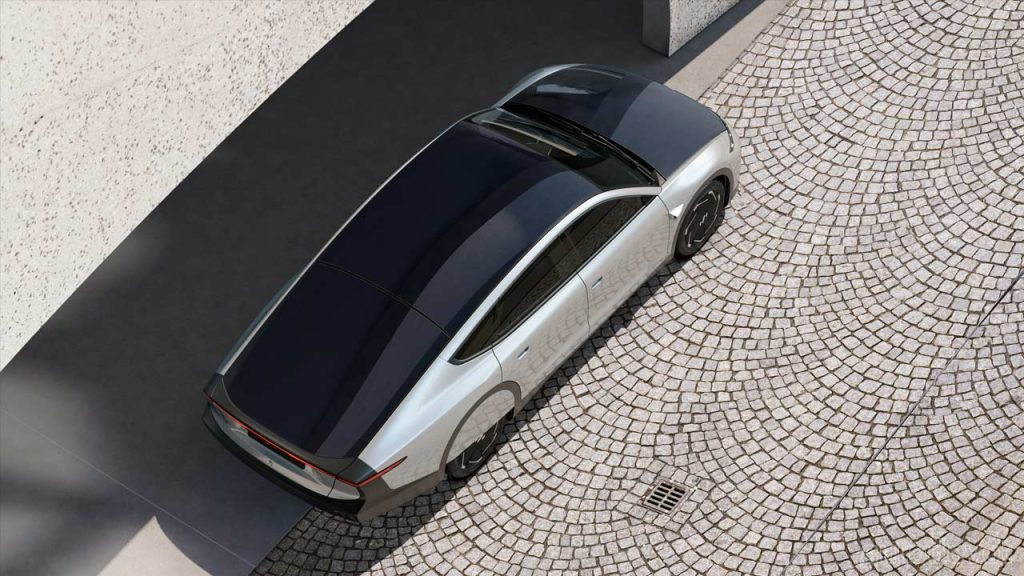 While the overall silhouette remains unchanged from what we saw earlier this year, there are some subtle changes—especially on the front fascia with a revised headlight and bumper design. On the side, there are recessed door handles as opposed to a button-like contraption we saw before, and notice that the cameras have been moved to just behind the wheel arches. The rest of the vehicle remains mostly unchanged. Those aero covers for the rear wheels are a no-cost option but are claimed to add ~12 km (7.5 mi) of range, so it’s completely up to you to decide whether you want VW XL1-like visual experience or not. But do note that Lightyear claims a drag co-efficient of 0.19 Cd for the 0 (most likely with aero covers included). And, except for the base Zenith Silver paint, the rest of the paint options cost you an extra €5,000. 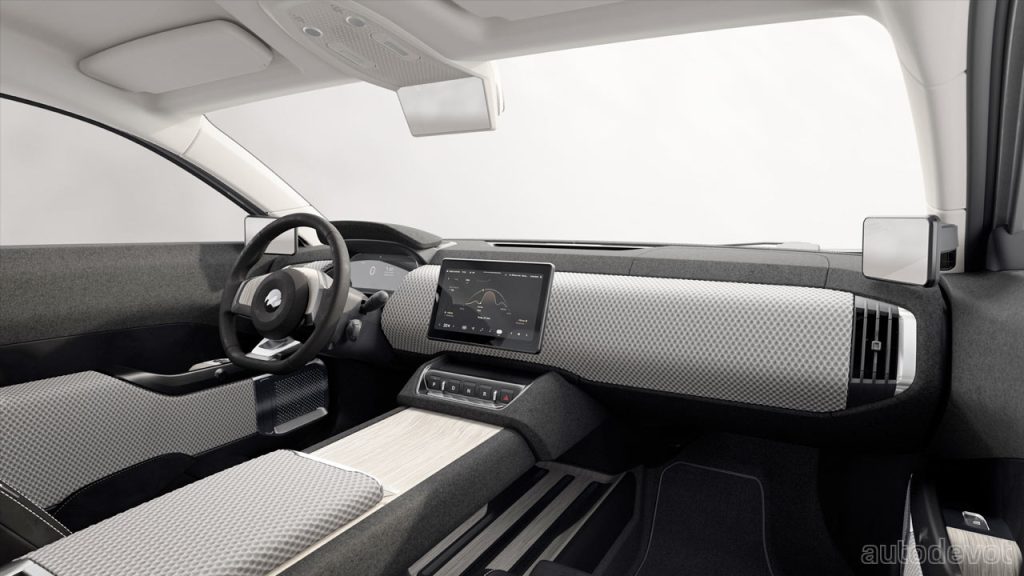 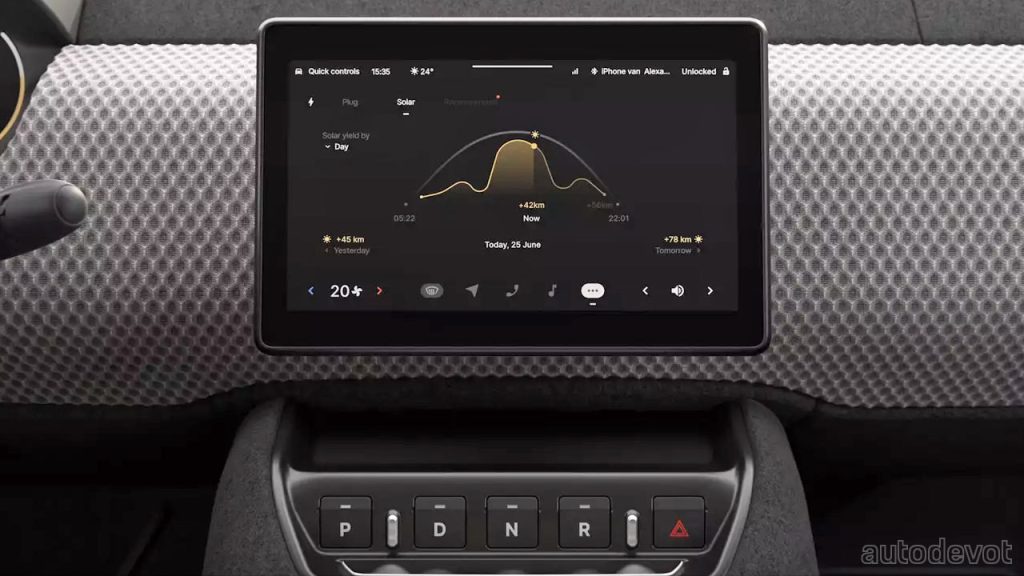 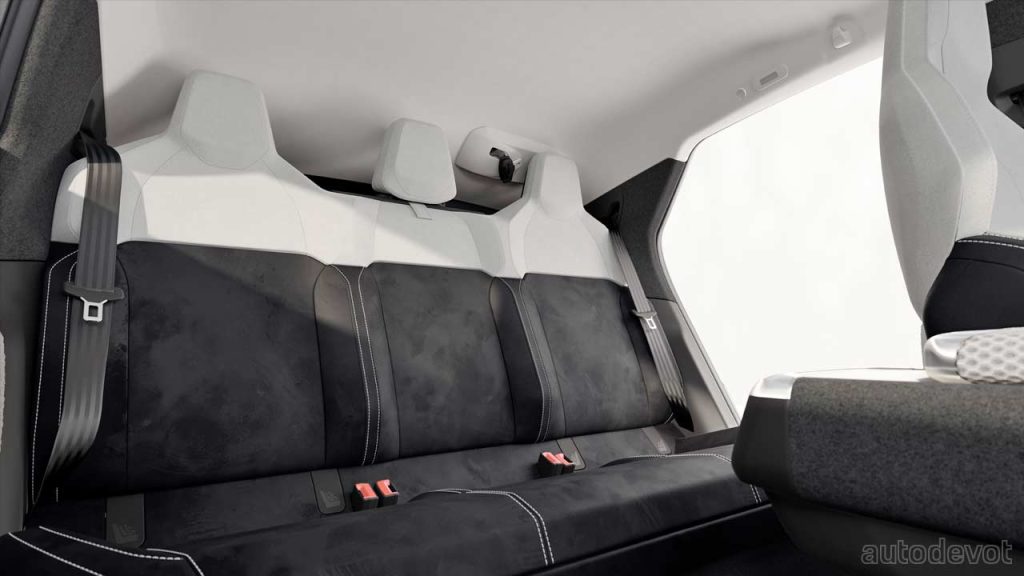 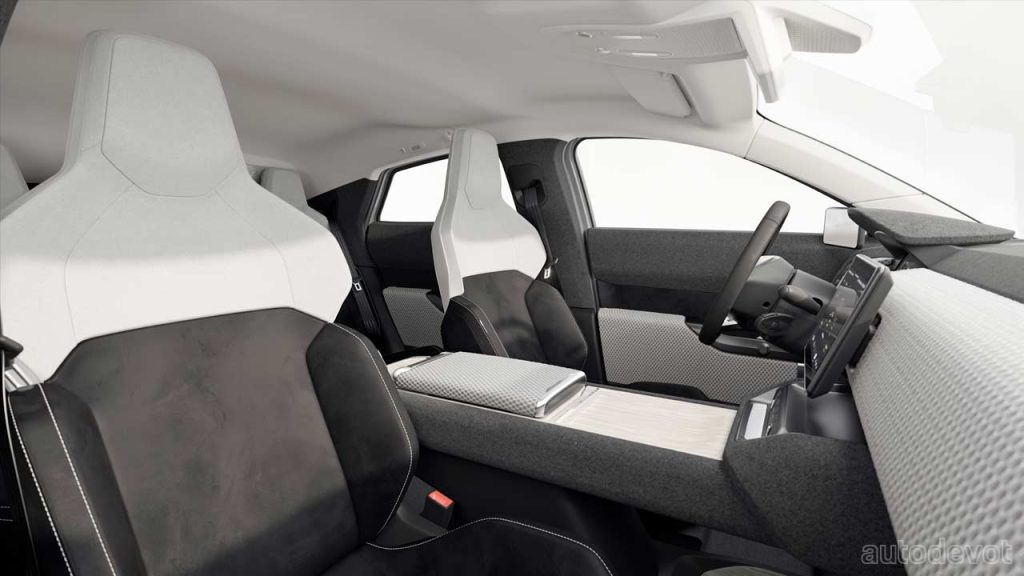 The production interior boasts displays at either end of the dashboard for the aforementioned rearview cameras; horizontally arranged physical (👍) PRND buttons underneath the 10.1-inch floating central touchscreen, and materials that are claimed to be composed entirely of vegan and naturally sourced. Lightyear claims a boot capacity of 640 litres with the rear seats up. 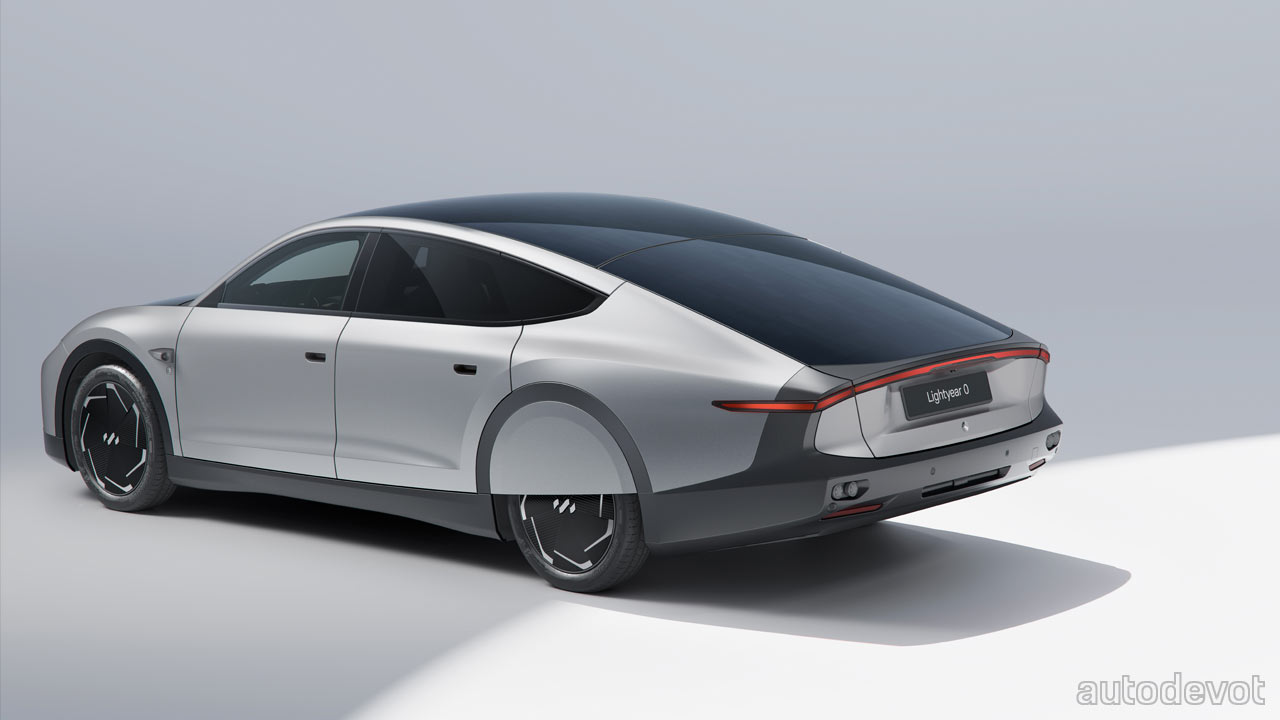 But anyway, moving on to the juicy bits of the story, the Lightyear 0 has four in-wheel electric motors with yet-to-be-disclosed output figures. However, the company is happy to share the official performance figures, which are 0-100 km/h (62 mph) sprint time of 10 seconds and a top speed of 160 km/h (99 mph). And thanks to the usage of lightweight materials for its construction, the car weighs about 1,575 kg (3,472 lbs).