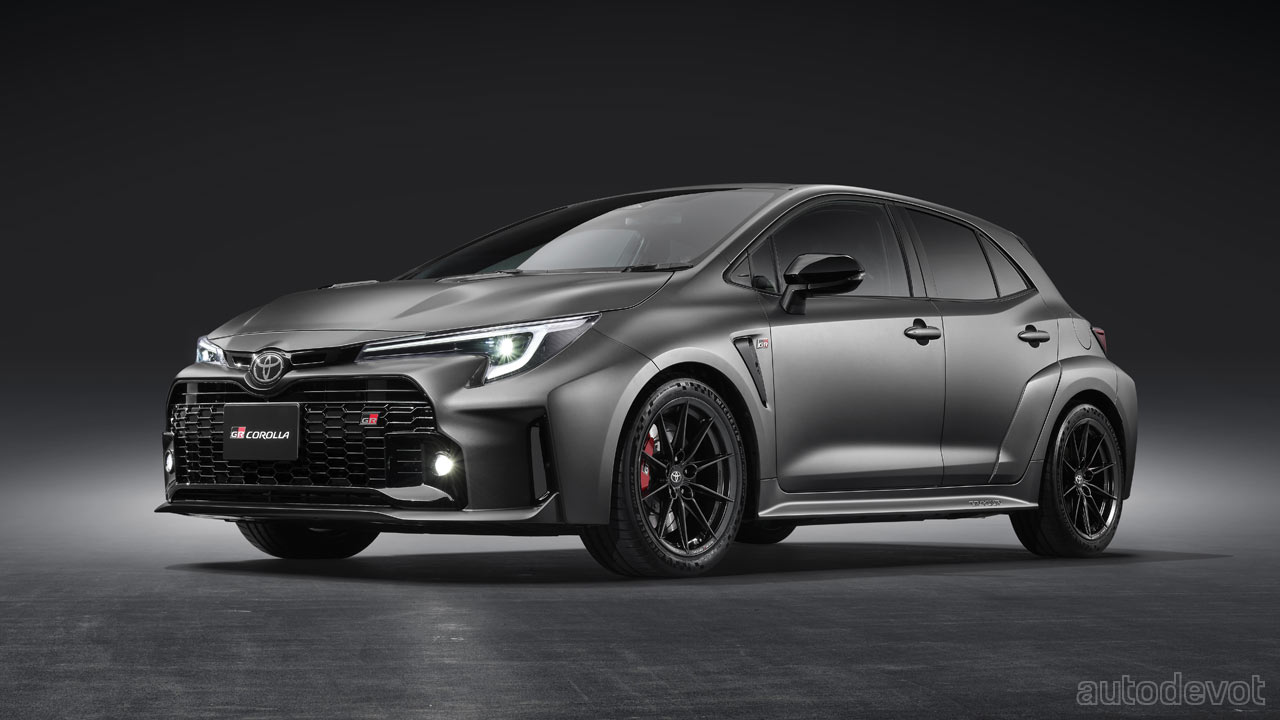 The Gazoo Racing or ‘GR’ for short, is almost an established performance sub-brand now. Maybe not on par with Mercedes-AMG or BMW M, but I think it comes pretty close. The latest addition to this brand was the GR Corolla a couple of months ago, which packs over 300 horses under an aggressive bodykit. The hot hatch has been confirmed for the U.S. market. As for its home market, Toyota is now offering GR Corolla RZ and GR Corolla Morizo Edition. 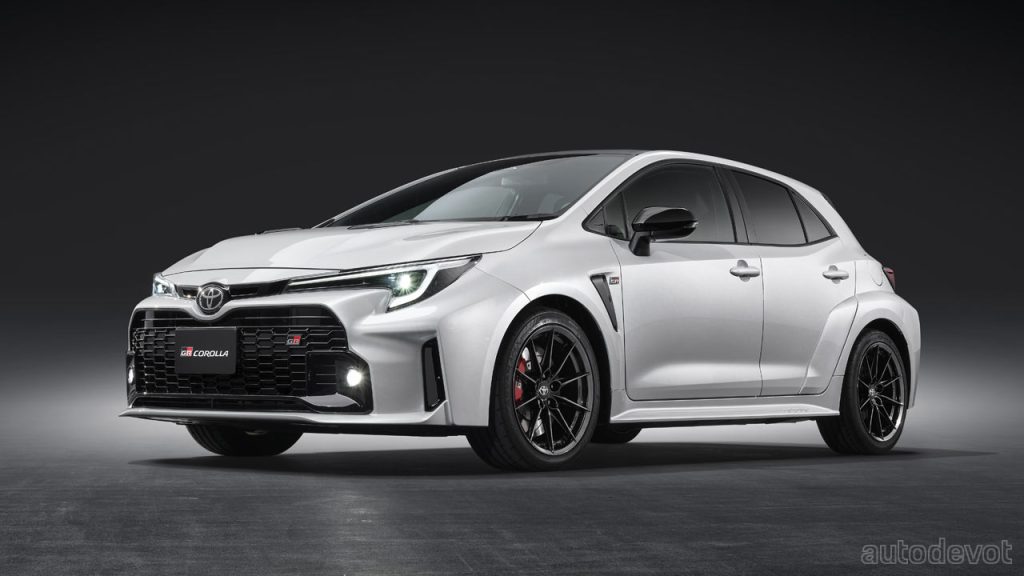 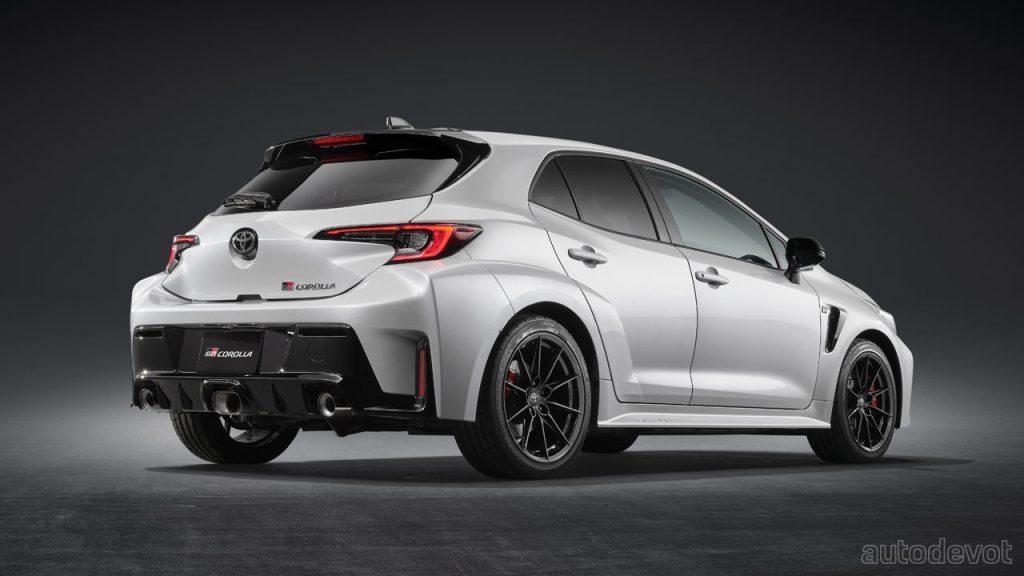 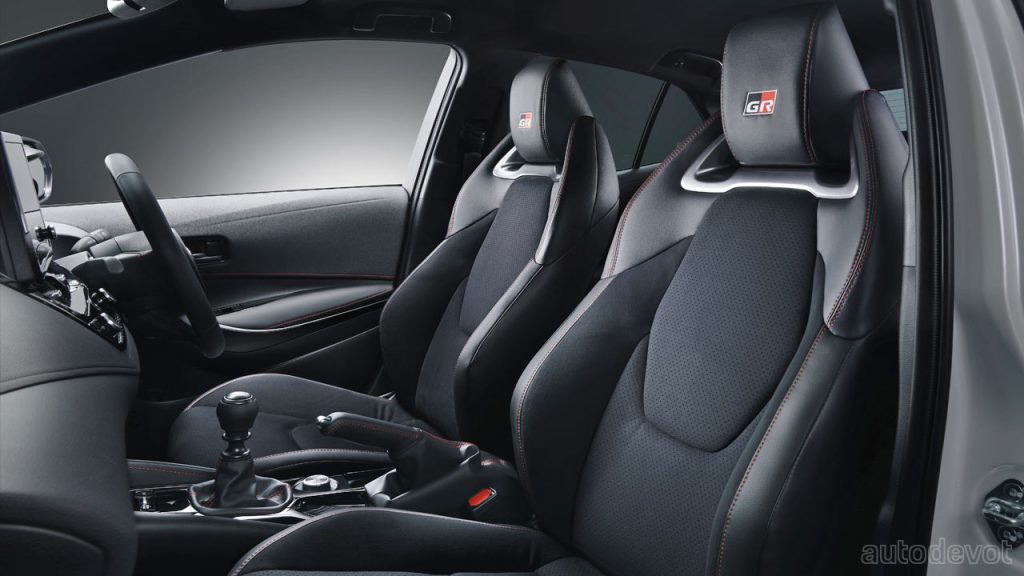 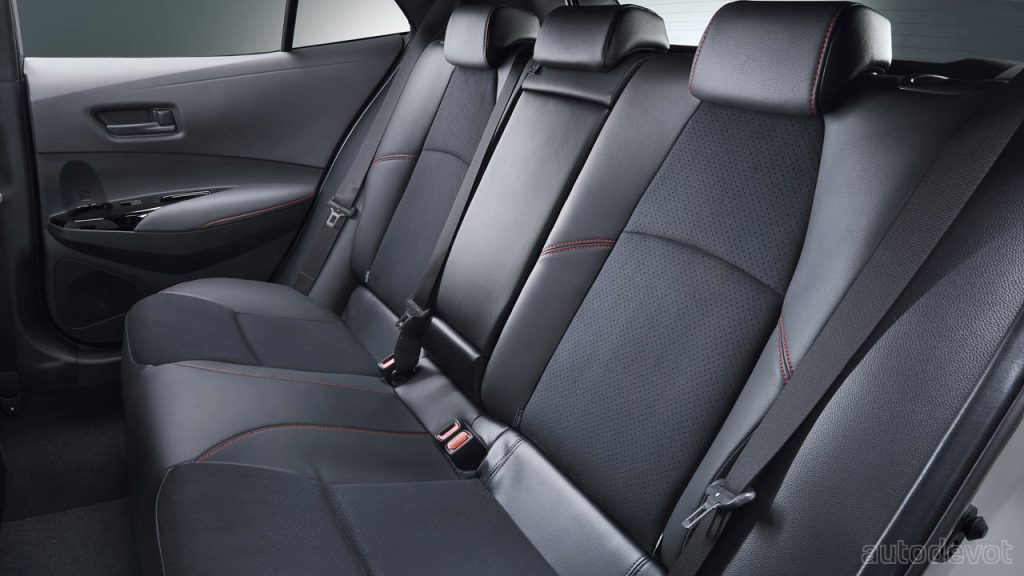 The GR Corolla RZ is nothing but a JDM-spec GR Corolla. Visually, you’re not gonna find any differences between the North American-spec model and this Japanese-spec model. However, you’ll find mechanical differences in the form of larger aluminum discs (18-inch at the front and 16-inch at the rear), and BBS forged aluminum wheels wrapped with 235/40 R18 Yokohama ADVAN Apex V601 tires. The 1.6-litre 3-cylinder turbo petrol engine offers the same 224 kW (304.5 metric hp) and 370 Nm (273 lb-ft) of torque. And somehow, the Corolla RZ weighs 5 kg (11 lbs) less compared with the American-spec GR Corolla (1,470 vs 1,475 kg). 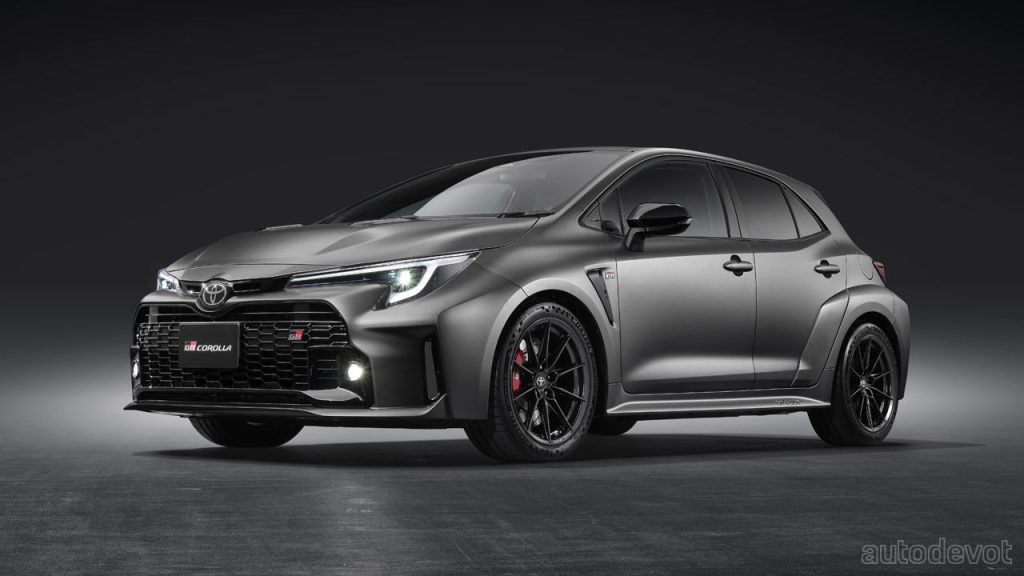 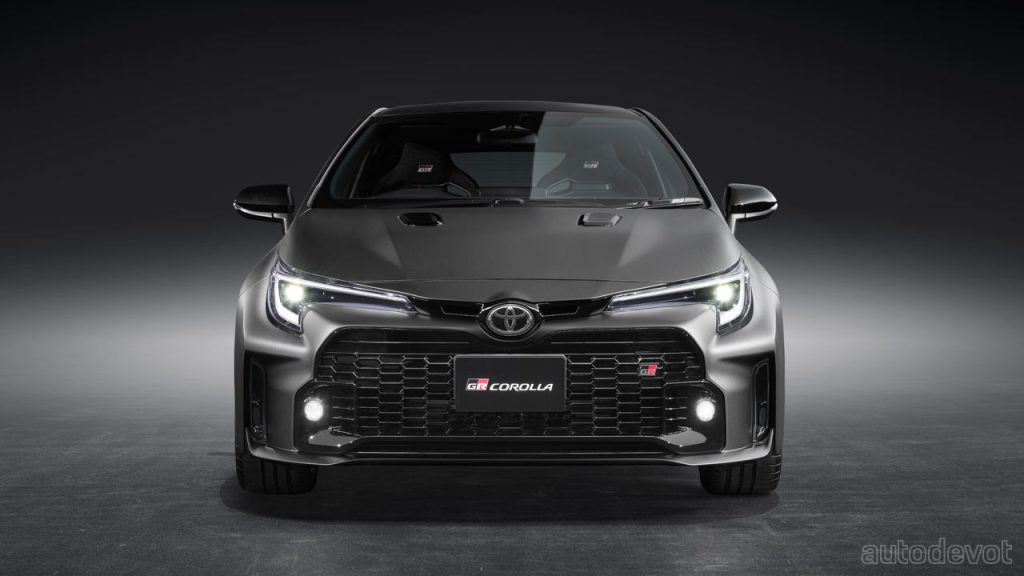 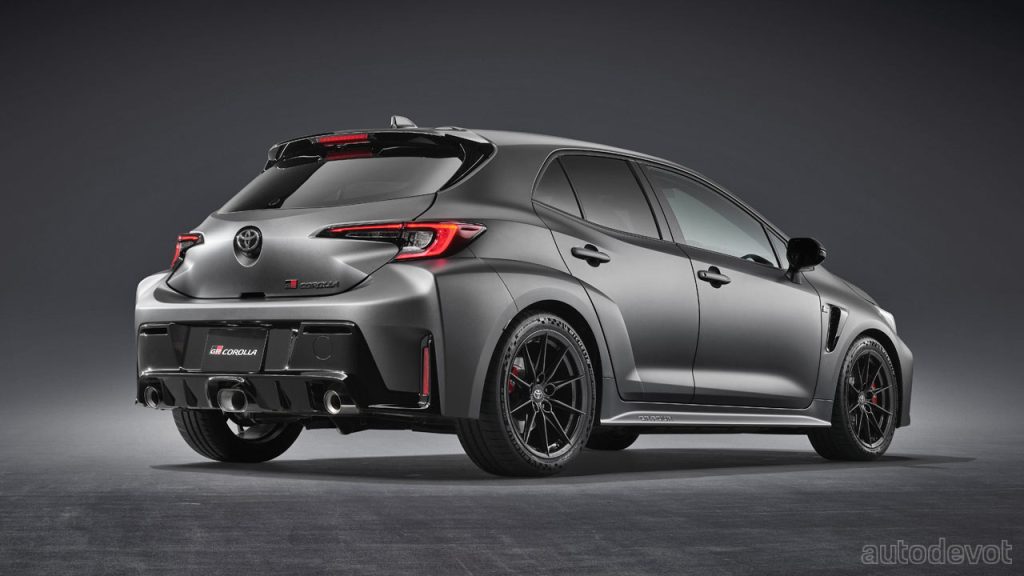 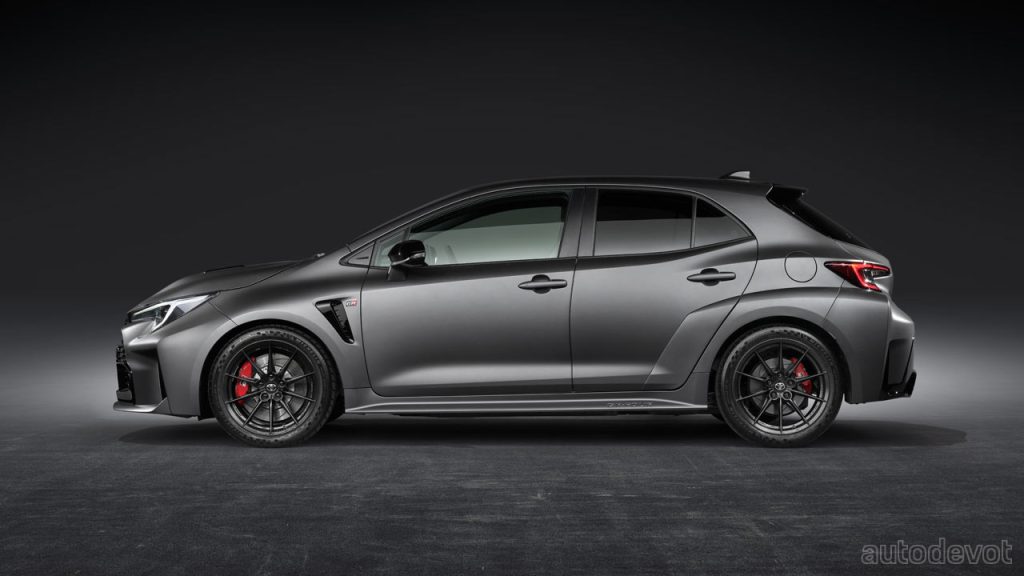 The GR Corolla Morizo Edition gets all the goodies as the Corolla RZ, and more. The BBS wheels get Toyota Gazoo Racing logo, and the wheels are wrapped with wider 245/40 R18 Michelin Pilot Sport Cup 2 tires. The MacPherson strut at the front and double wishbone suspension at the rear get monotube shock absorbers, which are claimed to help with improved cornering working with the aforementioned high-performance tires. 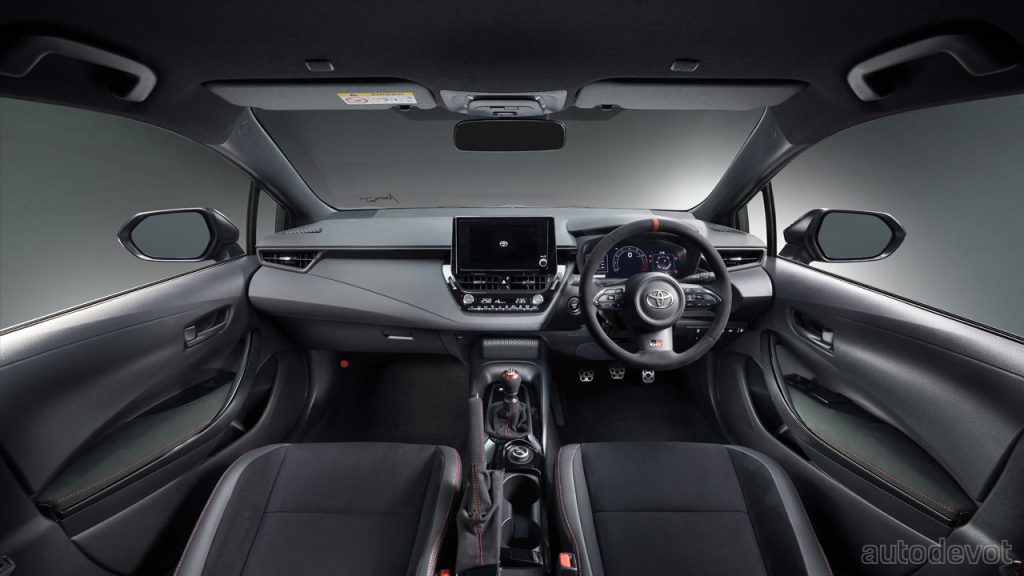 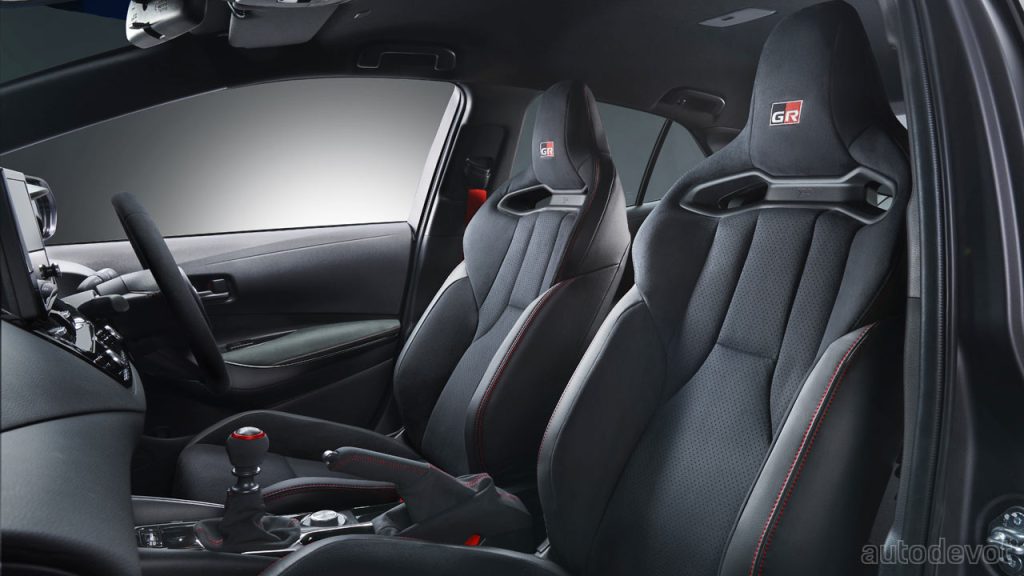 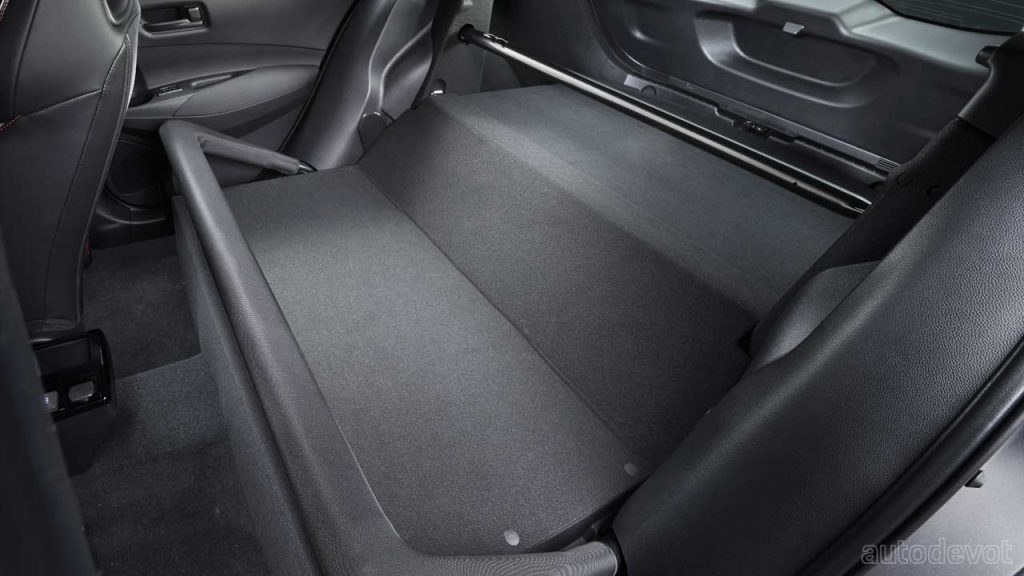 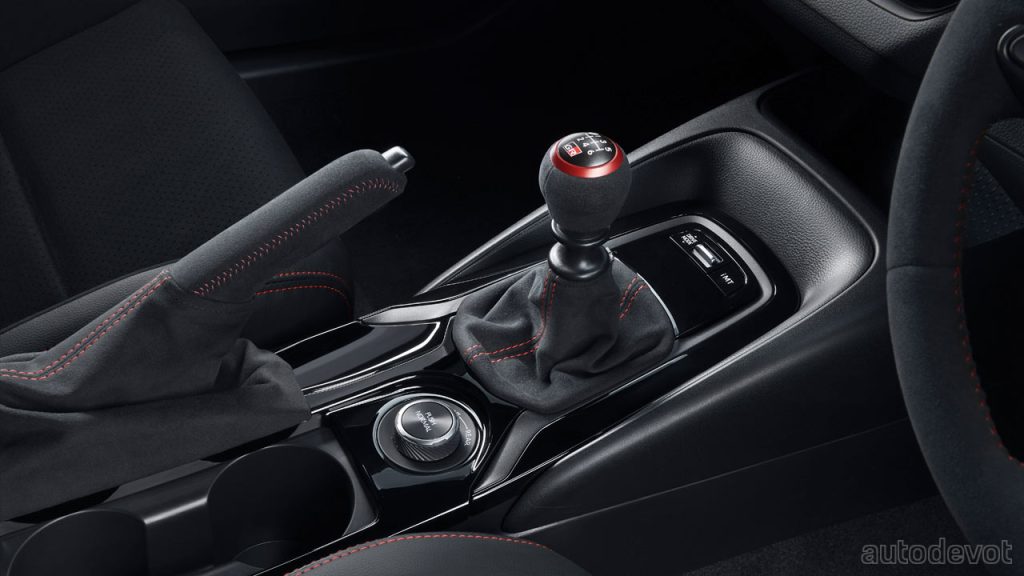