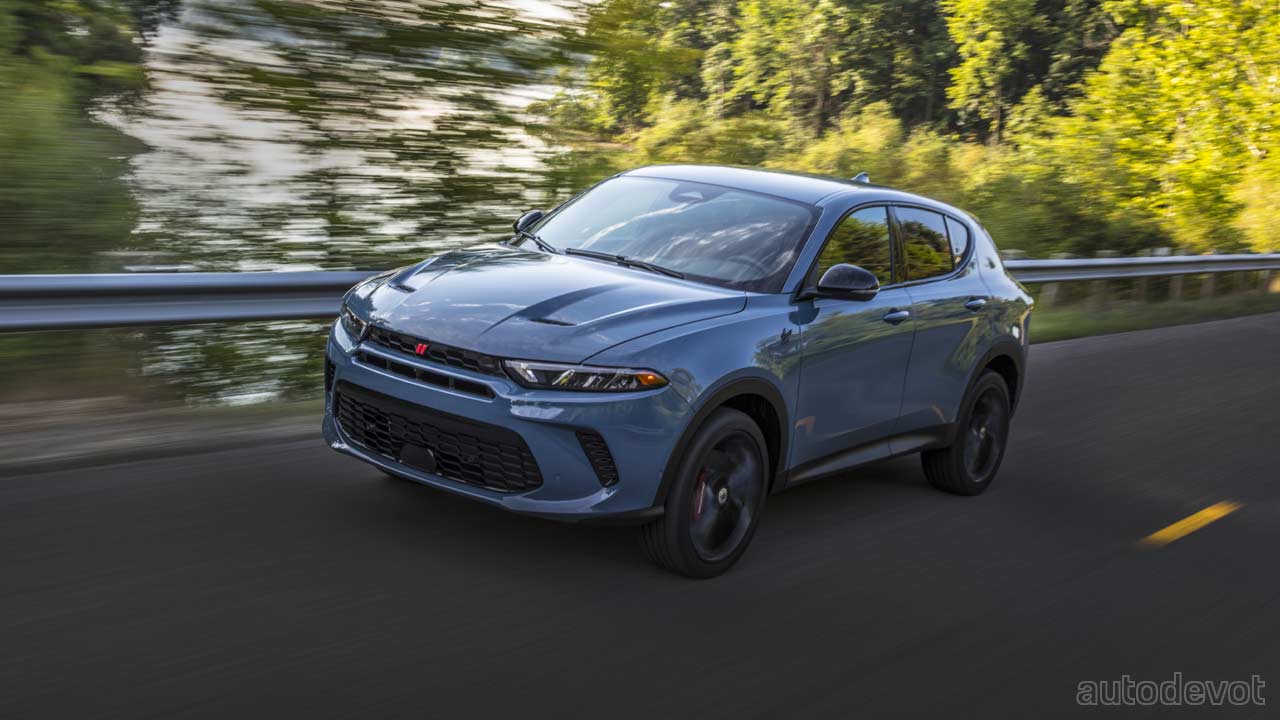 Dodge has resurrected the ‘Hornet’ nameplate it used for a 2006 Mini Cooper-like concept which never became a reality due to the global financial crisis that followed in the following years. The new Hornet we are talking about here, is a different type of vehicle altogether. It’s a compact crossover the likes of the Alfa Romeo Tonale. Well, it is in fact, Dodge’s version of the Alfa Romeo Tonale, and will be built at the Stellantis Pomigliano facility in Naples, Italy. Order books will open in the U.S. on August 17, 2022, with the Hornet GT reaching dealers in December 2022, followed by Hornet R/T in spring 2023. Prices are expected to start at under $30,000. There are plans for the Hornet GT GLH as well, but we’ll talk about that in just a minute or two. 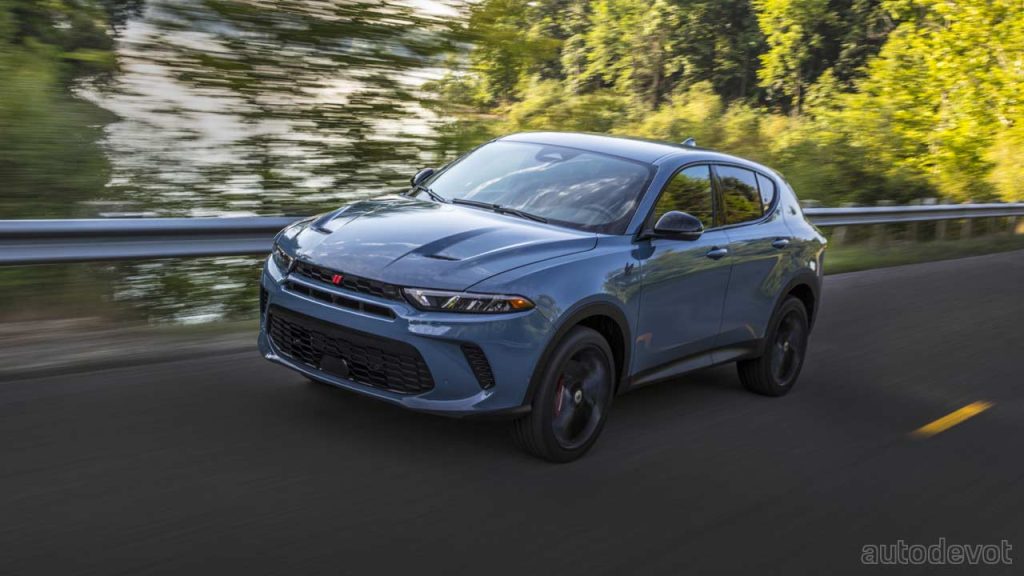 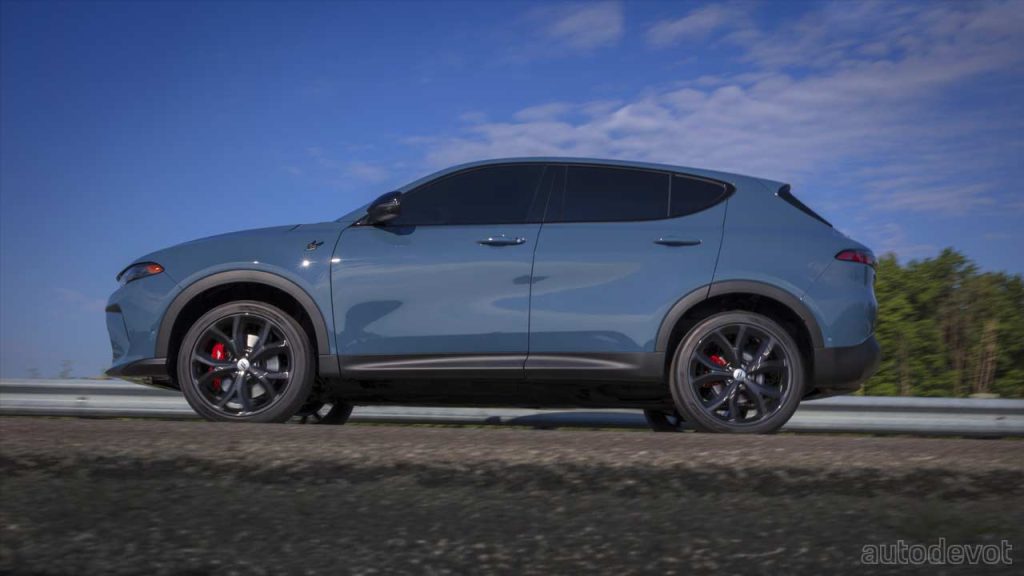 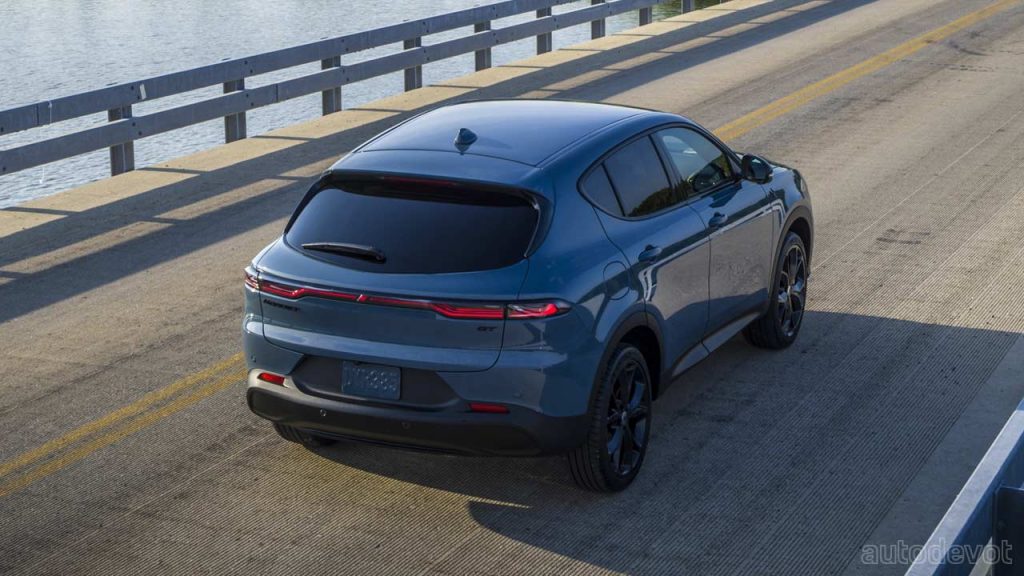 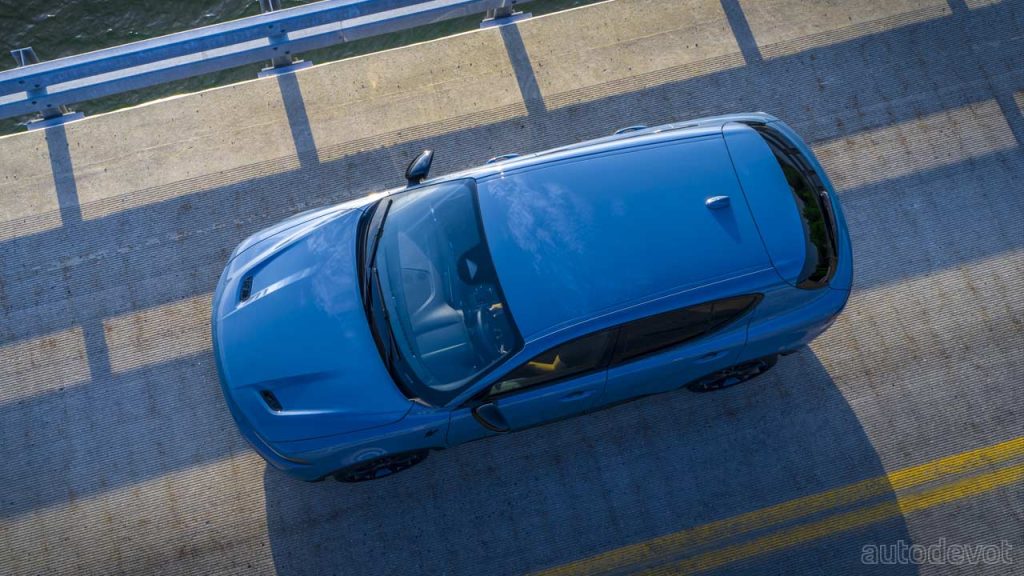 Except for that Dodge-ish front fascia, the Hornet doesn’t try too hard to hide its Italian styling. No matter from which angle you look at it, it gives off strong Alfa Romeo vibes, which I don’t think is a bad thing at all. But anyway, the Hornet R/T rolls on standard 18-inch Graphite Grey alloy wheels as opposed to 17-inch Silver alloy wheels on the Hornet GT. However, a Blacktop package is available on both trims to achieve what is billed as “an automotive version of a murder Hornet look”, or a blacked-out look, in simple terms. The package includes 18-inch Abyss alloy wheels, and gloss black badging, mirror caps and window surrounds. A Track Pack package is also available which gets you 20-inch Abyss wheels and additional performance and interior features. 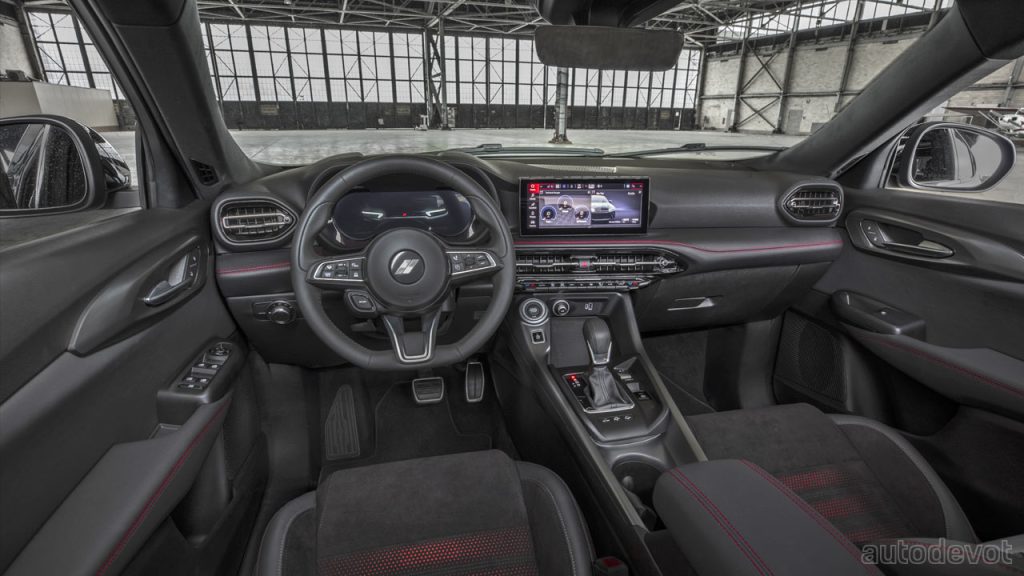 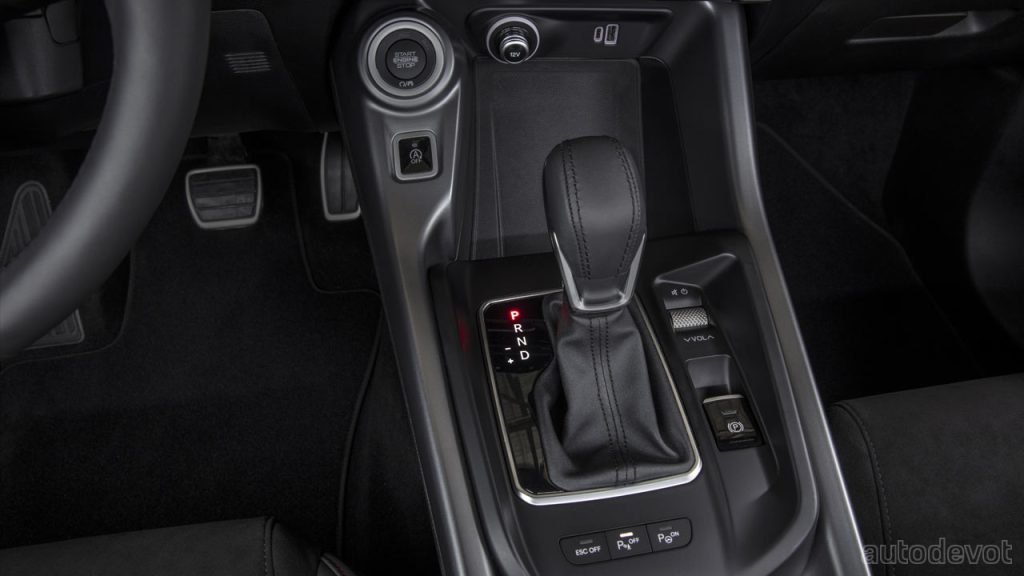 Inside, except for the outer air vents, the dashboard looks pretty much the same as that of the Tonale with a 12.3-inch digital cockpit and a 10.25-inch central touchscreen. Another thing that is different I guess is that the Tonale has a start/stop button right on the steering wheel, while the Hornet has it on the centre console, underneath the climate control settings. On the steering wheel, it has got the mode selector button instead.

The aforementioned Track Pack option gets you Alcantara seats with an embroidered Dodge Rhombi logo. Leather seating is standard for the GT Plus and R/T Plus, as are 14-speaker Harman Kardon premium audio system and a wireless smartphone charging pad. 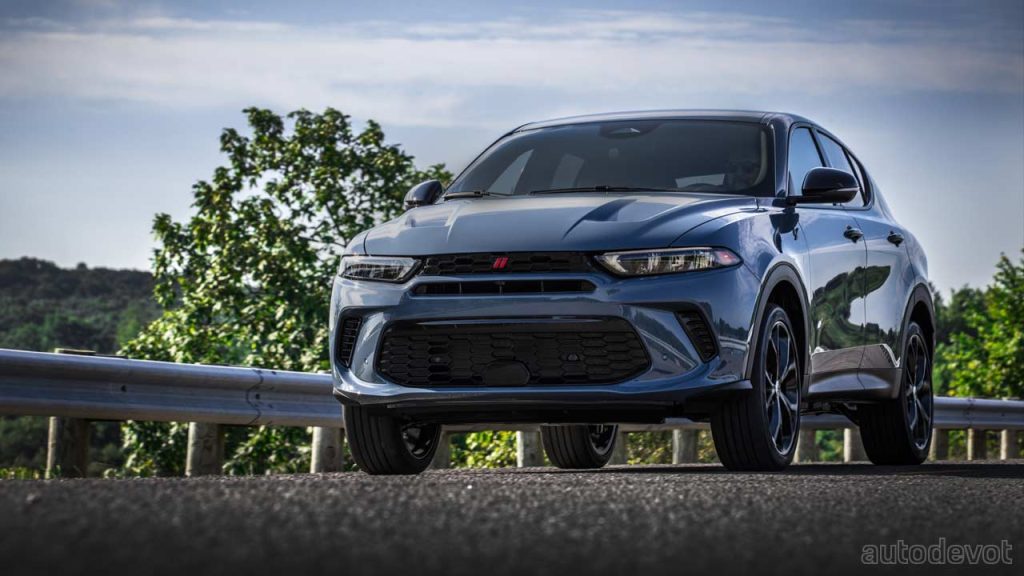 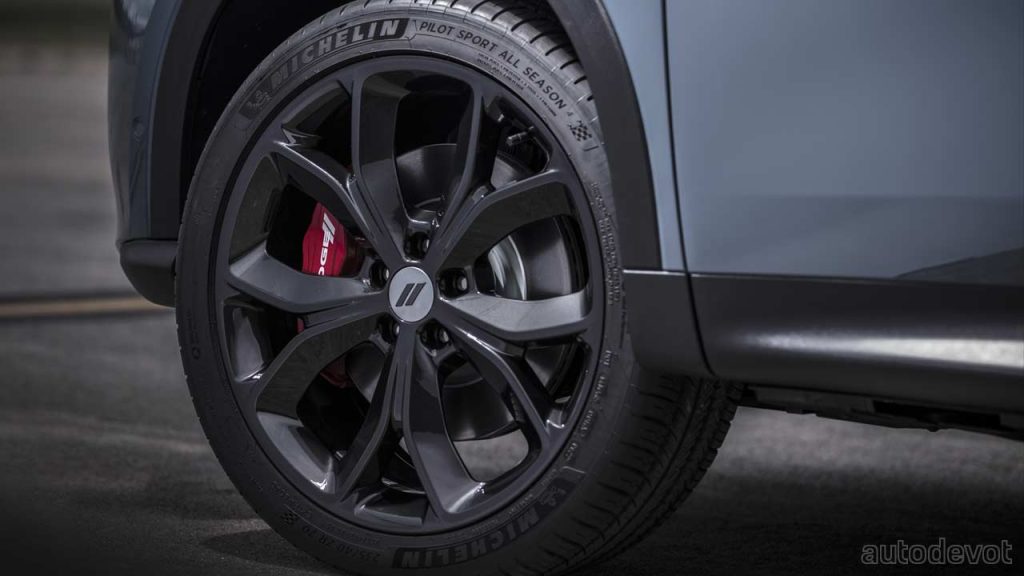 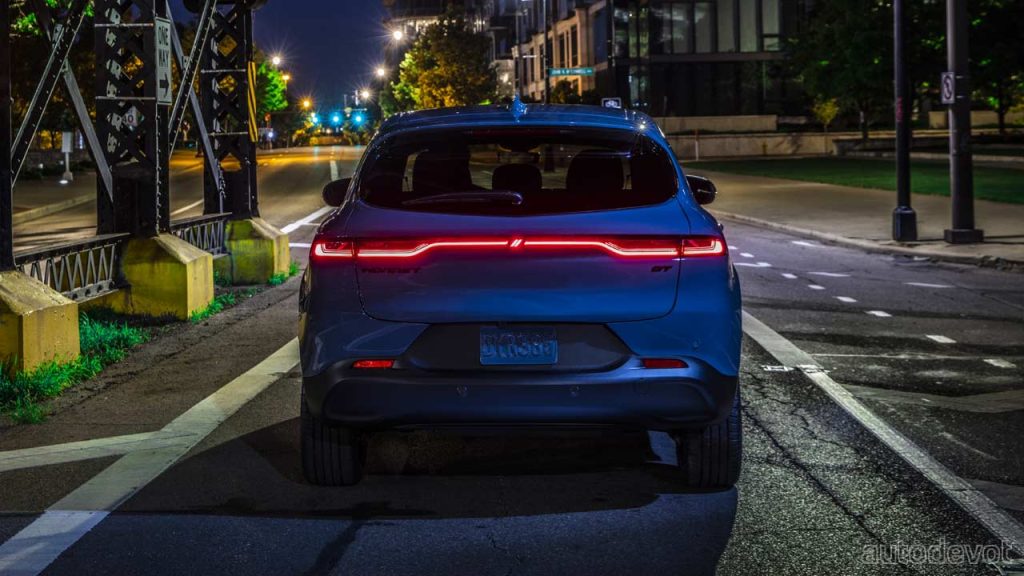 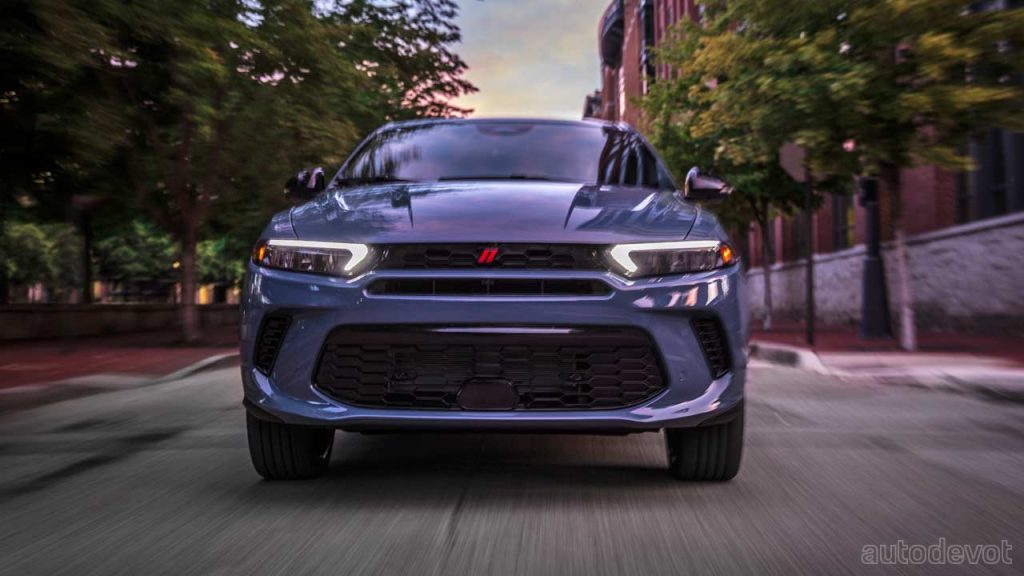 The Hornet R/T is gonna pack a PHEV powertrain, the same setup as that of the Tonale PHEV—which in turn was the same setup as that of the Jeep Renegade 4xe. It’s a combo of a 1.3-litre 4-cylinder turbocharged petrol engine and an electric motor on the rear axle. However, the Hornet boasts 213 kW (285+ bhp/290 metric hp) and 519 Nm (383 lb-ft) combined figures. Plus, the on-demand ‘PowerShot’ function supplies a burst of 25 additional horsepower, which is claimed to shave a full second off the normal 0 to 60 mph (96.5 km/h) time, to 6.1 seconds. All electric range is claimed to be more than 30 miles (48+ km). 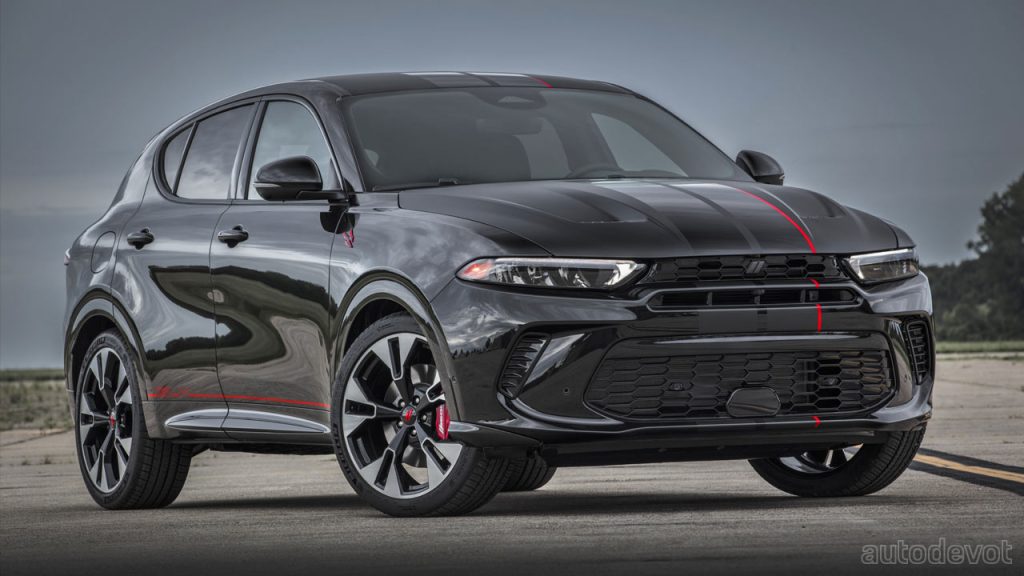 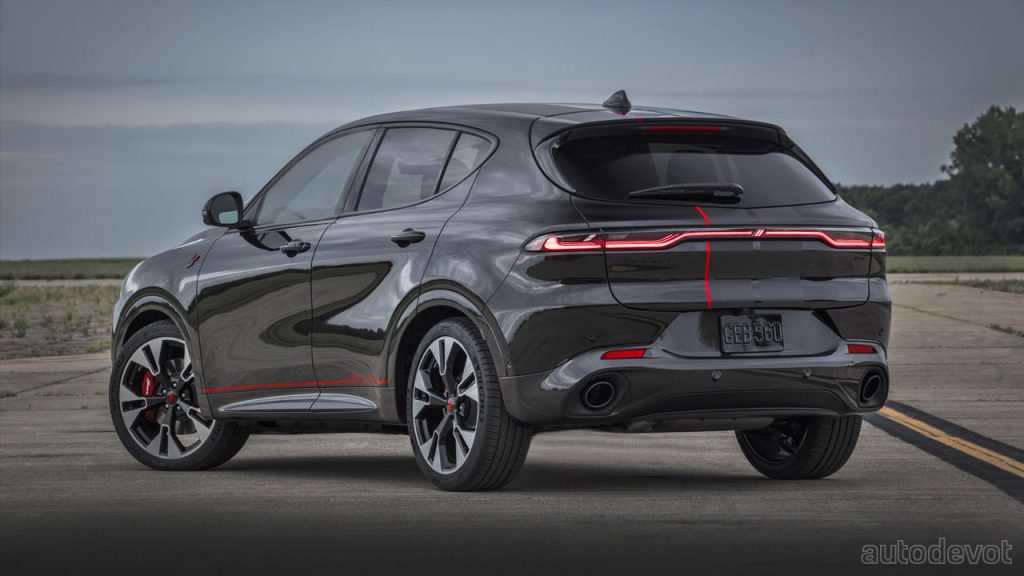 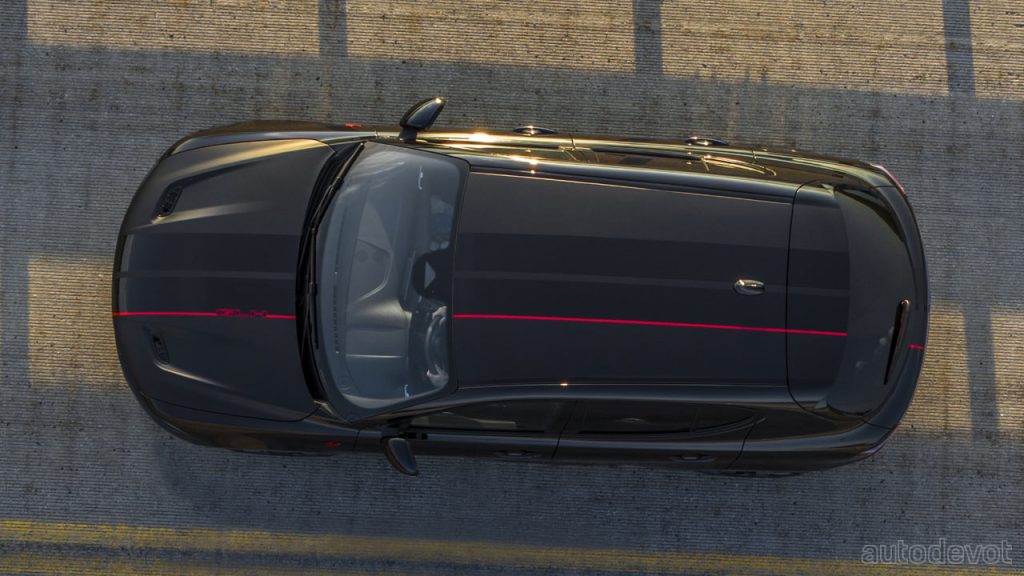 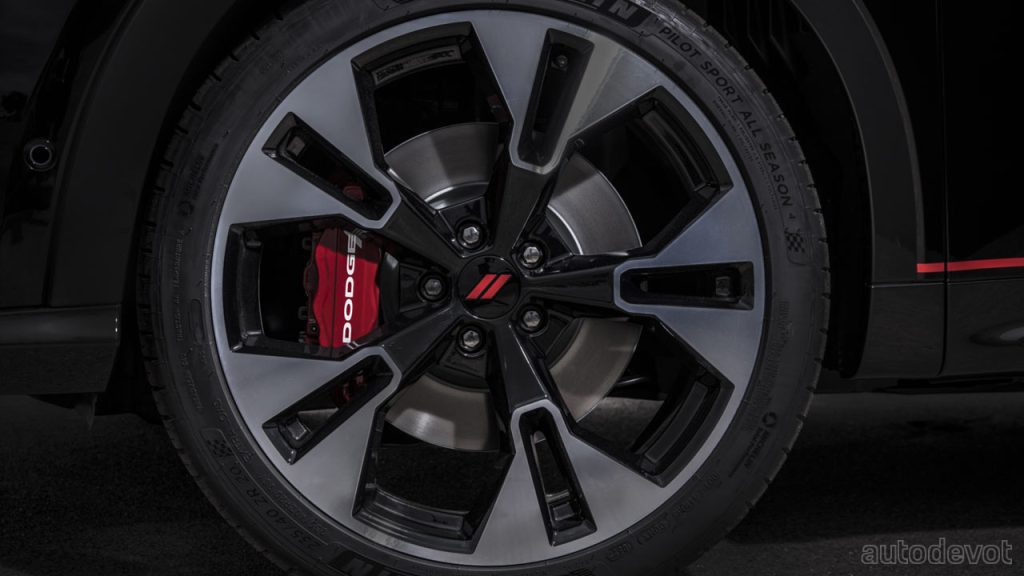 Ok then, now let’s talk about the aforementioned Hornet GT GLH, where the GLH stands for “Goes Like Hell”. Dodge calls this a concept and is apparently a homage to the Dodge Omni GLH produced in the mid-1980s. But the actual plan is to offer a ‘Direct Connection’ line of factory-backed performance and visual upgrades.