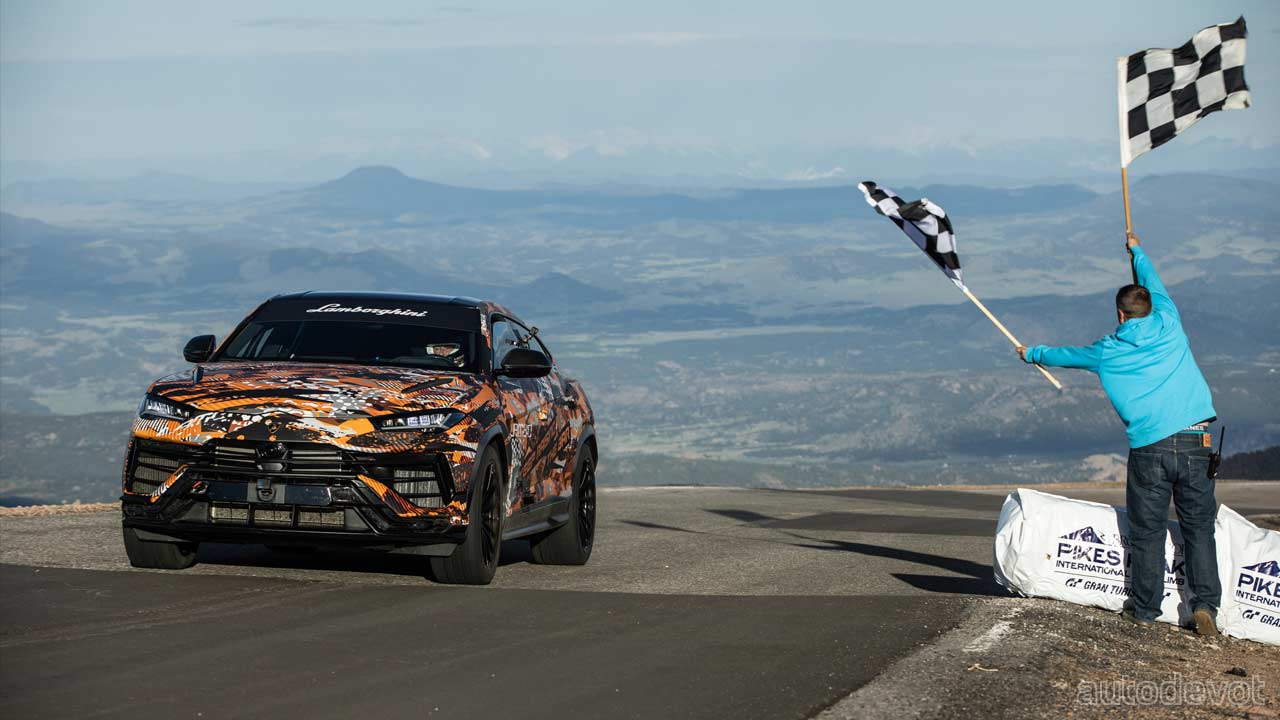 Lamborghini has been keeping a secret.

As you probably know, the so-called “super-SUV” Lamborghini Urus is nearly 5 years old; it arrived in the fall of 2017 with tons of confidence and achieved its goal of being the brand’s best-seller within a short period of time, and remains to be a best-seller. And so, an updated model is all set to make its debut just a few days from now, and as modern automotive tradition would dictate, the official debut of an important car has to be only after some kind of record-setting event. Because that’s the preferred way for carmakers to ensure tons of sales these days. 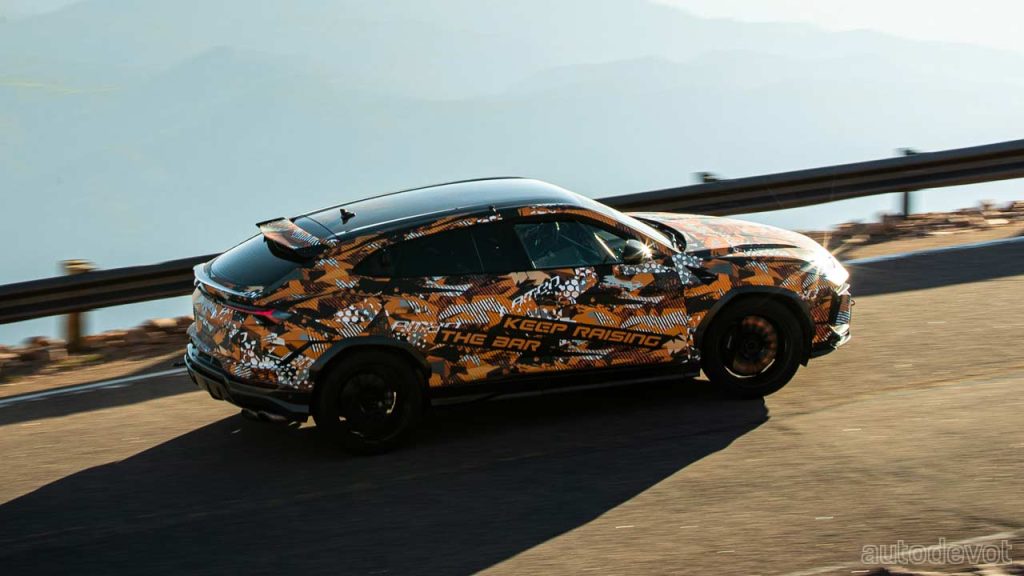 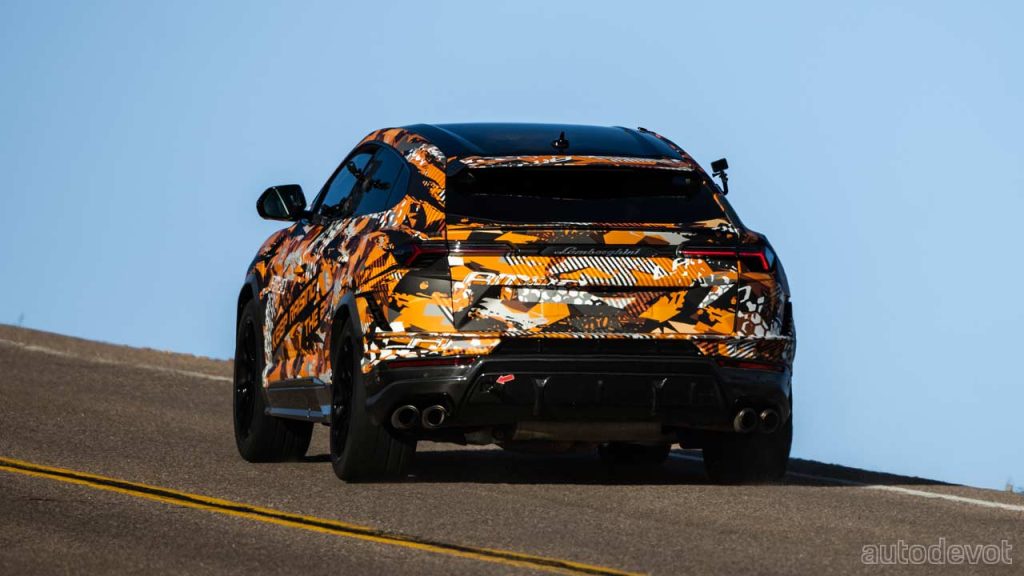 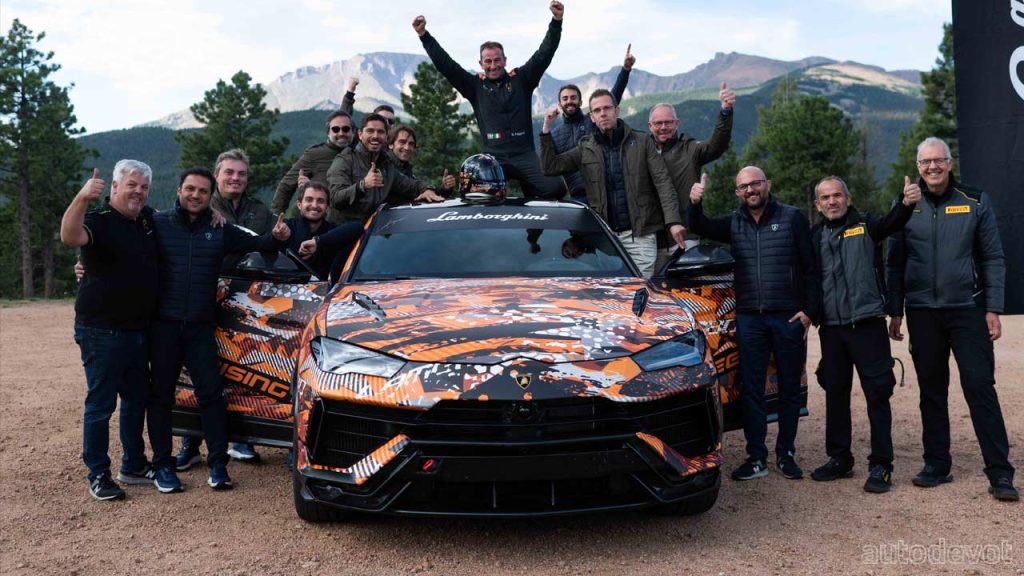 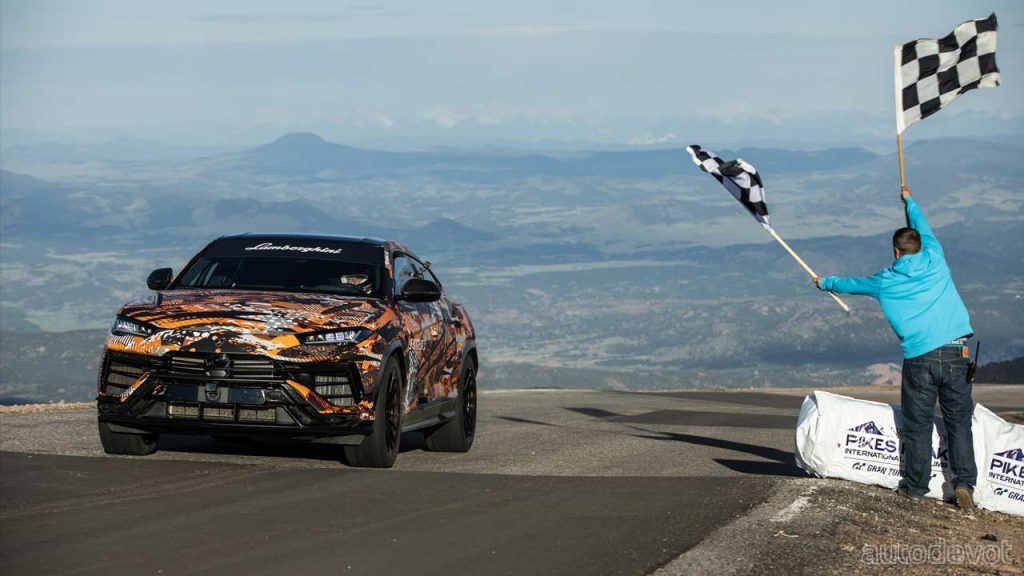 The new Urus climbed the Pikes Peak hill in 10:32.064 minutes, beating Bentayga’s 2018 record by over 17 seconds. This actually took place in June, during the 100th running of the Pikes Peak International Hill Climb event. Hill climb champion and Pirelli test driver Simone Faggioli, holder of the rear-wheel drive record set in the 2018 Pikes Peak, was entrusted with the new Urus.

The timed attack took place on the same route as the race, with the road closed to regular traffic for the occasion. Starting from an altitude of 2,862 meters, Faggioli tackled the 156 turns that wind for 20 km (12.42 miles) ascending a further altitude of 1,439 meters over an average gradient of 7%, and crossing the finish line at 4,302 meters (14,115 ft) in 10:32.064. The new Urus didn’t actually participate in the race, but the time was recorded by the official timekeepers of the Pikes Peak International Hill Climb.

The prototype had a roll cage inside, and the standard driver seat was replaced with a race seat with a six-point harness. The tires (sizes 285/40 R22 and 325/35 R22) are an evolution of the Urus’ Pirelli P Zero Trofeo R. These semi-slick tires are claimed to offer high performance both on dry asphalt with high ambient temperatures and on wet surfaces with colder temperatures.