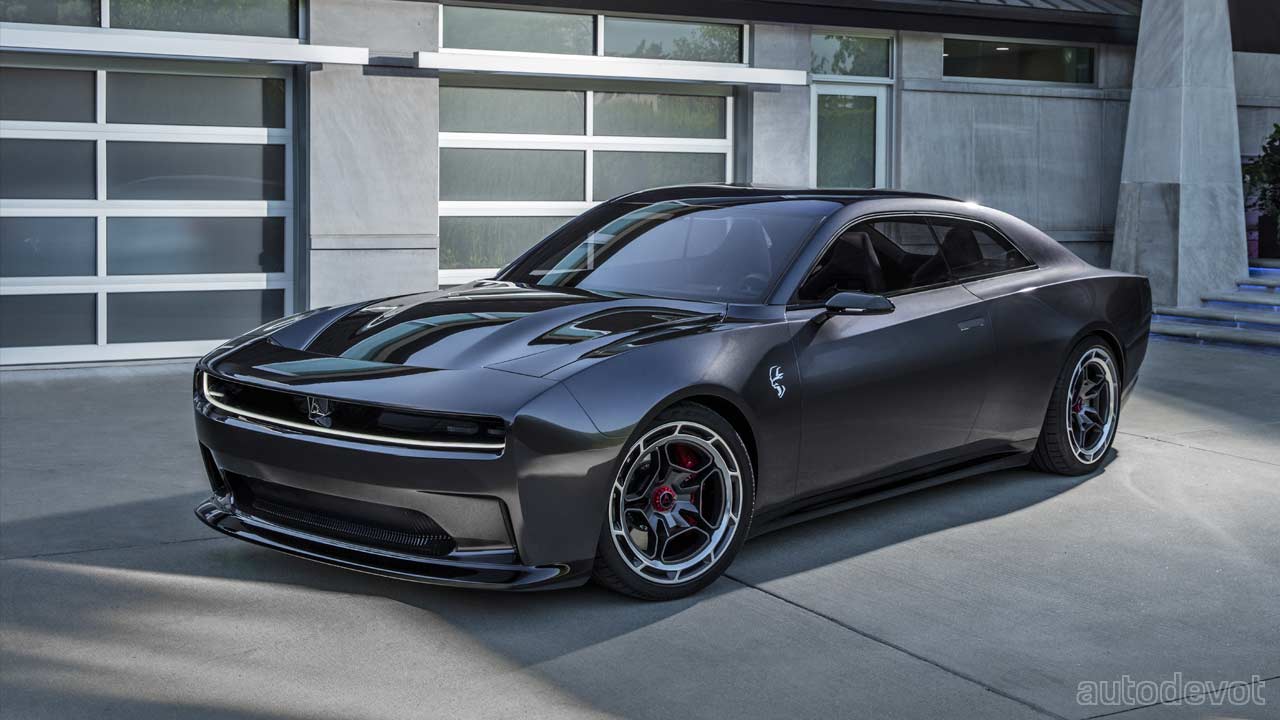 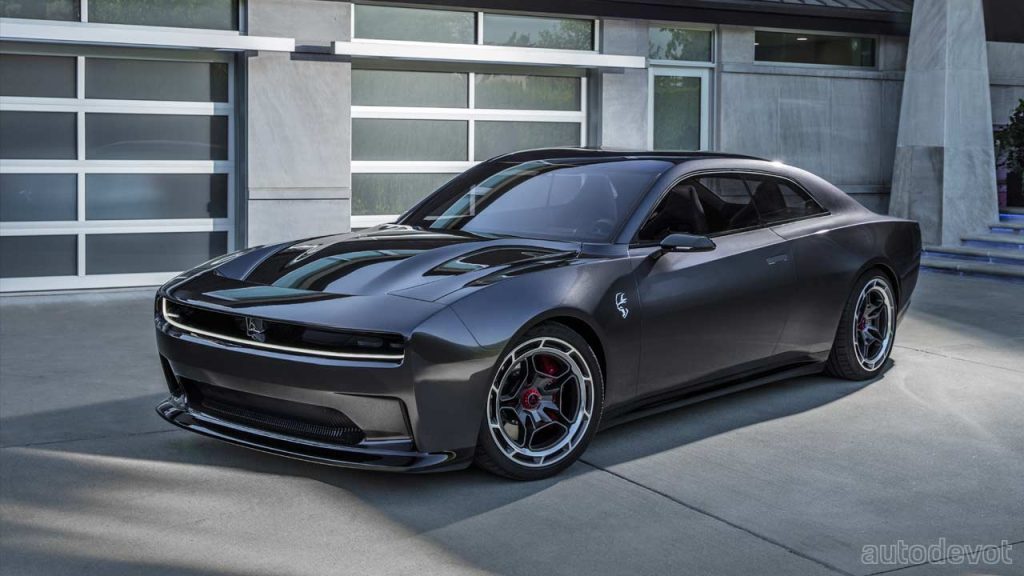 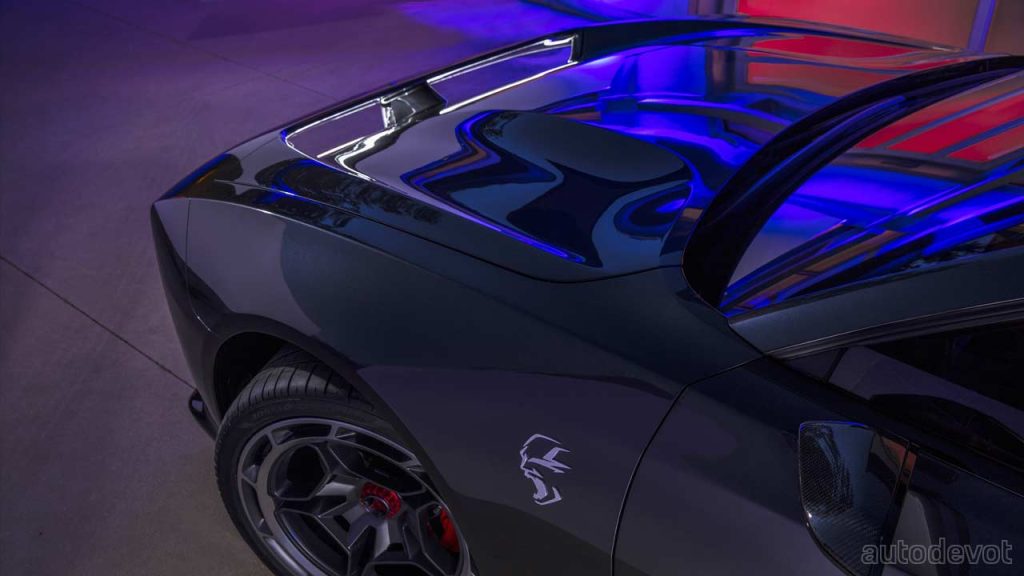 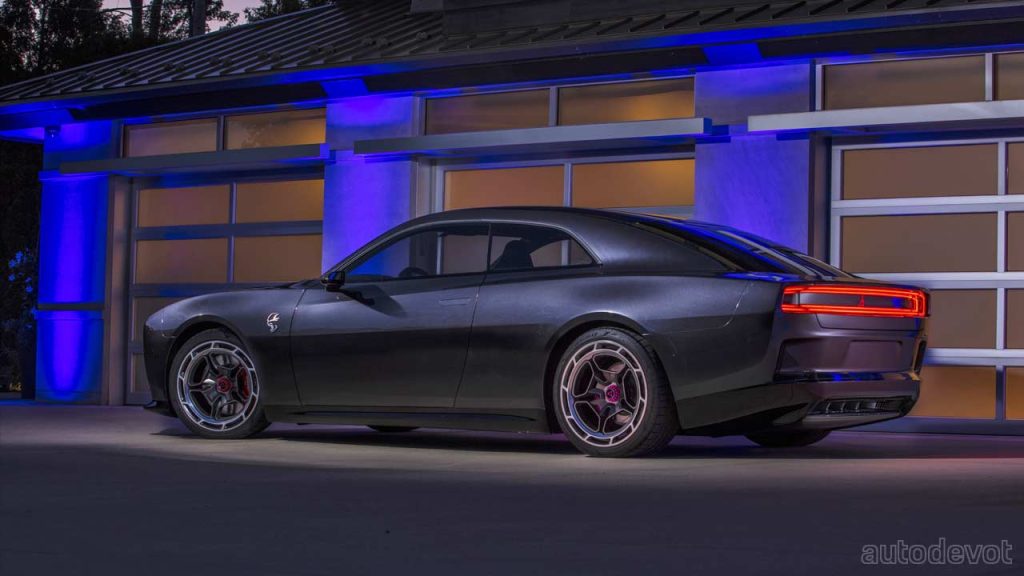 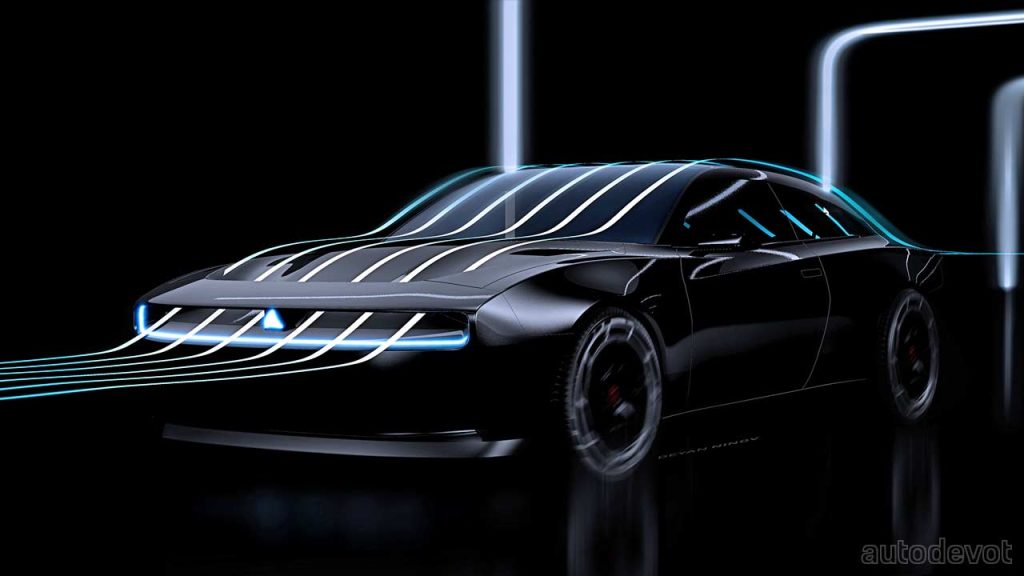 The R-Wing refers to that aerodynamic pass-through at the front end, which apparently is a homage to the original Charger Daytona. The design enables a characteristic blunt Dodge front fascia while offering better aerodynamics. Both the front and rear lighting features a full-width design, complemented with a 3D illuminated Fratzog badge at the centre. Brushed aluminum “screaming” Banshee fender badges allude to the new propulsion system that drives the concept. 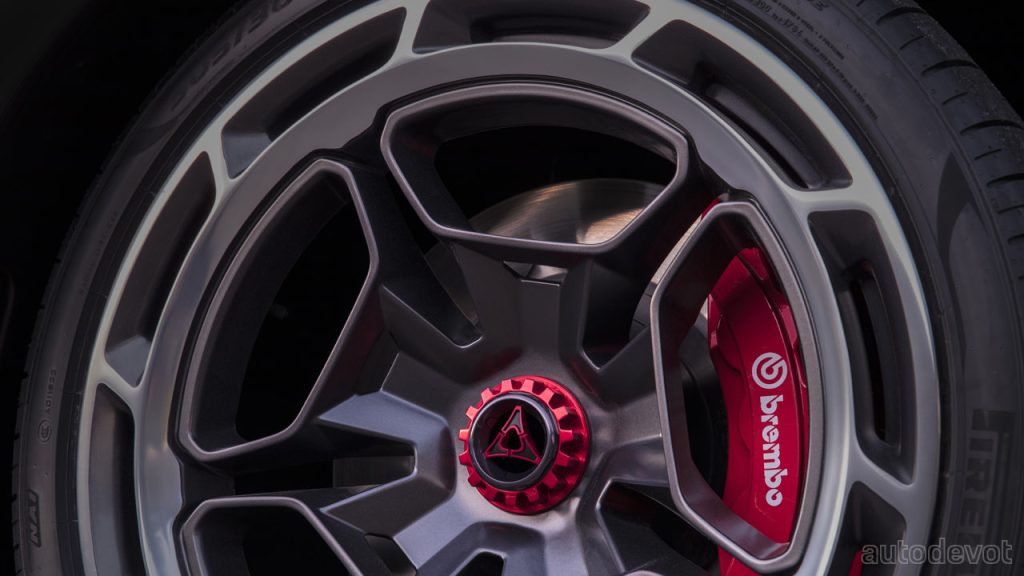 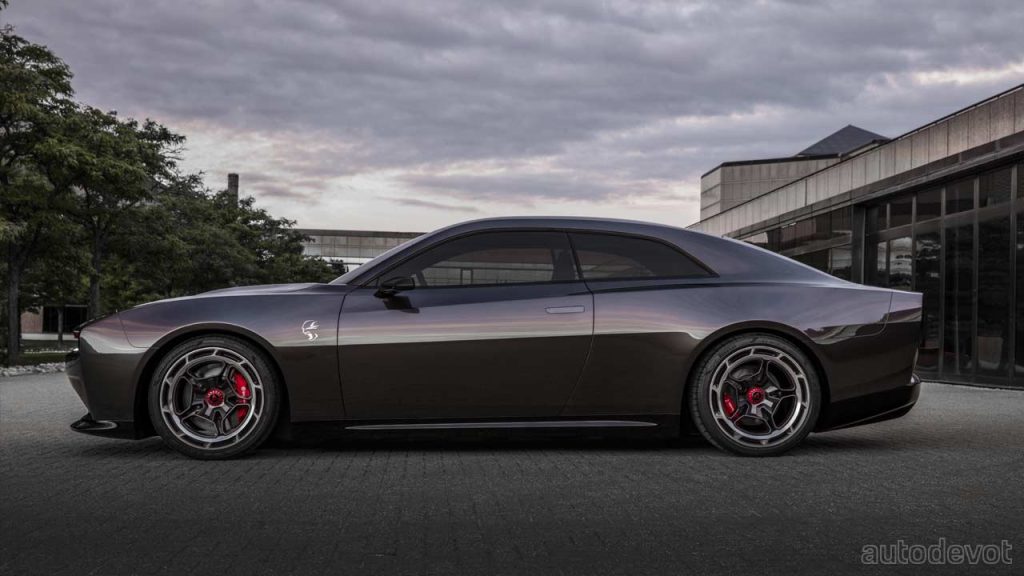 The concept rides on unique, aerodynamically-optimized 21-inch turbine-like design wheels featuring a red Fratzog logo on the center lock. And, as mentioned, the Charger Daytona SRT Concept also boasts something called Fratzonic Chambered Exhaust—which is claimed to produce a sound that can reach 126 dB, making it as loud as a Hellcat-powered Dodge. The system produces sound through an amplifier and tuning chamber located at the rear of the vehicle. 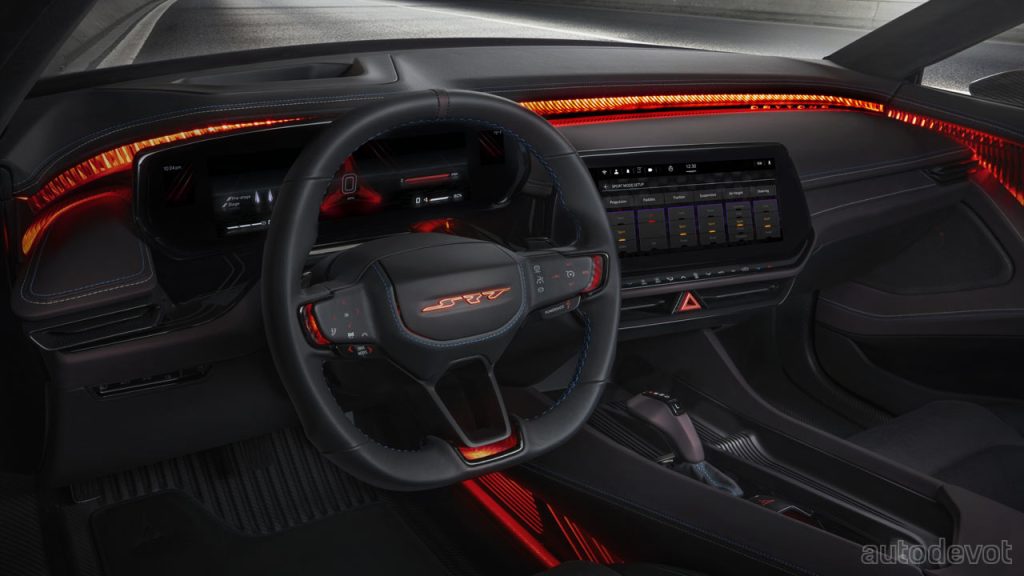 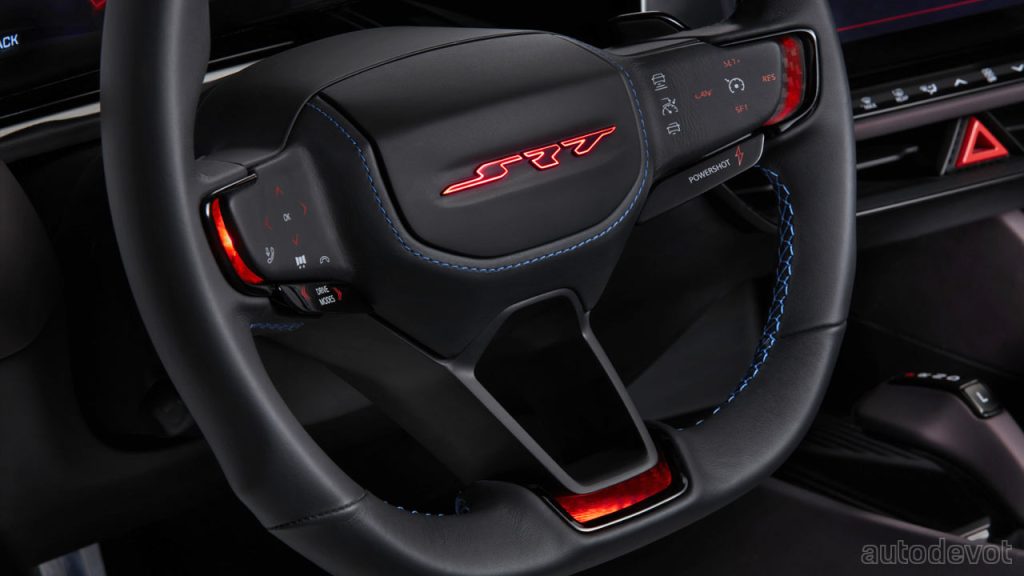 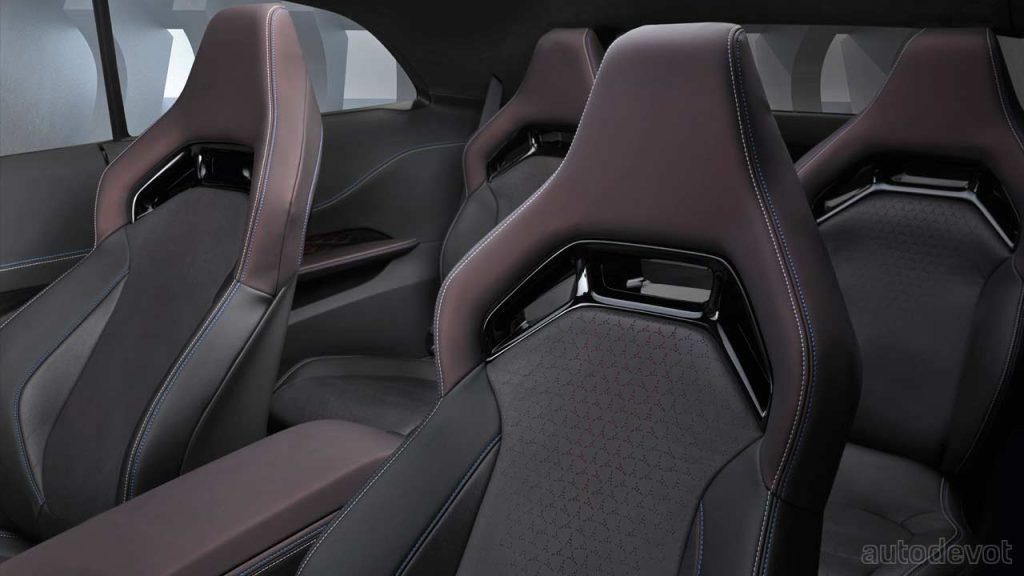 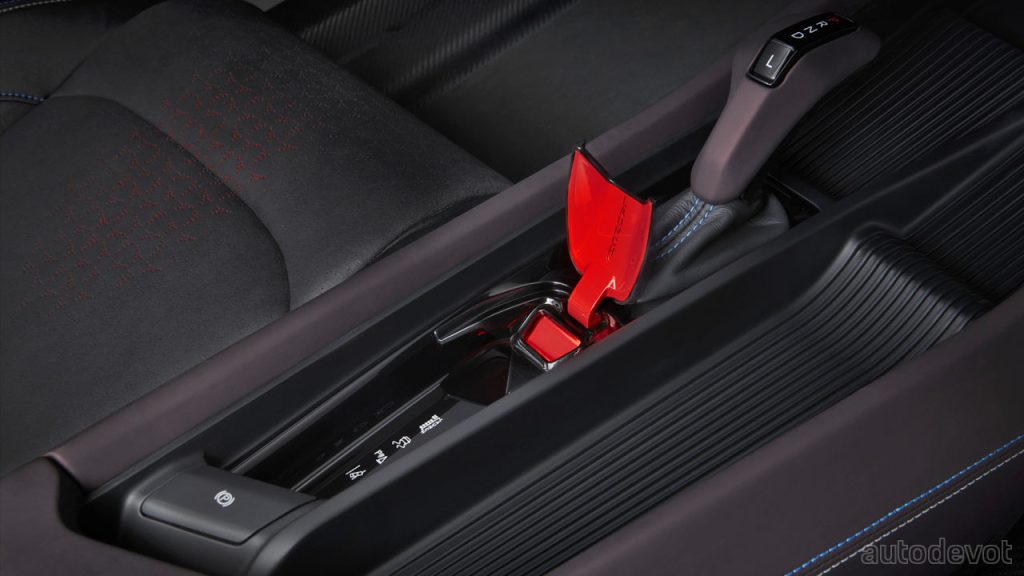 The racy cockpit boasts an SRT-branded flat-bottom steering wheel with lots of buttons including a ‘PowerShot’ button which apparently “delivers an adrenaline jolt of increased horsepower for a quick burst of acceleration”. And of course, you can’t miss that jet-fighter-inspired cap you need to flip up to engage the start button. Other key highlights include a 12.3-inch central touchscreen, the largest featured in a Dodge vehicle, a curved 16-inch instrument cluster, an 8-by-3-inch Head-up Display, and of course, race-inspired seats with carbon fibre shell. 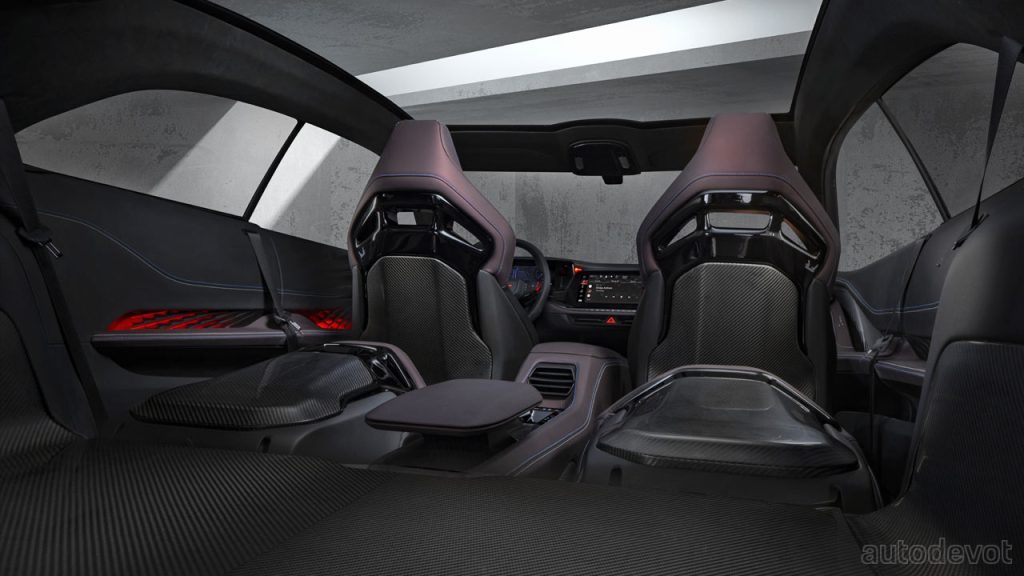 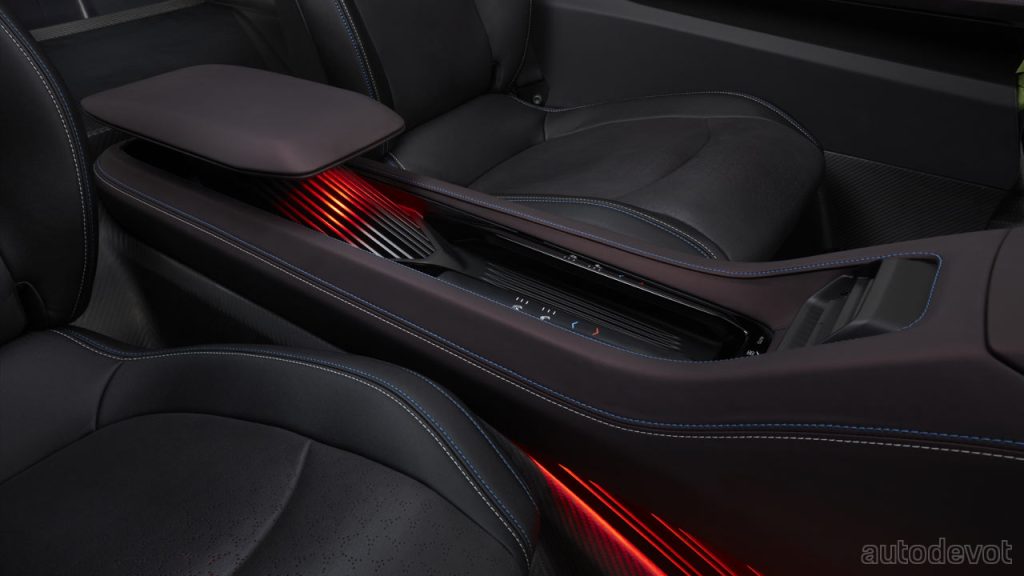 Of course, we didn’t talk about the eRupt. It is apparently a multi-speed transmission with an electro-mechanical shifting, which is said to deliver distinctive shift points. Dodge didn’t share any technical info on this concept, but just said that the concept is “powered by new 800-volt Banshee propulsion system”.