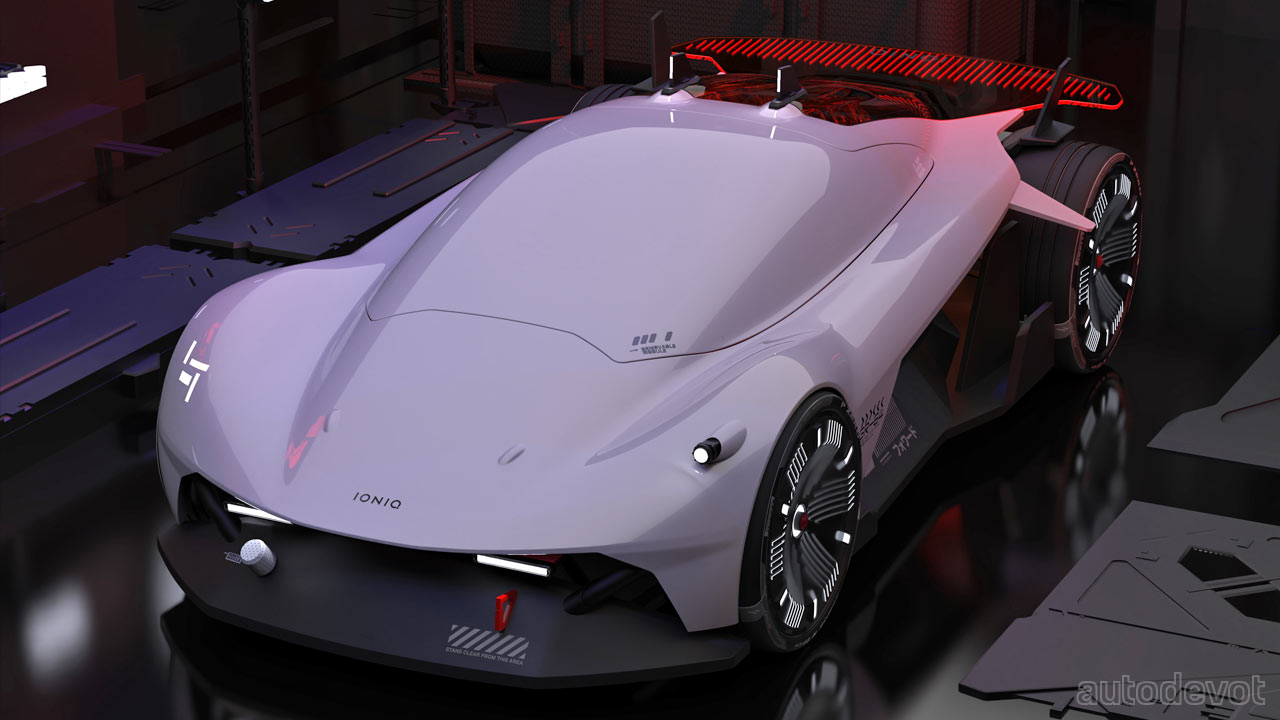 The students at Italy’s Istituto Europeo di Design (European Institute of Design) took on a challenge from Hyundai to come up with concepts based on the brand’s tagline “Progress for Humanity”, and with a li’l help from the Hyundai Europe Design Center in Germany, came up with three concepts.

A total of 43 students from 11 different countries participated in this collaboration and they were organized into teams. Out of 11 projects submitted for thesis discussions, HYDRONE_01, ASKJA and AVA concepts were selected and sent to create 1:4 scale models.

The HYDRONE_01, designed by Sara Conte, Emilio Palmieri, Filippo Checcucci and Francesco Pizzitola, was apparently inspired from the world of gaming. It has got particularly pronounced edges creating that low-poly 3D model you might find in vintage video games. It does indeed look like a batmobile from a ’90s video game. I’m not entirely sure if drones have anything to do with the name or the concept itself.

But anyway, next up, we have the AVA concept, designed by Pietro Artigiani, Federico Boasso, Luca Orsillo and Nicolò Arici. I would say it’s my favorite among the three; it looks toyishly cute and very futuristic at the same time. The AVA concept is apparently more of an aerodynamic study, because if you look carefully, it has got asymmetrical elements at the front, such as the headlights, for example.

The third and final one is the ASKJA concept, designed by Adam Marian Cal, Giorgio Bonetti, Riccardo Seveso and Arthur Brecht Poppe. It’s a crossover-like contraption as you can probably tell, and incorporates Hyundai’s Parametric Pixel elements, plus it has got gullwing doors—because why not?

Also, notice that all three concepts are branded ‘Ioniq’, meaning these are either powered (theoretically) by an all-electric or hydrogen fuel cell powertrain (FCEV).