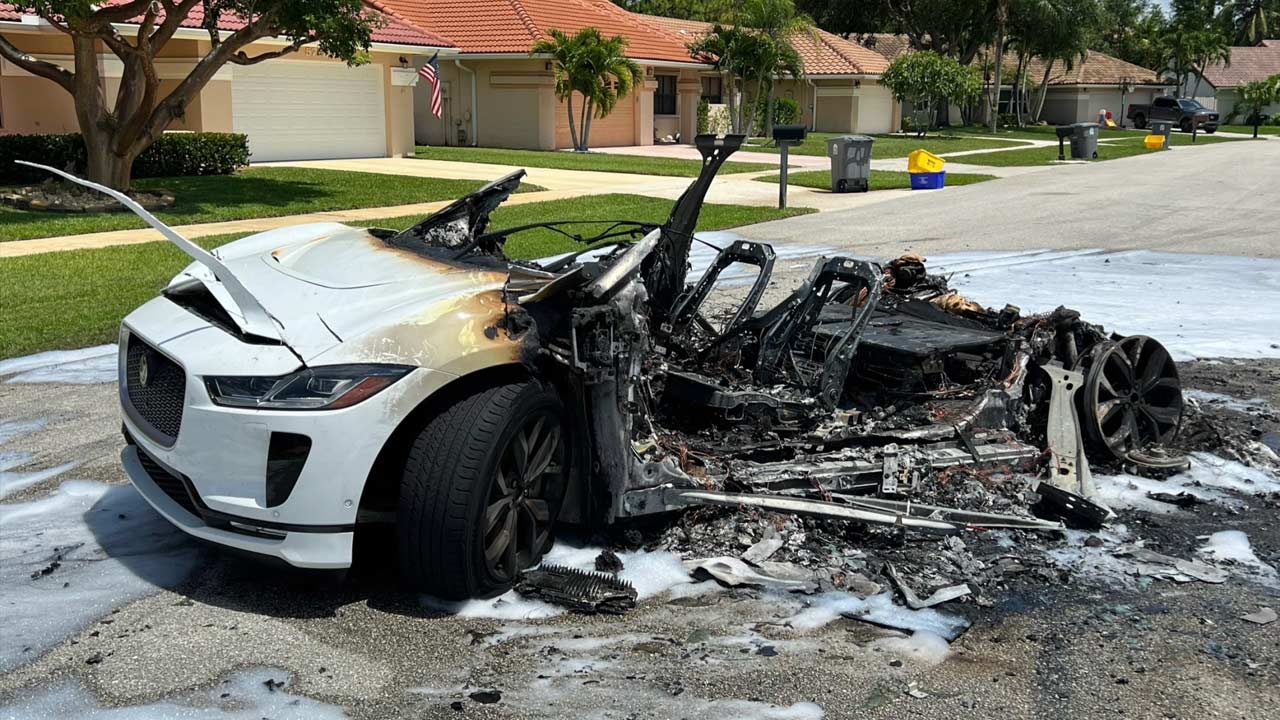 A Jaguar I-Pace simply sitting in a garage in Florida doing nothing but sipping electrons, allegedly started to smoke before eventually bursting into flames. But the good news is that the fire started out on a residential street in front of the house and not inside the garage, thus there are no fatalities. According to reports, this is the fourth known incident of an I-Pace catching fire while parked or charging. There was one in the Netherlands in 2018, followed by one in Oregon (U.S.) and another in Hungary, both last October. 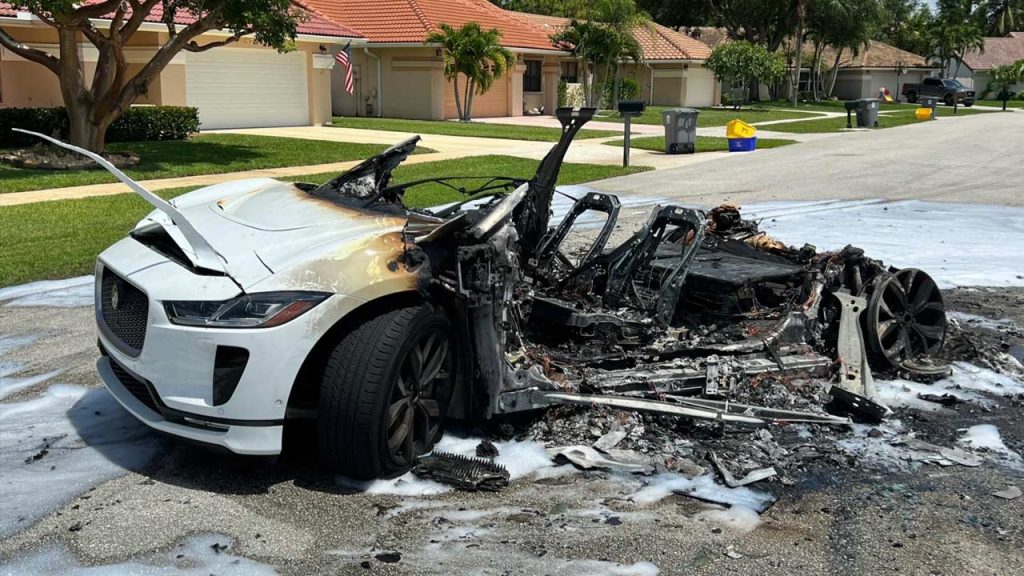 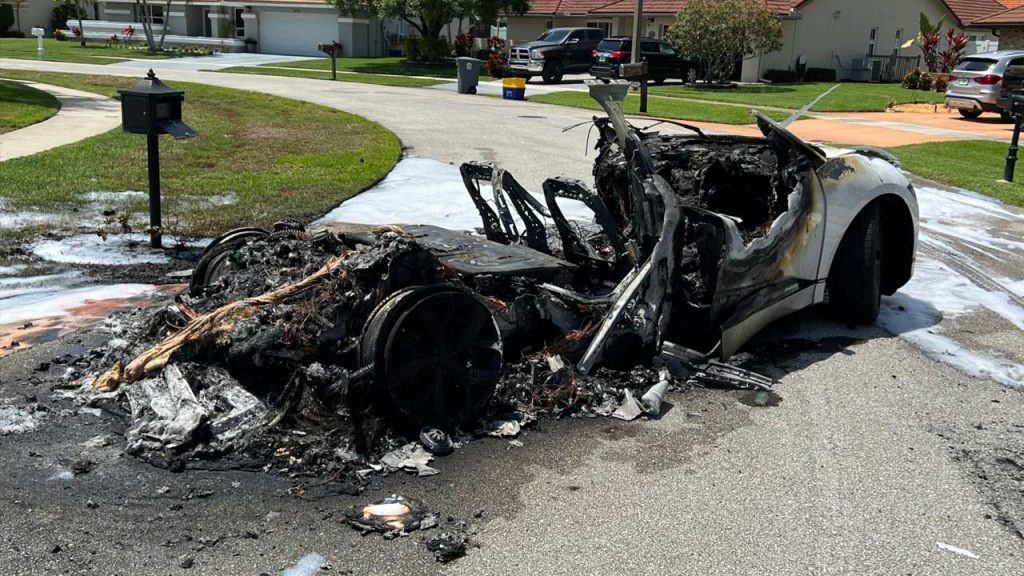 The Florida incident involves a model year 2019 I-Pace. The owner apparently plugged-in the car in his garage before going to bed on June 16, 2022, and the next day morning he took the car out to run some errands. He drove about 12 miles (19 km) that morning before returning back home and parking the car back in the garage, but left the garage door open. As he went about his day minding his business, he heard pops coming from the garage, and upon walking into the garage, he faced a thick wall of smoke.

After realizing what he was actually facing, he then decided to take the risk of getting the car out onto the residential street in front of his house in order to protect his house and family, and of course, soon after, the car got fully engulfed in fire. I guess the oxygen out in the open helped the fire rage more, but the fire department managed to bring the situation under control. And once the fire was fully extinguished, all that was left was the front face of the car. The folks from Jaguar reportedly came and picked up the remains for investigation. 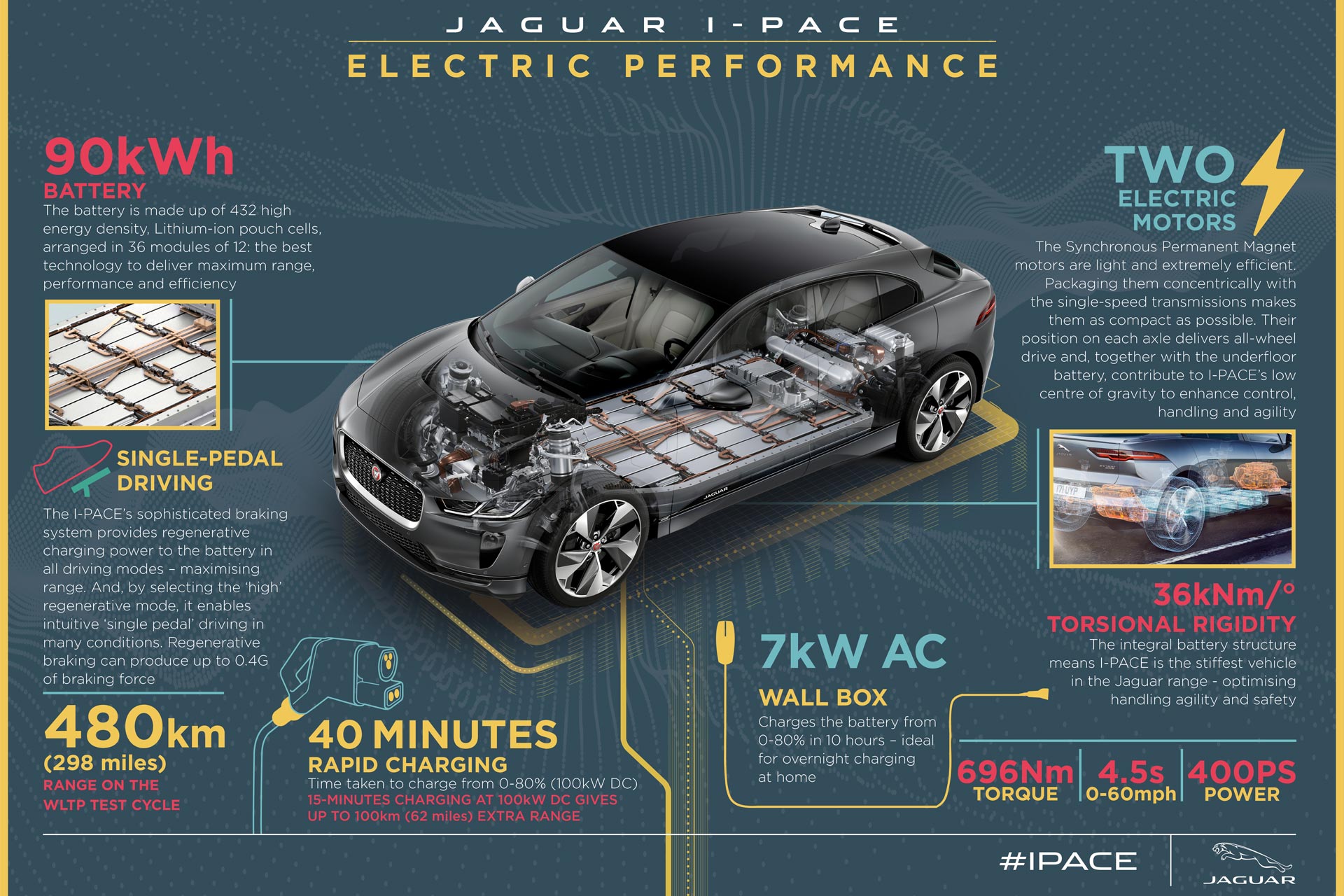 The I-Pace uses pouch-type cells, similar to those you’ll find in smartphones. A total of 432 such cells are divided into 36 modules containing 12 cells each, forming a total energy content of 90 kWh. These cells are supplied by LG Chem which also supplies many other OEMs including GM and Hyundai Group. Several Chevy Bolt EVs (not the 2022 model) have reportedly gone up in flames. 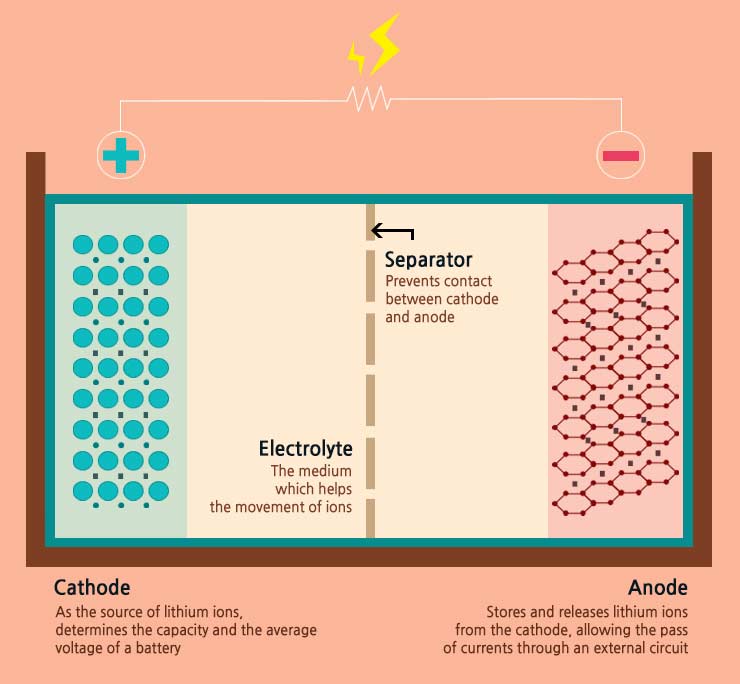 But whether you use cylindrical cells or pouch cells, you gotta ensure that there’s a robust battery management system, and of course, proper cooling of the battery pack itself. Also, a faulty separator in one or more cells can result in a catastrophic rupture of the pack. Separators are thin, microporous membranes that physically separate the cathode and anode while allowing ions to pass through. And think of electrolyte as a liquid medium that ions use to swim into the other side. In a solid-state battery, the electrolyte as the name suggests, is solid, which is said to be a lot safer.