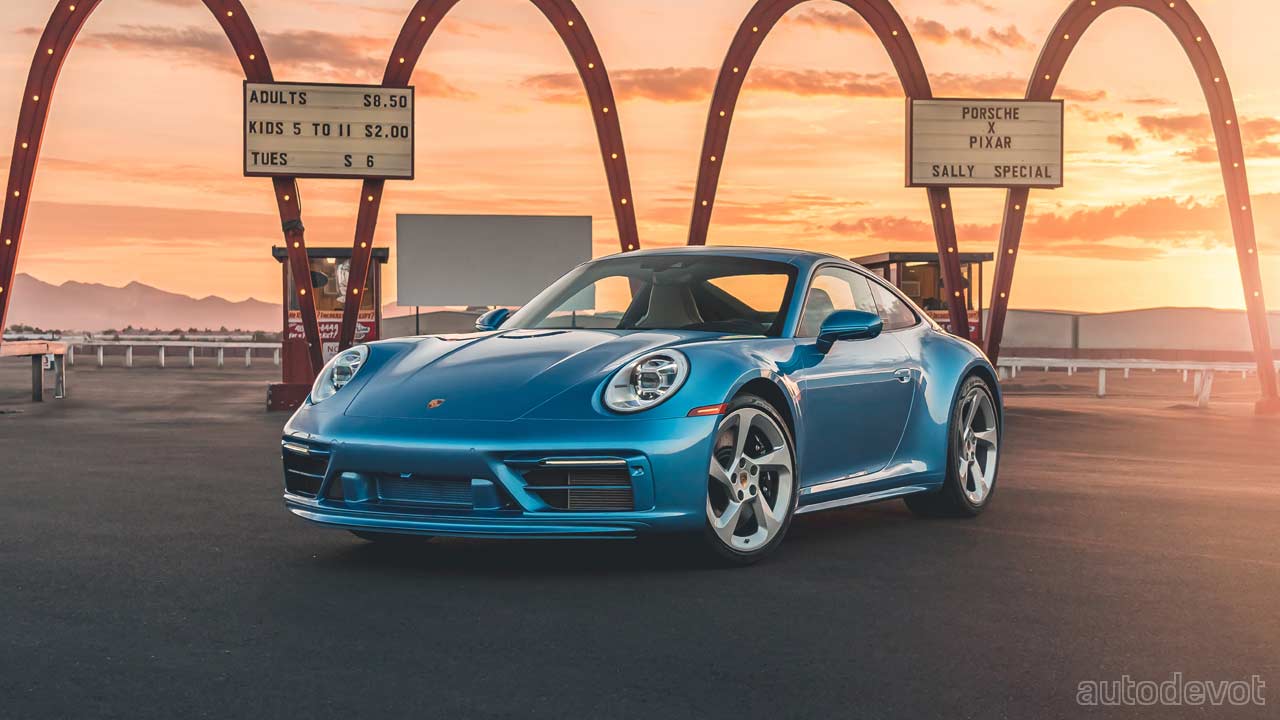 Remember the Sally Carrera from the Cars movie franchise? Well, Porsche and Pixar Animation Studios have teamed up to produce a real-life Sally Carrera called the 911 Sally Special, which will be auctioned off by RM Sotheby’s on Saturday, 20 August 2022 as part of Monterey Car Week in California. The proceeds from this bespoke, one-off creation, will go to charities. A portion will go to Girls Inc and another portion to UNHCR; the latter is an organization that supports refugees from Ukraine. 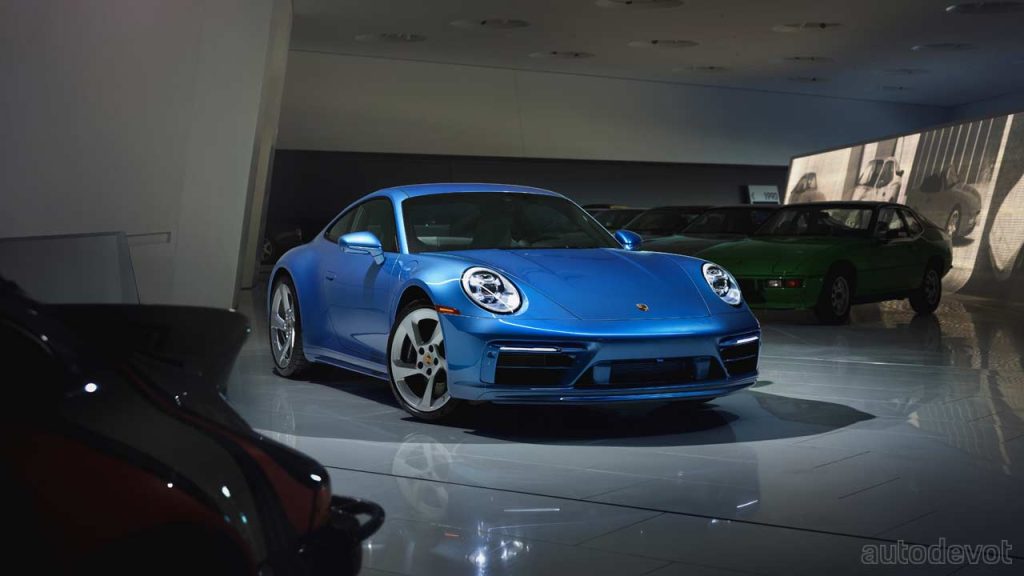 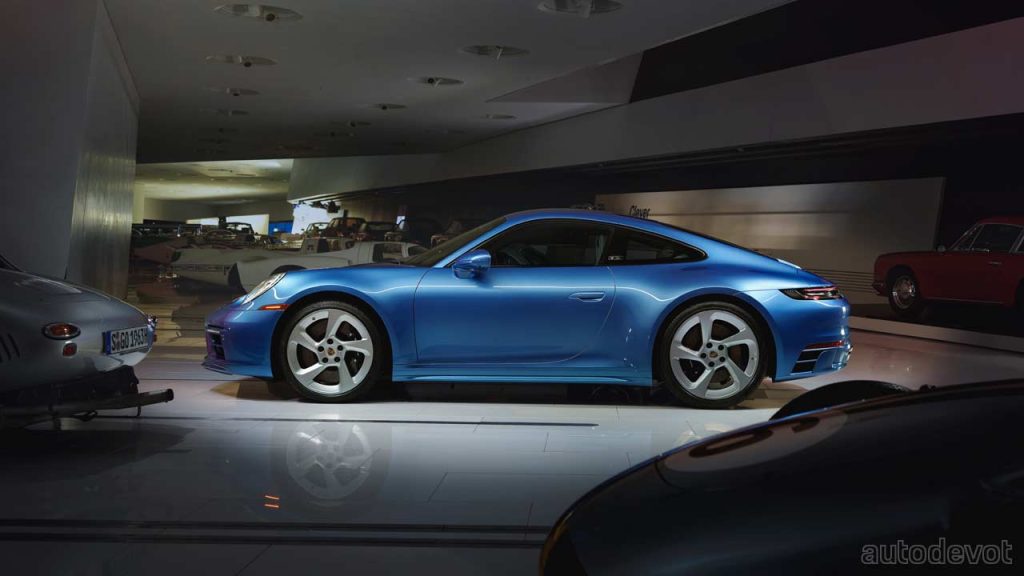 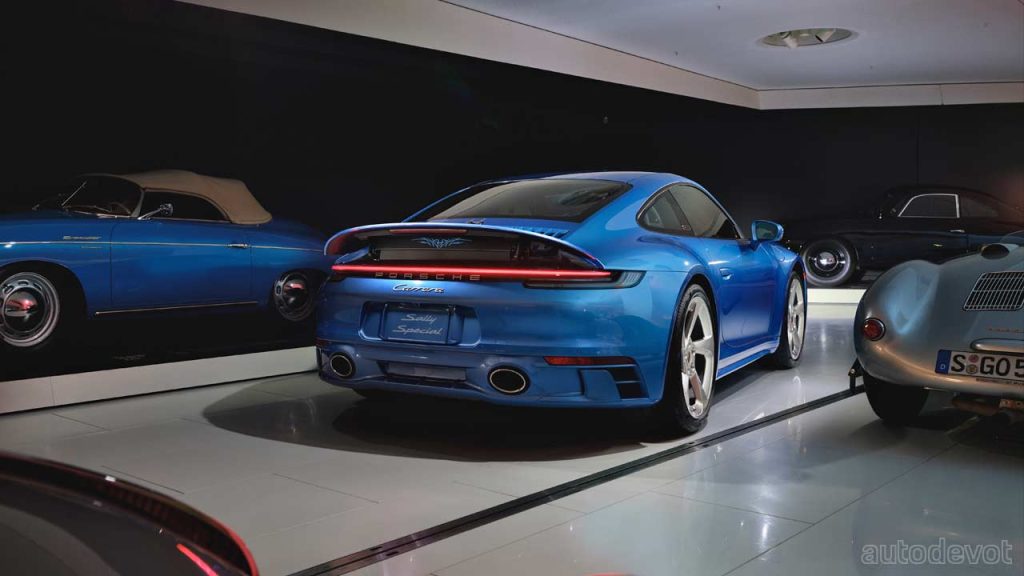 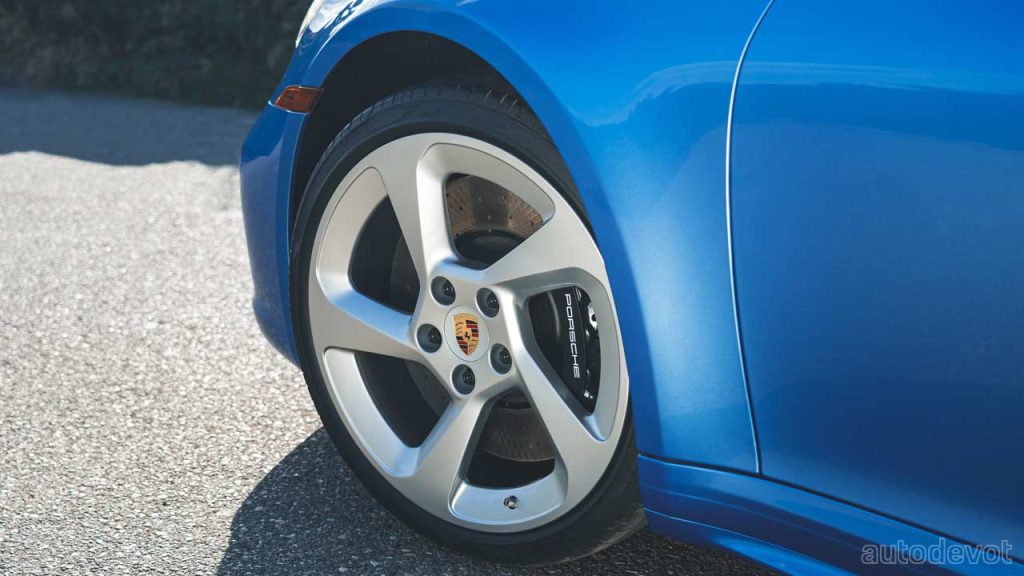 The 911 Sally Special is based on the 911 Carrera GTS model, finished in a bespoke ‘Sallybluemetallic’ hand-applied paint. Since the fictional Sally is a 996-gen Carrera, the real-life iteration gets matching ‘five-arm design’ bespoke rims of sizes 20-inch at the front and 21-inch at the rear. There are some finer details such as the Cars logo on the rim valve cover, a special Sally Carrera badge on the C-pillar, and a tattoo underneath the rear wing. Check out more photos here. 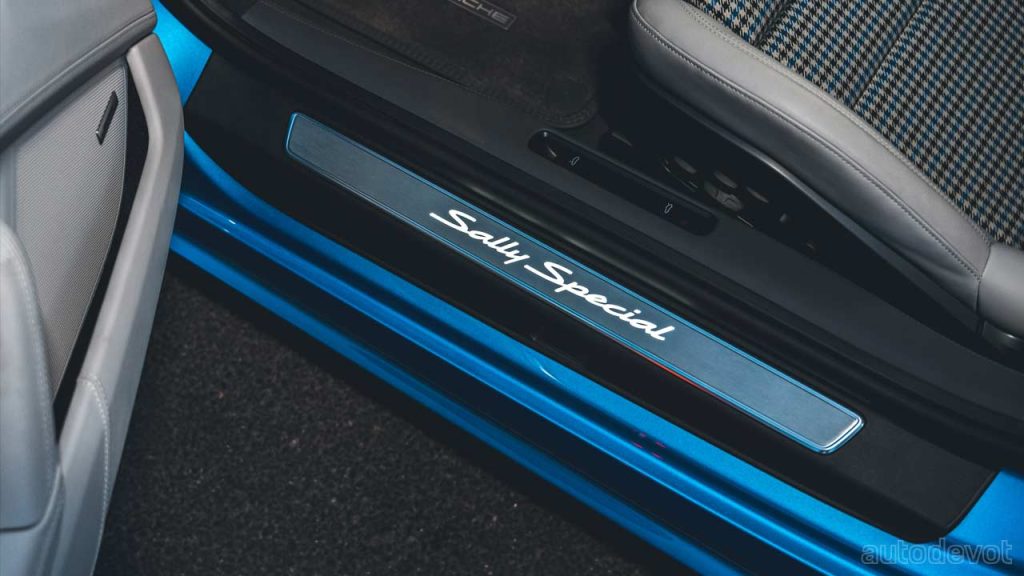 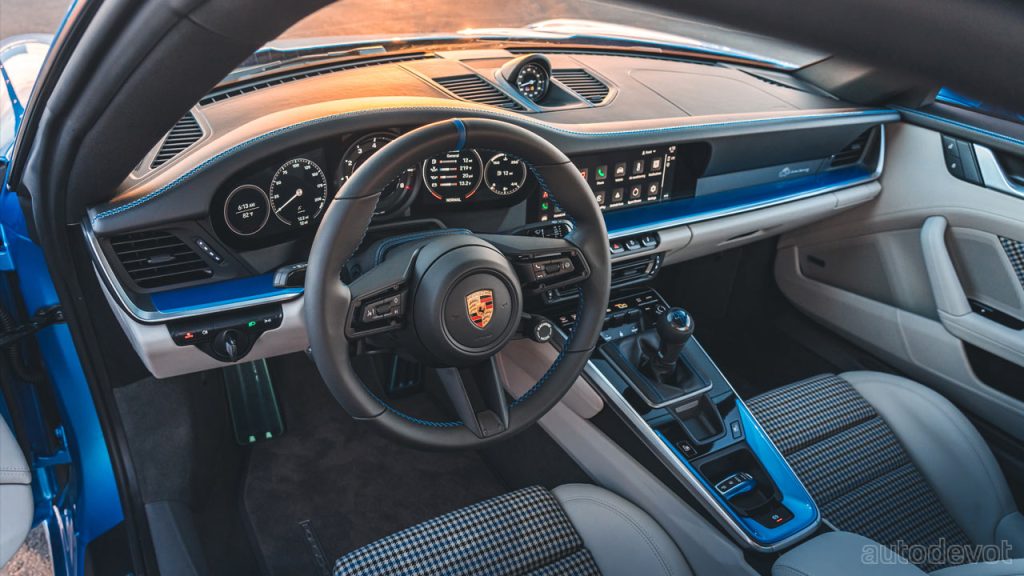 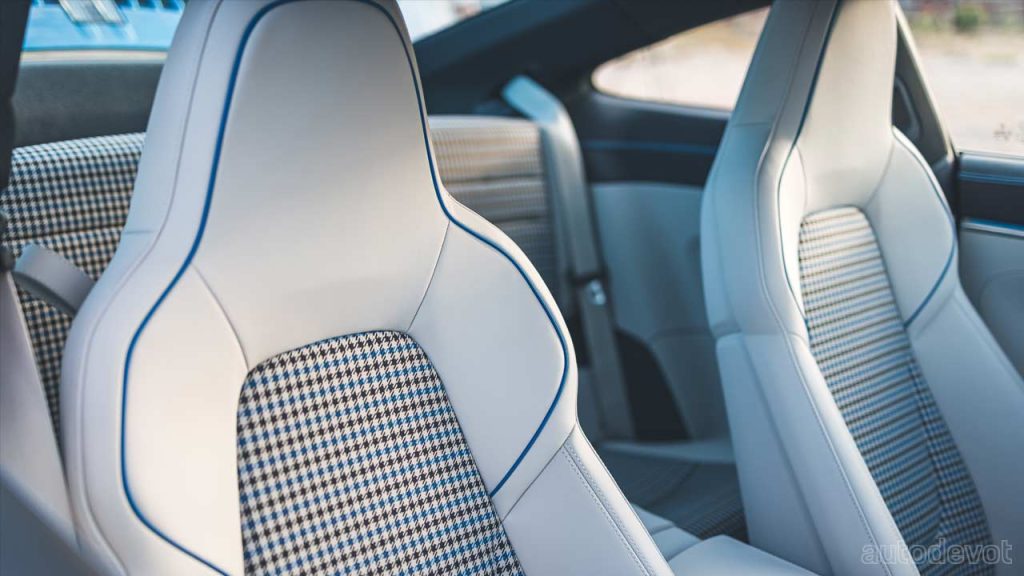 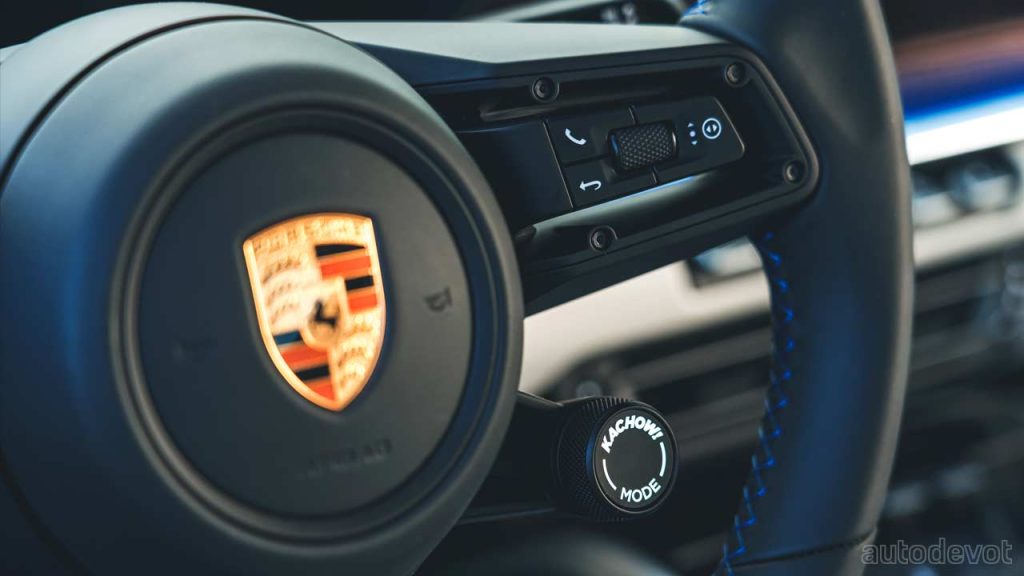 The same Sallybluemetallic color has been used in the interior as well, quite generously in fact. The seats are upholstered in a combo of a special Pepita houndstooth fabric upholstery in three colors, with chalk-colored leather; notice the blue piping at the top. Other details include the Cars logo on the door panels, and a Sally Special 001/001 branding on the passenger side of the dashboard. Also, don’t miss that ‘Kachow!’ on the mode selector knob. In addition to the car itself, the auction also includes a special chronograph by Porsche Design, created with the same theme.

Powering the 911 Sally Special is a 3.0-litre flat-six turbo, developing 353 kW (480 metric hp) and 570 Nm (420 lb-ft), paired with a 7-speed manual gearbox. “The 911 Sally Special is based on the fastest and most agile variant of the 911 Carrera model line, the 911 Carrera GTS. The car is equipped with a manual gearbox, tapping into Sally Carrera’s passion for driving,” says Boris Apenbrink, Director, Porsche Exclusive Manufaktur vehicles.