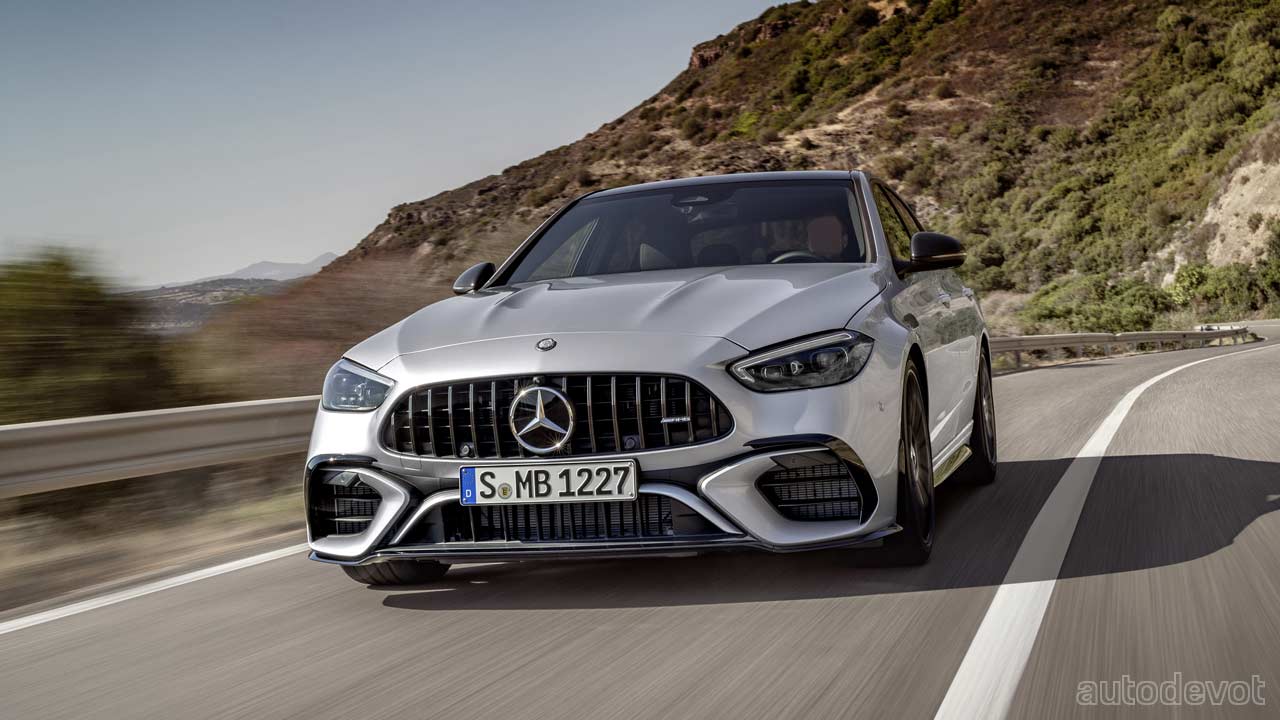 The 5th-gen (W206) Mercedes-Benz C-Class lineup is now joined by the much-awaited AMG C 63 S, and it’s not the C 63 S we all were familiar with so far, for obvious reasons, but will talk about it in just a minute or two. Pricing is yet to be announced but the model has already been listed on the local German website, which means if you’re in Germany, you can probably check with your nearest dealer. But anyway, the new C 63 S will be available in both sedan and estate bodystyles. 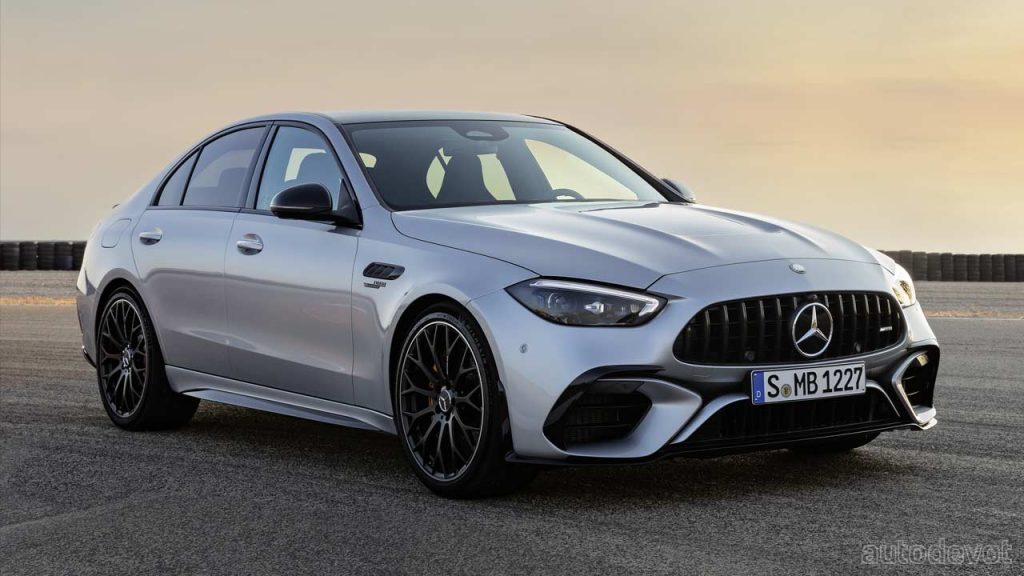 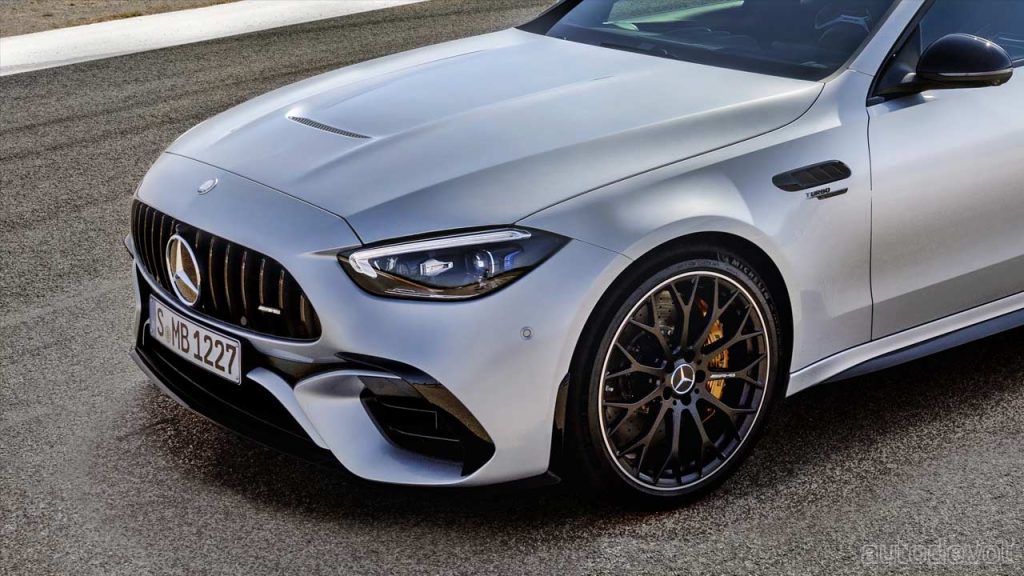 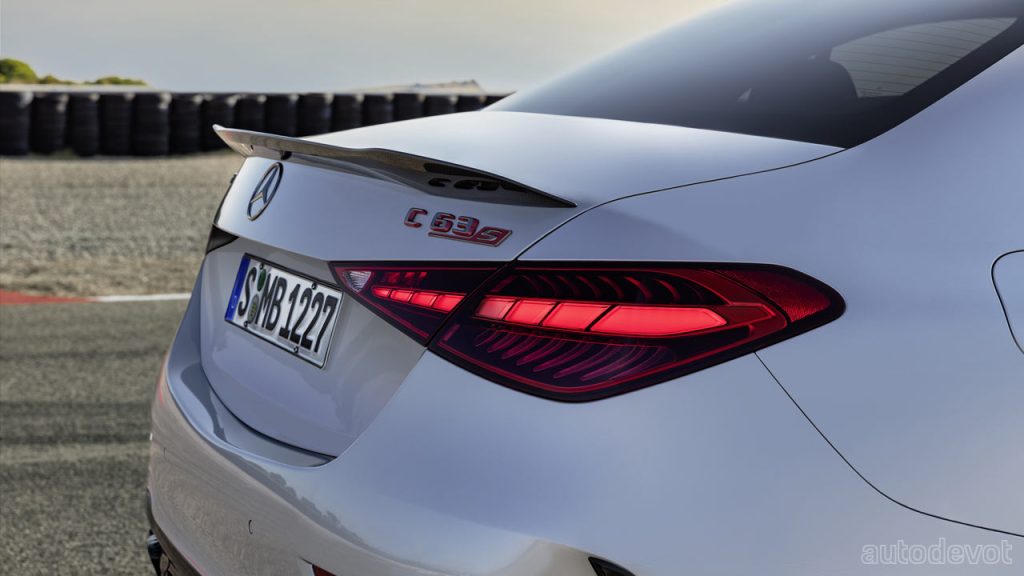 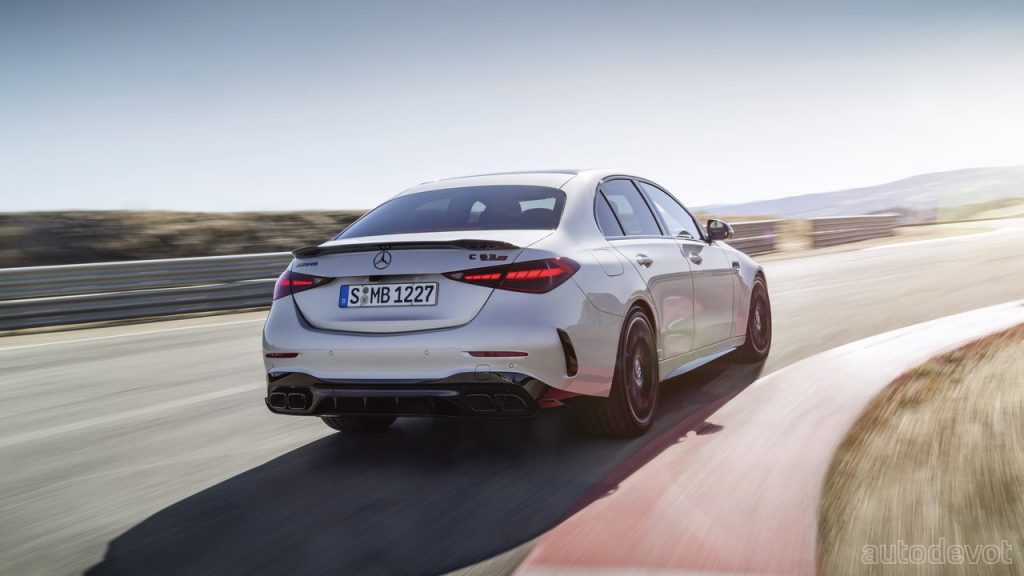 Naturally, the C 63 S E Performance wears a bit more aggressive body kit compared with the new AMG C 43 which debuted a few months ago. But do note that the example shown in the photos here is sporting some optional extras such as AMG Exterior Carbon Fibre packages, AMG Night packages, and quite possibly the AMG Aerodynamics Package as well. The prices of all of these are, again, yet to be revealed. But don’t worry, that hood outlet will be standard, as are two electronically controlled Air Panels (behind the radiator grille) that allow for the air to be regulated as required. 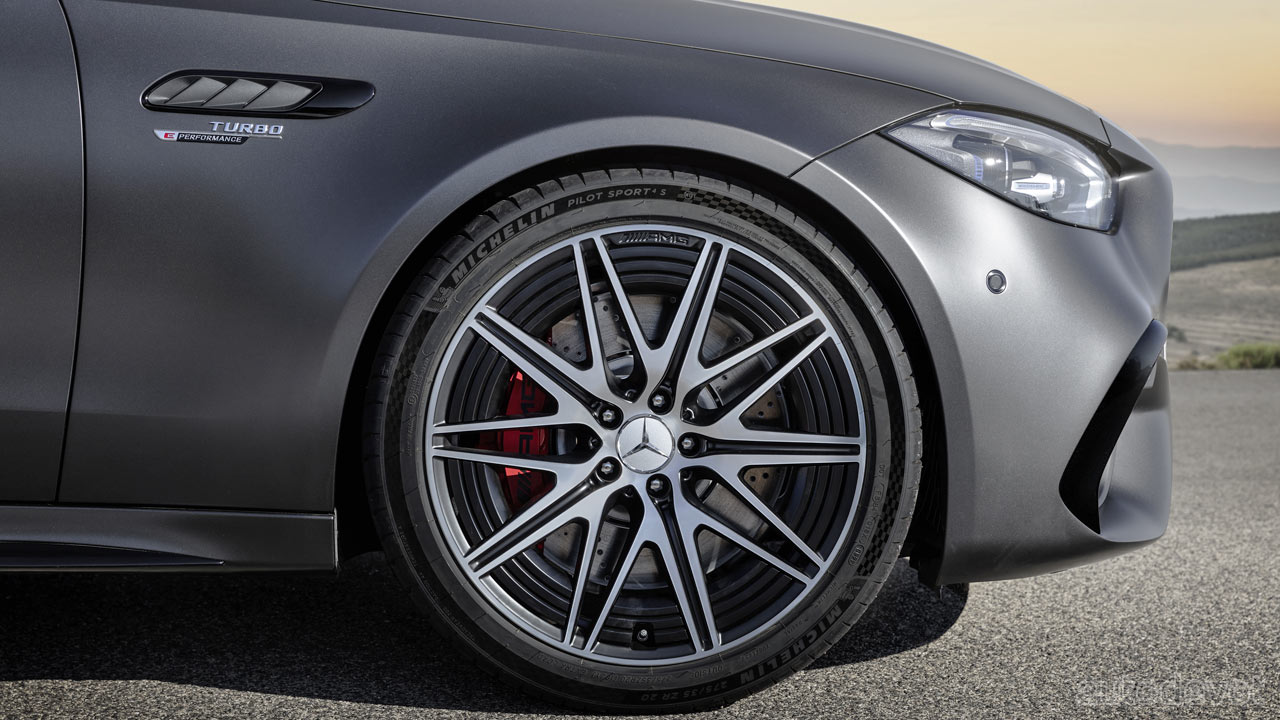 The “E PERFORMANCE” badge on the wings indicates the hybrid drive

As standard, the new C 63 S rolls on 19‑inch AMG light-alloy wheels with mixed-size tyres, while there are a couple of 20-inch options. As for brakes, you got AMG high-performance composite rotors gripped by 6-piston fixed calipers at the front and 1-piston floating calipers at the rear fitted as standard.

The AMG Ride Control suspension with adaptive dampers comes standard, as you might expect. Three different damping maps are available for the driver (Comfort, Sport and Sport+). Rear-axle steering comes standard as well. 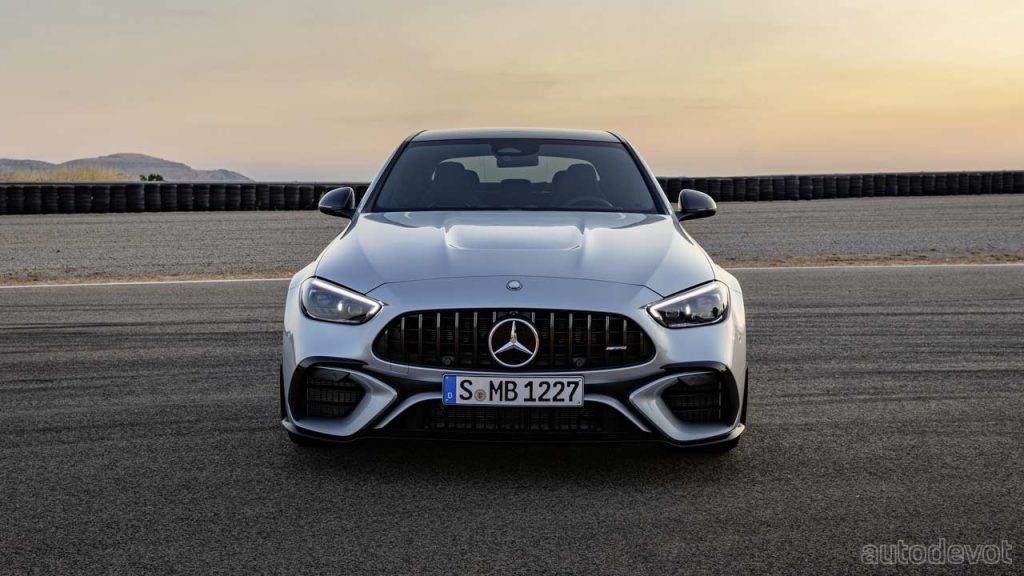 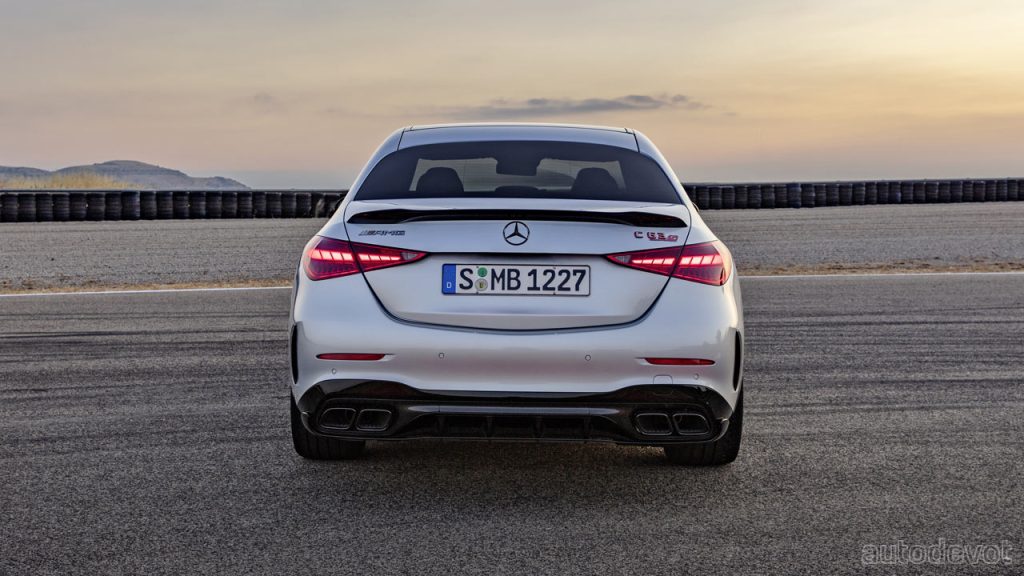 Another important point to note is that the new C 63 S is larger compared with the regular C-Class models. Both the sedan and estate models are longer by 83 mm while the wider front tracks have resulted in a 76 mm overall width increase. And of course, the wheelbase has also been stretched by 10 mm. 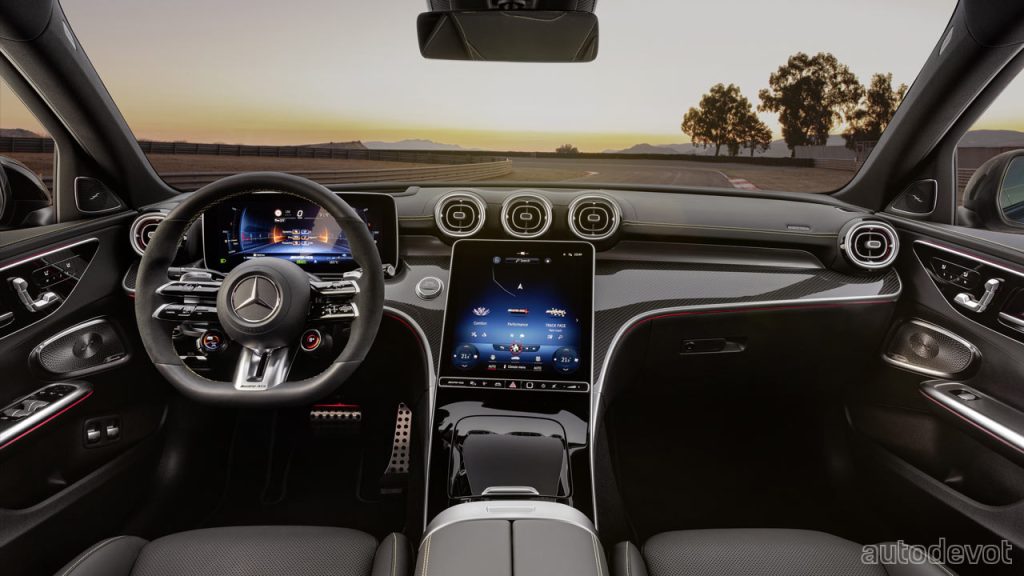 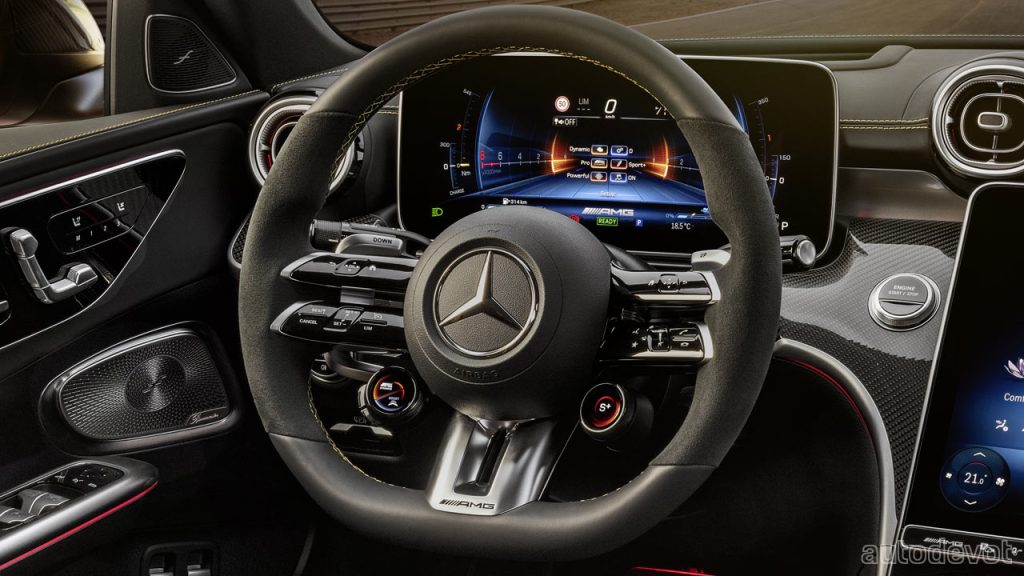 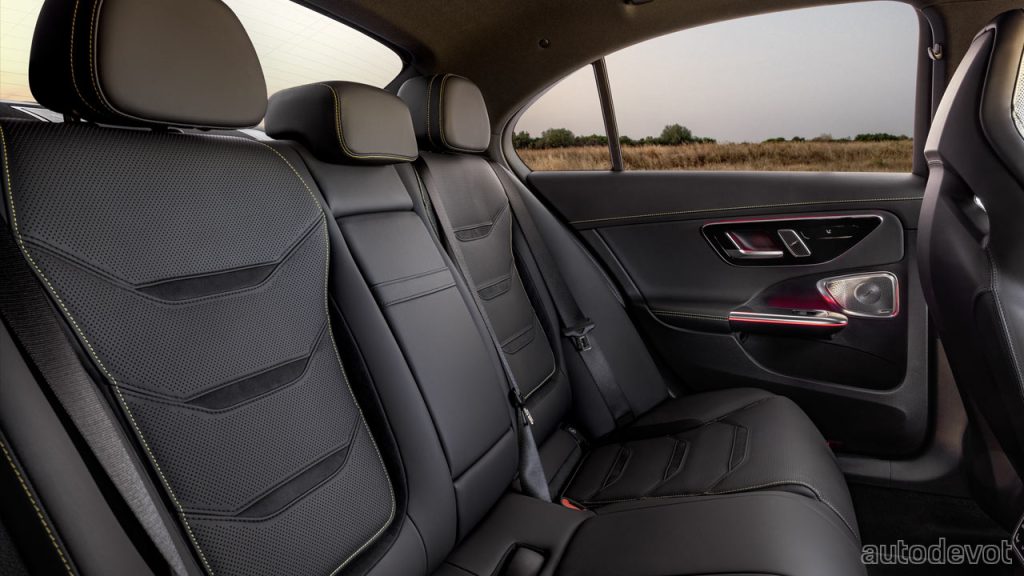 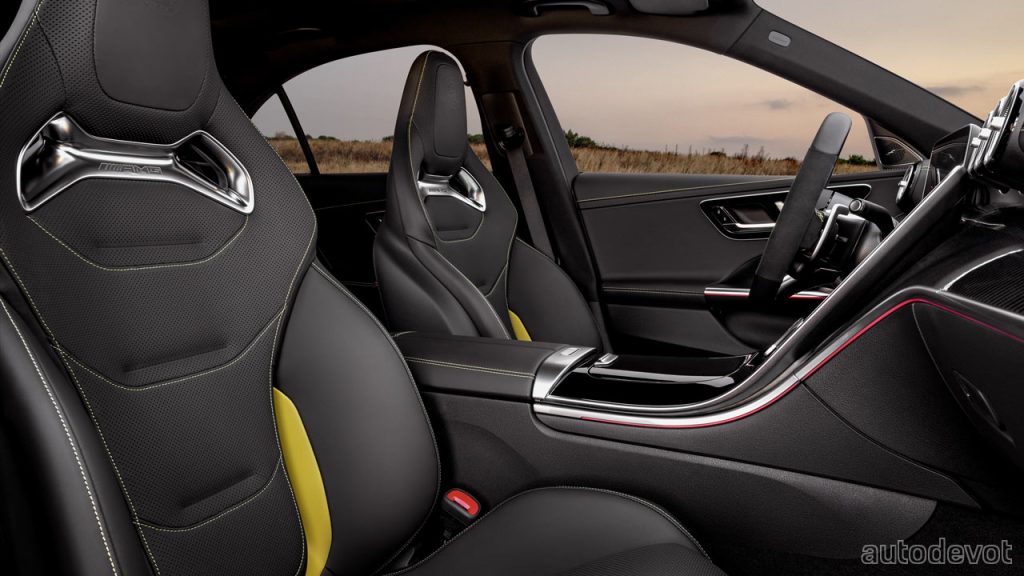 The cockpit has been spiced up with generous carbon fibre application on the dashboard, and AMG- and hybrid-specific displays on the MBUX system. New AMG Performance seats with contrasting side bolster accents and better ventilation are optionally available for those who don’t fancy the standard AMG sports seats. AMG Performance steering wheel with twin-spoke design comes standard, of course. The level of recuperation (0, 1, 2, 3) and mode selection can be done via the steering wheel itself. 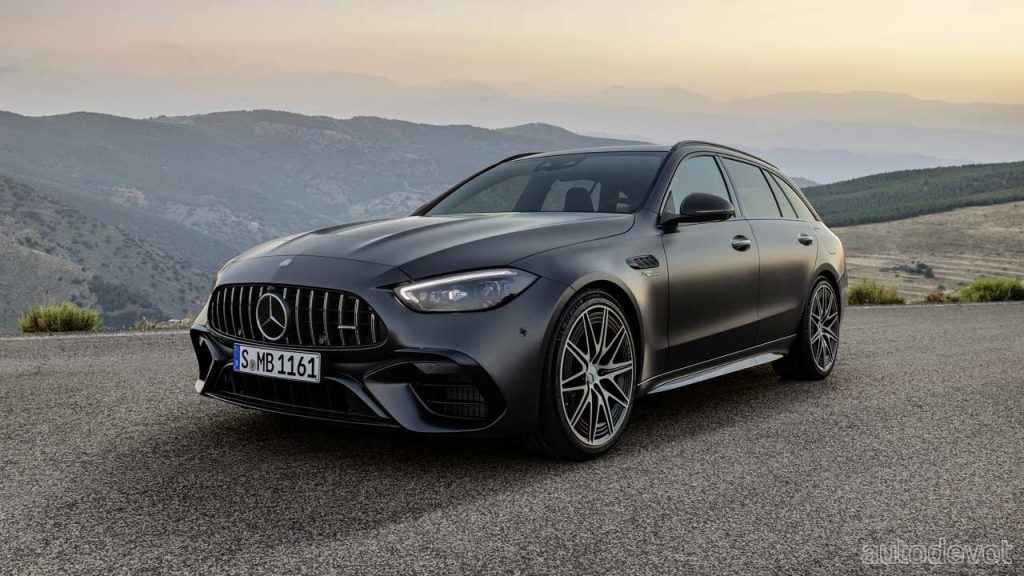 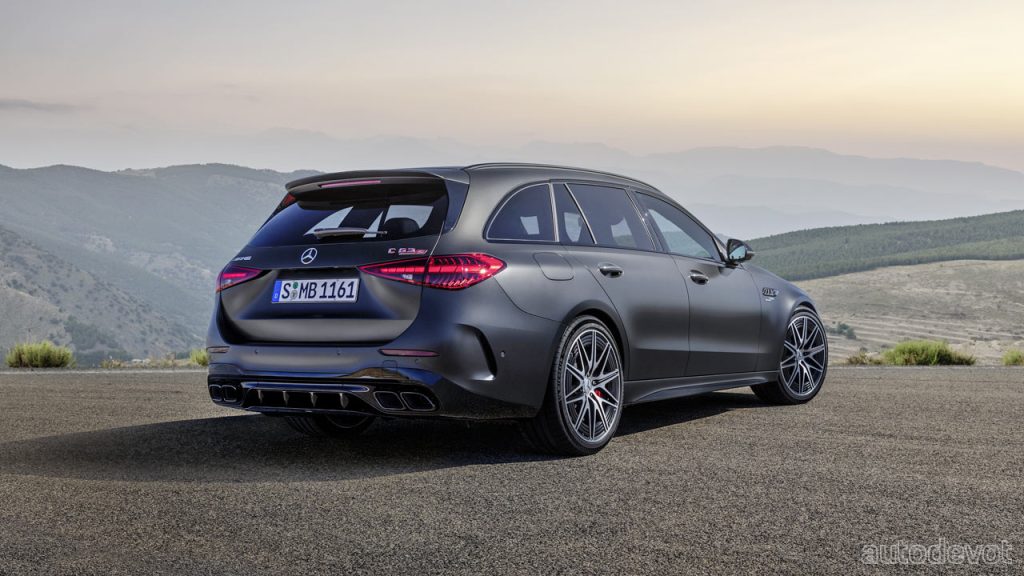 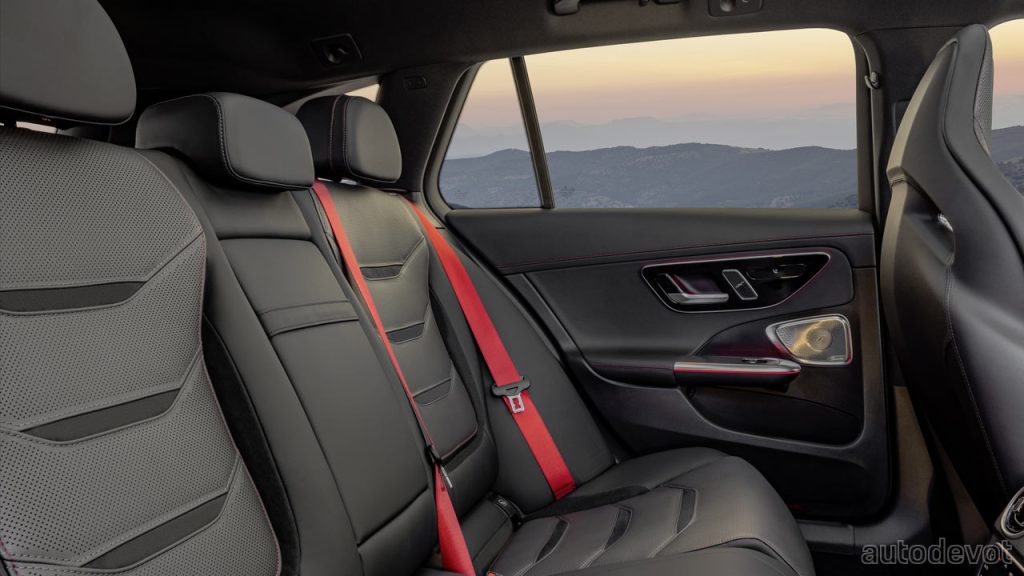 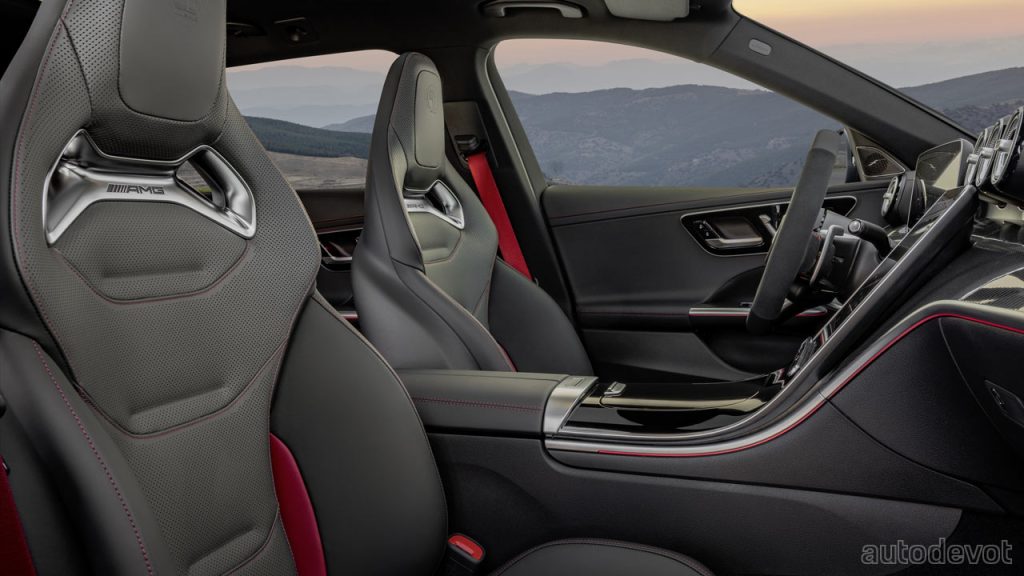 Moving on to the business end of the story then, the C 63 S E Performance packs a petrol-electric hybrid all-wheel-drive powertrain. And this comes as no surprise because former AMG boss Tobias Moers had revealed in 2018 itself that the next-gen C 63 would be a hybrid. But you’ll probably be disappointed to know that it’s not the same combo as that of the AMG GT 63 S E Performance. Or, in simple terms, the famous 4.0L V8 biturbo has been let go. 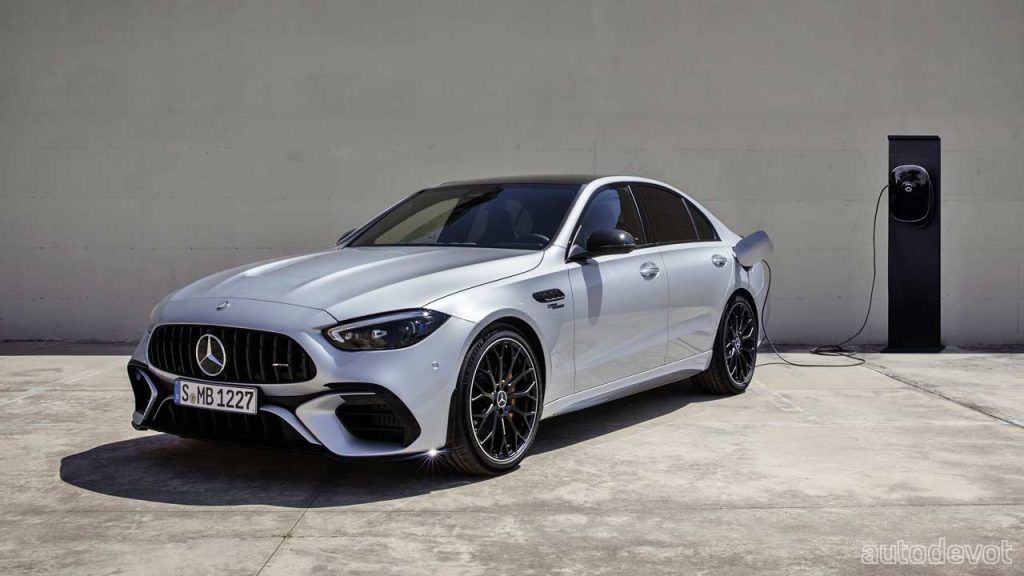 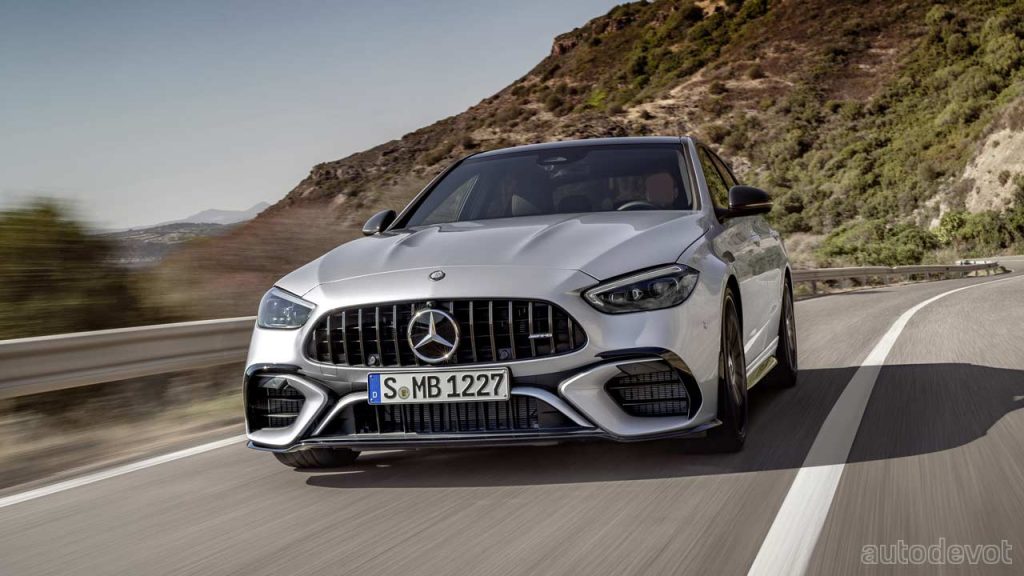 The 400-volt battery pack is of 6.1 kWh capacity and is good for a pure-electric range of up to 13 km (8 mi). One of the eight AMG Dynamic Select modes is a Battery Hold mode, which as the name suggests, keeps the battery state of charge at the current level. Which means, the e-motor usage is limited in this case.