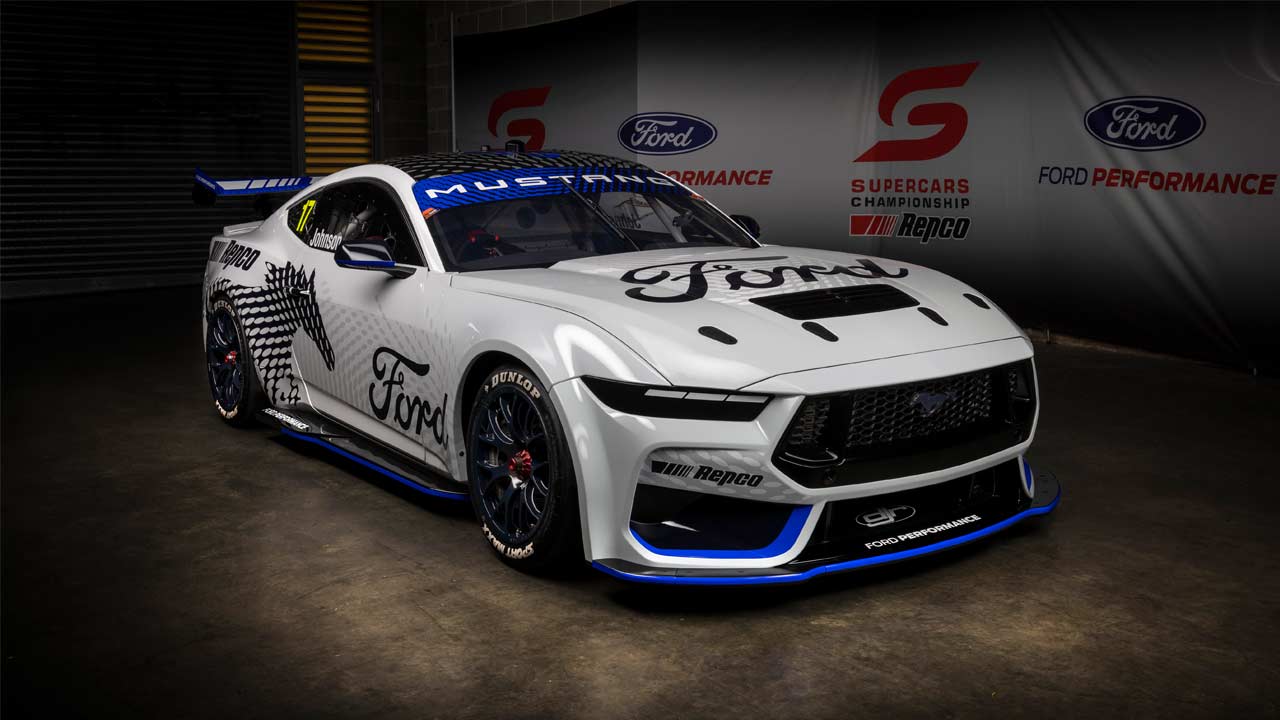 Ford has revealed a racing version of the 7th-gen Mustang lineup at Bathurst 1000. Called the Mustang GT Gen3 Supercar, the racer is all set to make its racing debut in the 2023 Supercars Championship in Australia.

The racecar has been built by Ford’s homologation team Dick Johnson Racing in collaboration with the Ford Performance division. And of course, three-time Bathurst 1000 winner Dick Johnson himself was the first person to get behind the wheel of the new Mustang GT Gen3 Supercar around Mount Panorama on Thursday afternoon. 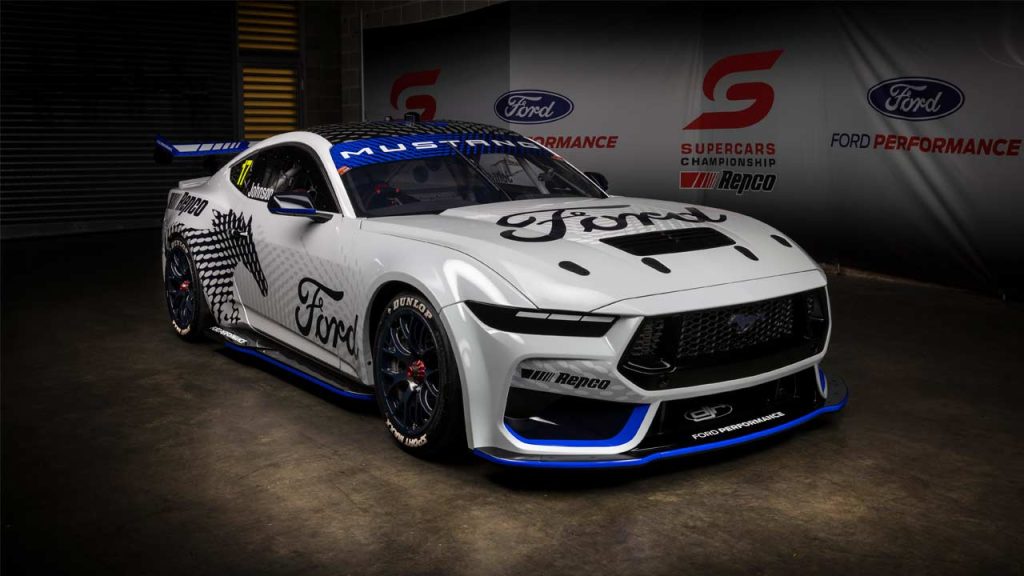 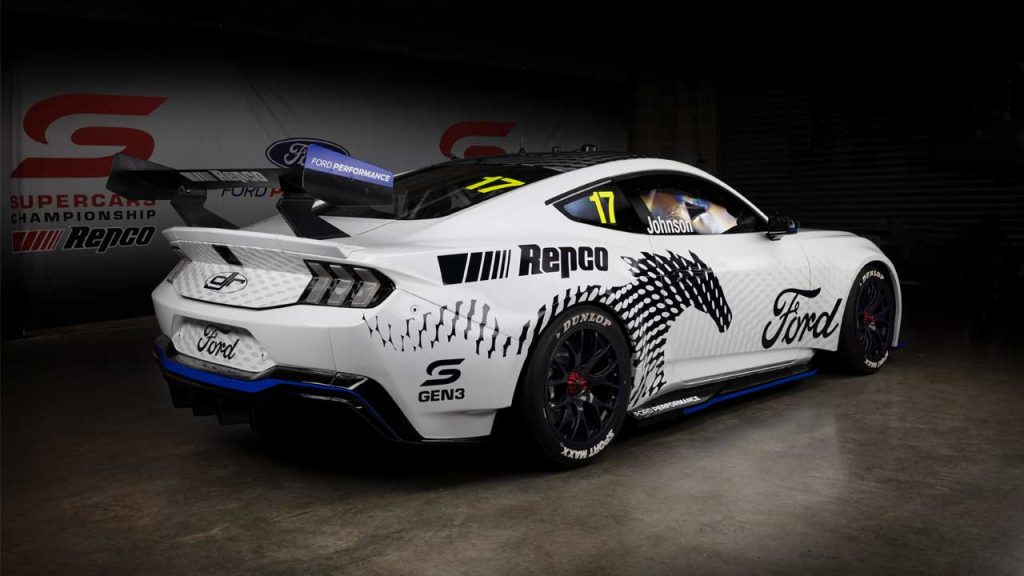 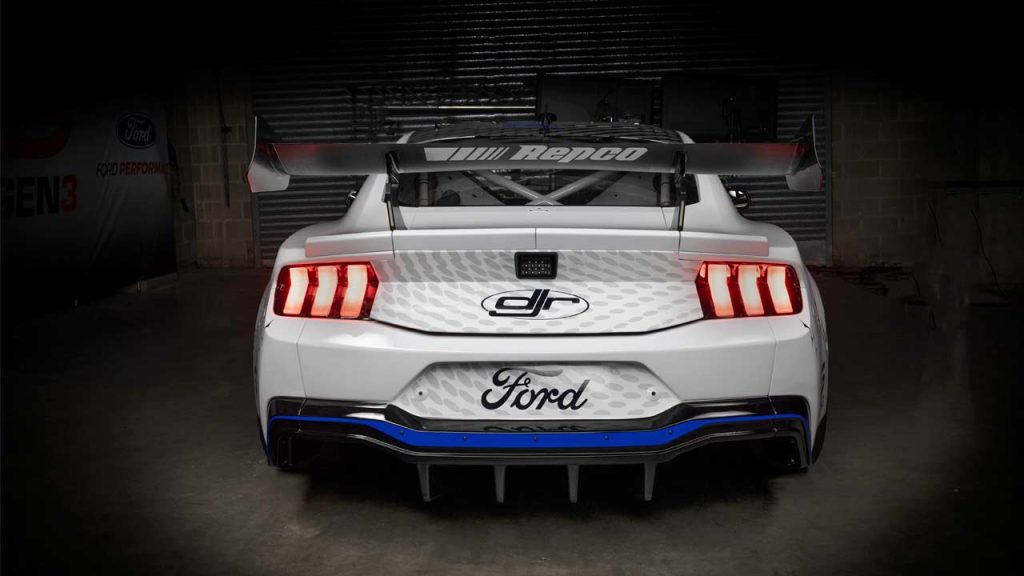 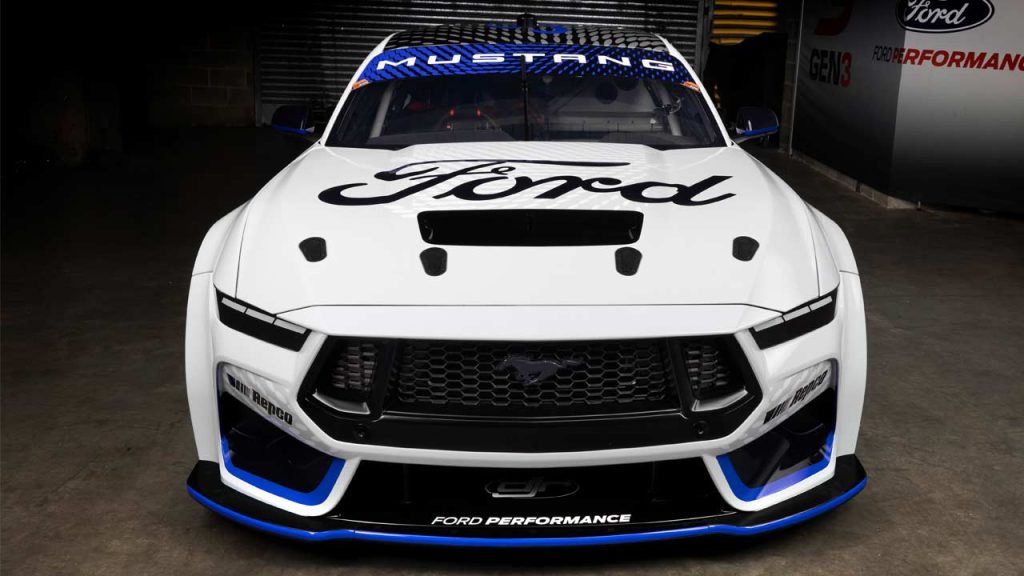 Naturally, the 2023 Mustang GT Gen3 Supercar wears a more aggressive bodykit compared with the road-going versions including the Mustang Dark Horse. You got extra-large everything, including the front spoiler, the rocker panels on the side, the rear wing, and of course, the rear diffuser. The contrast blue accents over the white & black livery look fairly tasteful. 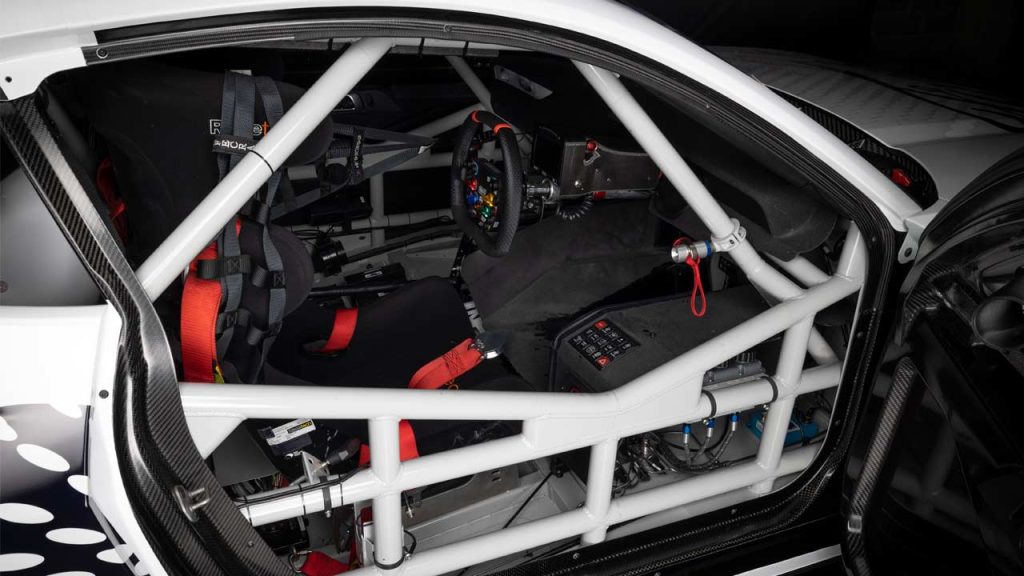 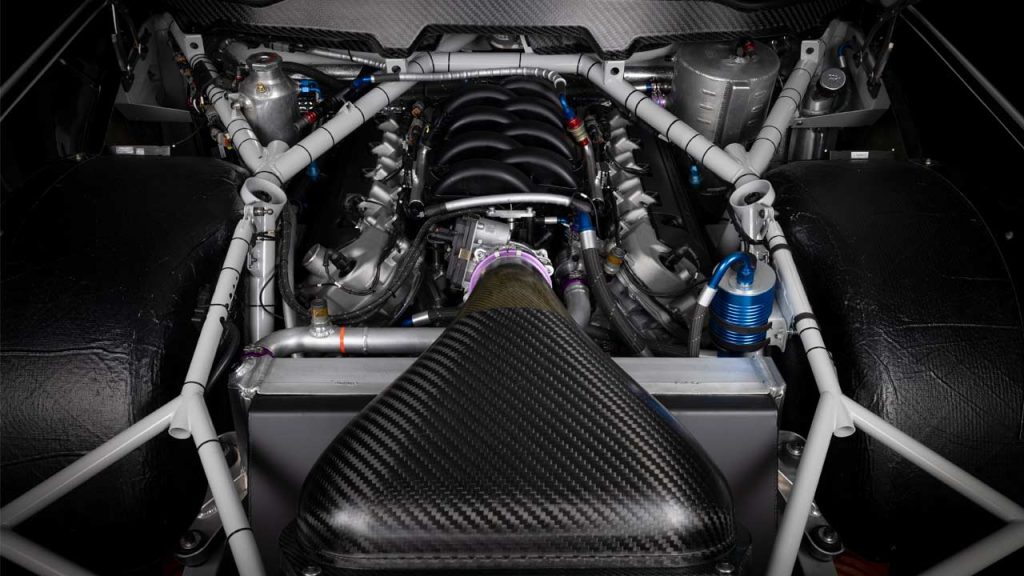 The 2023 Mustang GT Gen3 Supercar packs a derivative of the 5.0L Coyote V8 engine that powers the road-going Mustangs. In this case, the engine displaces 5.4-litres with a power output of over 447 kW (600 bhp/608 metric hp).