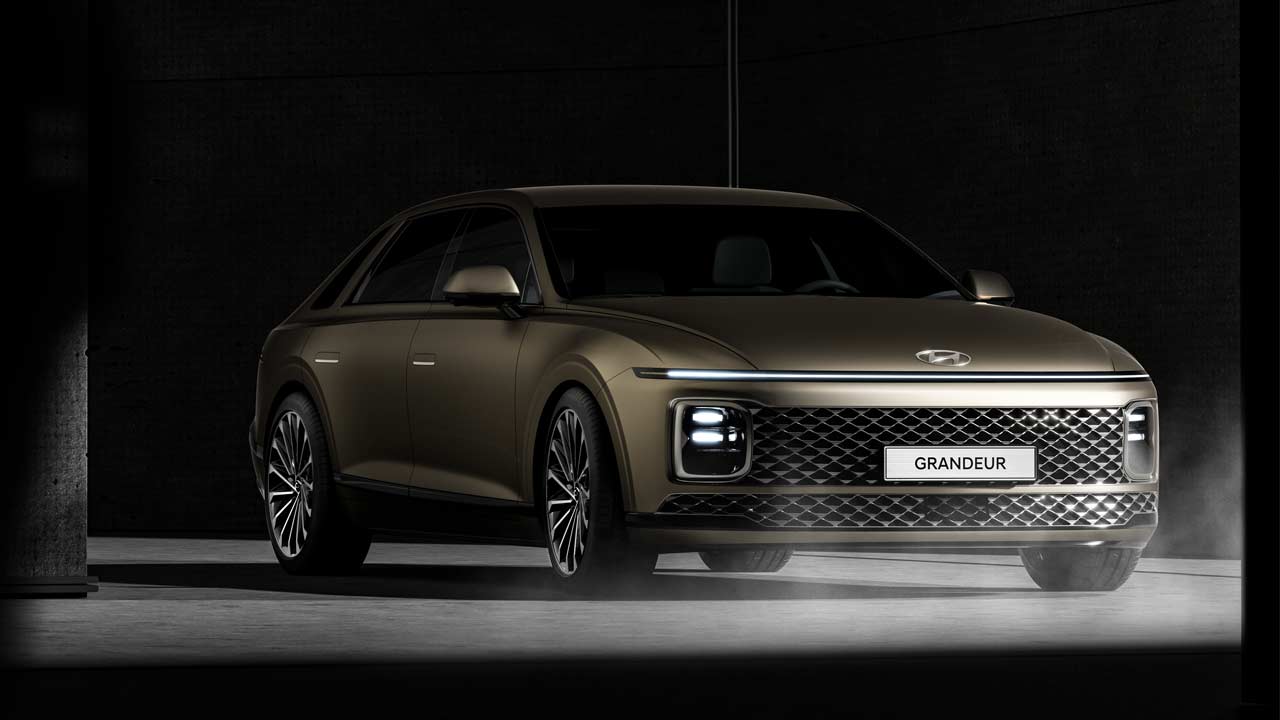 Hyundai has revealed the 7th gen Grandeur sedan for its home market South Korea. The new Grandeur might be badged as ‘Azera’ for markets outside Korea, but the availability details are yet to be disclosed. In the meantime, let’s take a look at what’s on offer. 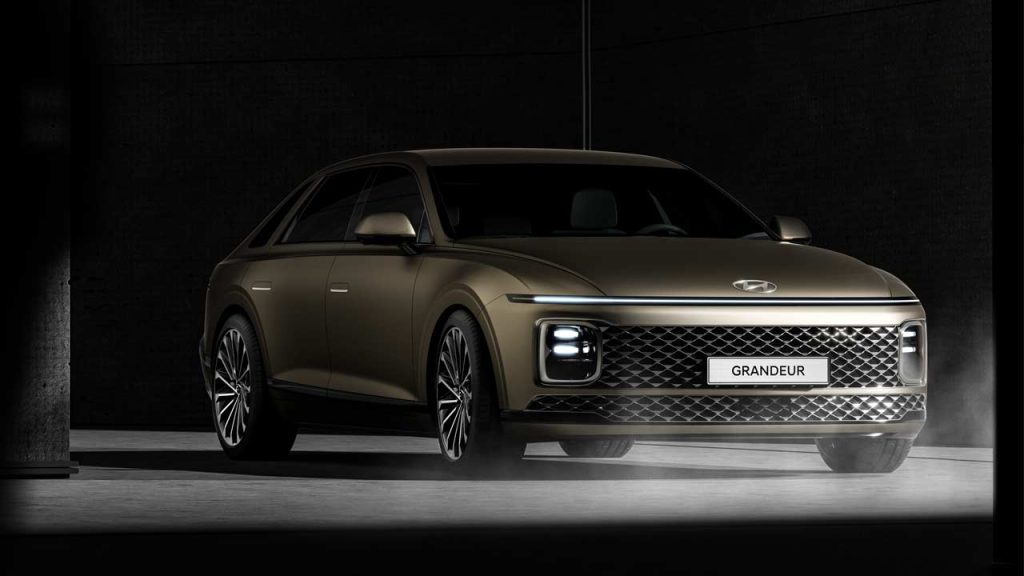 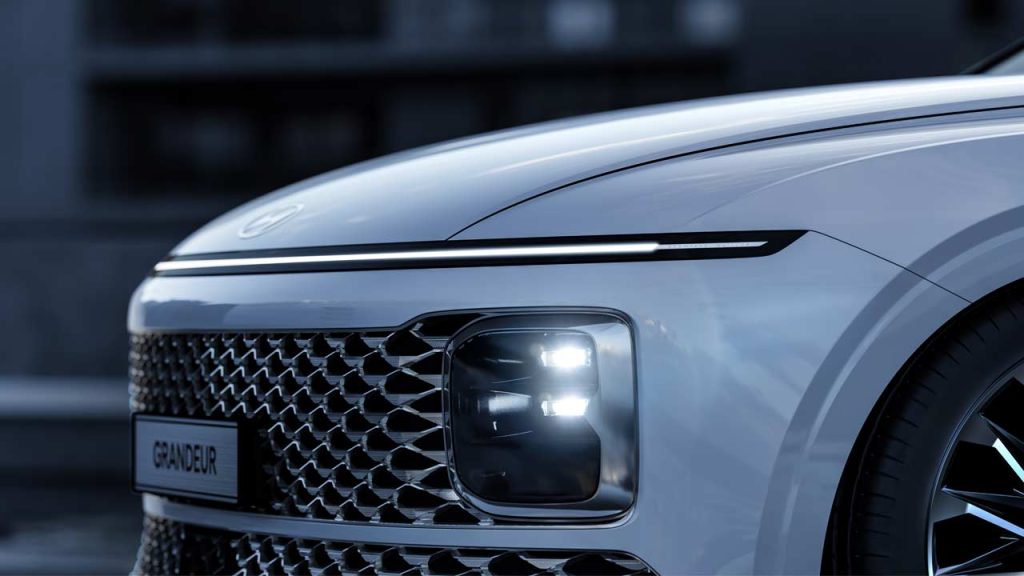 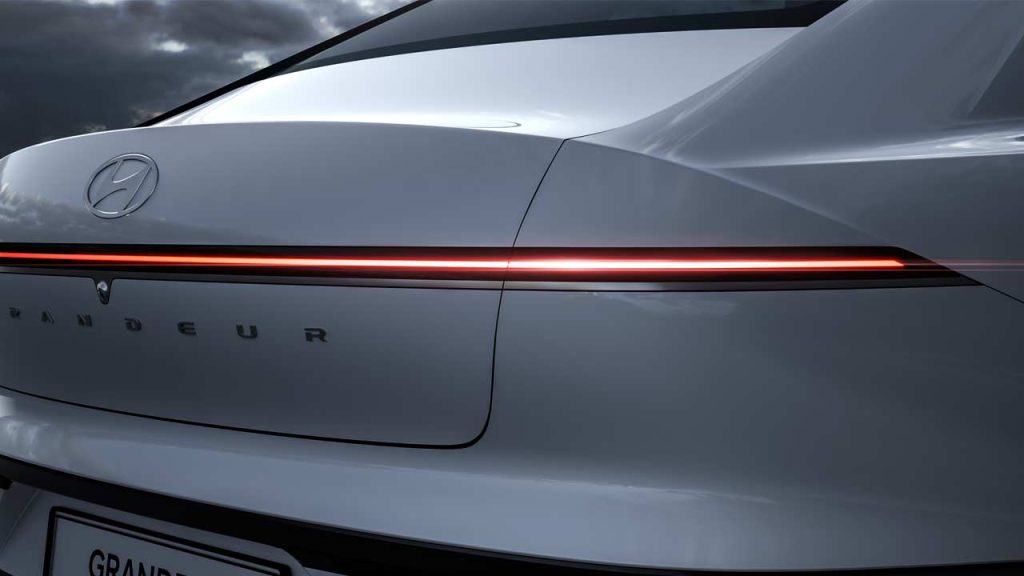 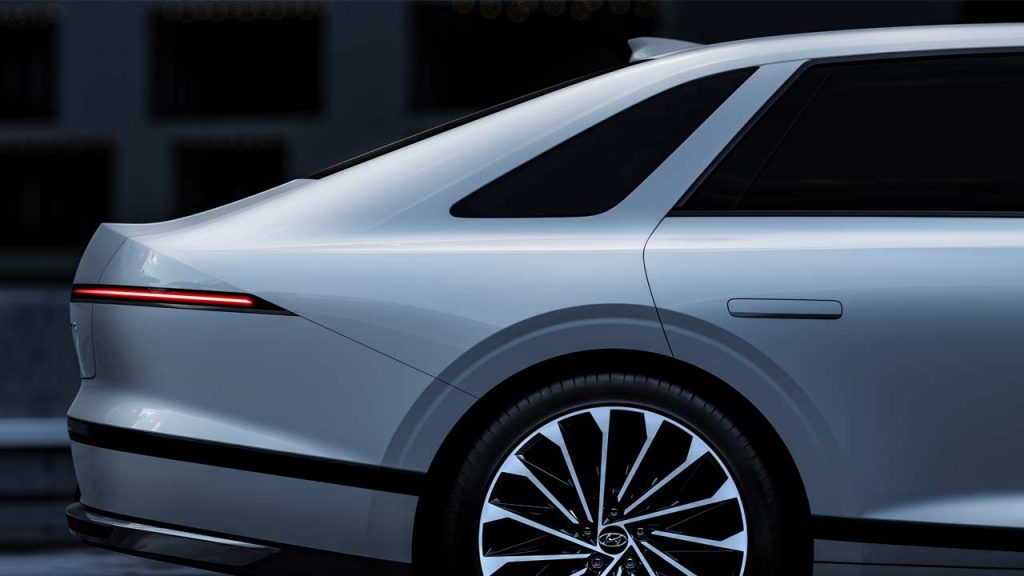 Speaking of which, the 2023 Grandeur is indeed a grand-looking executive saloon, in which, the executives in the back seat will indeed feel like they’re worth millions of dollars regardless of their actual net worth. The ‘Seamless Horizon’ design language is kind of a complete departure from the outgoing Grandeur’s design. The front fascia is dominated by a full-width lightbar at the top and an equally wide honeycomb-mesh grille at the bottom. The grille is split into two parts where the upper one houses headlight units at the edges. At the rear, you just have a full-width lightbar and what appears to be a reflector strip at the lower part of the bumper. Flush door handles, multi-spoke two-tone wheels and darkened B-pillars add to the Grandeur’s grand side profile. 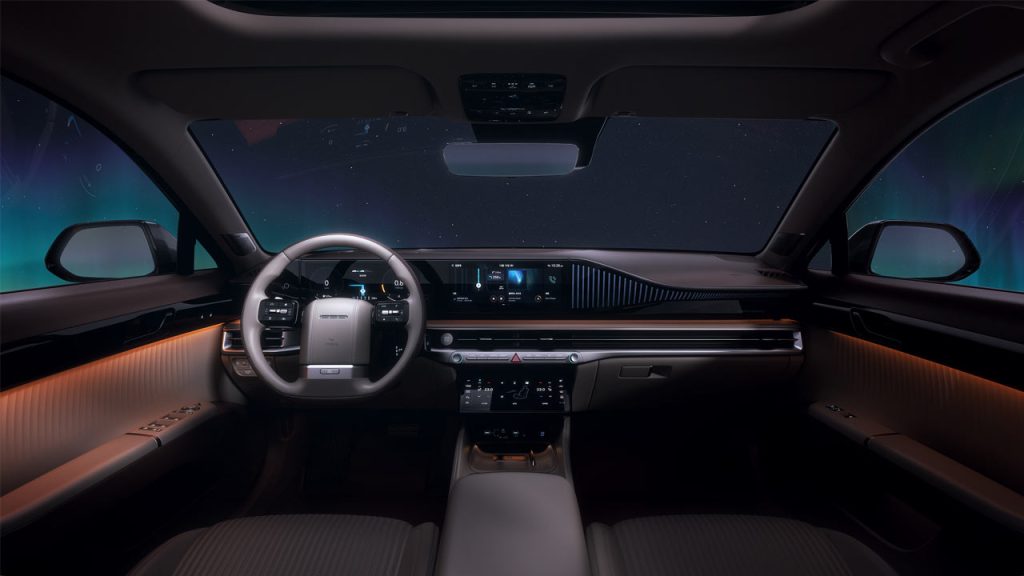 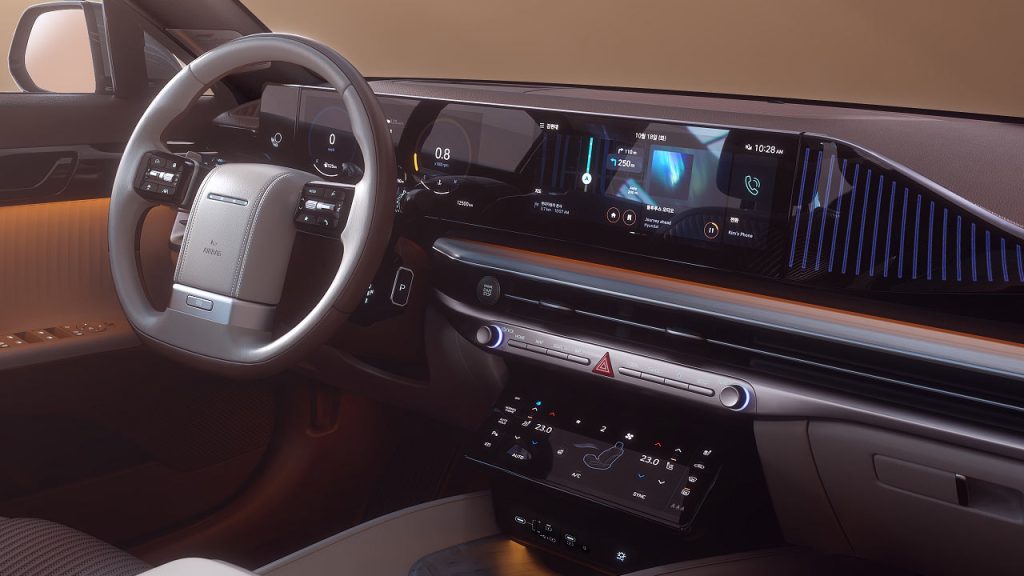 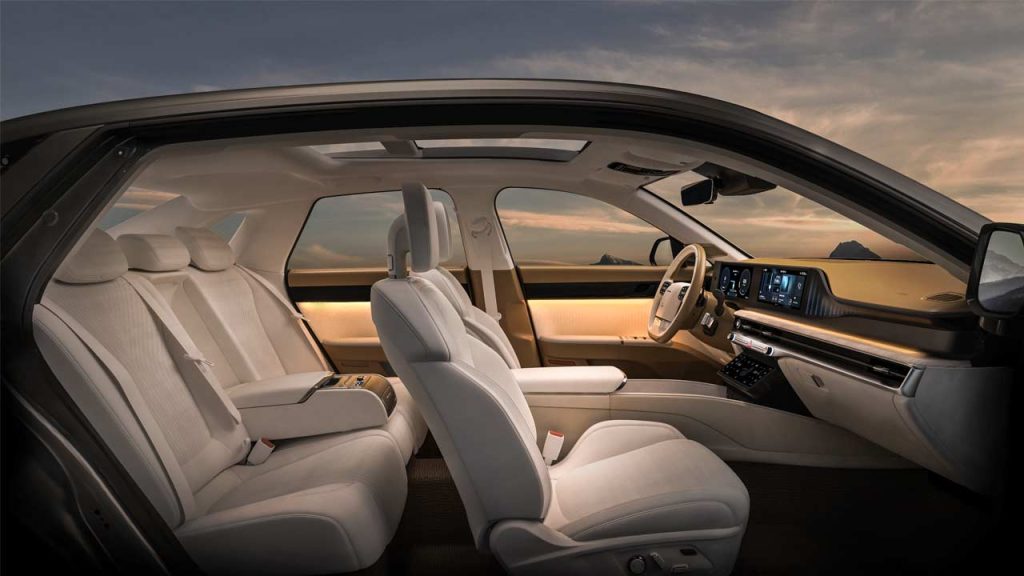 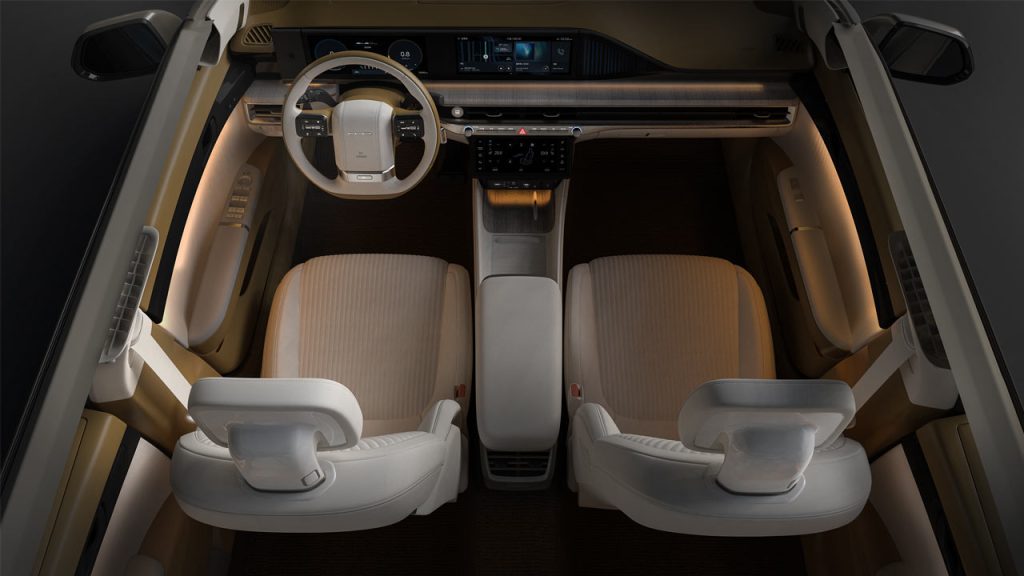 On the inside, things look just as grand, or, “Grandeur”, if you swing that way. The dashboard is dominated by a rather large “floating” panel that houses a digital driver display and a touchscreen. But what I do appreciate is that the designers have kept some physical controls—underneath the air vents. Underneath that, you’ll find another touchscreen for climate and seat settings. The flat-bottom steering wheel looks pretty chic too, and the gear selection knob has been moved to the steering column in order to free up more space in the centre console. Indeed, the seats look pretty luxurious as well. Materials used inside include real wood, aluminum and naturally dyed Napa leather. The seats feature quilting in a traditional Korean pattern. The pattern on the door panels is also designed with Korean aesthetics. 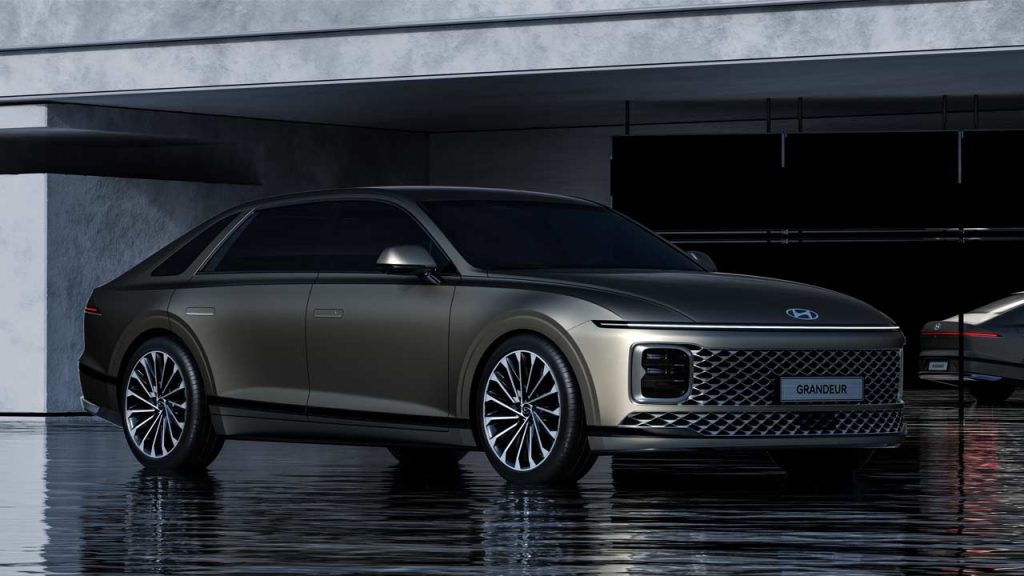 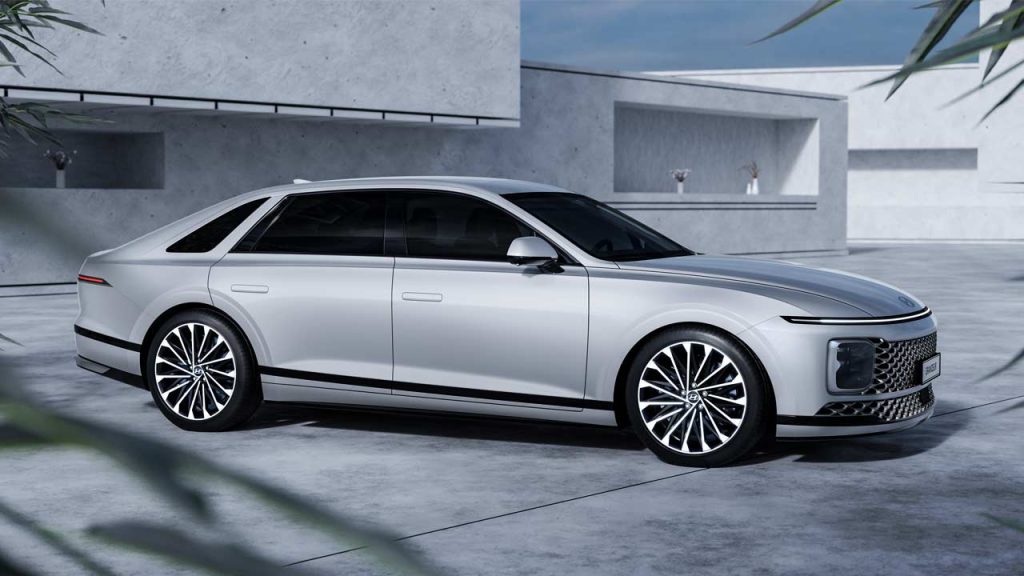 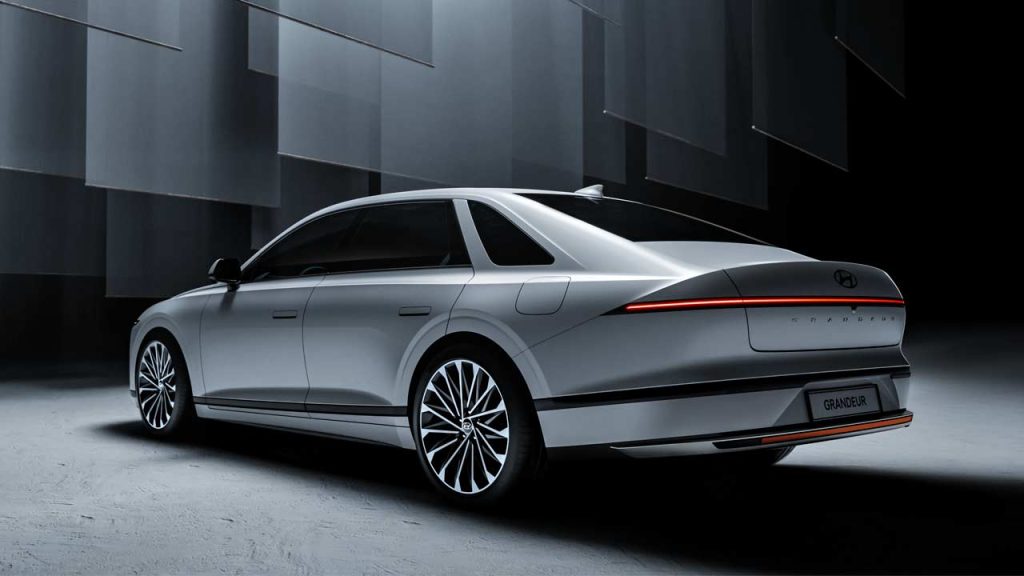 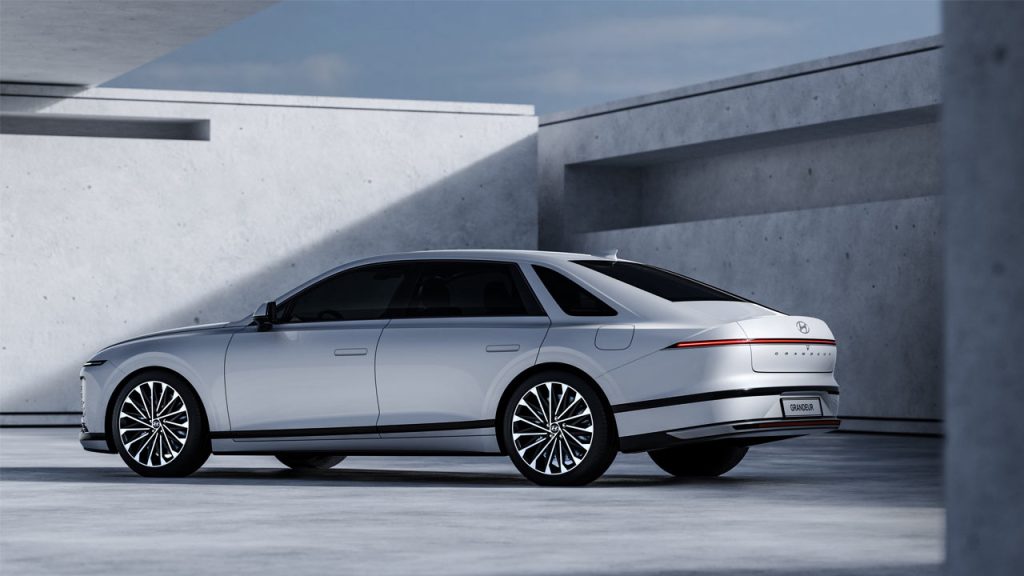 Hyundai has kept additional details for a later date, but the new Grandeur is essentially a Hyundai’s version of the Kia K8, which means the powertrain options are probably gonna be the same.