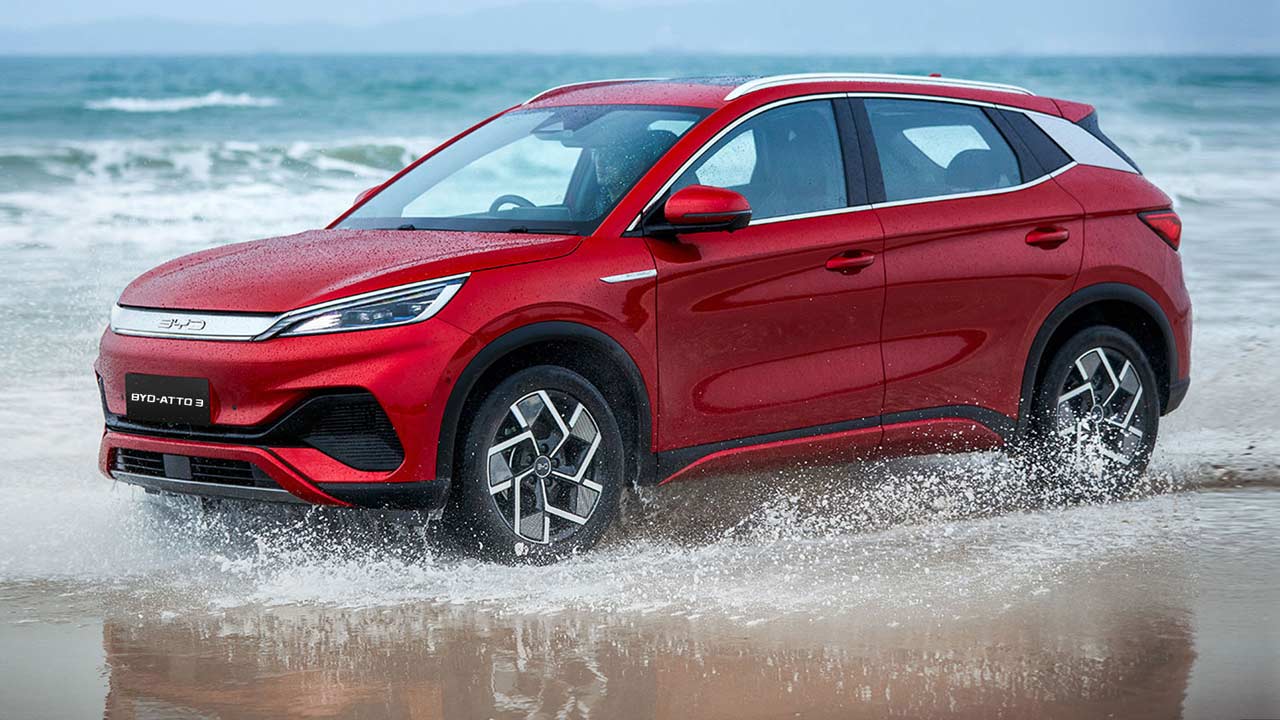 China’s BYD Auto is all set to launch its second offering in India, which is gonna be the Atto 3 electric SUV. A year ago, the company had launched the e6 electric MPV in the country. Bookings for the SUV have reportedly commenced for a deposit of INR 50,000. At present, BYD has 12 authorized retailers operating 15 outlets across India. 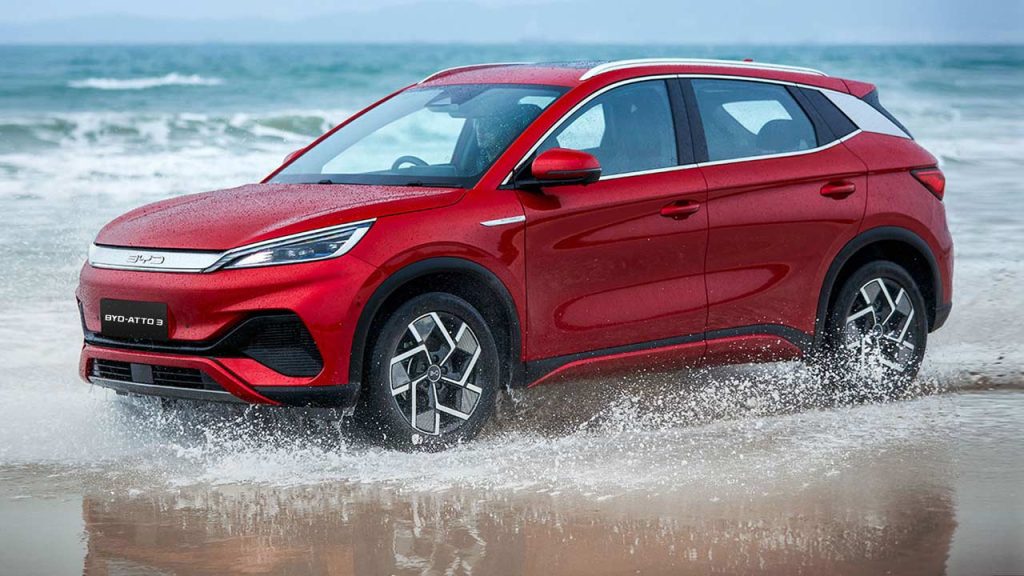 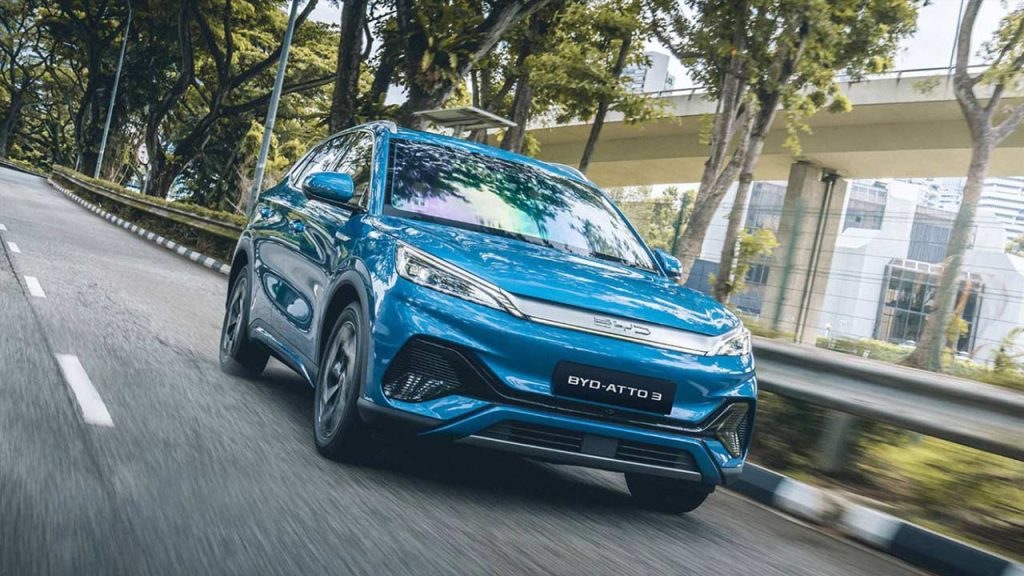 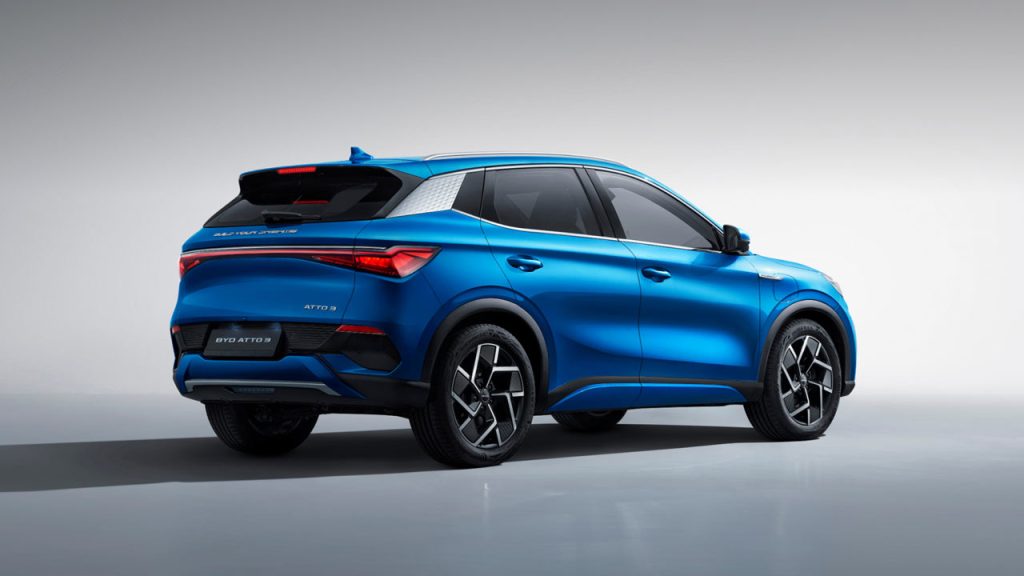 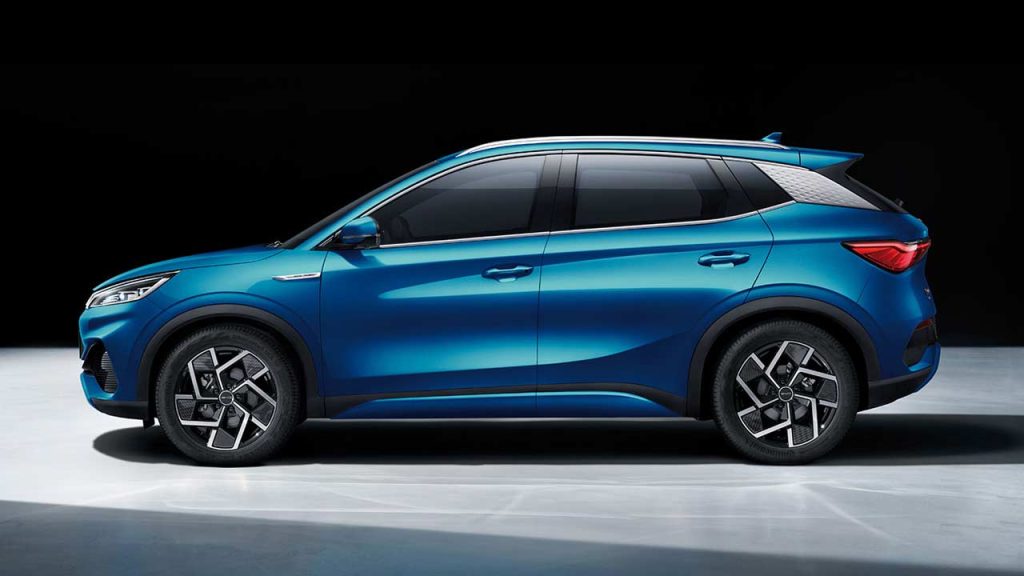 In China, the Atto 3 is known as Yuan PLUS. On the exterior, the crossover looks pretty generic; there’s nothing particularly special to talk about. That said, it’s a contemporary-looking vehicle that would appeal to the younger generation of EV buyers. The rear-three-quarter angles might give off VW vibes. For those interested to know the dimensions, the Atto 3 measures 4,455 mm long, 1,875 mm wide and 1,615 mm tall, with a wheelbase of 2,720 mm. It has a slightly bigger footprint than that of the Creta. 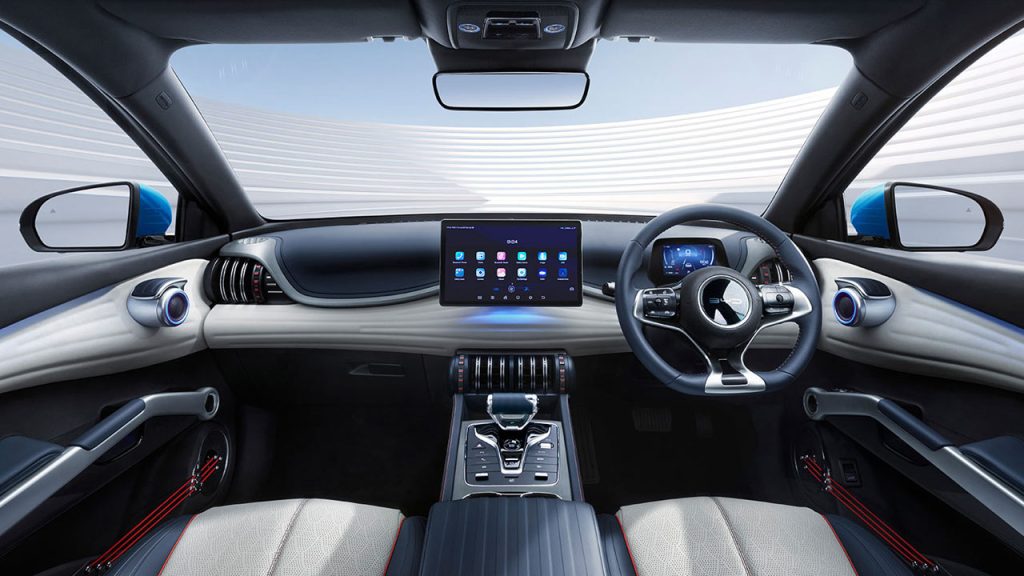 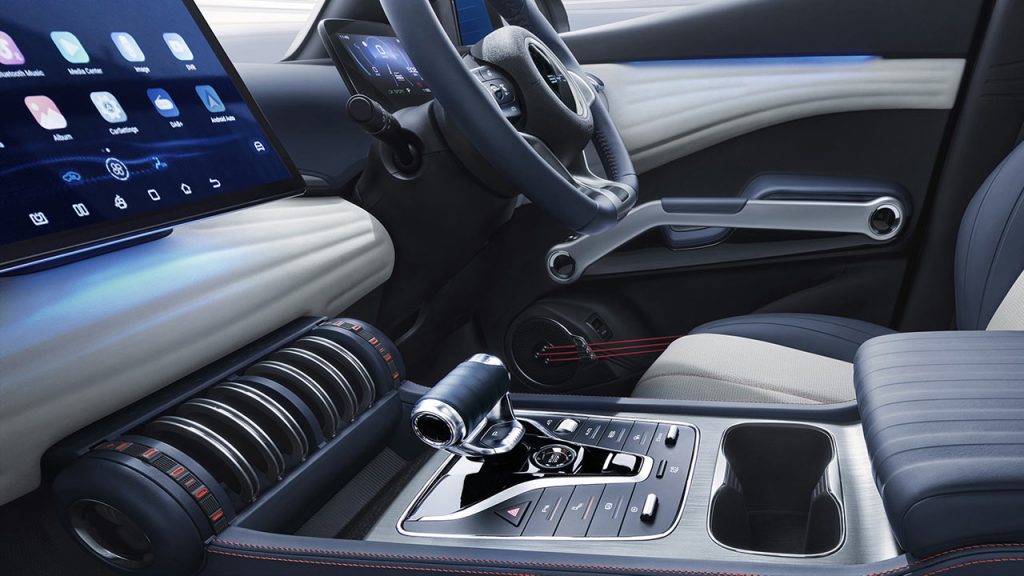 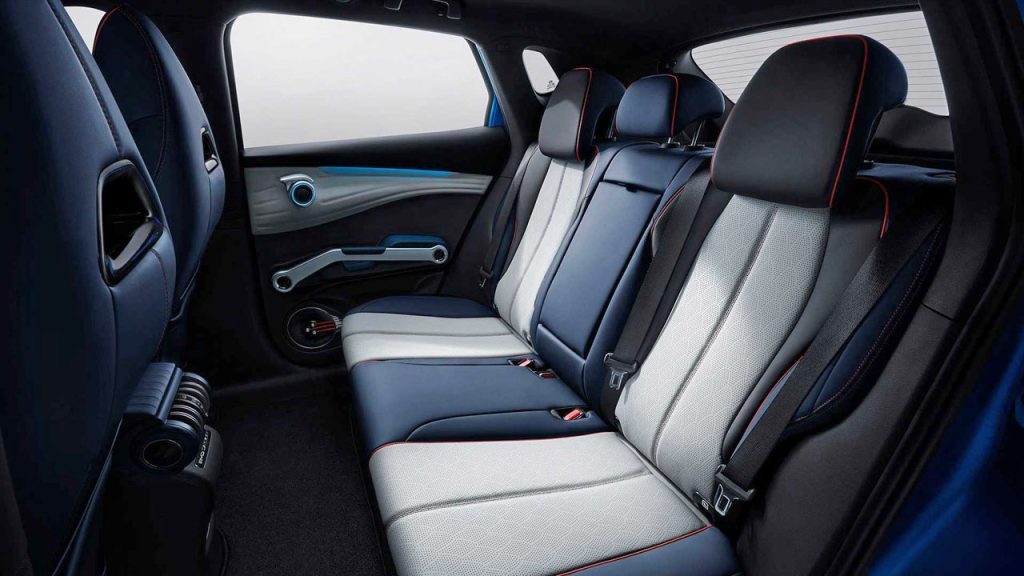 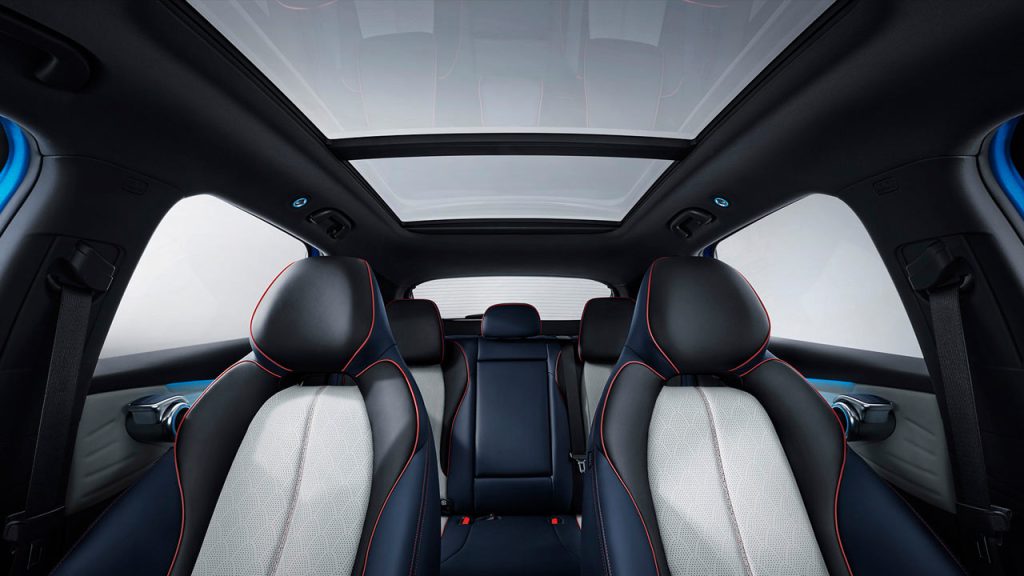 The BYD Atto 3 is all about a special interior where you’ll see design inspiration from the world of music and fitness. It’s fairly self-explanatory, isn’t it? Those air vents are supposed to mimic the weights that you find in a gym, and the door handles are also supposed to mimic some gym equipment or a tool but I’m not sure what that is. And, notice the door openers—which are also pretty unique. As for the music theme, notice the guitar-like design with strings for the speakers, and they apparently make different notes when you pull them gently.

The design of the dashboard and door cards is also very unique with flowing lines and no flat surfaces whatsoever. At the centre of the dashboard, there’s a large 12.8-inch floating touchscreen that can change its orientation from landscape to portrait at the touch of a button. The driver gets a tiny 5-inch display. Safety features include airbags and ADAS such as adaptive cruise control with stop & go, front and rear collision warning system, Automatic Emergency Braking, Lane Departure Warning, Rear Cross Traffic Alert, Rear Cross Traffic Brake, and Blind Spot Detection. 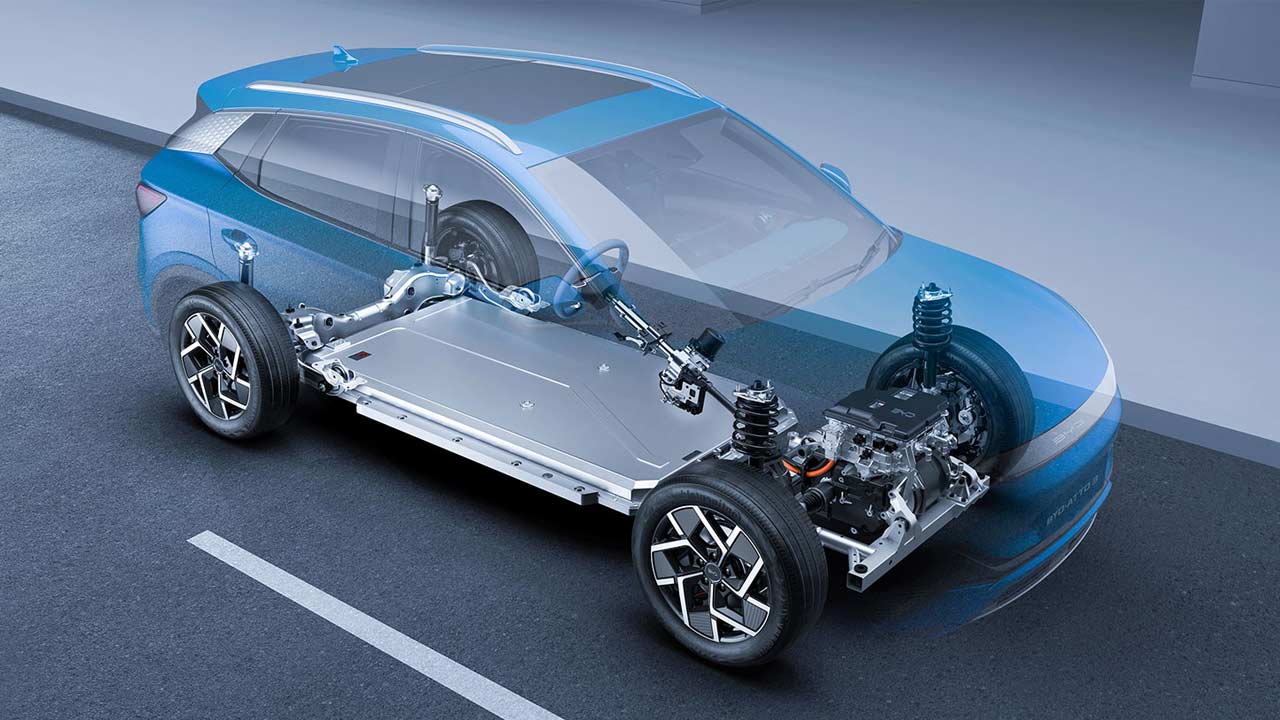