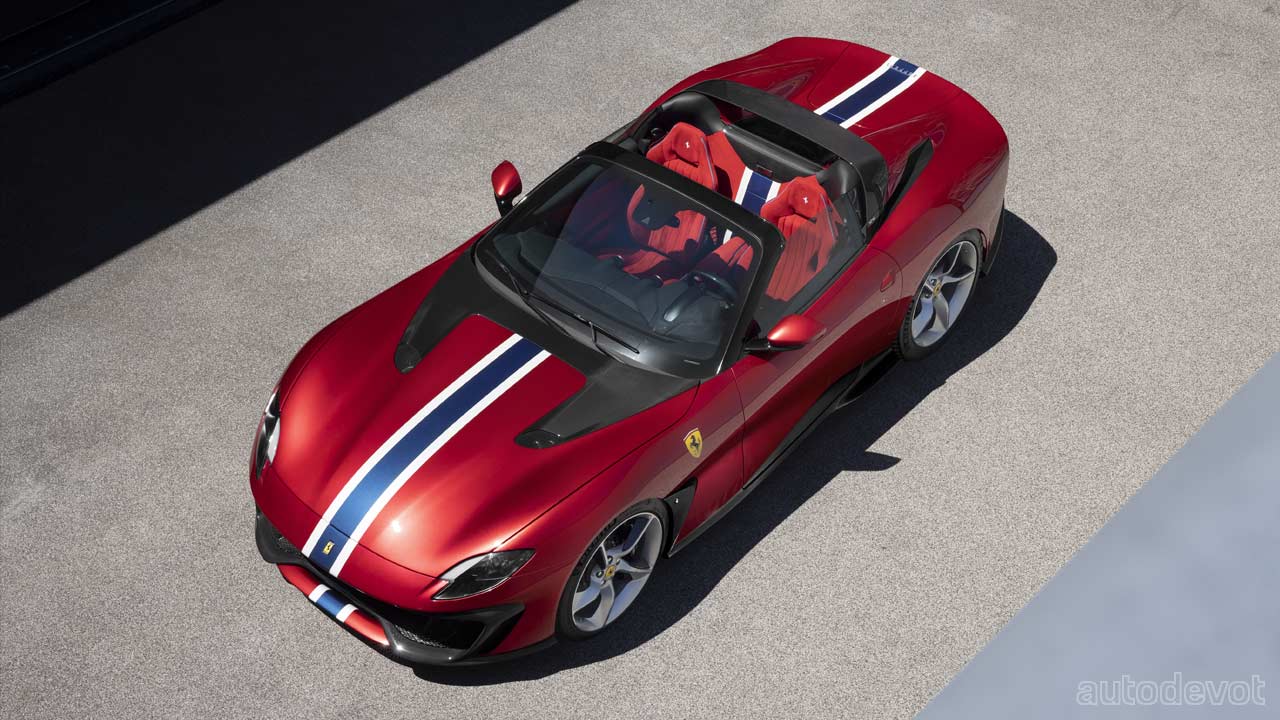 The latest one-off to come out of Maranello is the Ferrari SP51—which as you can probably tell, is based on the 812 GTS. The owner, according to Ferrari, is “a longstanding Taiwan-based client” who apparently is also one of the leading Ferrari collectors. 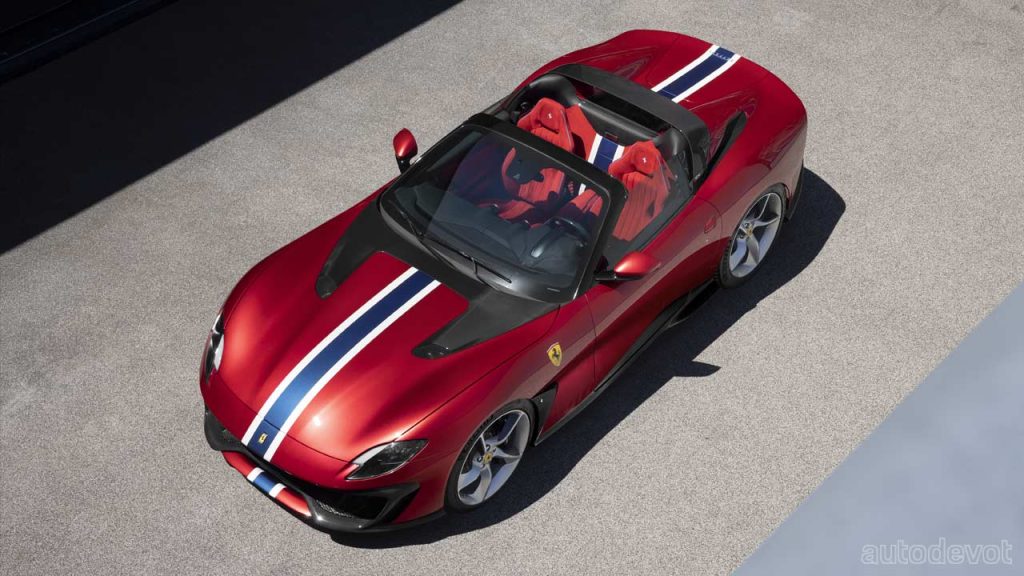 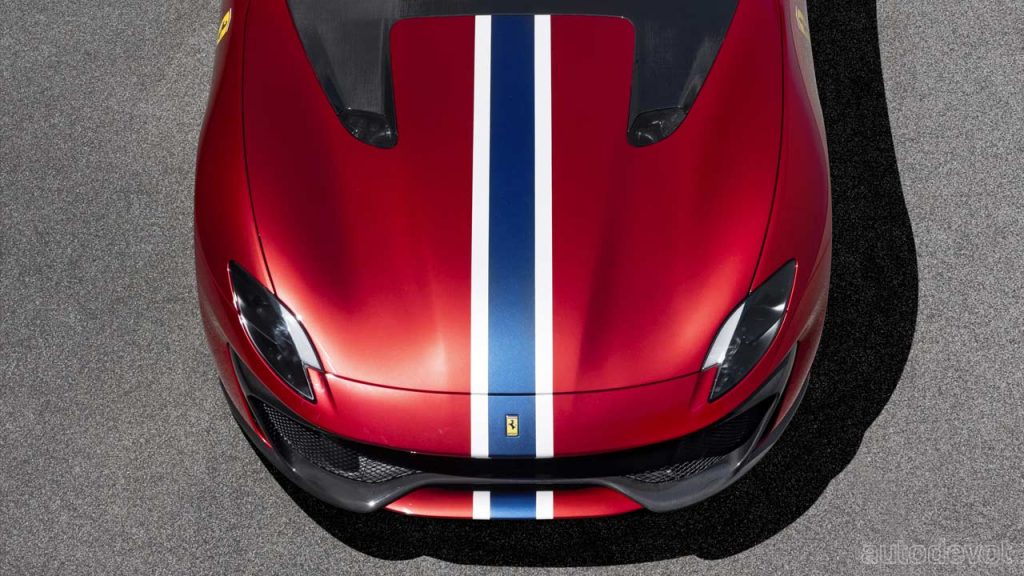 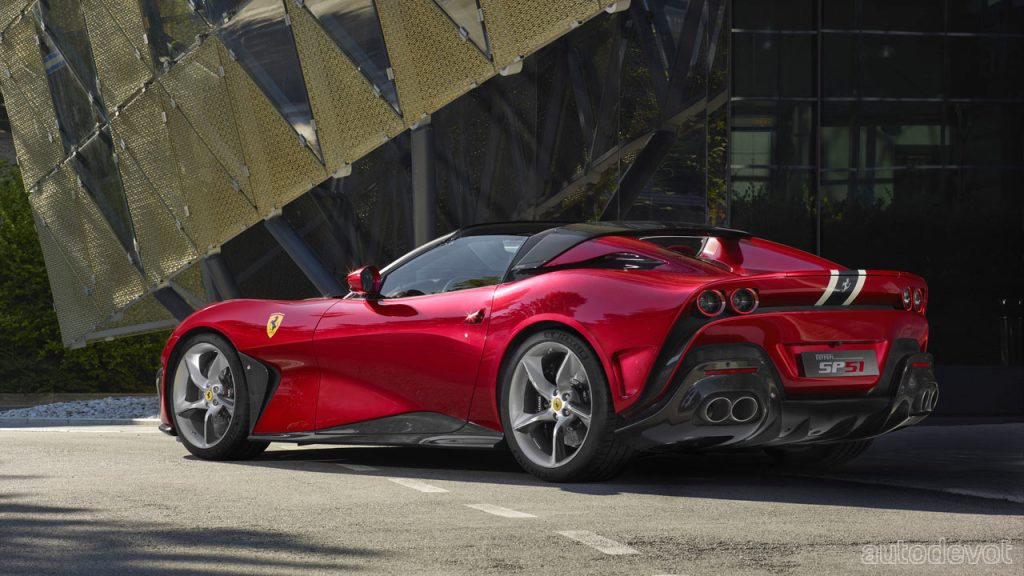 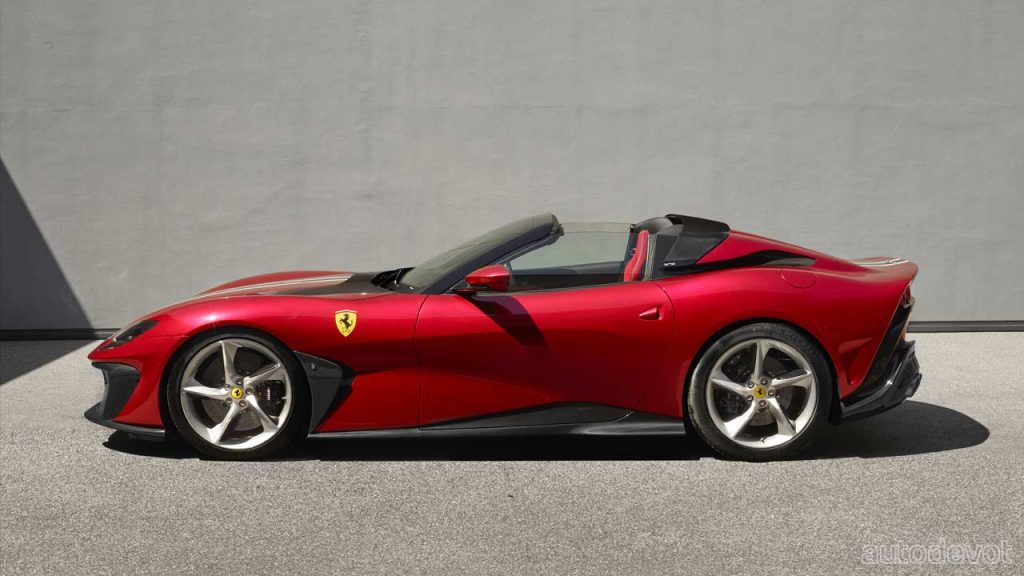 Although recognizable as an 812 GTS-based model, the SP51 has some significant differences compared with its donor car, such as carbon surrounds around the customized front intake; specially-designed headlights; a specially-designed bonnet with carbon inserts for the air outlets; a bespoke side profile with carbon inserts; an arch-themed rear fascia, and a Targa-inspired carbon-fibre wing over the buttresses. The wheels are similar to those of the Monza. The exterior is finished in a bespoke Rosso Passionale three-layer paintwork complemented with a blue and white stripe on the centre. 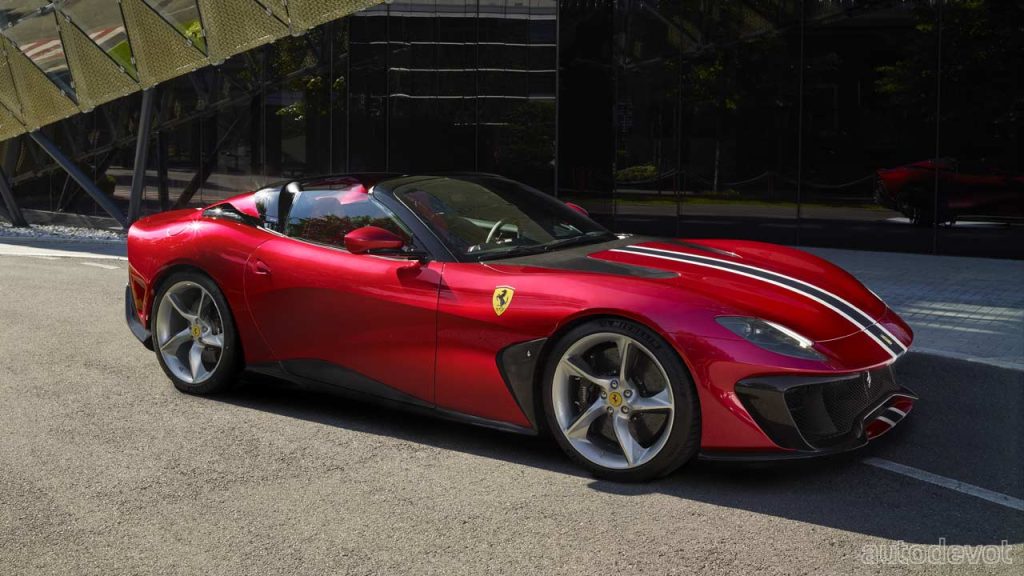 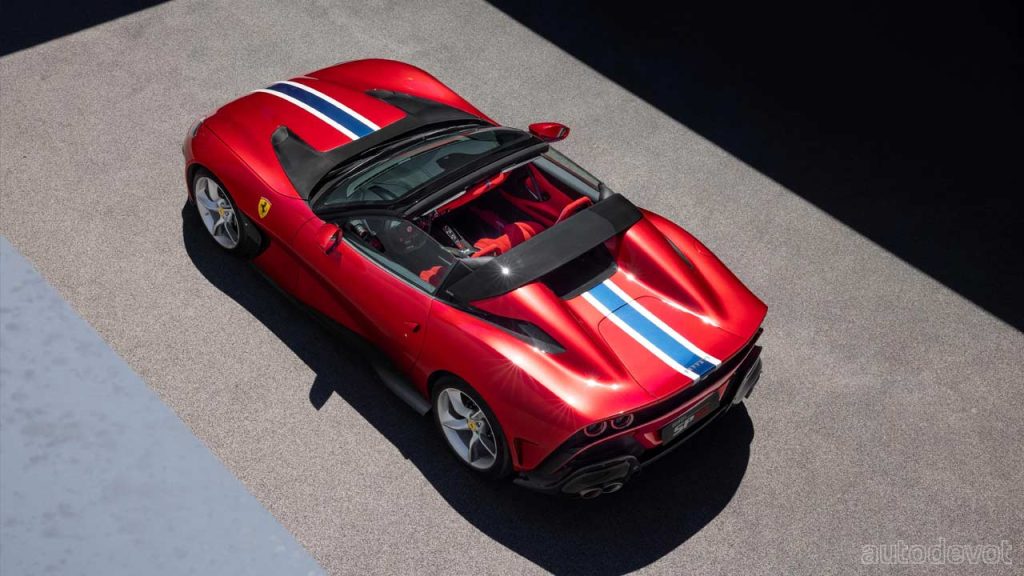 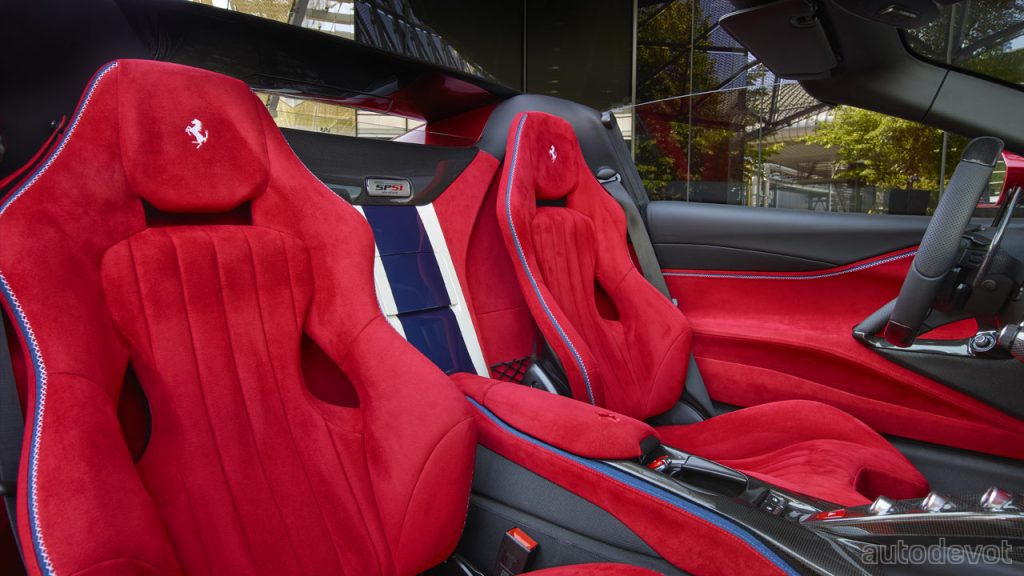 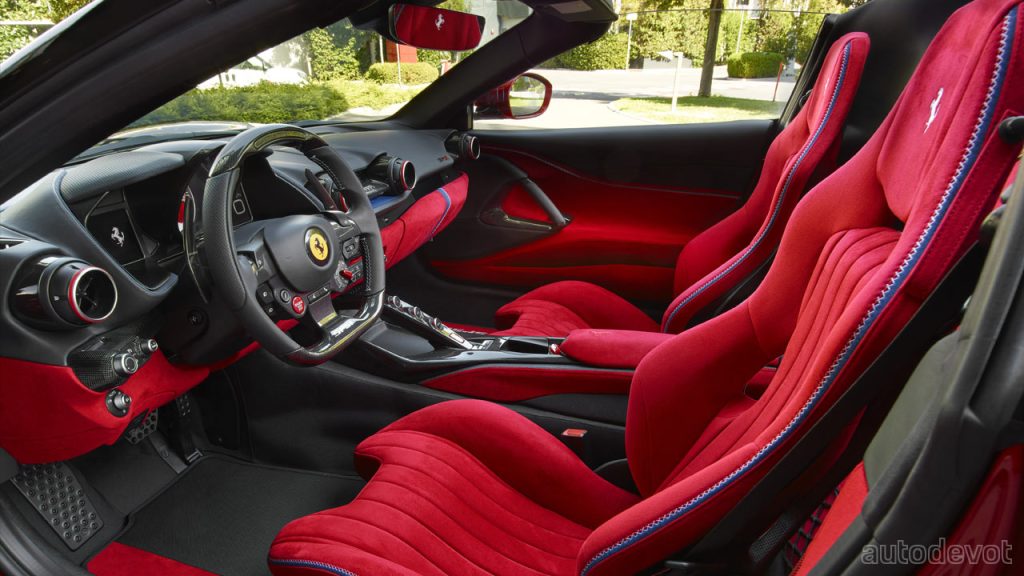 On the inside, it’s pretty much an 812 GTS except for a bespoke color theme. Speaking of which, it’s the same combo of Rosso Passionale with blue and white contrast touches. The generous usage of Alcantara is contrasted with blue Kvadrat inserts on the door panels, the lower section of the dashboard and the sides of the seats. Gloss carbon accents have been extensively used throughout the interior where it pairs with the Nero Momo Opaco elements.